Last June, Gonzalez and his girlfriend, Laura Virdo, gave up their Kensington loft and moved closer to Valdez. Gonzalez’s new one-minute commute meant the couple could buy a puppy, and immediately after moving in, they got a miniature bull terrier. They named her Kensie, short for their old ’hood.

For the first two weeks living in their new King West condo, Gonzalez couldn’t figure out how to turn on the oven. Finally, he asked a neighbour. (He was only slightly embarrassed.)

Gonzalez still loves to spend his downtime in Kensington. After a busy service, he and Dustin Gallagher from Peoples Eatery unwind at Cold Tea. His favourite new addition to the market is Arturo Anhalt’s Mexican sandwich shop, Torteria San Cosme. Gonzalez also buys produce in Kensington, although he doesn’t have a go-to vendor. “I just grab what looks good,” he says. 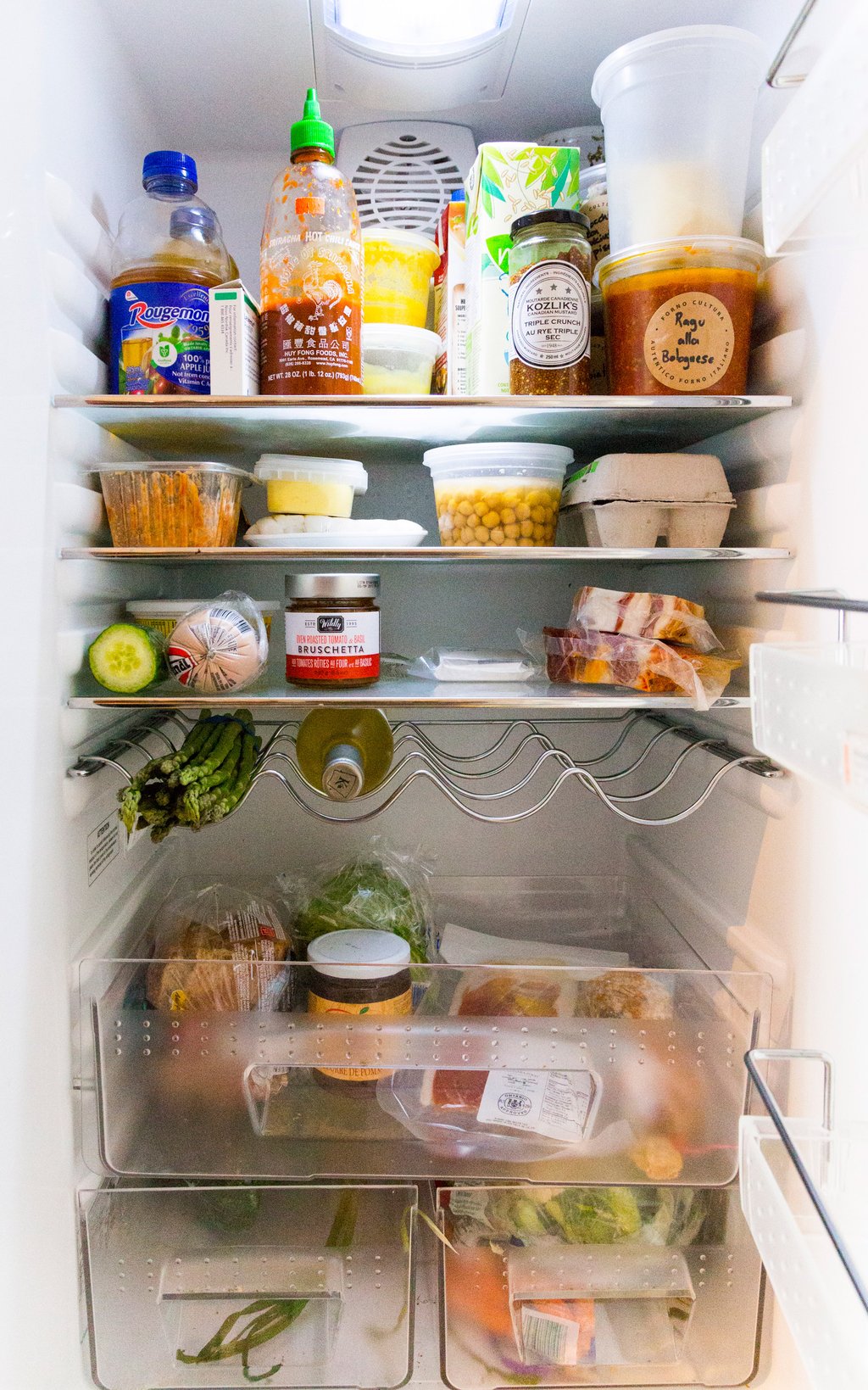 Because they both have busy schedules, Gonzalez and his girlfriend don’t share too many meals at home. But they reserve Sundays for each other, and Gonzalez will often make a big breakfast with eggs, bacon and home fries. For lunch, they’ll grab sandwiches from Forno Cultura. And although Virdo tends to avoid carbs for health reasons (she’s diabetic), she can’t say no to gnocchi. Her favourite treat is homemade gnocchi in a Gorgonzola cream sauce. 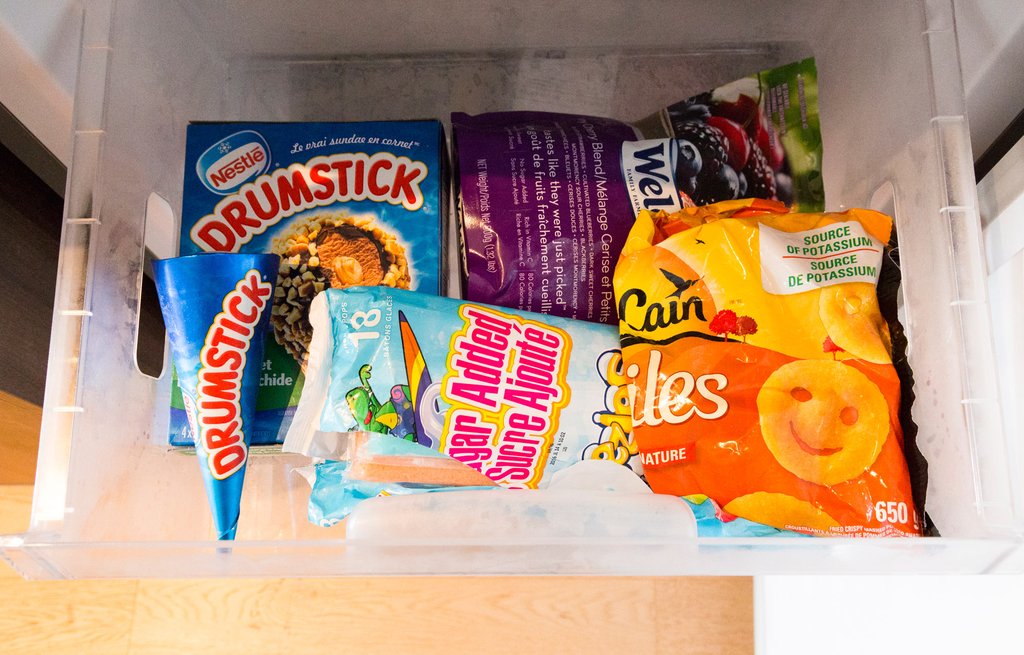 Growing up in Mississauga, Steve Gonzalez always had pets. When he moved downtown to pursue his culinary ambitions, the long hours meant he barely had time to eat at home, let alone take care of an animal. “I guess I missed having animals around,” he says,“so I started collecting ones that I didn’t need to feed.” 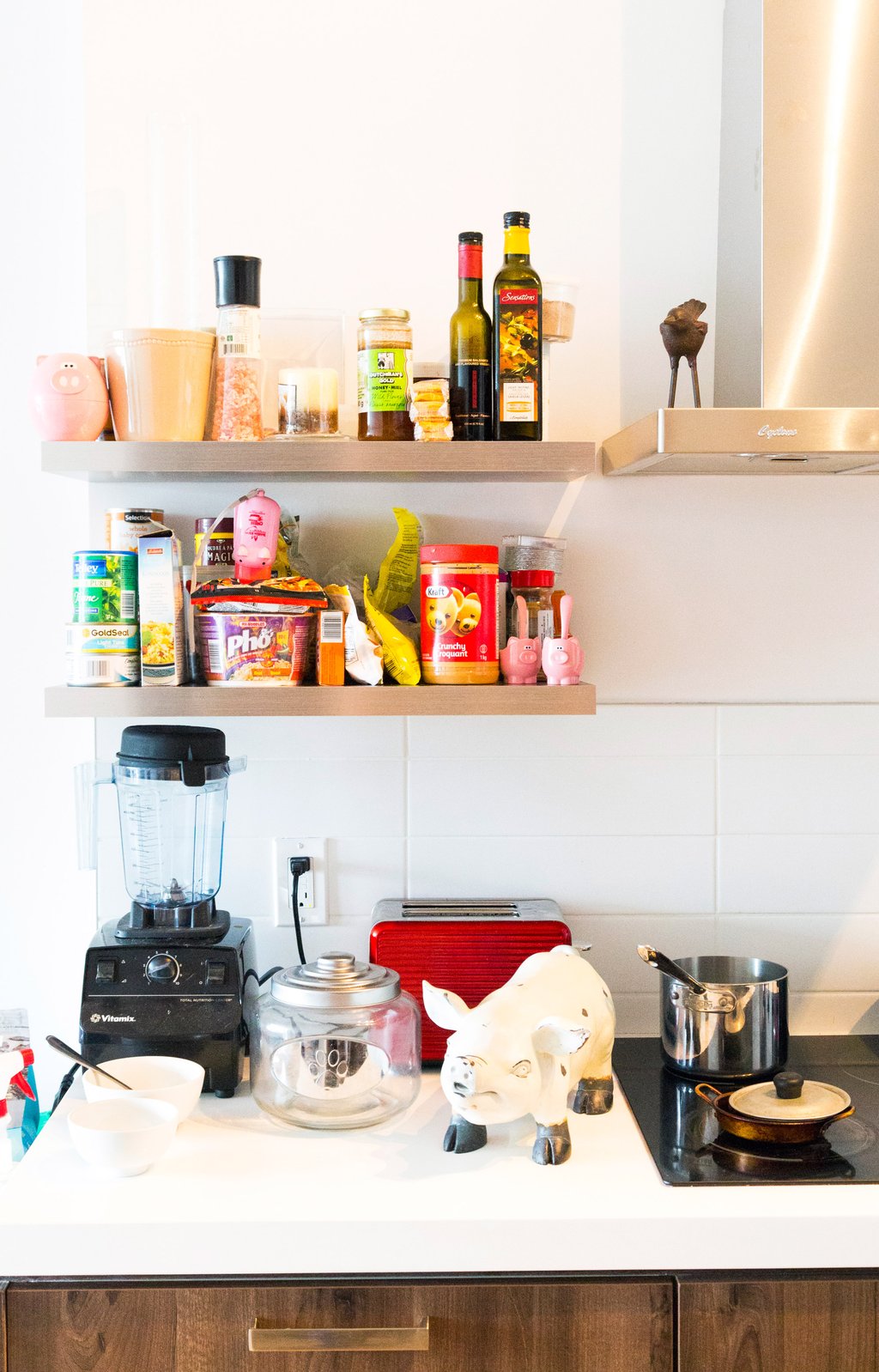 Here’s a look inside the cutlery drawer: 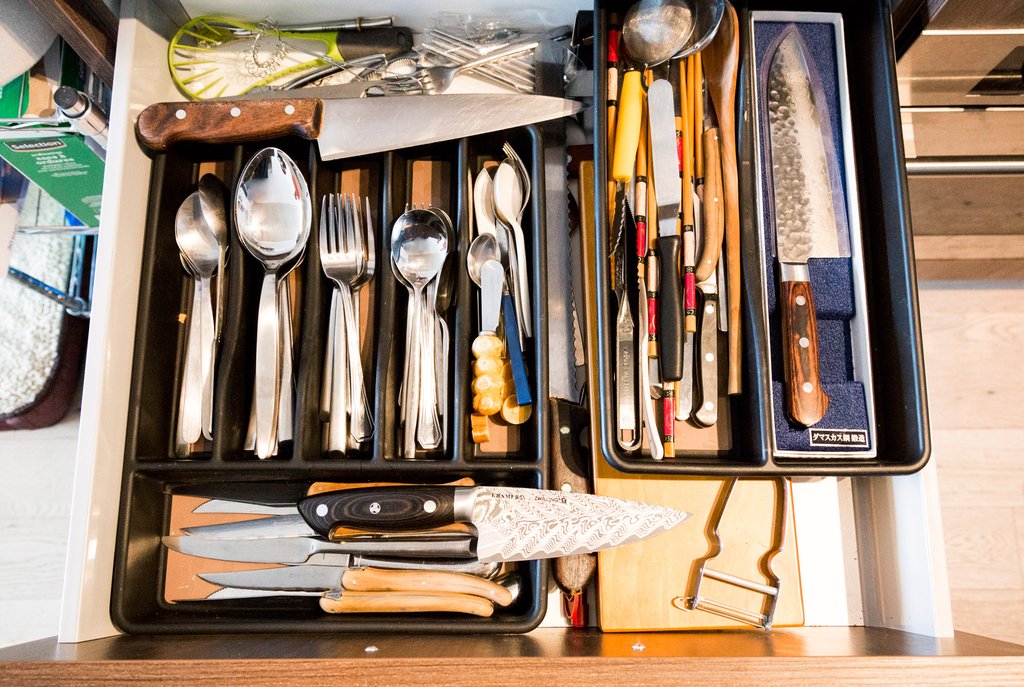 His original knife kit was stolen when he was 22. German kitchenware brand Zwilling recently gifted him a new one: 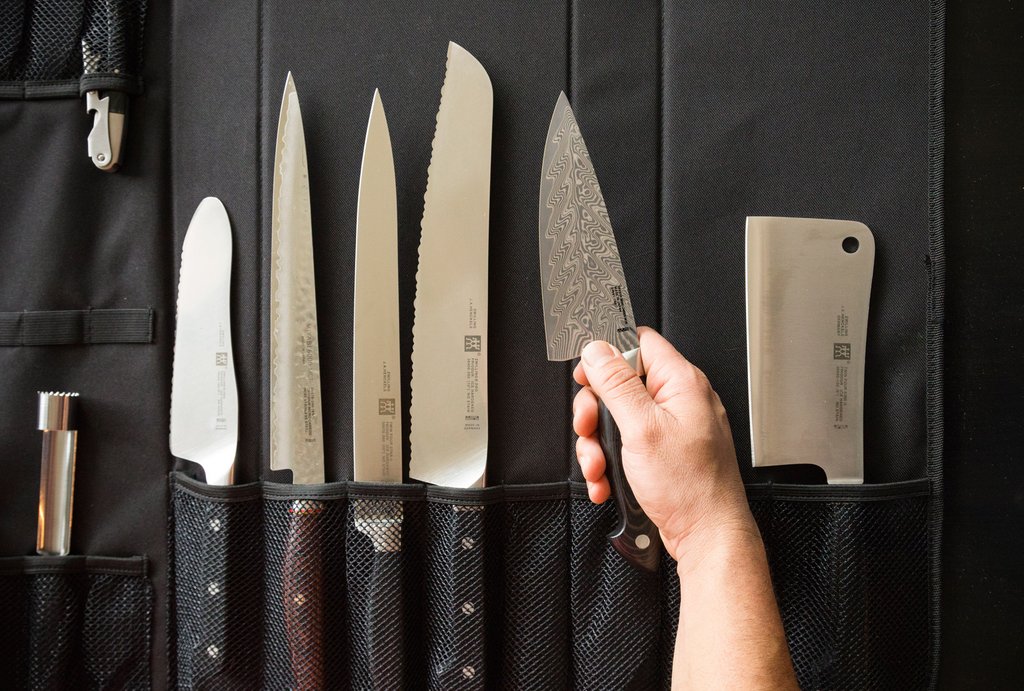 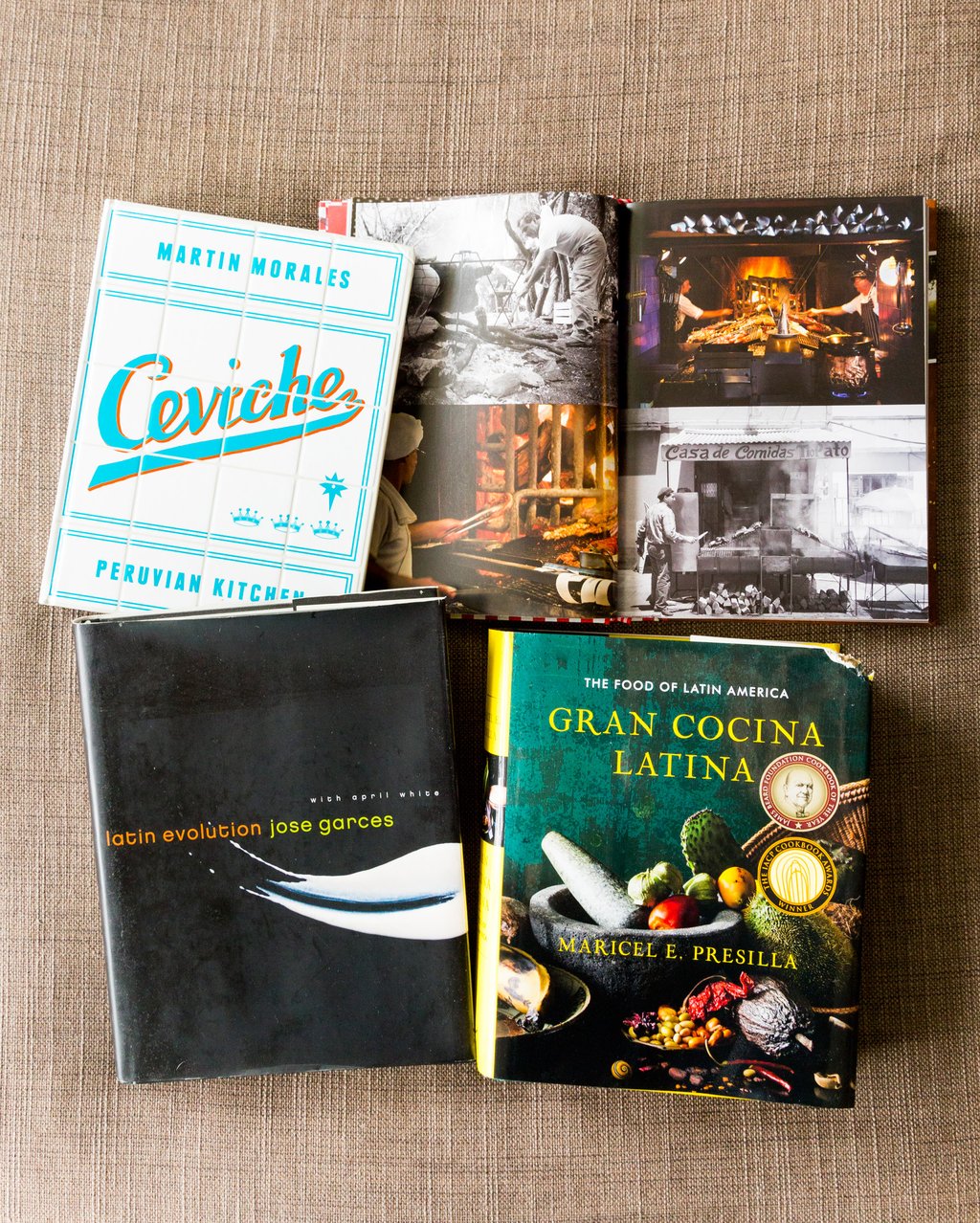 Gonzalez is a tequila junkie, and right now he’s on a Casamigos kick. He’ll drink the blanco with soda water and lime, and he likes to use the reposado for cooking (recently he used it to caramelize bananas). As for the añejo, he drinks that straight:

The couple usually drinks yerba mate to pep them up before they go out for the night. Virdo is Uruguayan and grew up drinking the stuff: