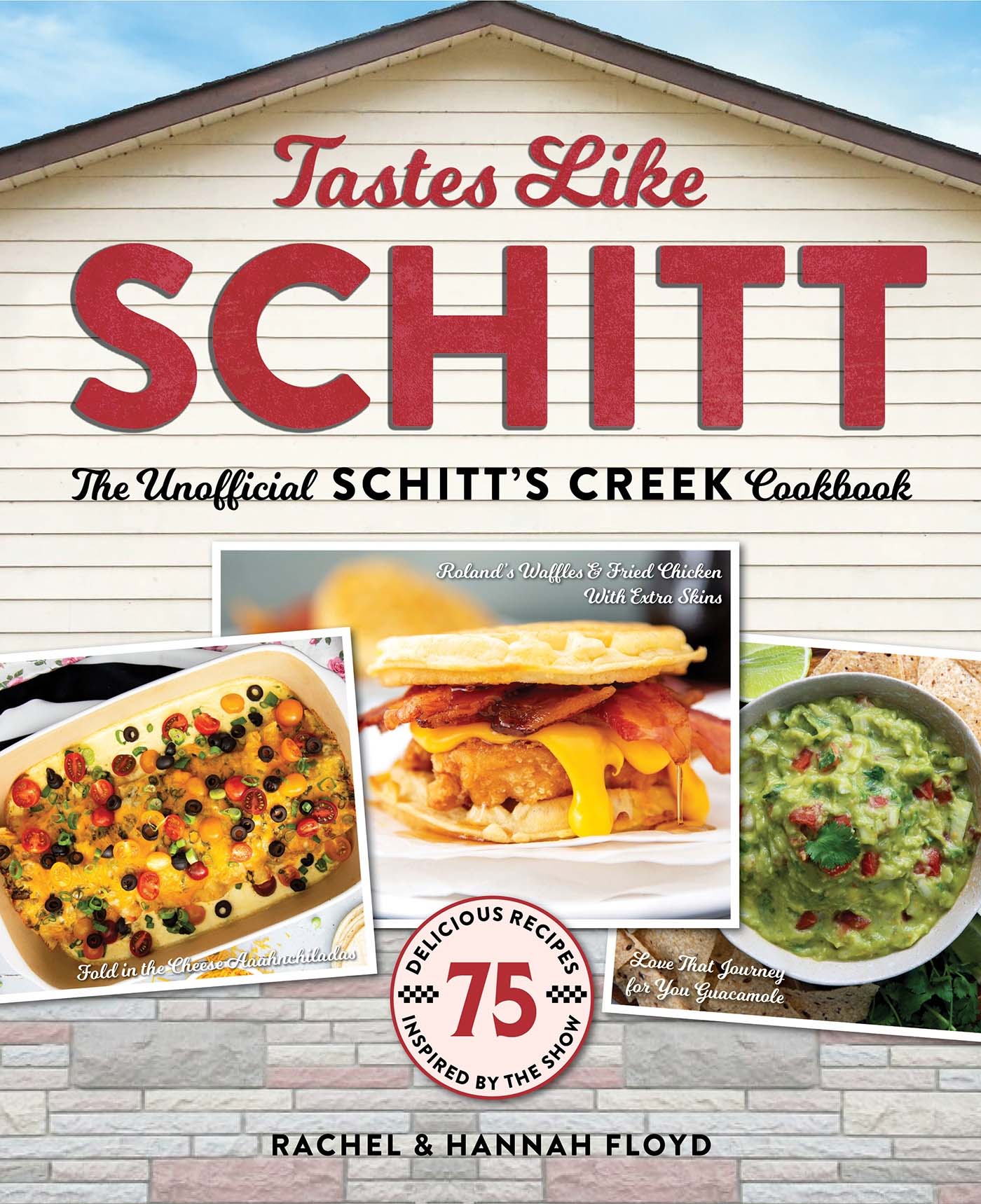 Like many of us, American sisters Rachel and Hannah Floyd sought comfort in the goodness of Schitt’s Creek during the pandemic. Unlike the rest of us, they channelled their love of the show into a cookbook. The delightfully titled Tastes Like Schitt: The Unofficial Schitt’s Creek Cookbook—which is currently number one on Amazon’s Canadian cookbook chart—is a collection of recipes inspired by the mega-popular series. Its unofficial status means that the sisters don’t have permission from the CBC, but they’d really like the Schitt’s team to try their Peanut Butter Things before saying, “Ew, David.”

How do a couple of Californians end up writing a cookbook based on Canada’s number-one TV show?

Rachel: We definitely appreciate why Canadians would feel a sense of ownership over this show. For a while, it was this little secret treasure on Canadian airwaves, and then suddenly it’s the biggest thing in the US.

Hannah: It was actually our mom who turned us onto it. At first it was like, “Yeah, okay mom”—she doesn’t always give the best TV recommendations, or it’s just that we don’t have the same taste. I’m sure Call the Midwife is great, it’s just not my kind of show.

Rachel: We started watching, and at first it was like, okay, this is pretty good. And then it just kept getting better and better. During the pandemic it was one of those shows you could watch again and again.

Hannah: Rachel and I were living in different cities during the pandemic, so this was our way of hanging out. We were bingeing the show at the same time, and we would text our favourite quotes back and forth. I work in a hospital, so spring and summer 2020, those were some very bleak times. Watching Schitt’s Creek was like comfort food when I really needed it.

How did you go from “We love this show” to “Let’s write a cookbook”?

Rachel: We started texting each other funny Schitt’s-inspired recipe names: Fold In the Cheese Aaahnchiladas, Sloppy Jocelyn’s. They were all inside jokes based on the show.

Hannah: I came up with Dead Guy in Room Four Cheese Macaroni. I was pretty proud of myself for that one. We were like, okay, somebody has to make this cookbook, and then we were like, maybe it could be us.

Do either of you have a culinary background?

Hannah: When I was editor of my college newspaper, I introduced food reviews of local restaurants. I was trying to bring in new readers, and food is one of those topics that tends to be really universal. As a teen and in my 20s, I worked in restaurants—quite a few 1950s-themed restaurants for some reason. And then a few years ago I taught a cake decorating class as part of a community learning project. Baking is my thing. I love my career as a speech pathologist, but part of me always dreamed of opening my own cupcake shop.

Rachel: I studied food systems and food policy. I’ve worked on federal nutrition programs and food safety, so it’s not the creative side of things, but I’ve always really loved food. And the other thing that was key is that I had gotten into self-publishing in 2019. I love the idea that there are these levers you can pull to get your work out into the world. I started an independent publisher called Little Bison Press, and I self-publish children’s books about national parks.

Rachel: It was never about having a big audience. I also published some adult colouring books, some activity books. But this was the first cookbook I published. We probably spent about six months coming up with recipes and then testing them out.

Hannah: That was the fun part. I would bring whatever we were working on into work to share with colleagues. The Farm Witches Peanut Butter Things were a big hit. Those are one of the recipes I’m most proud of.

Is there anything in the book that you wouldn’t eat?

Rachel: I would say the Dorito Casserole isn’t something you would want to have on a regular basis. We knew we wanted to do it because it’s such an iconic thing from the show, and the recipe actually turned out well, but I remember thinking, if this doesn’t work, we’re not trying it again.

Presumably the “unofficial” part of the title is to avoid any legal issues?

Rachel: Yes. I don’t think we ever really considered going through the official channels. This really was more of a fun side project. We released the self-published version in December 2020, and we sold about 7,127 copies. Then, a few weeks after the book was released, we heard from a publisher called Media Labs. It was funny because at first we published under a pseudonym—just to be on the safe side. The publisher tracked us down by reaching out to the artist who did the original cover illustration of a motel. They pitched us on how they could get us in front of a wider market.

Hannah: It was definitely a lot more work. For the re-release, we added about 30 new recipes, new art and some trivia content for fans.

Obviously the effort paid off. Your book is currently number one on Amazon’s Canadian cookbook chart. Congrats! What have you done to celebrate?

Hannah: Thanks! Yeah, that’s been really exciting and not something we expected. We both did launch parties where we live: my boyfriend threw one for me, and a bunch of friends made and brought different recipes from the book.

Rachel: I’m so proud and a little bit sheepish too, especially as a non-Canadian. I know Canadians are no strangers to imperial units, but I feel hyper-aware of our American frame of reference.

Have you heard anything from the official Schitt’s Creek team?

Hannah: Not that we’re aware of—I’m sure they are busy with other things. If they do hear about it, though, I hope they see it as a tribute to a show that has meant so much to so many people.

Maybe you should send Dan Levy a Dorito Casserole and see what he says.

Hannah: I think I would rather send him the Peanut Butter Things.

Rachel: For me it would be the Lock and Key Lime Pie. It’s a unique recipe that’s been in our family for a long time—it was the recipe that someone always made for our father on his birthday. Maybe Dan could share a piece with Eugene.