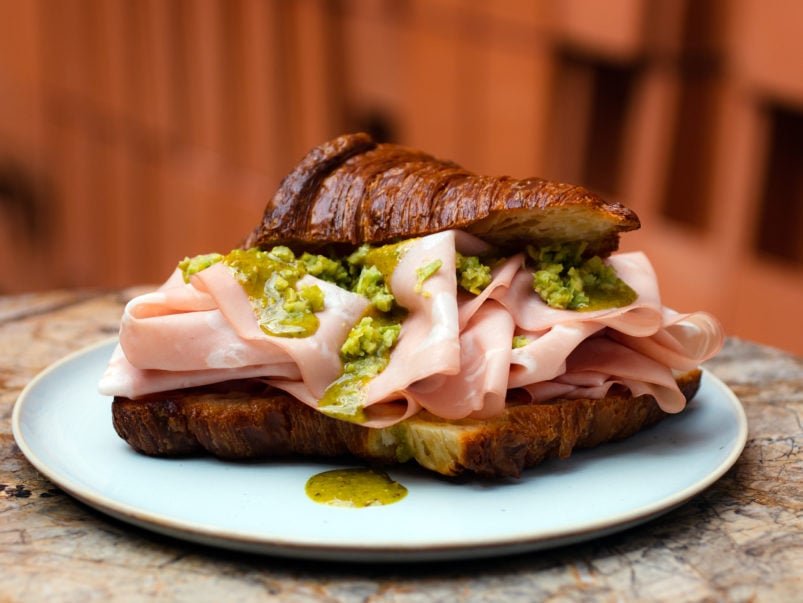 Sub philosophies range from “get your house-made-everything away from my hoagie” to “only the finest artisanal mayonnaise for my sandwich, please.” The building blocks of any sub worth its salt are indisputable, though: The bread must be sturdy enough to hold its own. All toppings—meat, veggies, sauce—should be balanced. It must not be soggy. And if you’re not a little uncomfortable after eating it, it wasn’t big enough. Wherever you stand on the continuum, there’s a sandwich in Toronto to suit your taste. Here, five subs you need to try right now. 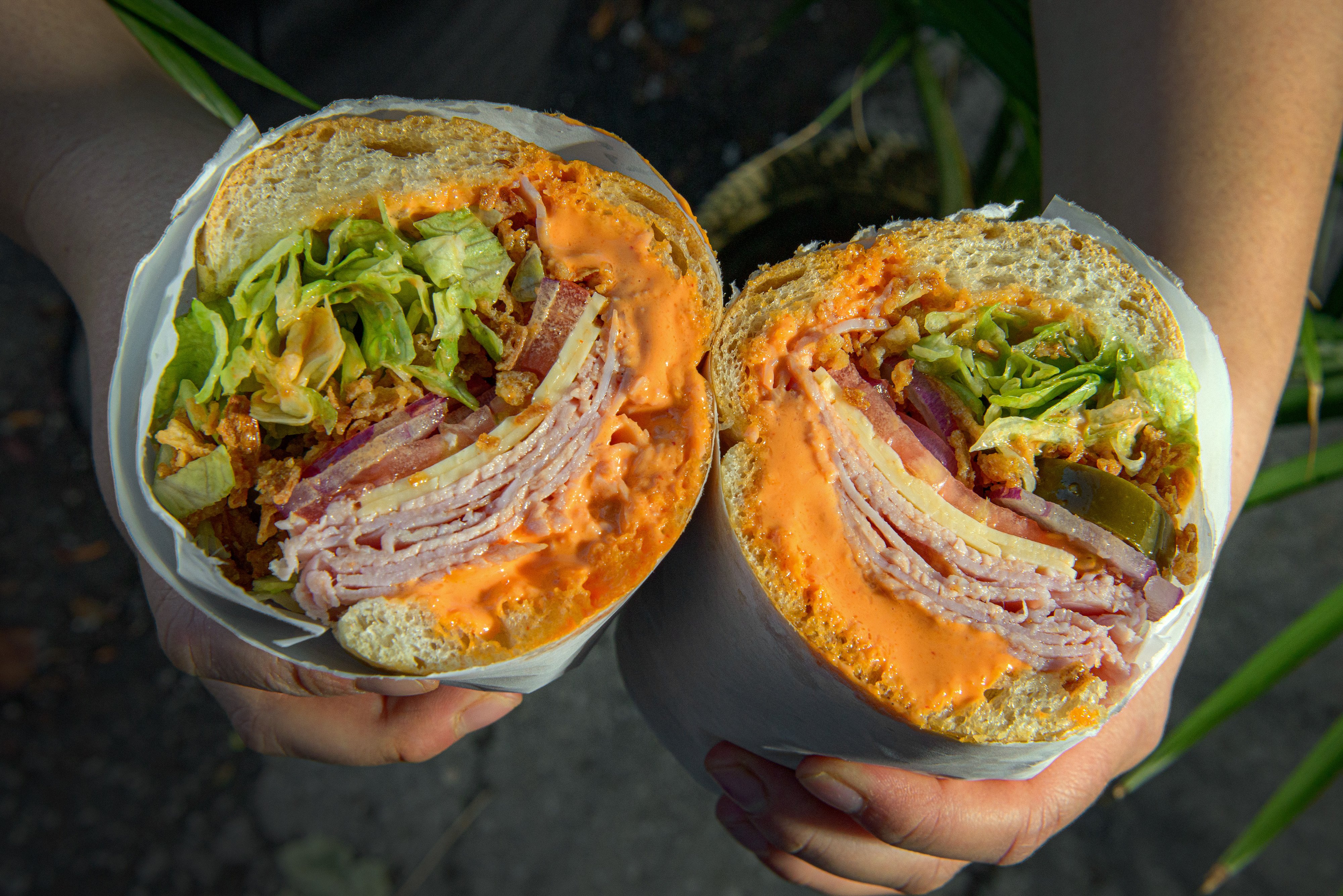 The one with crispy onions

1 If you’ve never gone out of your way to try a German sub, now is the time to reconsider that life choice. “Ham is our favourite meat, and we really like to eat spicy food,” say Sarah and Artin Davoodi, who moved from Cologne two years ago and now co-own Rosedale’s adorably named deli Grandma Loves You. Their crispy ham sandwich comes loaded with German ham and cheese, a smoky and tangy house-made hot sauce, lettuce, tomato and jalapeños. A healthy sprinkling of their signature topping—addictively delectable crispy onions, available on all the sandwiches—seals the deal. $10.59 footlong, $6.99 six-inch. 1084 Yonge St., 416-925-5547, grandmalovesyou.ca 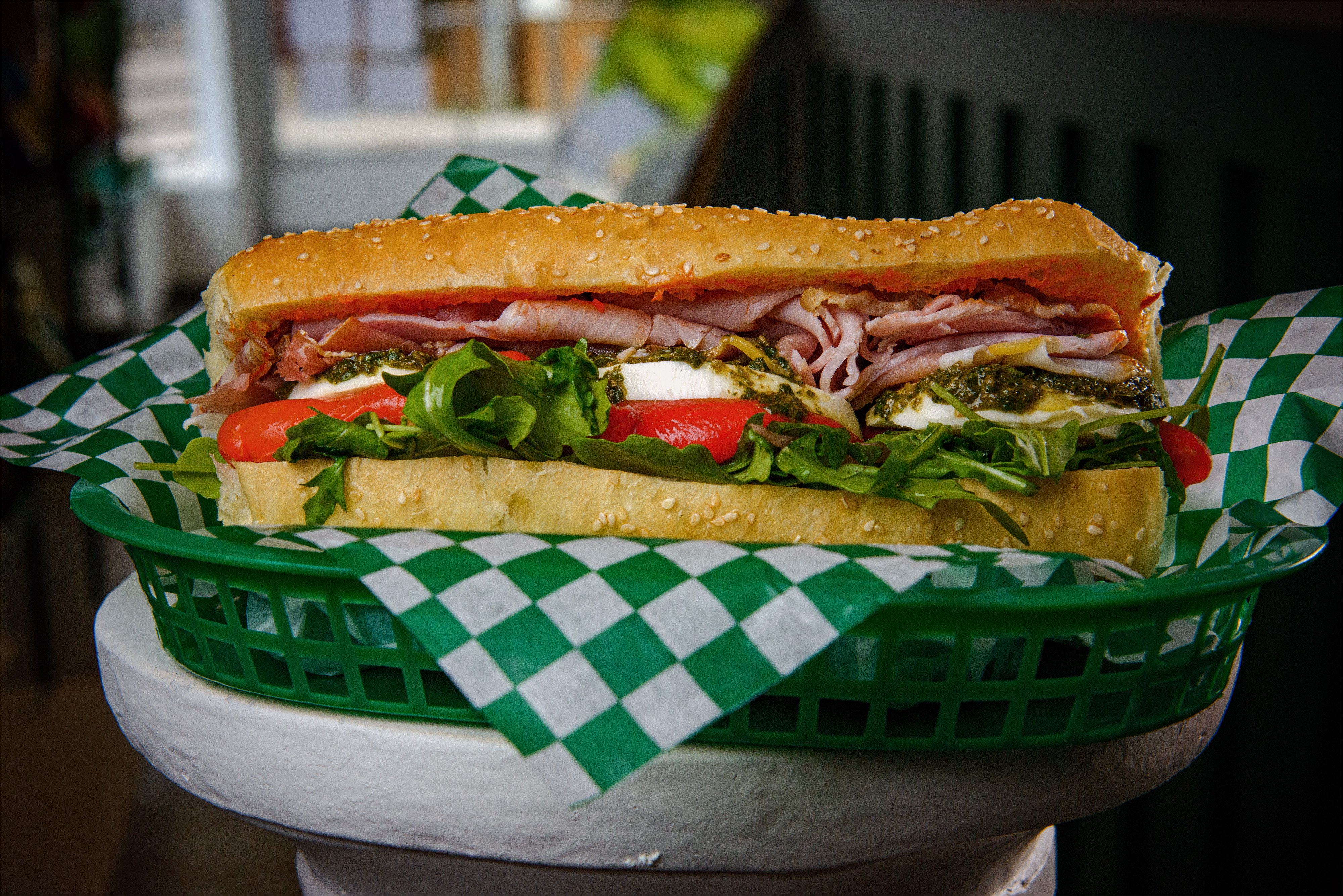 The one with fermented chili spread

2 Lambo’s Deli and Grocery opened in early October to a snaking line of customers hungry for their subs. They’ve since shifted to online pre-orders, which should make getting their Italian Trio sub less of a challenge. Mortadella, capocollo, and prosciutto form the foundation which is then decked out with a hefty chunk of fior di latte, roasted red peppers, house-pickled red onions, arugula, house-made pesto and fermented Calabrian chili spread on a tender but sturdy sesame seed bun. It’s juicy, but not soggy—a difficult balance to strike. You can also get more of the tart chili sauce on the side for an extra buck—the same goes for their house-made pesto, tapenade and muffuletta spread. $14. 176 Bellwoods Ave., 416-703-3688, lambosdeli.ca 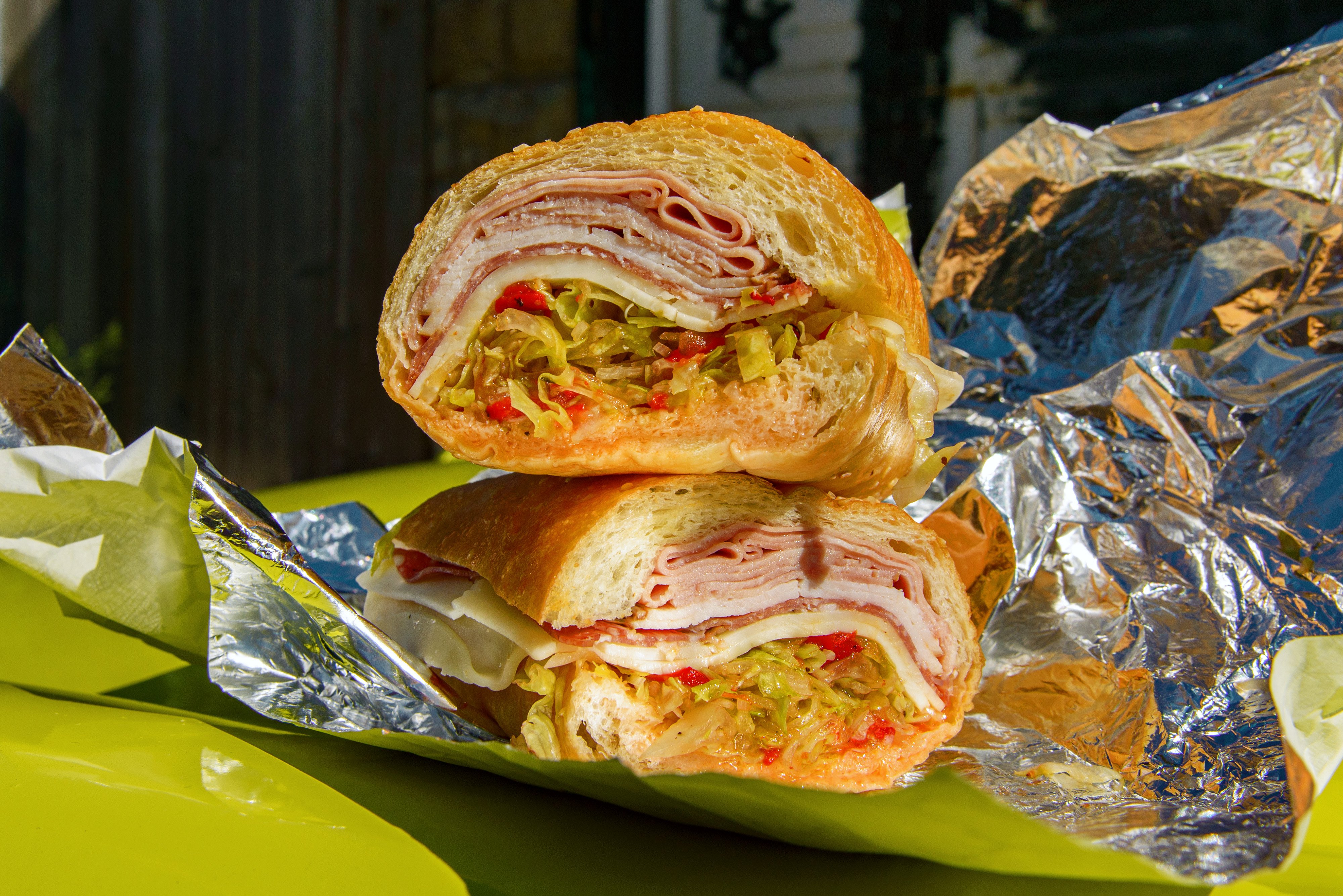 The one designed by Matty Matheson

3 This sandwich has been on Maker Pizza’s menu since day one. It’s a classic Italian deli number inspired by the sandwiches sold at N.Y.C. bodegas, and features four kinds of meat (mortadella, smoked turkey breast, Genoa salami and black forest ham), two types of cheese (provolone, mozzarella), and an assortment of tasty toppings: shredded iceberg lettuce, white onions, pickled jalapeños, pepperoncini, roasted red peppers and classic sub sauce. It comes with two whole pepperoncini peppers on the side and a bag of Ms. Vickies, though you’d be well advised to tack on one of Maker’s warm and chewy chocolate chip cookies to your order. $13. 59 Cameron St. and 1537 Avenue Rd., 416-782-2000, makerpizza.com 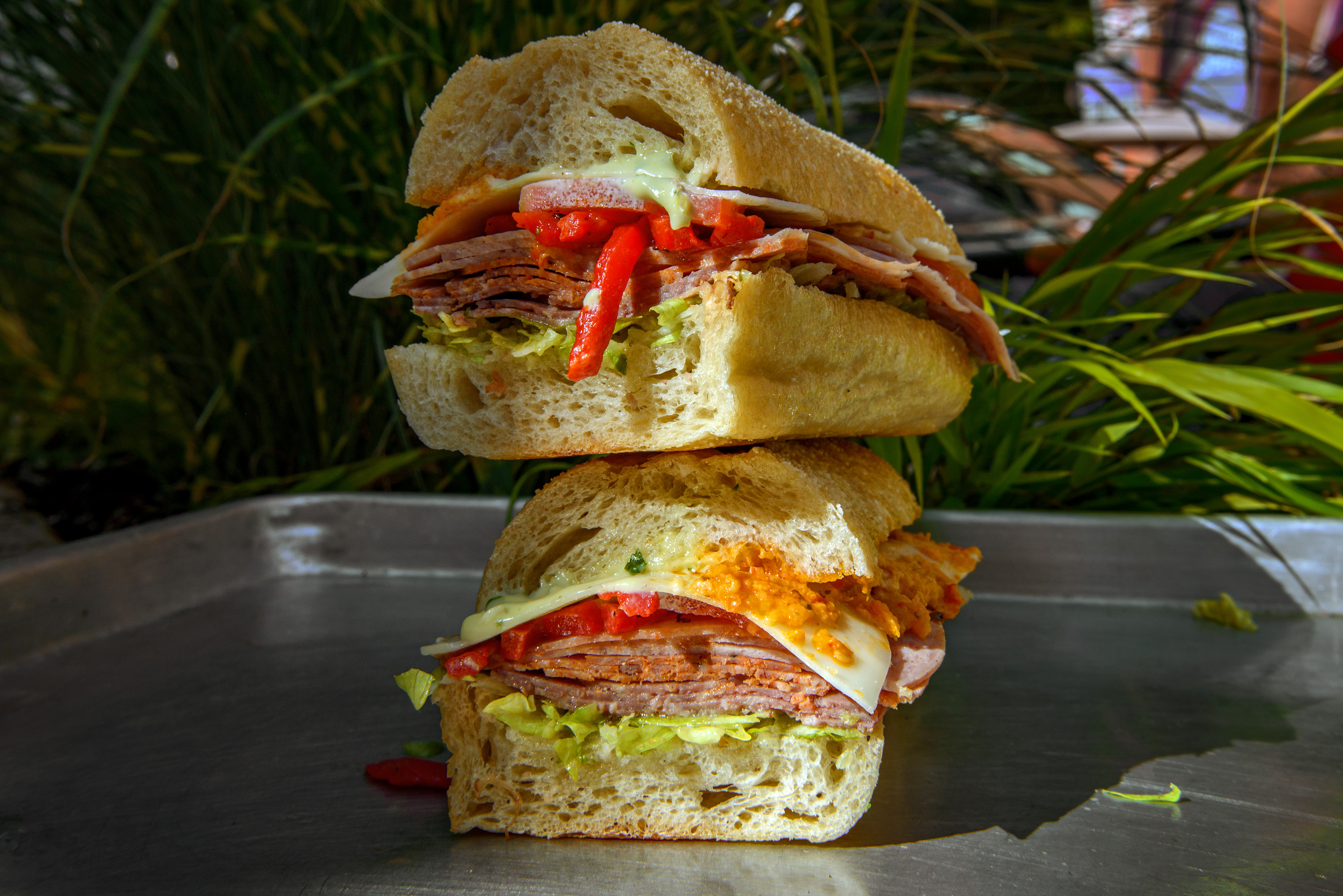 The one named after The Godfather

4 The charmingly named Don of Elm Street sandwich is, like every other one on the menu, a playful nod to cinema (see also the Sammy Davis Jr, Il Capo and Tommy Gunn). We think Vito himself would approve of this combo of mortadella, pepperoni, salami and sweet provolone loaded with house-made roasted red peppers, basil aïoli, and muffuletta spread. It’s all piled high on a tender (also house-made) bun, which has just enough crunch and body to hold its own against the protein trifecta and toppings. Eat it while bingeing The Godfather and practicing your best Don Corleone. $13.95. 15 Elm St., 416-591-6411, @elmstdeli 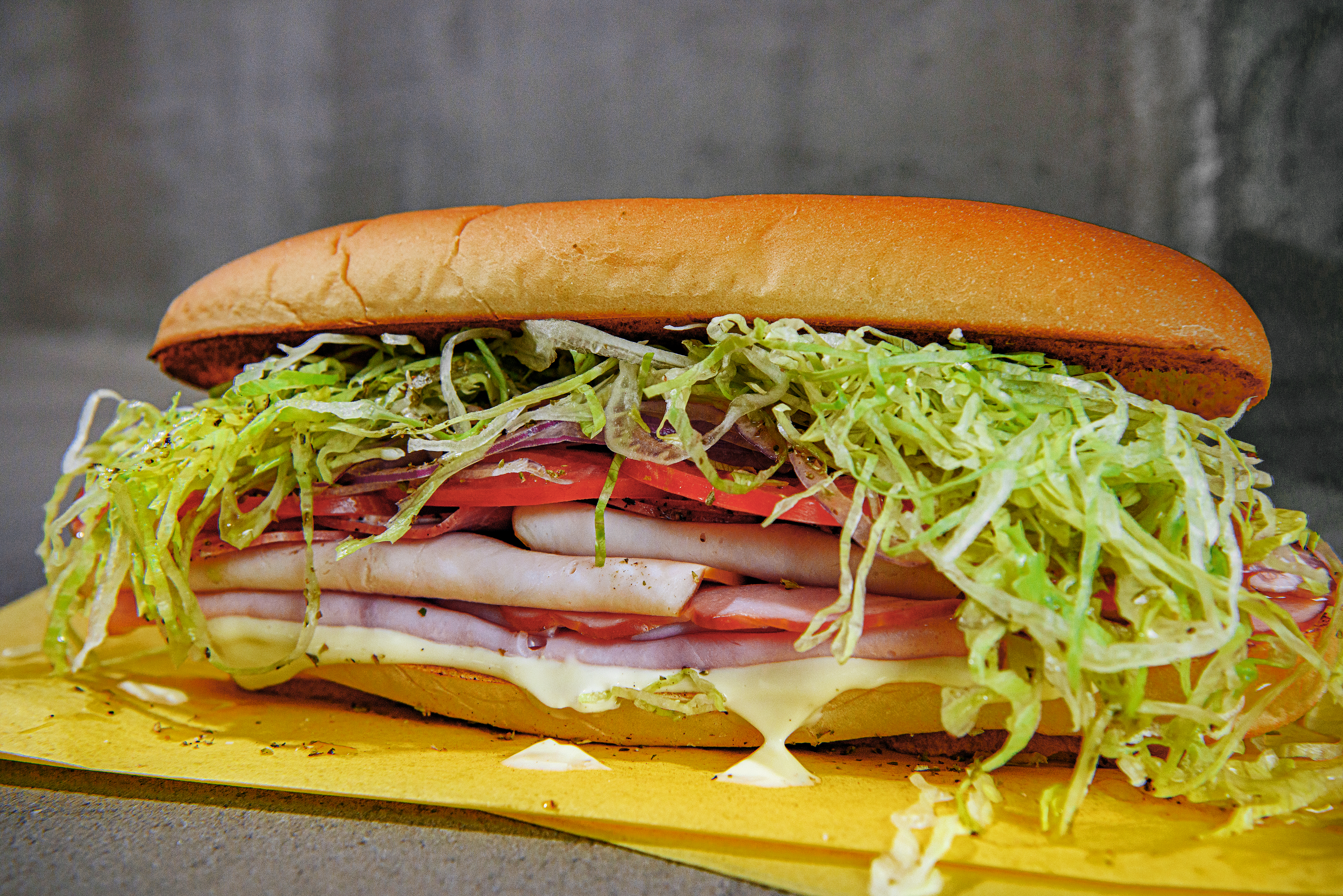 5 You’ll find chef Jesse Fader (Superpoint, Nice Nice, Paris Paris) slinging these perfectly no-frills subs out of Extra Burger for the time being. No surprises here, but no letdowns, either: the cold cut sub has turkey, ham, capocollo, ribbon Swiss cheese, mayo, tomato, onion and a crunchy pile of lettuce shredded so thinly you’d think it was done with a razor blade. A1 is set to open a stand-alone shop next door to the burger joint sometime soon, so keep an eye on this location. $12. 1265 Dundas St. W., no phone, @a1submarines