Colourful drinks, beachy vibes and a cocktail takeout window: How the patio at Toronto’s new tropical bar came together

Colourful drinks, beachy vibes and a cocktail takeout window: How the patio at Toronto’s new tropical bar came together 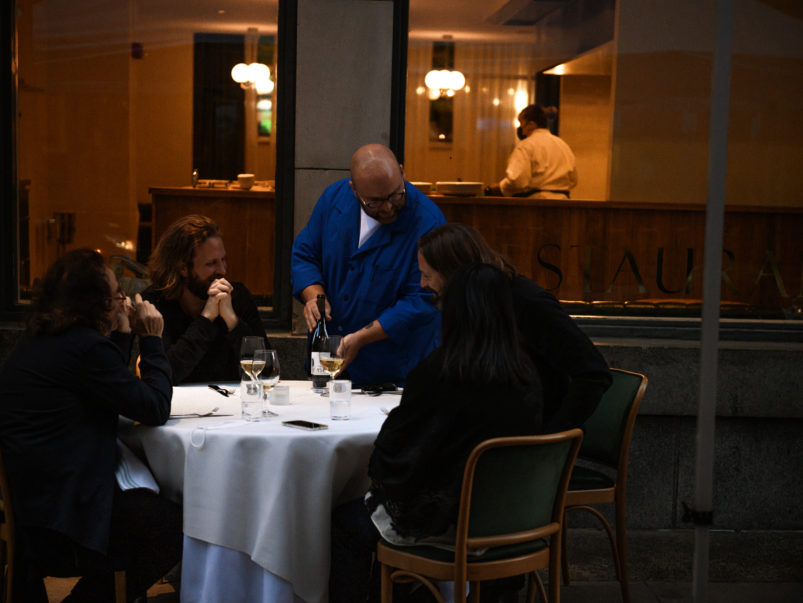 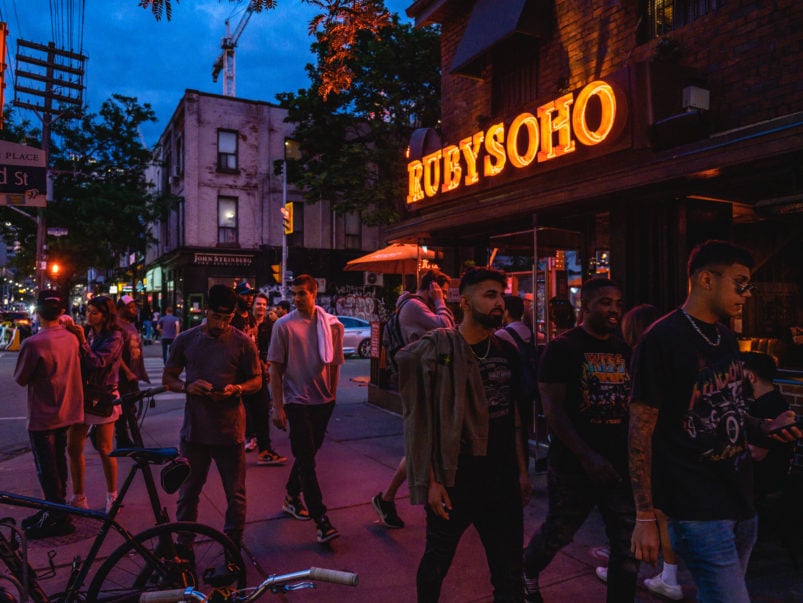 Alana Nogueda took possession of what is now the Port Light, in Bloorcourt, way back in September 2020. Nogueda, who has been the co-owner of Parkdale’s Shameful Tiki Room since it opened in 2015, was able to renovate the space (previously Artegelato) in about a month and a half. Then, in late October, the Port Light opened to the public for exactly one day, before the province went into lockdown…again. “Not a lot of people thought it was great idea to open a bar right in the middle of a pandemic,” Nogueda says, “But also, not a lot of people knew the pandemic was going to last so long. And that was, partly, us.”

Eight months later—and with vaccine rates spiking and Covid cases plummeting—Port Light is finally (re-)open for business, with a staff of 10, a tropical menu and a decked-out patio that is every inch Shameful Tiki’s Bloor West cousin. Here’s how she set up the west end’s new nautically minded watering hole.

Step 1: Have a contingency plan—and carry it over

In the period between the provincial lockdown last October and the easing of restrictions this June, which allowed patios like Port Light to open at last, Nogueda had to find creative ways to pay rent on the Bloordale space. She leased out the kitchen to Ambassador Pizza, who operated out of the space for five months. The team-up worked so well, it stuck: Ambassador is now collaborating on Port Light’s food menu, which includes a variety of flatbreads cooked up by the Ambassador team, in addition to flatbreads and a house-made jerk patty. “They were helping us out with rent, and we gave them a great kitchen,” Nogueda says, “And we’re just going from there.” 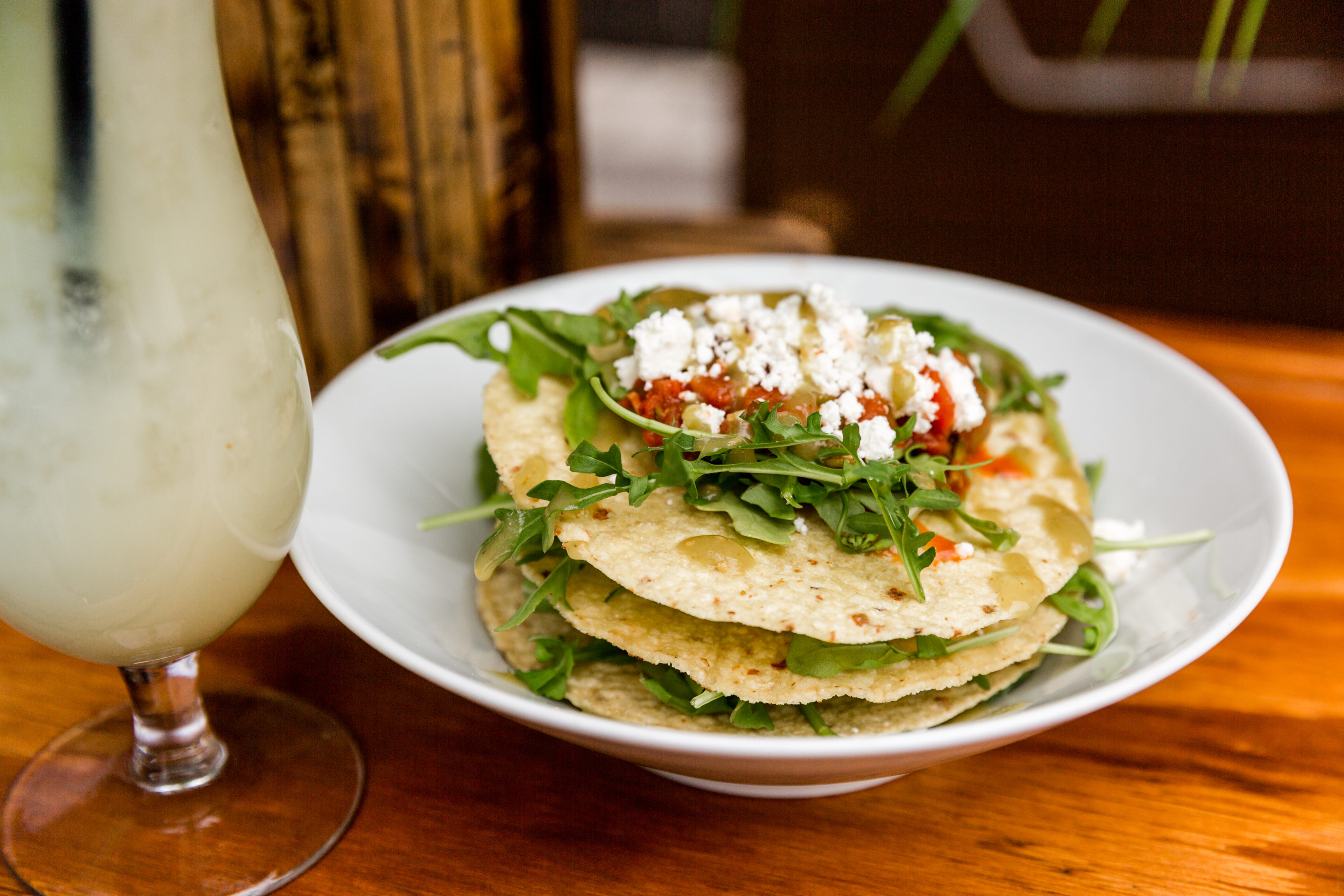 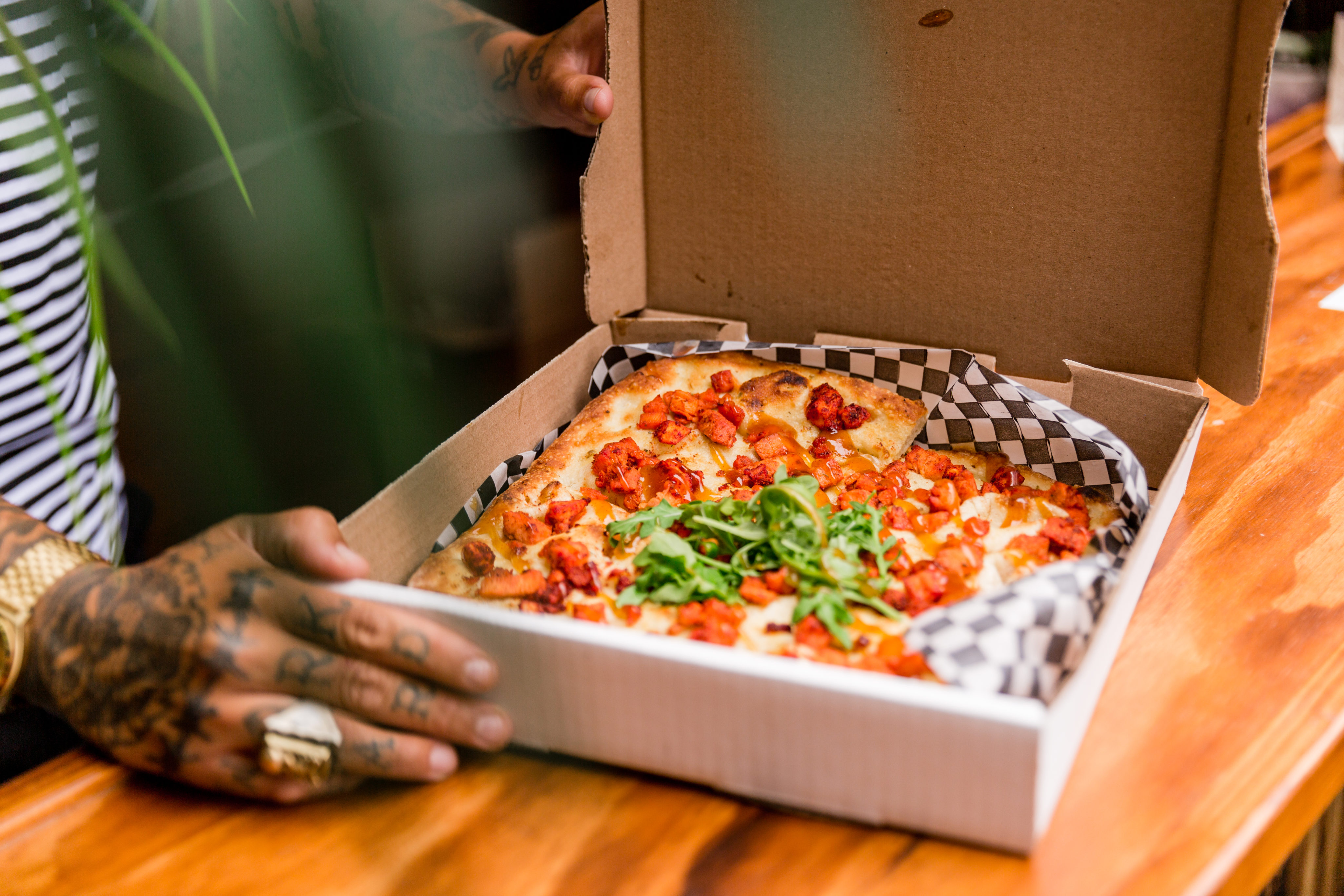 Visitors will notice planks and planks of burnt wood, which comprise not only the charming outdoor bar, but also much of the Port Light’s interior. Nogueda’s friend and collaborator Brian Verch spent what she estimates was 40 solid hours hand-burning the wood, which adds an air of authenticity to the bar’s look. 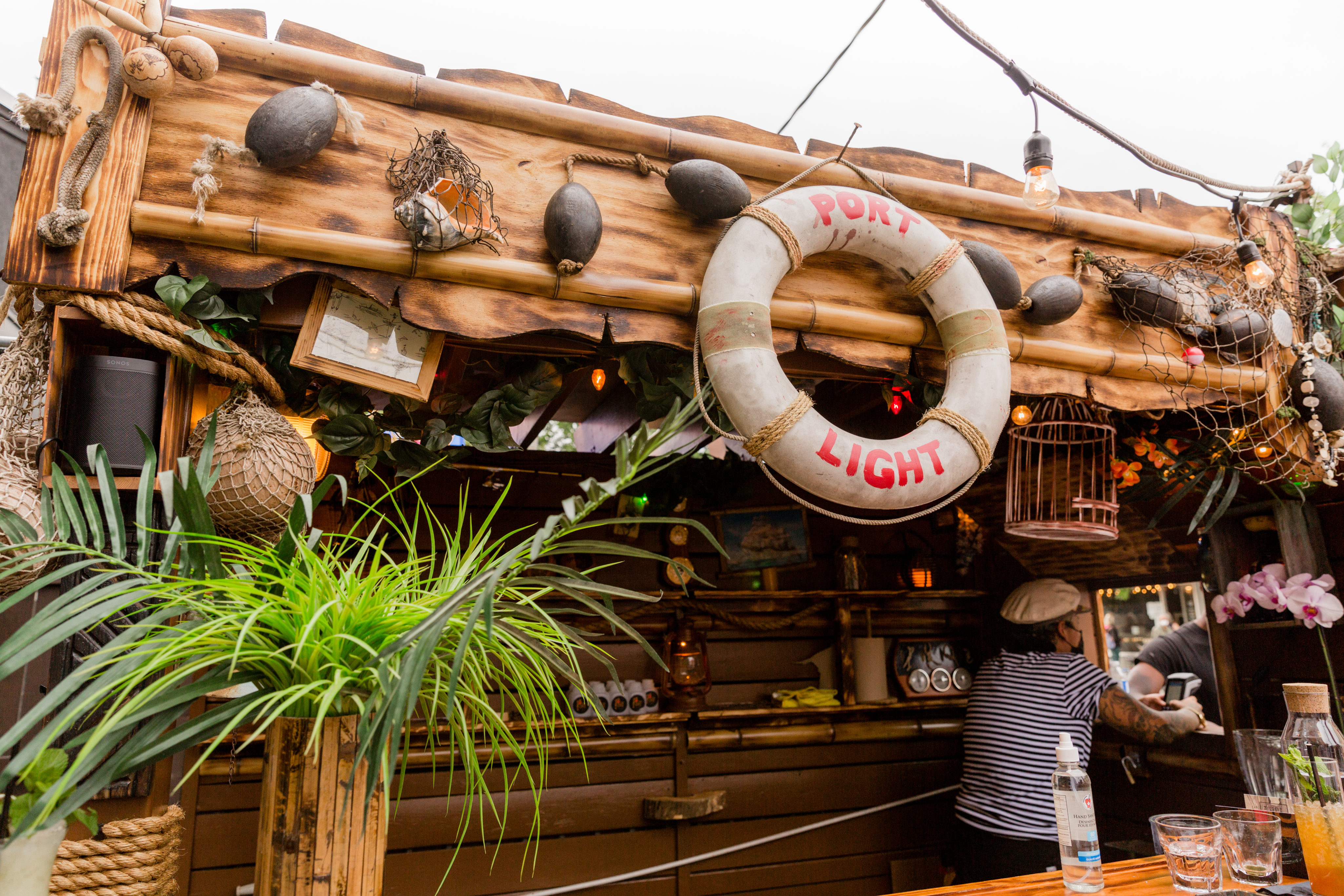 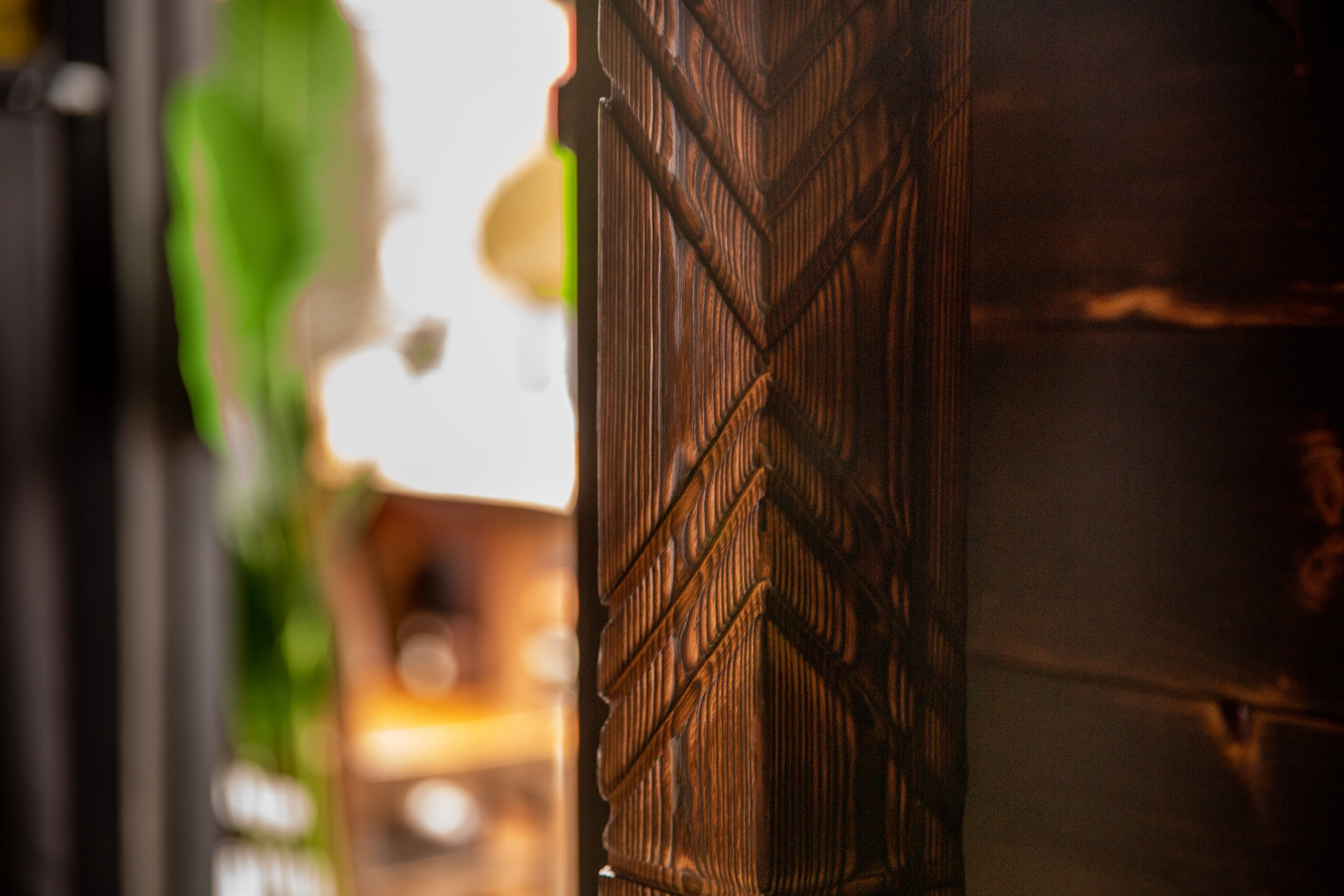 Nogueda and Shameful Tiki co-owner Rod Moore had been talking about opening a second location for a few years, though Nogueda is ultimately at the helm of the Port Light, having picked the location and designed the drinks menu. “Don’t get me wrong, I love Shameful Tiki,” she says. “But this is very much my baby.”

While the drinks menu at the Parkdale bar focuses on classic tropical cocktails, Port Light’s drinkables are classics, with a twist. There’s the Scuba Ube Doo, a riff on the piña colada that’s bright purple, due to the addition of ube; and the Gillman’s Gulp, a Nogueda original, made of cachaça, white rum, sake, matcha, pistachio orgeat and lime, served over ice. Of course, it wouldn’t be the Port Light without an actual port light: the classic cocktail, made of passionfruit syrup, egg white, honey, lemon, and bourbon, is also on the menu. 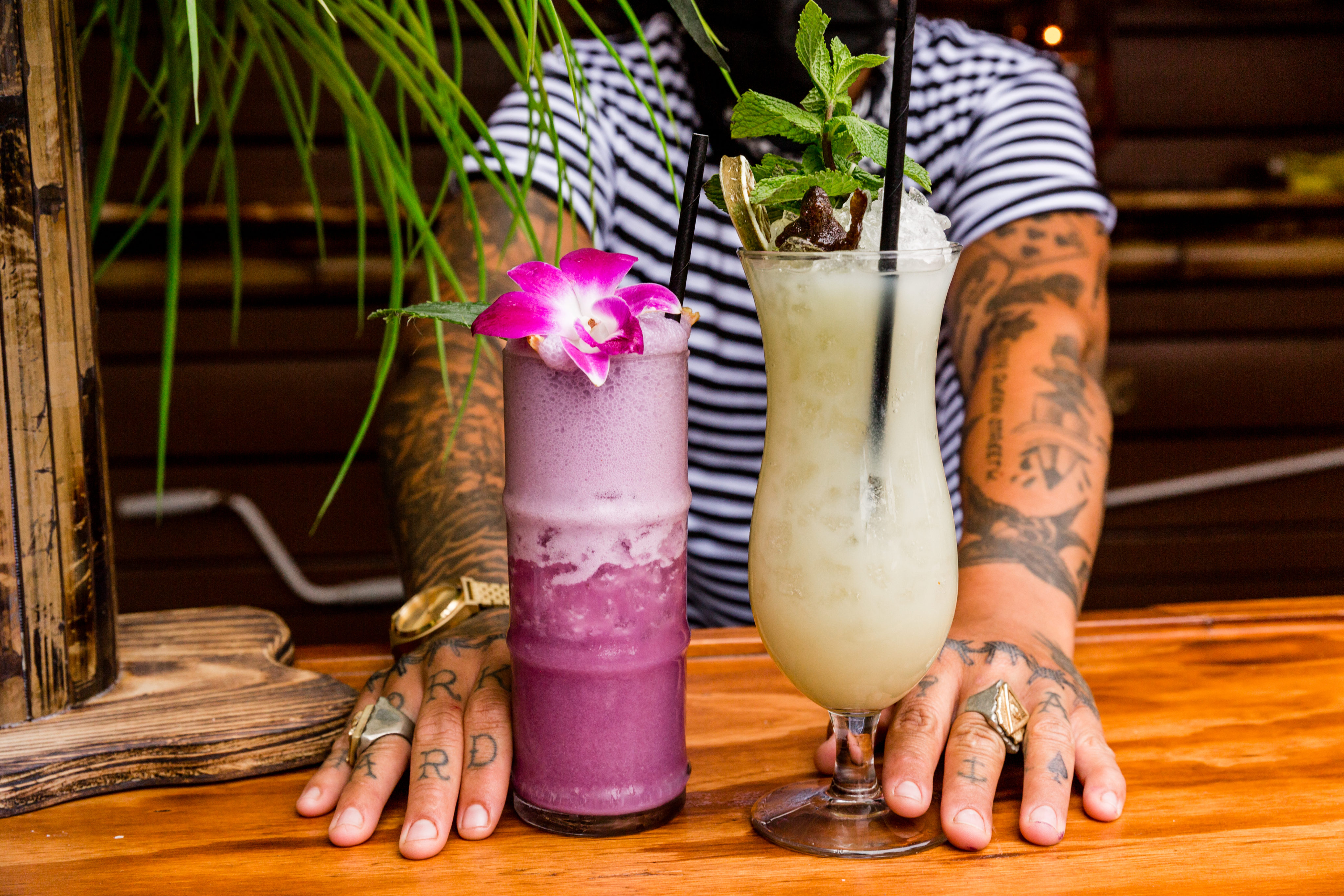 Step 4: Consider those who aren’t ready to patio just yet

Not everyone is ready to park it on a patio—the pandemic is still very much a thing, after all—and that’s okay. For those folks (or for the ones who can’t get a seat on what is sure to be a popular space) there’s a handy-dandy takeout window. Thirsty people can step right up to the sidewalk-facing counter and order up adorable bottled cocktails. “Cocktails to go: the one good thing that the government gave the bar scene all this time,” says Nogueda. 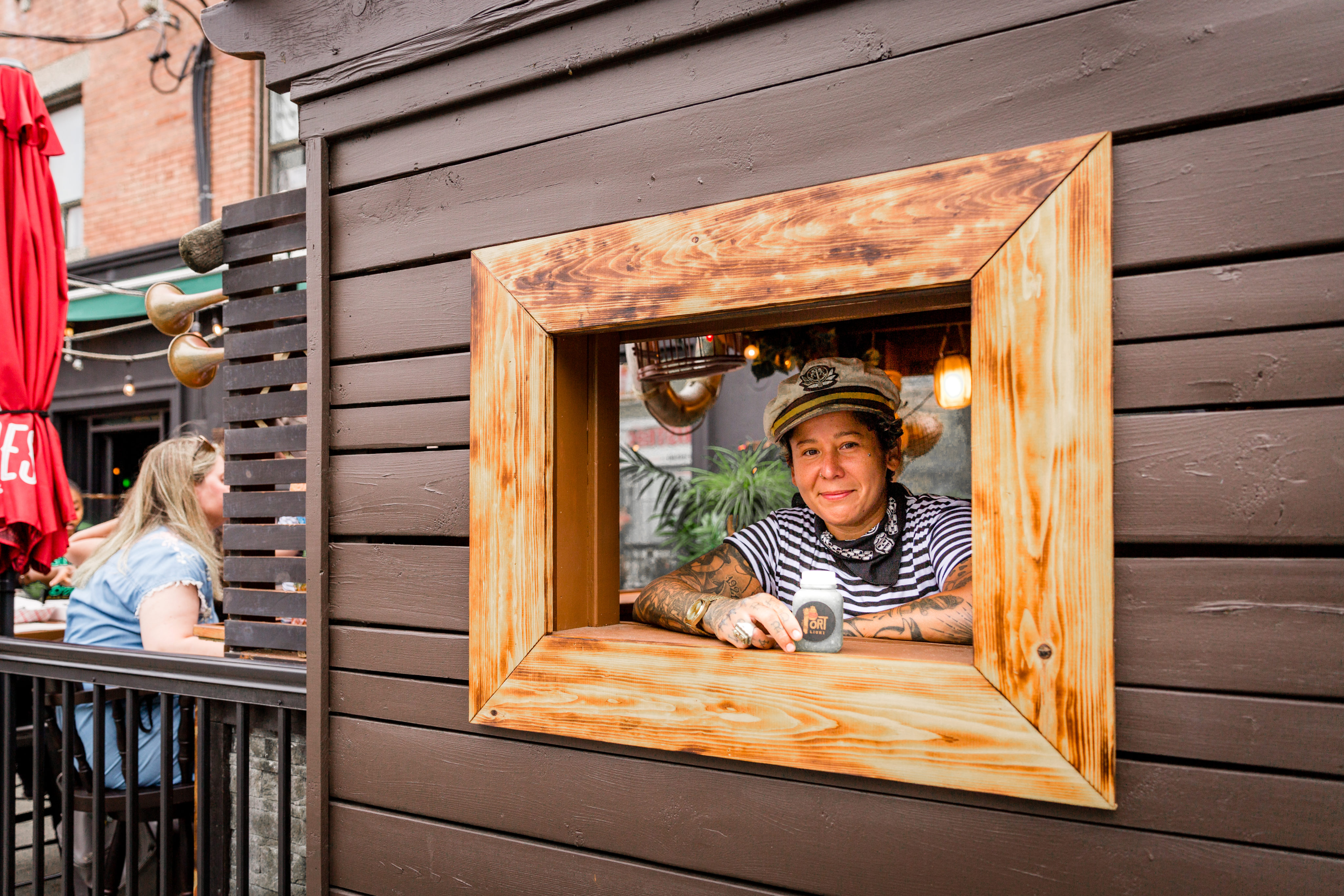 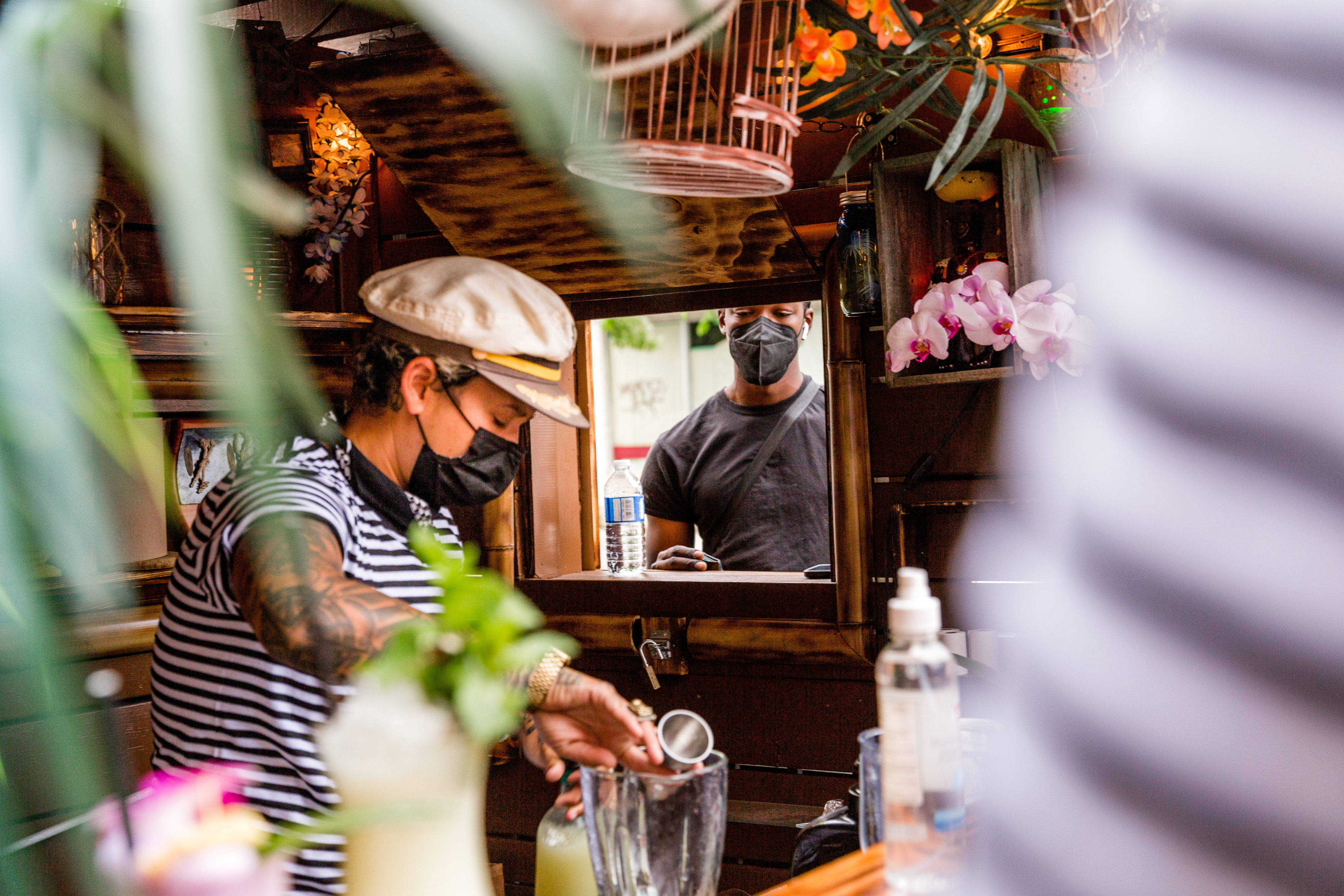 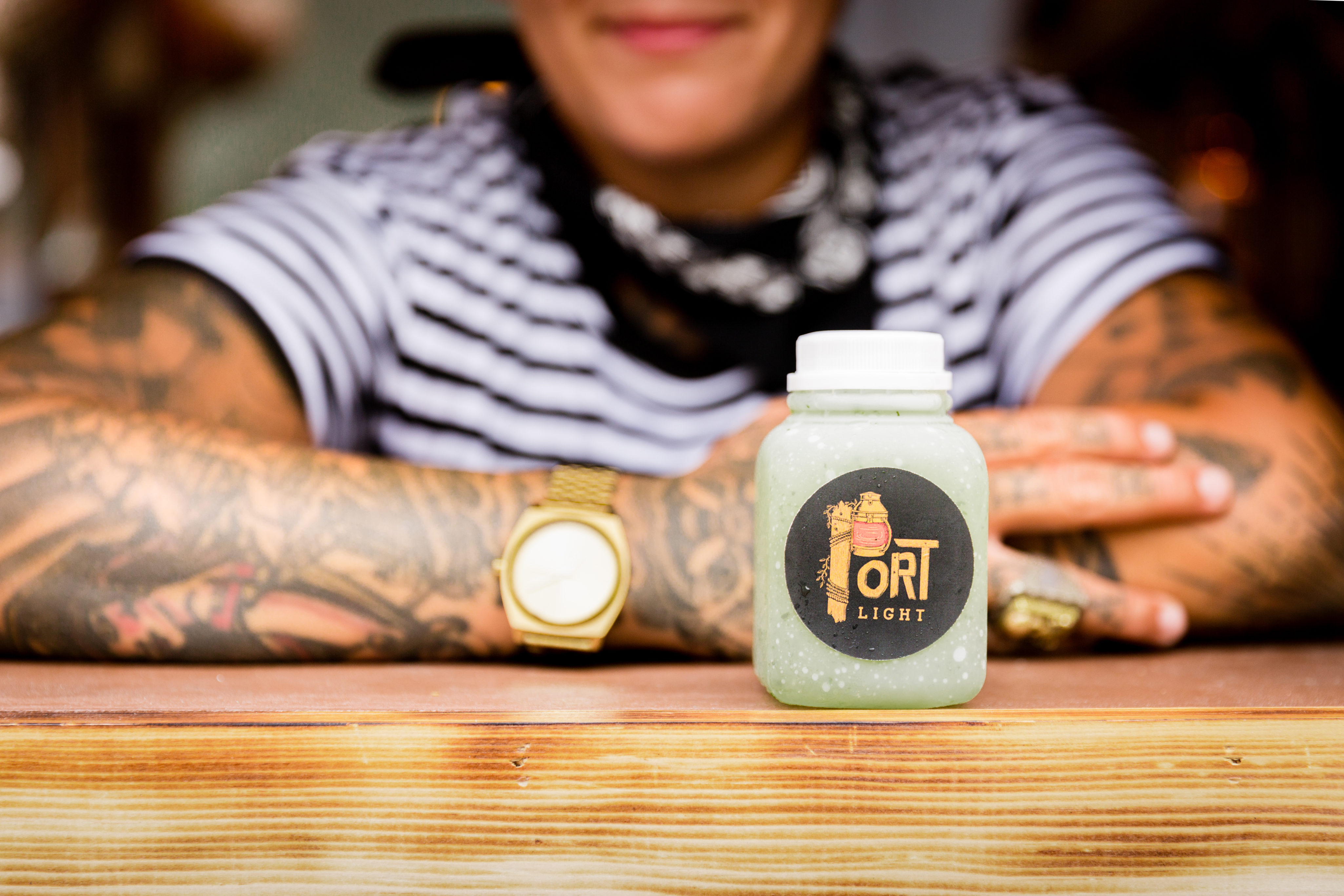 Port Light’s outdoor bar is festooned with plenty of nautical and tropical tchotchkes, including a vintage birdcage, a string of buoys and a marine barometer, all of which help set the beachy vibes. But, while the bar’s aesthetics may appear heavily curated, Nogueda says she stuck to a more practical philosophy when choosing what to hang outside: a lot of the decorations that ended up on the patio was just stuff that didn’t fit inside. 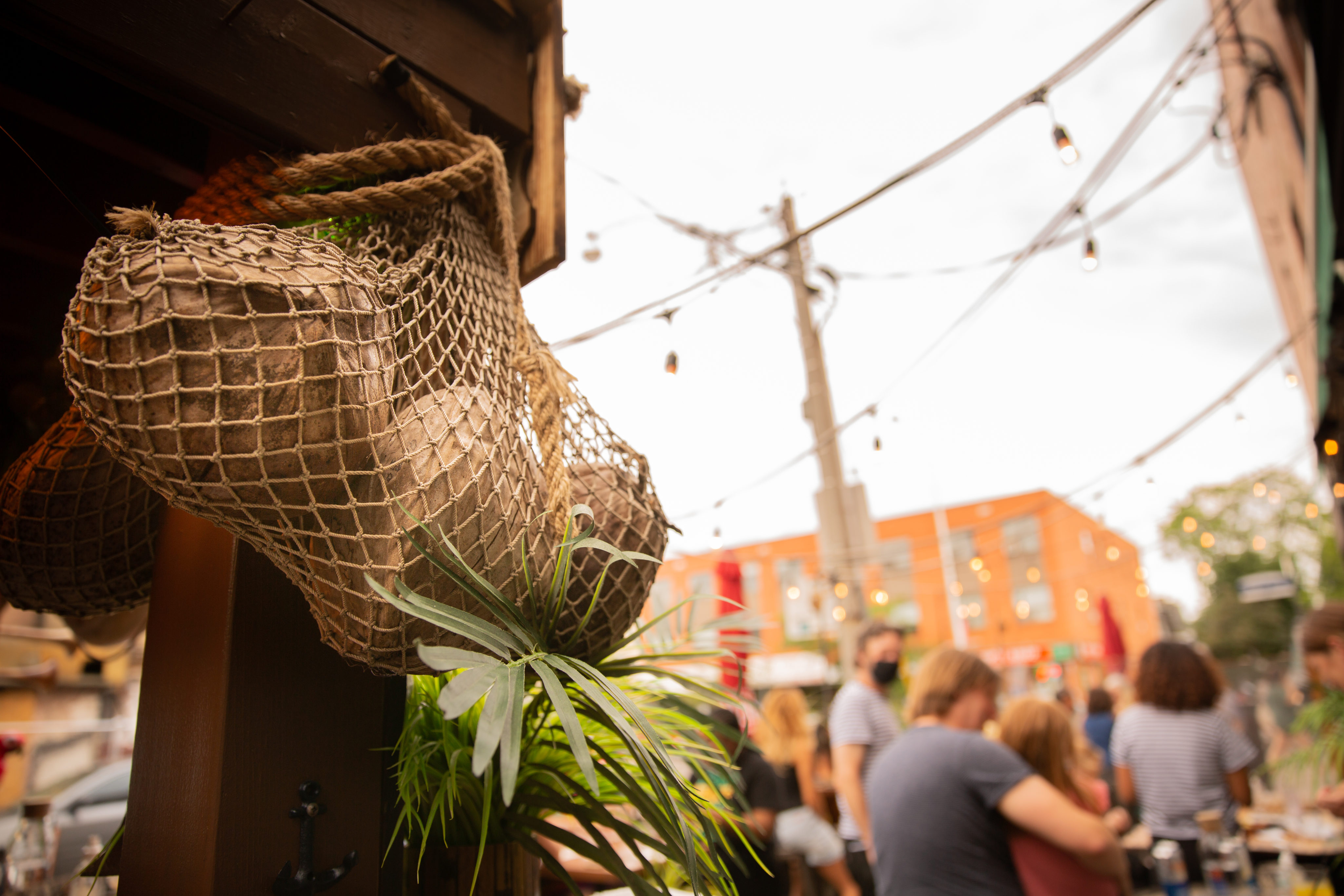 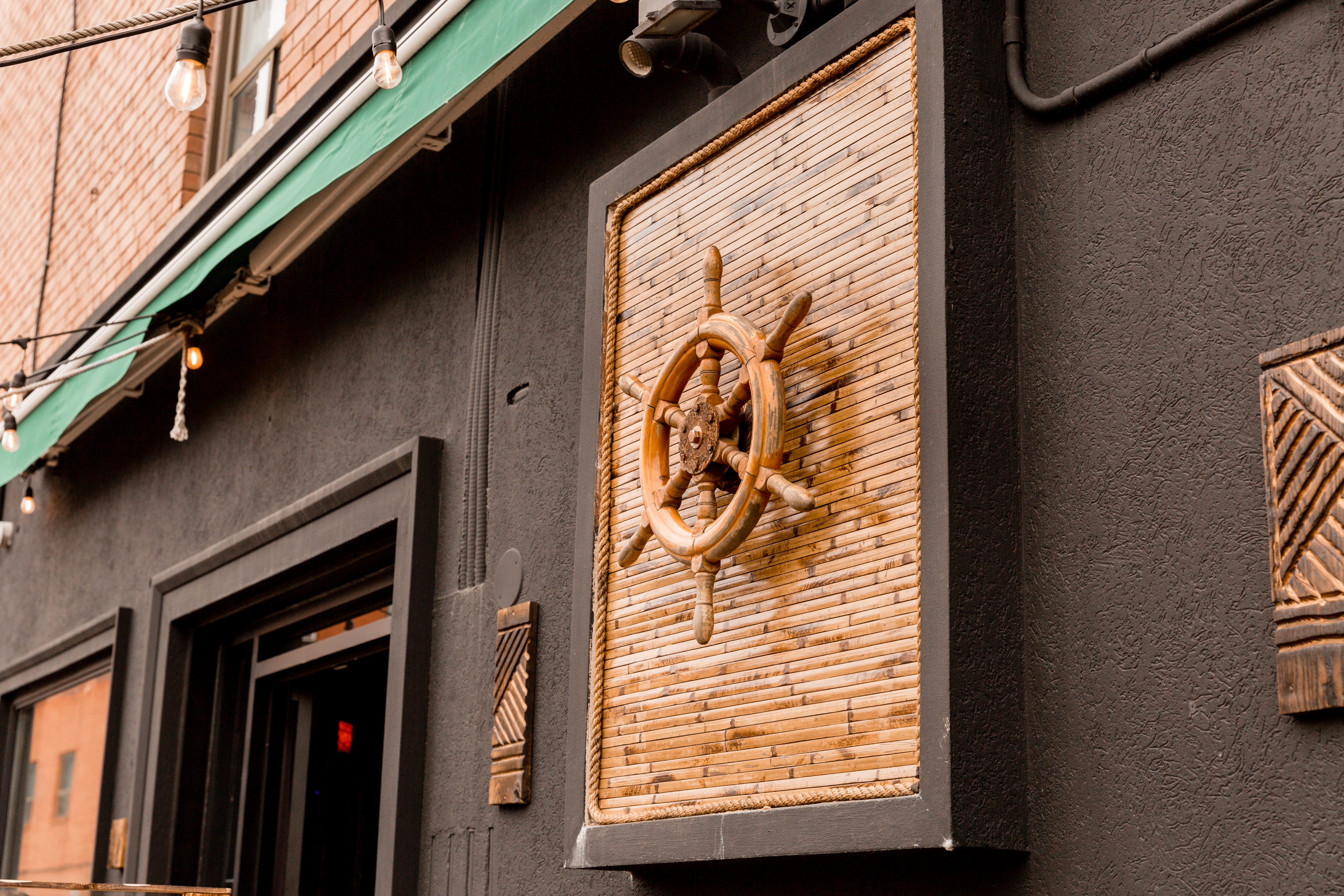 Step 6: Get high tech, and get excited

The outdoor bar, which features a couple of barrels masquerading as tables, can seat 50 people, but will only be allowing a maximum of 30 patrons for the time being, due to distancing protocol. Each table outside is outfitted with a Ritual bar code, which allows guests to order their food and drink, completely contact-free. 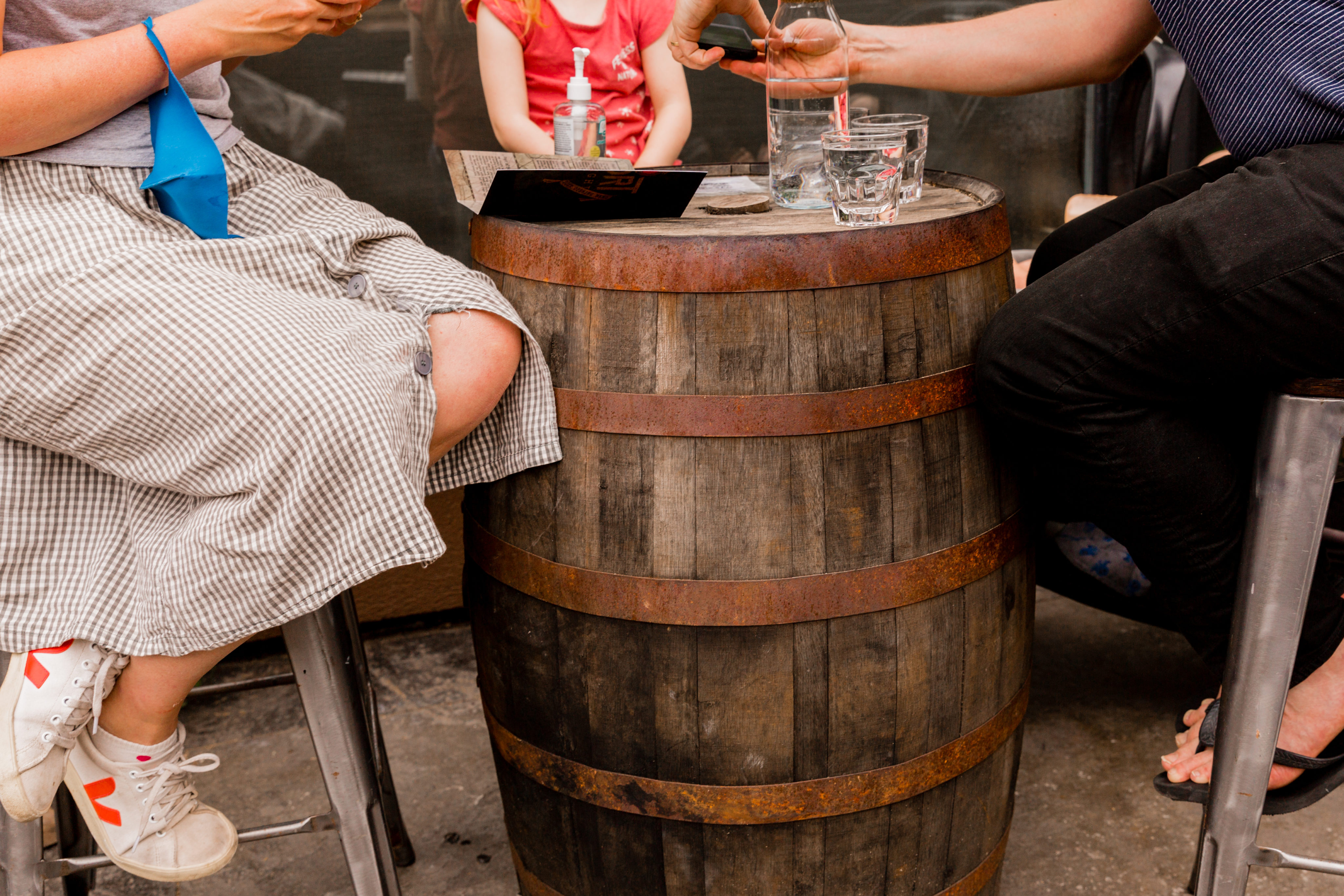 While the October 2020 false start may have set them back, Nogueda hopes Port Light’s summery, tropical patio will be a welcome sight (and sip) for Bloorcourt residents eager for a slightly novel warm-weather tipple. “I know people are excited to go out and socialize, have a drink, and not worry about being out and about,” she says. “So I’m excited to be part of that energy.” 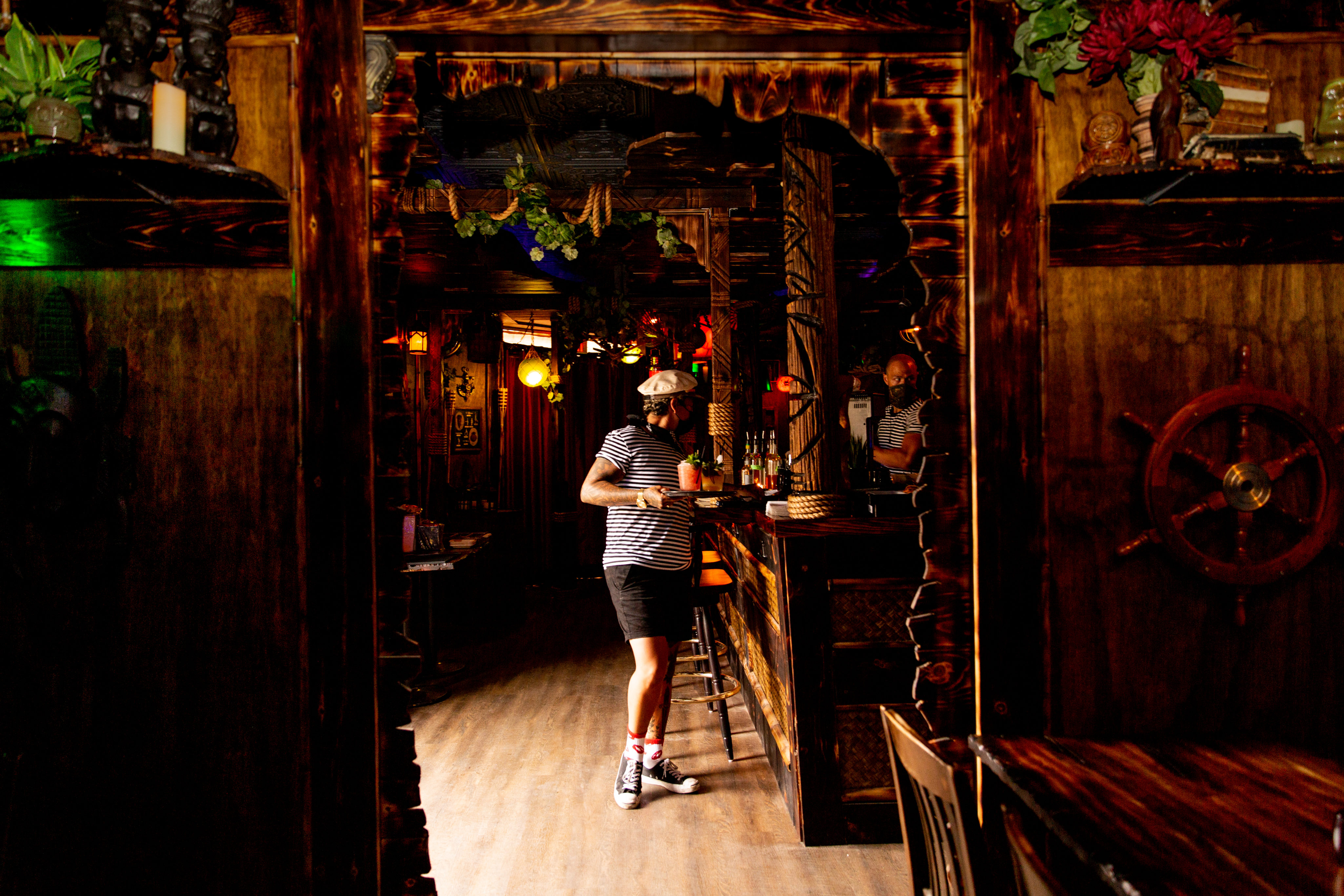 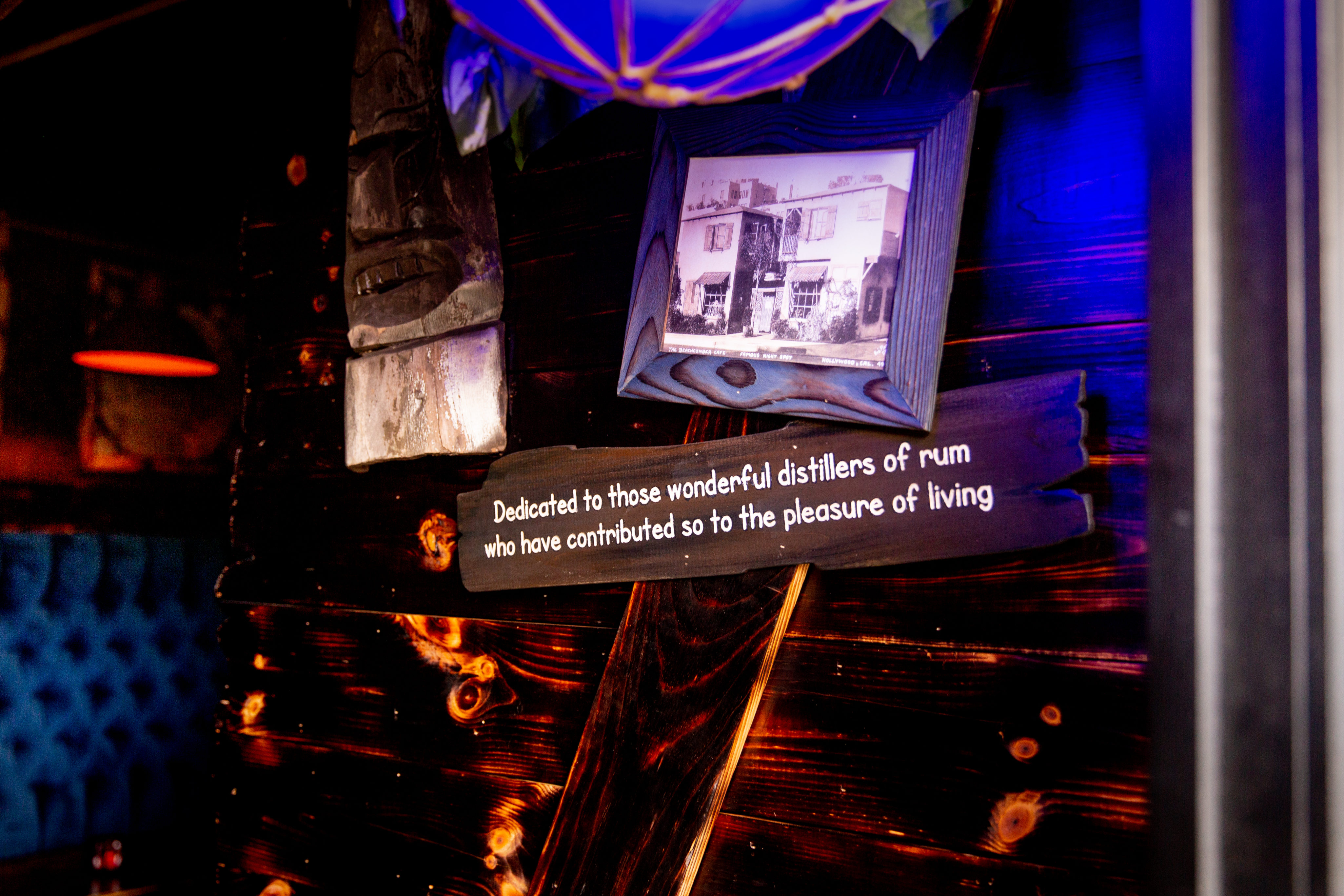 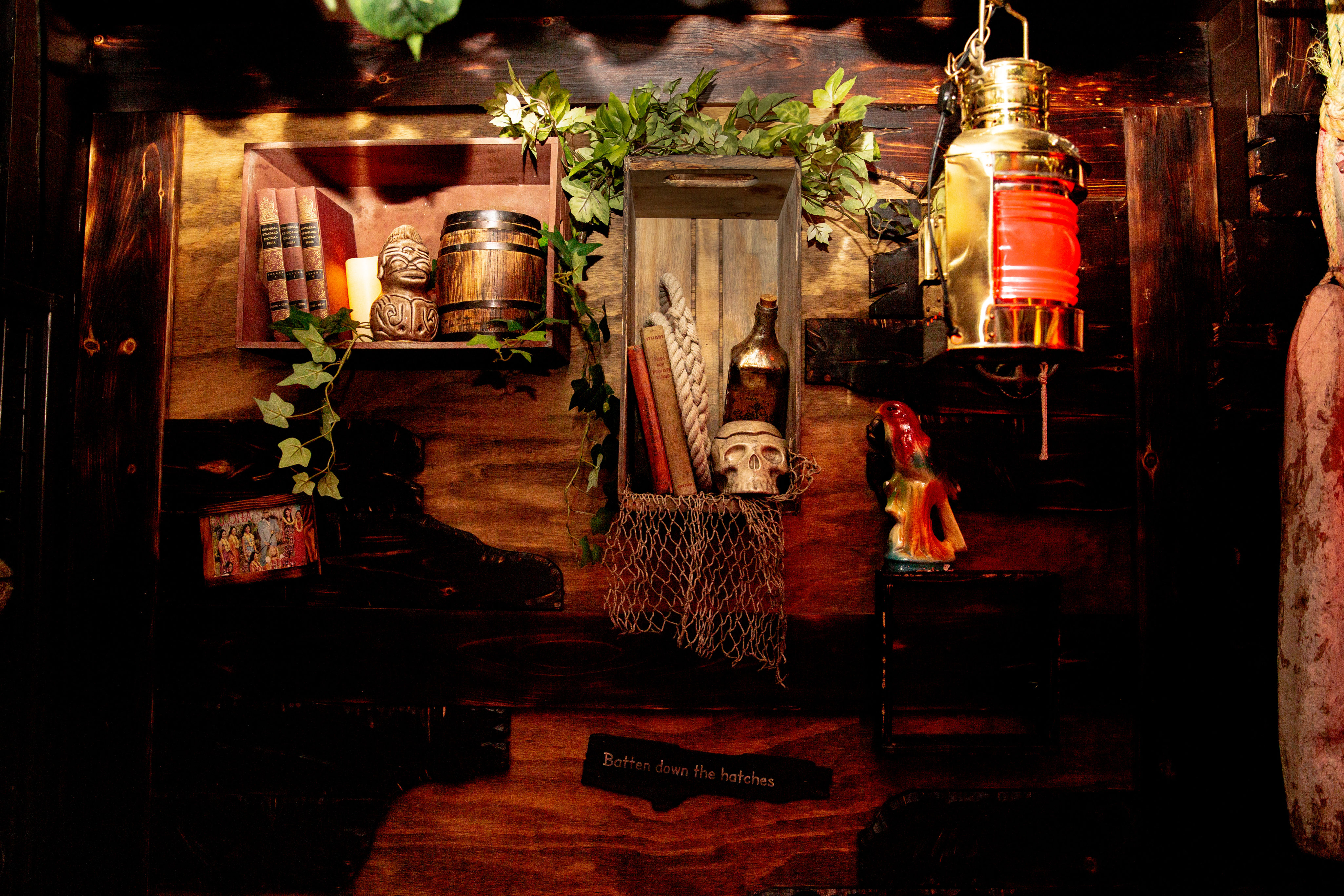