Before he opened Smoke Signals Barbecue, Nick Chen-Yin worked as a graphic designer. He had always flirted with cooking, but at 17 years old, when it came to deciding between culinary school and art school, he went with the latter—he didn’t want to be yelled at by a chef (his words, not ours). 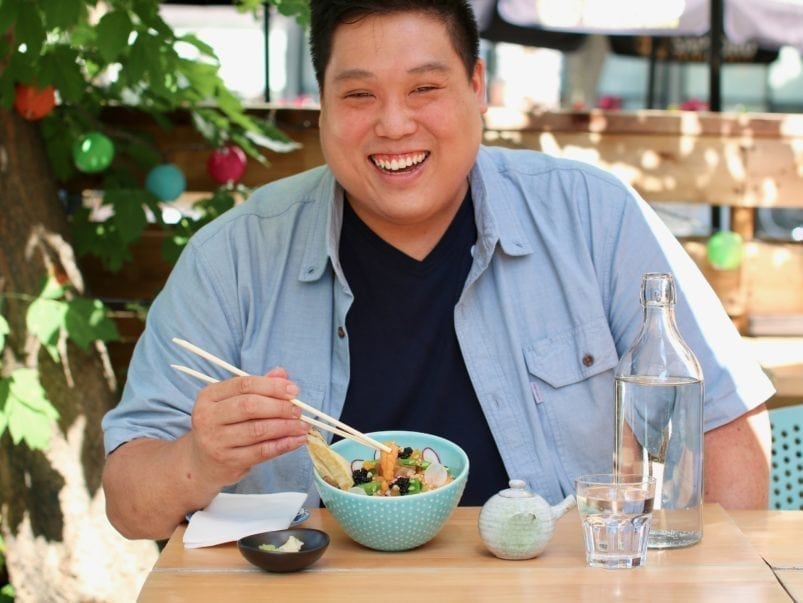 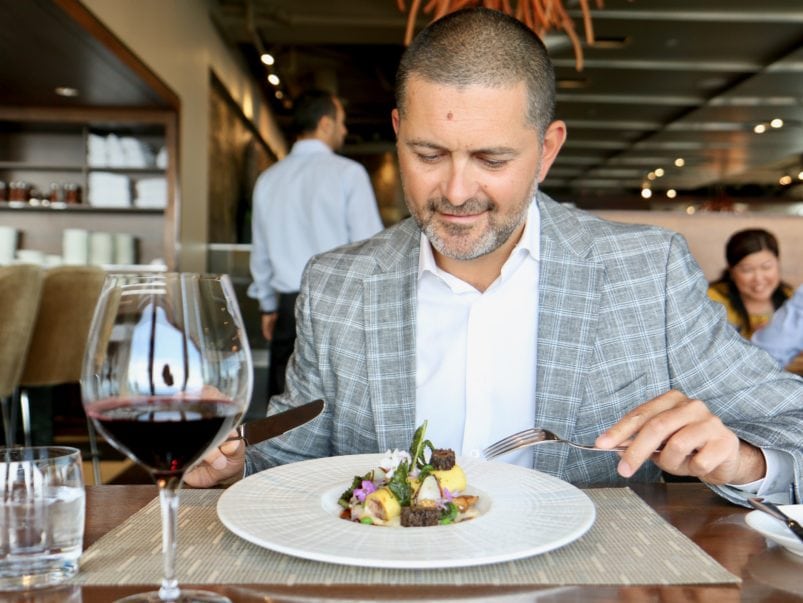 Chen-Yin met Jonathan Poon four years ago when Poon was opening Bar Fancy. “He wanted to hire a designer, but I ended up being too expensive for him,” says Chen-Yin, who switched careers a couple years ago to open his Dundas West smokehouse—you don’t have to worry about being yelled at by the chef when you’re the owner. Since then, Poon’s opened three more restaurants, and the two have become good friends.

The duo, along with chef pal Craig Wong (Patois), make semi-regular dining pilgrimages around the city. “In the span of two hours, we’ll hit four places,” says Chen-Yin. One of their favourite restaurants to visit is Pho Mi Viet Hoa, a Vietnamese joint in a strip mall at Jane and Finch. Poon and Chen-Yin swear that it makes the best com tam, or broken rice, in town.

According to Poon, many of the downtown Vietnamese restaurants just use regular short grain rice for their com tam. Here, they’re using the broken stuff—imperfect grains that have been fractured during the milling process—which he says has a cool, slurpable texture when mixed in the fish sauce. While lauding the rice’s virtues, and simultaneously trying not to overhype it, Poon adds, “The place is pretty clean, too.” Without missing a beat, Chen-Yin chimes in, “The strip mall it’s in is kinda dodgy, though.”

The two pore over the menu. While the broken rice is their go-to order here, they pad out their lunch with a few more dishes. Today, they order fried spring rolls, pho, bun cha and, of course, com tam. Five minutes later, the order descends on the table leaving barely enough room for the tea cups. This is a hopping spot on weekends, usually with a line out the door, so the kitchen knows how to get the food out fast. 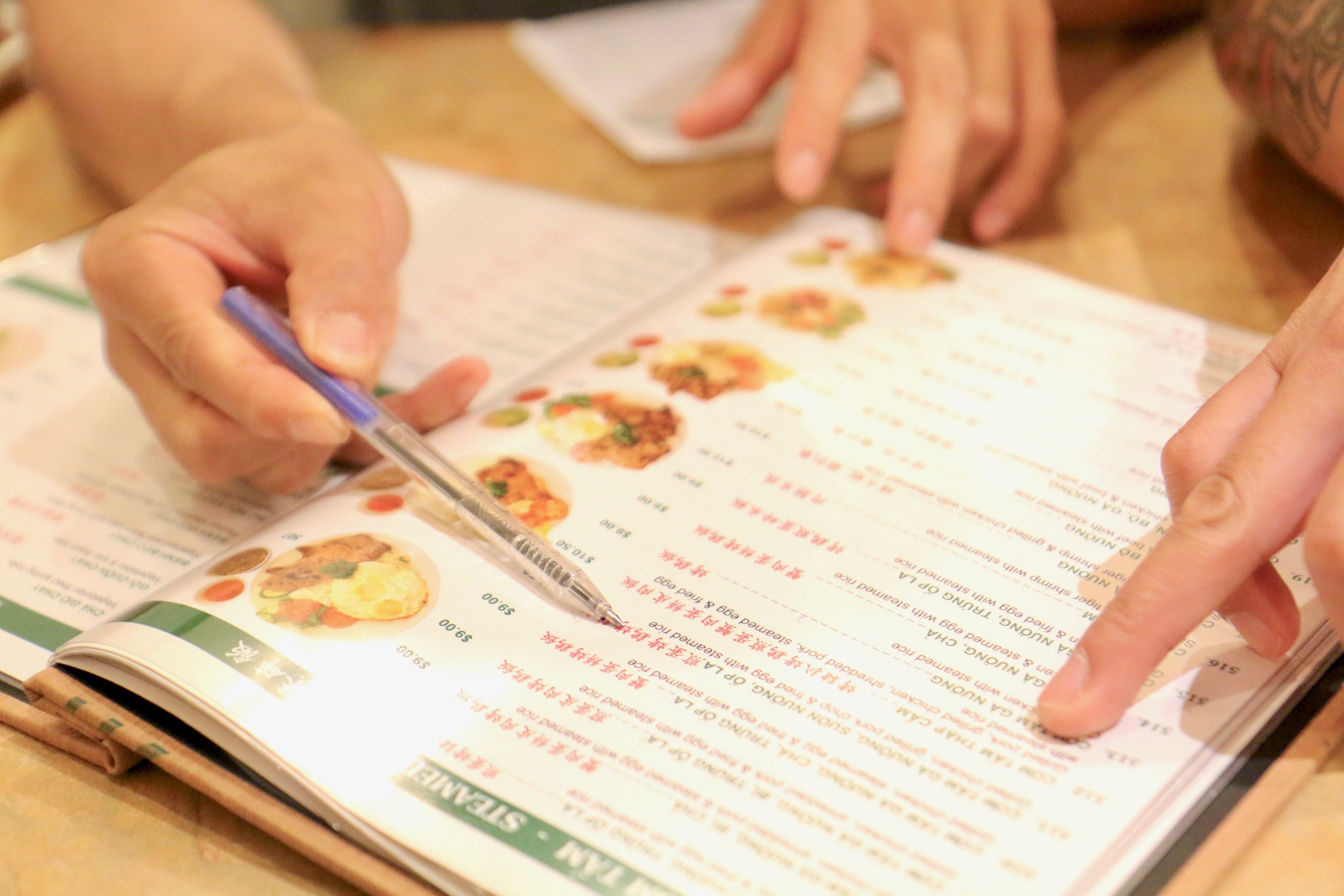 Although Poon and Chen-Yin come here for the com tam, co-owner Hoa Quan says the restaurant is known for its pho. They boil down beef bones for 16 hours, taking the star anise, nutmeg and cinnamon out after just a few hours. The resulting broth is naturally sweet with just a hint of warm spices. The pho they order comes with rare beef, well-done flank, tendon, tripe, beef balls and chicken.

Once they’ve demolished the soup, they move onto the cơm tam. “We let the egg sit too long,” laments Chen-Yin. The yolk’s two minutes the wrong side of cooked. It’s our fault, though, not the kitchen’s—it was perfectly runny when the plate arrived.

Chen-Yin cuts up the egg, pork chop and chicken thigh, then douses the plate with fish sauce. The meat’s good—tender after being marinated overnight in oyster sauce, lemongrass and garlic—but it’s the rice that makes the guys swoon. “It’s like every individual grain is massaging your tongue,” says Poon.


They toss back theories as to whether this is authentic broken rice imported from Vietnam, which can be hard to find in Toronto, or if it’s regular rice given that’s gone for a quick spin in a food processor. Quan tells us it’s the real deal, but that’s not the key to getting the rice’s moisture balance right. He says it’s a trick passed down to him from his dad that makes this rice so perfect. “You add a bit of olive oil, just like you do with spaghetti,” he says.

After finding out that you can buy imported broken rice nearby, Chen-Yin and Poon head to nearby Blue Sky Supermarket to grab a bag of the stuff. They’re always popping into grocery stores in search of interesting products.


While in the checkout line, a random herb catches Poon’s attention. “What do you use this for?” he asks the lady in front of him. “Fish,” she answers. Poon quickly runs to grab a pack of the tropical acacia to experiment with. Later, he opens it up in the car. “It smells like dirty lake water,” says Chen-Yin before putting a sprig in his mouth. “And it tastes even worse.” At least the cơm tam was good.