To celebrate Toronto Life‘s 50th anniversary, we’re revisiting the best stories, photos and issues from the magazine’s past. Here, some of our most memorable (and, we’ll admit it, hysterically passé) styles How the Well-Dressed Dress

This ancestor of our annual Stylebook profiled six stylish women-about-Toronto, including interior decorator Mary Early, TSO impresario Mary Carr-Harris and Kitty Eaton (who was married to John Craig Eaton). So, how did they dress? Mary Carr-Harris donned a green silk ball gown. Riva Gerstein chose a floor-length chinchilla coat. And, yes, there was a lot of hair. The fine print might have made readers think we’d reached some sort of style doomsday: “Paris is dying… London has lost her flair and flare… North America makes heads spin with the crass unfemininity of harsh colours and fabrics.” Our saving grace? The mystery of the East. That meant broadtail vests, velvet britches and gold chains—i.e., the Holy Trinity for Burning Man attendees. In 1968, the newly elected Pierre Trudeau unveiled an otter coat at a Grey Cup game. This spread celebrates (or sends up?) the trend-setting PM’s fashion choices with a few coats and gloves made from just about every animal but a monkey. You can’t say we’re not consistent. About a year after Toronto Life’s “East Meets West” feature, the magazine once again tapped the other side of the world for sartorial inspiration. On offer here, just in time for the holidays: caftans galore. “Her voluptuous burgundy velvet caftan trimmed in gold lace ($165) will attract his attention whatever his dreams.” This spread by art photographer Arnaud Maggs celebrates the work of Sheila Gladstone, whose designs were inspired by everyday images. Our favourite is the black-and-white dress on the right, complete with silk-screened tire tracks and a side-mirror belt buckle. “I hate cars,” Gladstone said. In 1971, according to this oddly philosophical piece, we entered the era of Peak Jeans, where everyone—geezers and kids, businessmen and bums—owned a pair of denim. “In these anti-fashion times, jeans are the great social levellers.” In 1976, CN was hot: it had just finished construction on the tallest free-standing structure in the world and rolled out the new fleet of trains featured above. Toronto Life chose the railway to showcase styles “for fall travellers who want to look as good when they arrive at their destination as they do when they leave home.” Can you spot the yawning model and the cheery train conductor? What’s Up, What’s In

A few pages into this fall fashion special, it starts to seem like the bowtied, anonymous male model is basically just photo-bombing shots of athletes, musicians and playwrights who are most interesting than him. On the right, he’s a pretty face next to flamenco dancer Carolina Jurado (left), Indian classical dancer Menaka Thakkar (right) and stripper Miss July August (“I’m the two hottest months of the year, that’s me”). Author Judith Finlayson begins this first-person piece by recalling how she fell in love with a $45,000 Russian lynx fur coat that puts even Drake’s snazziest pelts to shame: “no single item of clothing had ever done so much for me.” (Or pissed off so many readers.) The Brights of Spring

Actual line from this spread: “The surprise is in the colours.” If you squint, you’ll discover that this assault on your eyes is actually an ad for Fairview Mall, where you can pick up a casual work outfit or, um, a wedding dress. Summer on the Water

That dashing gentleman to the left? That’s our mayor, 33 years ago, when he was the principal secretary to Premier Bill Davis. Something tells us he didn’t bet on this resurfacing. Where do we even start with this one: the onesie night dress? The armada of male unmentionables? The moustachioed man who is definitely wearing his top backwards? No, let’s focus on the bodyless limbs that seem to be removing a pair of underpants—or, as one staffer wisely pointed out, how do we know he’s not putting them on? Lest you forget we’re in the ’80s section of this round-up, here are some obligatory shoulder poofs. Wait, is that Taylor Swift? If you read our 50th-anniversary post about Toronto Life’s most memorable covers, you may remember the “Dressing Sexy” issue. Here’s what’s inside: a creepy painting, a ménage à trois in the making and a contender for the most perplexing line this magazine has ever printed: “In her first passion woman loves her lover, / In all the others, all she loves is love.” You laugh, but we’re pretty sure you can find a guy in this exact outfit if you loiter long enough around Dundas and Lansdowne. Let’s put the purple pants aside for a hot second, because that guy on the right is totally throwing up a 6 sign. DRAKE, IS THAT YOU? If you were reading closely, you probably spotted “Vamp chic” and “Unique chic” higher up on this list. Here, we present another iteration, “Geezer chic,” in which the author, Margaret Cannon, recalls the time that a young woman stopped in front of her 55-year-old husband and proclaimed, “You are fine, fine, fine.” 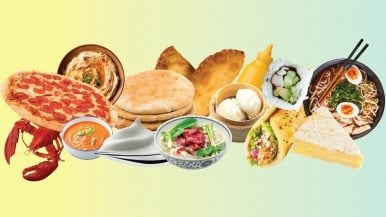 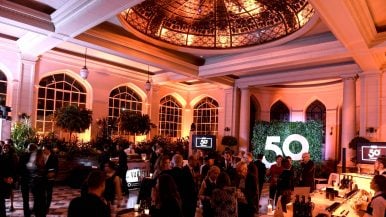 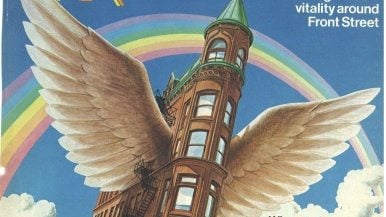 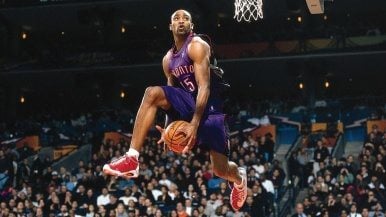 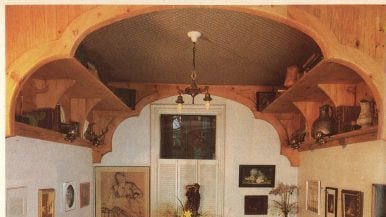