From the pages of Toronto Life, a brief history of the city’s gastronomic breakthroughs

Remember when duck à l’orange was the most interesting dish in Toronto? Neither do we, but there was a time, and the proof is in the pages of the magazine. Our critics have been tracking the city’s obsessions, edible and other­wise, since 1966. Here, a sampling of their observations over the years, from the parochial to the prescient. November, 1971
“Searching for an excellent lobster bisque here is akin to the quest for the Holy Grail.” October, 1975
“Pizza’s great popularity…stems from the fact that after you’ve used those basics—tomatoes and mozzarella—you can add just about any salad vegetable, most red meats or shellfish, and chances are you’ll still get a pretty good pizza.” July, 1976
“From empirical evidence only, I believe that cold soups are catching on.” October, 1976
“If you’ve never tried hummus, by all means do, for it is a marvellous food.” January, 1977
“Ten years ago, yogurt was largely the preserve of the faddist and the Bulgarian immigrant. Today, it is a $17-million-a-year industry.” October, 1980
“Pita, the bread with a pocket, is perfect for pedestrian lunching.” Fall, 1982
“The West Indian patty and the roti (Trinidad’s answer to the Big Mac) have taken off as if on fire, which to the blander North American palate is sometimes exactly how they taste.” January, 1984
“The dim sum brunch has become as much a weekend fixture as the bloody mary and the Arts and Leisure section of the New York Times.” November, 1984
“If I had any self-control at all, I would manage to refrain from saying that mustard is on a hot streak. But…sales are not merely hot, they almost take the breath away.” January, 1985
“Plainly designed to help the sushi virgin over the raw-fish hurdle, the California roll is about as Japanese as I am.” October, 1985
“The soul food of the Aegean, souvlaki usually means a grilled pork shish kebab in a pita or on a bun, with a tomato and onion garnish, perhaps a little lettuce, and a dab of tzatziki, that garlic-lingering cucumber/yogurt mixture.” April, 1993
“Today, brie is up there among the imports, toe-to-toe with the blues, emmenthals and gruyères…. It is the foreign cheese we feel comfortable with.” 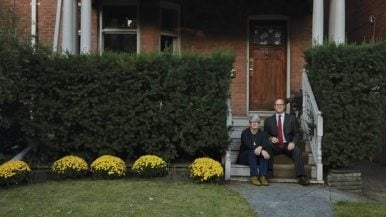 Through three properties, we trace a half century in Toronto’s increasingly crazy real estate market 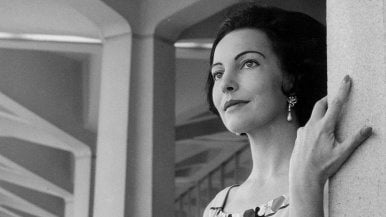