While Kendrick Lamar was busy preparing for his show tonight at the Air Canada Centre, thousands of his humble fans congregated at his one-day-only pop-up shop in support of the Compton rapper’s latest album DAMN. Diehards lined up on Spadina as early as 5 a.m. in front of streetwear store Livestock. Lamar’s roving pop-up shop has been following him along his North American tour this summer, selling city-specific merchandise, T.D.E. Apparel and more.

Those waiting in the hours-long queue came from as far afield as Winnipeg. Inside, the space was sparsely furnished, with a handful of each item on display. Options included a black, white or red short-sleeve T.D.E. tee ($50), a Kung Fu Kenny long-sleeve tee ($65), and a black DAMN hoodie ($90).The exclusive black short-sleeve Toronto tees ($55) were snapped up quickest. “He’s one of the greatest rappers of all time. I am in the front row at the concert tonight, so I need to show off some merch. I’m from Ajax so the commute wasn’t terrible.” “I’m going to his concert tonight and again in August. It’s like I went Christmas shopping all in one place. I definitely spent over $300.” “Kendrick’s sound is the most unique in the world.” “He’s the best lyricist in rap. This album has touched so many lives. We drove down from Burlington at 6 a.m. this morning.” Jared (left): “The products are visually appealing and totally worth it.”

Tyler (right): “I wish I could’ve bought more. I can’t afford to go to the concert but at least I got a shirt.” “If you buy an artist’s merch, they’ll continue producing, and continue their art. This is the first and only pop up I’ll be going to. I’m a 905er, so the commute wasn’t so bad. How would I describe Kendrick? In one word: truth.” Amanuel (centre): “I spent twice as much time in the line than on the airplane.” “I got here at 5a.m. It’s so rare that Kendrick is even here. I had to take advantage of that. What moves me so much is his message about educating kids. He’s changed the way the world perceives Compton.” Jonathan: “I spent $310. I’m carrying a lot of love today. I wouldn’t say Kendrick is a fashion icon but I think our parents experienced the same thing with different artists. They rep ACDC, Nirvana and other rock shirts around the house. I know I’ll be wearing Kendrick’s merch when I have a kid one day.” 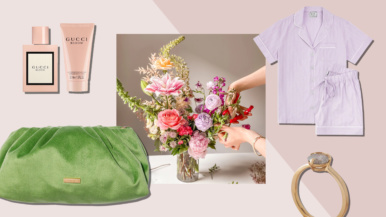 Inside Relevé Clothing, a Leaside boutique for cultish athleisure 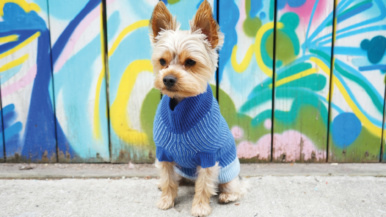 Cool stuff for the pampered pooch 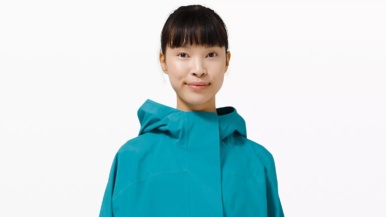