These couples couldn’t afford much individually, so they pooled their resources and nabbed a gem in the Annex 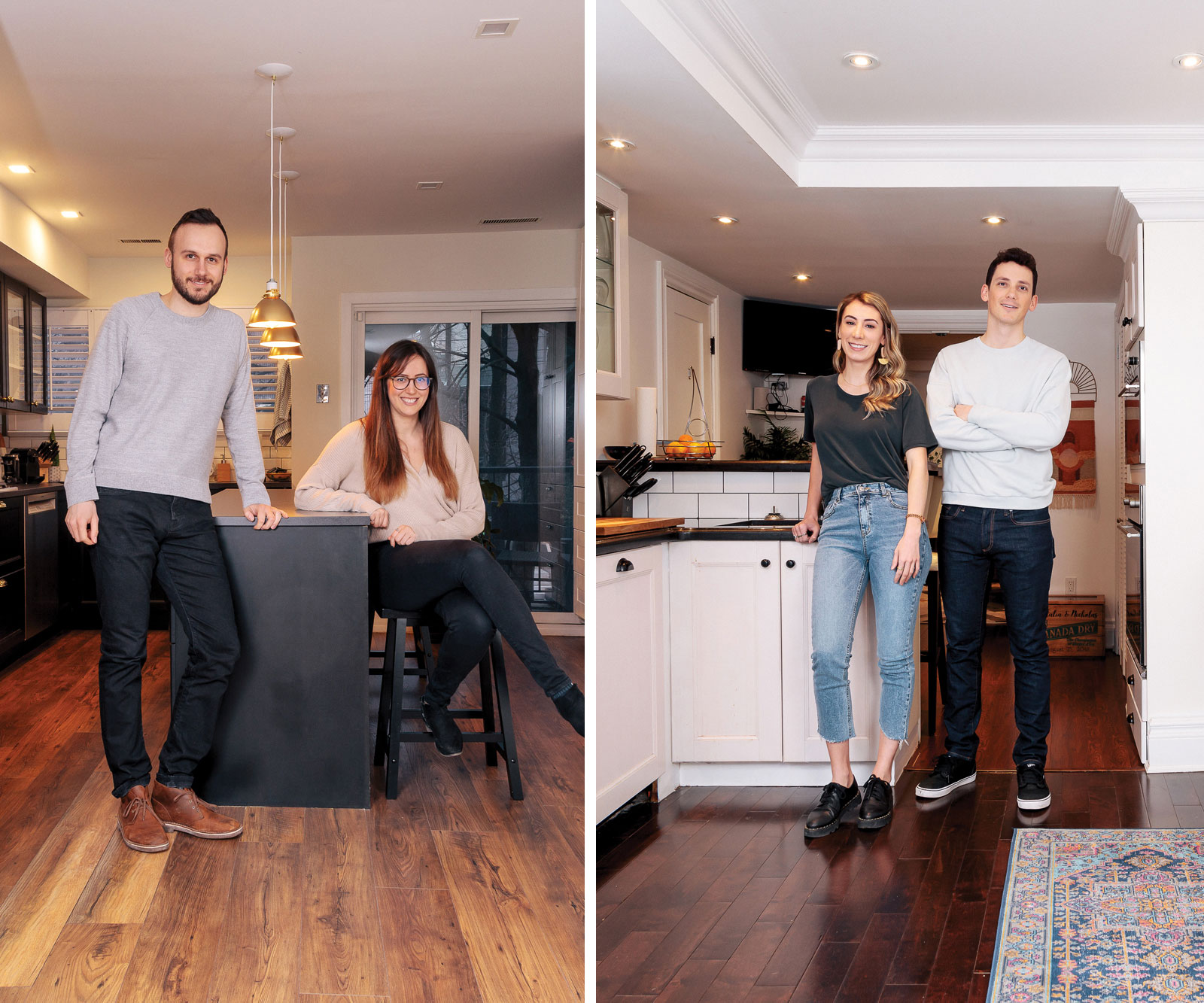 THE DECISION
When Jozo Markic and his girlfriend, Laurie Klarner, decided to move out of their downtown condo and buy their first home, they told their realtor they were looking in the ballpark of $1 million. “He laughed at us. He was like, ‘You and every other couple in the city,’ ” Klarner says. Their friends Natalia Cortijo and Nick Epworth were also on the hunt, but none of the homes they were seeing was quite right. Most of them needed extensive renovations, were too cramped, weren’t close to transit or sold quickly for way over asking.

One night, Epworth had an idea. He sent Markic a cryptic text saying he wanted talk to him. Markic worried that Epworth, whose wedding was imminent, was getting cold feet. Instead, Epworth proposed that the four of them pool their money and buy together. Markic and Klarner were confident they could all live amicably under one roof, but Markic worried banks would balk at a four-way mortgage. Their families weren’t so sure of the idea either. “Our parents were trying to loan us money so we could do it without the other couple,” says Klarner.

Markic and Epworth, both asset managers in commercial real estate, ran the numbers. As a foursome, they could look in a whole new tier of up to $1.7 million. After just a month looking together, they found a duplex in the Annex listed at $1.6 million. With four bedrooms and five bathrooms across 2,500 square feet, parking and a small front yard and backyard, it was more appealing than anything at the lower price point. In October, they bought the place for $100,000 under asking.

THE ARRANGEMENT
As a condition of the purchase, the seller’s agent, who also represented the four buyers, added a wall and a new entrance to the lower unit in the front hall. Markic and Klarner preferred the upstairs suite, and since Epworth and Cortijo have a car, they opted for the lower level, which has direct access to the backyard and parking.

Originally, the couples were going to split ownership 50-50, requiring the upstairs owners to pay an offset amount of $200 to $300 a month to account for living in the brighter upper unit. But instead they decided to reflect the quality of the units in the equity and split the ownership 55-45. Operating and decision making is still split evenly.

They also decided on a three-year “lock period” during which neither couple can sell. “Once that expires, either couple can say, ‘We want to move on to the next thing,’ ” says Markic, “and the other couple has the ability to buy them out at market price before other offers are considered.”

Their decisions are all written down in a joint venture agreement, something Markic and Epworth have both drafted at work. To simplify bill payments, the couples created two bank accounts: a 55-45 account for mortgage payments, property taxes and repairs, and a 50-50 account for cable, hydro and other shared expenses.

WHAT’S NEXT
The townhouse is not a forever home for either couple. There isn’t enough room to grow if they start families, says Cortijo, but owning in the Annex means the property’s value will likely swell. “It’s such a good area that it will continue to be a major asset,” she says. They may decide down the line to use the space as a rental property, or one couple could buy the other out.

They’re all aware of how much they rely on each other now that they’ve got mortgage payments to make, but they consider themselves lucky to have found such a good match. They frequently have dinners together, occasionally swapping which kitchen they cook in. They also divvy up “headache” duties—who calls to set up the hydro meter, who calls Bell to fix the Internet. But they’re proud to report they’ve had no major conflicts.