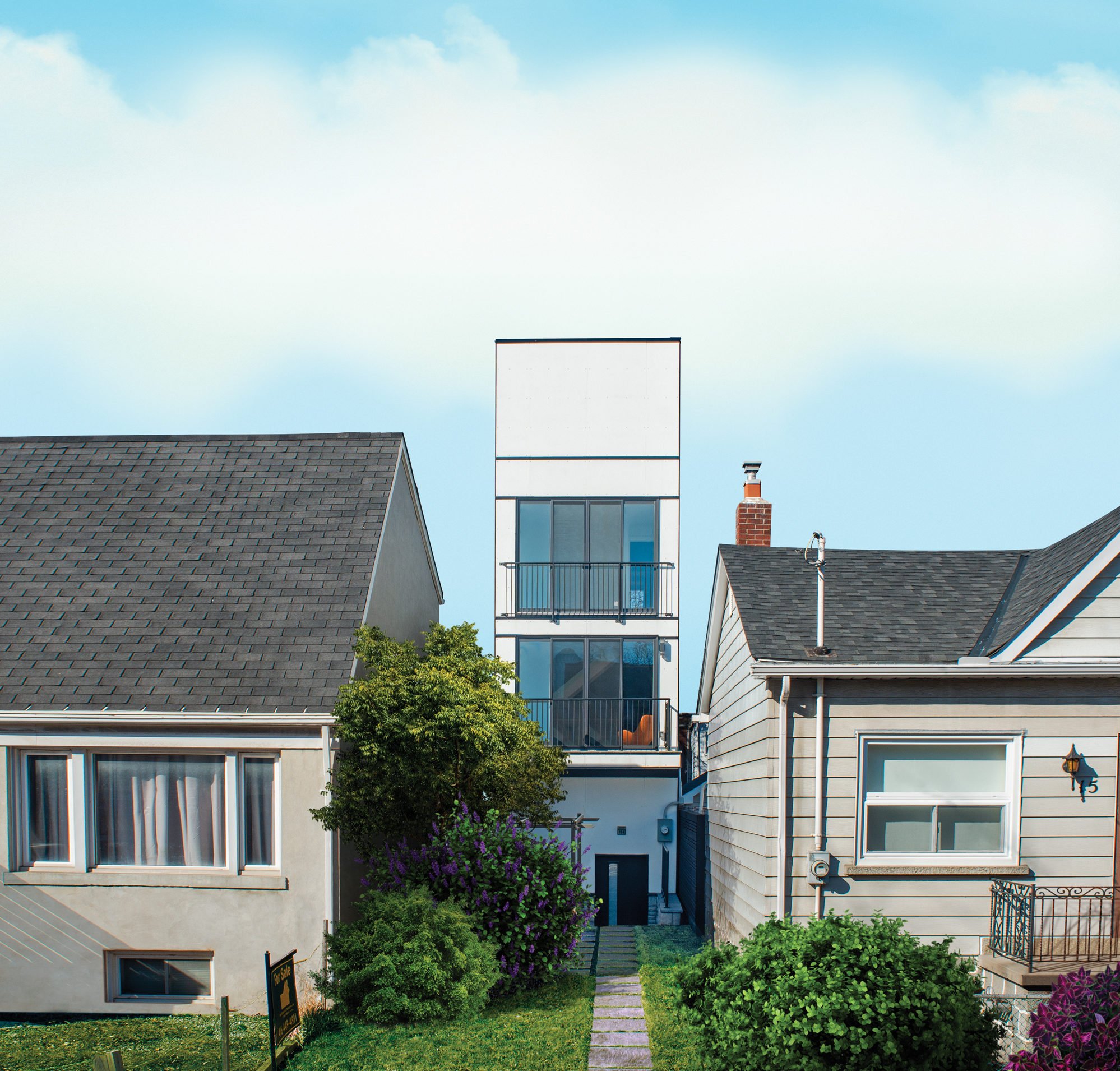 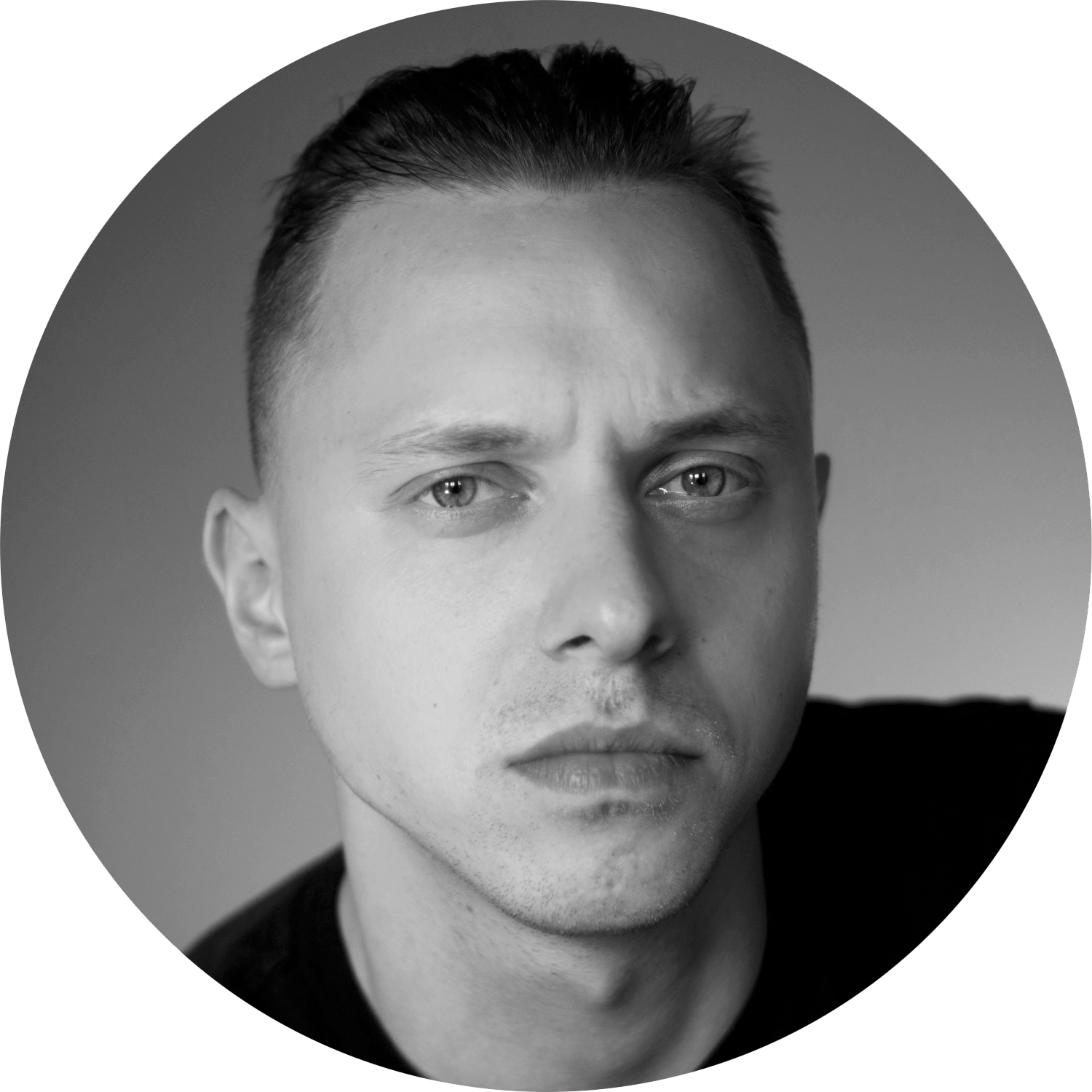 When Cyril Borovsky bought this Riverdale property in 2016 for $530,000, it was just a narrow strip of grass between two postwar bungalows, with nowhere to go but up. Borovsky, a 33-year-old industrial designer, fabricated a frame from steel, poured five-inch-thick concrete floors with in-floor radiant heating and lined the bathrooms with porcelain. The city was worried about the health of a silver maple in the backyard, so a chunk of his budget went toward cantilevering the rear of the house over a parking pad in the backyard to avoid putting pressure on the root system. The house was completed in 2018. 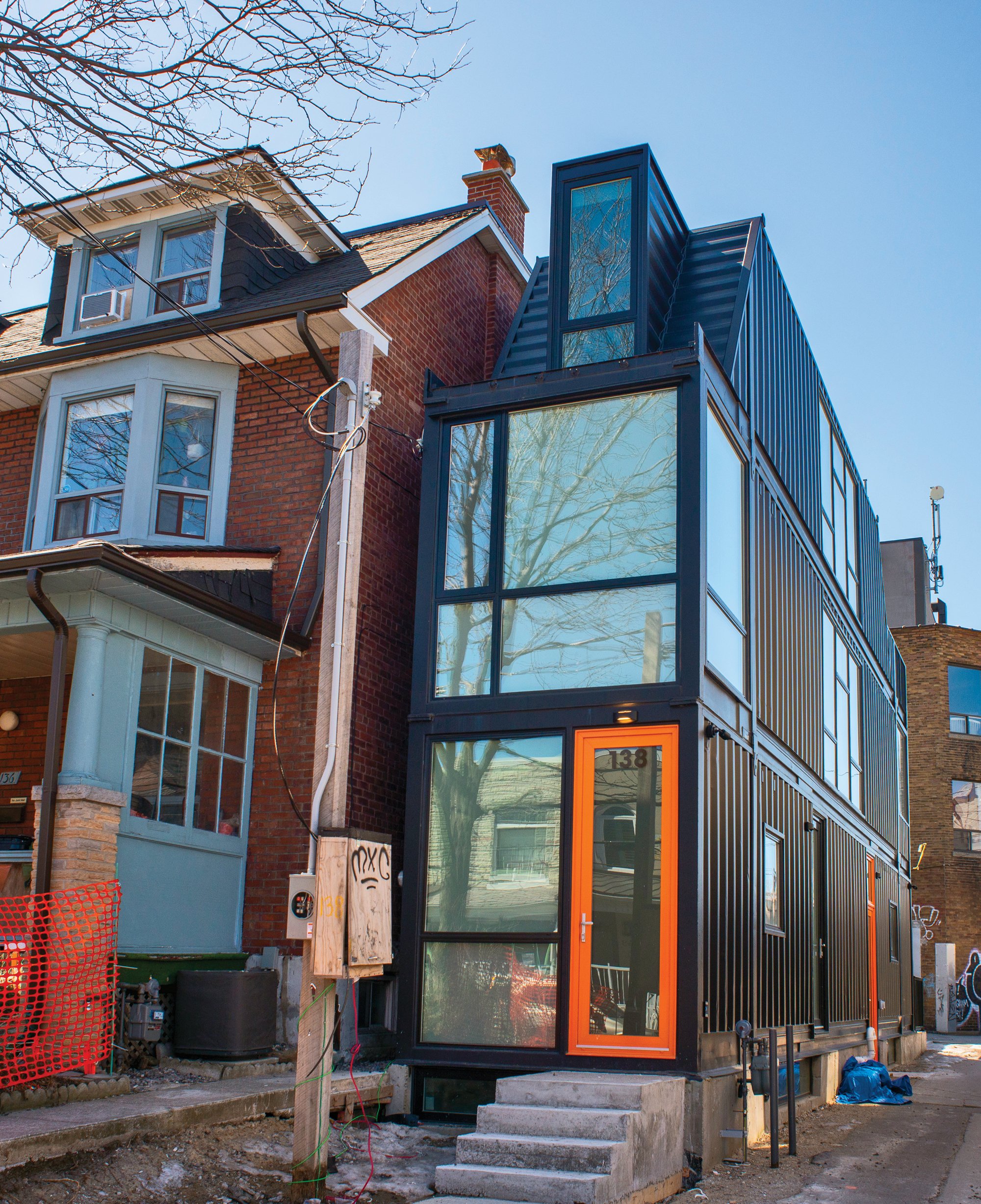 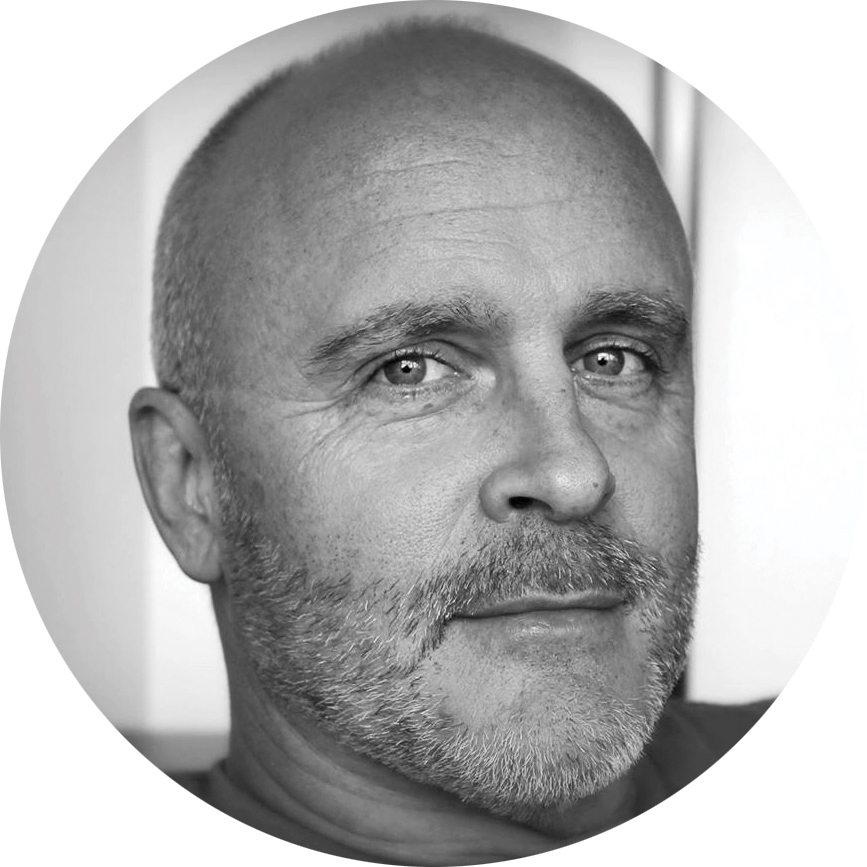 Glen Donaldson, a 56-year-old property manager from Atlanta, was looking for a way to be closer to his aging parents, who live in the GTA. His Atlanta home was an unusual one: it was built inside six steel shipping containers retrofitted for residential use. “I like the aesthetic,” he says. “Steel is such a durable material. It seems to me like it’s going to be around forever.”

Narrow lots aren’t common in downtown Toronto, but eventually Donaldson found a 12-and-a-half-foot-wide lot in Little Portugal. He purchased it for $220,000—far less than the average downtown teardown—but getting the project through the city’s approvals process proved a headache. In the end, he scaled back the third storey by a few metres to push the application through.

The containers are 53 feet long and were shipped from Chicago. Storstac, a Toronto company that modifies shipping containers for use as offices and pop-up shops, cut into the sides of the giant steel boxes to create windows, and modified one of them to create a slope for the roof. The home has ductless heating and cooling to keep the walls as thin as possible and maximize interior space. He used spray foam for insulation.

Donaldson plans to move in once the weather warms up. He’ll be splitting his time between here and Florida, where he has yet another shipping container home under construction. 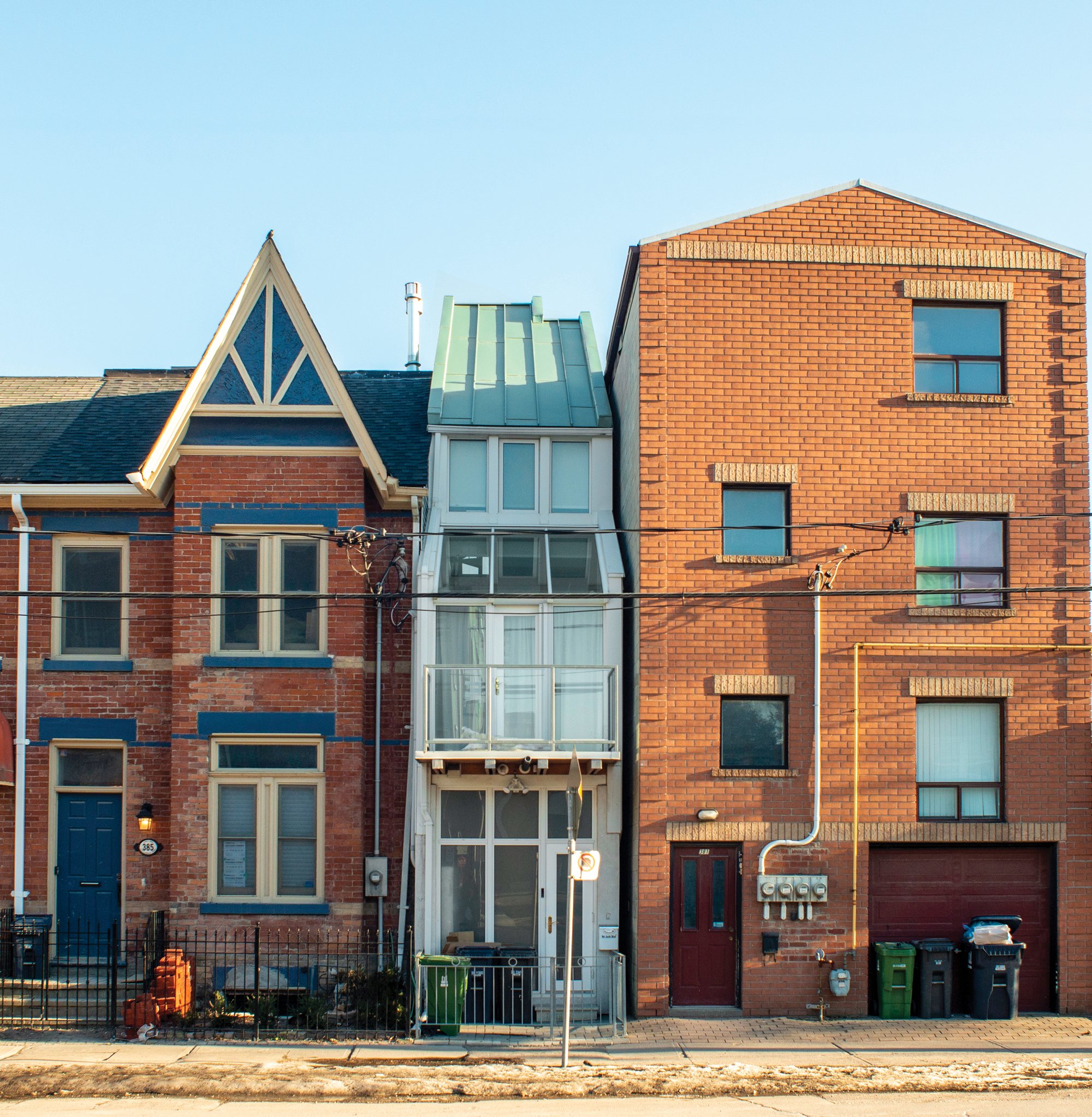 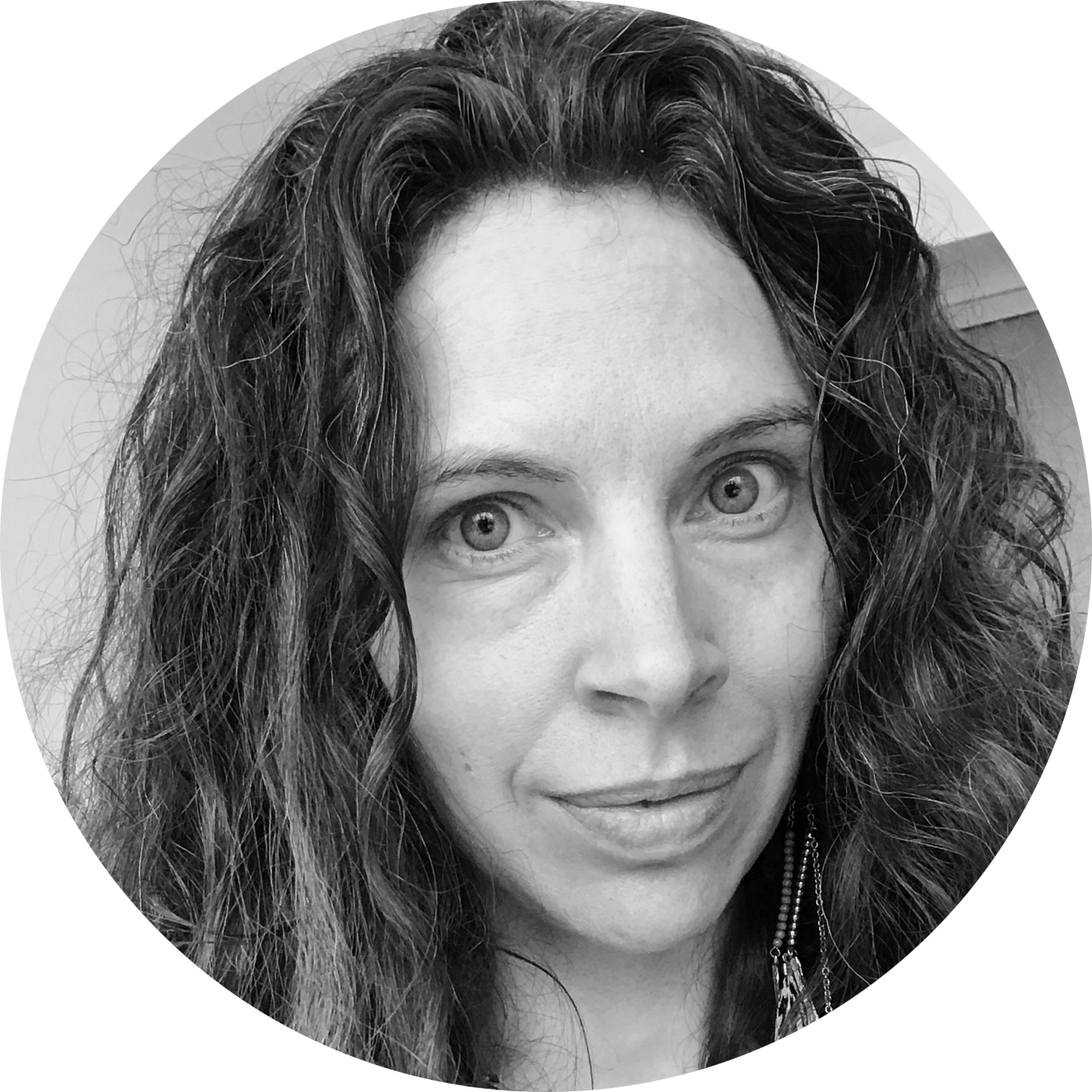 In 2017, Jessica Latimer, a 39-year-old lawyer, was living happily in her Queen West condo with no intention of moving. Then a friend mentioned a skinny house that had been sitting on the market. “I’ve always liked unusual spaces,” she says. “I thought it was very special and that I could do something nice with it.” Soon it was hers for $710,000.

Inside, the space is split into six half-storeys, each one a separate room, plus a basement and an attic. A winding staircase allows a shaft of light from the rooftop skylights to shine right down to the ground-floor kitchen. Latimer says the wash of sunlight makes the house feel bigger. The tight layout forces unusual compromises. Because there’s space for only a foyer and a kitchen on the main floor, the living room is three flights up; the bathrooms look like cruise ship heads; and Latimer’s queen-sized mattress takes up nearly her entire bedroom. But she doesn’t see these things as drawbacks. The house’s quirks are what attracted her to it in the first place. “I like thinking about how to use the space,” she says.