A four-bedroom home on a dead-end street. It’s right across from Cheltenham Park, which has an outdoor skating rink in winter. 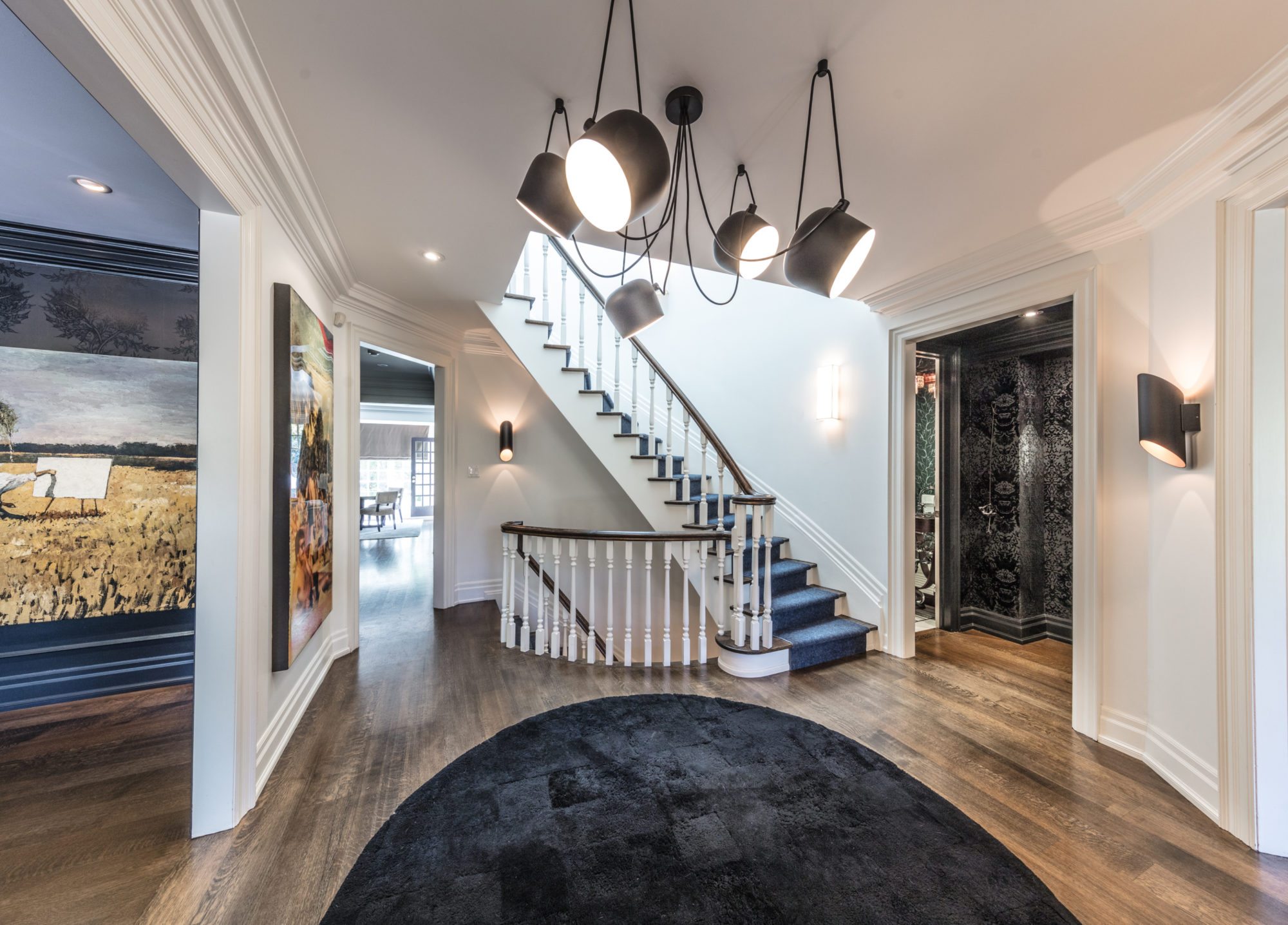 The living room has some intense wallpaper: 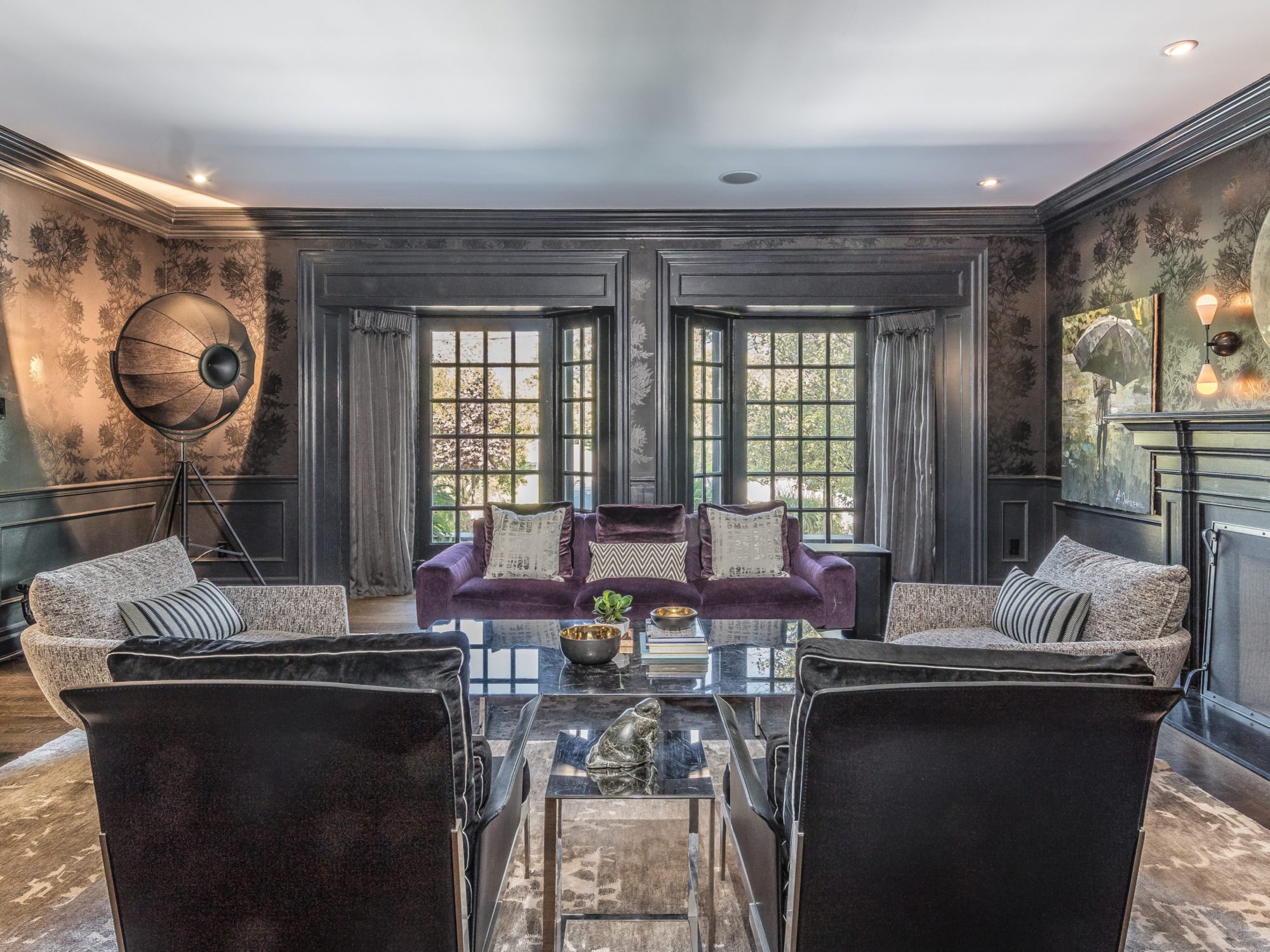 The botanical theme carries over into the attached dining room: 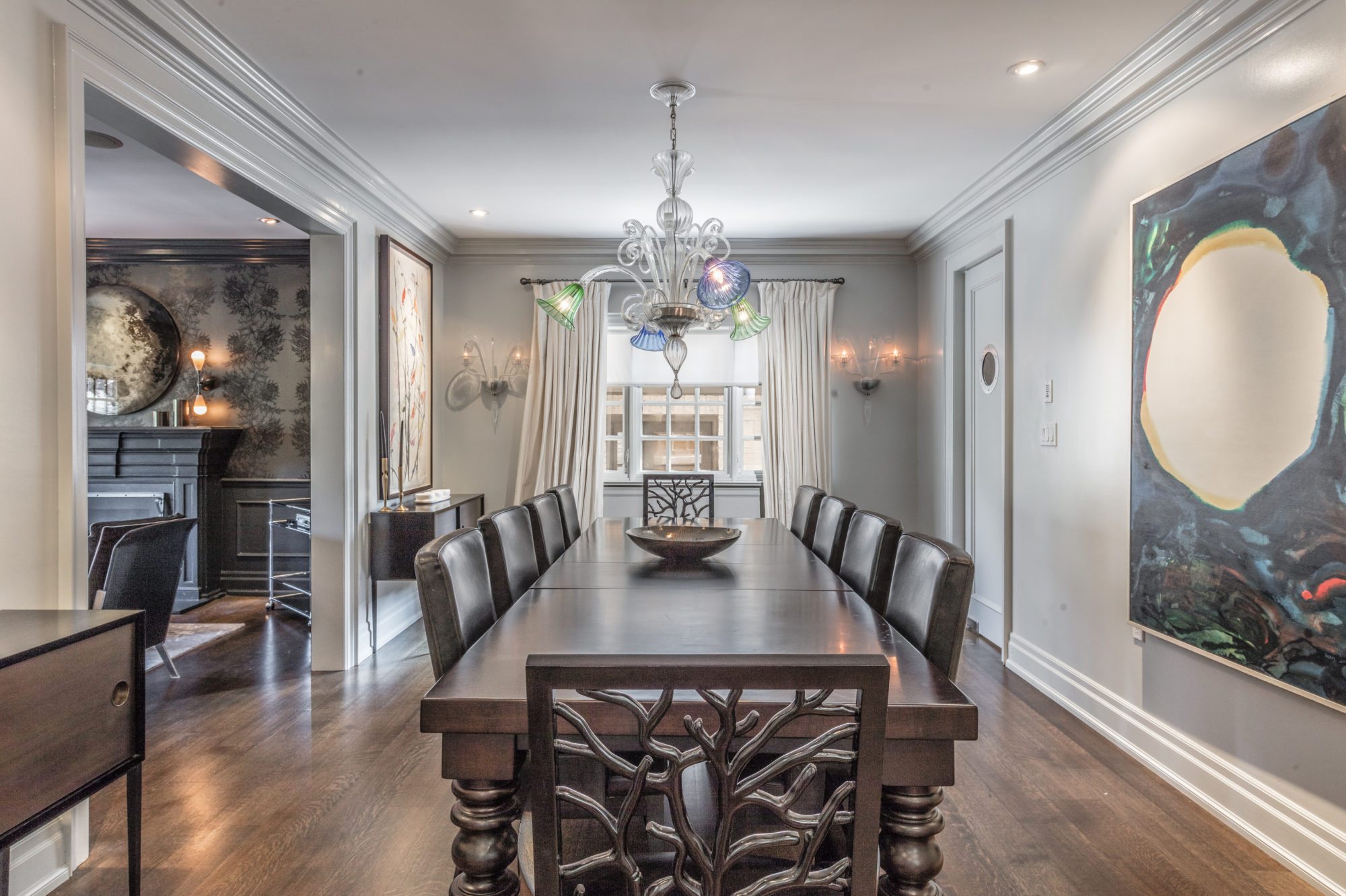 The office is wood panelled, up to and including the ceiling: 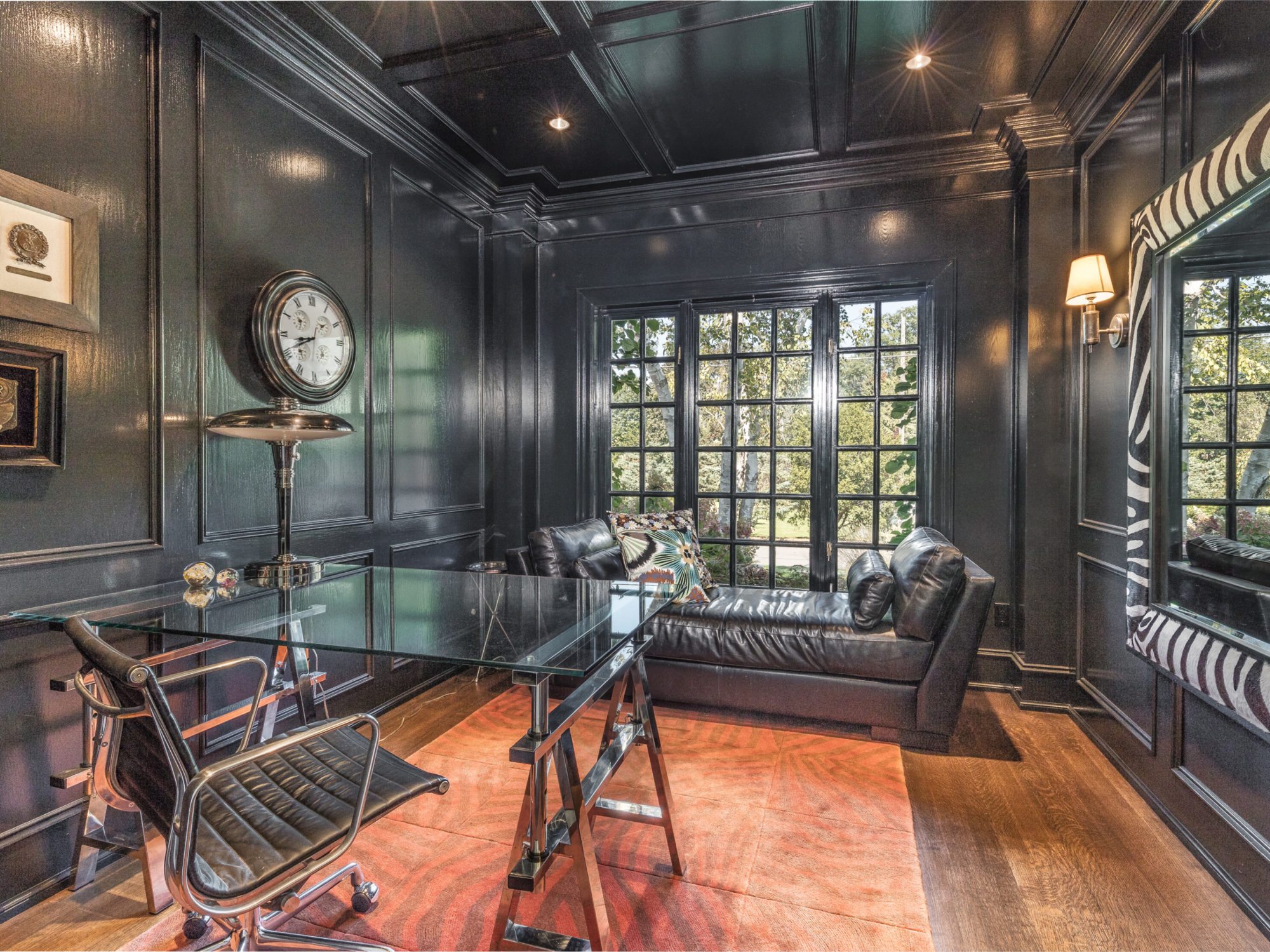 Here’s the kitchen and breakfast area: 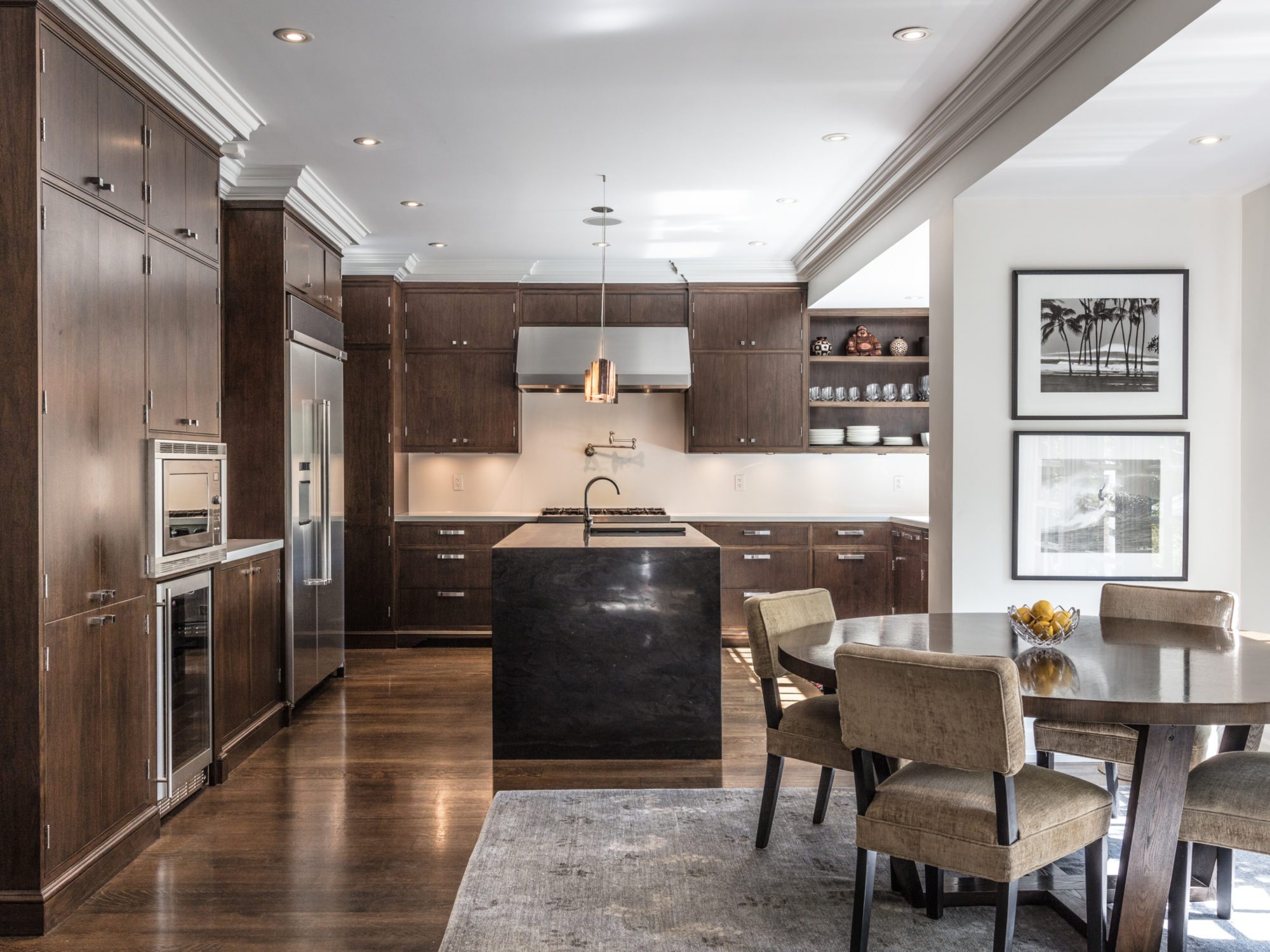 And the family room: 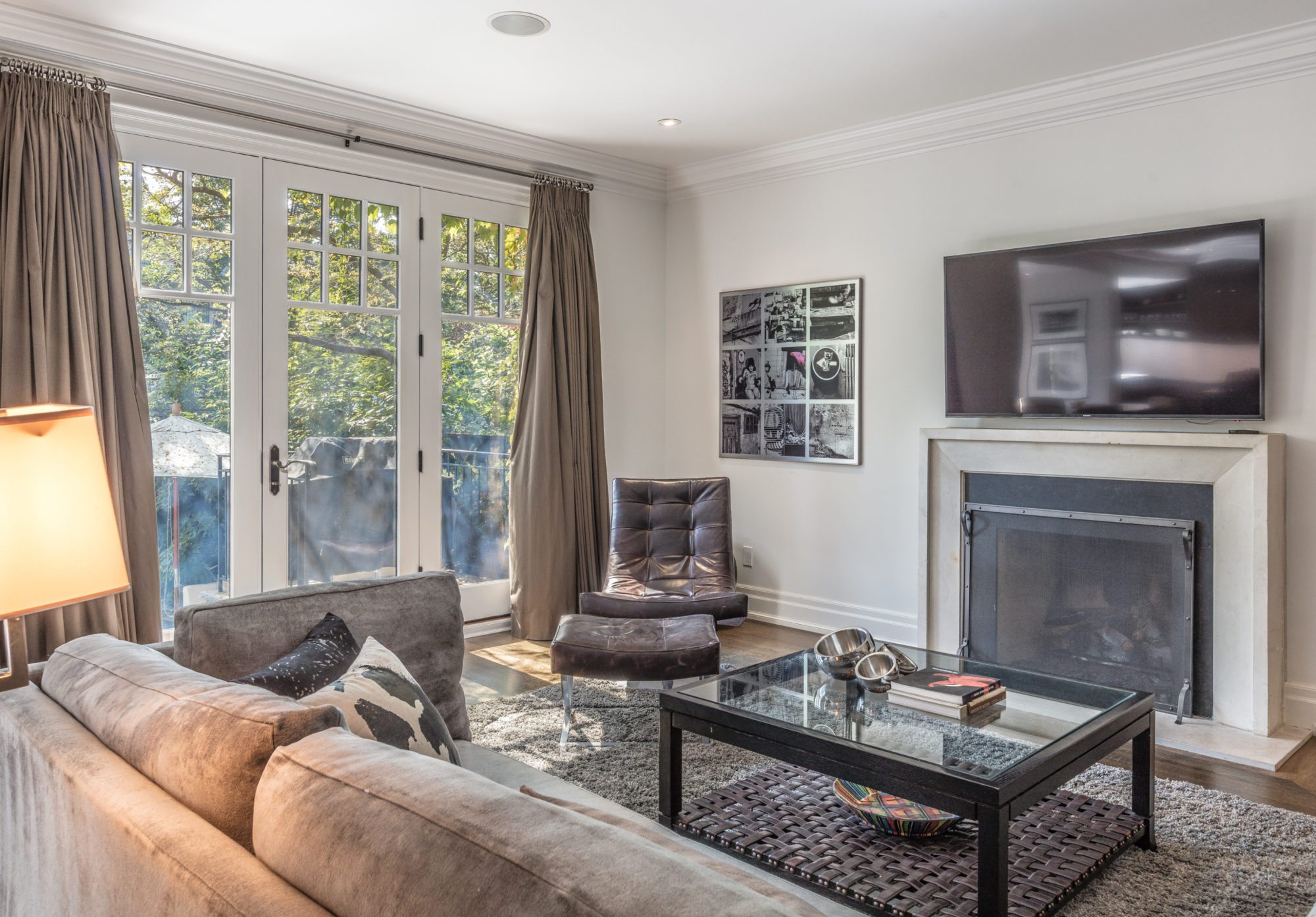 There are four bedrooms on the second floor of the house. Here’s one of them: 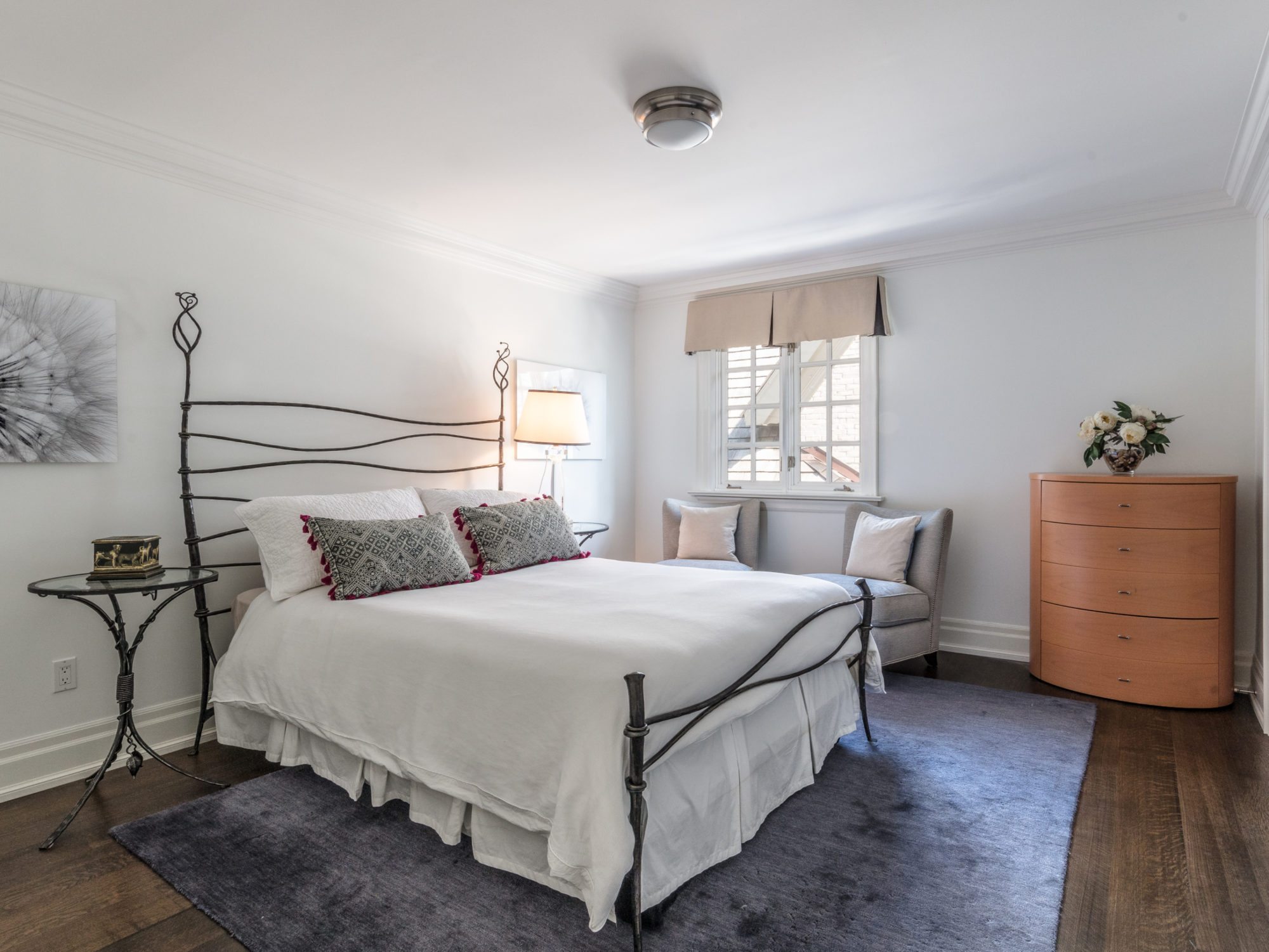 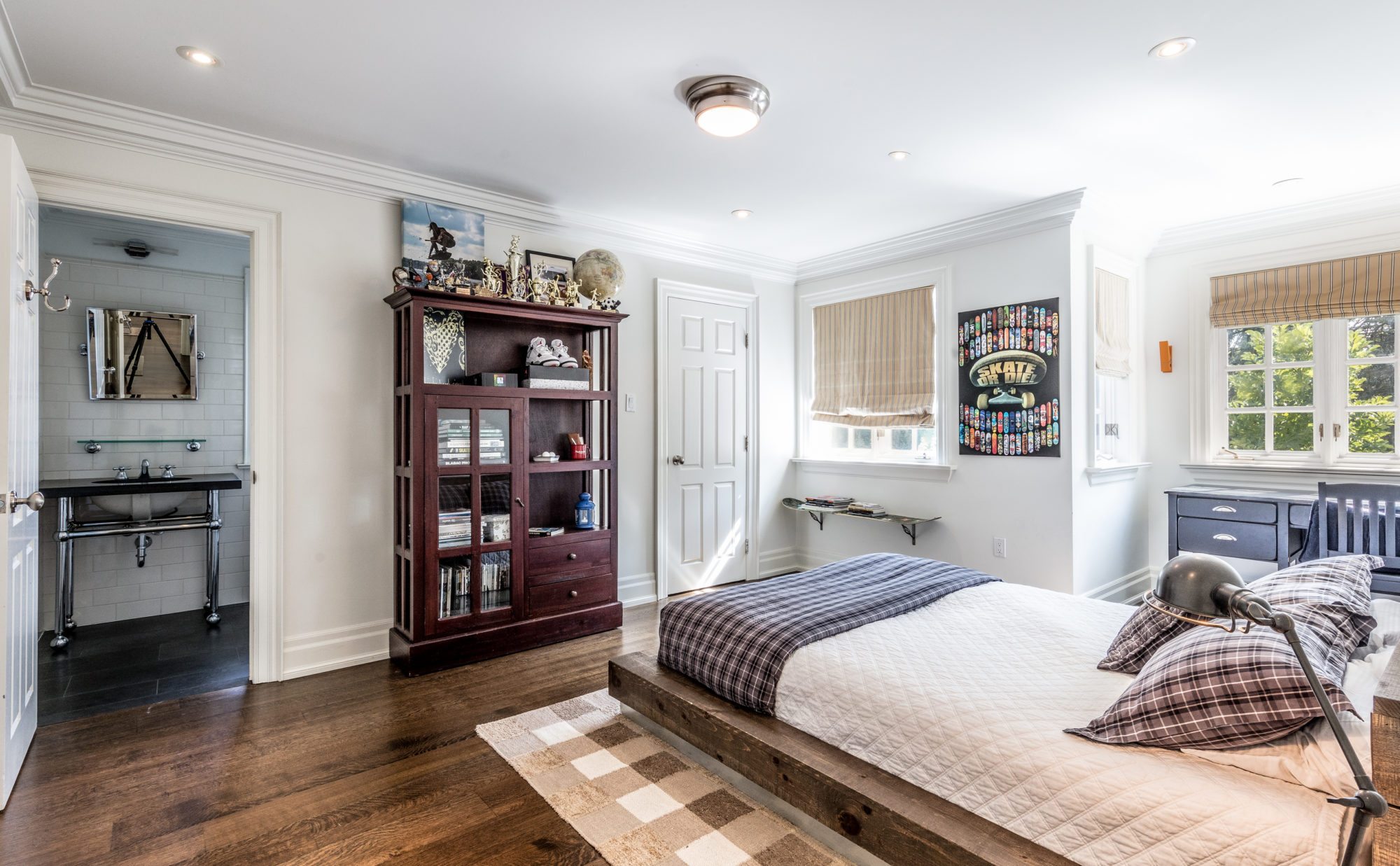 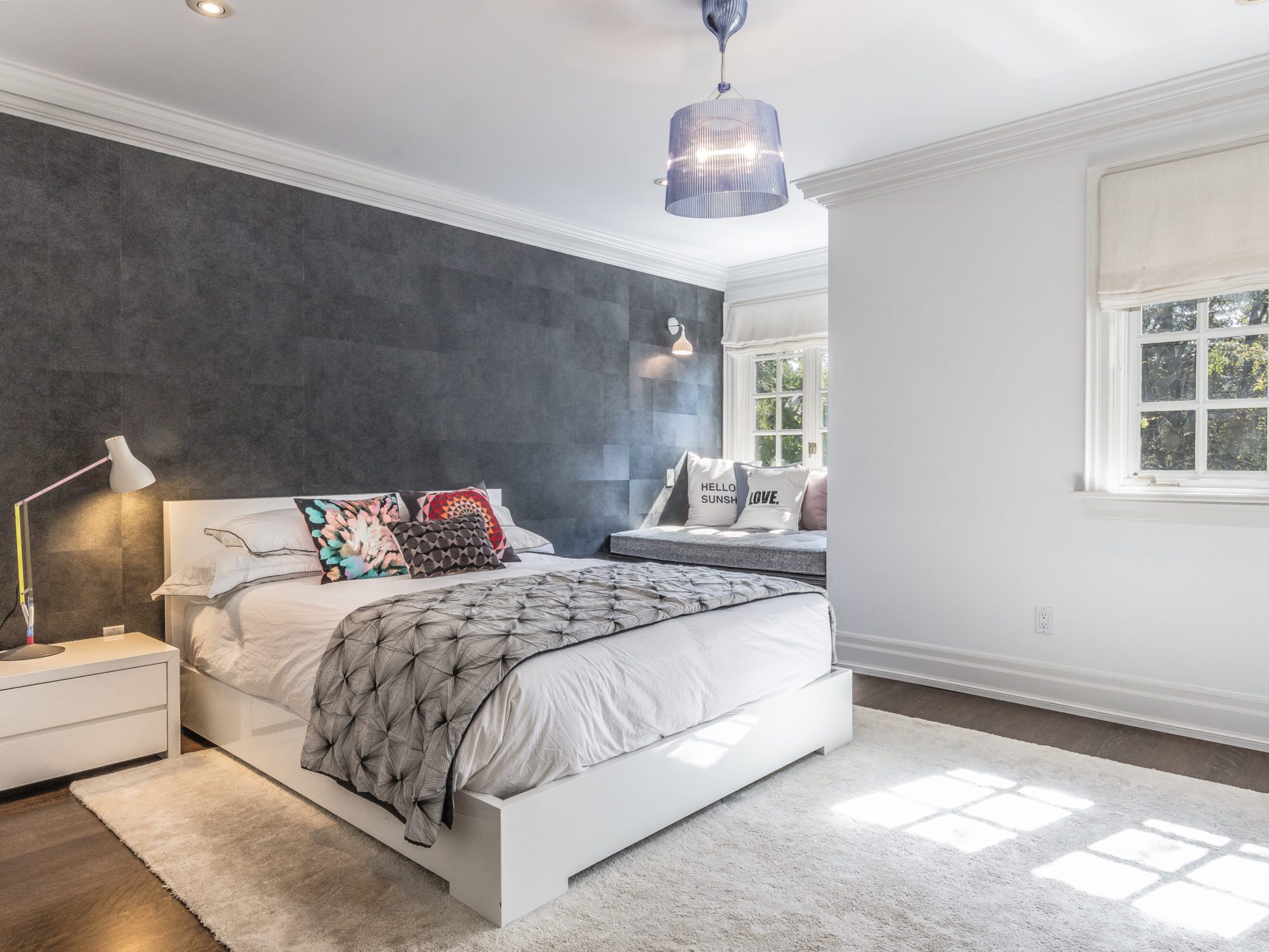 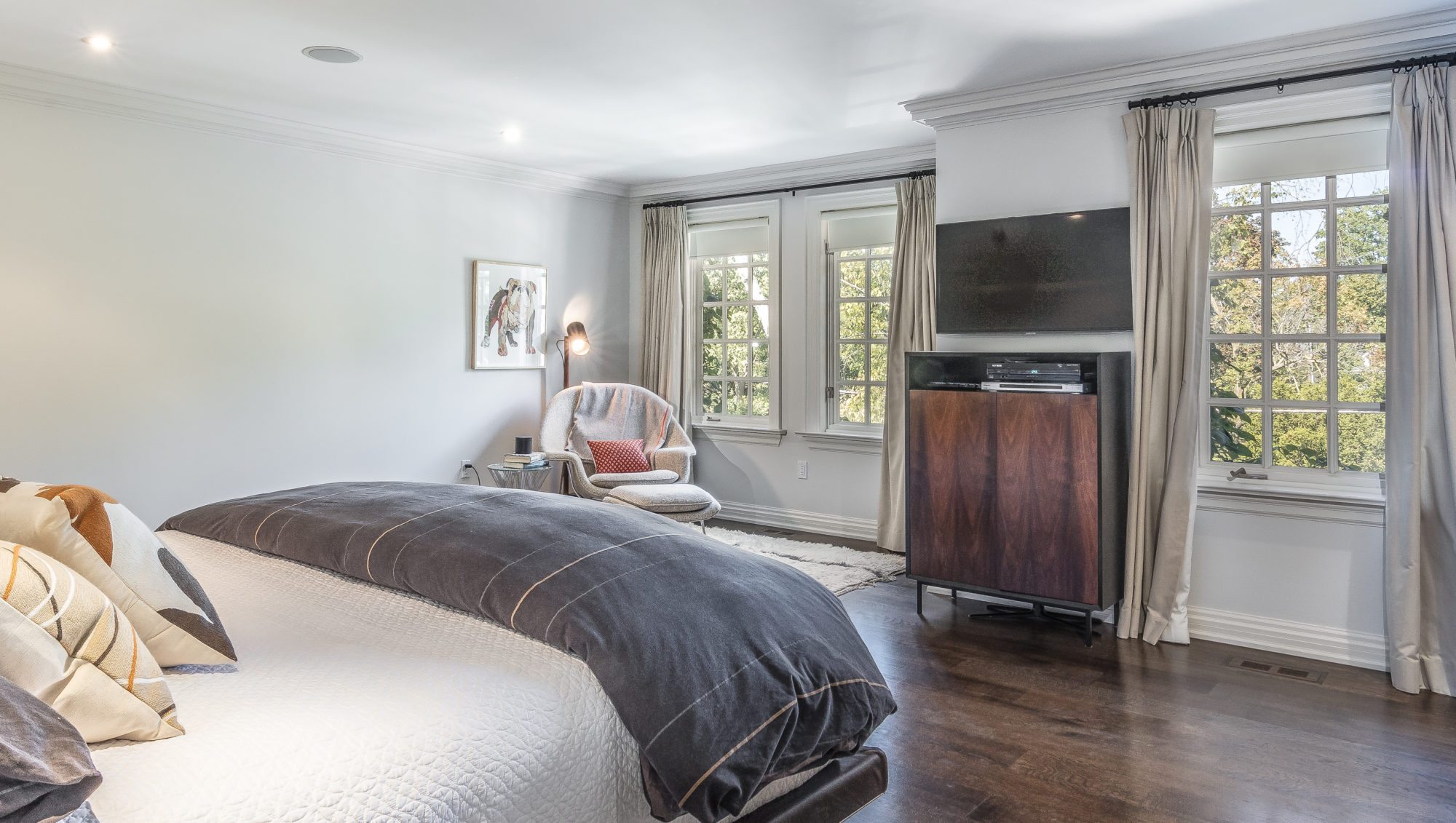 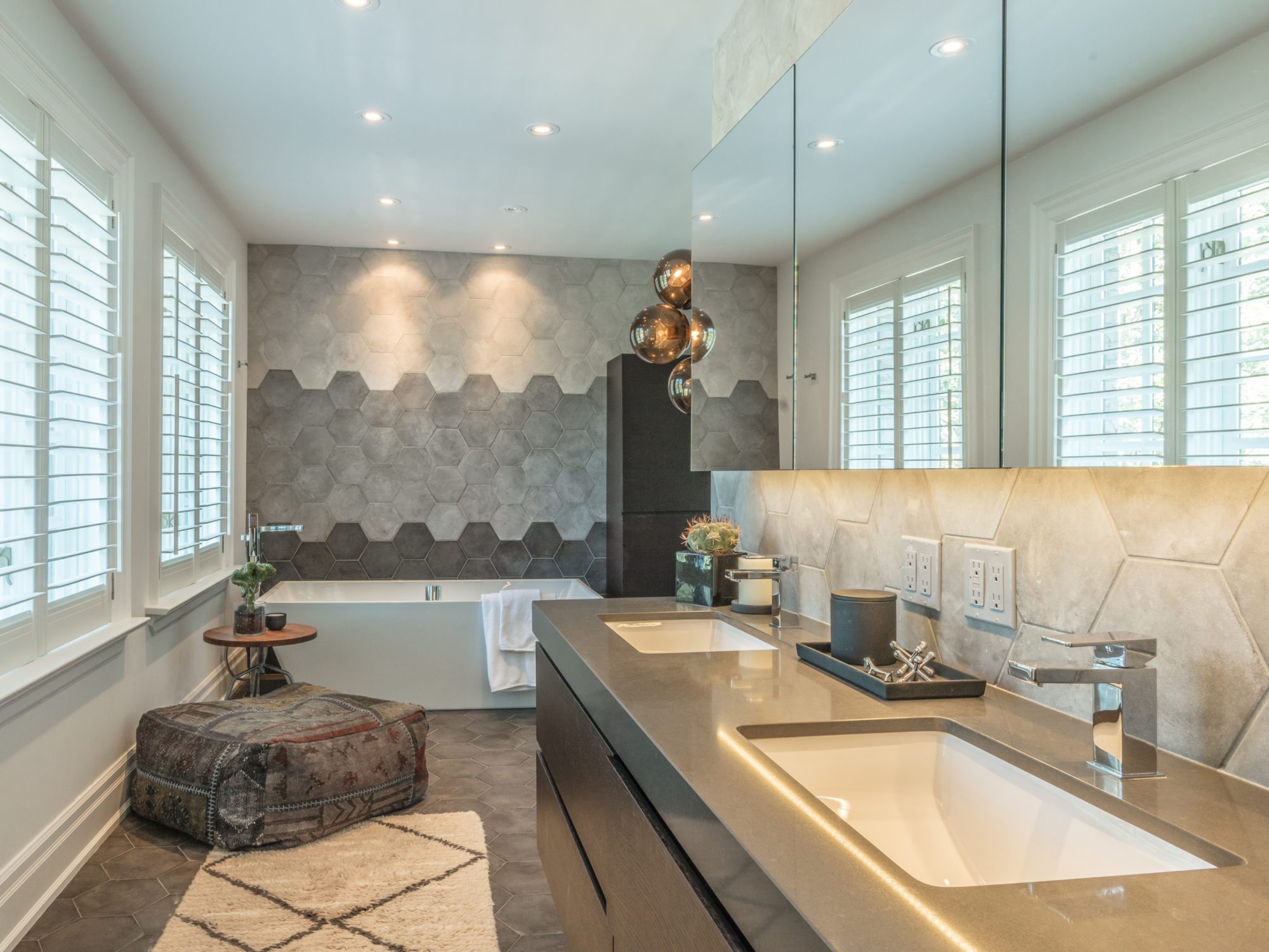 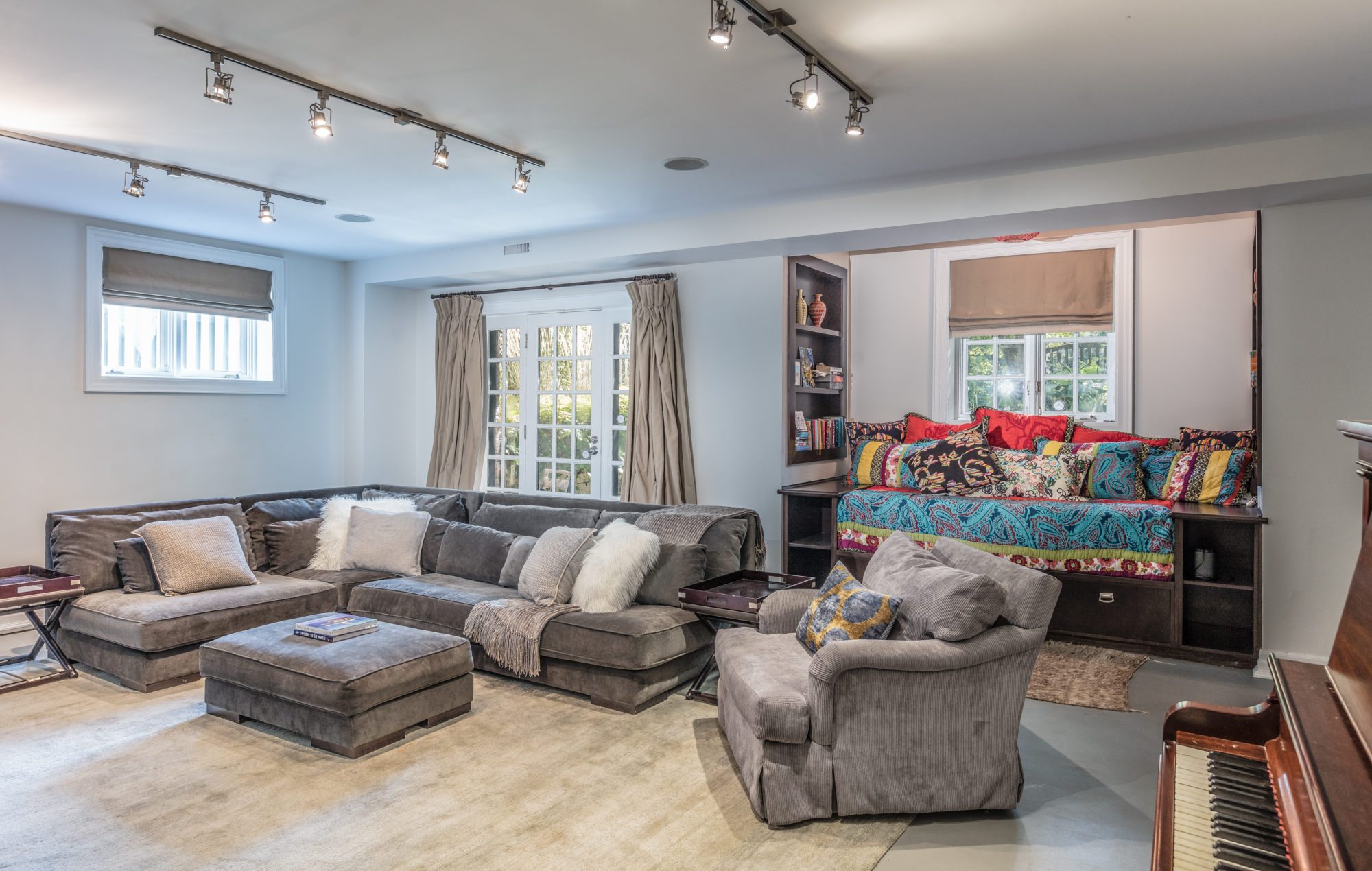 And a large backyard: 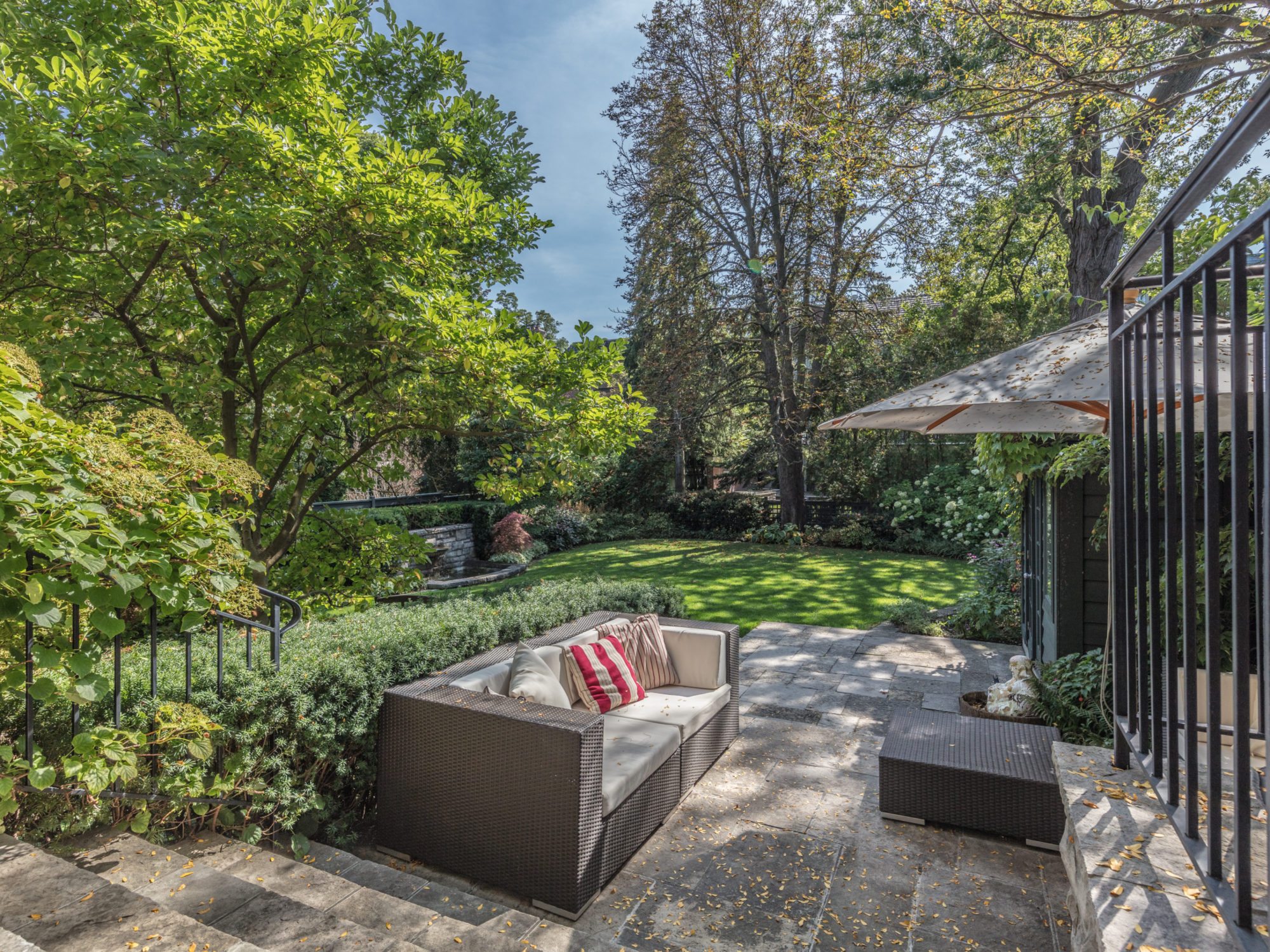 A married couple raised their children here, but they’re downsizing now that the kids have gone to university.

The agent says the place is going to a “local buyer.”

Despite the high asking price, there were many showings and the property sold in just two weeks. The agent thinks the location, near the Toronto French School, might have helped. So did the sellers’ flexibility: they accepted $105,000 less than their asking price.