A 30-acre estate in Prince Edward County, with a four-bedroom main house, a two-bedroom waterfront cottage, a private beach and a small peninsula. The property is located near Picton in the community of Waupoos (rabbit in Ojibwe), just a short drive from a ciderhouse, winery and cheese shop. 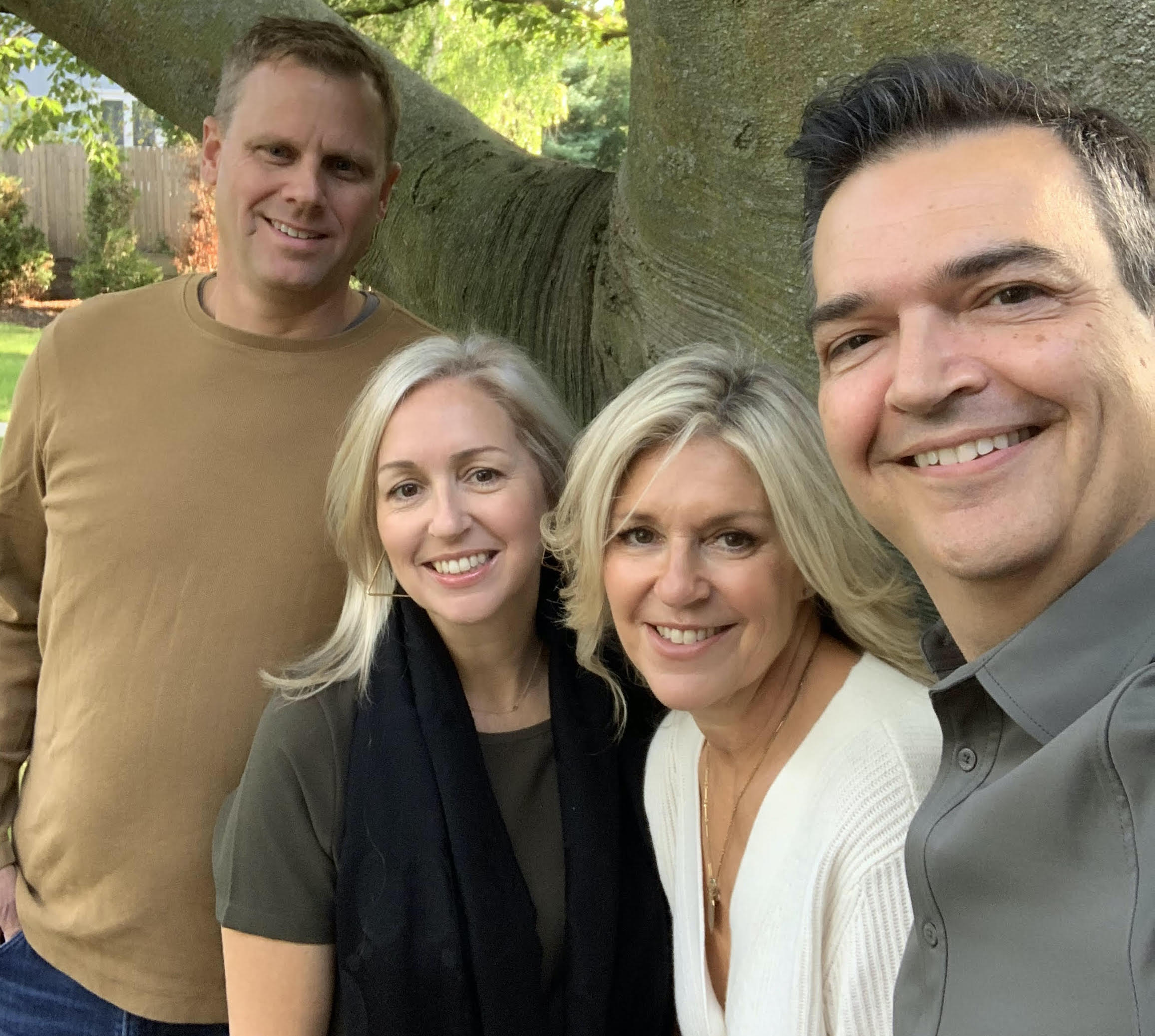 In 1996, a couple who lived in the Beaches bought this property. At the time, it consisted of a small rundown cottage near the waterfront. The couple initially planned to build a garage and woodworking shop, with a couple of bedrooms overtop, but the construction ballooned into a 7,000-square-foot house with steel beams and 22-foot ceilings.

In 2006, they moved to the property full-time with their young son, hosting beachside dinners during the summer and building ice sculptures along the shore in the winter. When the husband passed away, in 2012, his wife turned the property into a part-time rental space called “The Beach Waupoos,” a nod to the property’s Ojibwe origins. She rented it for three to five weeks a year, at roughly $1,500 a night.

In 2018, when her son moved to Europe, she decided to keep a 30-acre portion of the property to build a new home for herself, before listing the other 30 acres for $3,970,000. Without an agent or exposure on MLS, the property sat for two years without receiving an offer, while also functioning as a rental unit. But when the pandemic hit and summer bookings maxed out—as Torontonians looked to escape the city—the seller focused on managing the Airbnb and hired an agent to sell the property. On July 10, the listing went live.

Around the same time, Nicole and Mark had planned to be in France and Portugal with their two daughters. When the pandemic kiboshed their summer vacation, they were eager to ditch Oakville for a different getaway. Mark visited Sandbanks Beach in Prince Edward County every summer with his family when he was younger, but hadn’t brought his own girls in a while. In early August, they booked an Airbnb in Picton.

Meanwhile, Nicole’s sister Daina and brother-in-law Trevor, who also live in Oakville, were considering buying a vacation property for themselves and their three kids. Though they initially wanted to find something in a sunny U.S. location like Florida, the pandemic made them shift their attention closer to home. Daina and Trevor were interested in Muskoka, but after Nicole’s Picton trip, Daina suggested the two families team up for a joint property in PEC.

Both couples wanted a place where their families could stay simultaneously, while also having the potential to function as an income property for part of the year. They first considered converting a $700,000 triplex in Picton into a single unit, but rules for short-term accommodation in the county were becoming increasingly strict, so they moved on.

When Nicole came across the $4 million online listing for The Beach Waupoos, she sent the link to her sister on a lark. They hadn’t considered a place so large, resort-like and expensive. Everyone was skeptical, but Daina’s husband, Trevor, ran the numbers and convinced the group to consider it. With their combined savings, the income potential and likelihood for a 30-acre waterfront estate to appreciate over time, everyone started to take the idea more seriously. The beach, which came with kayaks and stand-up paddleboards, piqued the interest of both couples. Plus, it was the type of place that could be passed down for generations.

Neither family wanted to miss out, so on August 3, without a proper viewing, they submitted an offer that matched the asking price, conditional on visiting the property and getting a home inspection. The same day, the couples went up to Prince Edward County to drive past the property and explore the Picton area.

On August 8, when they first visited the place in person, the seller was preparing to film a “lifestyle” video for the listing, featuring a beachfront BBQ, an outdoor dance party with a disco ball and a helicopter landing on the lawn—hoping to target big-pocketed buyers. The visit sealed the deal. Once both of the couples saw the scale of the property and the potential to carve out trails through the trees and build cabins in the woods, they firmed up the offer. Plus, the home inspector gave the property a passing grade, noting that the worn wooded façade of the main house would need to be repainted.

The sale closes at the end of October. In the meantime, the buyers are applying for their short-term accommodation license. They plan to take over the current Airbnb listing, but change the name from The Beach Waupoos to “The Two Sisters Beach.” And the seller will stay nearby. She recently purchased a house in Picton, where she’ll stay while her new lakefront home is built. Next summer, she hopes to rent out The Two Sisters Beach with friends and family.

Here’s the front of the main building, which the sellers called the “Big Blue House”: 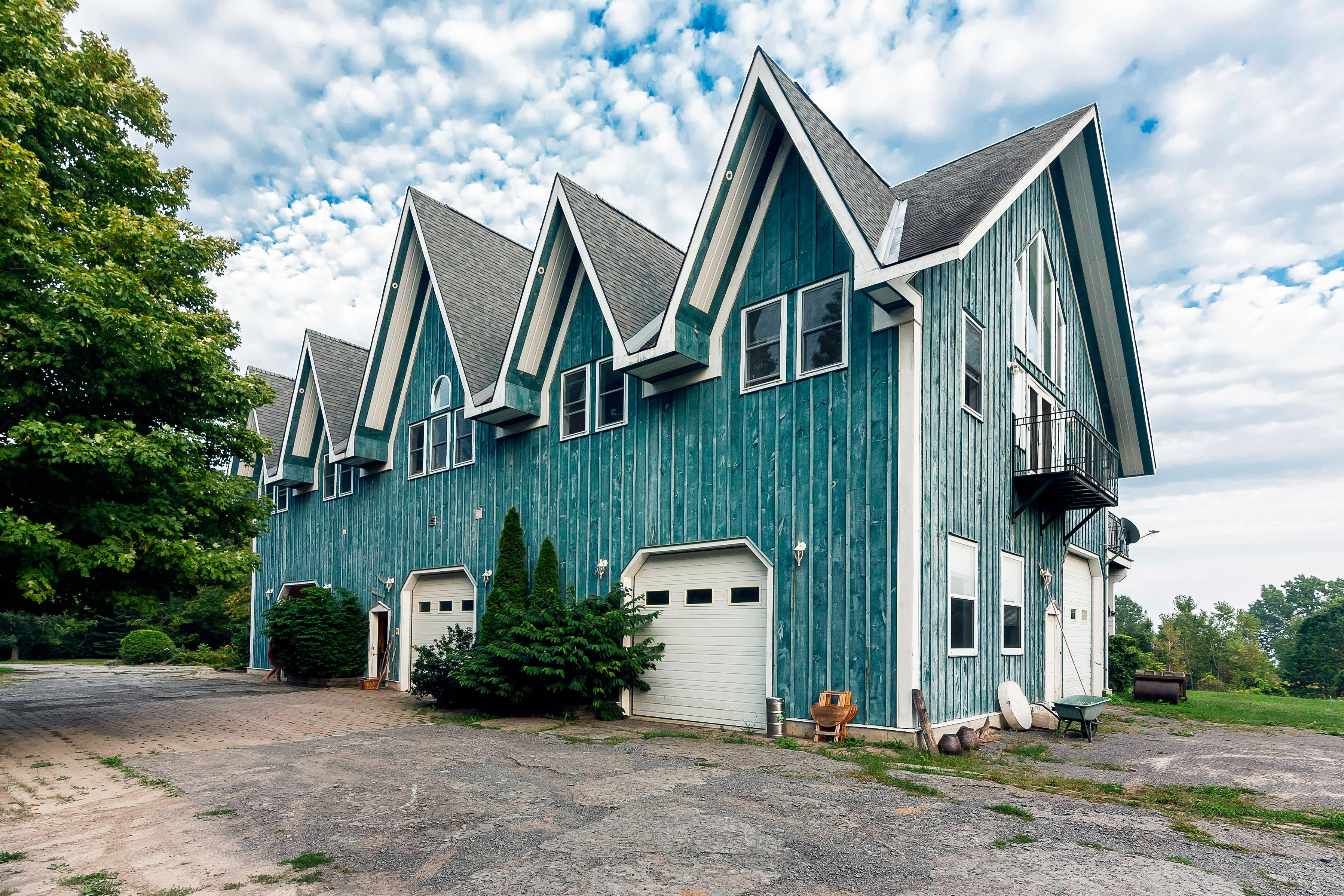 Inside, the steel-beam structure has 22-foot ceilings: 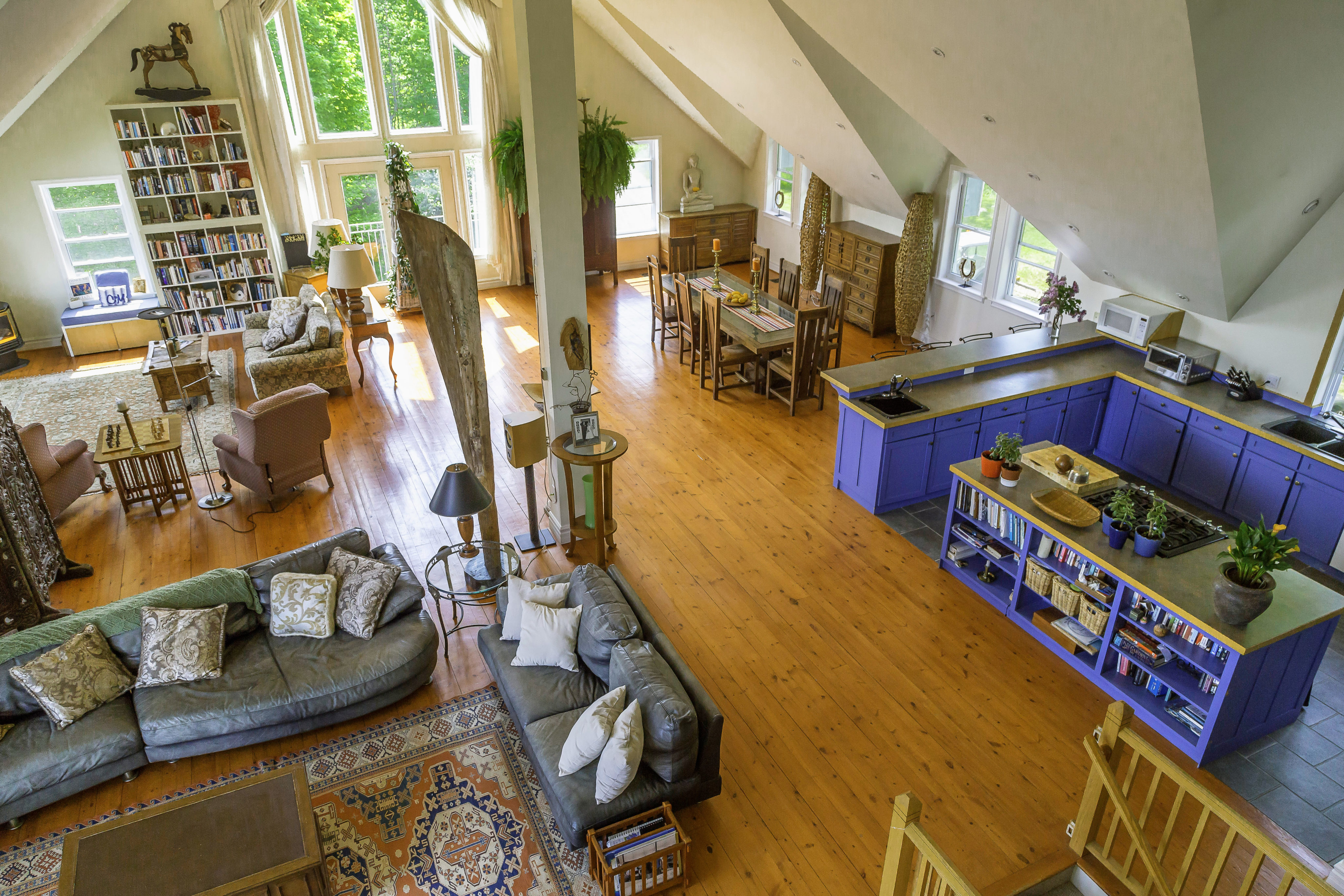 Here’s the 670-square-foot living room, which has a gas fireplace: 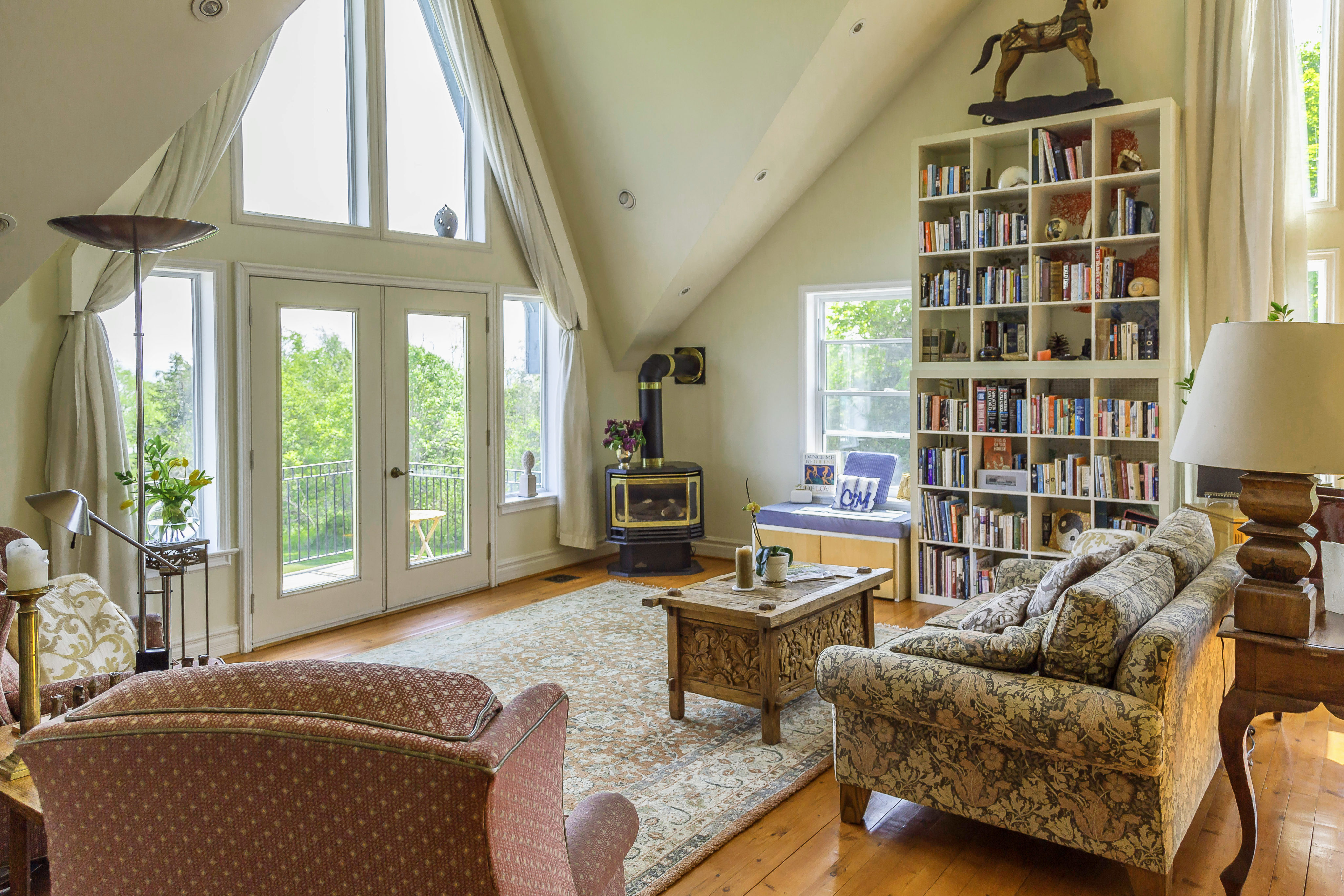 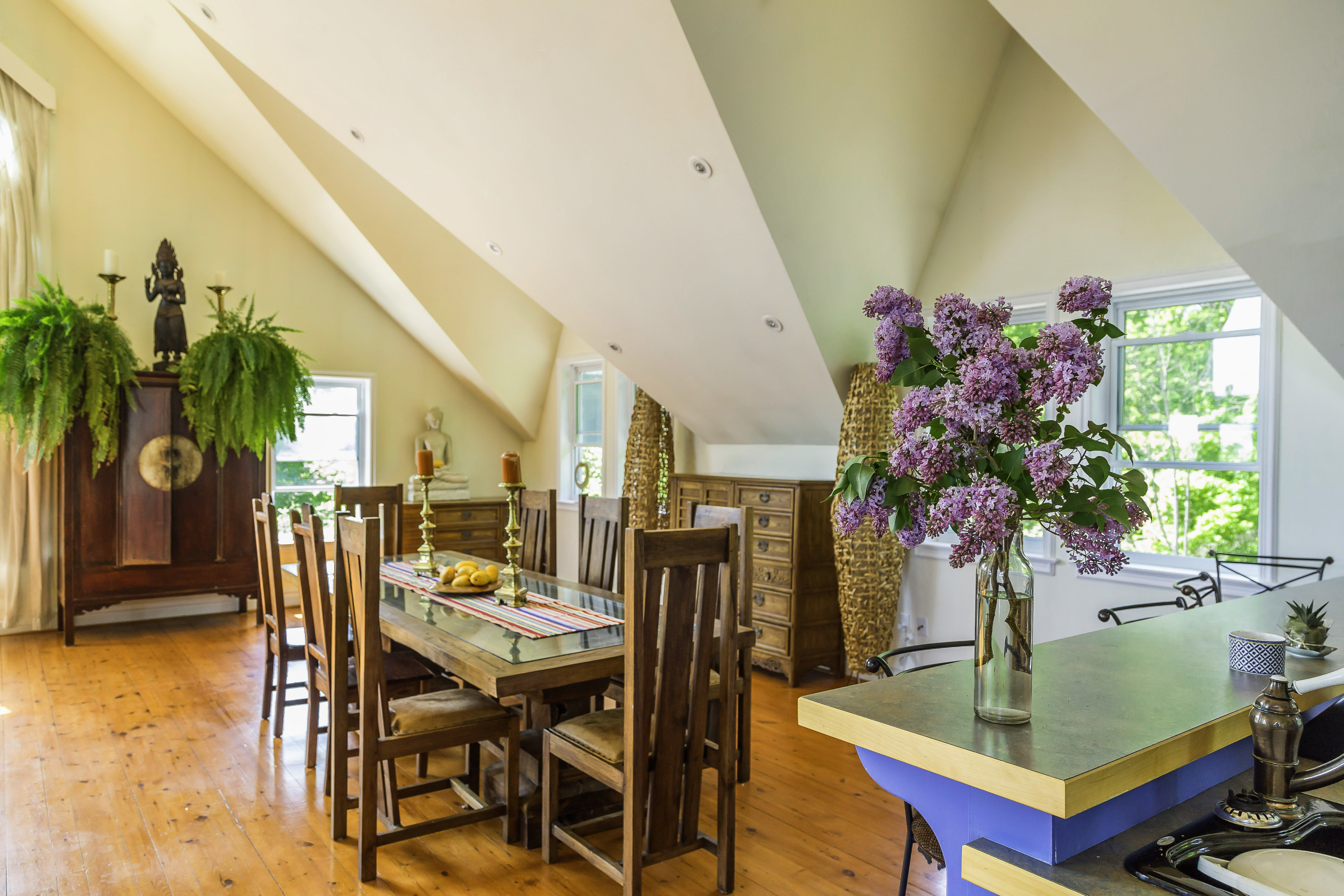 Here’s the kitchen, which the seller painted blue to match the exterior: 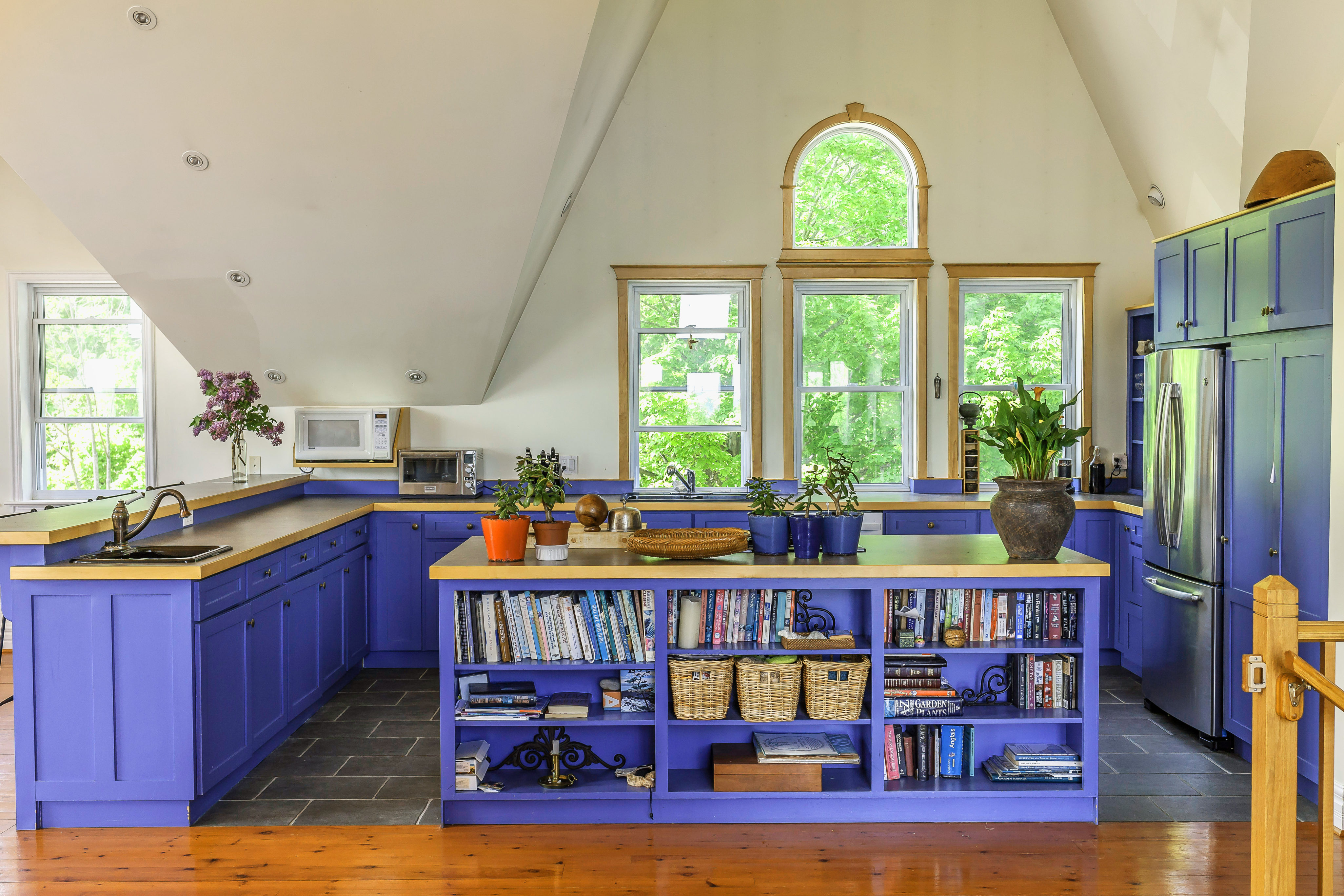 Above the main floor, there’s a 250-square-foot loft, where the sellers added extra beds: 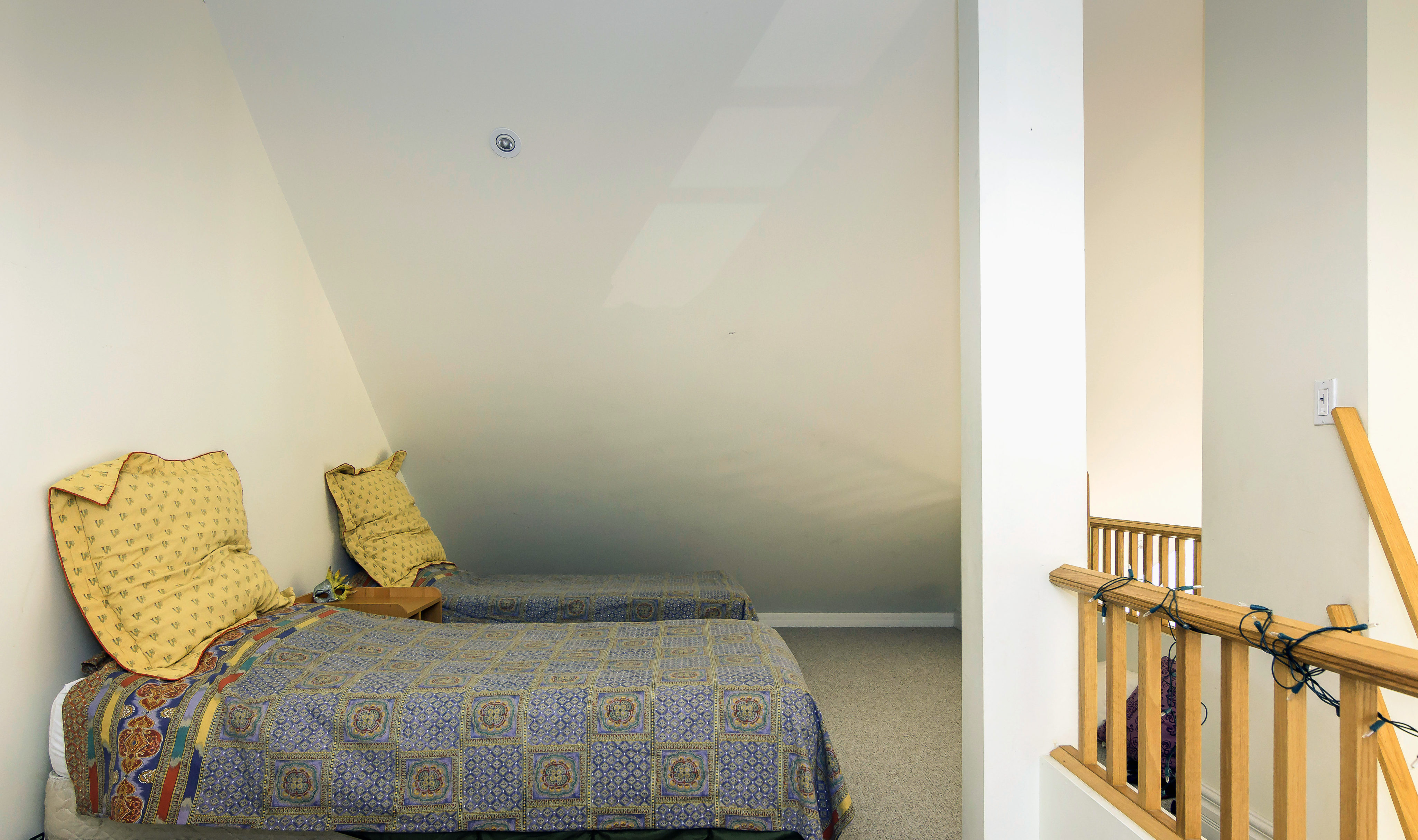 The first two bedrooms are both less than 200 square feet: 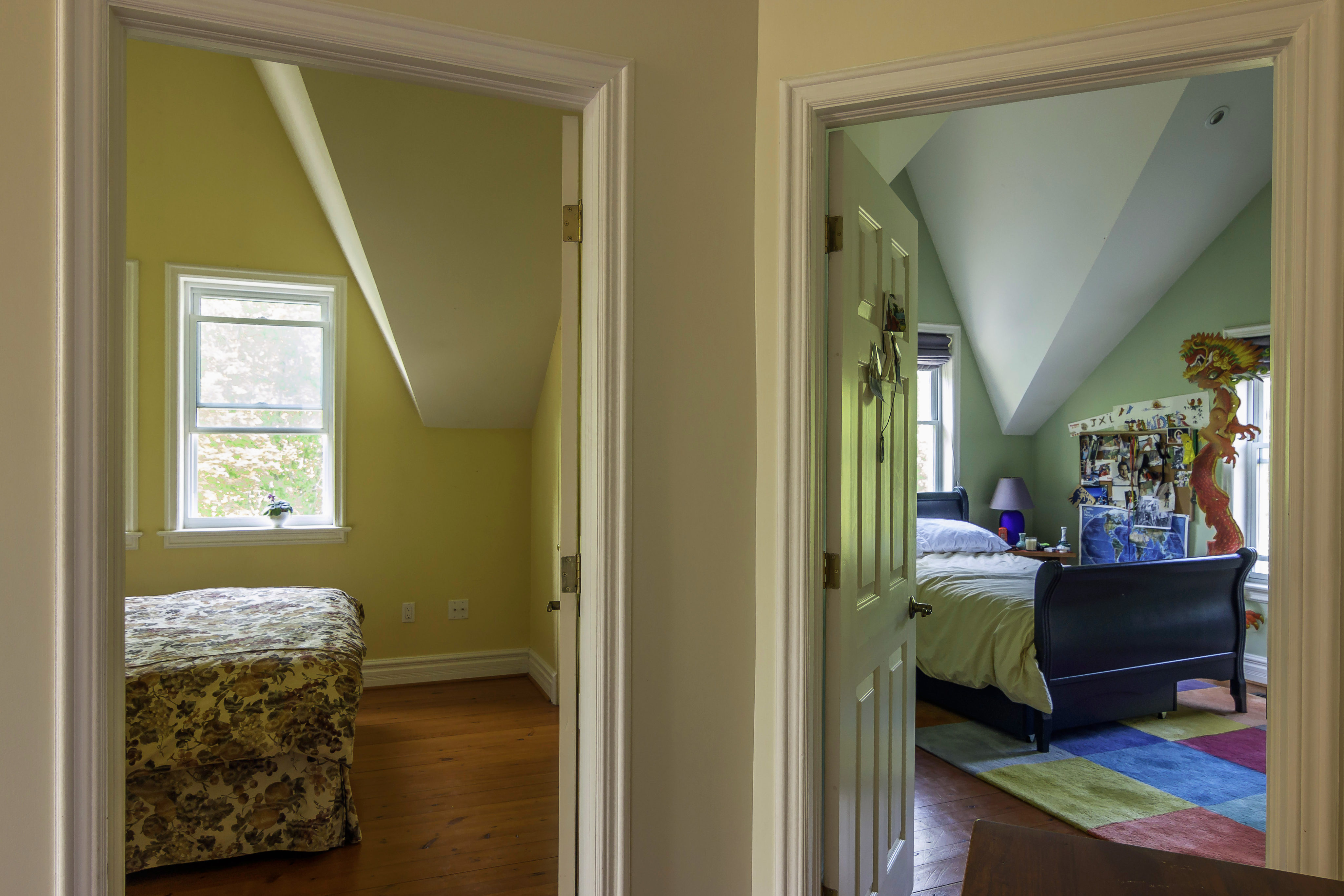 The master bedroom is 450 square feet with plenty of headroom: 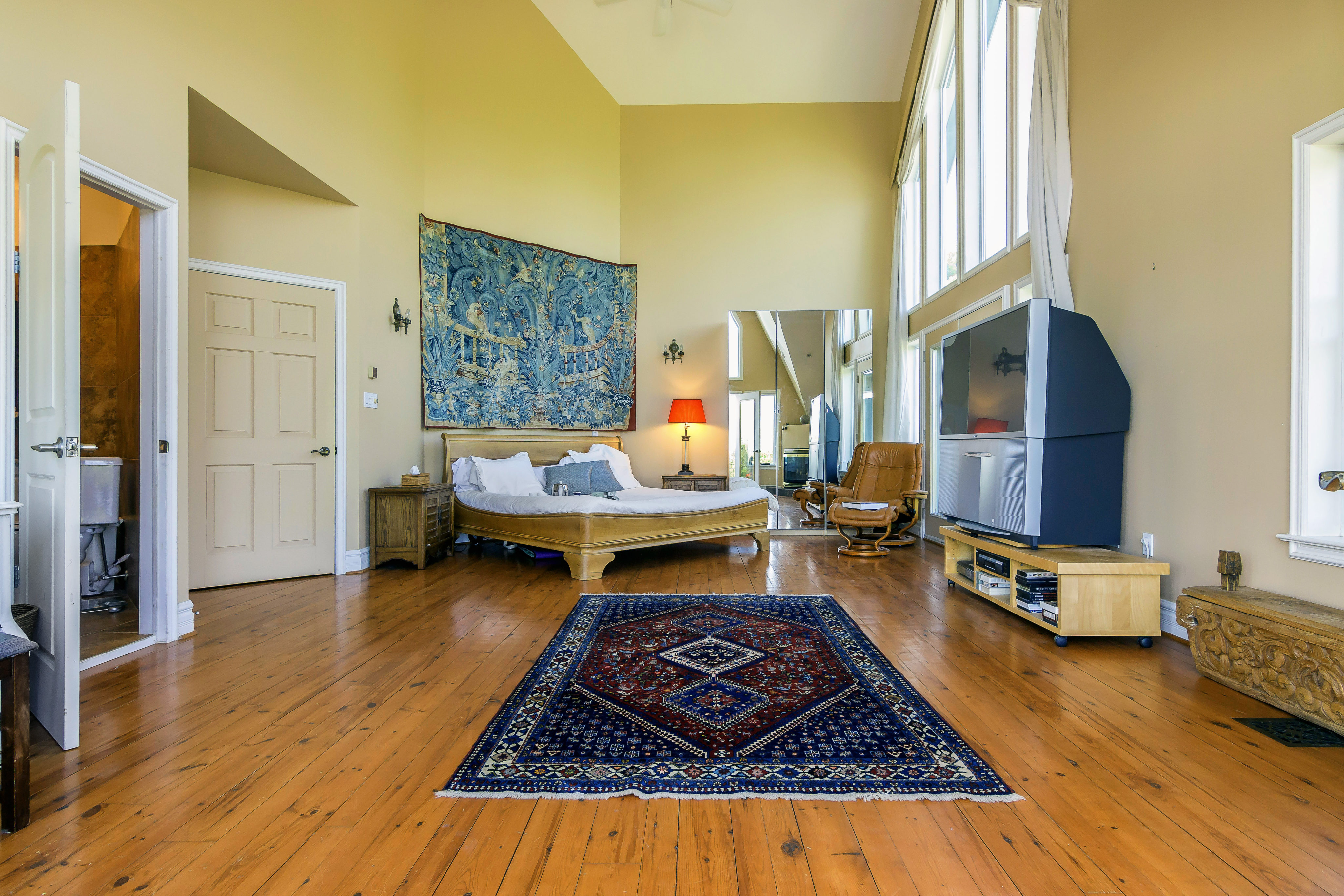 Outside, the beach is a two-minute walk from the house. It has a pavilion with a kitchenette, dining area and ping-pong table: 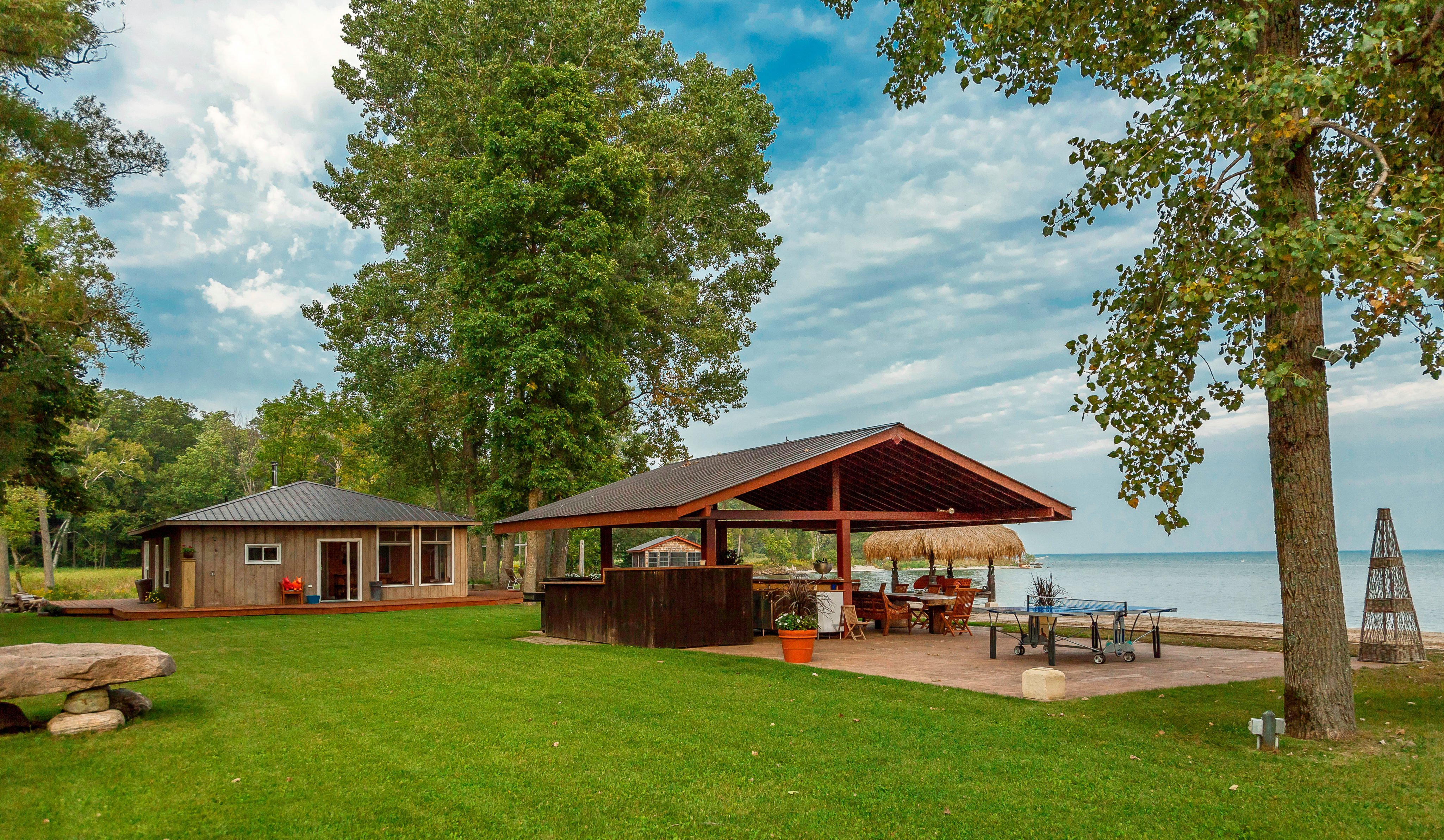 Pre-Covid, the sellers hosted 25-person luncheons at this 18-foot table, which is made from Indonesian teak: 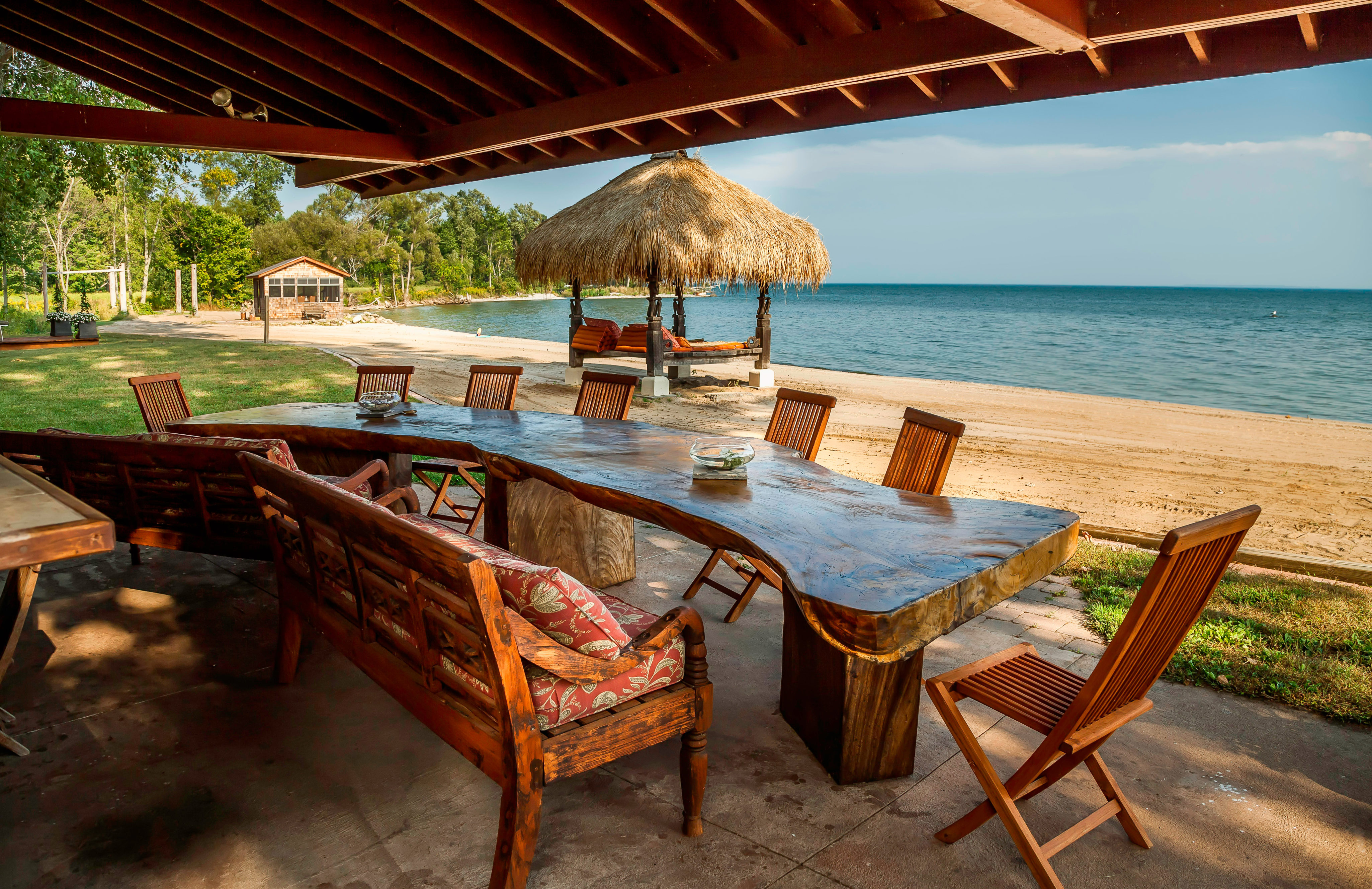 After living in Bali for a year, the seller bought this seating area as a birthday gift for her late husband. It’s known as a bale-bale in Indonesia: 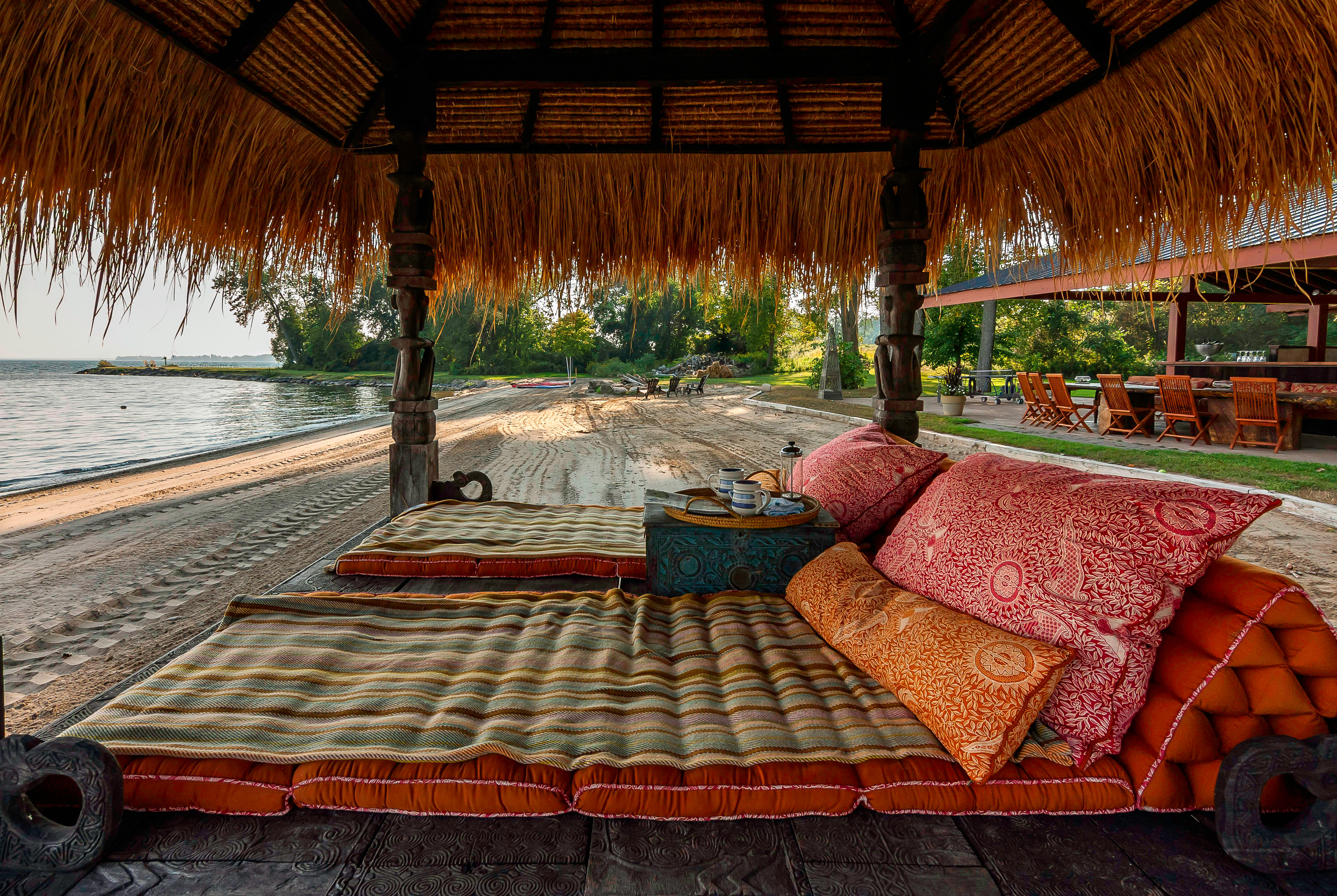 There’s a small peninsula on the property, where the sellers hosted multiple family weddings: 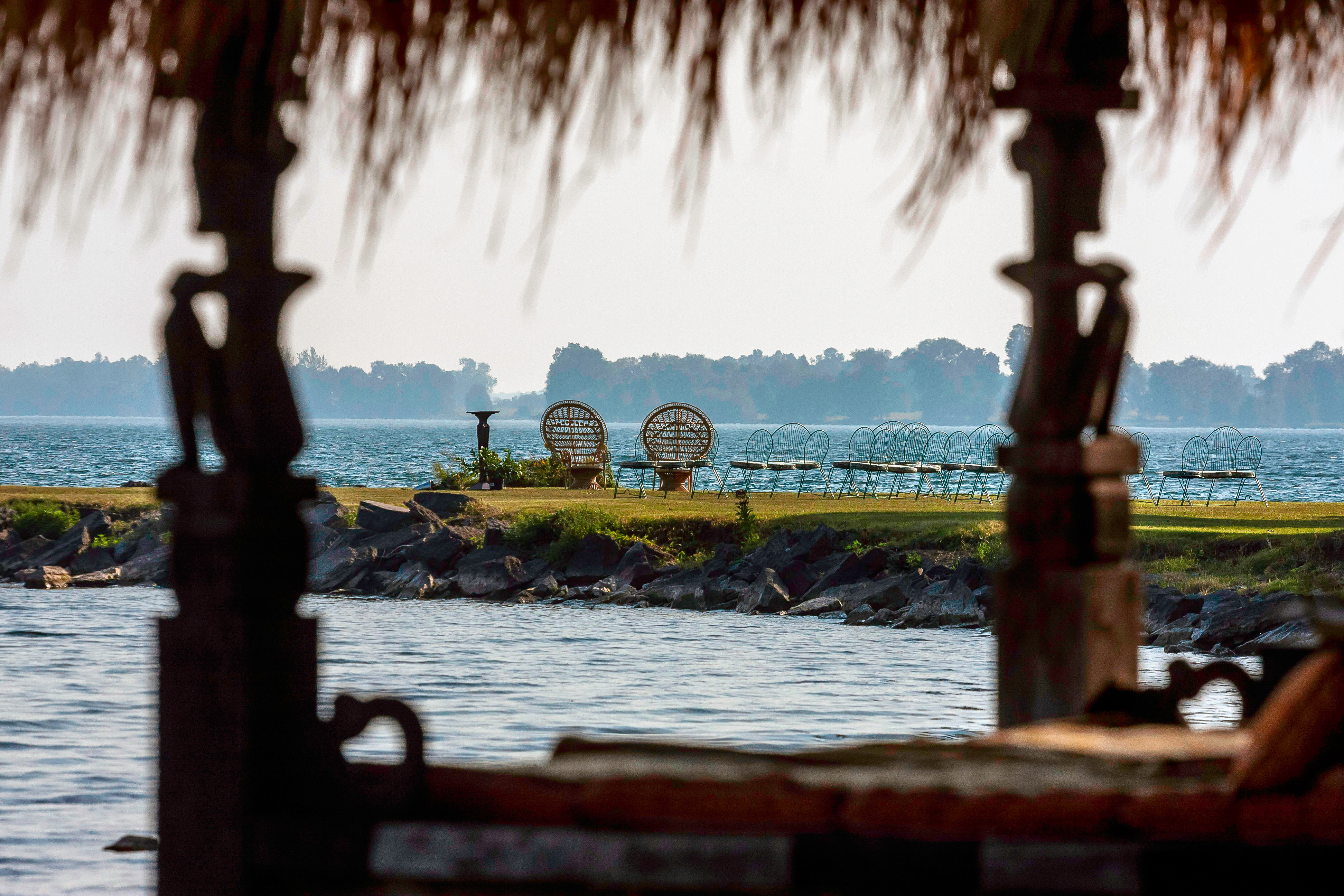 Here’s the beach cottage, which has beadboard ceilings and hardwood floors: 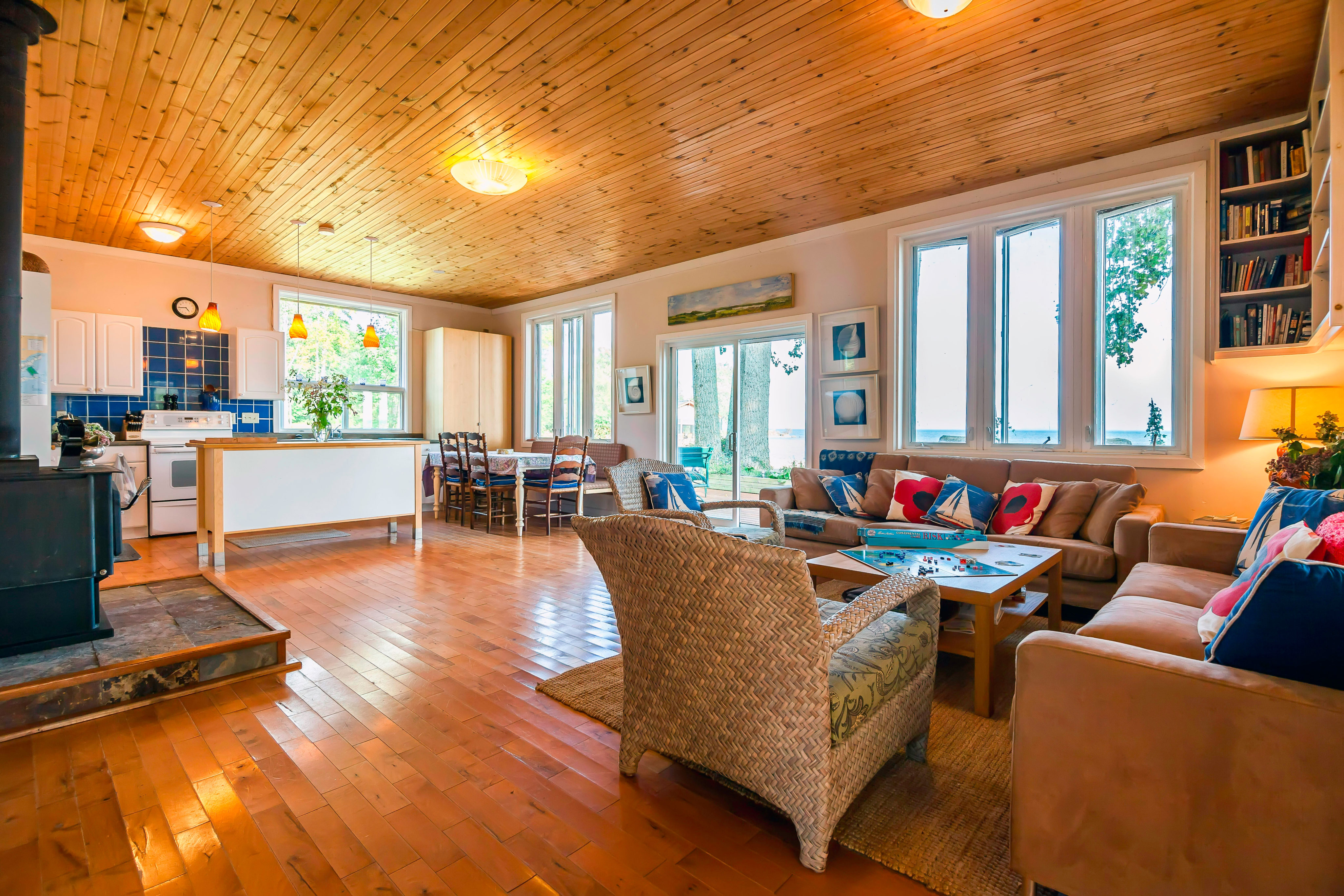 Both bedrooms look out onto the forested area between Big Blue House and the beach: 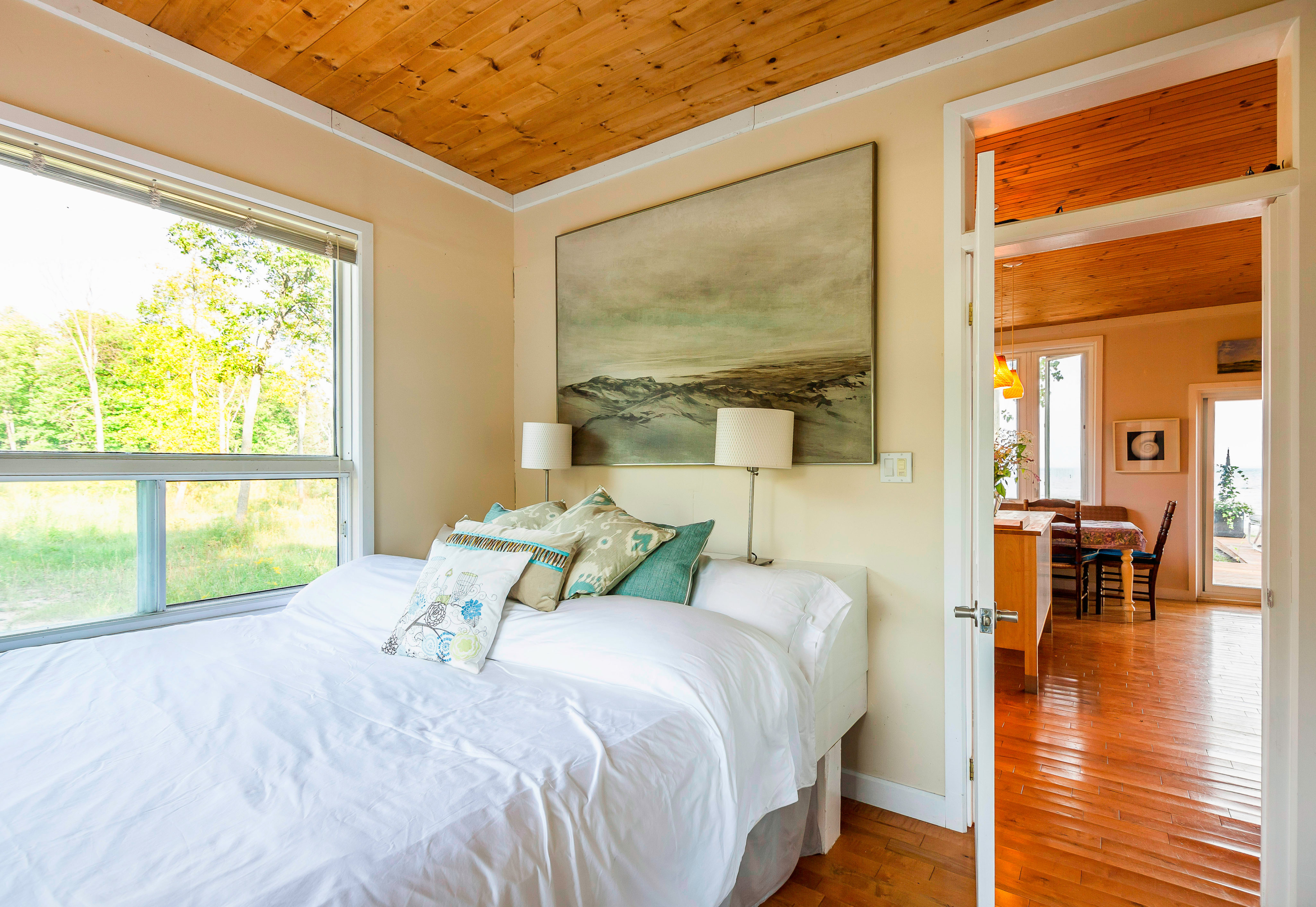 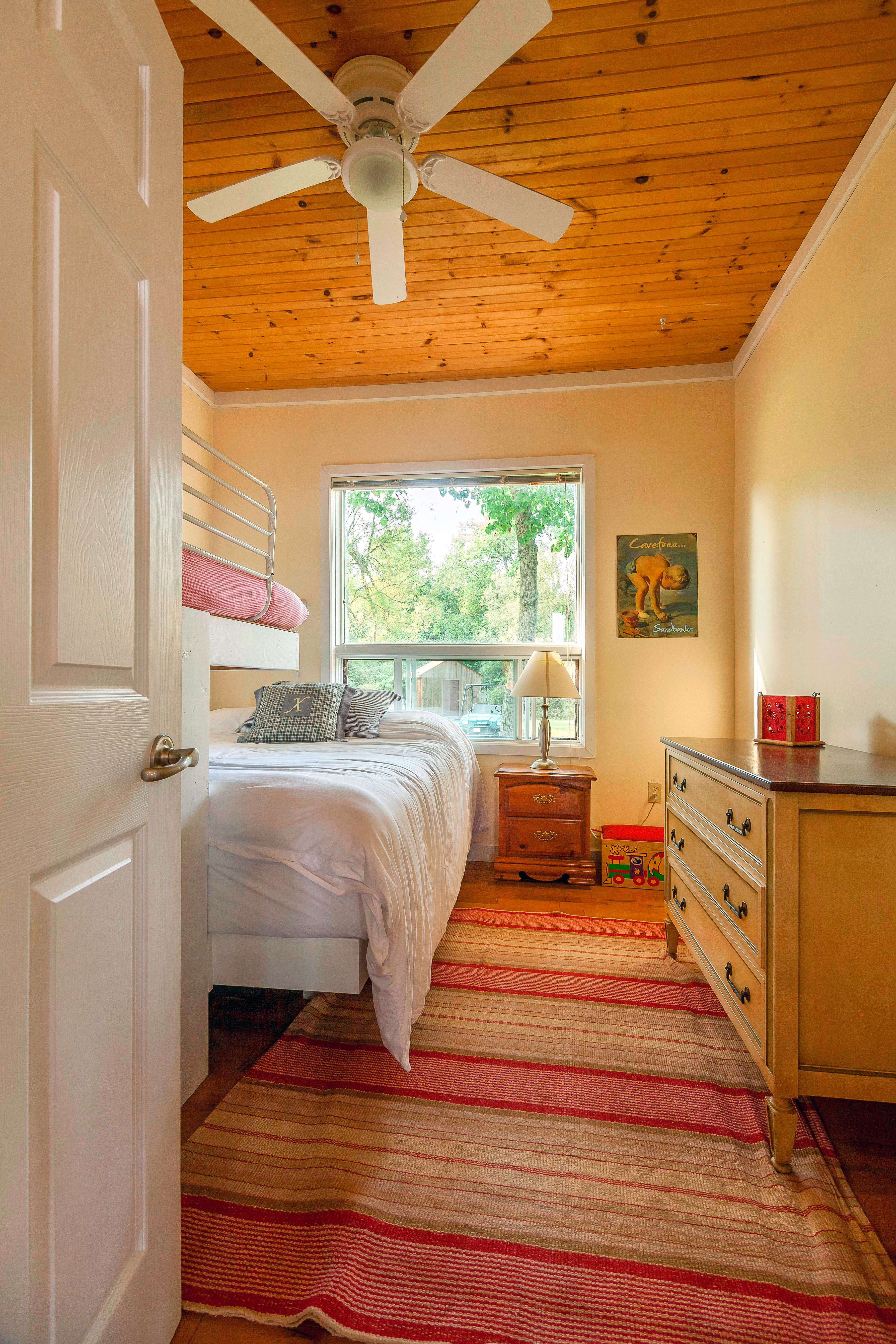 There’s also a sunroom on the beach-side of the cottage: 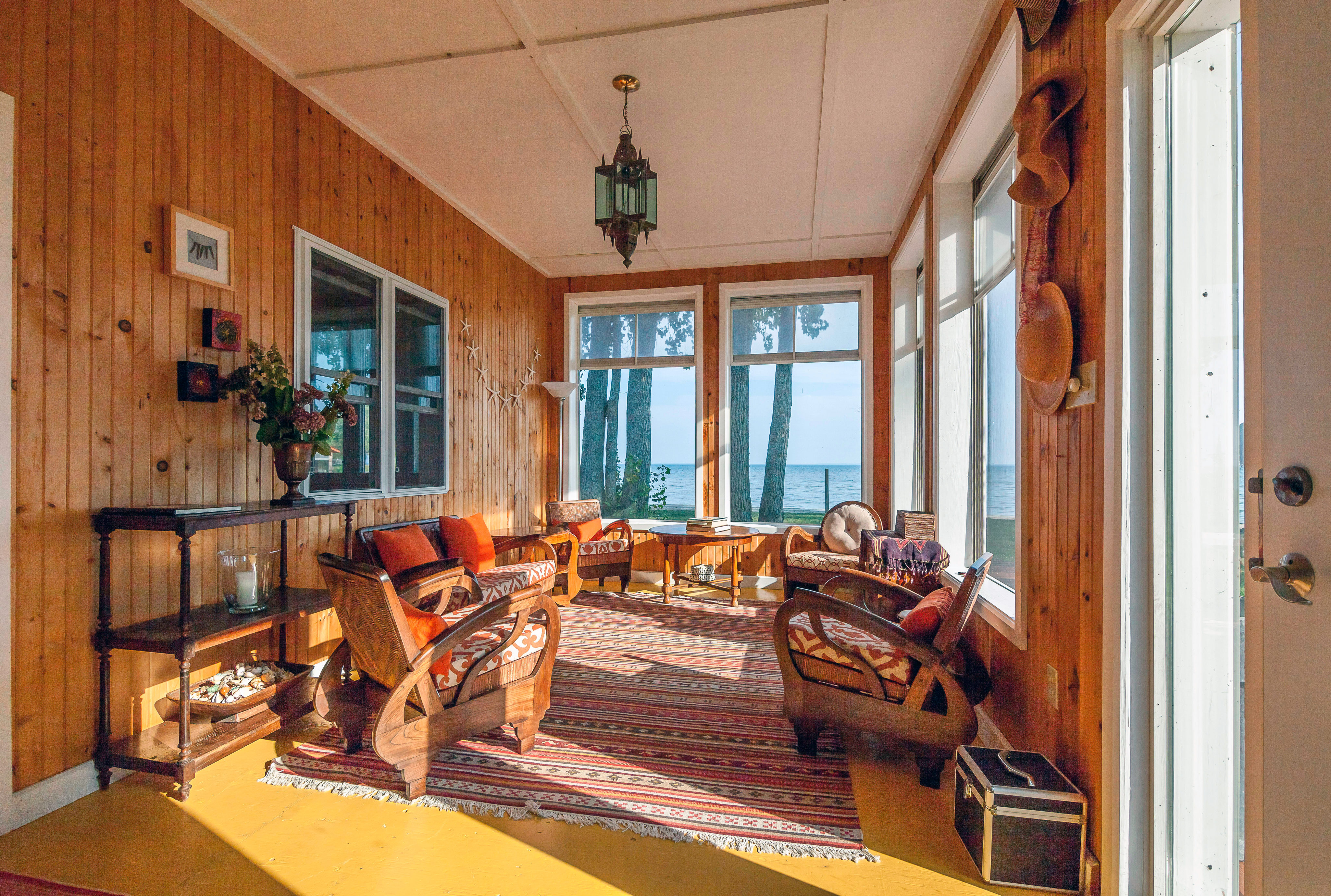 That sunroom connects to a deck with views of Lake Ontario: 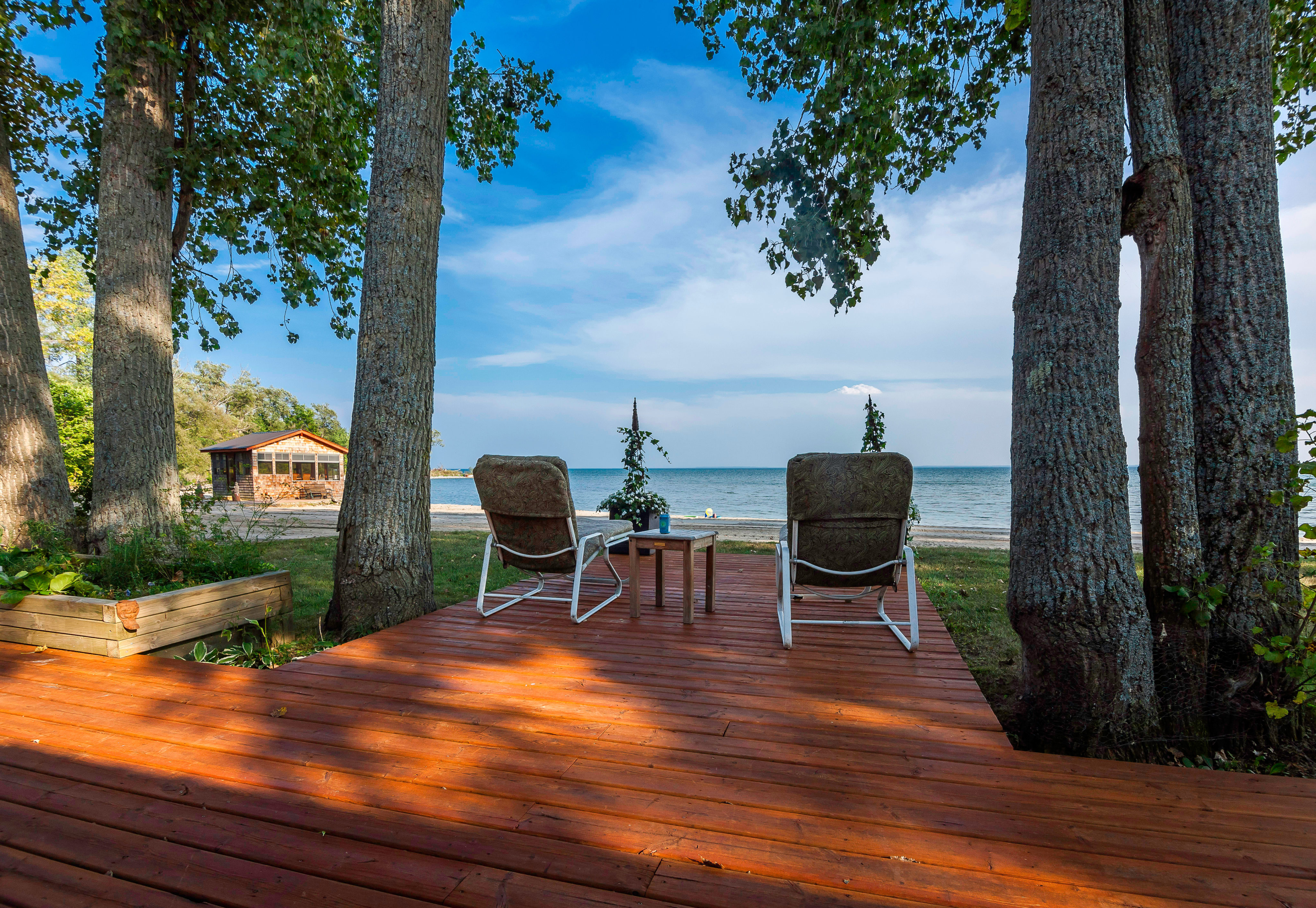 Here’s another view of the 560-foot beach: 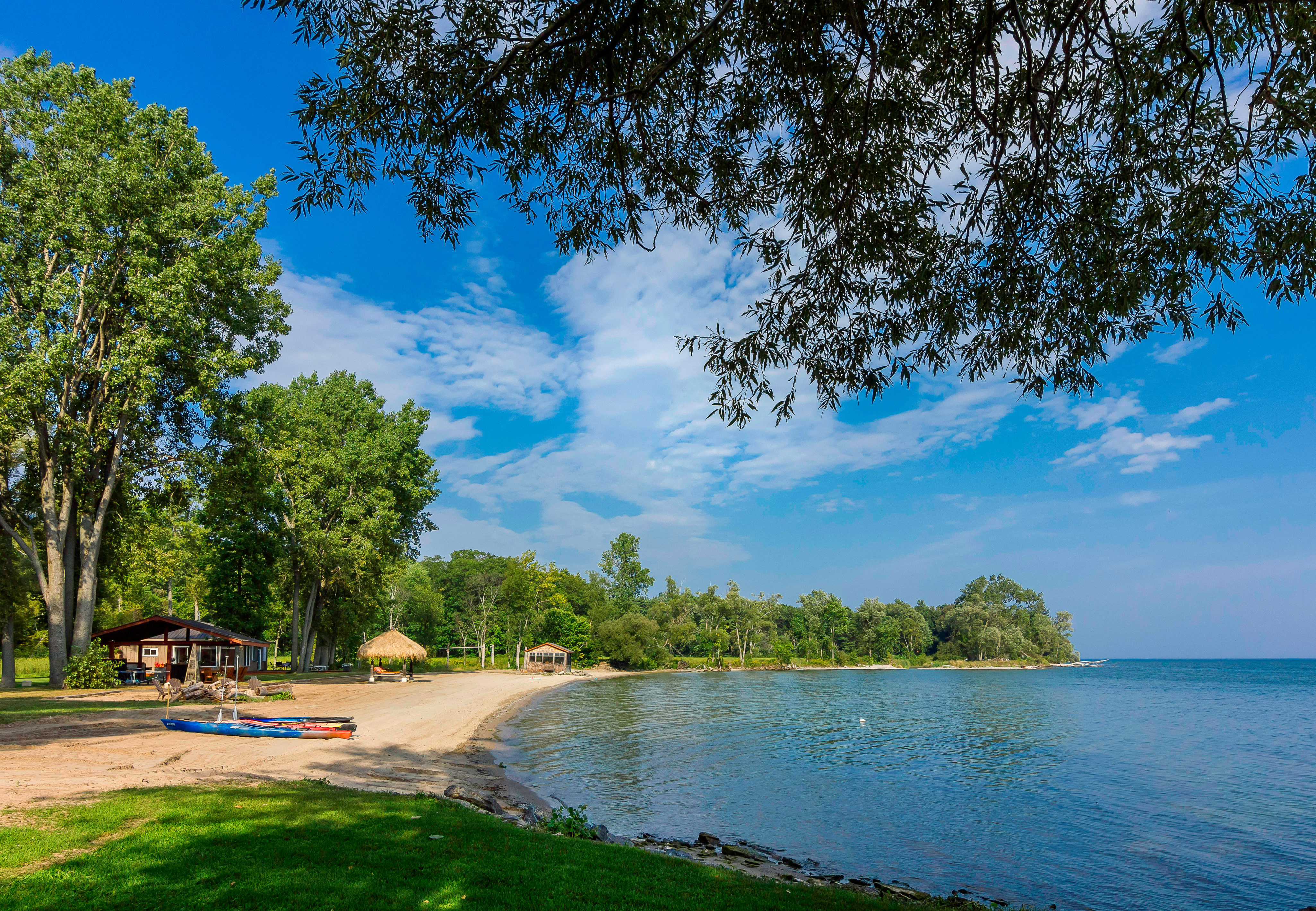