How a young professional couple live in under 400 square feet

How a young professional couple live in under 400 square feet 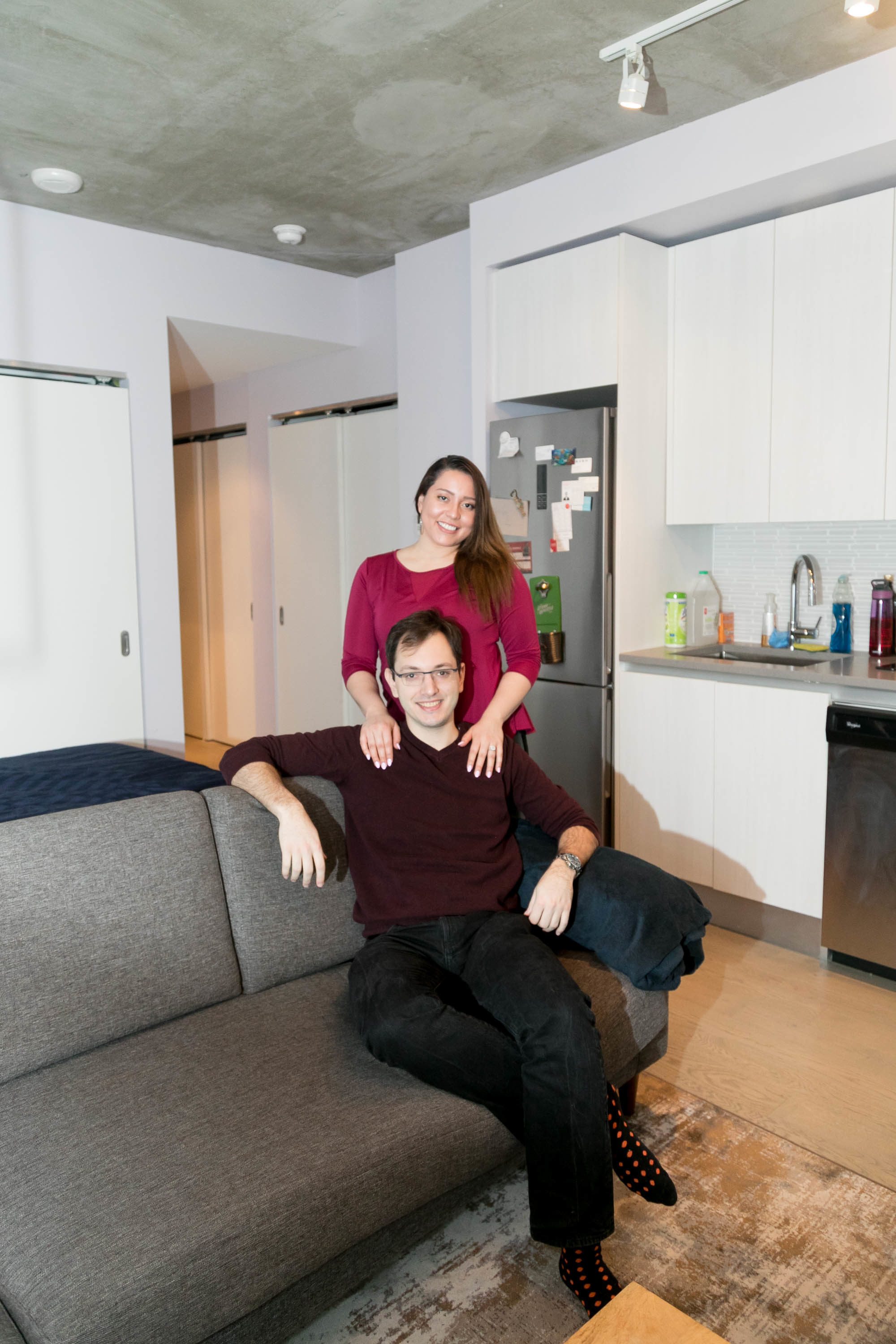 Viktor’s mom bought this pint-sized condo pre-construction in 2014, thinking she’d flip it for a tidy profit. When Viktor found out how little she’d spent on the place, he asked to buy it from her. She agreed, and assigned him the still-unbuilt condo.

At the time, Viktor was renting a 402-square-foot bachelor, so he didn’t blink at the size of the shoebox he was buying. “I never felt like I had to downsize,” he says. In fact, until his fiancée, Carmen, moved in with him last month, he still had empty space in his closets.

Viktor warmed up his mostly concrete-and-glass pad with some pale lavender paint (he thinks the splash of colour makes his white cabinets pop): 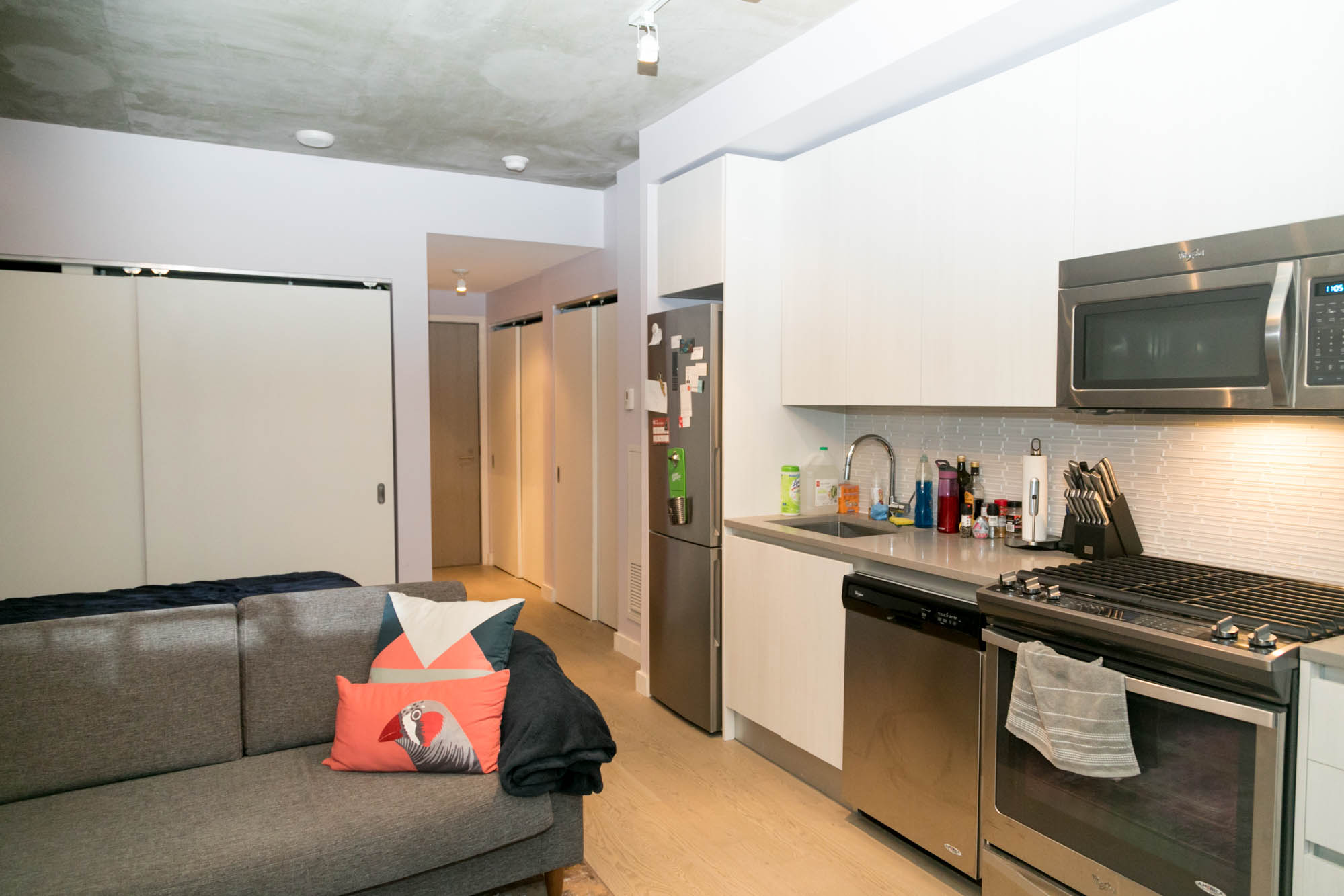 He tried to choose furniture that was functional as well as beautiful, like this sculptural shelf from CB2: 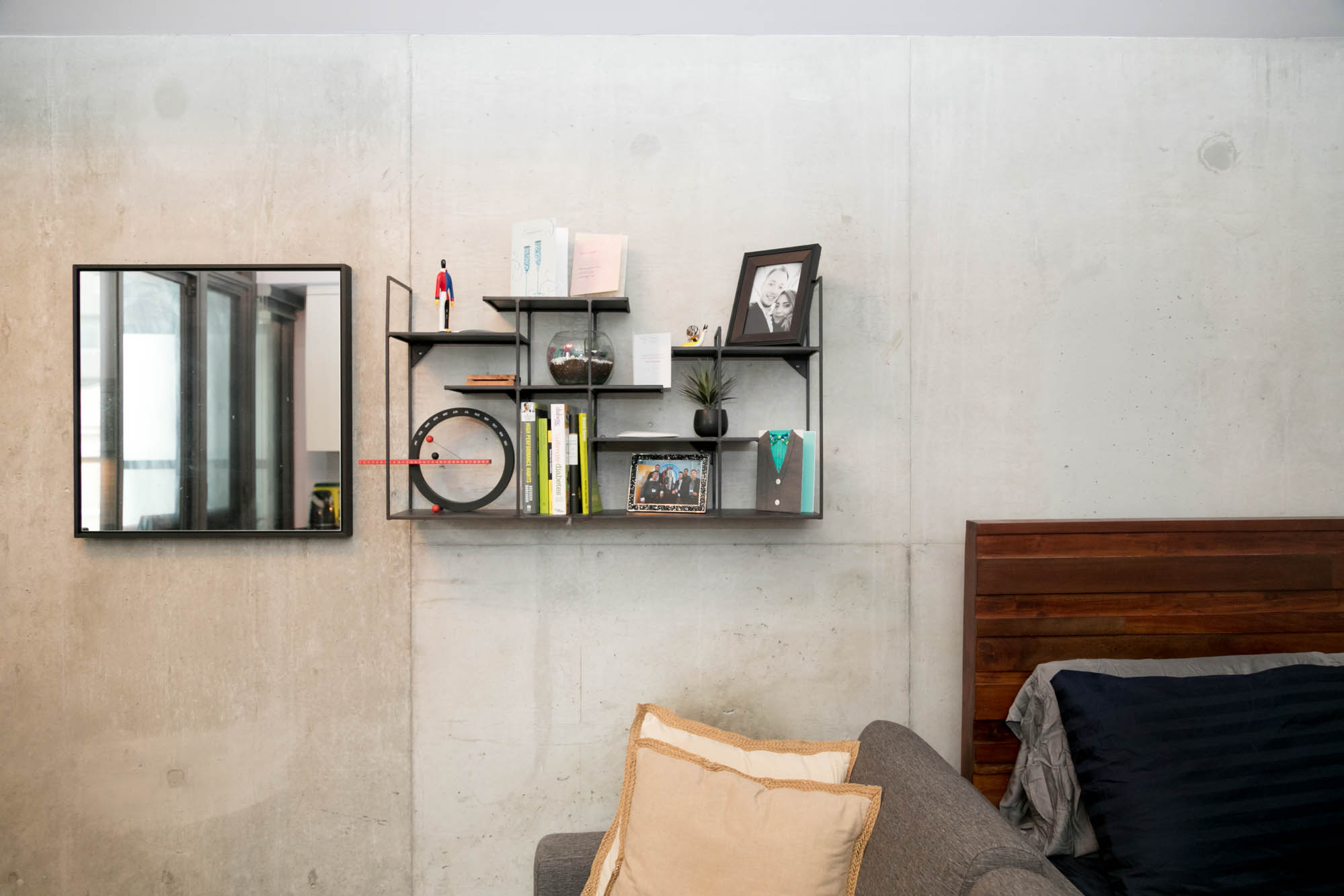 Other furnishings, like this West Elm coffee table, help make the most of the small space. The table serves three purposes: it’s a table (obviously), it has storage, and the top can be jacked up to turn it into a dining surface: 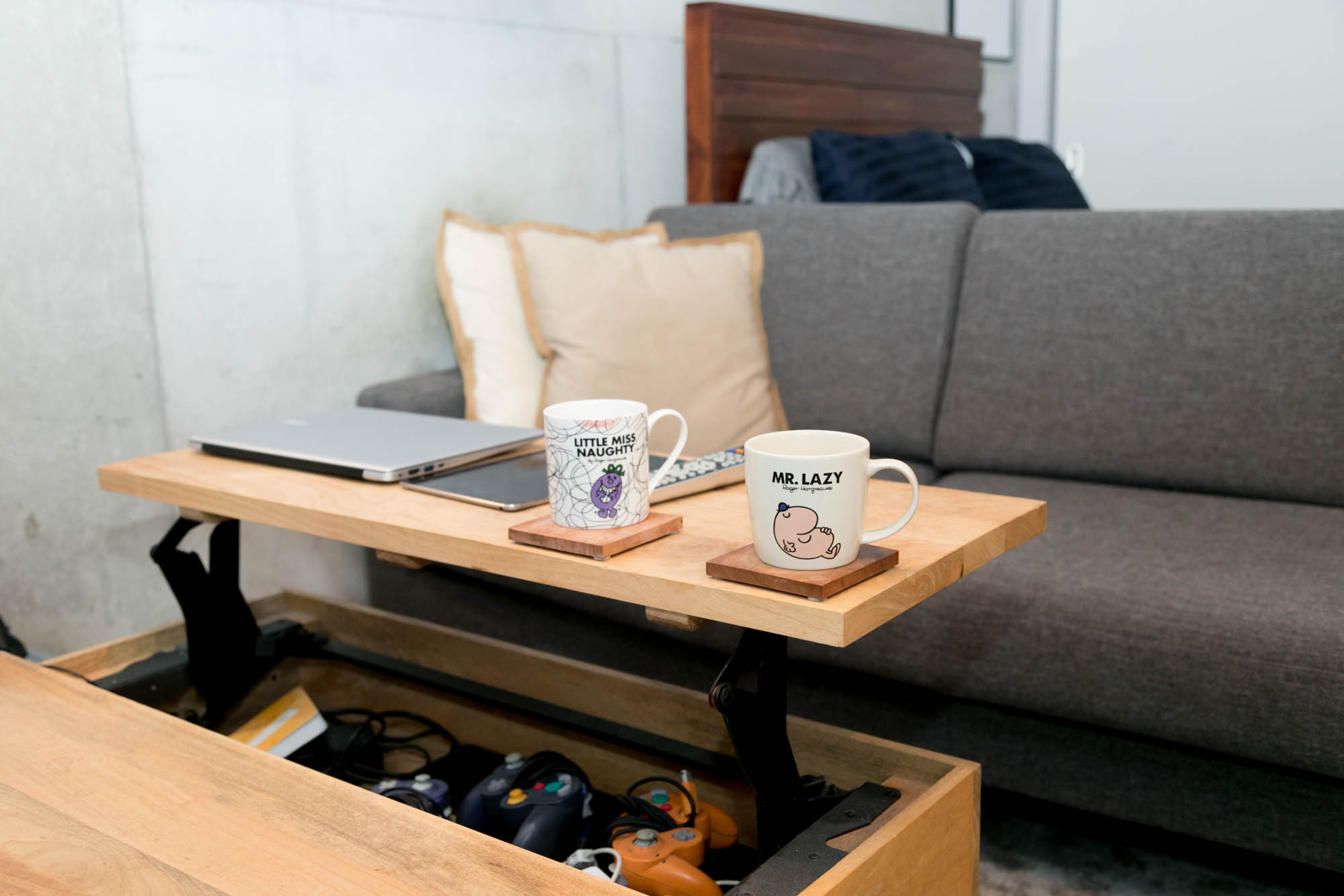 Viktor chose to press his couch up against the bed to create a visual barrier between his living space and his sleeping area. He’d prefer to have a Murphy bed, but that’s not in his budget: 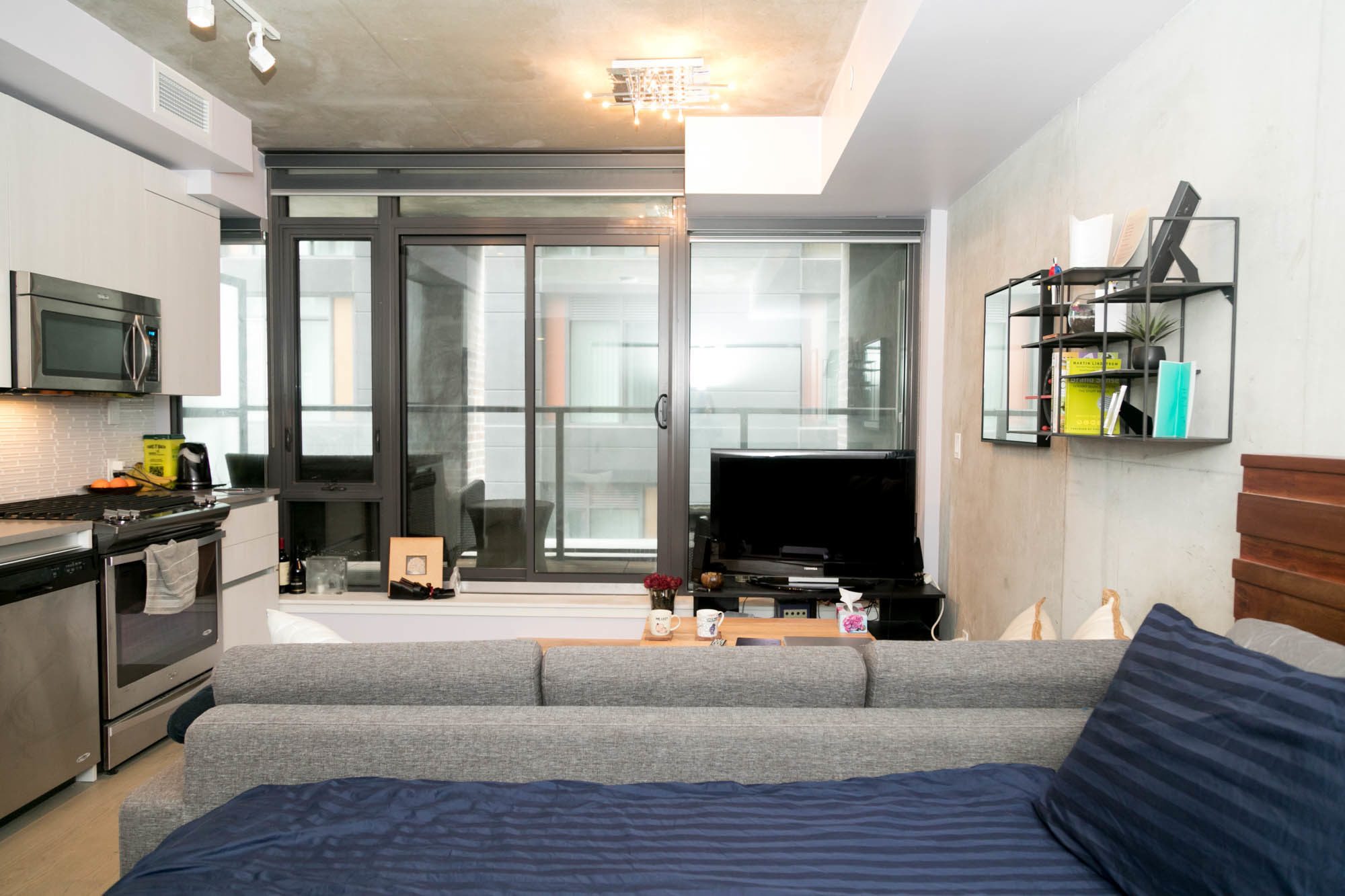 Viktor’s condo has three closets. Now that he lives with Carmen, he needs to be a bit craftier with storage than he used to be. He hired Samore Closets to install some custom shelving: 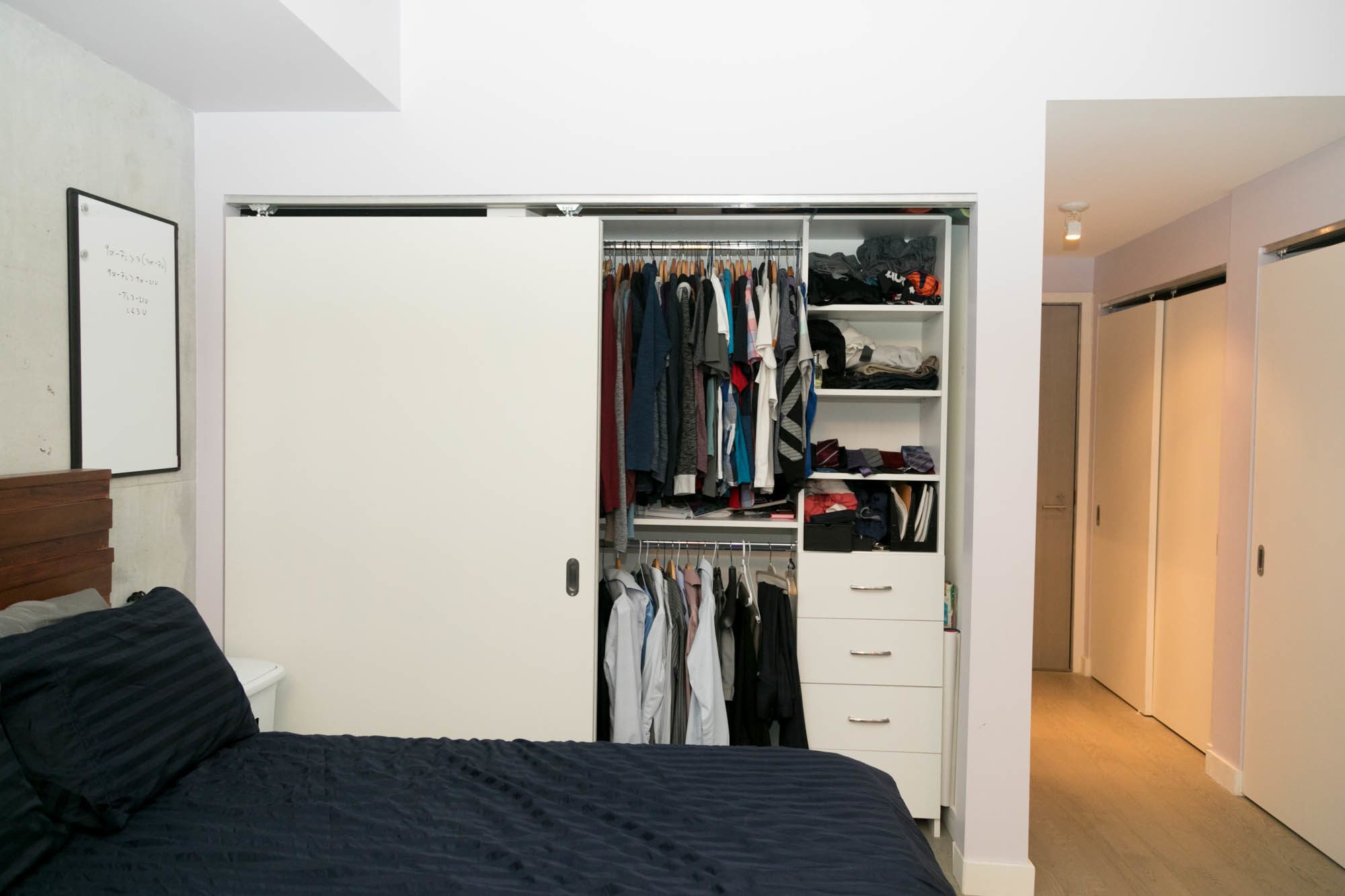 Viktor thinks the condo is plenty big, and he doesn’t see himself and Carmen moving for at least the next two years. “It doesn’t matter how big your house is,” he says, “because when you’re downtown the city becomes an extension of your home.” They have a small balcony for when they need a little air: 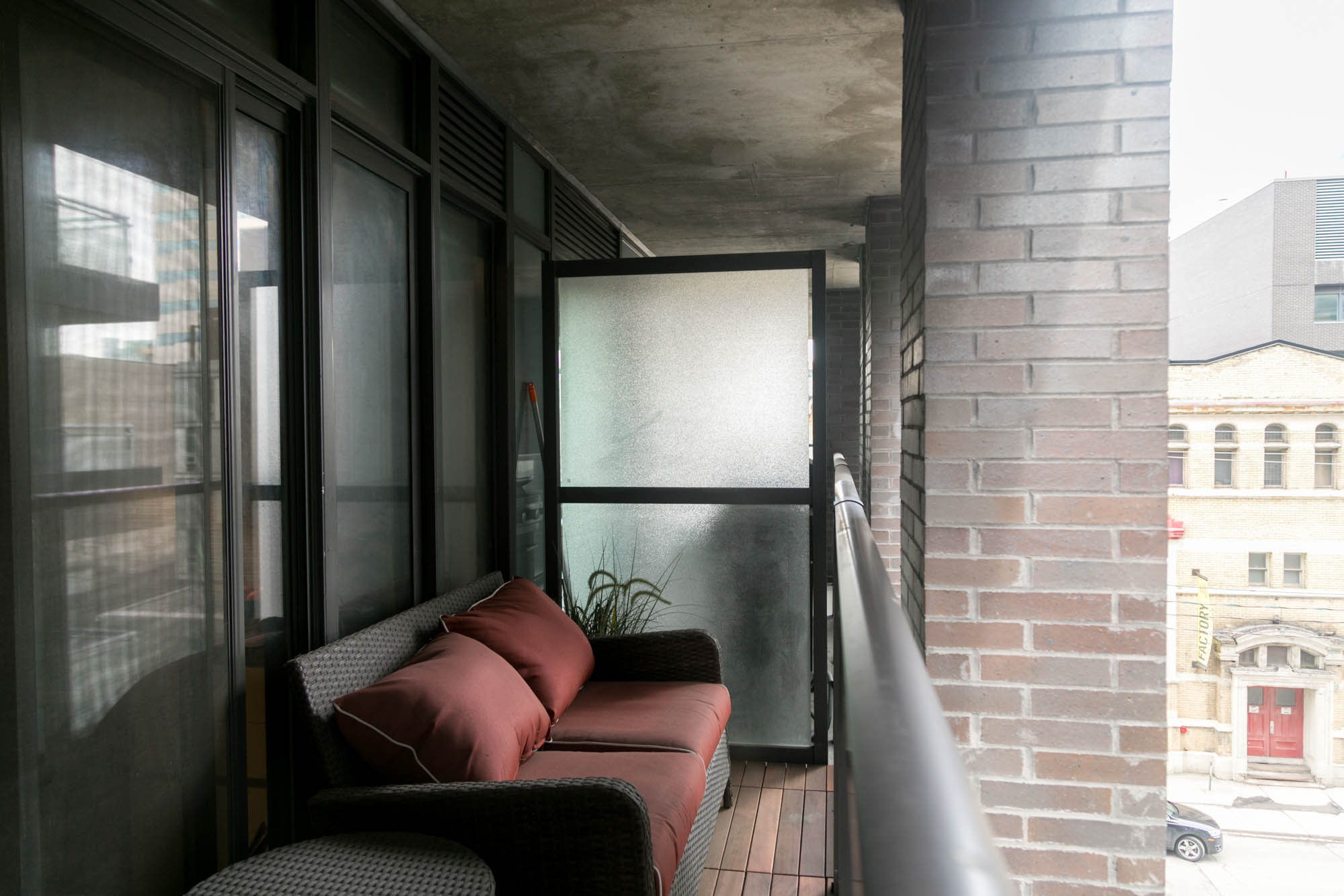