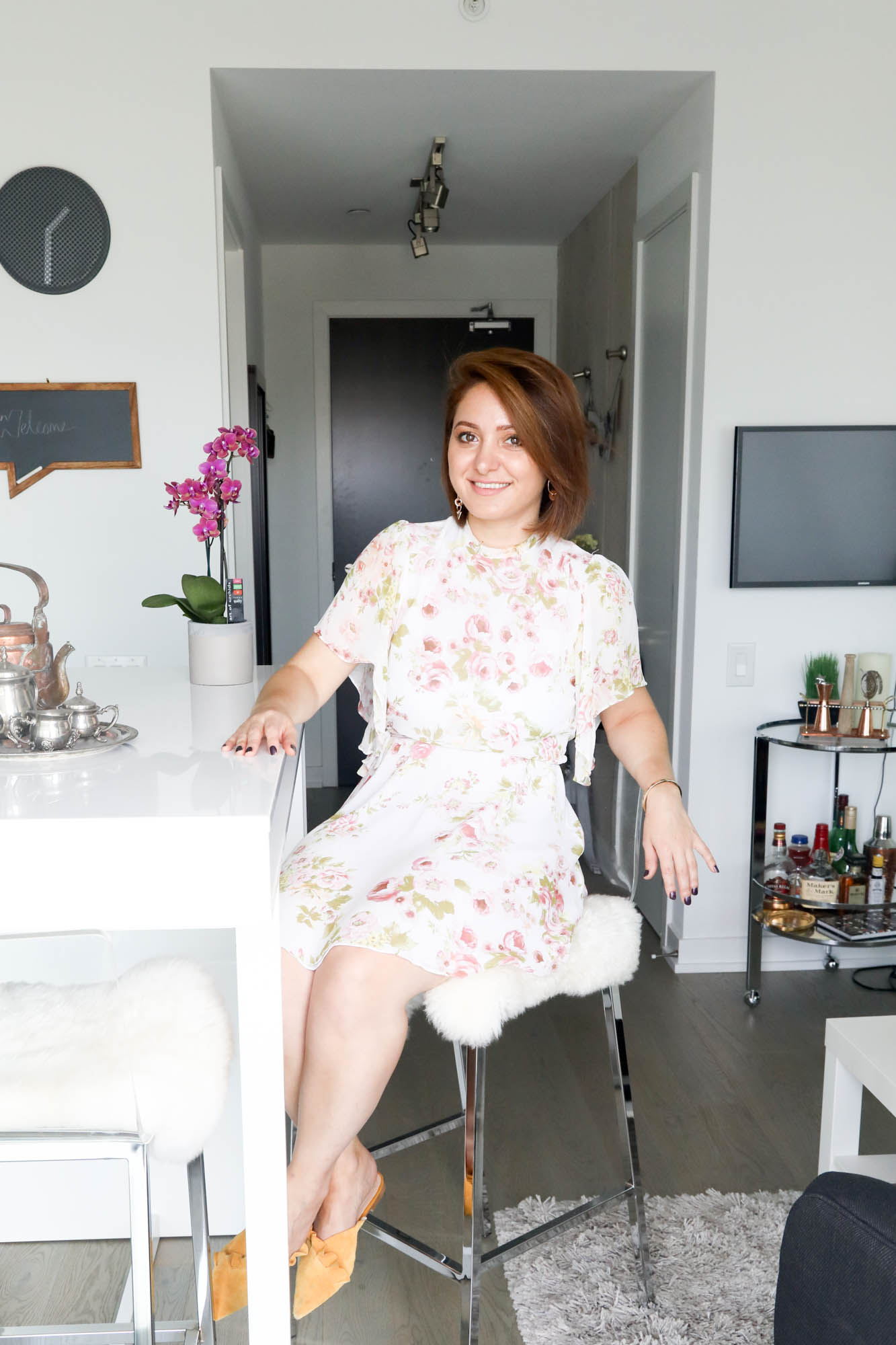 Three years ago, Vida came to the conclusion she’d be a renter forever. Toronto’s ever-increasing housing prices were outpacing her earnings, and she foresaw no way of catching up with the runaway market. She began flirting with the idea of skipping town and moving to Berlin.

Her parents were less than thrilled by the prospect, so they offered to help her with a down payment. Vida would still need to pay the mortgage and any fees, though, which kept her max budget to $350,000.

Studio condos didn’t appeal to her. She wanted defined living and sleeping spaces. The majority of one-bedrooms in her price range, though, were junior one-bedrooms with bowling alley layouts. She craved natural light.

When she saw this just-completed Lamb condo back in 2015, she knew it was the one. Not only did it have a wall of windows that stretched from the bedroom to the kitchen, but the bedroom was spacious enough to accommodate a queen bed. Another plus was the condo’s proximity to transit. Choosing to live in downtown meant she could ditch her car.

Although Vida is addicted to minimalist living channels on YouTube, she’s not particularly handy. “My closet is a disaster,” she says. “I just don’t have the money to buy a closet organizer.” For now, she makes great use of her packed-to-the-gills storage locker. Every season she changes out her clothes and shoes.

She loves antiques, but she’s become draconian about not acquiring any more stuff. Her home is at capacity. She’d get a bigger place, but she’s not sure it would make financial sense. “To be honest, I just don’t want to go through the headache of buying again,” she says.

To make the space feel airy, Vida kept the walls white. She decked out the interior with a variety of metal accents for added oomph. Copper, bronze and silver heirlooms are tucked onto shelves: 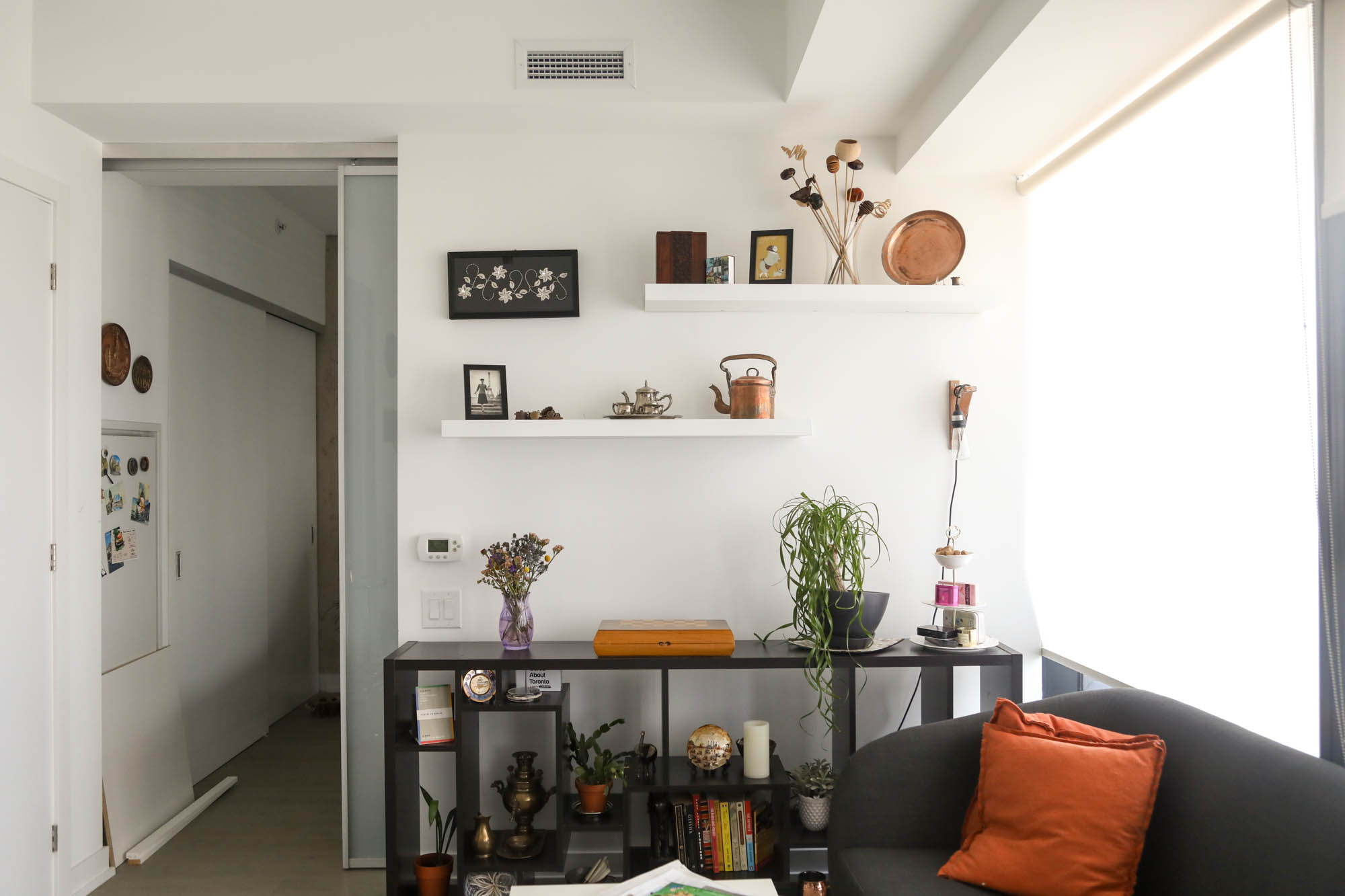 Even her functional objects come in funky metals, like her silver bar stand, copper kettle and shiny bedside tables: 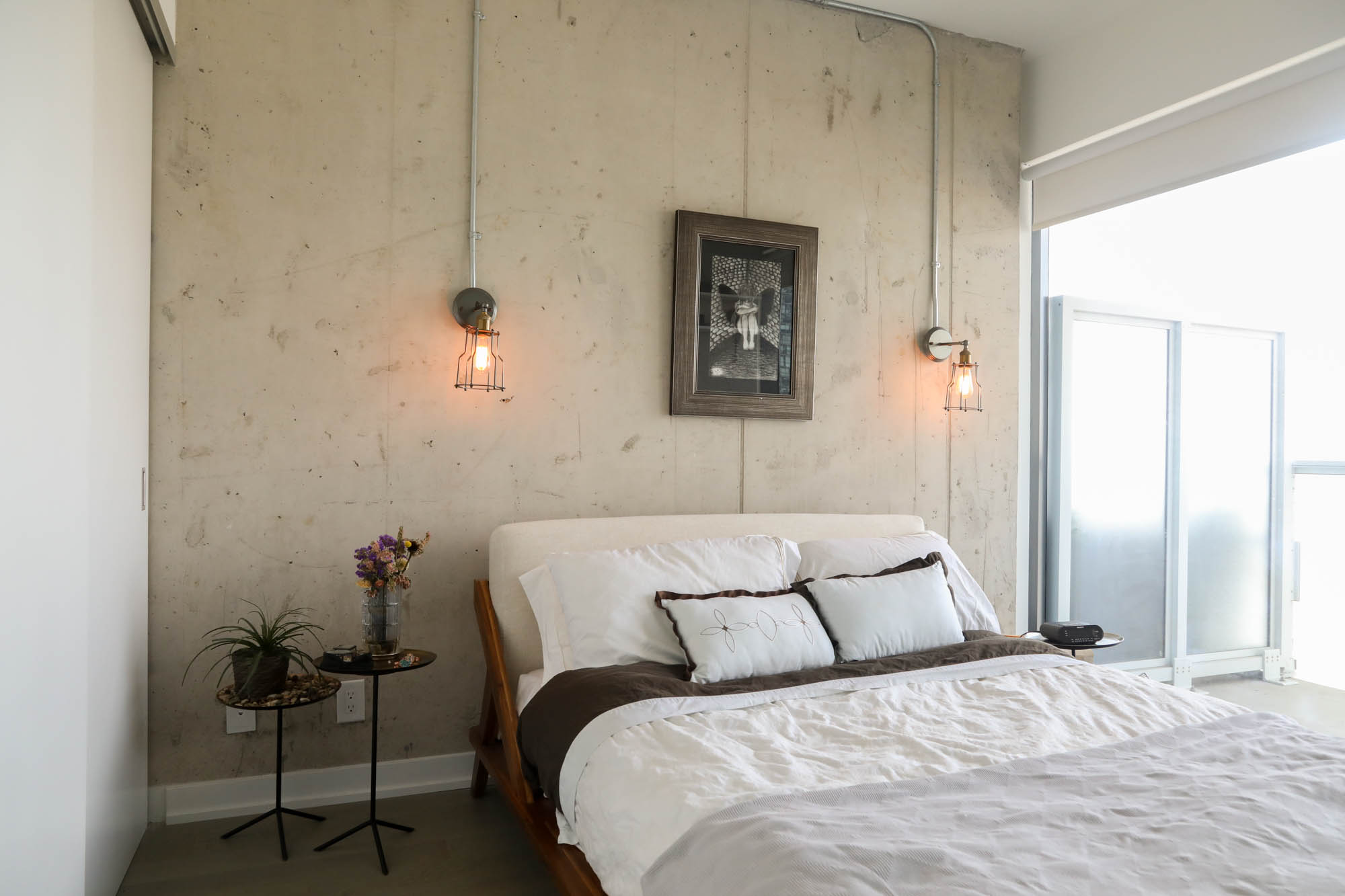 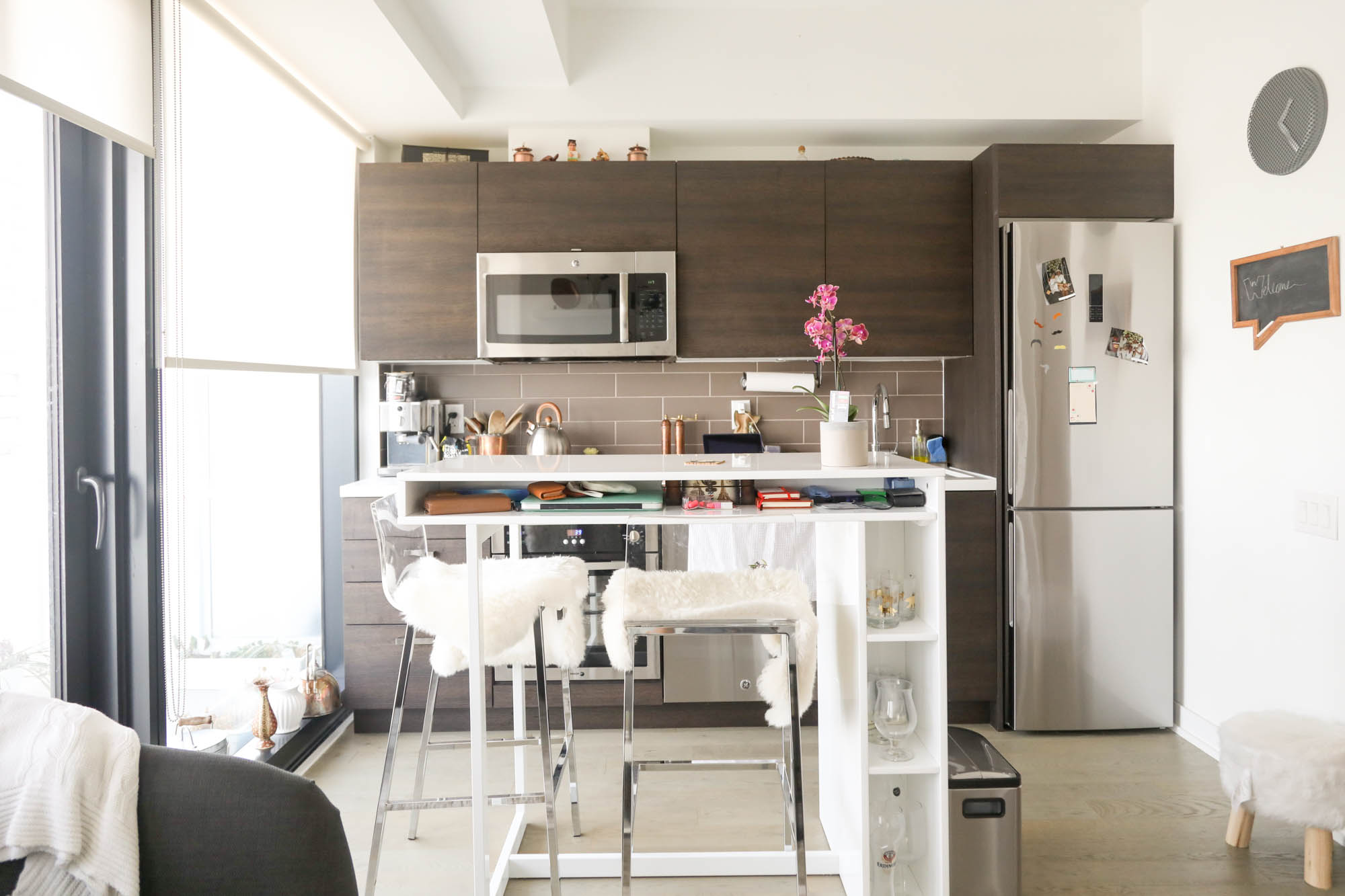 And the balcony, which is almost half the size of the unit. Vida would like to decorate the space with huge planters and wooden tiles, but she can’t afford that right now: 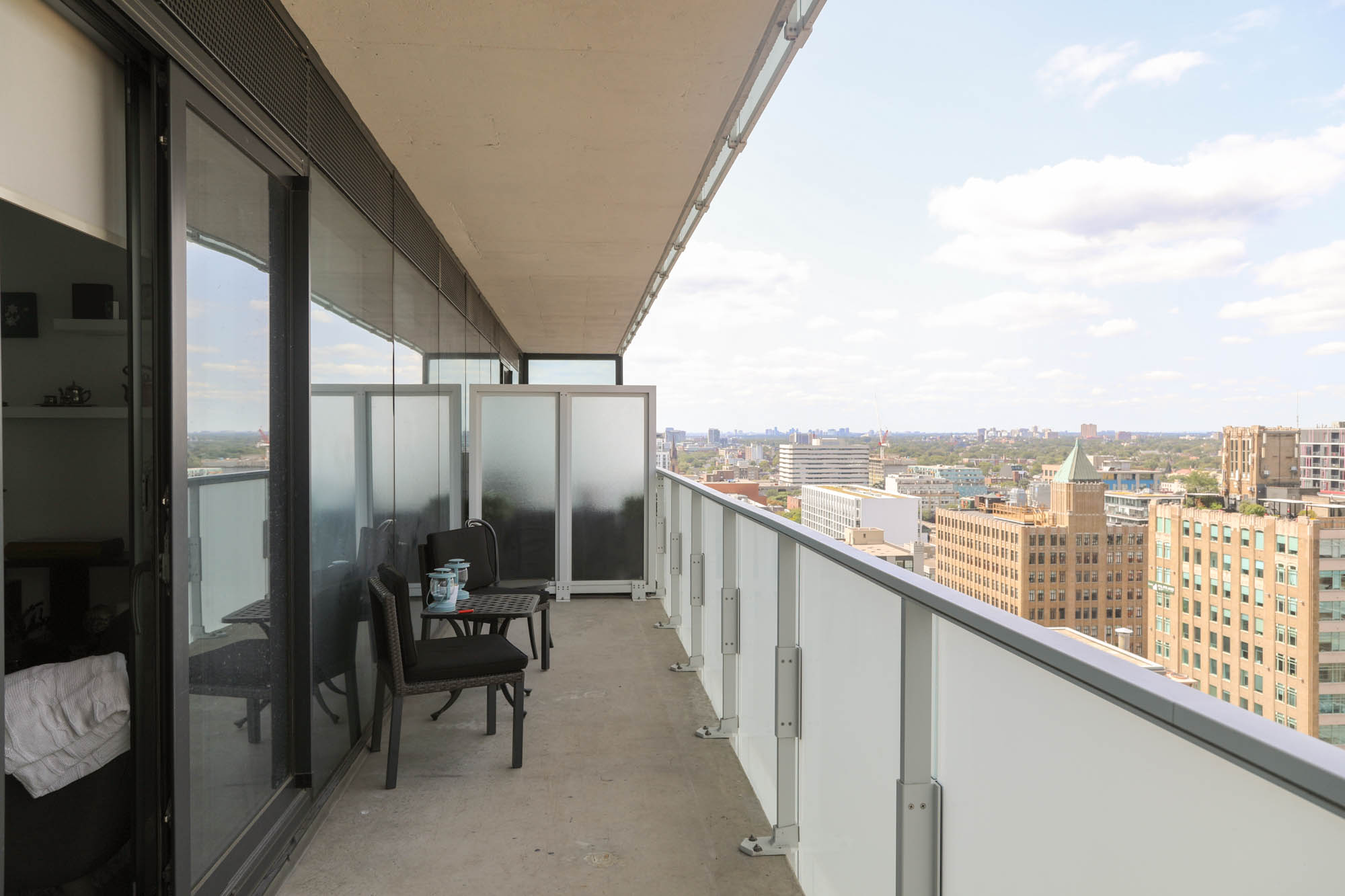