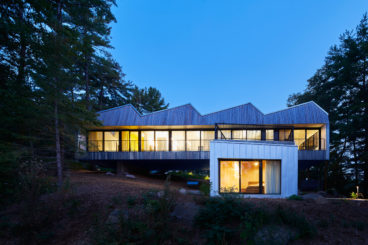 The upper section is for living, the lower for sleeping

When Jon and Gillian Kirkwood, a biotech consultant and a finance exec who live near Yonge and Eglinton, purchased their Upper Stoney Lake property in 2015, they envisioned building a cottage that blended effortlessly into the natural landscape. “I grew up camping on Georgian Bay and developed a strong appreciation of nature,” says Jon. They hired designers Coryn Kempster and Julia Jamrozik, who came up with two stacked boxes, the upper a living space, the lower for sleeping, both nestled against the rock shield. The cottage is comfortable when it’s just the couple and their 11-year-old daughter but can also easily host up to 20 guests for large family reunions. The sawtooth roof means solar panels can be oriented south and skylights north. The skylights open for increased airflow. All power to the cottage is electric for seamless integration with the solar panels. An efficient wood-burning stove provides extra warmth in winter: 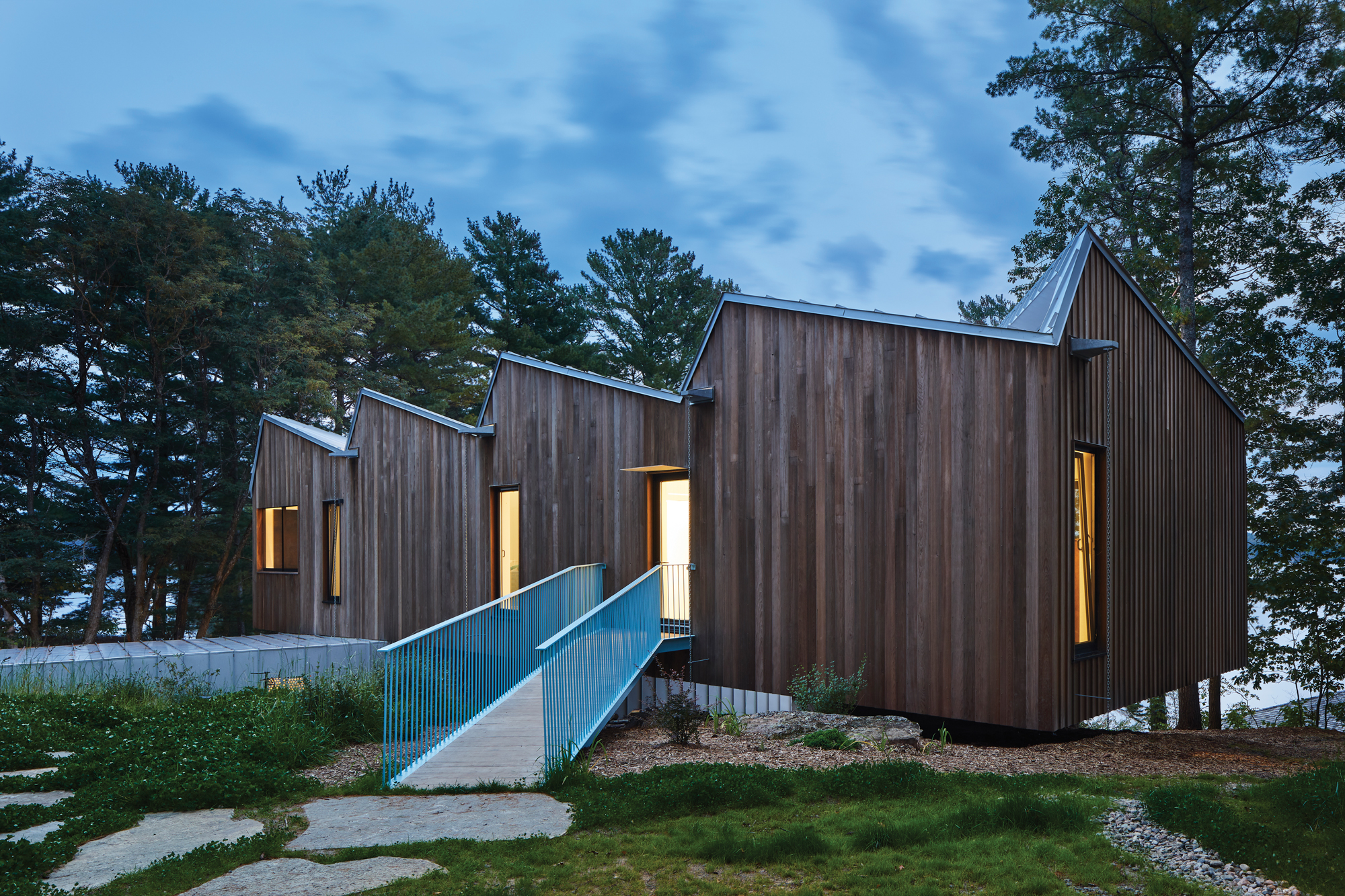 The concrete floors are stained black upstairs to attract the sun. The plywood walls are natural downstairs but whitewashed upstairs to reflect sunlight around the interior: 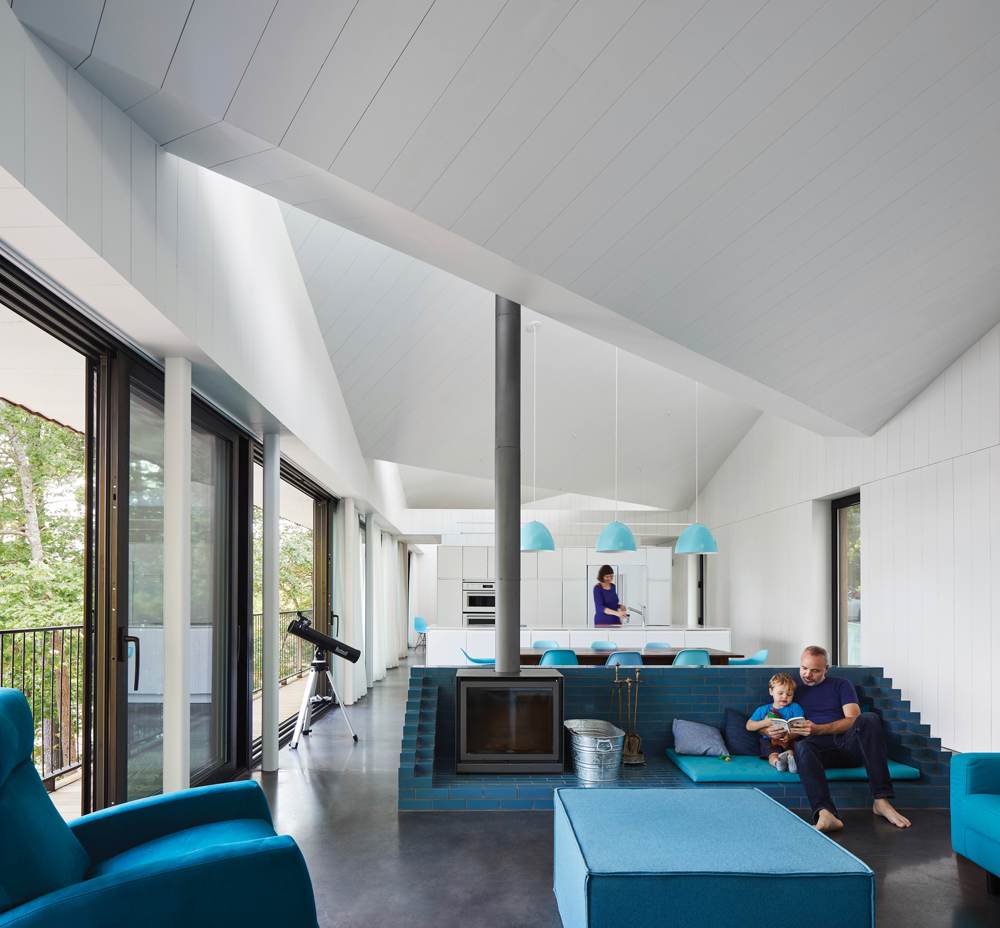 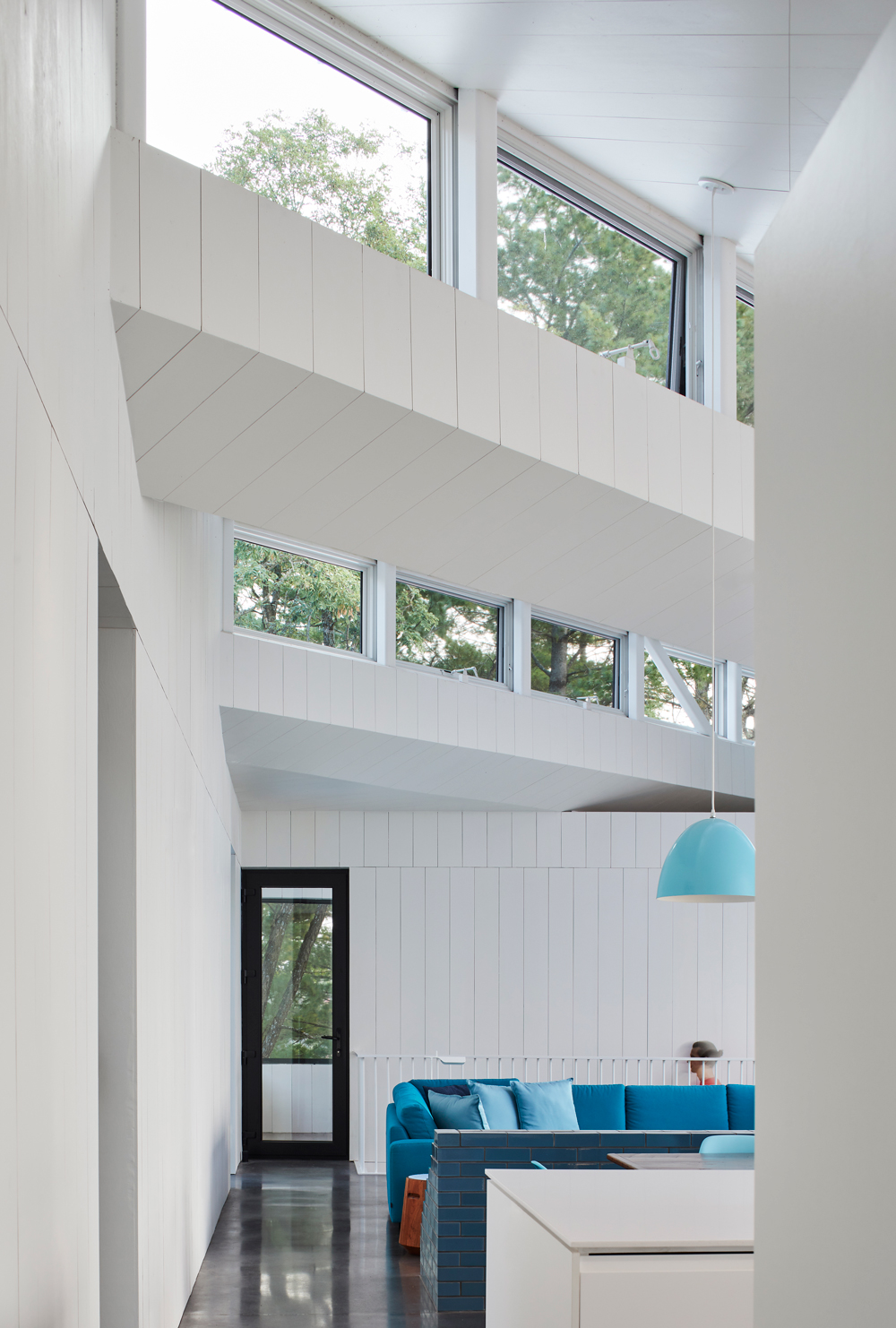 By bridging the two structures with open space underneath, rainfall flows freely to the lake. A shaded walkway in front of the main windows blocks the high sun in the summer and lets the lower light in in winter: 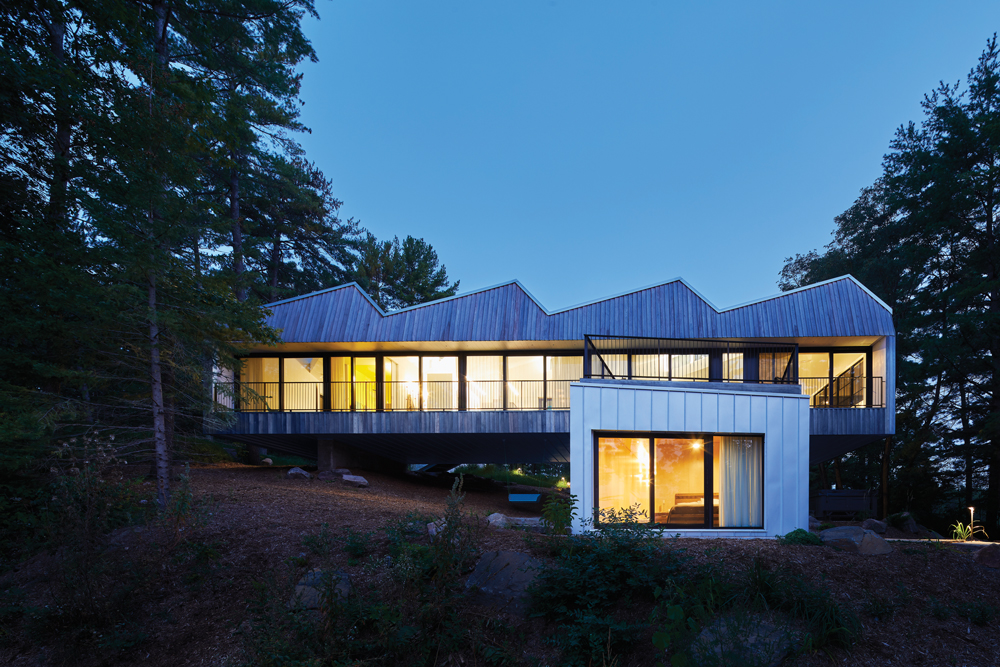