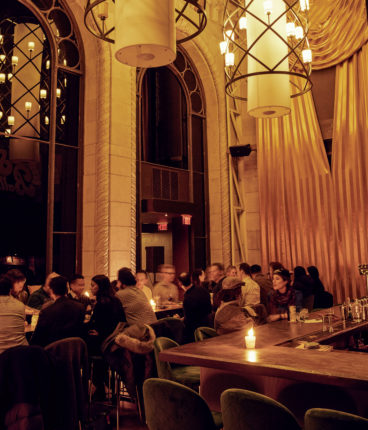 Supernova Ballroom is a gorgeous, disco-inspired lounge with an anti-waste ethos

Tucked away behind the glum concierge desk of an austere building on Bay Street near Adelaide is Supernova Ballroom. Once home to an off-track betting bar, the cathedral-like space is now a gorgeous, disco-inspired cocktail lounge with an anti-waste ethos. The owners, champion bartenders Kelsey Ramage and Iain Griffiths, use local products and ingredients that would have otherwise been rubbish—oleo syrup made with leftover lemon rinds, bee pollen from Rosewood Estates’ low-intervention apiary and wine made from organic Niagara peaches—making their boozy concoctions both delectable and guilt-free. 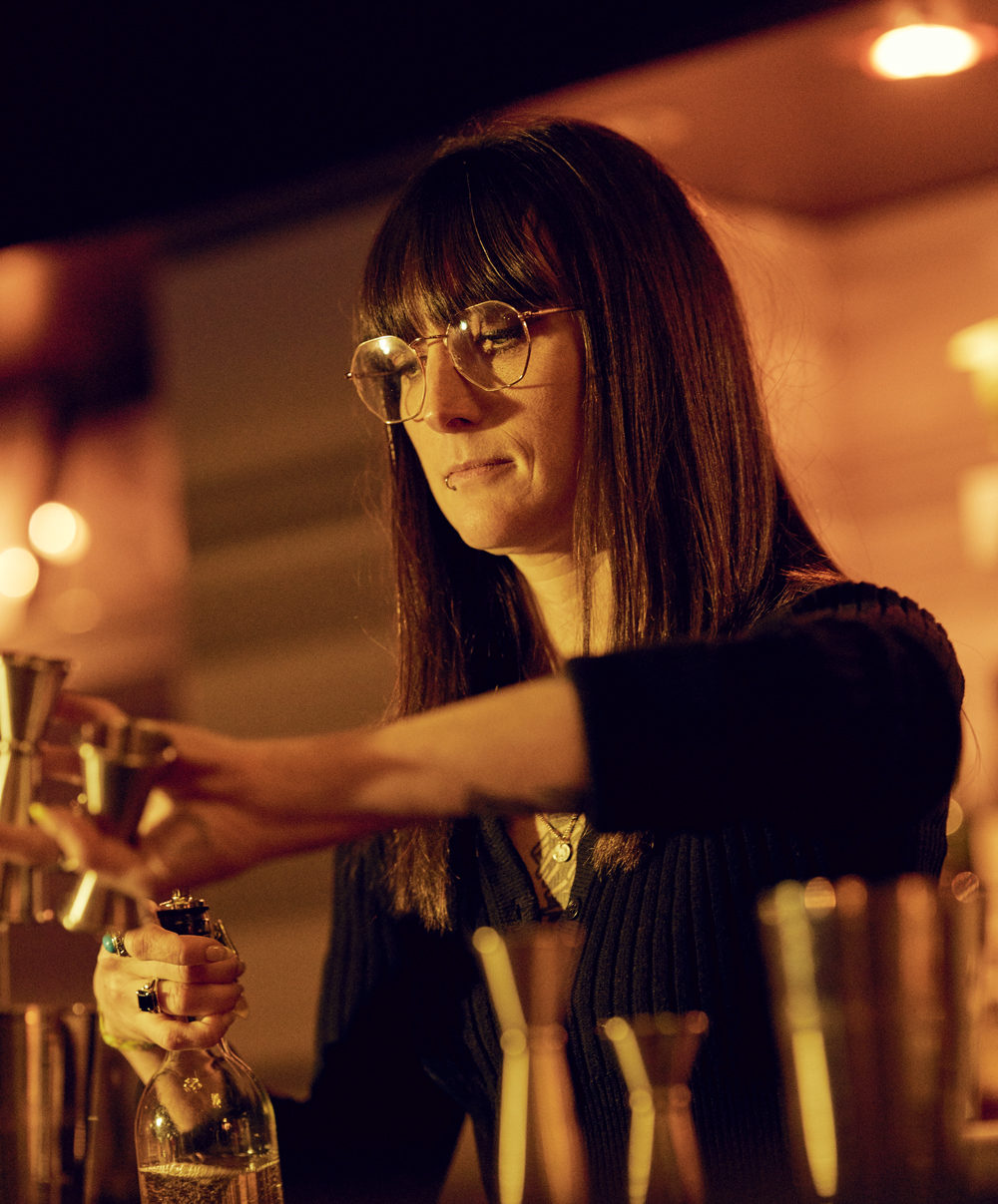 Winter brings with it a dearth of fresh, local produce, so Ramage infuses her gin with kombu and sustainably sourced seaweed from Forbes Wild Foods, which imparts an umami flavour without tasting like seawater. That’s the basis of Supernova’s Little Thief G&T. Ramage adds white peach and chrysanthemum bitters for a slightly savoury take on the classic cocktail. 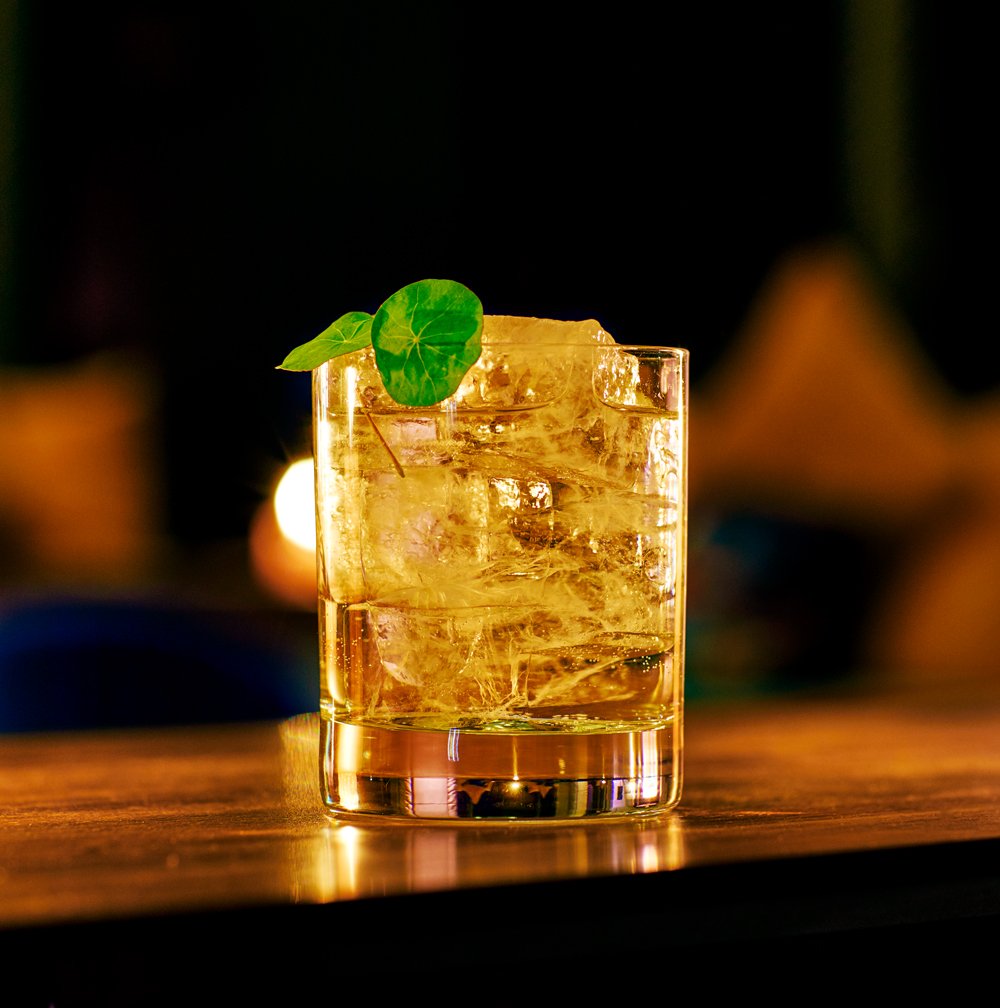 Reused Coffee Grounds: Boxcar Social, the coffee shop around the corner, gives Supernova their spent grounds, which Ramage is using to experiment with a coffee liqueur for an espresso martini-style drink.

Muskmelon: You can’t get Midori in Ontario, but you can get locally grown muskmelons in season. So Ramage and her team make melon liqueur to create their take on a Midori sour.

Foraged Foods: “Forbes Wild Foods has an insane amount of weird and wonderful things,” says Ramage, of the Toronto-based foraging company. A few interesting ingredients Supernova sources: spruce tips, seaweed, Labrador tea (it’s a plant that tastes like blueberries) and wild mushrooms. “They specialize in mushrooms and seaweed, but we lean toward the seaweed side of things just because it’s a lot more approachable than having a mushroom martini,” says Ramage. 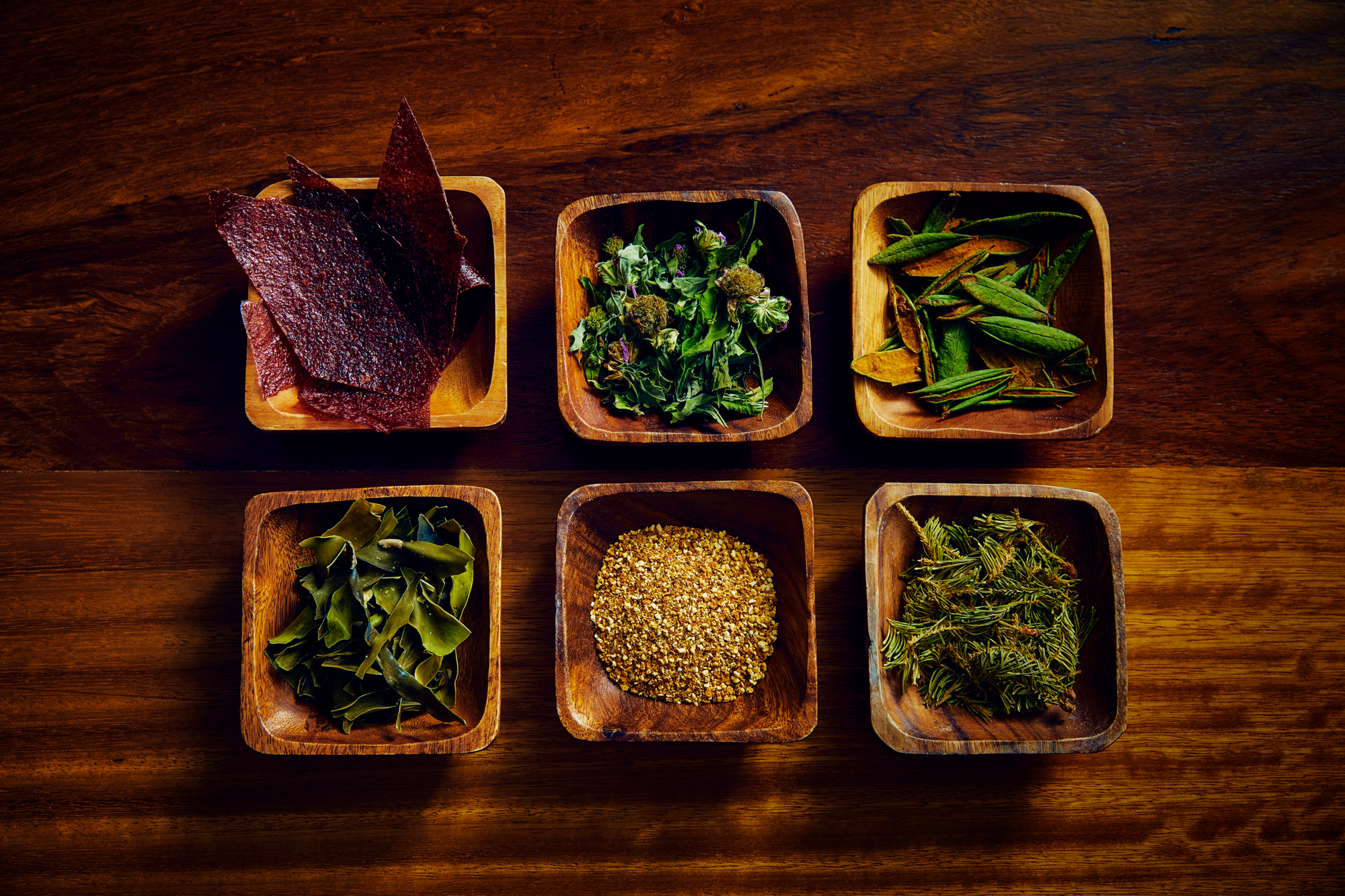 Red plums: Red plums have carried Supernova through the winter season. At the end of September, they used a big haul of the fruit to make plum syrup, a vodka-based plum liqueur and—out of the leftover pulp—garnishes. Nothing was wasted but the pits.