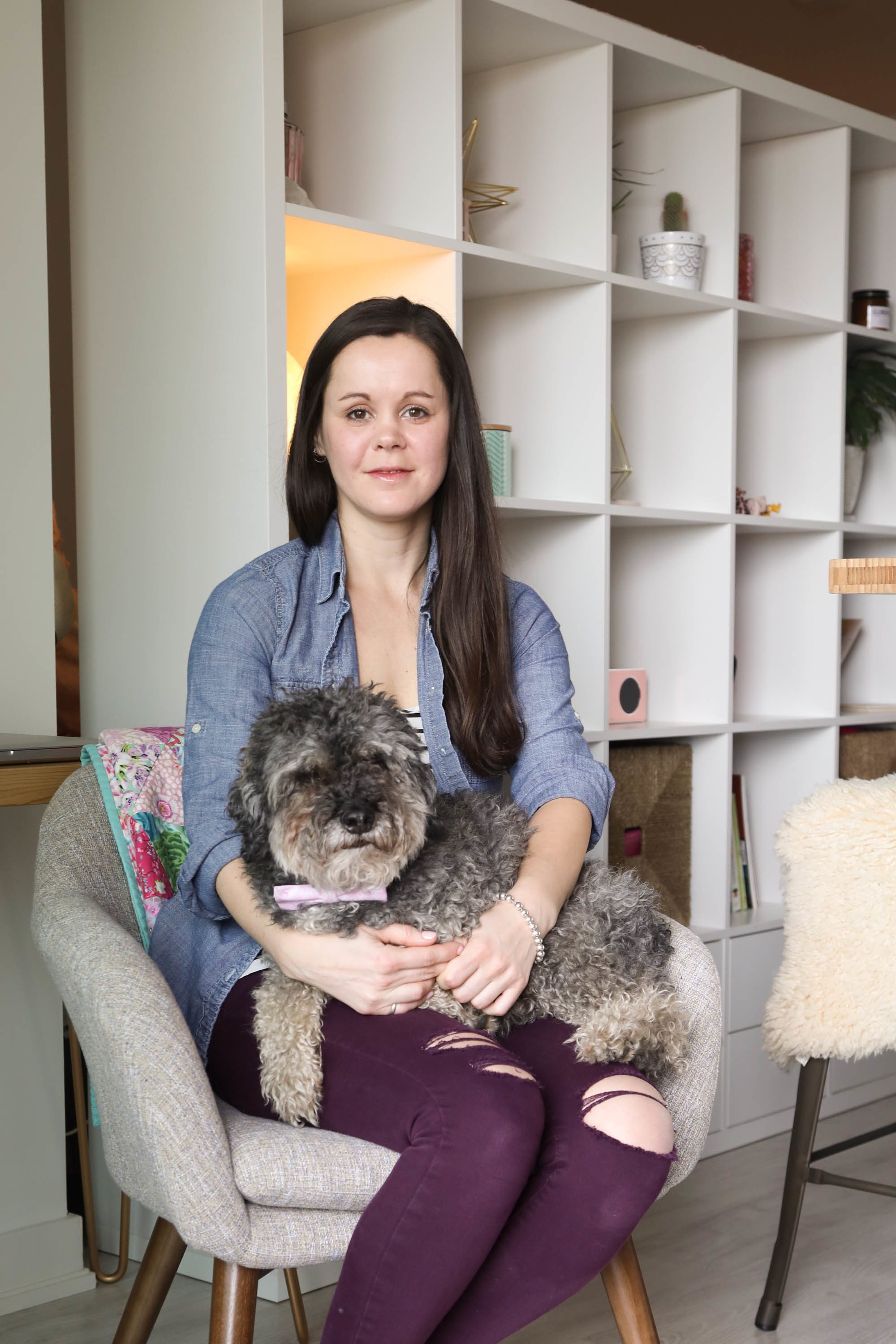 Last year, Heather landed her first architecture job. The firm’s office was downtown, a 45-minute ride from her spacious Junction apartment. Better still, the office was dog-friendly, meaning she could bring her miniature poodle, Clarke, with her to work. But there was a snag: she had decided to live car-free after totalling her ride a few weeks prior, and the TTC doesn’t allow pets during peak travel times. Rather than give up the perk, she decided to ease her commute by moving into a new apartment within walking distance of work.

Heather didn’t want to pay more than her existing $1,400-per-month rent, and she wanted to live in a condo, where she’d be more likely to find amenities like in-suite laundry and gym facilities. This unit, a 15-minute walk from her office, seemed like a perfect fit. “I looked at it for about 10 seconds, because that’s how long it takes to see the whole place, and said ‘yeah, this is great,’” Heather says.

By 7 p.m., six other potential tenants were also vying for the unit. Heather’s real estate agent advised her to offer $50 per month on top of the listed price. To seal the deal, she begrudgingly agreed to move in the following day and pay a prorated price until the end of the month, which was just two days away.

Before filling the place with her stuff, Heather measured every square inch and drafted a floor plan. She wasn’t surprised to find out that she’d have to leave her dining table behind, but she was sad when she realized that not even her couch would fit.

She kept the buffet table from her grandmother’s dining set, for use as a TV stand. She also stores some clothes in there (out-of-season items are stored under the bed): 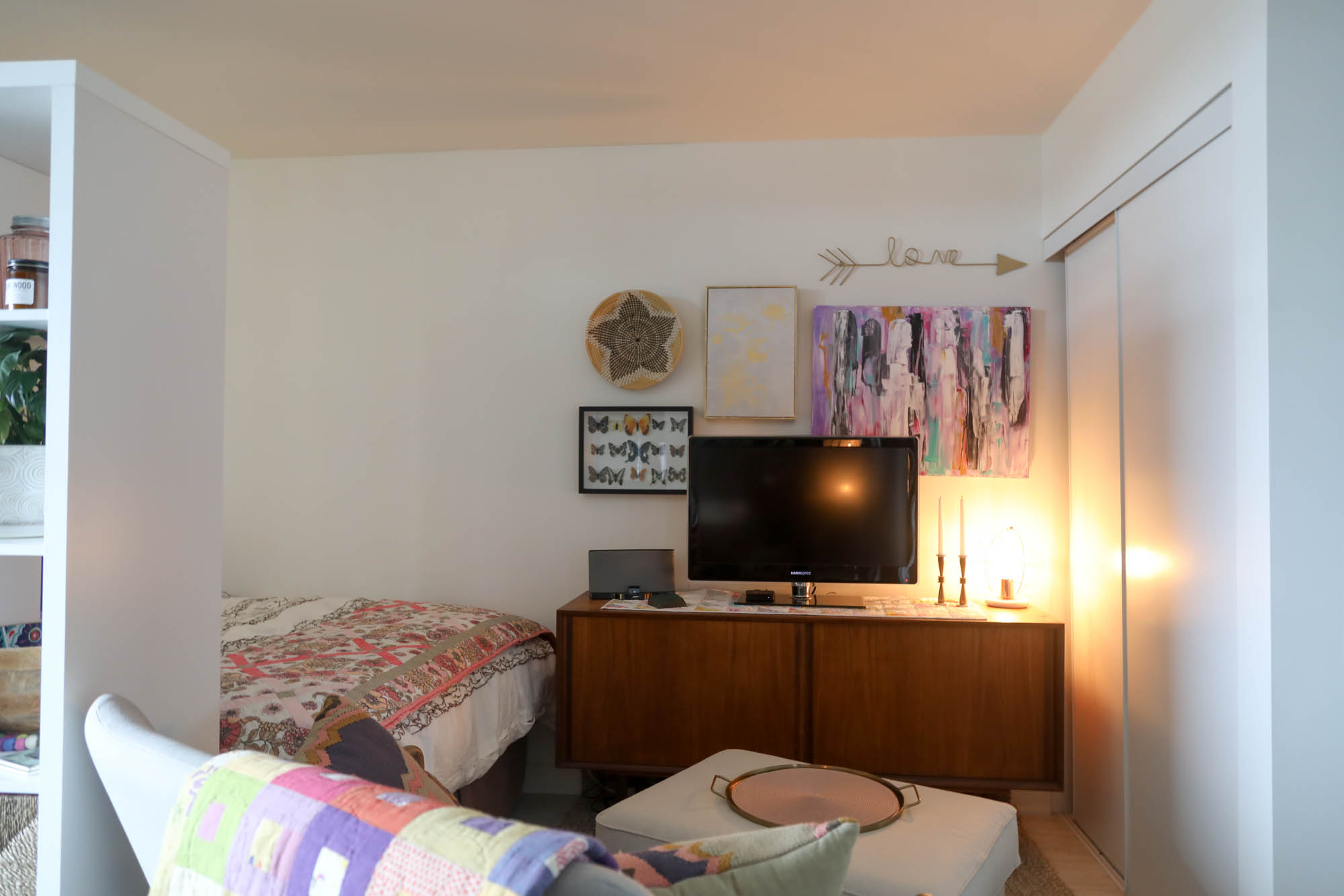 The bed is tucked between a wall and a bookcase. It’s a bit of a squeeze, but Heather likes having her sleeping area separated from the rest of the room. To keep the tiny apartment looking tidy, she never leaves the bed unmade: 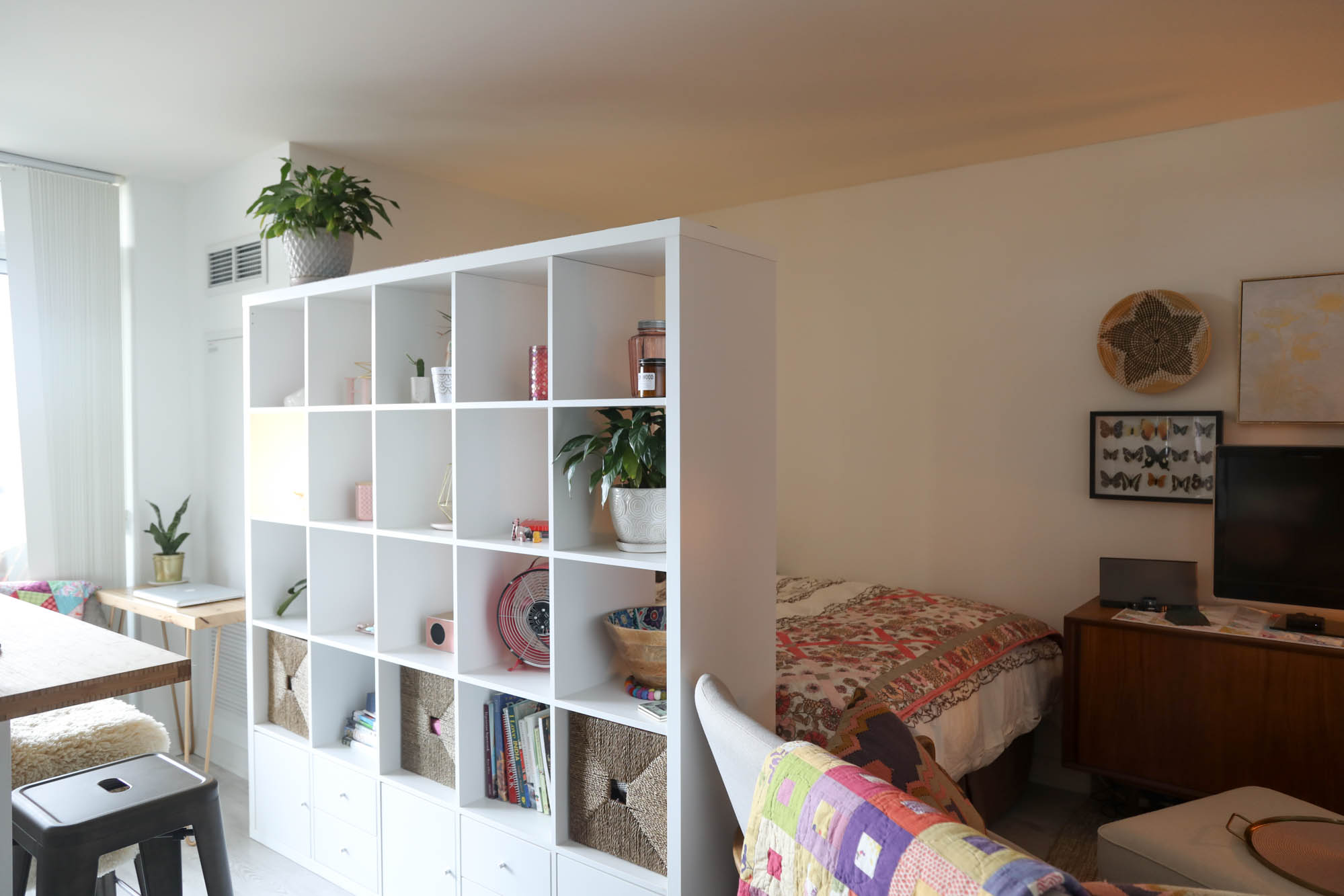 Pink is Heather’s favourite colour. By choosing knickknacks that adhere to a rosy colour scheme, she adds personality to her home, but without giving it a cluttered appearance. She has pink quilts, pink pepper grinders, pink cheeseboards and pink flowers. Even her speaker is rose gold.

She had to buy condo-sized furniture when she moved in, like this mid-century-inspired love seat from Structube: 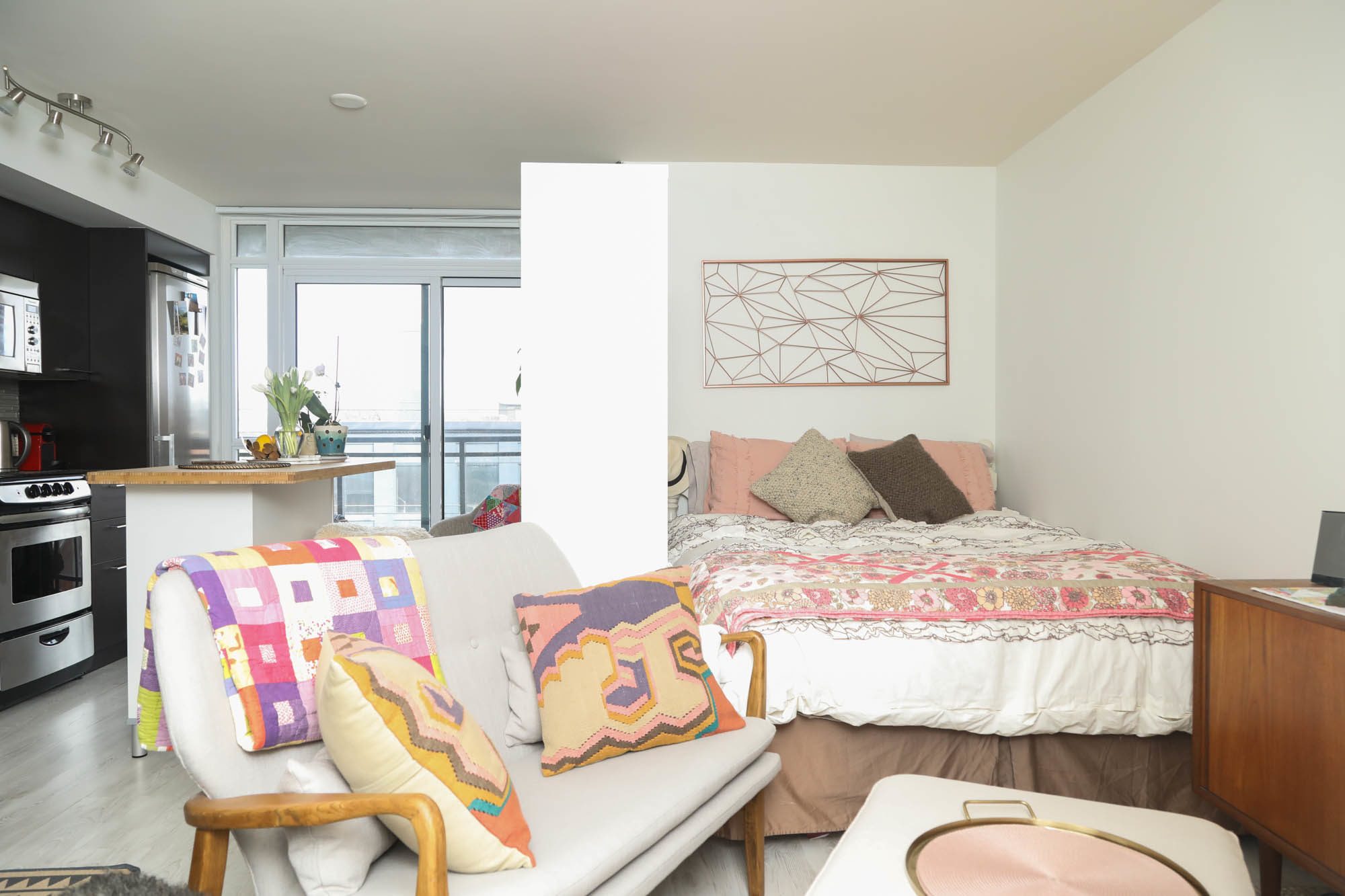 A friend attached this butcher’s block to an old Ikea media cabinet, transforming it into a multi-functional kitchen island. The base adds much-needed storage: 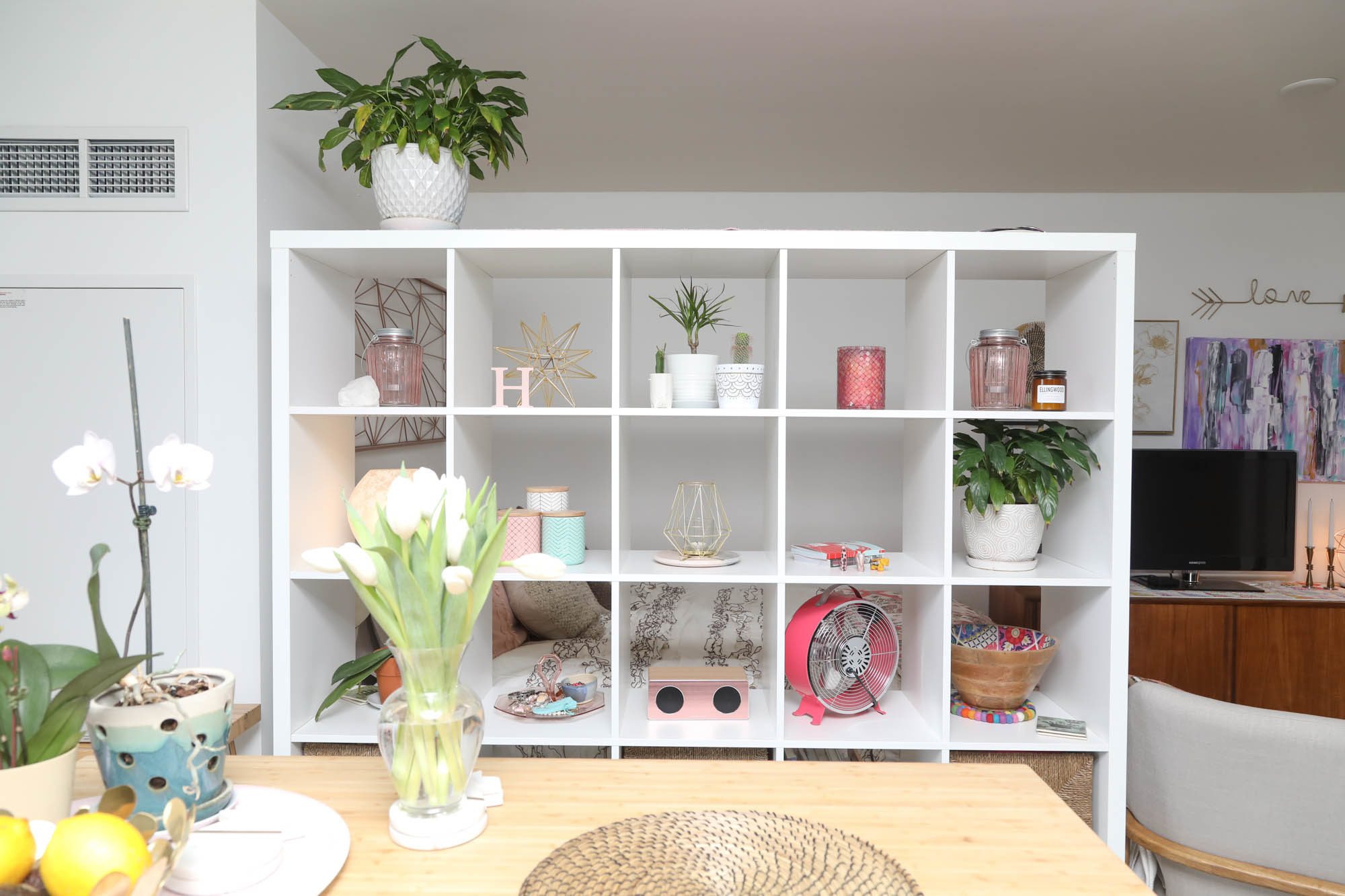 Because the apartment came with a storage locker—and thanks to some overflow storage in her parents’ basement—Heather never feels claustrophobic in her tiny home. The only thing that irks her is the pint-sized oven, which makes an unfortunate contrast with the giant dishwasher. “I’d literally have to put in every dish I own to fill it,” she says. 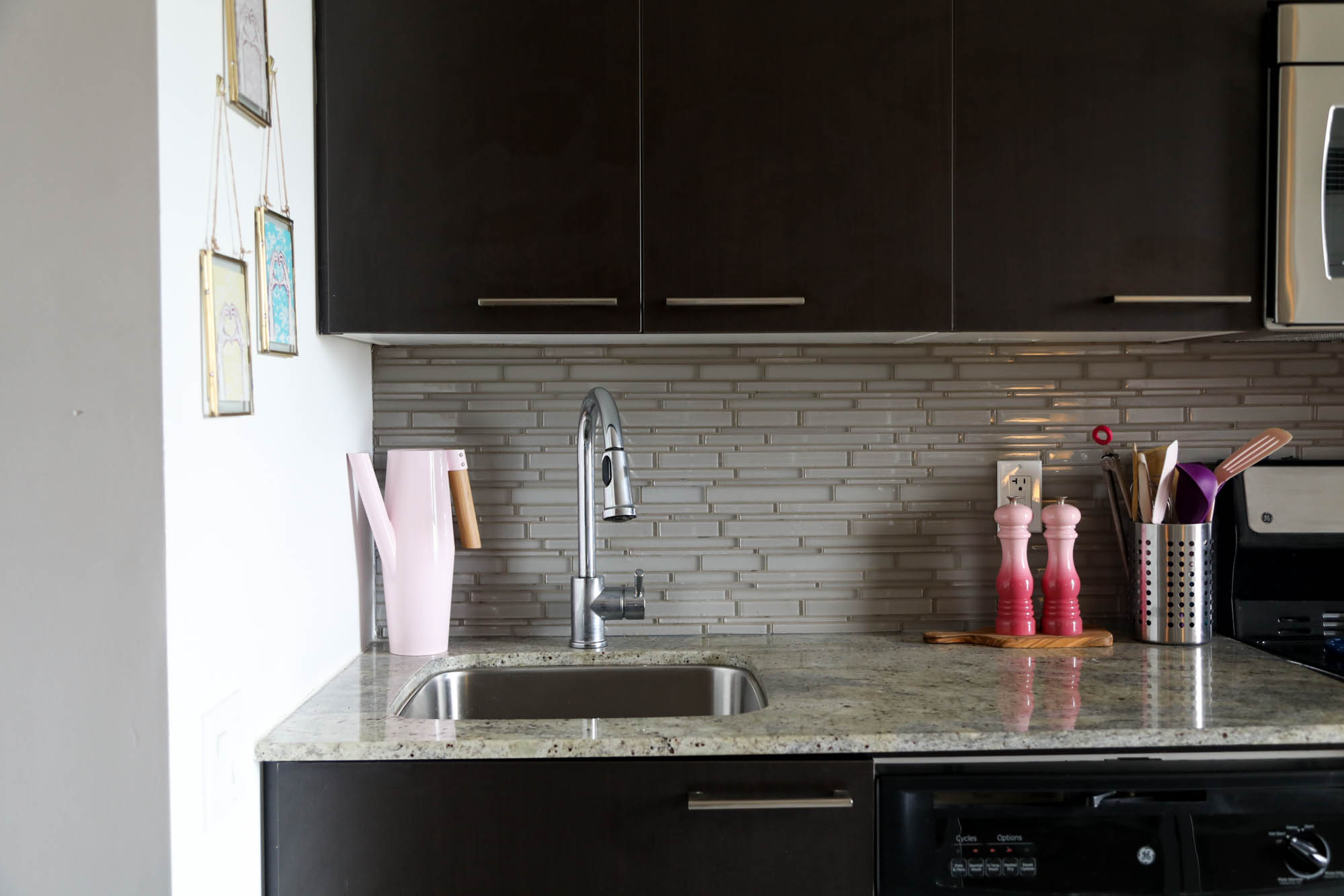