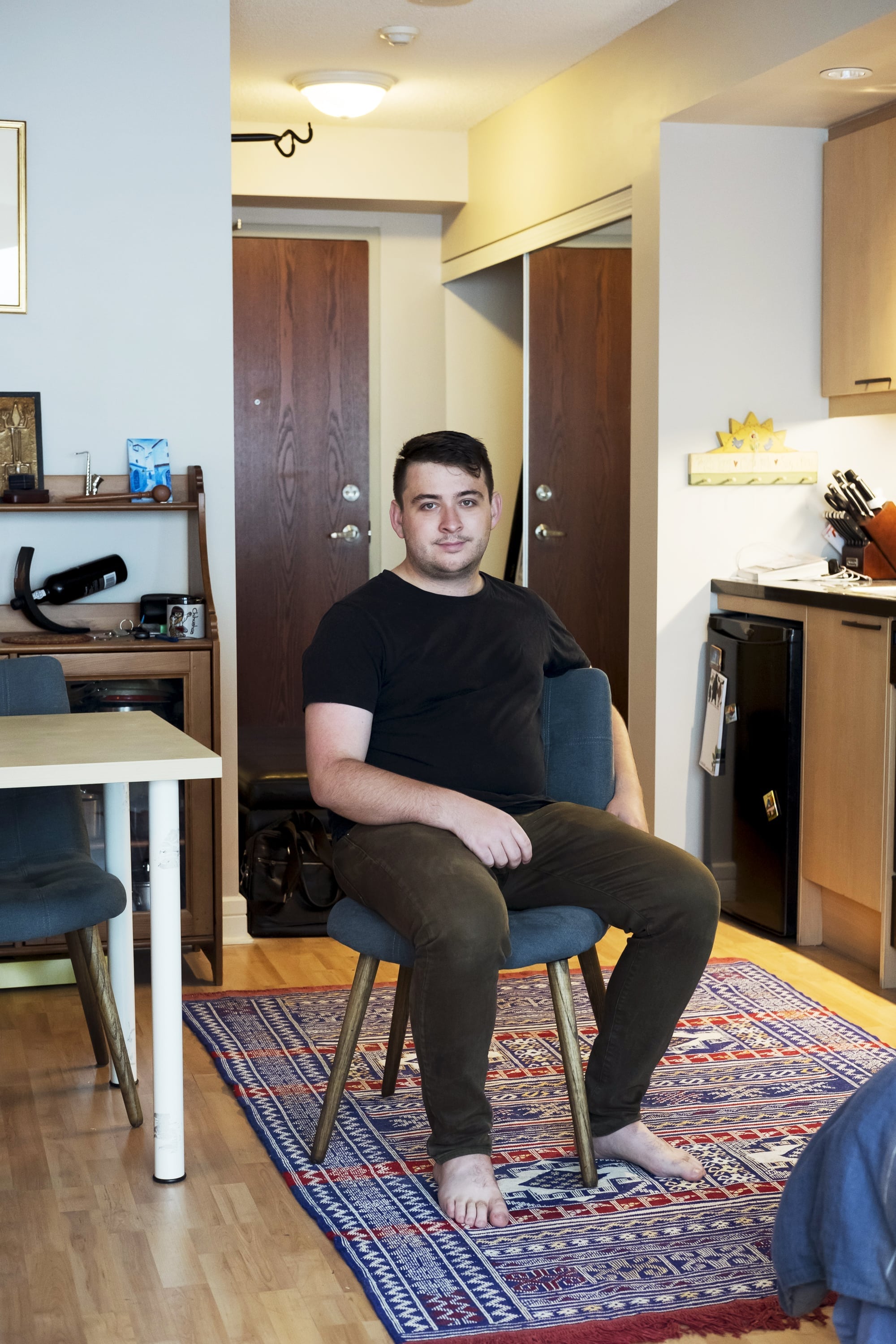 When Sam started condo hunting last winter, he quickly realized he was priced out of the core, where many new-builds were selling for close to $1,000 per square foot. With a budget of $270,000, he took his search to North York. He was uneasy at first, because as a new Torontonian (he moved here in 2015), he hadn’t spent much time above Dupont Street. “I thought North York was so far north that you needed a passport to get there,” he says.

After a few viewings, it became clear that his choice was between a shoebox with subway access or an inconveniently located one-bedroom. He chose a subway-adjacent studio. It’s tiny, but it’s only a 30-minute commute away from his downtown office.

When Sam got the keys last June, the first thing he did was spend hours drawing up potential layouts. He ultimately decided to fuse the living and sleeping areas into one hybrid area. When guests come over, his bed doubles as a second couch.

He fell in love with the carpet on a recent trip to Morocco (and lugged it around for the remaining 10 days of his trip): 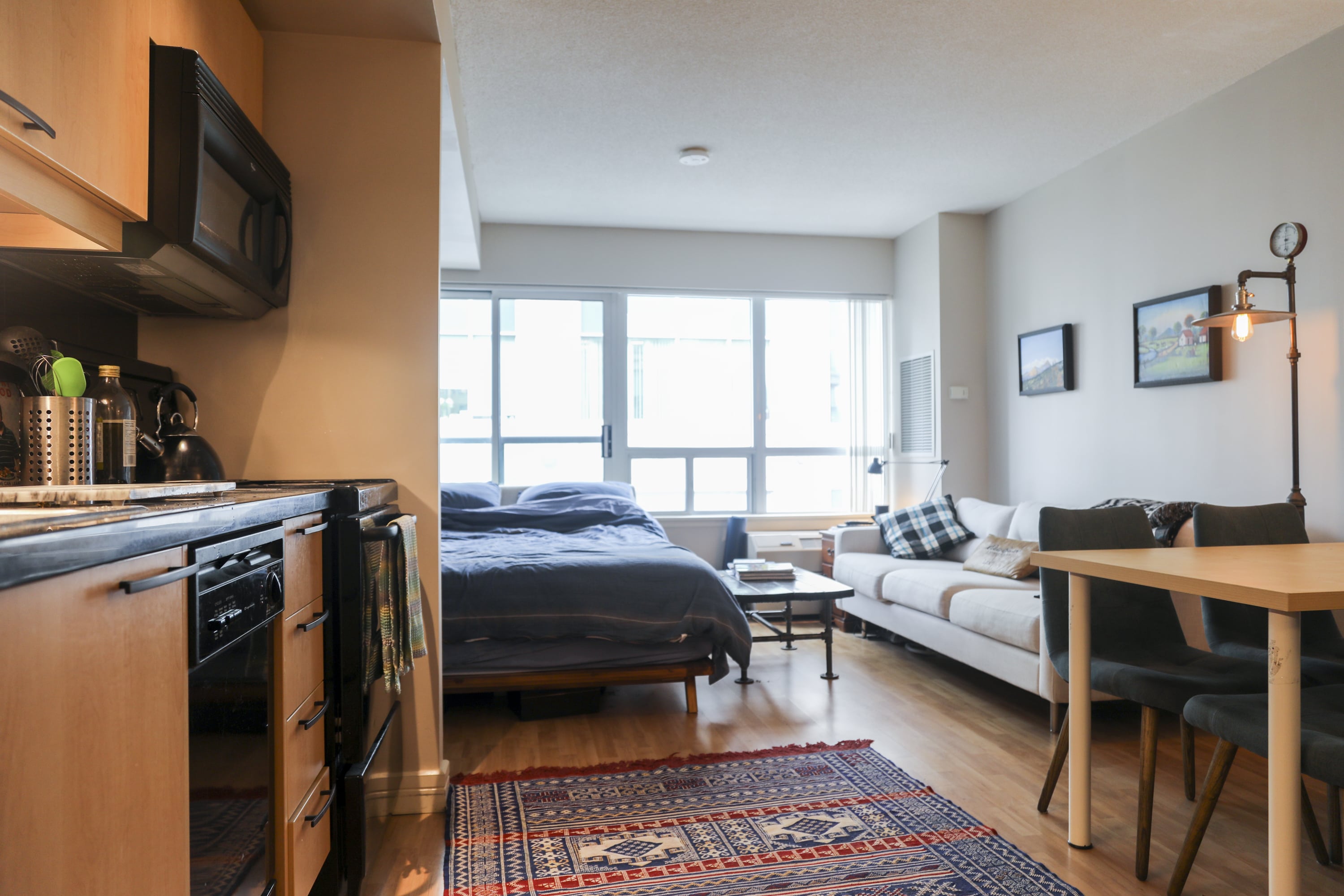 The layout allows for a small dining area, complete with a four-seat table and antique buffet. The sliver of a kitchen has barely enough cupboard space for Sam’s dry goods and plates. Kitchen overflow (pots, pans, cheeseboards) is stored in the buffet: 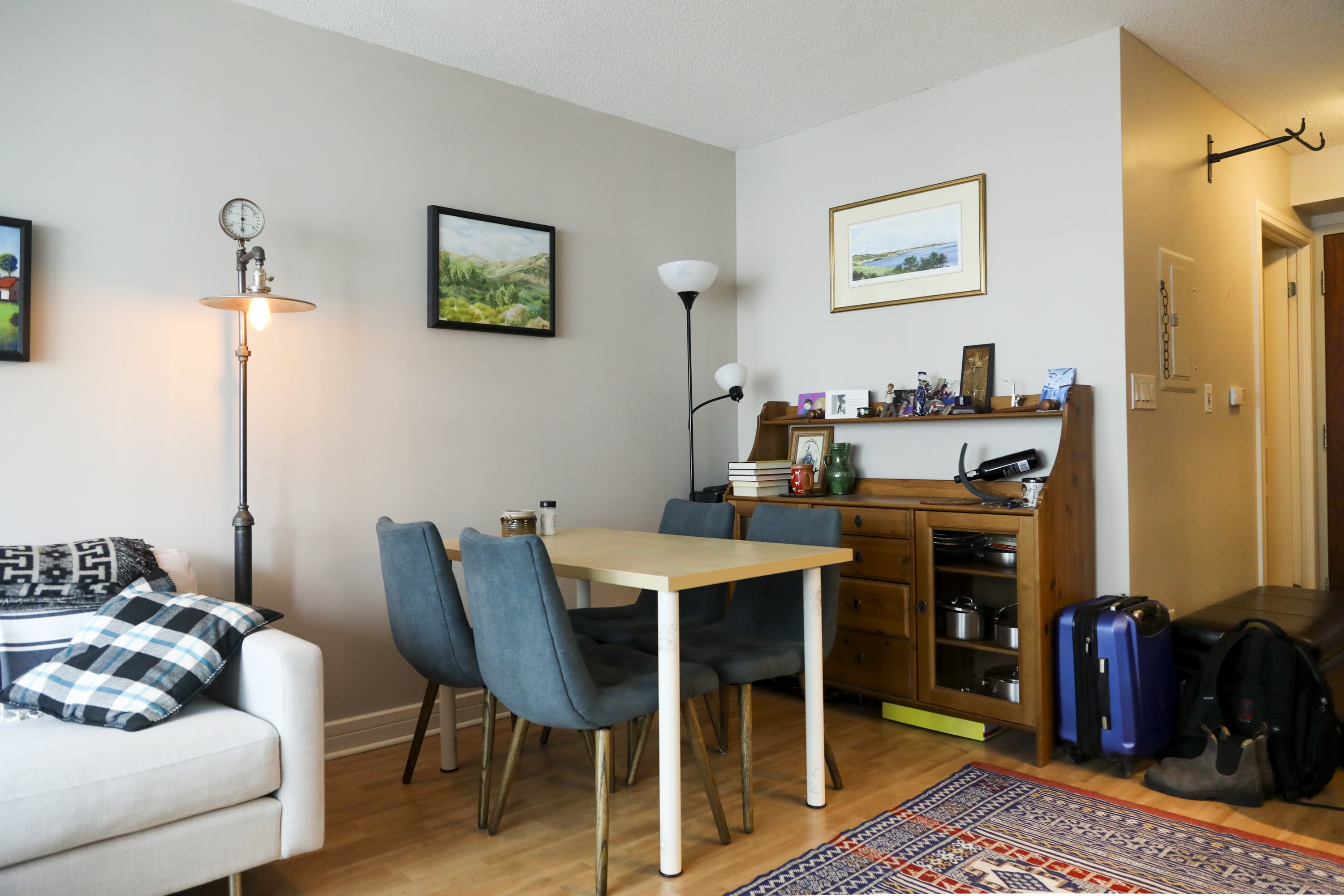 He picked up this steampunk lamp in Detroit: 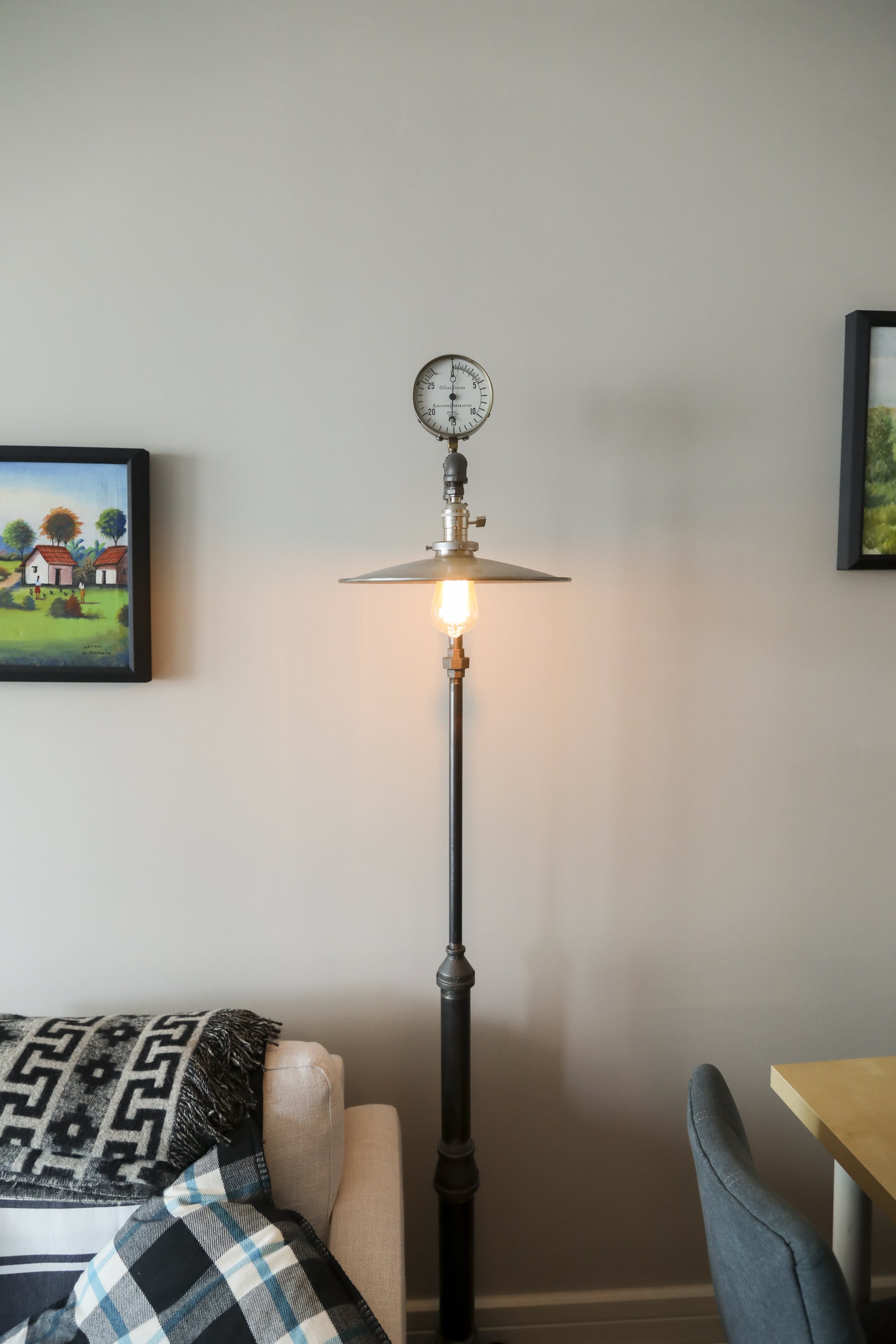 Sam made this hanging light by cobbling together industrial parts he found while antiquing in the Junction: 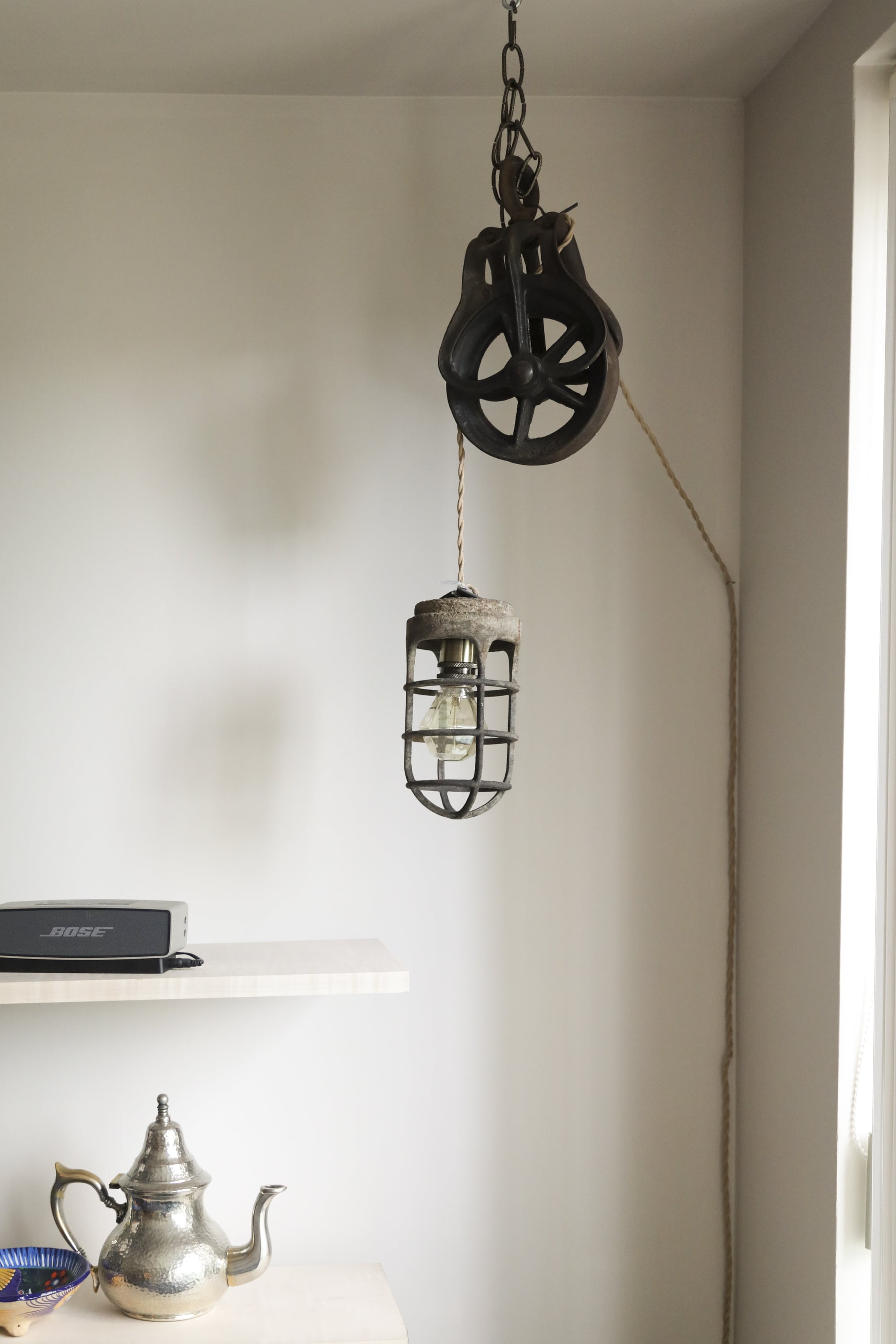 This standing desk is from CB2. It’s the only kind of desk he had space for. He made the wall-mounted bookcase and TV unit from spotted maple: 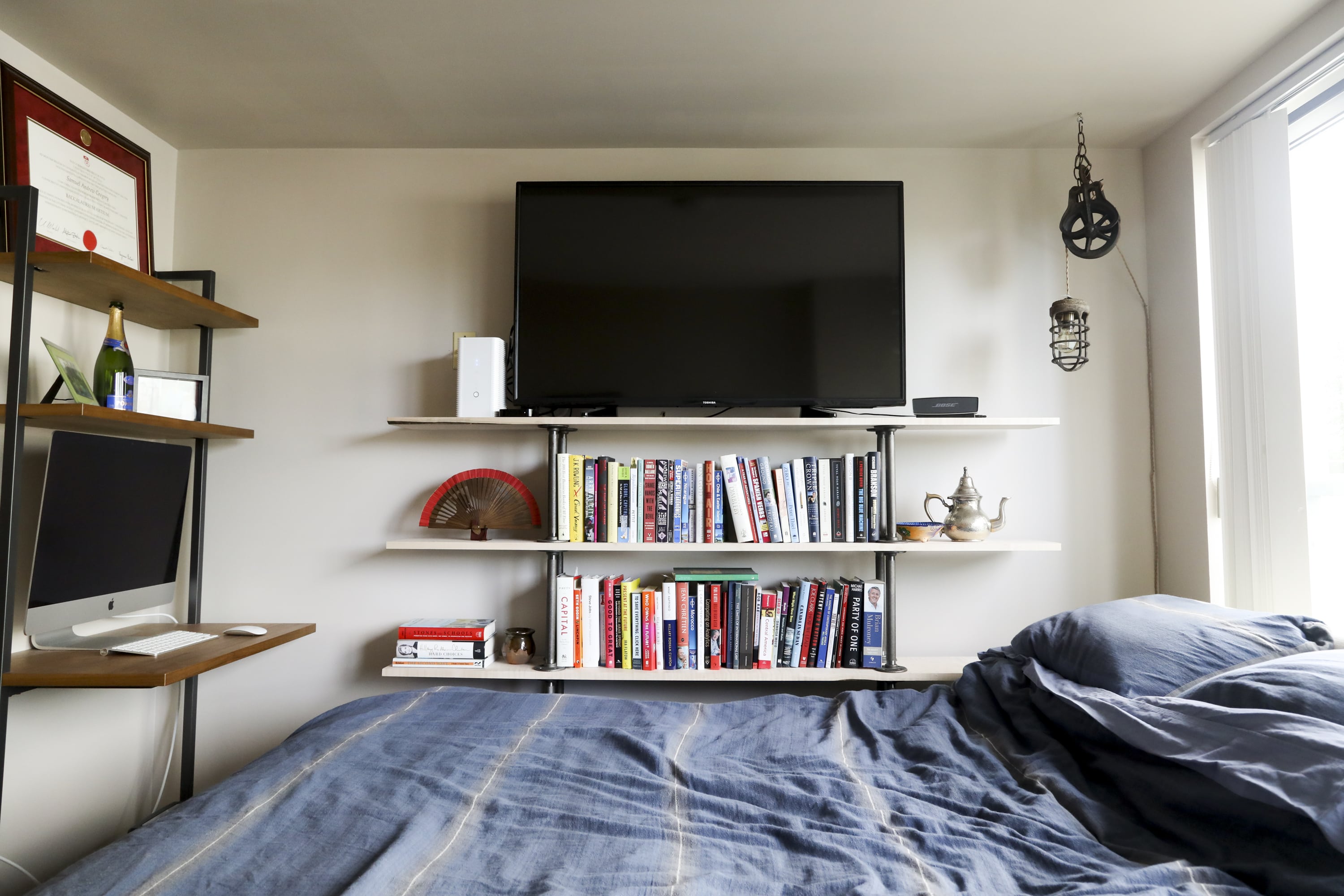 Identical units in Sam’s building are now selling for around $85,000 more than he paid a year ago. He’s not in a rush to sell, though. If he leased this place out, he figures the rental income, at today’s prices, would cover his taxes, mortgage and condo fees.