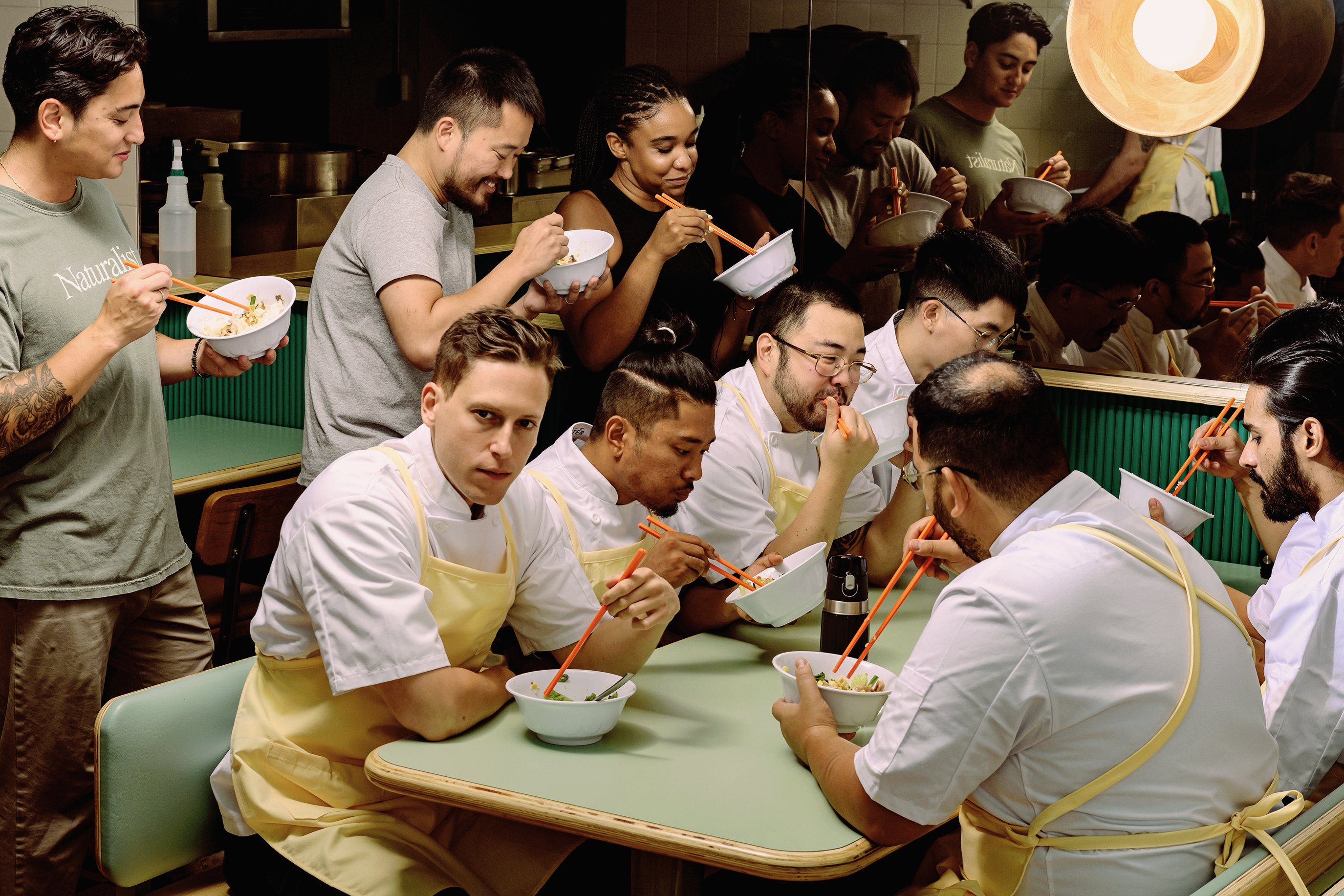 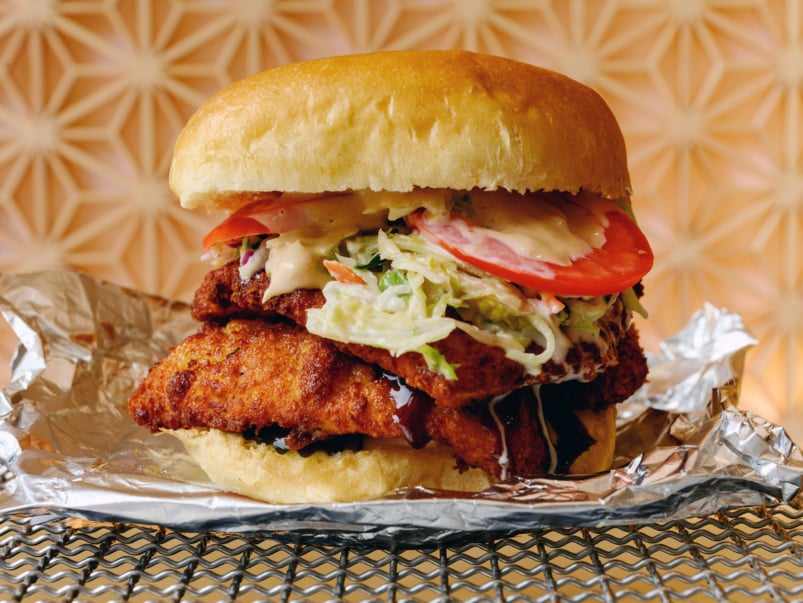 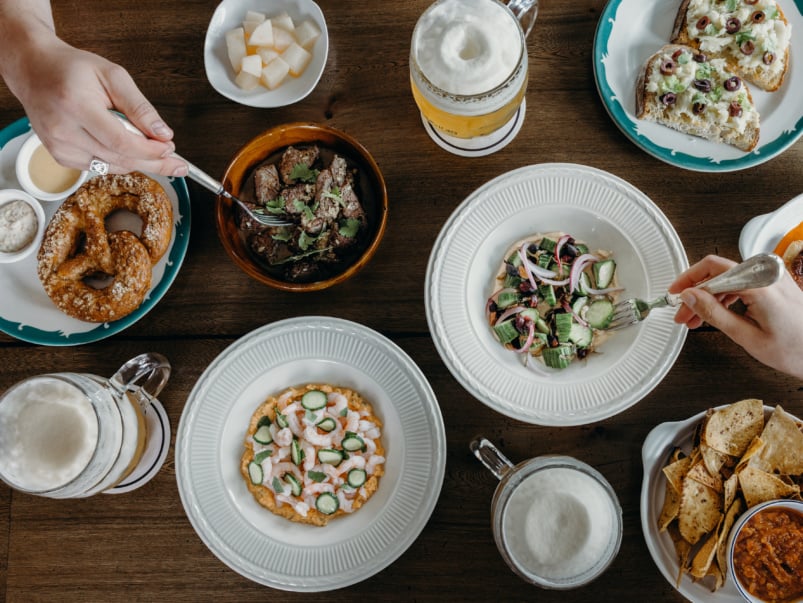 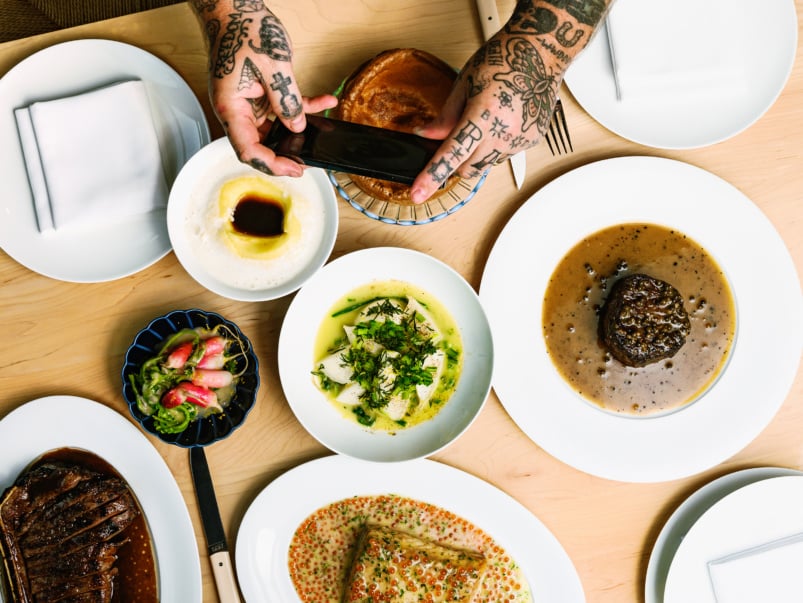 We can all probably agree that Covid was bad. And that it disproportionately impacted restaurateurs, who were forced to shutter their businesses or scramble to keep them afloat. But, amid all of the chaos, a surprisingly large number of industry players adapted, expanded, and grew stronger. And that’s how Sunnys was born.

In early 2020, David Schwartz and his partners were getting ready to open MIMI Chinese, a bougie spot on the outskirts of Yorkville serving up Cantonese-style dishes from Guangdong province: shrimp toast, char siu pork and a four-foot-long belt noodle smothered in Sichuan chili oil.

The pandemic’s arrival put a pin in those plans, but Schwartz and his team still needed something to do. “We had to work so we could get paid,” says Schwartz. “But we also had to prepare for the opening, learn to use the equipment and familiarize ourselves with the space.”

So they opened a pop-up for family and friends, selling food out of MIMI’s back door. Each week, they featured dishes from a different region of China. One of Schwarz’s partners, Braden Chong, wanted to name it Sunnys, after a manager at House of Gourmet in Chinatown, where they often went for late-night eats. 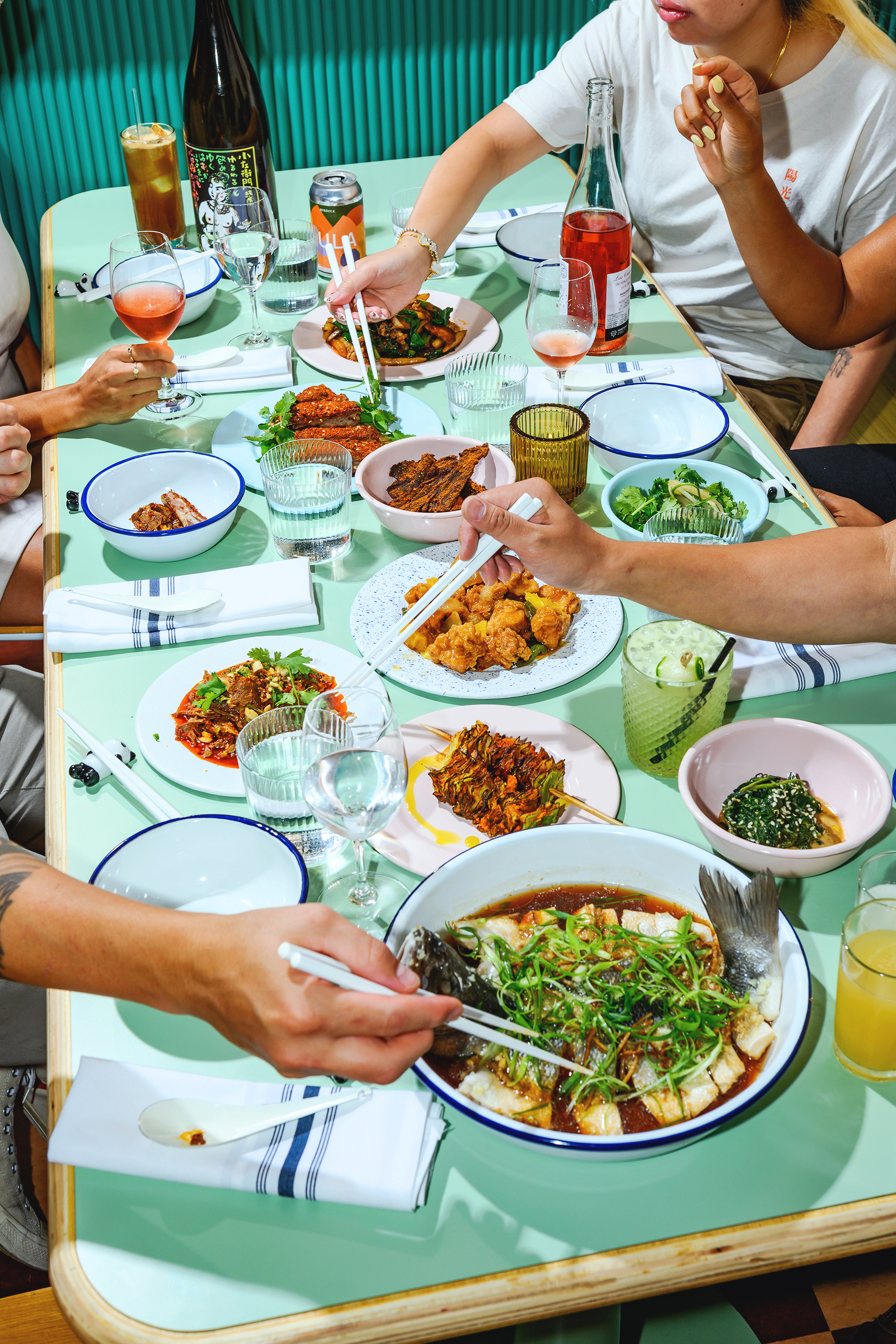 Sunnys found early success. People were lining up at the back door of the restaurant, beside the garbage cans, just to get their fix. They sold out nearly every weekend. MIMI set up a mailing list, which grew from 300 to 13,000 subscribers.

At some point, Schwartz and his partners realized that Sunnys should have its own brick-and-mortar location. And, over the next two pandemic-stricken years, they pulled off the impossible: opening two really buzzy restaurants.

Sunnys is one of the hottest spots in the city right now, with people clamouring for reservations. To get a sense of the hype, consider this: on a recent night, homegrown celeb chef Matty Matheson and Bieber super-producer Benny Blanco were spotted dining together in one of the booths.

Eating at Sunnys is like taking a culinary tour of several regions in China, including Sichuan, Shaanxi, Guangdong and Hong Kong. There’s a heavy focus on charcoal barbecue, evident in dishes like the cabbage skewers, dry pot shrimp and lamb ribs.

When Schwartz was growing up in Toronto, his family went to Pearl on Harbourfront every Sunday for dim sum. There, they ordered things like chicken feet and tendon, with flavours and textures foreign to the typical Canadian palate. Those dishes were some of his favourites, so he wanted the food program at Sunny’s to feature similarly enigmatic items. Look no further than the Husband and Wife Beef (shank, tendon, tripe) and Typhoon Shelter Squid, which can test—but also delight—the taste buds of the city’s less-seasoned foodies. But there’s also stuff to satisfy hankerings for Panda Express–type classics, like beef and broccoli or orange chicken.

The experience of eating at Sunnys begins long before sitting down at a table. Just to find the place, prospective guests have to navigate the streets of Kensington Market, maybe walk past a fire-breathing street performer, duck into a mini-mall, travel down a narrow hallway past a purple neon sign advertising psychic readings and, eventually, arrive at a closed door guarded by a maitre’d with an iPad. (Though fans of the old Cold Tea space will know where to go.)

“It’s basically impossible to find, which is part of the allure,” says Schwartz. “We wanted something that was off the beaten path.”

Inside, the lights are low and disco music plays. The walls are painted in bright, funky colours—mint green, dusty rose, peach—evoking the interiors of Hong Kong diners in the 1980s.

“We hyperbolized the colours because it’s pretty dark in here,” says Schwartz. “We wanted things to stand out.” 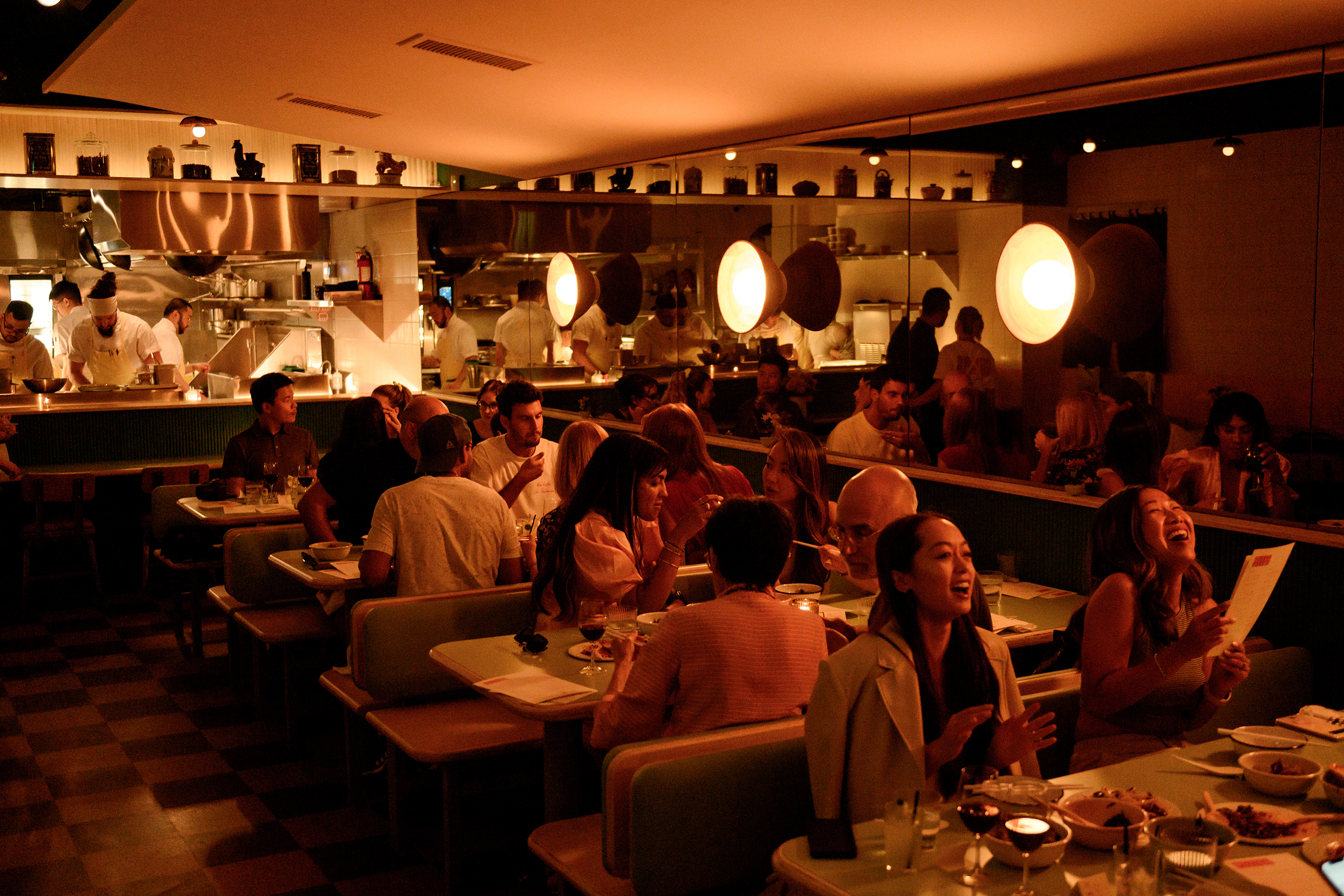 Aesthetically, Schwartz wanted Sunnys to feel like it had always been there, so he picked floors that looked old and scuffed up. On the walls, he hung vintage black-and-white photos from the Toronto archives, featuring Kensington Market and Chinatown through the years. Kensington Market holds a special place in Schwartz’s heart: at the end of the 1940s, his grandparents escaped multiple concentration camps and immigrated from Poland to Toronto, ultimately settling in the market. They came with nothing but scrounged up the resources to open a butcher shop on Baldwin Street, specializing in chicken.

Schwartz’s grandpa ran that shop up until the ’70s. It’s now Tom’s Place, a men’s clothing store. During Covid, Schwartz moved to Nassau Street, just around the corner, making his commute to work pretty convenient. 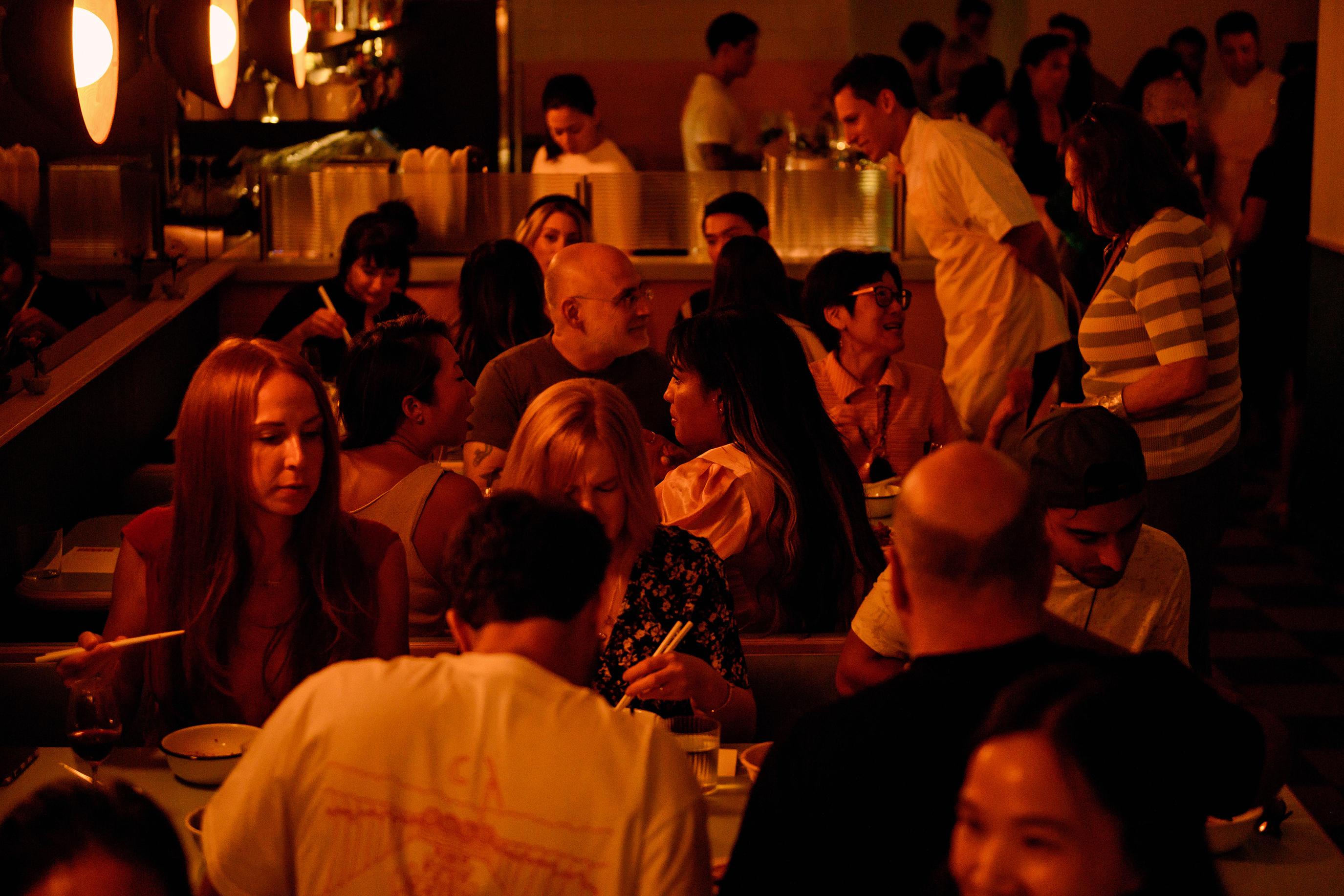