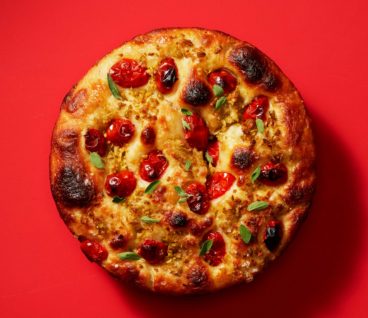 1 After almost two years of operating her pandemic-inspired Instagram-based business Pasta Forever, Jess Maiorano is getting an IRL storefront. Until then, you can continue to order her goods online, including this red-and-green focaccia dotted with cherry tomatoes, Castelvetrano olives and fresh oregano—it could almost be mistaken for a wreath. $18 and up. Pastaforever.ca 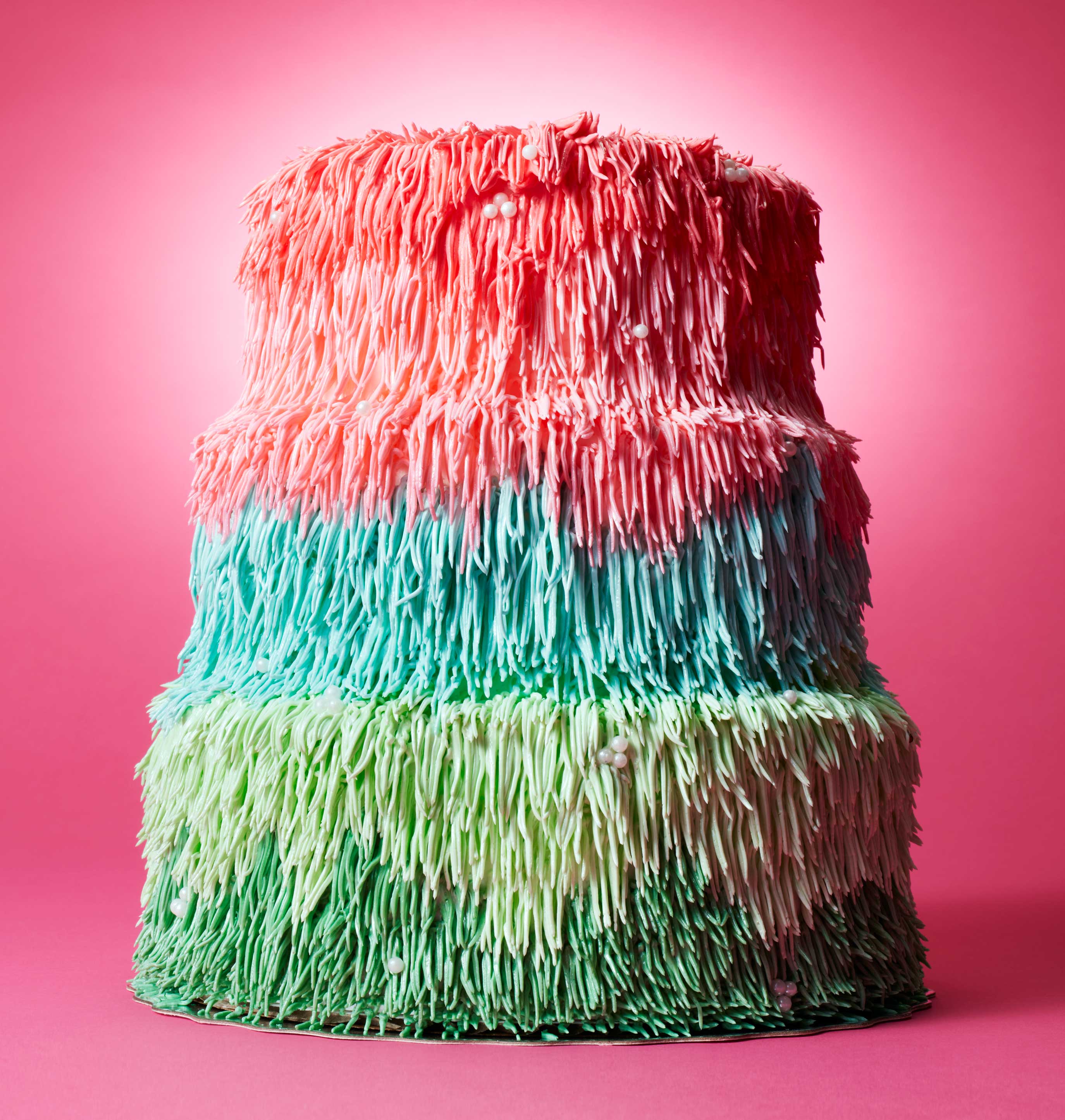 2 In a market saturated with desserts (not that we’re complaining), Kwento owner Shannon Nocos makes creations that stand out. Her cakes resemble furry muppets, fuzzy fabrics and Seussian creatures. The flavours, often inspired by Nocos’s Filipino heritage, include classic (confetti cake) and one-of-a kind (vanilla-cardamom with yema, a custard made from egg yolks and condensed milk), all with buckets of buttercream. $65 and up. Make-kwento.com 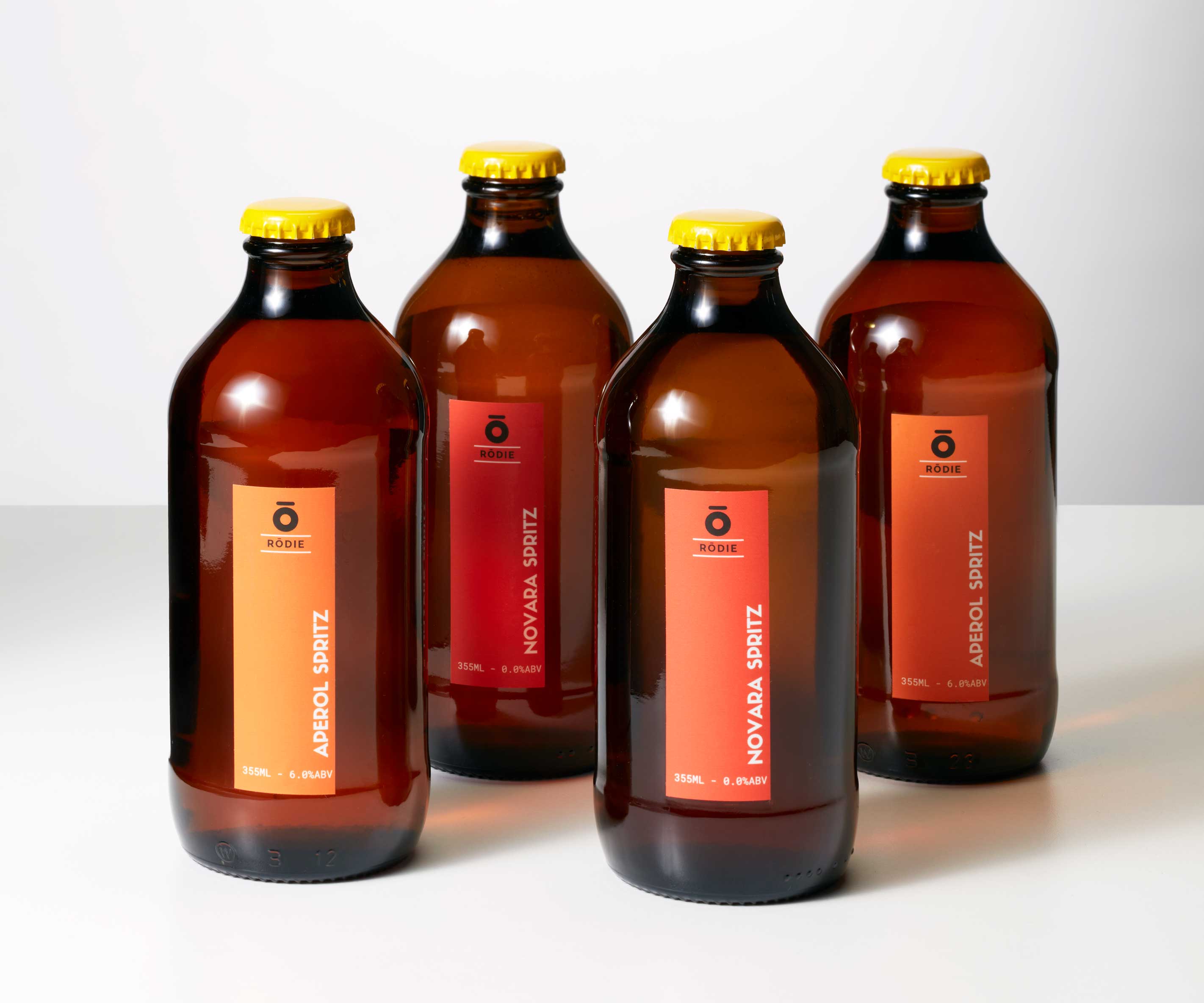 3 At this year’s holiday party (we can gather again!), consider swapping out the punch bowl for some bottled cocktails from Rodie, Marben’s grab-and-go offshoot. There are a couple of boozy spritzes (Aperol, lambrusco), a Moscow mule and a Fernet and Coke, and—for the DDs—the Novara Spritz, a citrusy sip that’s alcohol-free without tasting like it. $12-$16. Rodie.ca 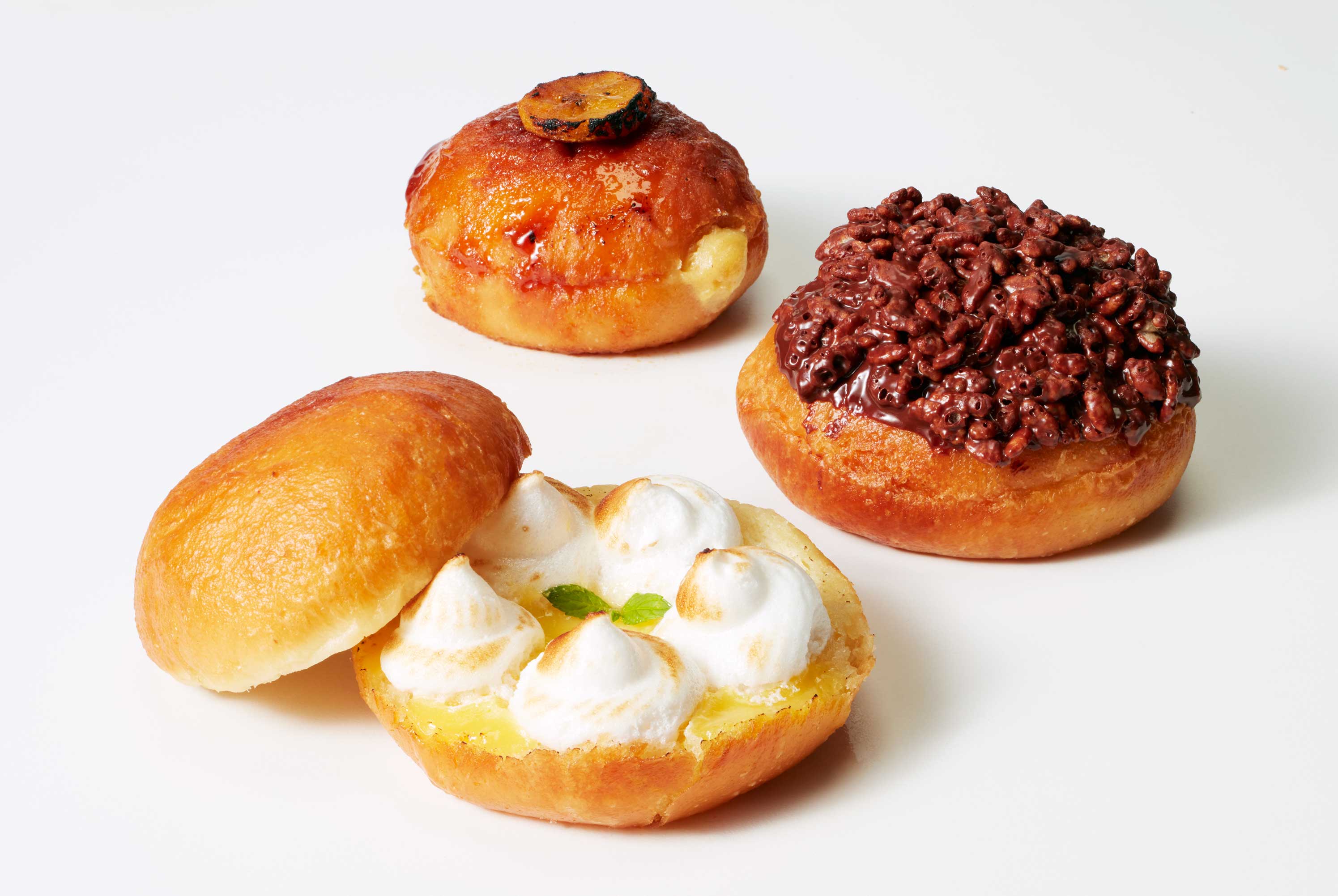 4 Full-time nurse Rhea Abayan somehow found the time during Covid to start a baked goods side hustle. As Baker-Rae, she makes cinnamon buns and doughnuts with Filipino flavours, like one filled with caramelized plantain cream; another inspired by a chocolatey rice porridge; and the Calamansi Meringue, more of a dessert burger involving two doughnut halves that sandwich a layer of tart calamansi curd and poufs of lightly toasted meringue. $18 for three. @Bakerraexcafe 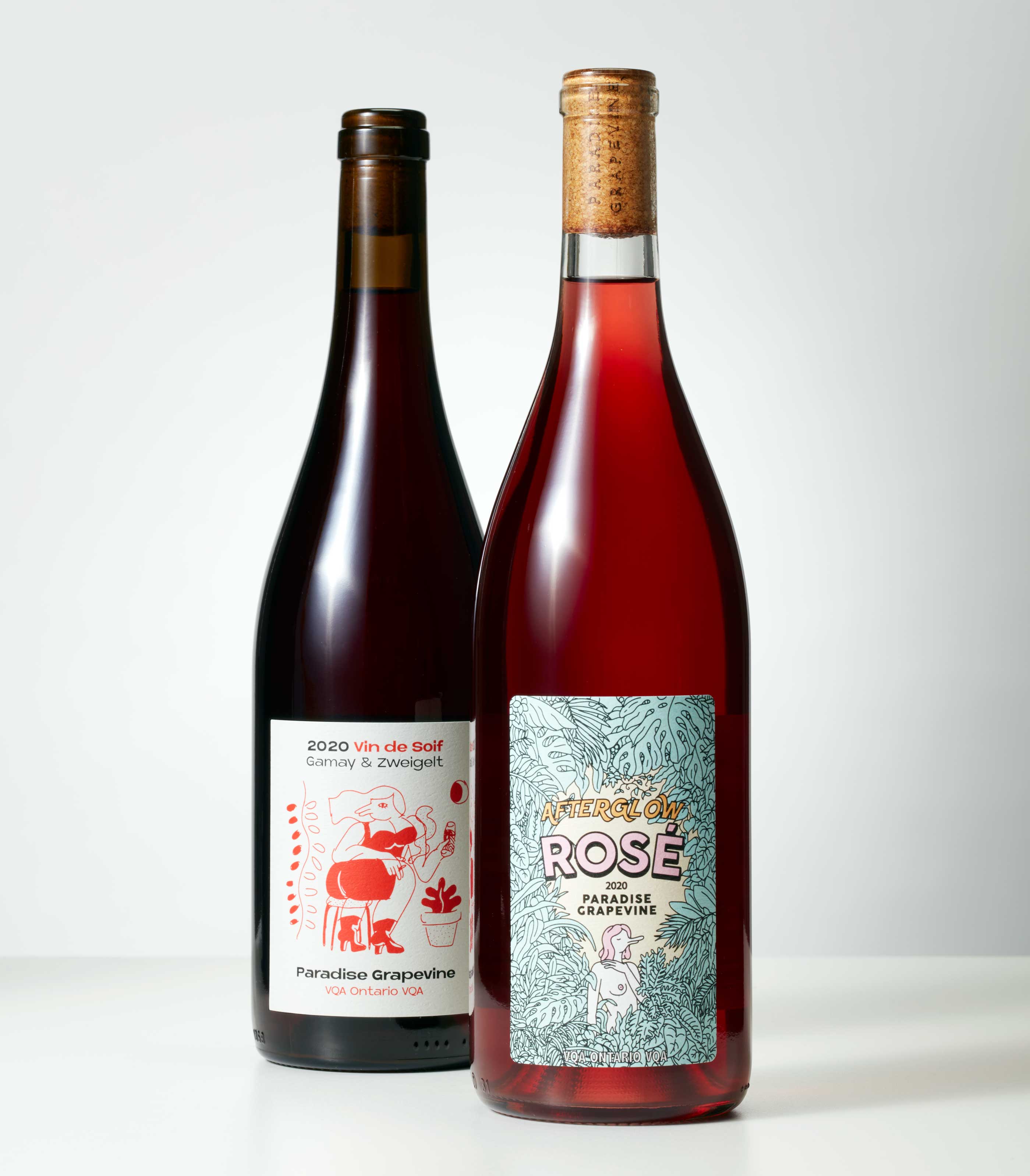 A bottle of wine

5 When everyone else was watching The Office on repeat and perfecting their dalgona coffee technique, the team at Paradise Grapevine was making their own wines and wine-based seltzers. Impress the oenophiles in your life by giving or serving them a bottle of the 2020 Vin de Soif, a chuggable red that tastes like summer in December. $24. 841 Bloor St. W., 416-536-7178, shop.paradisegrapevine.com

6 This ain’t your nonna’s cannoli. Cannoli Crunch chef Maria Strazzanti fries up tube-shaped pastry shells the traditional way, but pipes them full of all kinds of flavoured ricotta fillings, covering them in complementary toppings. Think: candy cane and rum plum pudding, but also some sweet-and-savoury combos, like champagne and caviar, that work just as well as an appetizer as they do dessert. $4 and up per piece. 850 King St. W., 416-363-8898, cannolicrunch.com

7 For an impressive hostess gift–or a no-prep night in—Graze and Glory has you covered. Alexa Kowaltchuk started her bespoke box biz in the fall of 2020, when we were all confined to our couches, craving the comfort only cheese can provide. Her spreads come with an assortment of cheese and meat, various vessels (baguette, crackers) and accoutrements (olives, fruit, honeycomb), all wrapped up in a pretty little package. $30 and up. Grazeandglory.ca 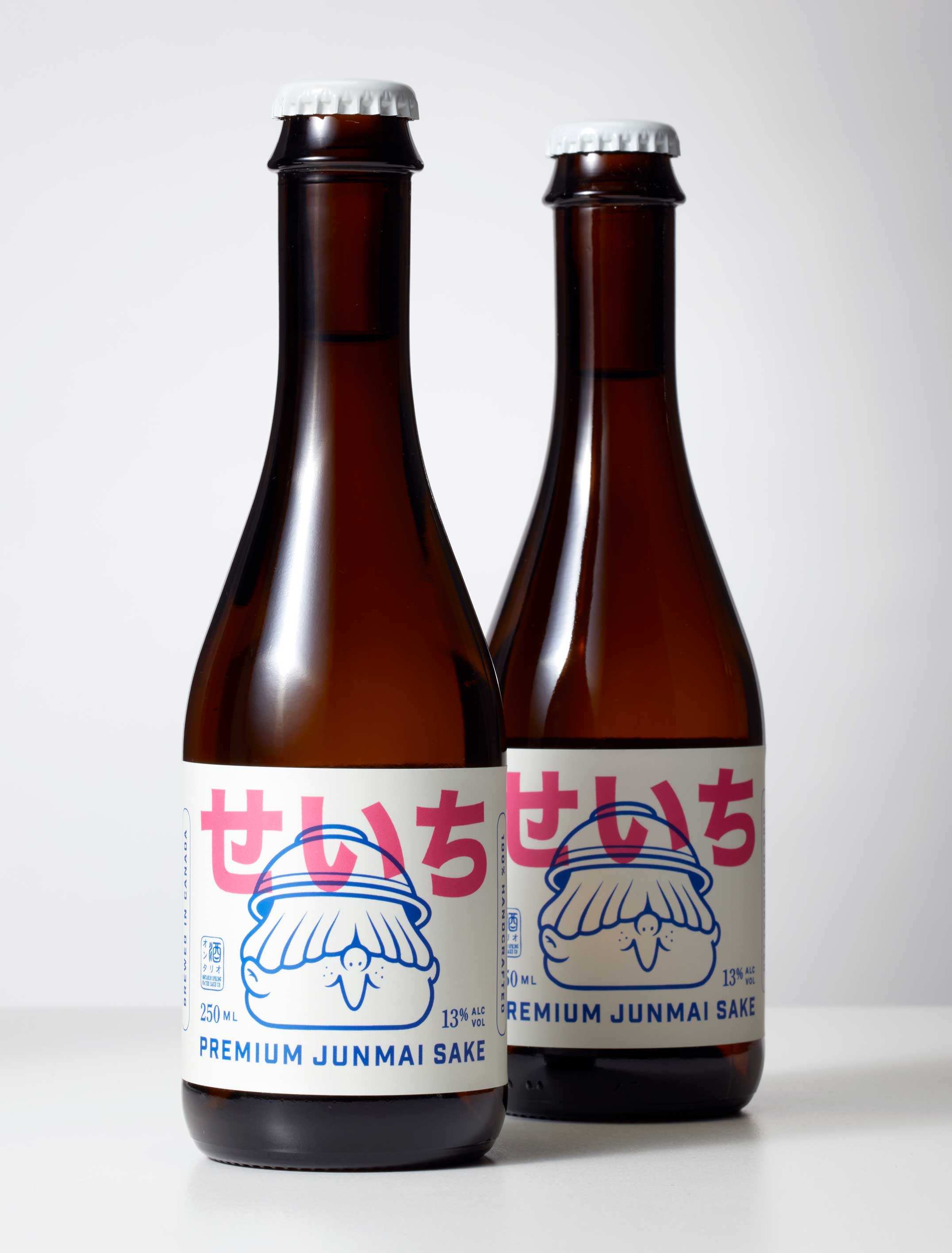 8 This all-Ontario sake is a collaboration between the Distillery District’s Izumi Brewery and East Chinatown’s new ramen joint, Oji Seichi. Junmai sake is as pure as the stuff gets, and what’s inside these stubby, long-necked bottles has hints of smoke, maple and green apple, and is meant to be sipped ice cold and paired with ramen—or whatever you’re feasting on. $21. 354 Broadview Ave., ojiseichi.com 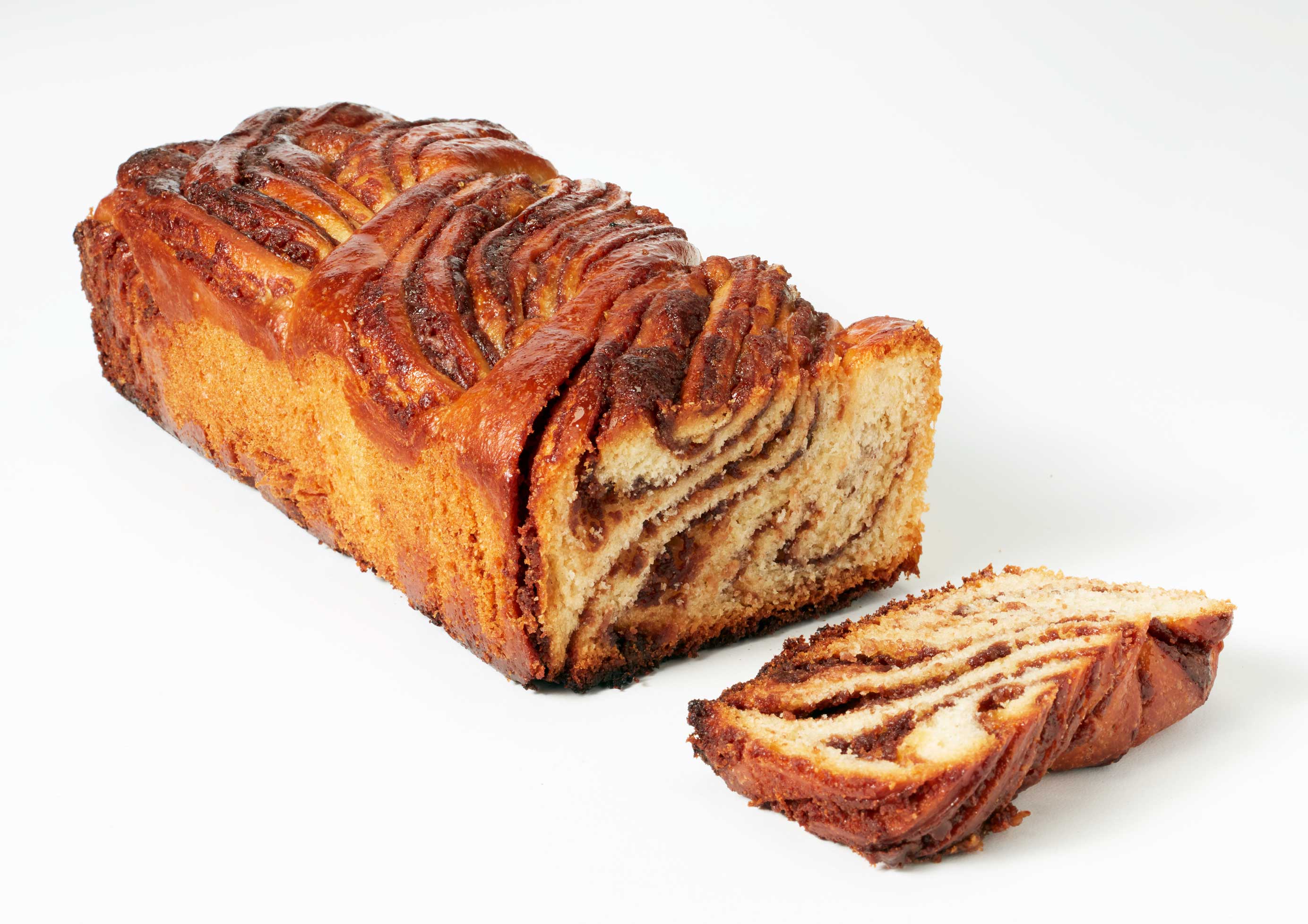 A sweet and swirly babka

9 Fifth-generation baker Yoni Kamil launched his own Jewish-style bakery from his home in late 2020. It’s now a fully fledged wholesale operation. His challahs and ryes are excellent, but the most coveted items are the golden-brown babkas, which come in classic varieties as well as Lev’s signature chocolate-tahini version, which is studded throughout with big chunks of halva. Prices vary. Levbakery.com 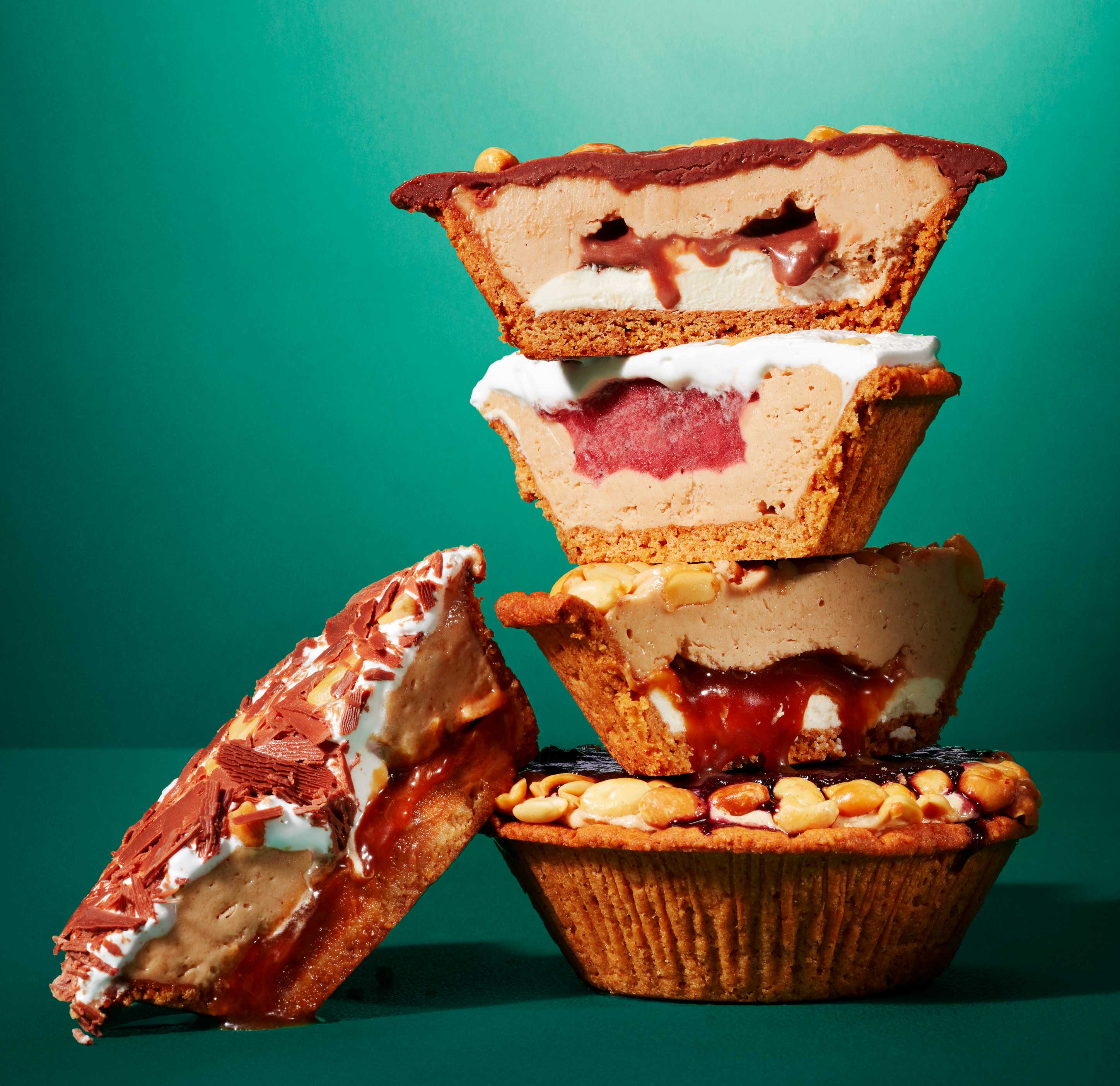 10 Il Covo chef Ryan Campbell and his partner, Sara Steep, are behind Gertie’s, a pandemic project specializing in one item only: decadent peanut butter pies, now available at stores from Niagara all the way to Montreal. The hefty, puck-sized pies fill a peanut-graham crust with peanuts two ways (PB mousse, caramel) and whipped mascarpone cream, then top it all off with some roasted—you guessed it—peanuts, for crunch. Prices vary depending on retailer. Heygertie.com 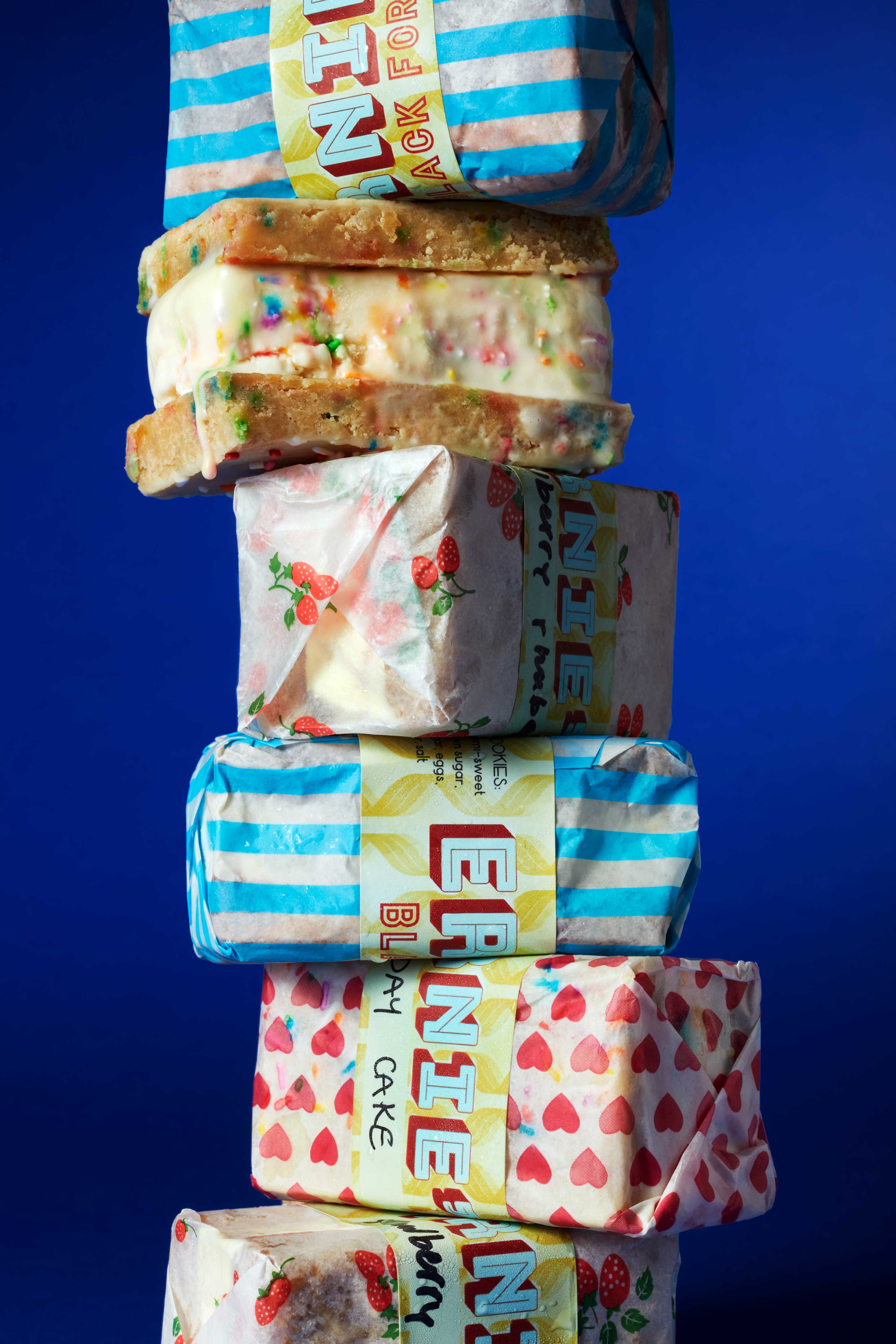 11 Who says summer gets all the ice cream? We say it’s a totally acceptable winter holiday treat—especially when it comes basically gift-wrapped, like these sweet sammies do. Ernie’s Ice Box owner Julia Haist was an actor and food-tour guide when the pandemic cancelled her gigs. Now she makes all the cookies and ice cream from scratch for her artisanal frozen treats, each the size of a small brick. We’re partial to her signature PB&J flavour, a slab of cinnamon toast ice cream with ripples of real raspberries, smooshed between two chewy-soft peanut butter cookies. $30 for four. Erniesicebox.com 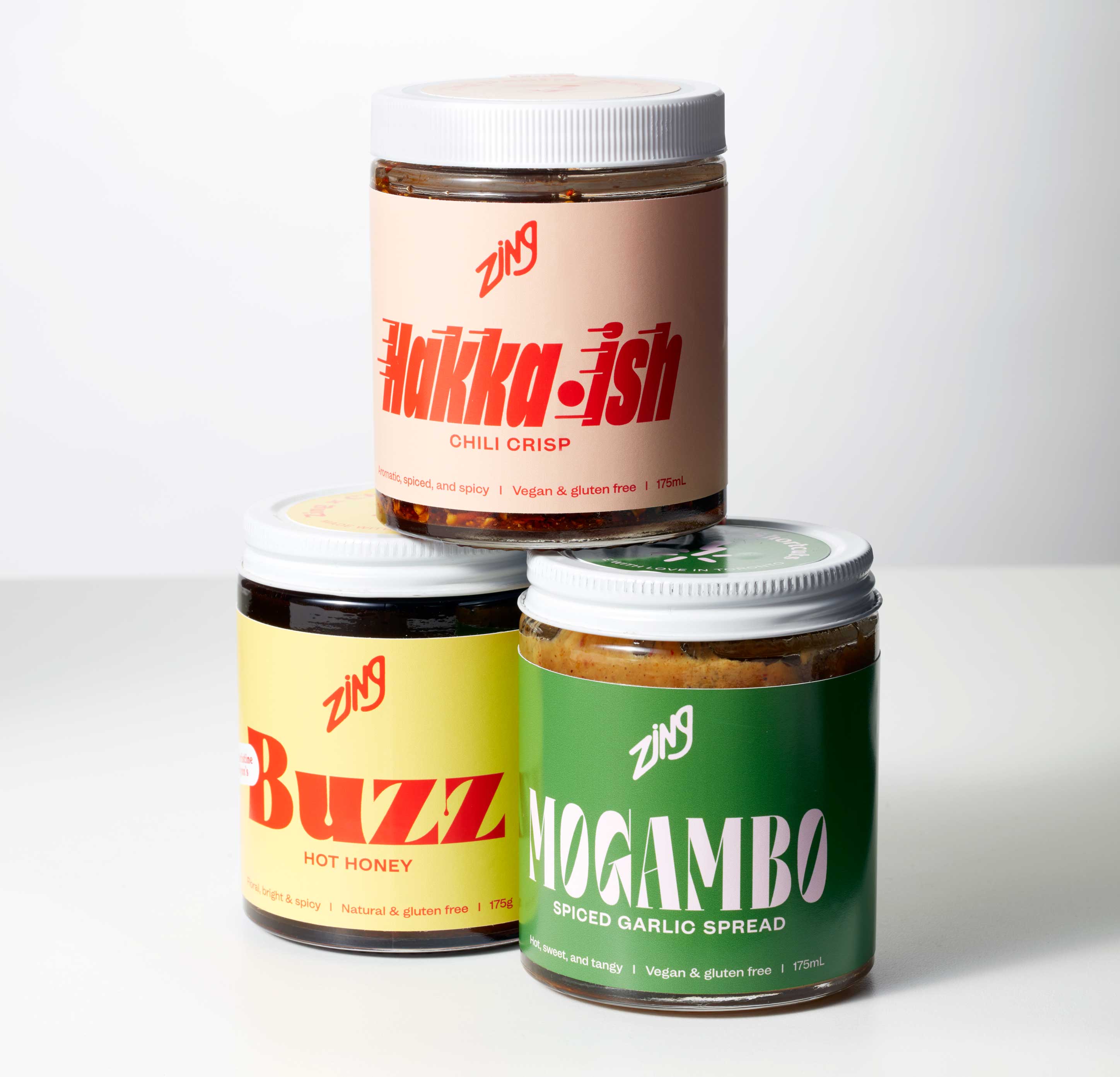 12 Zing’s jazzy little jars are the result of a mid-pandemic project involving three Torontonians who decided to turn their quest for more flavourful food into a side hustle. They come in three flavours, each designed to quickly punch up any meal. The best-selling Hakka-ish is an Indo-Chinese spin on Sichuan chili crisp. There’s also a chili-spiked honey called Buzz, and Mogambo, which is basically minced garlic on steroids. $38 for all three. Cookwithzing.com 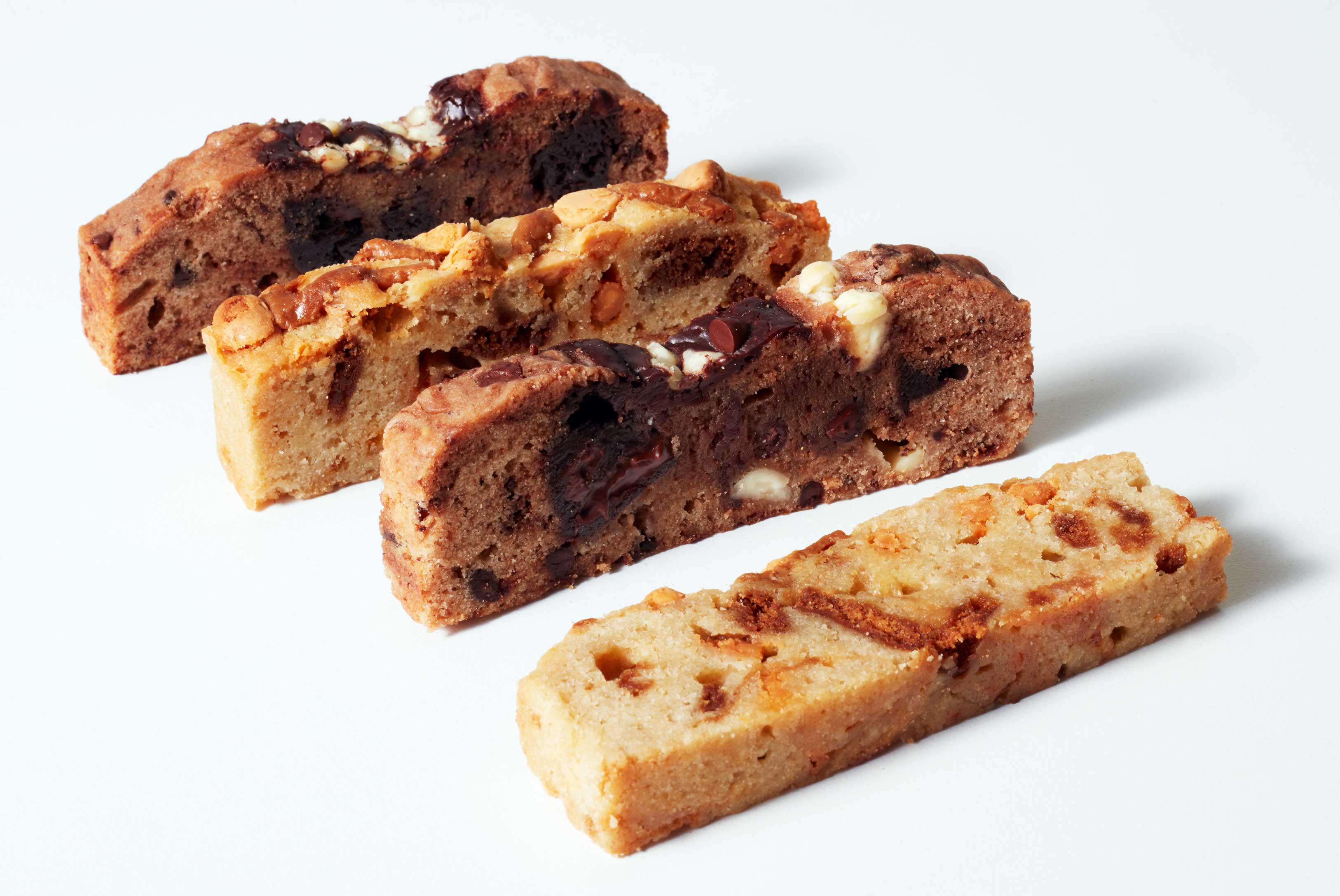 13 Nancy Burkes realized her lifelong dream last year when she started her biscotti business. And while she’s the self-titled queen of biscotti, her “biscookies” are actually a hybrid of sorts. They have a softer, more cookie-like texture, and come in flavours like orange creamsicle, butter tart and the seasonal dark chocolate candy cane. Order some for “Santa.” $35 for a box of 12. Biscottiqueen.ca 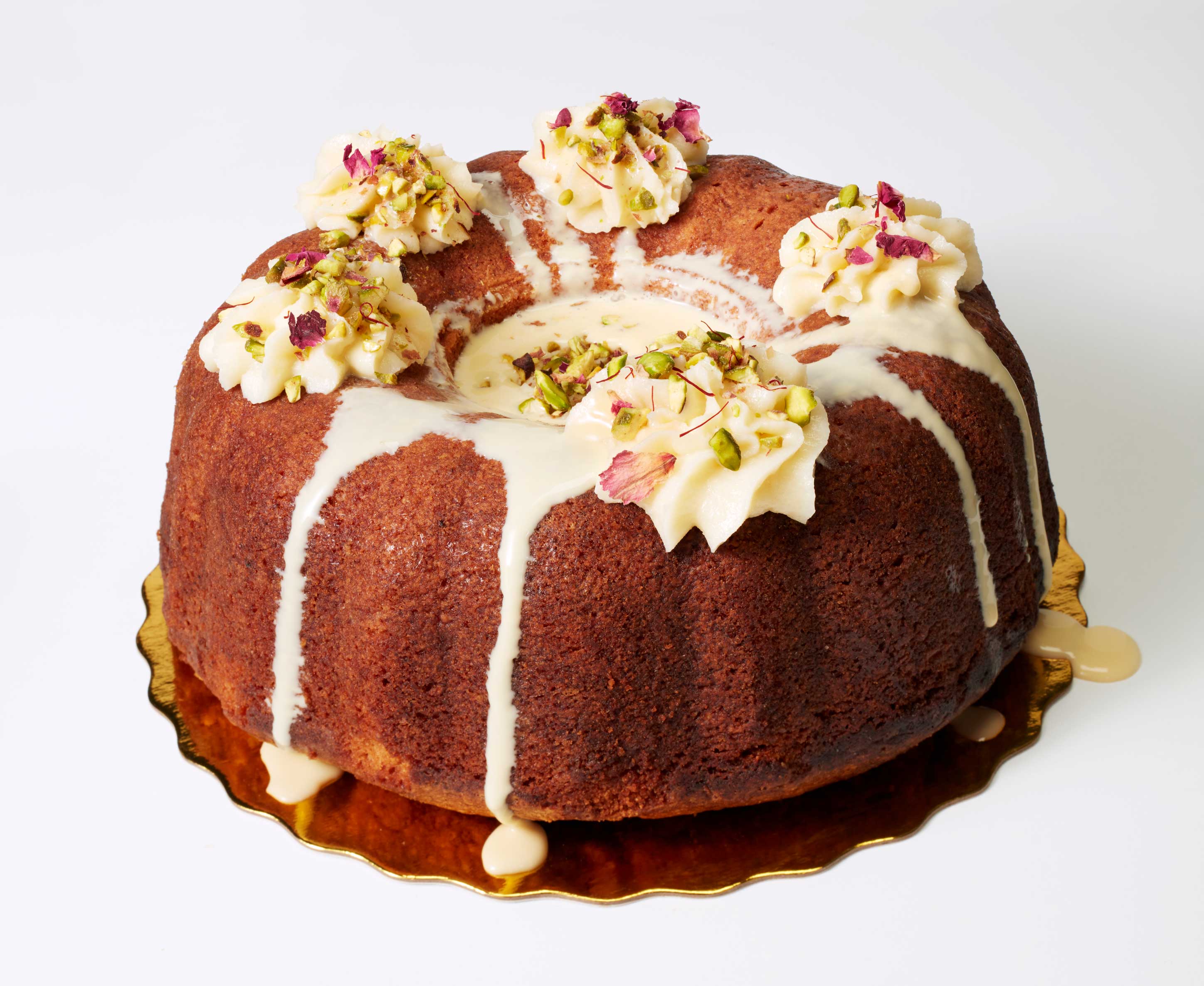 14 Little Sister Bakery, at Dundas West’s Market 707, is a labour of love run by sisters Tanvi and Akash Swar, who blend traditional Indian flavours with techniques from around the globe. Their show-stopping ras malai cake is a golden-hued bundt soaked in a milk bath, decorated with rosettes of paneer cheese icing and sprinkled with rose petals and pistachios. $65. 707 Dundas St. W., little-sister-baking.square.site 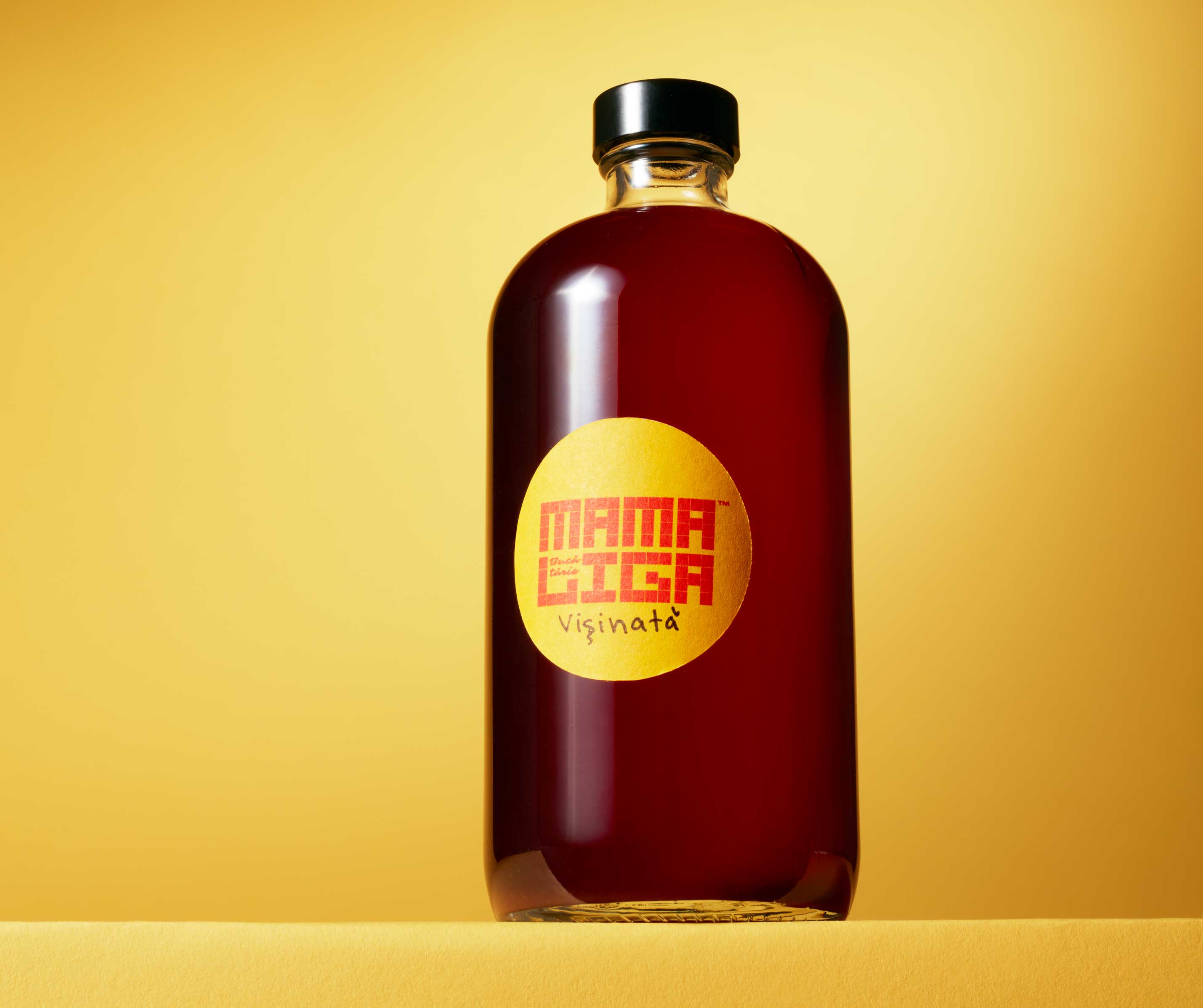 15 Haan Palcu-Chang–chef of Favorites Thai BBQ—kept busy during the pandemic with side hustles, including one where he sells the Romanian dishes he was raised on. To wash down the mamaliga (the cornmeal porridge his pop-up is named for), he also bottles his own vishinata, a sour cherry liqueur made from organic Ontario cherries. Its festive hue—and sneaky wallop—make it the perfect holiday-dinner digestif. $45. @Mamaligatoronto 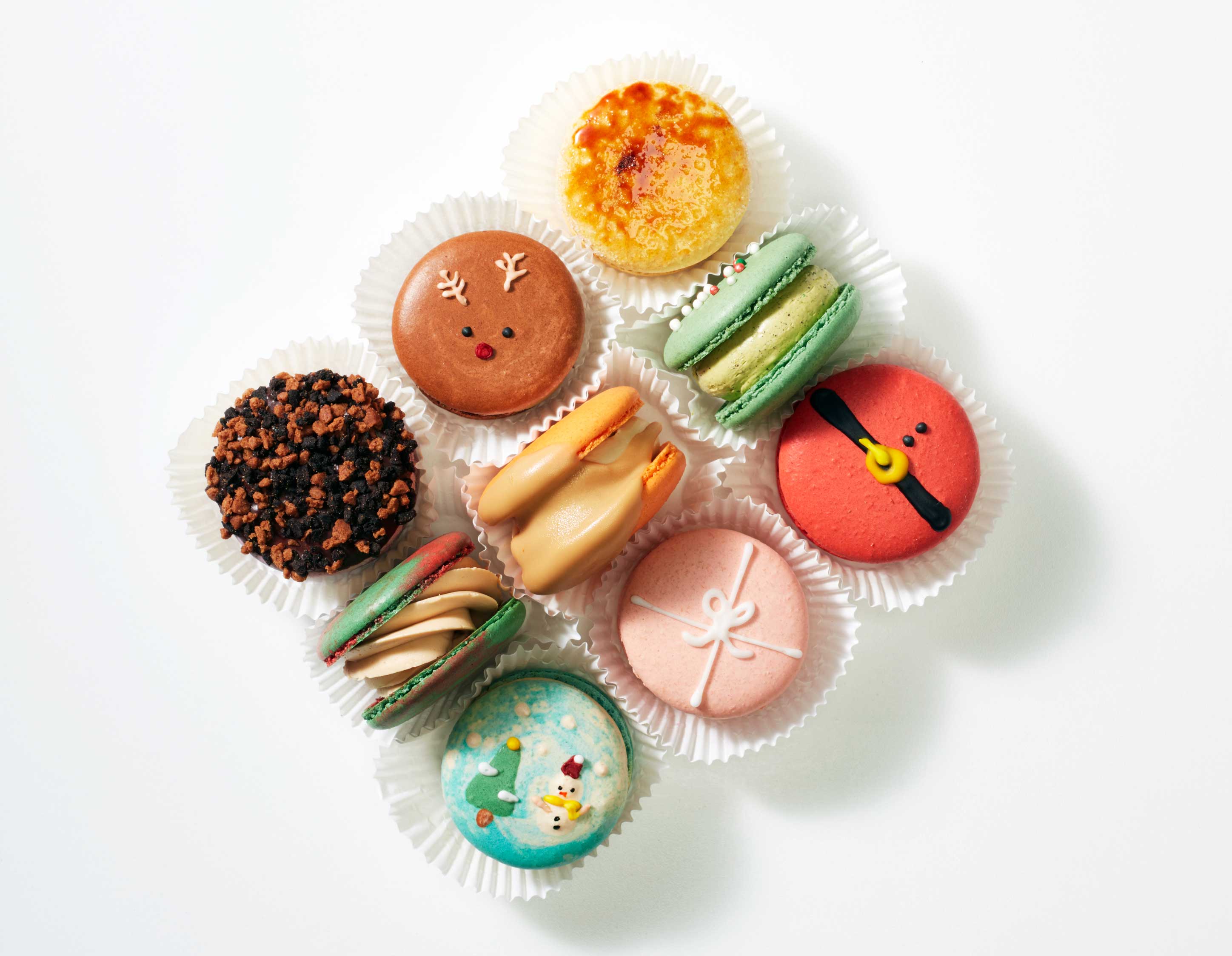 16 Rois Cream started as an Instagram-based biz before moving to the Junction last winter. Their roly-poly macarons are made with the traditional meringue-almond cookies but filled with twice—no, thrice—as much buttercream filling as their French counterparts, in always-changing flavours like matcha brownie, red velvet, Earl Grey and crème brûlée. And for the holidays, they come appropriately decked out. $21 for six. 382 Keele St., 416-546-3679, @roiscream 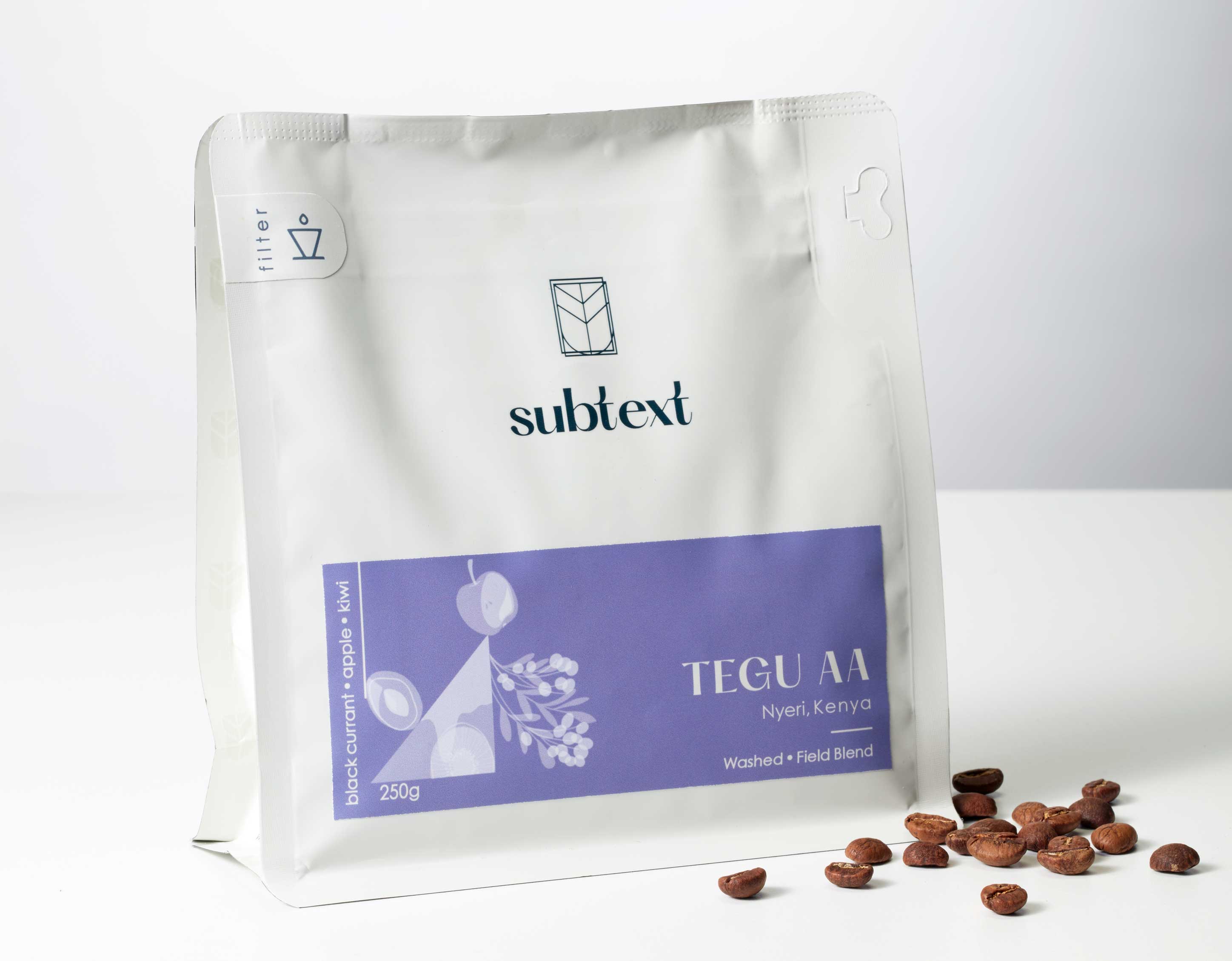 A bag of Toronto-roasted coffee beans

17 The Boxcar Social team—already versed in craft booze and coffee—started their new micro-roastery the moment Covid hit. The timing wasn’t ideal for in-person cupping sessions, but it didn’t hurt their bean subscription service. They feature coffee from other choice brands, but also their own, sourced from their favourite farmers and roasted on-site. $20. #104-130 Cawthra Ave., subtext.coffee 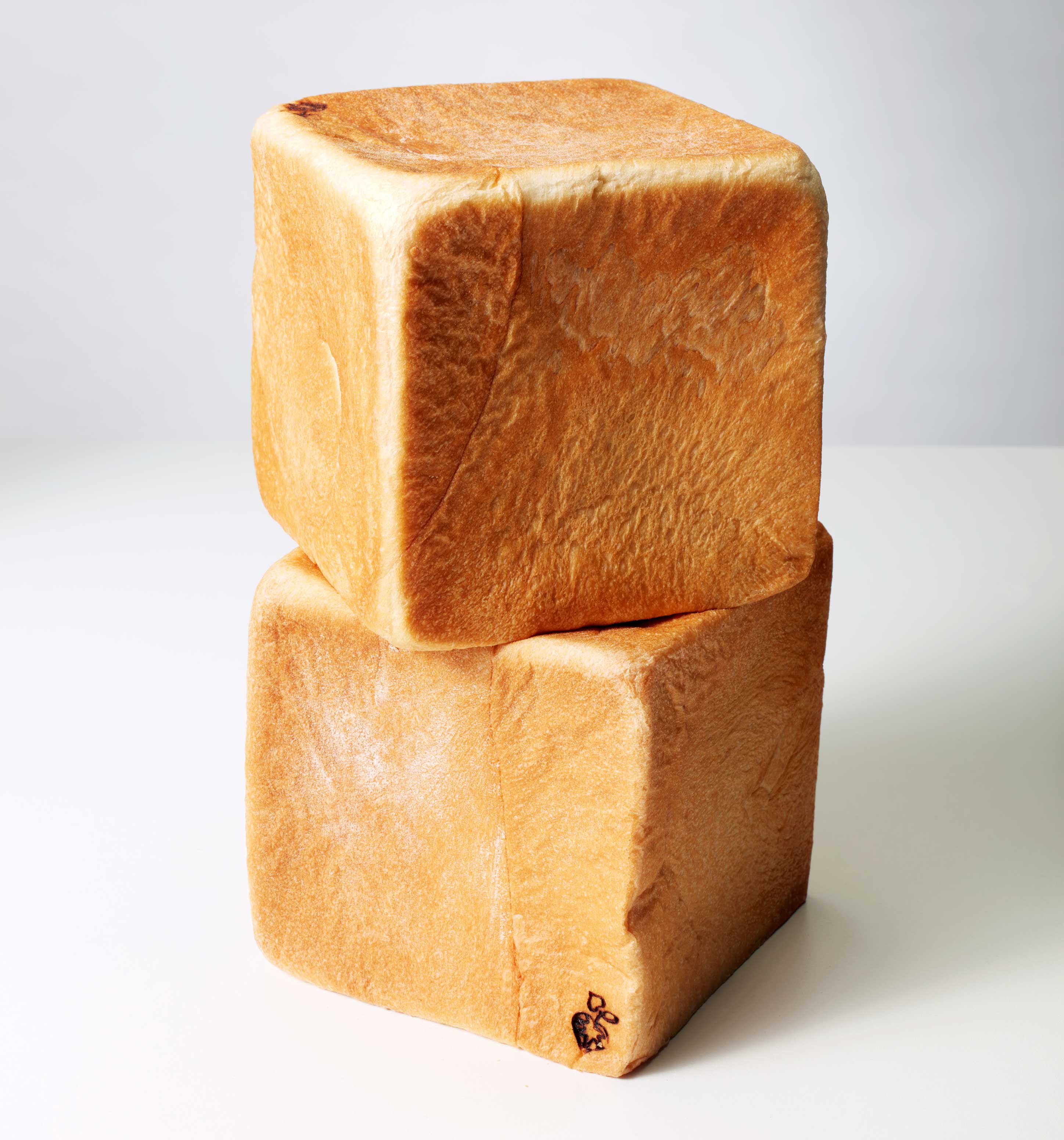 A loaf of shokupan

18 These are not the crusty sourdough loaves that every would-be bread snob has been perfecting since the start of the pandemic. These perfectly square, undeniably adorable loaves are shokupan, a Japanese milk bread that chef Aoi Yoshida makes at Musoshin Ramen in Roncesvalles, using her own novel technique. Each one is tagged with a super-hot brand, and would make an extremely coveted gift: Yoshida only makes around a dozen loves per day. $6. 9 Boustead Ave., musoshin.com 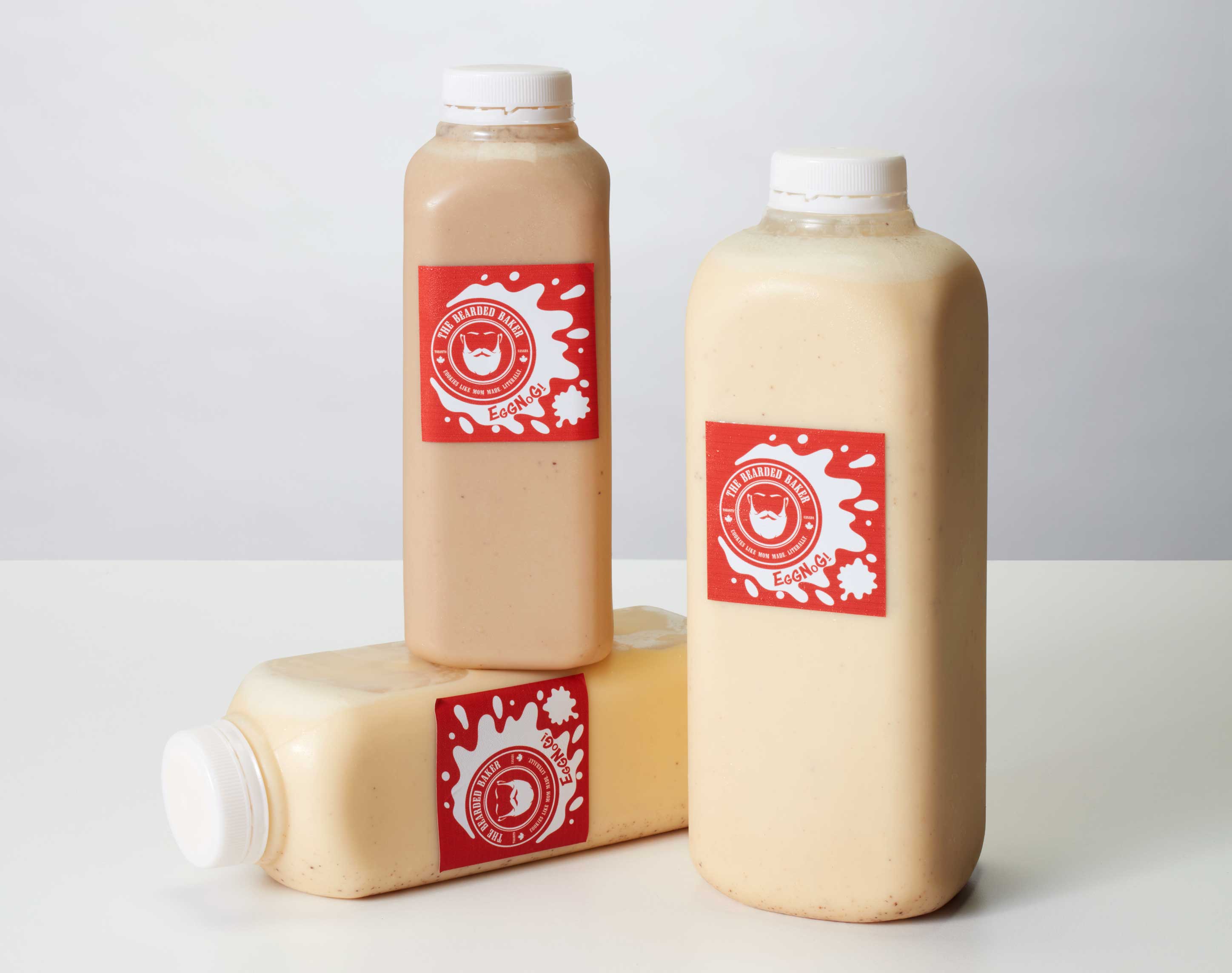 19 David Xamin (a.k.a. the Bearded Baker) found himself unemployed during Covid, so he started an online storefront selling cookies made using his mom’s recipe. Around this time of year, he also sells his version of the holiday season’s most divisive drink: eggnog. Grab a bottle, doctor a glass up with a shot of spiced rum and you’ve got yourself a tasty fireside sip. $8 for 500 mL, $13 for a litre. Thebeardedbaker.ca 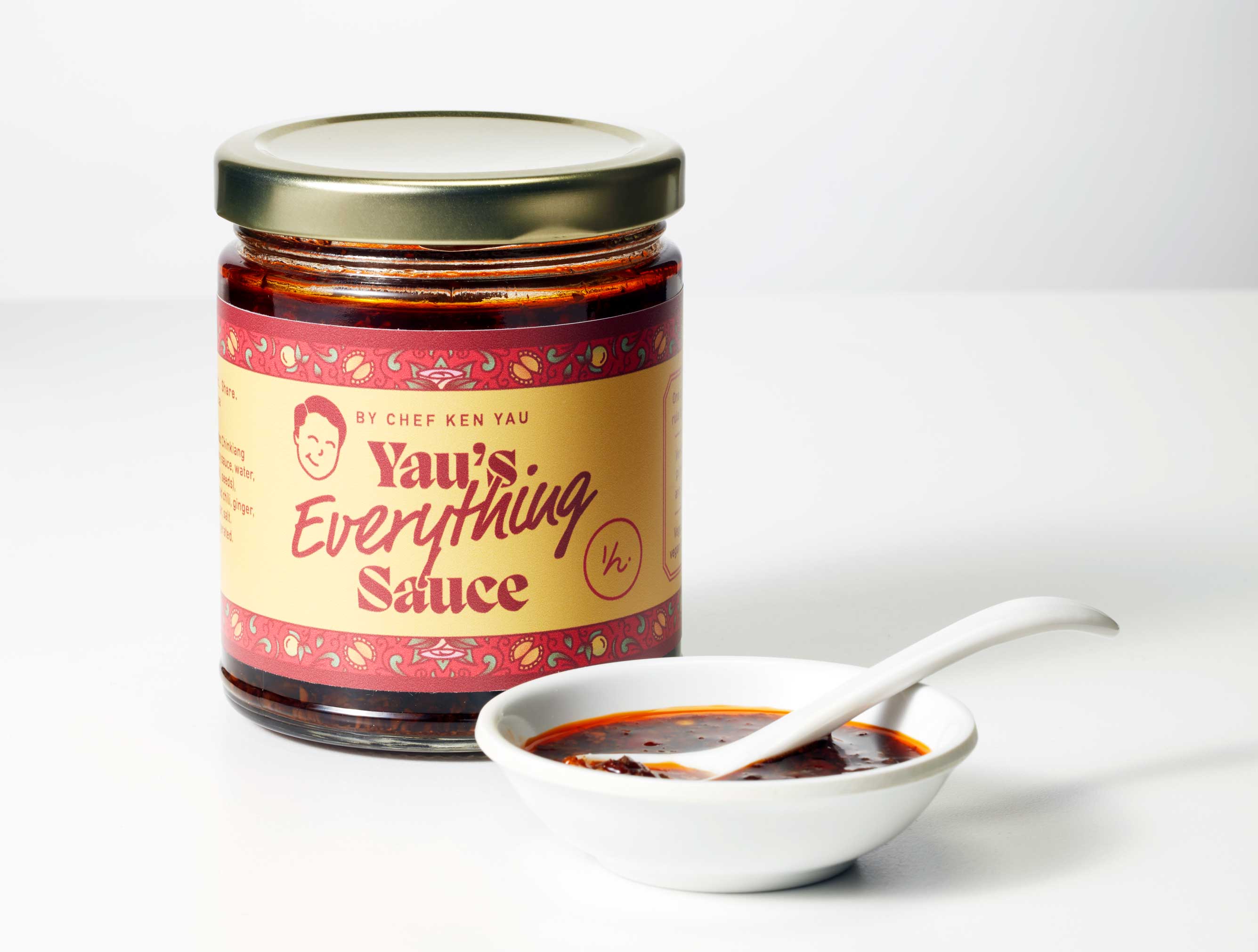 A jar of sauce you can put on anything

20 For chef Ken Yau, the pandemic meant pivoting to a (now-thriving) frozen dumpling delivery business.But what is a stuffed wonton without a good dipping sauce? That’s why Yau developed his own Everything Sauce, a jack-of-all-trades condiment that’s perfect for those signature pork-and-chive or mapo tofu dumplings, or just about anything else that could use a bold, pungent kick. $7.50. Kmarket.ca