Between filming Carnival Eats and The Bachelor Canada, TV host Noah Cappe spent over 200 days on the road last year. This means, when he’s home in Toronto, Cappe spends most of his time relaxing with his wife, Keri West, and his friends and family—not cooking. “We’ve used our oven five times at the most since we moved in—two years ago,” says West. The couple, though, are known for their epic parties. (Cappe has seven siblings, so even intimate family gatherings are pretty big affairs.) They’re about to begin a massive reno on the first floor of their 100-year-old Christie Pits home. They’re adding a sunken living room to the back of the house, with a private theatre underneath. “The kitchen will be at the centre of everything, the heartbeat of the house,” says Cappe. 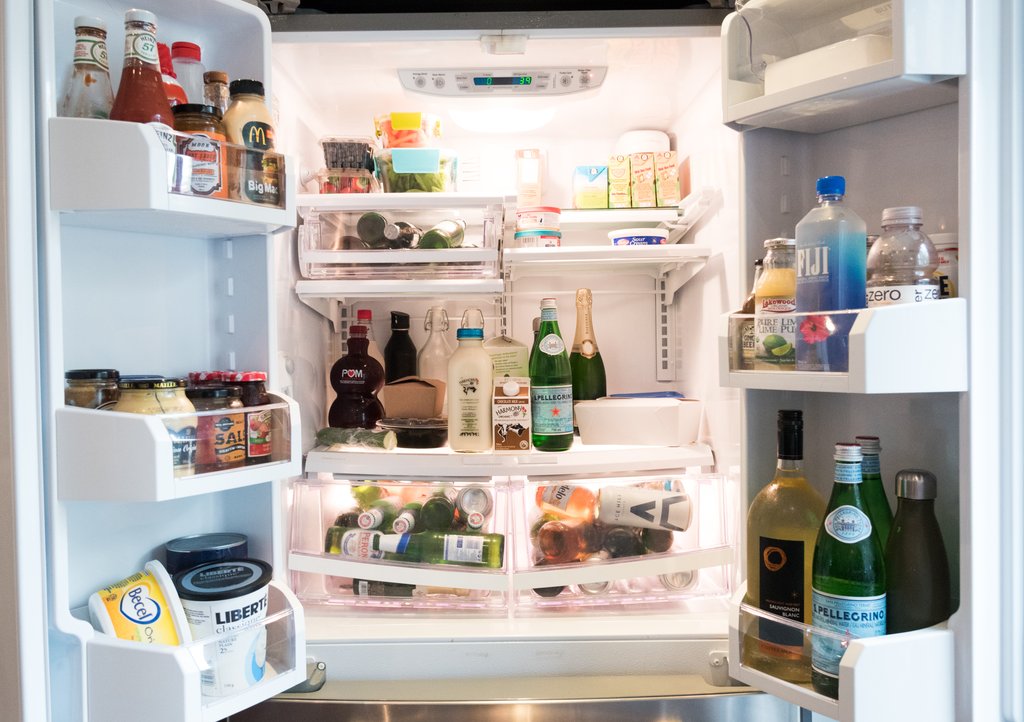 Since neither Cappe nor West are big on cooking, their grocery list is curt: bread (bagels, English muffins, baguettes, toast) and Harmony milk. “Bread is my weakness,” says Cappe. “And chocolate milk, my medicine.” When pressed about what she likes to make for herself at home, West asks, “Does that include UberEats?” She’s actually been on a recent smoothie kick, which is why the fridge currently holds some uncharacteristic produce. 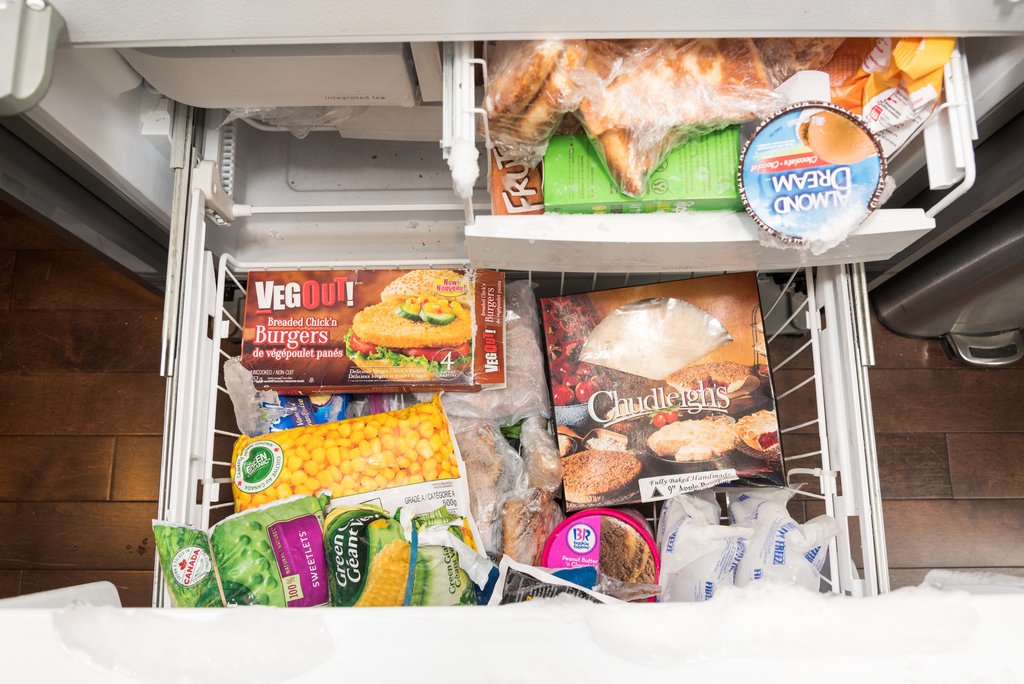 The duo dines out a lot. Neighbourhood favourites include Vinny’s Panini and Universal Grill, which is one of the few places Cappe will order ribs. “I try not to eat a lot of red meat off camera, because for Carnival Eats I eat so much meat—mostly in bacon form,” says Cappe. West’s a vegetarian, so she loves spots like Planta and the Hogtown Vegan. When Cappe’s only in town for a short stint, the couple will go out for breakfast, too, often to One Restaurant for chef Darby Piquette’s eggs Benny.

Cappe likes bubbles but barely drinks hard booze, so this bar cart stock all for guests—note the plastic seal on many of the bottles:

“Half of what’s in here are knives—you don’t want to reach in blindly,” says Cappe, who hasn’t used most of these kitchen gadgets. He does love his wooden salad tossers though. “I’ll scoop mashed potatoes with them if it gives me a chance to use them,” he says.

Cappe’s love of bread products extends beyond the Erin Rothstein toast painting that hangs above the sink. Cappe even has a bedside toaster (a Christmas gift from his wife). According to West, there haven’t been any big accidents yet—just a lot of crumbs in the sheets:

Where do you store your records?

He first spied the Biem Butter Sprayer on KickStarter—you slot in a stick of butter and in a matter of seconds, the device melts it so that you can spray butter on whatever your heart desires. Cappe ponied up the cash to get an early prototype:

Cappe has a small plate collection:

Every year Cappe and West host a National Lampoon’s Christmas Vacation–themed party. Guests get seriously into it. Costumes from previous years have included such obscure references as the squirrel in the Christmas tree:

Their cat has the best name: Dr. Peter Venkman

Here’s the whole family. And FYI, the new season of The Bachelor premieres on Wednesday, October 11: