On Tuesday, local distiller Spirit of York announced it would be using its Distillery District facility to produce hand sanitizer—a commodity that has been in short supply since Covid-19 concerns kicked into high gear. We spoke with CEO Gerry Guitor about his decision to switch up production, the logistics involved and if Torontonians will still be able to stock up on Spirit of York’s gin and vodka.

Walk me through the thought process behind making this major decision
One of our key values at Spirit of York is community—we give back 10 per cent of our profits annually already—so, when the crisis hit, we started brainstorming ways we could help. We came up with the idea to make hand sanitizer about two weeks ago. We were seeing people trying to gouge consumers on the product, which appalled us.

Are you working with local authorities to make sure the product is up to spec?
The WHO has specific guidelines. It’s actually not that complicated a process: it’s made of ethanol, glycerin and three per cent hydrogen peroxide. The WHO supplied a specific formula, and we followed it exactly.

How easy or difficult is it to go from distilling booze to making sanitizer in your facility?
It’s relatively easy, since ethanol is the primary ingredient, and is also one of the first steps you take before making booze. Instead of taking the ethanol and proofing it down to be used for vodka or gin, we just moved that liquid toward the creation of sanitizers. The challenge was to create a product that could be applied to the skin. It took our team four days to figure that part out.

What structural changes did you have to make before switching gears?
We had to bring in some special aluminum bins, where we add and mix the product. We had to make sure the product was separated from normal production processes.

So you’re still going to be producing and selling your vodka and gin?
Yes. We will have a takeout window of sorts out front. Obviously our tasting room is closed, but people can buy the spirits and sanitizer from the window.

When will the sanitizer be available to the public?
It will be available on March 19. Until we figure out logistics, the sanitizer will only be available at our distillery, but we are going to work hard to see if we can get this product to the people who need it. Ideally, if there’s someone who can help us distribute it, that would be great. The first step was to make sure we had a product that met specifications. Now it’s about how we move that product.

Have you faced any production challenges?
The biggest challenge for us has been locating the three per cent hydrogen peroxide. Right now we’ve been finding it at Walmart and chemical suppliers, but we need massive quantities.

We’re assuming this is a temporary situation, yes?
We plan on doing it as long as the market needs it. This is not our core business, it’s just our way of helping.

What impact are you hoping it will have on the community?
During times of crisis there are always those who take advantage for personal gain. We are trying to go the other way, and send a message that even though we are a small distillery, we are prepared to do what it takes to help the community. As long as we can make enough money to keep the lights on, anything extra we make we want to give back. Hopefully it will have a ripple effect. Forget gouging or hoarding—what can you do to help your neighbours?

How much will the sanitizer cost?
We are approaching the sanitizer in two ways: first, we are going to sell it at cost plus 50 cents, which works out to $2.95 for a 140-mL bottle, with all proceeds donated to the food bank. Second, if people can’t afford it, we will just give it to them for free. We are also working with the LCBO on selling our vodka and gin at a reduced price. We sell a premium product at $49.95, but it’s going to drop to $39.95. Also, we will donate $1 from every bottle sold at the distillery to the food bank, and we’re trying to see if the LCBO will do the same.

Would you describe it as artisanal sanitizer?
I think that would be a bit of a stretch, although it is small-batch and we did create it! But it is very functional: it’s about safety and making sure your hands are clean, not to make you smell good. 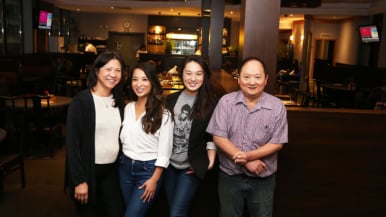 “We will not be able to bounce back if we have to shut down”: How one Chinese restaurant is coping with coronavirus 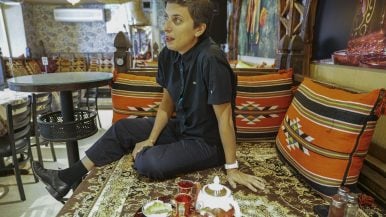