The restaurant business can be a brutal one in the best of times. In the worst of times, it’s particularly susceptible to diners prioritizing social distance over sitting down for a meal, and the punishing effects can be felt particularly swiftly. Some Toronto restaurants have already made the decision to voluntarily close rather than put staff and diners at risk of exposure, with more sure to follow. Here’s what five Toronto restaurateurs were seeing, and feeling, as the reality of the pandemic began to take hold.

“As an Iranian restaurant, we are being dinged dramatically, as Iran is one of the epicentres of the virus right now. My landlord said I should take ‘Iranian’ out of the restaurant name and change it to ‘Persian.’ The cancellations we experienced this week were very dramatic. This week alone we had 93 cancellations, which is unprecedented for us, and it has been crippling. With Iranian New Year coming up, normally we would have waiting lists by now, but we don’t have a single reservation.

“That said, we have seen an increase in takeout orders over the weekend, and we’ve also sold six gift certificates, which isn’t normal—we normally sell two or three in a month. That’s definitely helped—purchasing gift cards to support independent restaurants is a great idea. I see some other places closing, but we just can’t afford to do that.”

“Restaurant traffic is much slower, and foot traffic on our street is very quiet. We’re close to the hospitals, U of T and Chinatown, so I’m sure that all plays a factor. Universities are now closed, and people are too paranoid to go near Chinatown or the hospitals. We’ve been getting a little more takeout business, but I don’t think it’s accurate to count that, as we just started takeout service. We’re a small restaurant and we’re making sure our staff are constantly washing their hands, and that all food handled and other things people touch are being wiped down with sanitizer.

“This week, a Chinese lady walked in wearing a mask. We had a couple tables of customers at that time, and as she walked past them, our staff could hear them making comments like ‘Do you think she has corona?’ and ‘Maybe, we are close to Chinatown, after all.’ She then coughed, while still wearing her mask, and two tables got up and left right away.”

“Things have really slowed down since Thursday, around when the panic hit. Our reservations have dropped by about 50 per cent every single day we’ve been open, though locals have still been walking in, which has helped. We do offer gift certificates via email, and I’ve seen a spike in interest there. Anything that supplements our income right now is going to be helpful.

“We’re going to temporarily close on Monday, because I think there’s a social responsibility to do that. Obviously it’s going to hurt business, but it’s going to hurt a lot more if we don’t follow the guidelines public health is putting out—if we do our part, maybe we can all get back to normal life in a few weeks.

“We’re talking about only doing takeout in the meantime, since we still have bills and rent to pay, but our main concern is keeping our guests and employees safe. Even riding public transport to work can put our staff at risk. We haven’t decided quite what we’re going to do yet. But I truly think we live in one of the best cities in the world, and I’ve seen people be really positive and proactive—toilet paper rush aside.”

“We have noticed a 15 to 20 per cent dip in sales in the last two weeks. The main topic of conversation is Covid-19. When you are a small business, you notice it so much more than, say, a 150-seat restaurant. We are a 26-seat restaurant. On Thursday night, we only had 14 guests come in.

“This is a very serious topic. We don’t want to invoke fear in our guests or our staff, but we also want them to be aware that we are doing everything in our power to make them feel safe. We are doing everything that the WHO is advising us to do, like washing our hands more than usual and disinfecting all surfaces. We had the health inspector in the other day. Restaurants are not allowed to have hand sanitizer in use, as it gives you the option to not wash your hands, but they have now become more lenient in light of the virus and are allowing us to have it for the guests. The problem now is finding it in stores.”

“All of our pre-ordered catered events have been cancelled in March and going into April. As a result, we have lost close to $10,000 in business. Our orders from corporate catering apps have also almost decreased completely. Oddly, the Foodora and Uber orders have also decreased significantly. We assumed that they would rise, but so far they haven’t. For our public events, such as pop-ups, we have implemented a number of new policies, like only accepting card transactions, providing individually packaged condiments and placing hand sanitizer at our booth for guests to help themselves.

“I have personally been trying to do a lot of things to promote small businesses. Today, I drafted a letter to the government asking them to temporarily suspend income tax payments from independently owned businesses. We plan to post it to Facebook and create a petition to share with our local MP.” 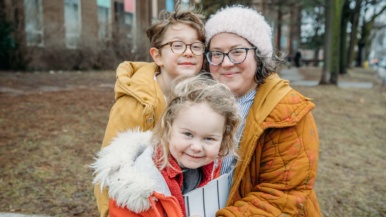 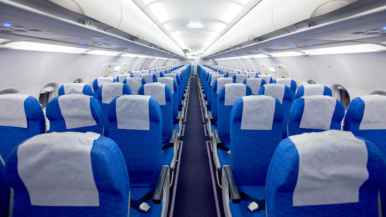 “It feels post-apocalyptic”: What it’s like to be a flight attendant during coronavirus 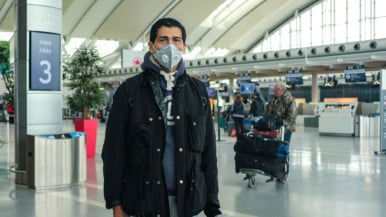