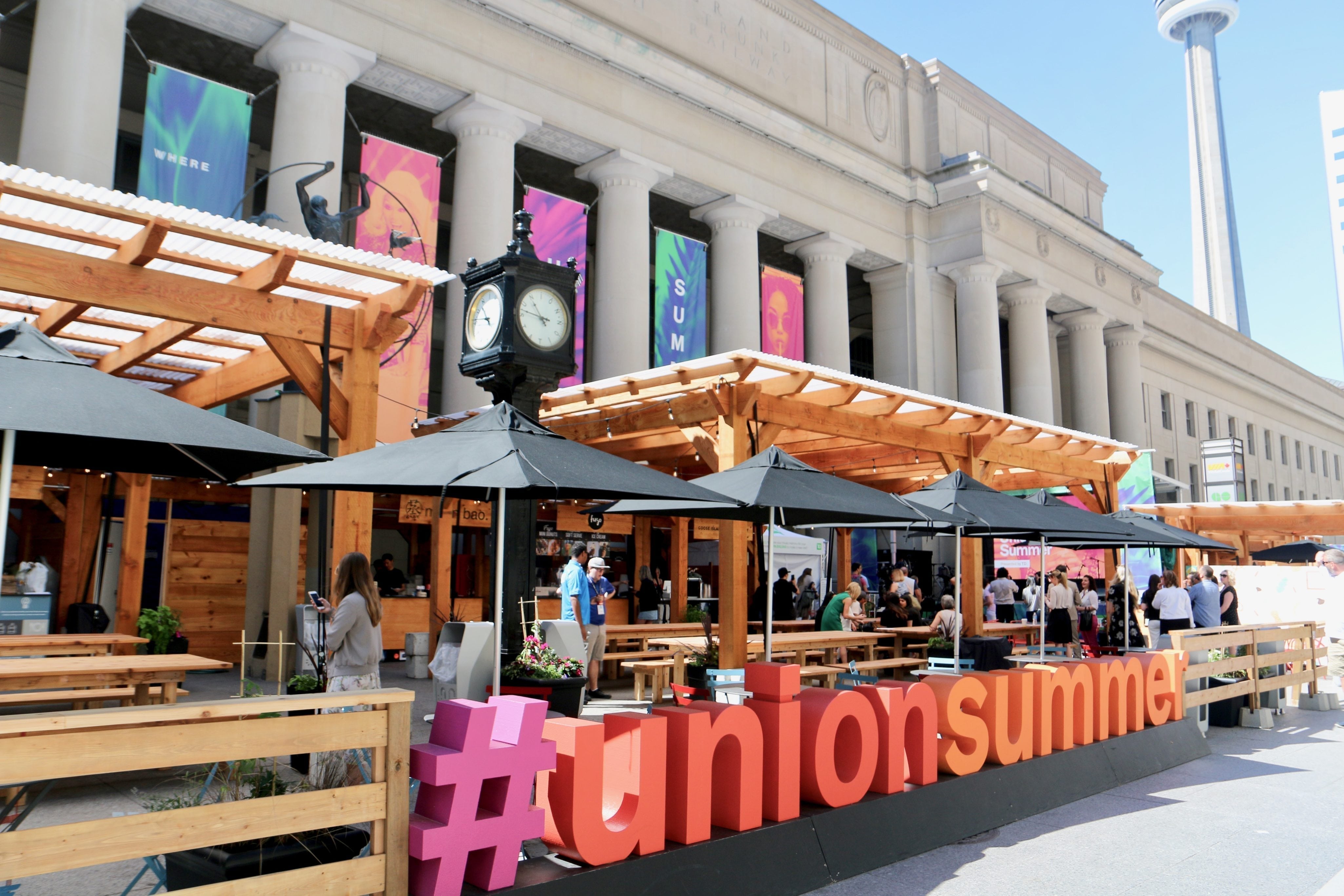 The Union Station Summer Market is back for its third season. The 10-vendor outdoor food hall will run daily, from 11 a.m. to 9 p.m., until August 19. We popped by on opening day to take a look at some of the goods.

King West’s popular sausage hall is serving up a condensed menu with pretzels, duck fat–fried fries and a selection of four sausages (bison, Oktoberfest, merguez and kaas) at their booth. The kaas ($9.75) is a lightly smoked pork sausage stuffed with parrano cheese. Here it’s topped with giardinera and melted raclette cheese. 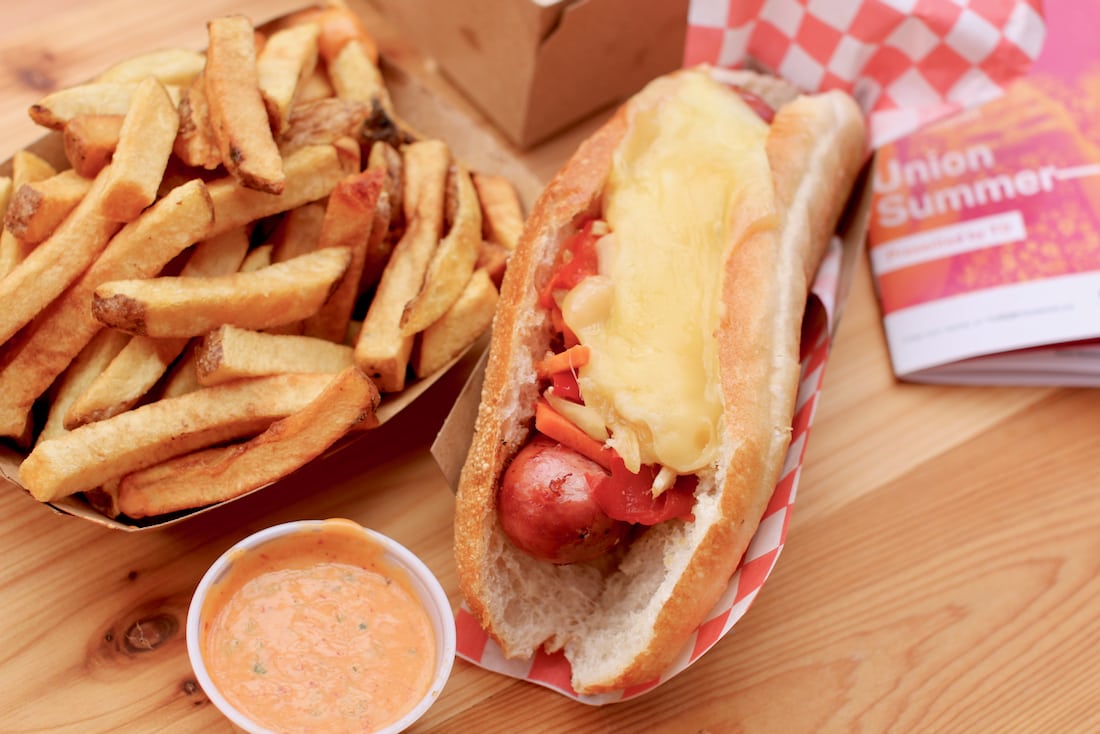 The poultry purveyors are selling three different sandwiches (two fried, one pulled) and a chicken gravy poutine. Here’s their OG Fried Chicken Sandwich ($13) made with deep-fried dark meat drizzled in maple honey and topped with coleslaw, banana peppers and pickles. 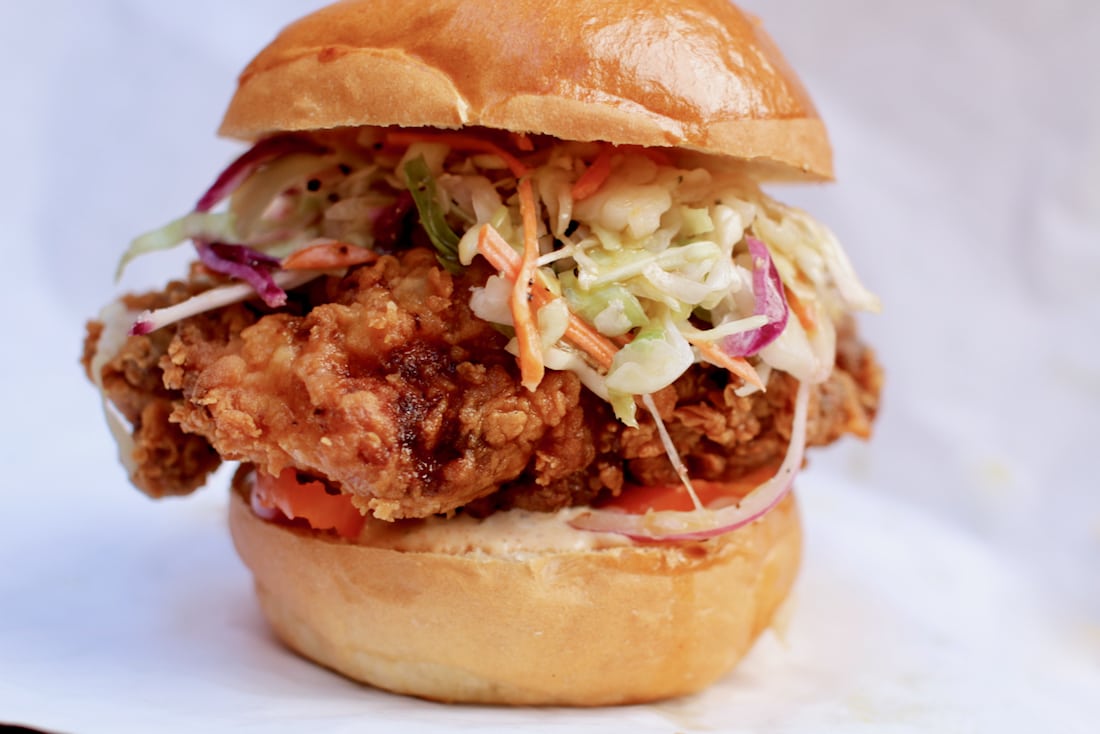 Union Station’s own Italian spot has a booth that offers a selection of Italian subs (meatball, eggplant parm, cold cut). They’re also one of the few stalls with salads on offer. Pictured here is their Italian Hoagie ($13) stuffed with sopressata, mortadella, iceberg lettuce, pecorino cheese, tomatoes and sweet Genoa salami. 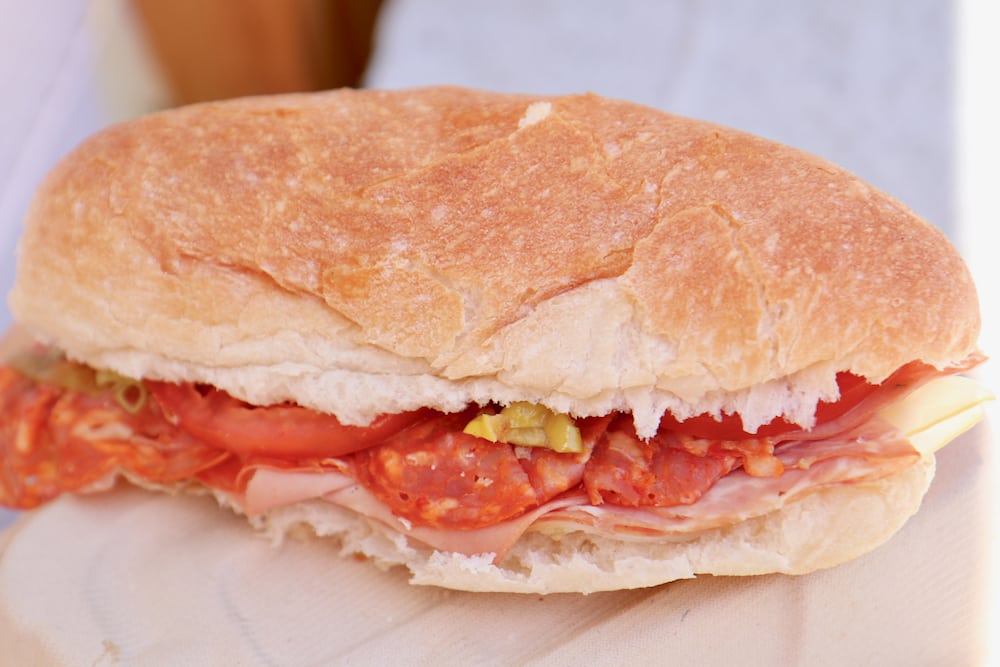 Many of the Carbon Bar plates take hours to make, but only minutes to serve. The pork shoulder in the cubano is smoked low and slow for 10 hours, an this turkey leg ($12) is marinated for 16 hours in a house brine before being finished in the smoker. Sides include corn topped with cotija cheese, country potato salad and coleslaw. 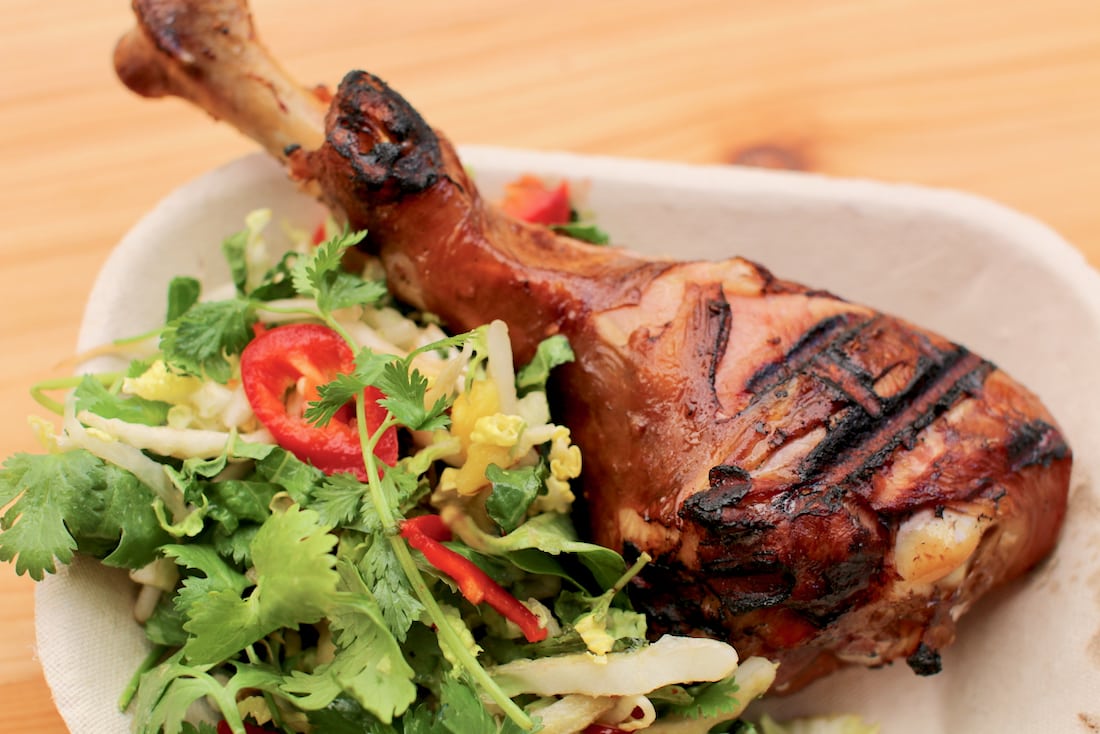 Parkdale’s darling diner is flipping four different burgers at its booth. Three are the classics: Plain Jane, Double Plain Jane and a Bacon Jane (so, a bacon cheeseburger). Pictured here is the Green Burger ($11.50) made with kicky green chorizo and topped with melted cheese, spicy pickled onions and a tomatillo relish. 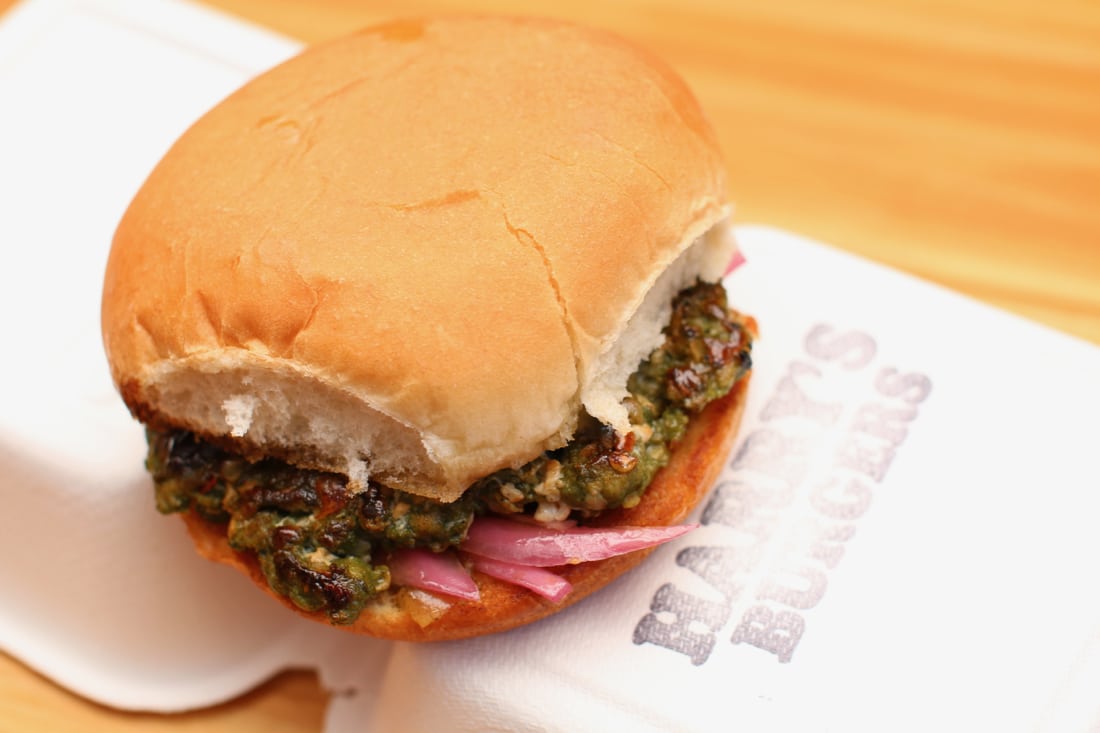 This is the only stall at the market where you’ll find Ting, which goes perfectly with this jerk chicken sandwich ($11) made on a cocobun and topped with coleslaw, tomatoes and onions. Sides include jerk wings, plantain chips (fried to order) and potato wedges. 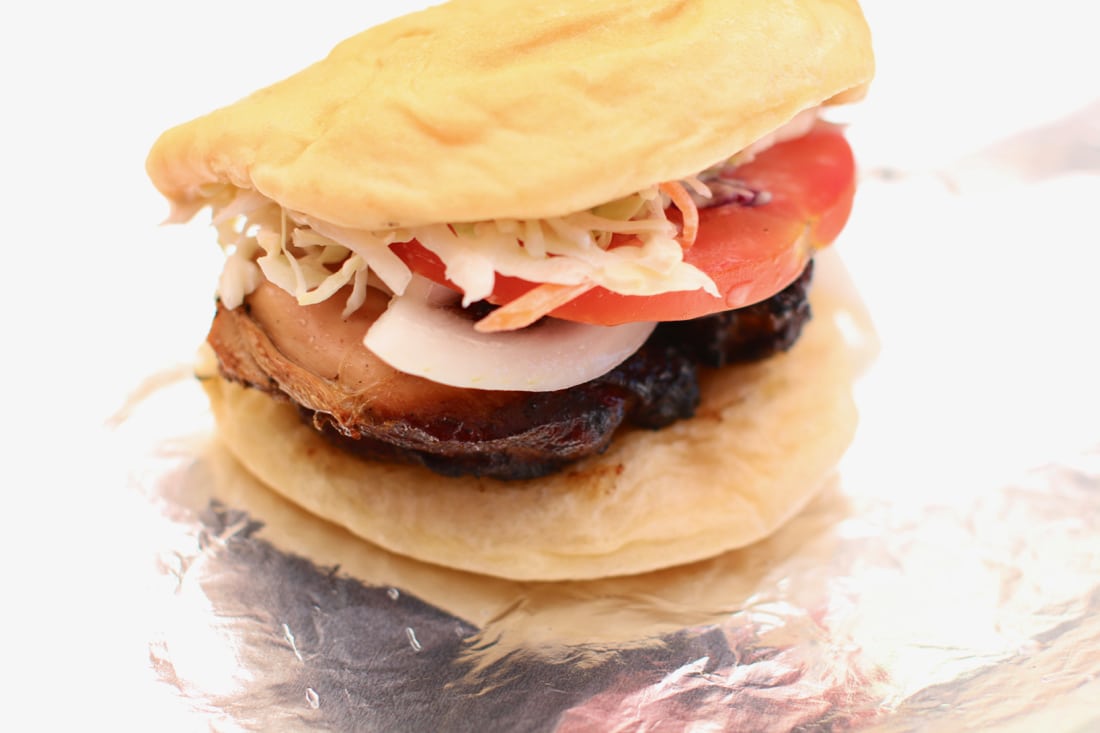 This booth is all about fun between steamed buns, offering a selection of meaty and vegetarian bao. This is their pork belly bao ($5.15) topped with hoisin, scallions and cucumbers. 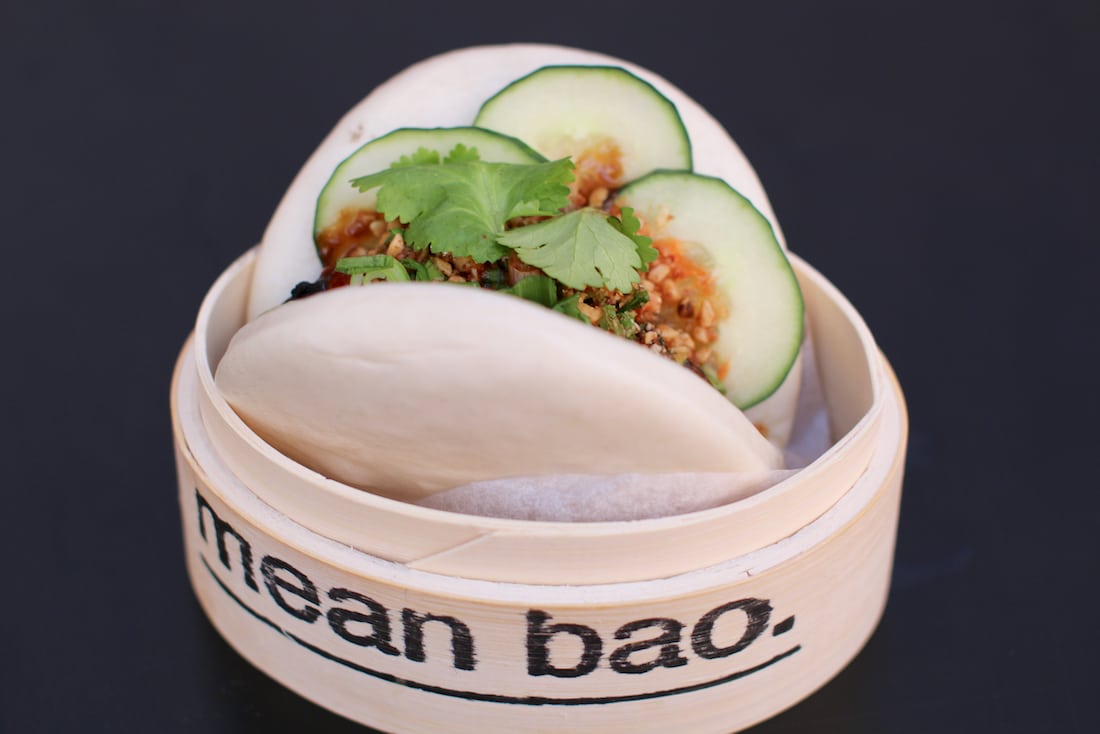 This Junction-based kitchen is making plant-filled plates that incorporate as many Ontario-sourced ingredients as possible. This veggie burger ($15) swaps out a bun for portobello caps, and the patty is made from a mix of cauliflower, white bean and kale. The pesto subs Ontario walnuts for pine nuts, and the salad features almost all locally grown produce. 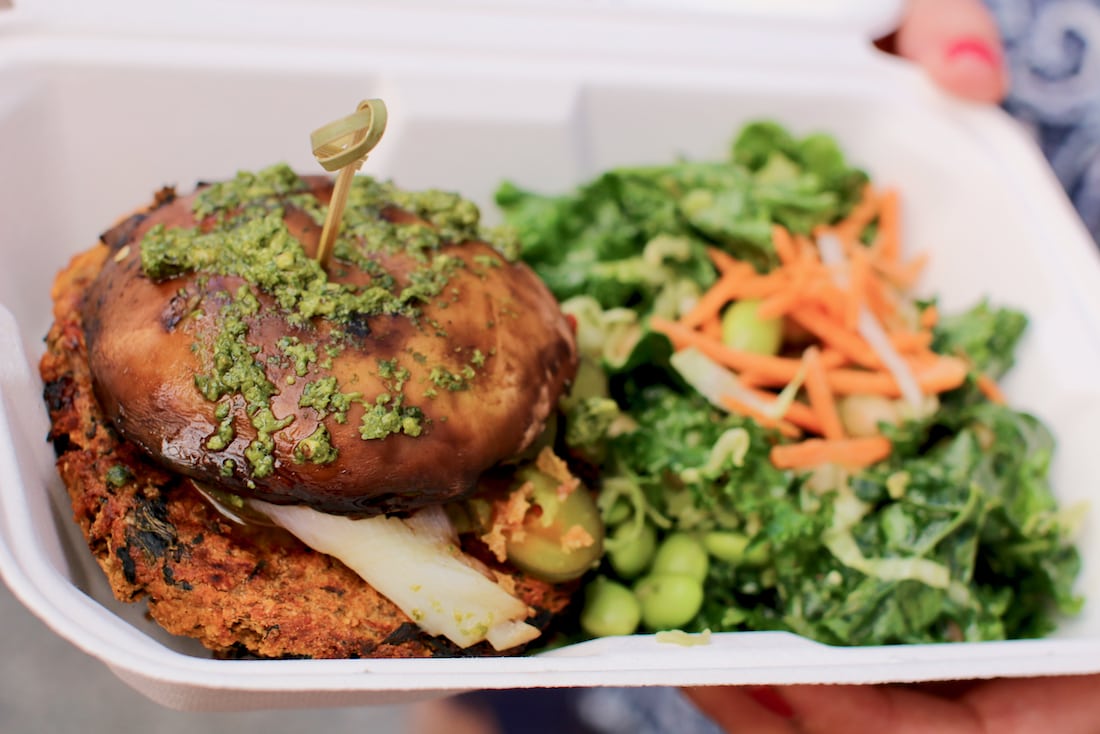 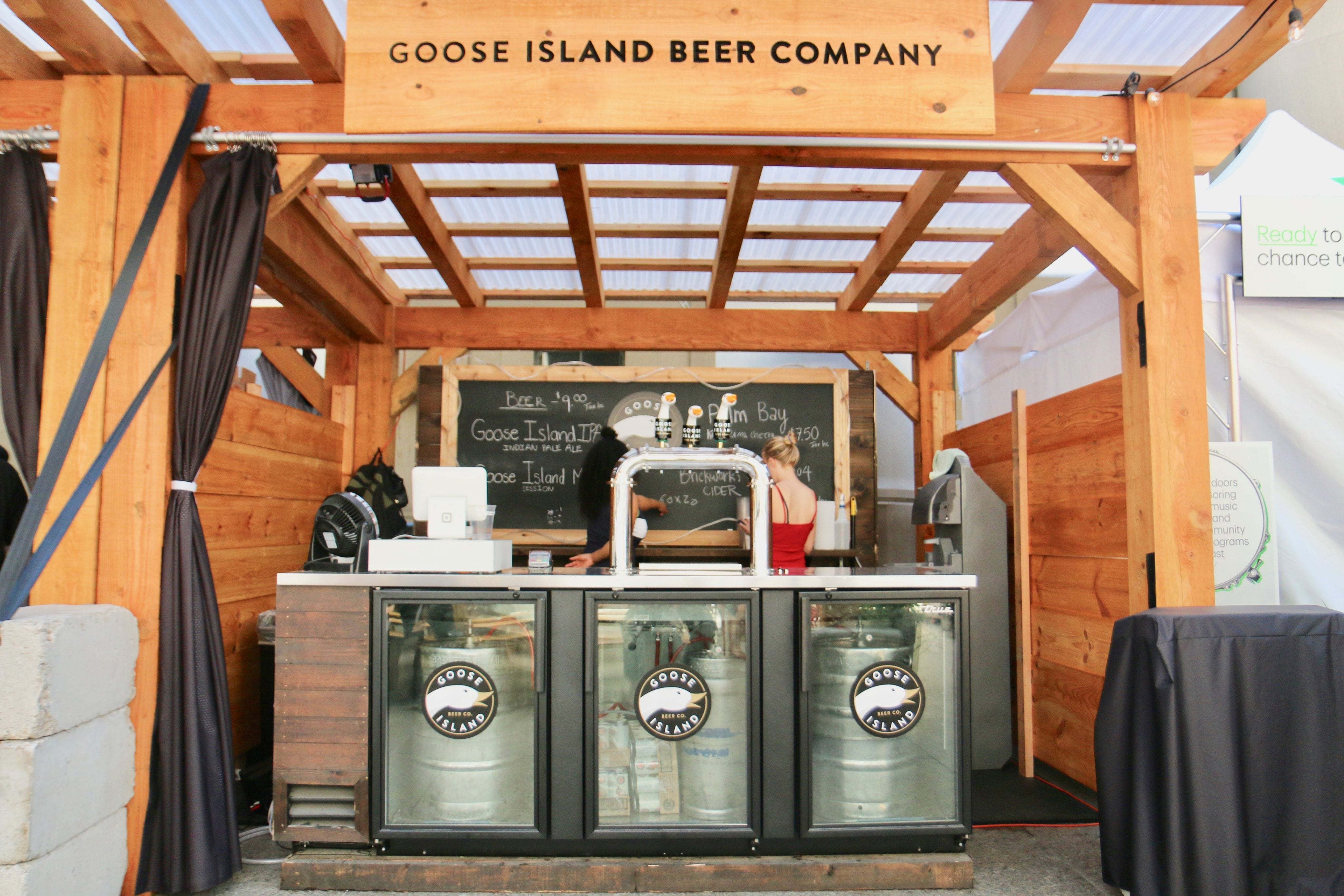 Toronto’s first banana stand takes frozen bananas, dips them in chocolate, then covers them in cheerful toppings like sprinkles, coconut, salted caramel and pretzels. $7 each. 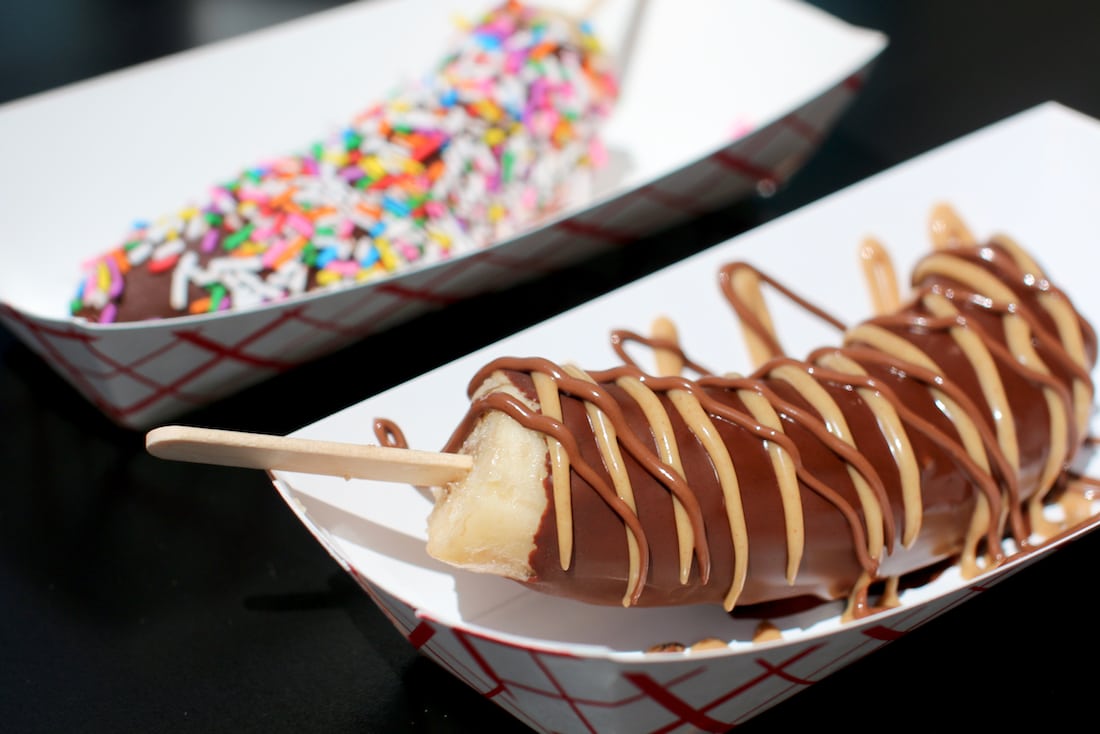 This dessert stand’s take on a Dole Whip, the Tropical Paradise, is made with vegan mango-pineapple soft serve topped with mango nectar ($7.25). The refreshing cup’s then garnished with a Homer doughnut. 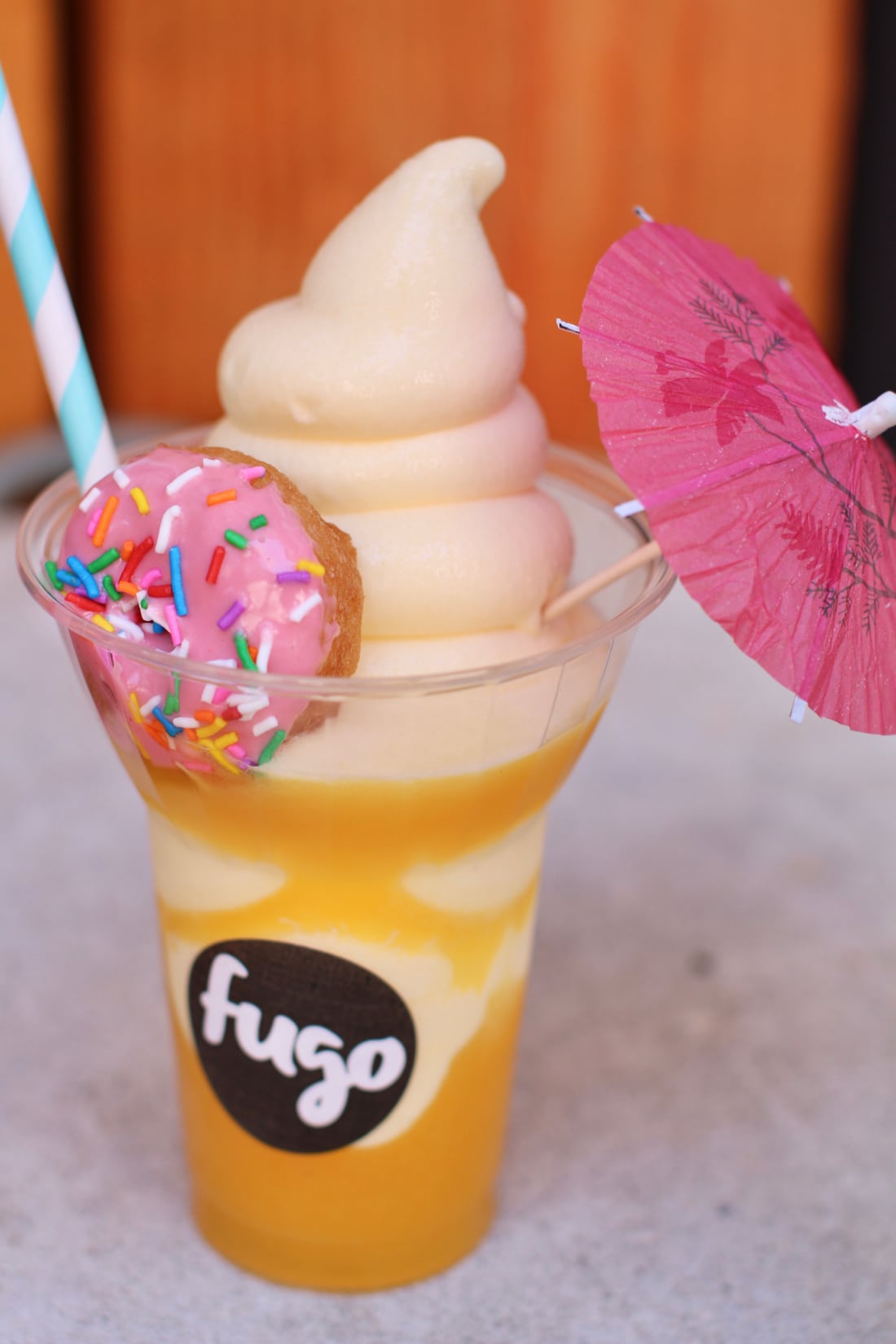 Fugo does doughnuts, too. Here’s a six-pack of their mini doughnuts ($5.50) including their Homer, Boston cream, apple pie, maple walnut, coconut bounty and cookies and cream. 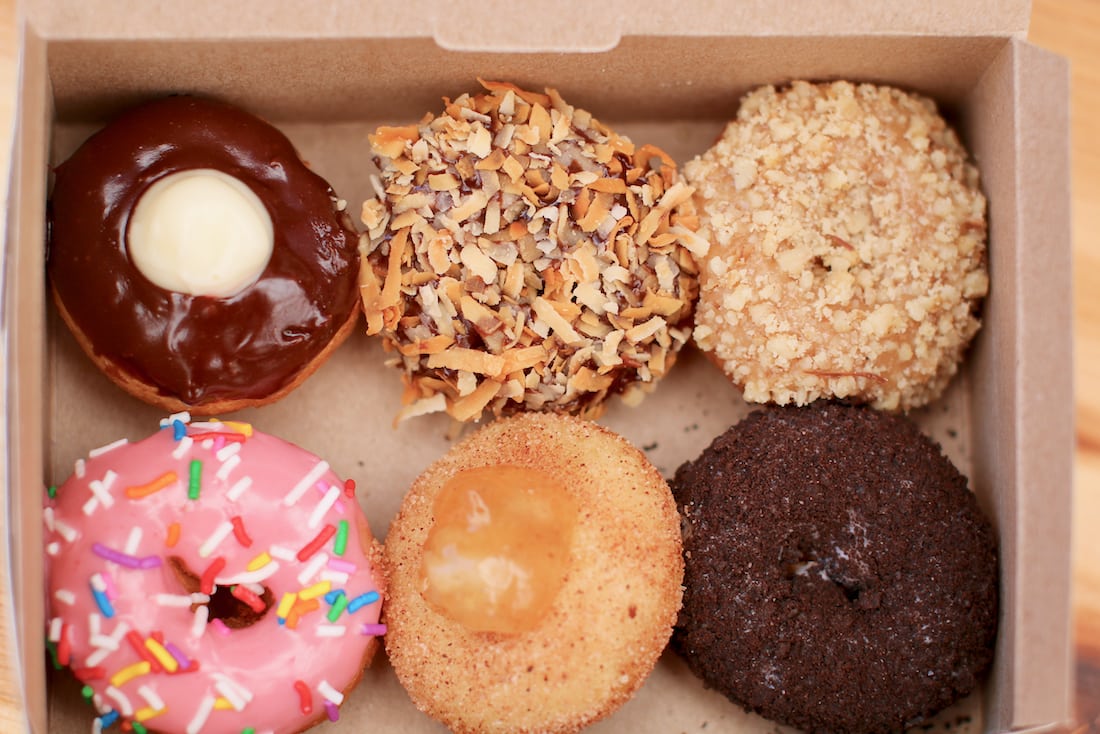 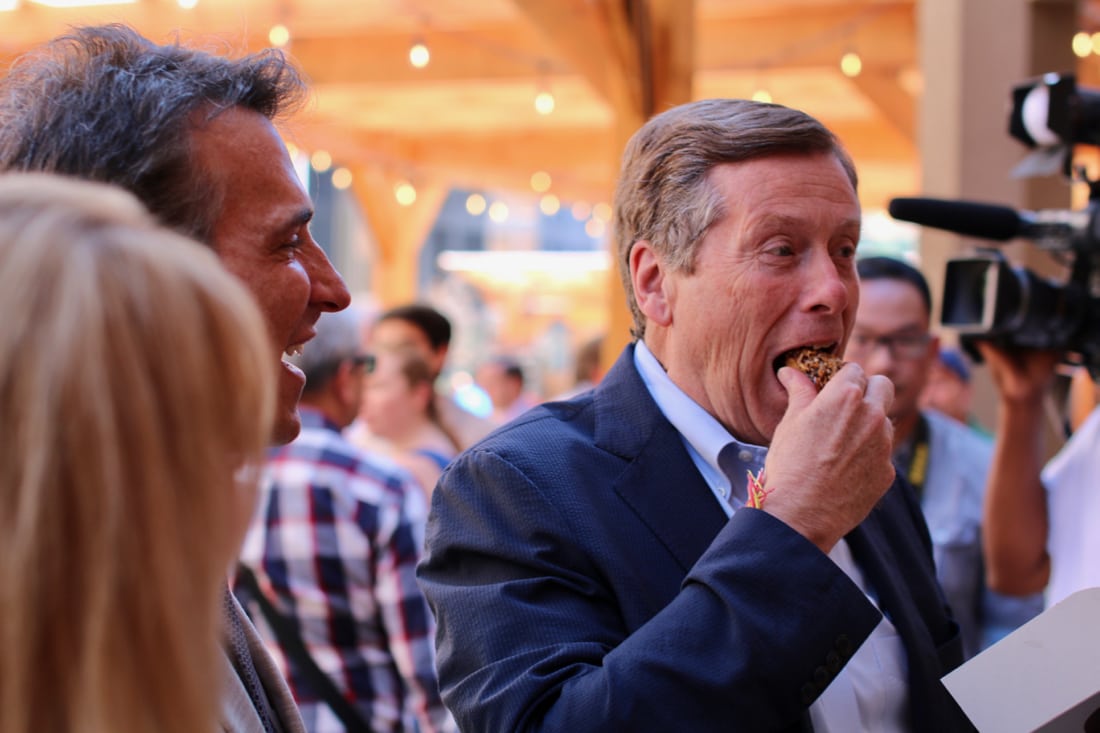