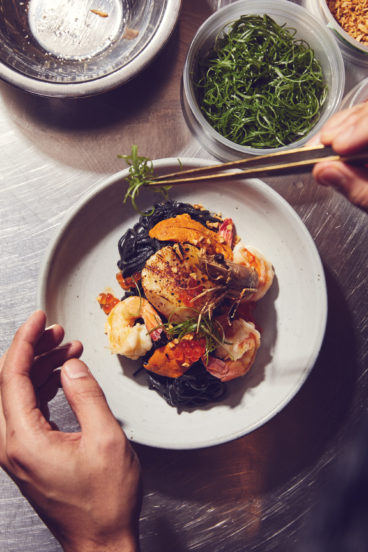 A Filipino Bistro Sprouts in Rosedale

It’s called Mineral, and the 7Up pork and squid-ink pancit are sensational

For the same reasons that drinking pop isn’t good for your insides, it works miracles in marinades, especially for barbecue. And while there’s now no shortage in Toronto of Southern U.S. ribs and brisket and all the fixings, none of it quite compares to Daniel Cancino’s Filipino pork neck. He marinates the meat for 12 hours in five-spice, garlic, a heap of fresh ginger and—the magic ingredient—a bottle of 7UP. It gets slow-cooked overnight, followed by a sugar-charring finish on a charcoal grill. Fold a few slices into a lettuce wrap with some quick-pickled carrot coins, green papaya slices and a dab of kalamansi- and sambal-zipped mayo, and you’ve achieved peak barbecue.

It’s one of many excuses to visit Mineral, Cancino’s perfectly polished and handsomely outfitted spot in the base of a new Rosedale build. His rise through restaurants tracks with the growing popularity of Filipino food in Toronto. Born in Hong Kong, he grew up in Manila, moved with his family to Canada when he was 10, graduated from George Brown’s culinary program in 2009 and held junior positions in the globe-trotting kitchens of Pangaea, Union and Hudson Kitchen before taking over as chef at the well-regarded Lamesa on Queen West (the first trendy Filipino restaurant to open in Toronto) plus Lamesa spinoff Lasa.

Mineral owners Bruce Ly (Voodoo Child, Neo Coffee Bar) and Greg Toskan-Robbins originally imagined a coffee shop with some food service, but changed tack when they partnered with Cancino (who’d left Lamesa and Lasa). Places like Bar Buca and Bar Raval have already proven that it’s possible for a restaurant to evolve throughout the day, from café to lunch spot to high-end dinner spot to cocktail bar. Why not try it out here, in the rapidly intensifying midtown? 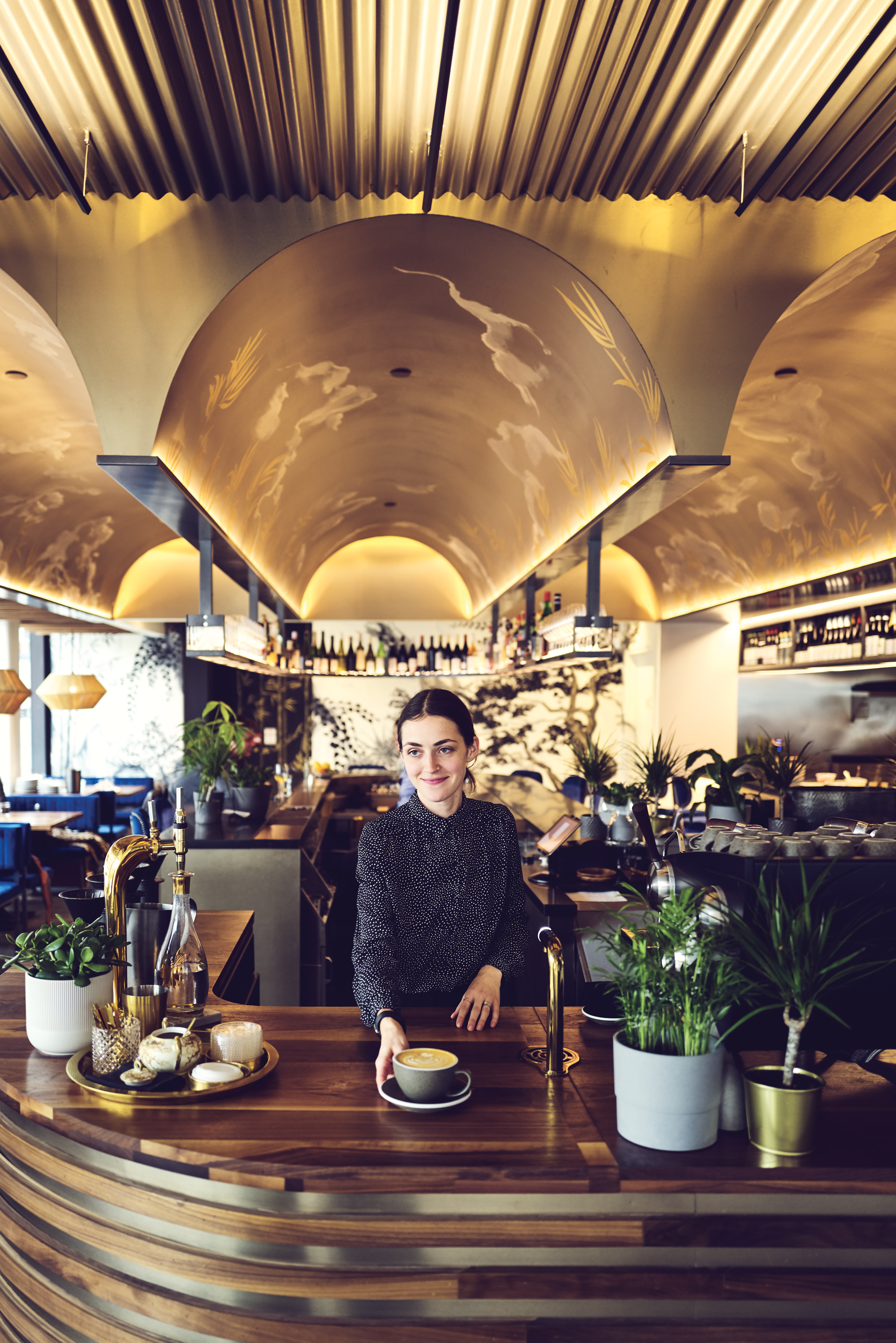 From the break of dawn, for the passing parade of office workers, the staff pull espresso drinks and bag to-go pastries. The airy, square room (a benefit of a new-condo footprint among long and narrow downtown restaurants) is divided into a row of royal-blue booths with a view of Roxborough East, stools ringing an oval bar and a chef’s counter facing the open kitchen. (One complaint: there’s not enough legroom in front of those stools, some of which are bolted a few inches too close to the bar. Perhaps that’s intentional, forcing you to turn to your neighbour?) Lunch is a shorter version of the dinner menu, which is itself short and to the point, and every dish is a hit. As summer slipped into fall, Cancino introduced a variation on the traditional Filipino salad formula of fish and fruit, replacing cherry tomatoes with roasted baby beets alongside meaty, marinated anchovies and cured egg. I had it (twice!) with the barbecued pork, and am now convinced it should be a required part of everyone’s diet. 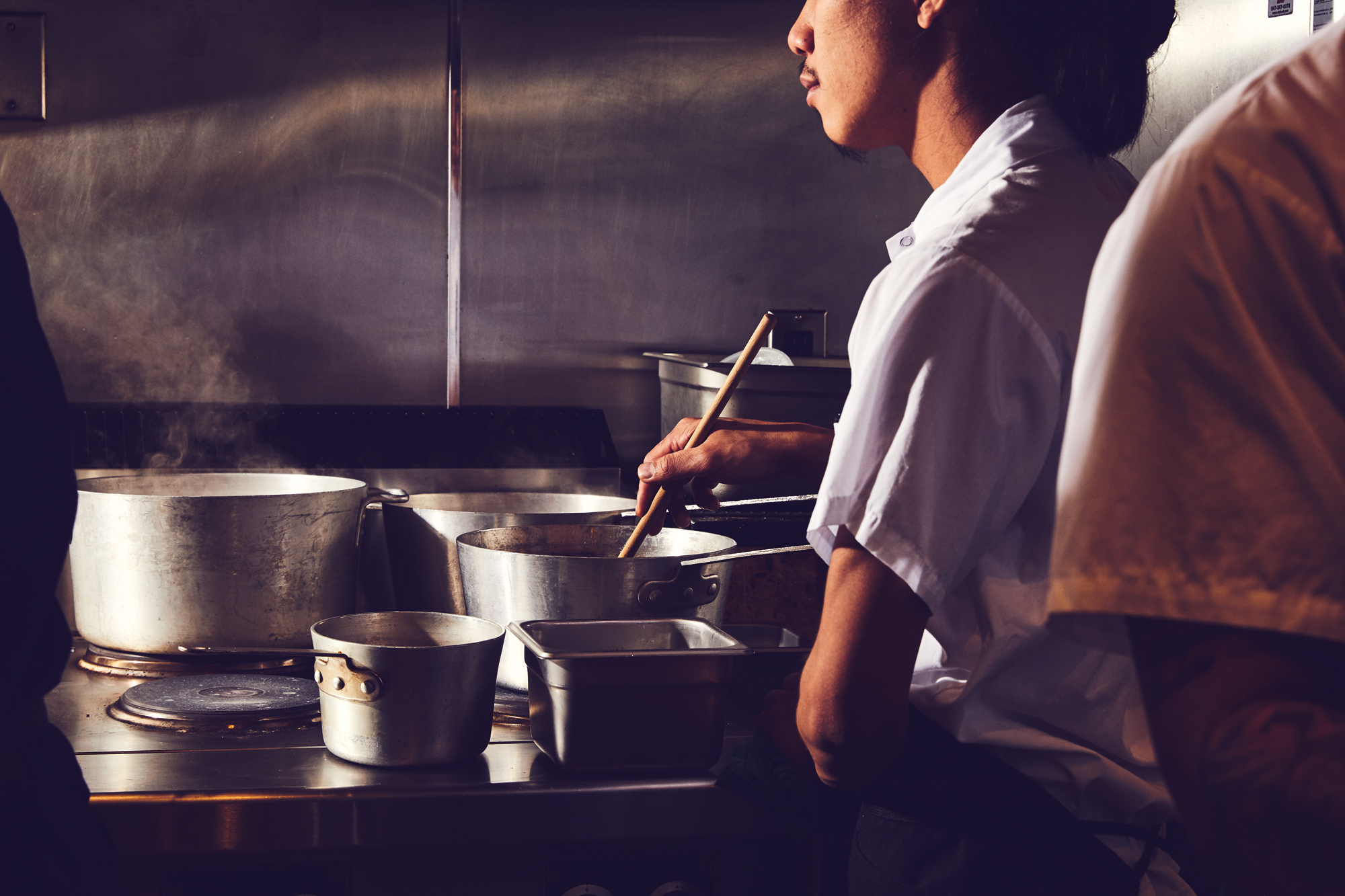 So should his play on agedashi tofu, in which a roasted potato broth is poured over silken tofu, charred corn niblets and twitching bonito shavings; his updated pancit of squid-ink noodles, scallops, a minerally lobe of sea urchin and a deep-fried whole spot prawn; and a bowl of confit duck, roasted peanuts, crab paste and garlicky steamed yu choy, each element revving up the intensity of flavours in a way few cooks can match.

There are also smart cocktails, a list of familiar low-intervention wines (which are now pretty much expected in independent restaurants) and a couple of desserts, usually a creamy flan with drops of charred miso and caramelized white chocolate mini-spheres, and, even more special, a pound cake baked in banana leaf and paired with a deliciously ingenious house-made brie ice cream.

But what haunts my dreams is the super-sweet crust on that 7UP pork. Not all minerals sparkle, but Rosedale’s newest restaurant is a real gem.