The return of TIFF, a Matty Matheson spectacular and five other things to see, hear and do in Toronto this week

The return of TIFF, a Matty Matheson spectacular and five other things to see, hear and do in Toronto this week

The glitzy film festival
1The city achieves peak Hollywood North status again this month, and if last year’s lineup is any indication, we’ll glimpse the 2019 Oscar contenders (A Star is Born, Roma and the furiously debated Green Book all premiered here). Under the direction of new TIFF co-boss Joana Vicente, half of the gala films are made by women, and for the first time ever, a Canadian film will open the festivities. Once Were Brothers documents the life of guitar legend Robbie Robertson, from learning to strum as a kid on the Six Nations reserve to founding the Band. And, of course, King West will sparkle brighter than a Cardi B jumpsuit as celebrities hit clubs and carpets. Miss B herself is expected to show up with J-Lo and Constance Wu, who play con-women strippers in Hustlers; all-time mensch Tom Hanks will likely appear for his turn as Mr. Rogers in A Beautiful Day in the Neighborhood; and Meryl Streep will add the TIFF Tribute Actor Award to her very crowded mantel. Thursday, September 5 to Sunday, September 15. $19–$83. Various locations.

A Matty Matheson spectacular
2Back in the day, Matty Fest was what Toronto’s most outrageous chef called his weekend-long birthday bender. This Saturday, he’s upping the anti from cake and beer for Matty Fest 2.0, which he’s called “the greatest fest in the world—ever.” The Wu-Tang Clan will headline the day-long extravaganza and attendees can head-bang along to “Protect Ya Neck” while scarfing food from some of the city’s best restaurants, including Donna’s, Buca and Le Swan, as well as as Le Bremner and Maison Publique from Montreal. Saturday, September 7. $94.90–$290. Echo Beach

A teen dream
3The Pickering kid turned superstar ticks all the pop-heartthrob boxes: height (he’s six foot one), wholesomeness (he’s the anti-Biebs), a swoopy forehead curl and a silky-smooth, barely post-pubescent voice. (Plus a pop-star girlfriend, Camila Cabello, but that’s “just a rumour,” according to Mendes). This month, he tours his self-titled third album, a more grown-up, R&B-inflected effort. He brings it home for one night only with fellow Ontarian Alessia Cara opening. Friday, September 6. $146–$691. Rogers Centre.

A herbivore’s delight
4Cowspiracy converts are in for a plant-based feast at Veg Food Fest, the biggest festival of its kind in North America. The all-you-can-eat veggie extravaganza will be serving up a lot more than Tofurky and token salads. Vegan poutine and pizza purveyor Apiecalypse Now sells Big Mac–inspired slices, plus its signature Zacho pie topped with Sweet Chili Heat Doritos; Crazy D’s Prebiotic Soda Lab has bubbly colas to keep your gut in check and Lord of the Fries offers a happier, carb-loaded alternative to reading the book. Friday, September 6 to Sunday, September 8. Free. Harbourfront Centre. 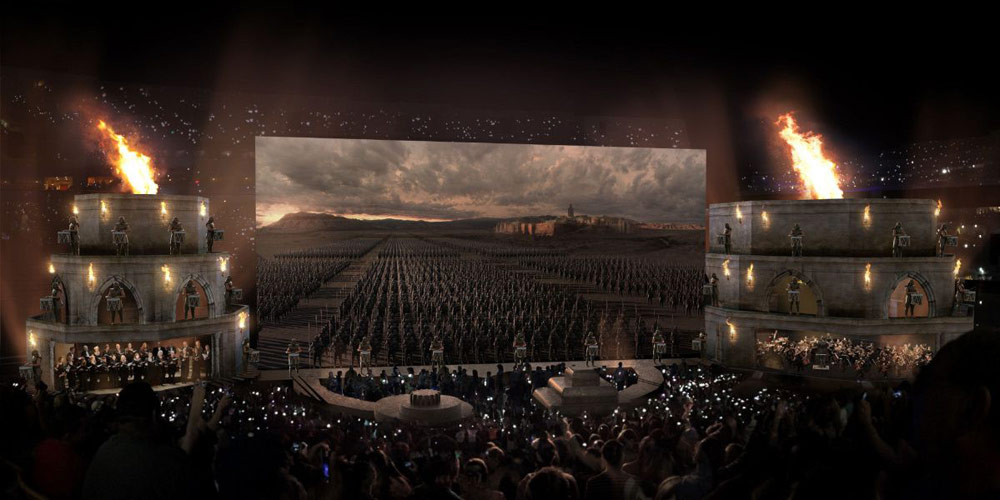 An epic Game of Thrones symphony
5Game of Thrones may well be the last event TV show that people gathered to watch together in real time, but fans can collectively enjoy the battles, the beheadings and the bloody plot twists one last time this month. Composer Michael Sobie conducts an 80-piece orchestra as it belts some of the HBO juggernaut’s most memorable and bombastic scores. Accompanying the symphony are giant screens replaying scenes from the show’s eight-season arc. So, yes, there will be dragons. Friday, September 6. $33–$297. Budweiser Stage.

A symphonic night with The Who
6It’s been 13 years since The Who released an album, but they have big plans for 2019. The band is embarking on a North American tour with a full symphony orchestra backing their greatest hits—and some music, too. Roger Daltrey and Pete Townshend still deliver their anthemic choruses with as much force and stage presence as they had in their heyday. Expect staples from across their 11-album catalogue, with a special emphasis on Tommy, the studio album turned legendary rock opera that’s celebrating its 50th anniversary this year. Tuesday, September 3. $63–$321. Scotiabank Arena.

A runway-ready party
7Toronto Fashion Week returns to the city for its biannual celebration of all things stylish. The three-day celebration is a mix of runway events to debut spring collections, talks and a good excuse to ditch Pinterest perusing in favour of IRL outfit inspiration. Keep an eye out for emerging designers and labels like Lesley Hampton, who stole fashion week this past winter when she sent a dozen Indigenous models down the runway in sizes 2 to 16, wearing pops of bright red to raise awareness about MMIWG. Tuesday, September 3 to Thursday, September 5. $34–$45. Various locations.