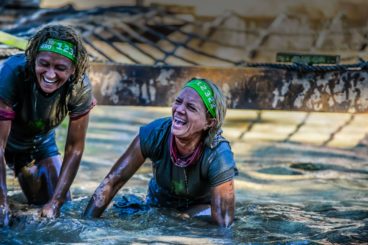 Run for Your Life

Some people achieve mental and spiritual enlightenment by pushing their bodies to the limit. Here are some of Ontario’s weirdest and most punishing races

Where Caledon • When August 26 • Who does it Endurance specialists, mud enthusiasts • Hardcore-o-meter 10/10: everything is harder when you’re caked in mud. 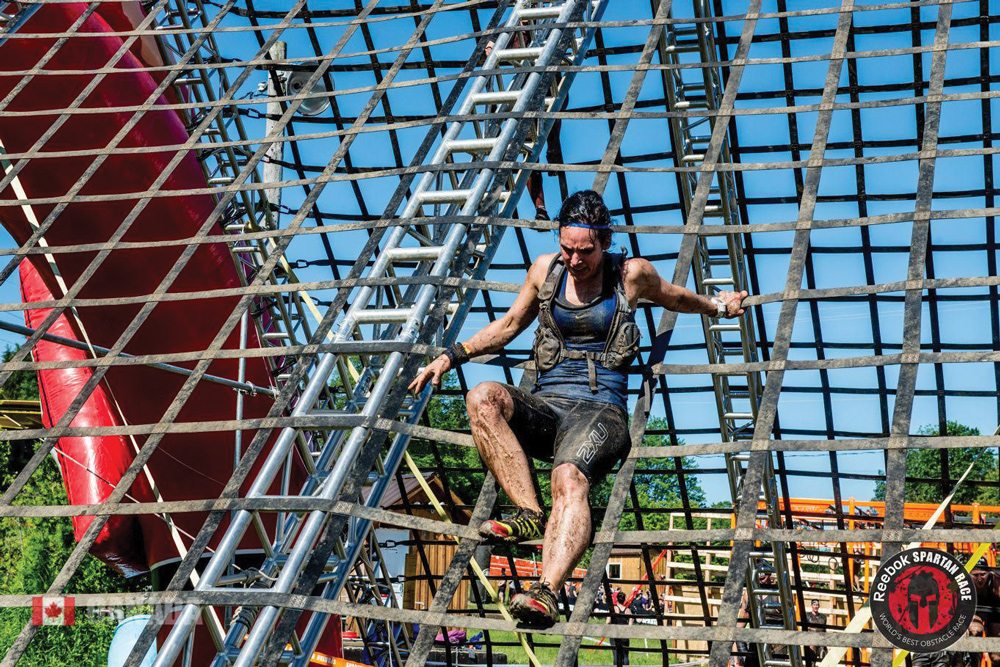 Where Orono • When June 23-24 • Who does it Wannabe Survivor contestants • Hardcore-o-meter 10/10: think of the hardest thing you’ve done, then double it and add a bit.

Throw spears, crawl under barbed wire, carry buckets of rocks—and that might just be the first obstacle. The “sprint” option offers 20 obstacles over five kilometres; the “super” is 29 obstacles over 13. “Elite” entrants compete for money and sponsorship deals. From $99. spartanrace.ca. 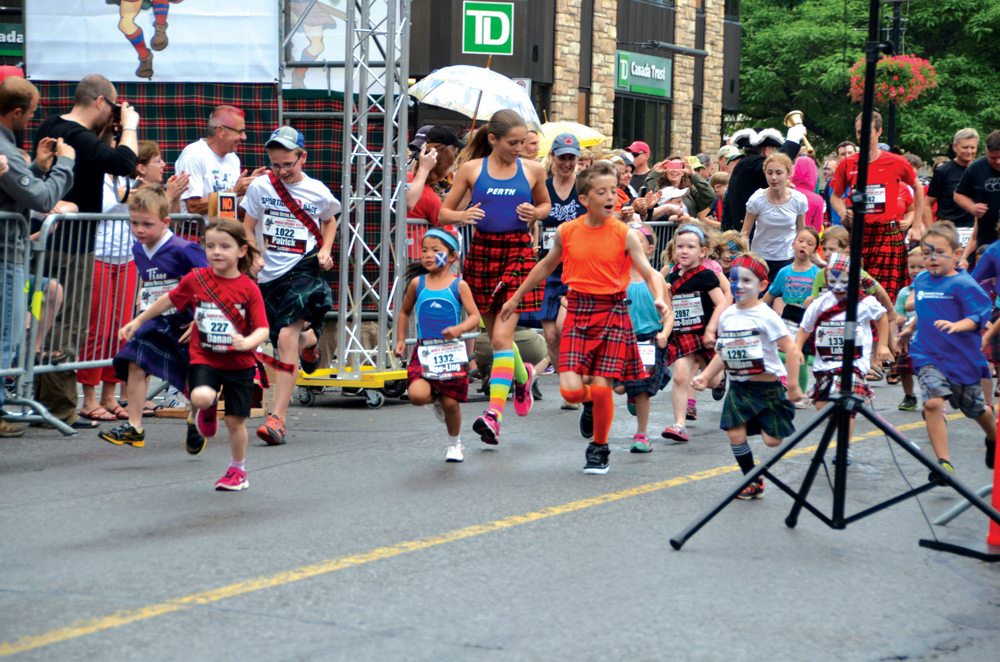 Where Perth • When June • Who does it Tartan fetishists, Outsider fans • Hardcore-o-meter 5/10: the running is serious, but so is the single malt consumed along the way.

Sprint through downtown Perth amid a mob of kilted Scot­ophiles. For an additional test, the Warrior Obstacle Challenge requires participants to lug a sword and shield throughout, with stops for a hammer throw and downing a shot of scotch. Race-approved kilts are available for $35. From $50. perthkiltrun.ca. 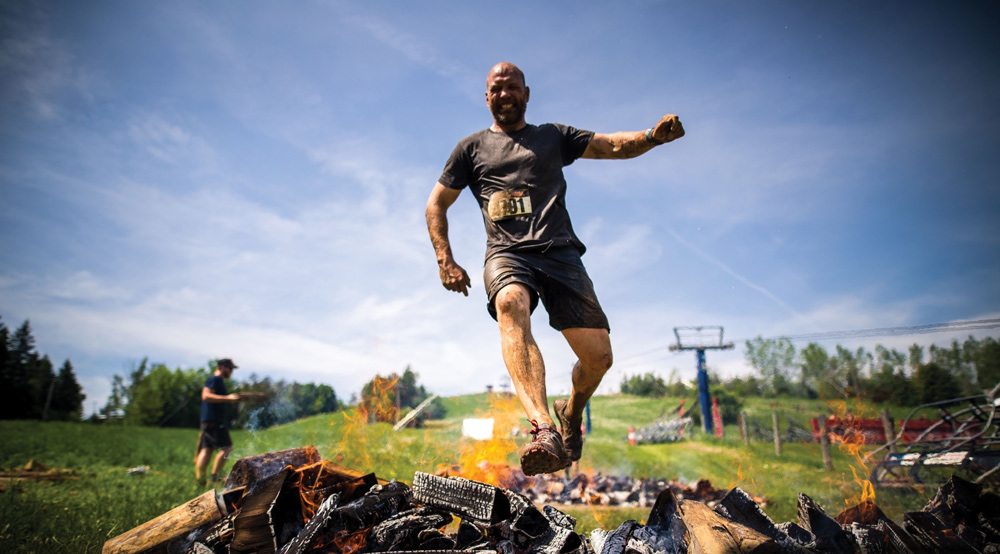 Where Kitchener • When June 9 • Who does it Tough Mudder veterans searching for a new challenge • Hardcore-o-meter 9/10: you could literally catch on fire.

This race, held at a Kitchener ski hill, forces racers to conquer 27 butt-kicking challenges, like crawling through dirt tunnels, barreling down a huge waterslide and leaping over flaming logs. The hardest-core find ways to up the intensity, including going shoeless or covering their bodies in war paint. From $49. ruggedmaniac.com. 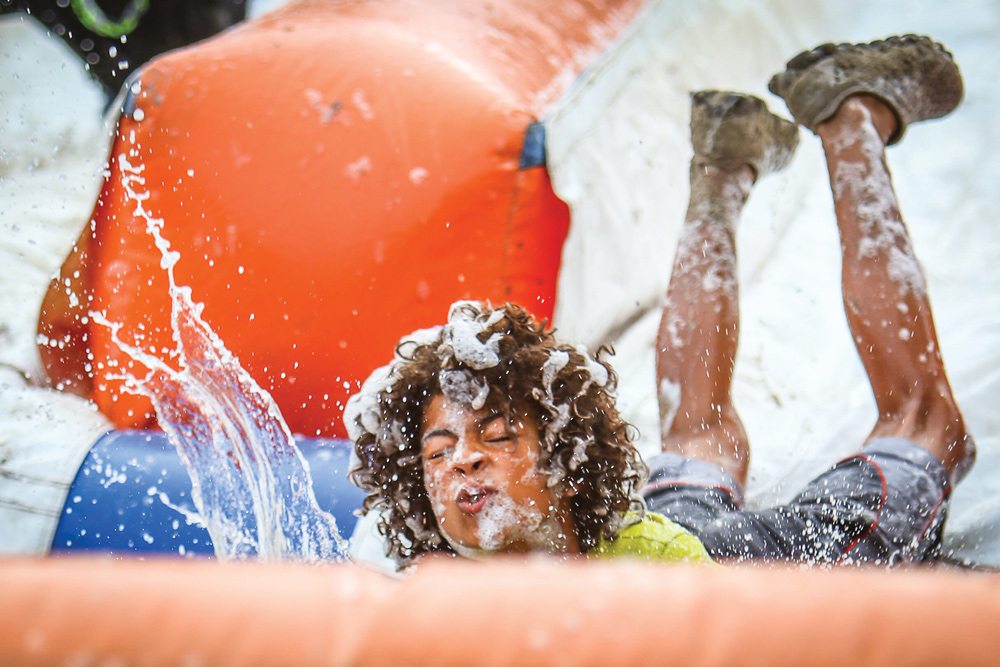 Where Uxbridge • When July 21 • Who does it Anyone who didn’t participate in a university foam party • Hardcore-o-meter 4/10: it’s hard to be intense when it looks like you just had a bubble bath.

This wet and wild competition is a family-friendly run in which racers sport neon headbands or tie-dyed shirts as they make their way through 22 obstacles—including the world’s largest inflatable water slide. The highlight is getting doused in 2.5-million cubic feet of foam. From $45. the5kfoamfest.com. 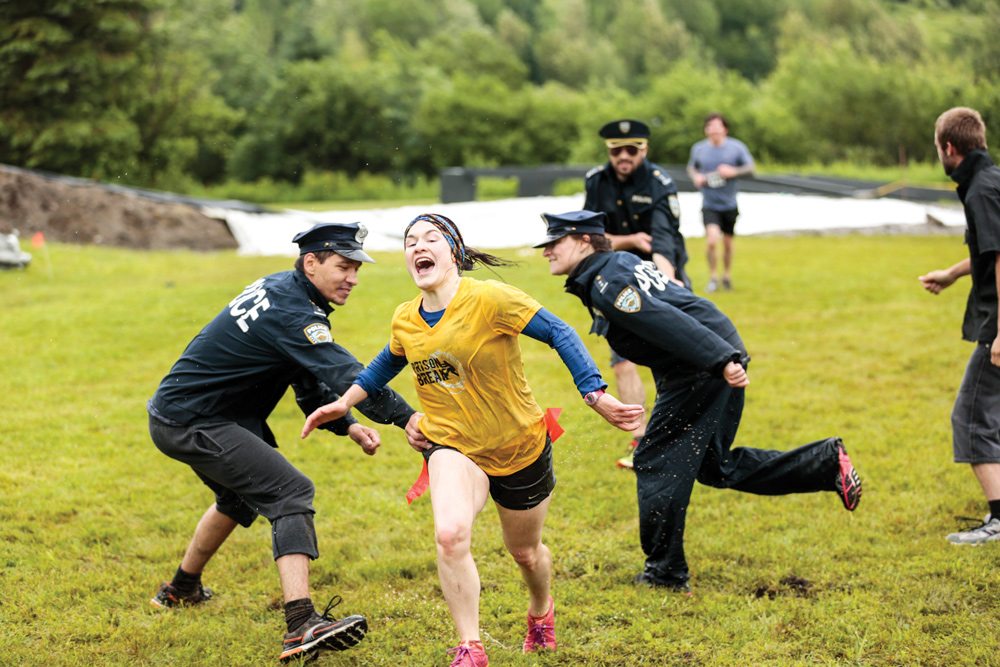 Where Binbrook • When September 15 • Who does it Former camp counsellors, childhood rebels • Hardcore-o-meter 7/10: getting chased by the five-0 adds an element of fear.

Participants imagine they’re escaping from a high-security detention unit in this capture-the-flag-like competition. Start with a belt and three flags (i.e., three chances to escape), and navigate a series of obstacles before in-character prison guards haul you back to your cell. From $55. justrun.ca.

A Skeptic’s Guide to Self-Care

Part 1: Golden Getaways
Spas for quieting the mind, calibrating the qi and pampering the body

Part 3: Superfoods That Don’t Suck
Twenty things that taste as good as they are

Part 4: Silent Meditation
What it’s like to go mute for 10 days: a memoir