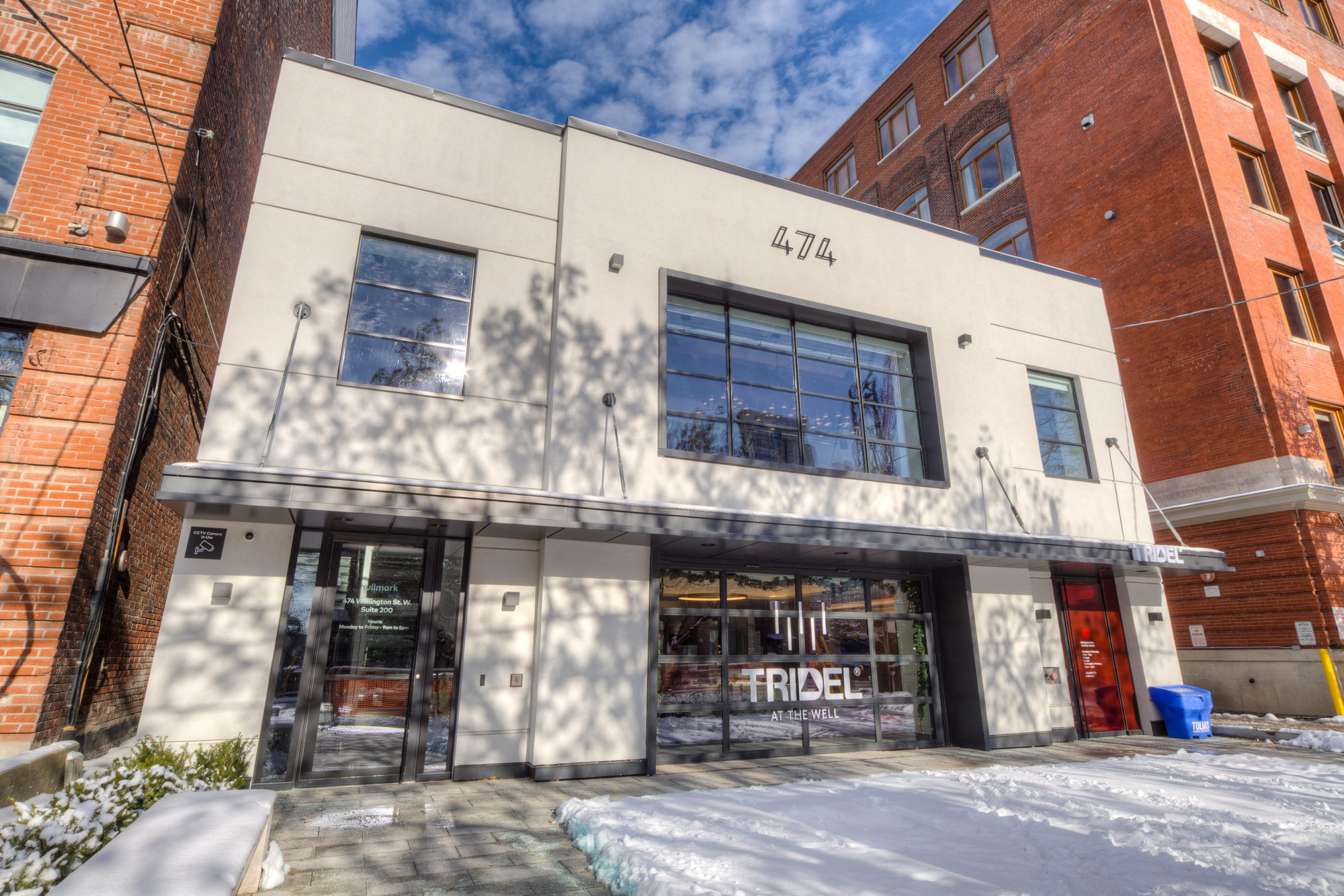 What: The office of Hullmark, a real estate and development company
Where: The second floor of a renovated Art Deco building on Wellington Street
How big: 12,000 square feet for 43 employees

Hullmark is a privately owned developer founded nearly 70 years ago by the grandfather of current president Jeff Hull. The company invests in commercial buildings in neighbourhoods like Parkdale, West Queen West and Riverside; their latest project is a new timber office building in Liberty Village that will house Universal Music Canada. Hullmark has grown rapidly over the past five years, changing offices three times and growing from five to more than 40 employees. They bought their current building, originally built for the American News Company in the 1930s, a few years ago from a quirky inventor who used the space as an apartment and overflowing studio. Before moving, they embarked on a year-long renovation with architecture and interior design firm Quadrangle to transform the tired space into a modern office influenced by its Art Deco structure. They restored the white exterior, added black steel-framed windows and glass screens, and filled the space with sleek marble accents and vintage furniture. Here’s a look inside.

The reception desk is green marble: 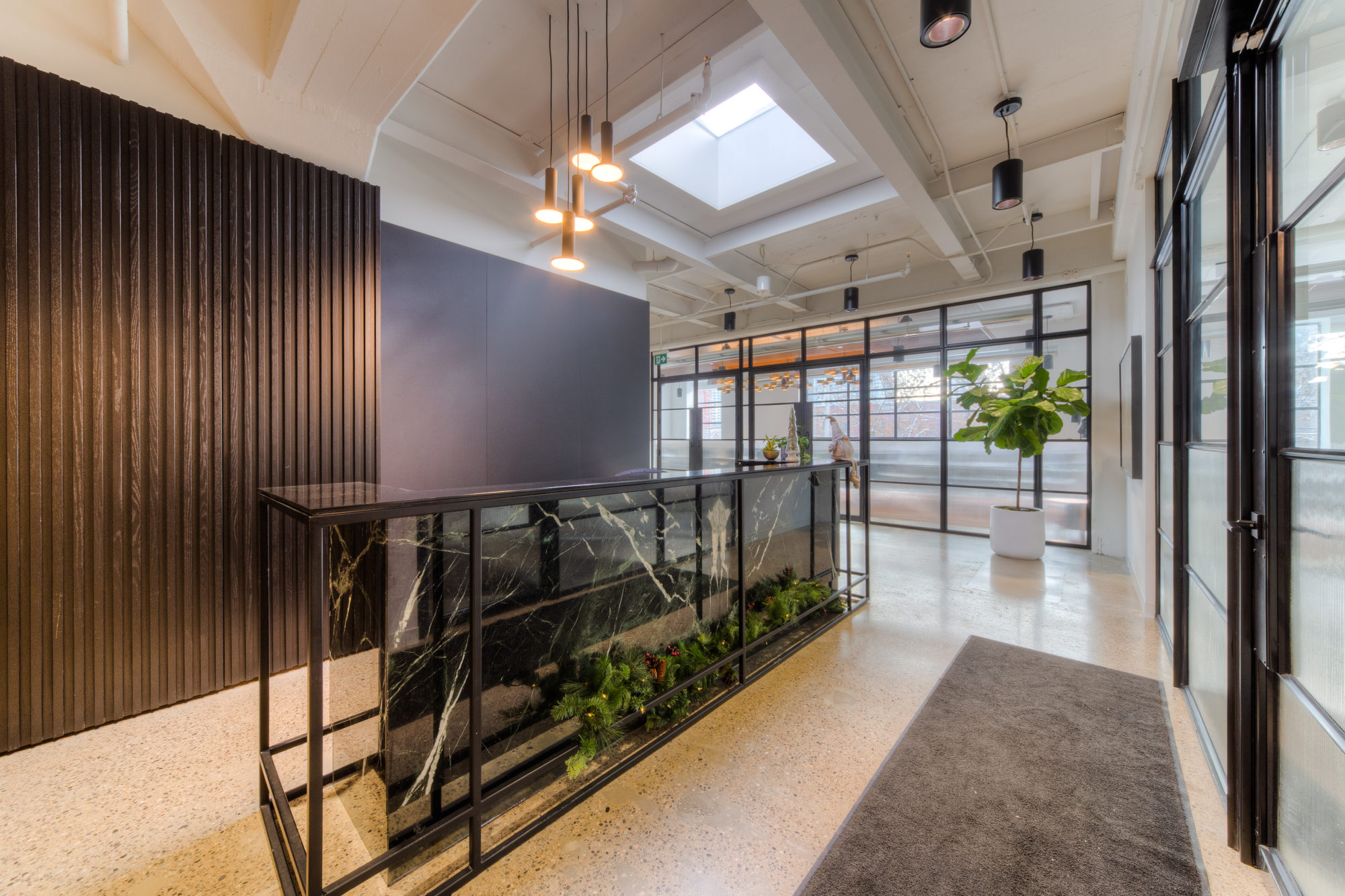 The front board room is massive, since meetings often take place here with architects, engineers, consultants and planners. They added a custom walnut table and hand-knotted Indian rugs to give the room warmth: 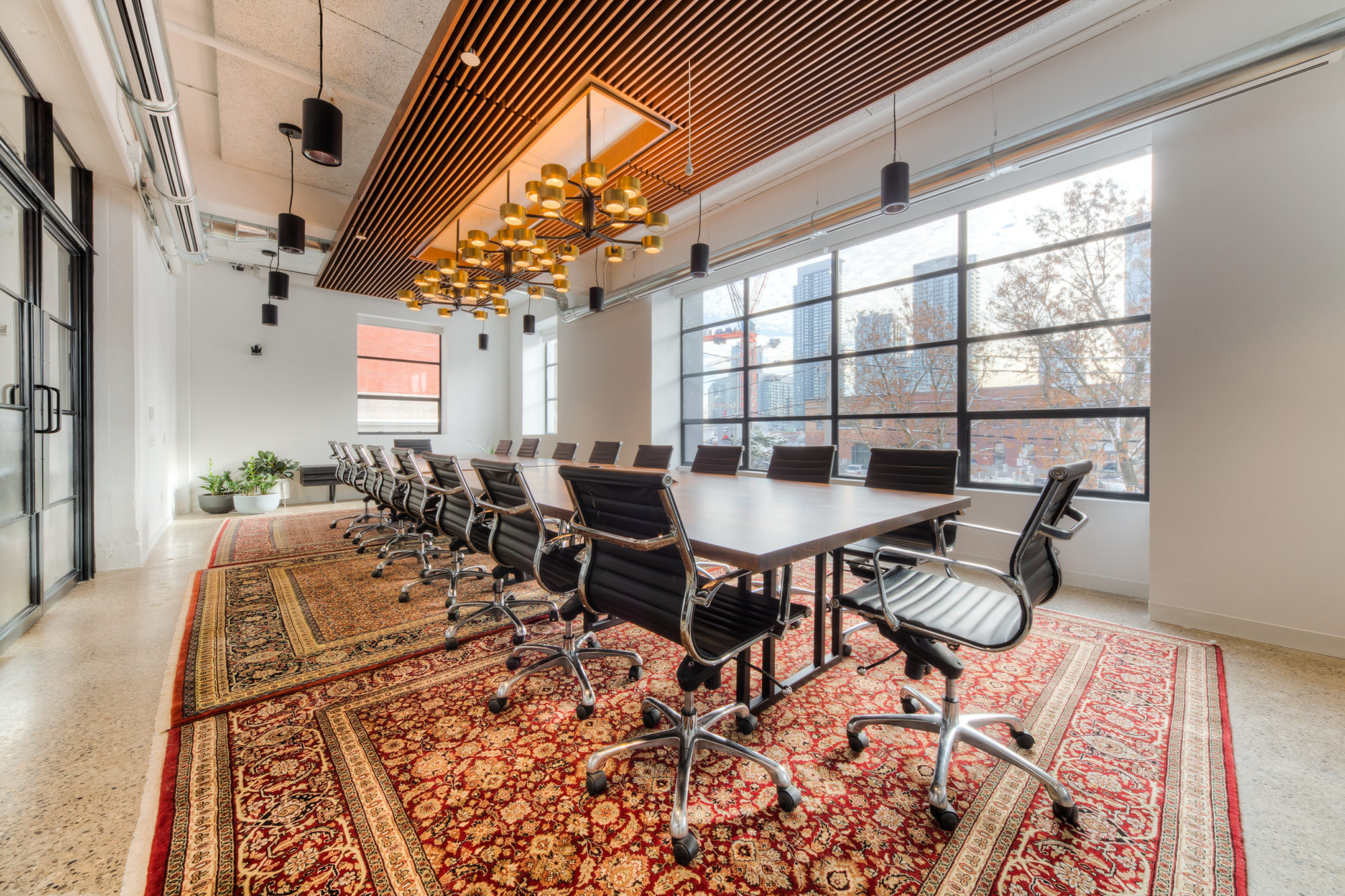 The team was inspired by the upscale casual design at co-working space East Room, and they sourced much of their furniture from 507 Antiques. The charcoal sketch of the CN Tower is by local artist Richard Allen Thomas: 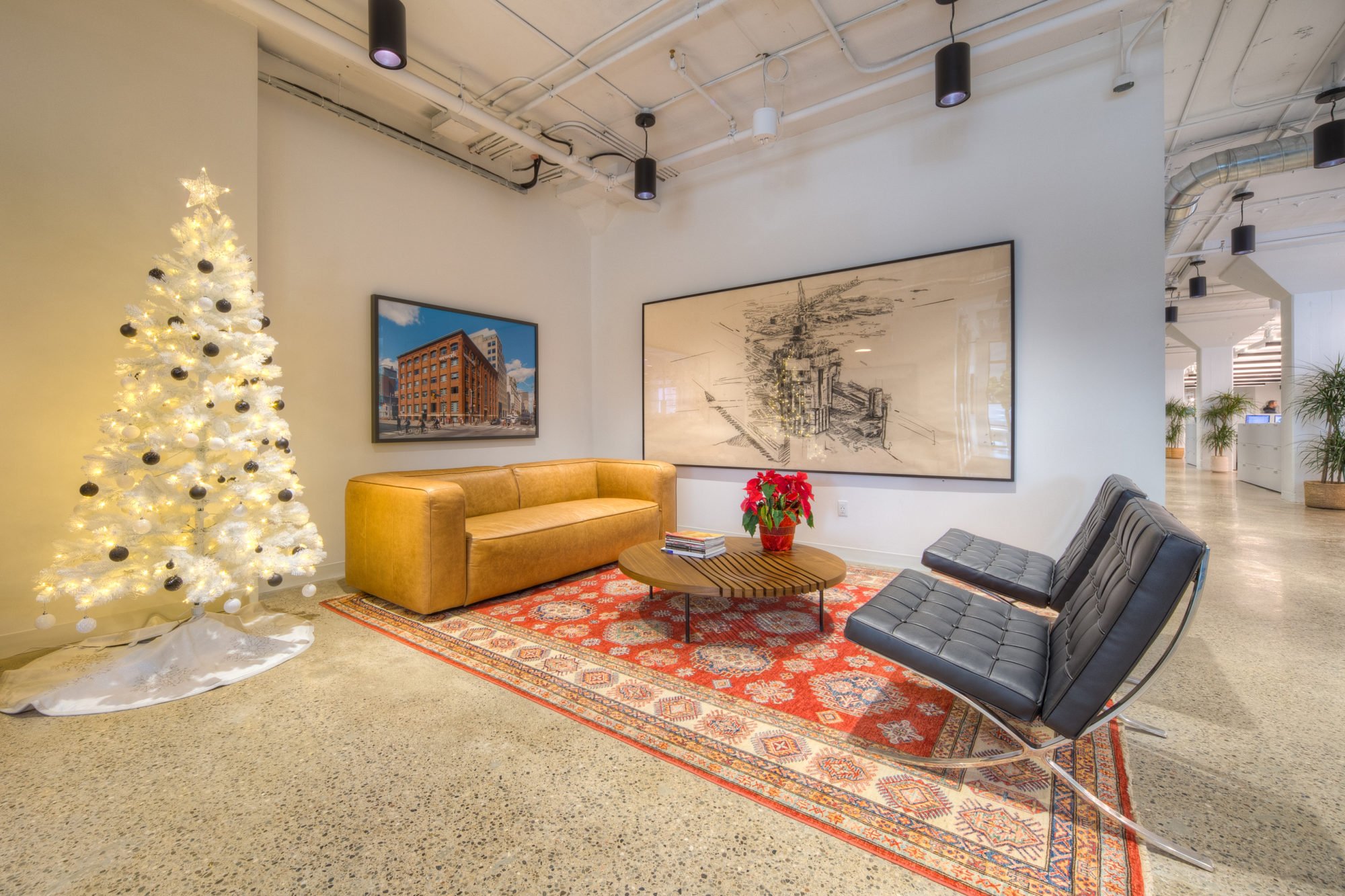 They polished the original concrete floor and added lots of greenery. Skylights give the plants plenty of light: 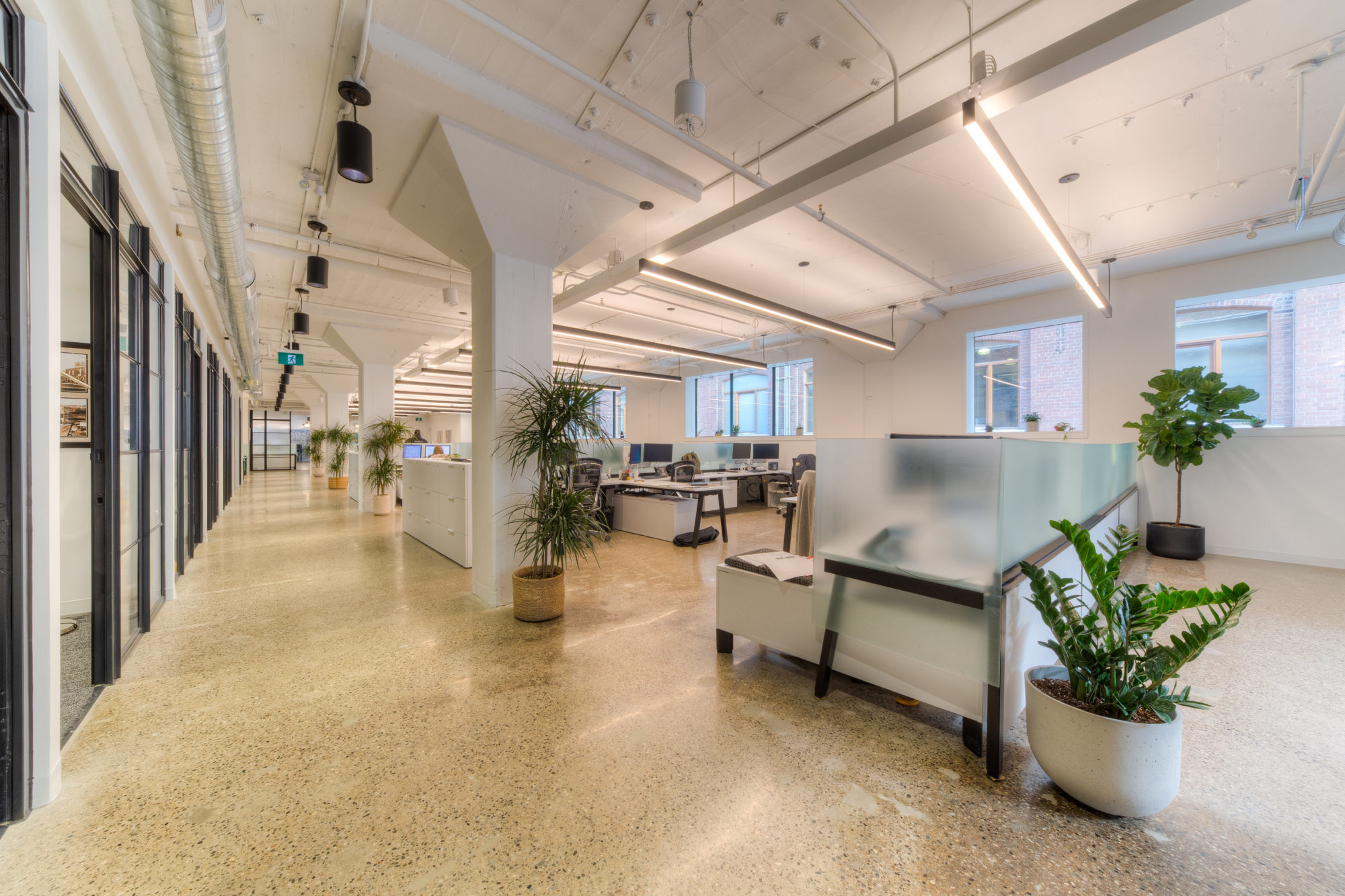 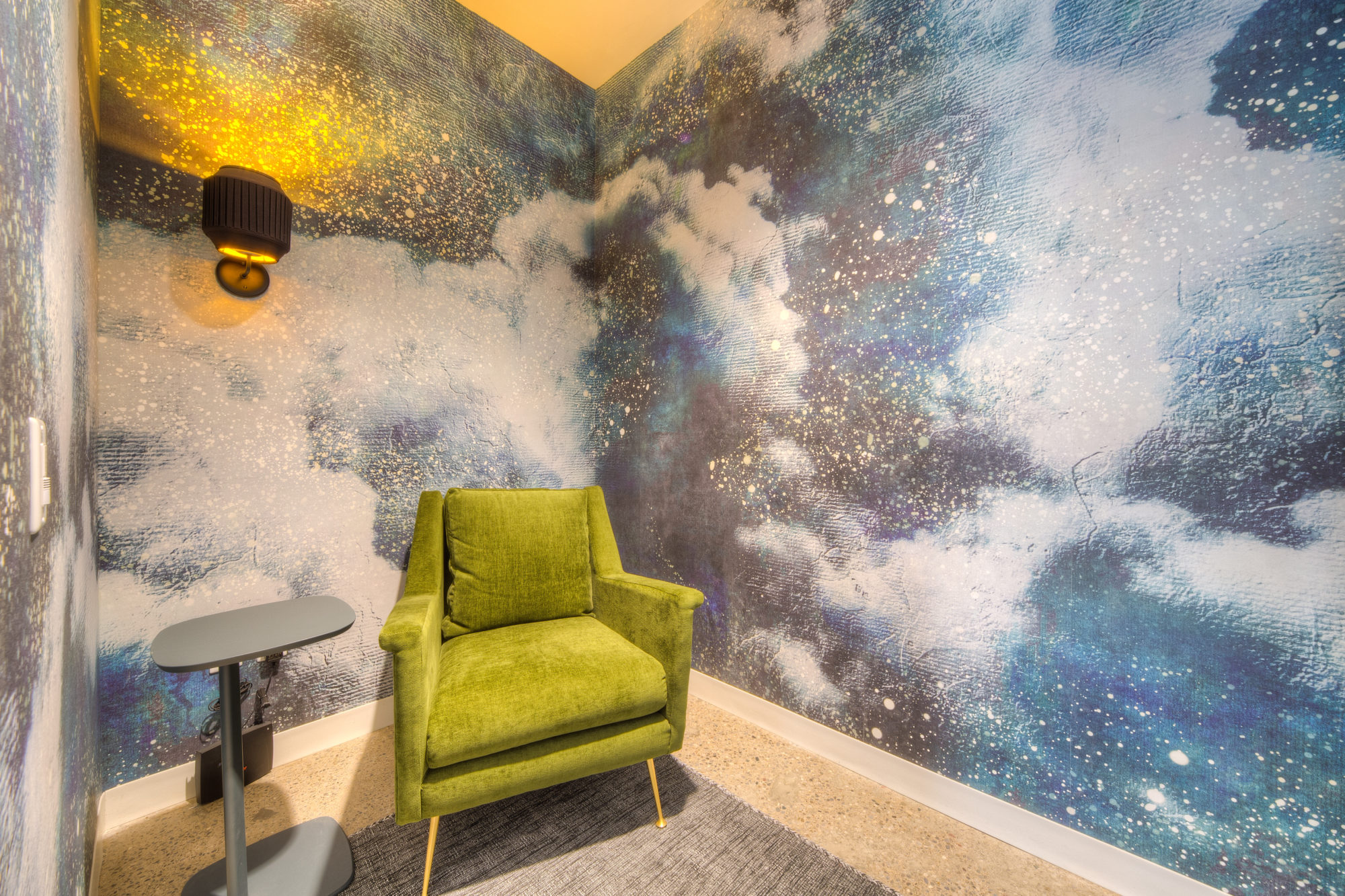 And the president’s office, with a desk from 507 Antiques and mementoes and gifts from clients lining the walls: 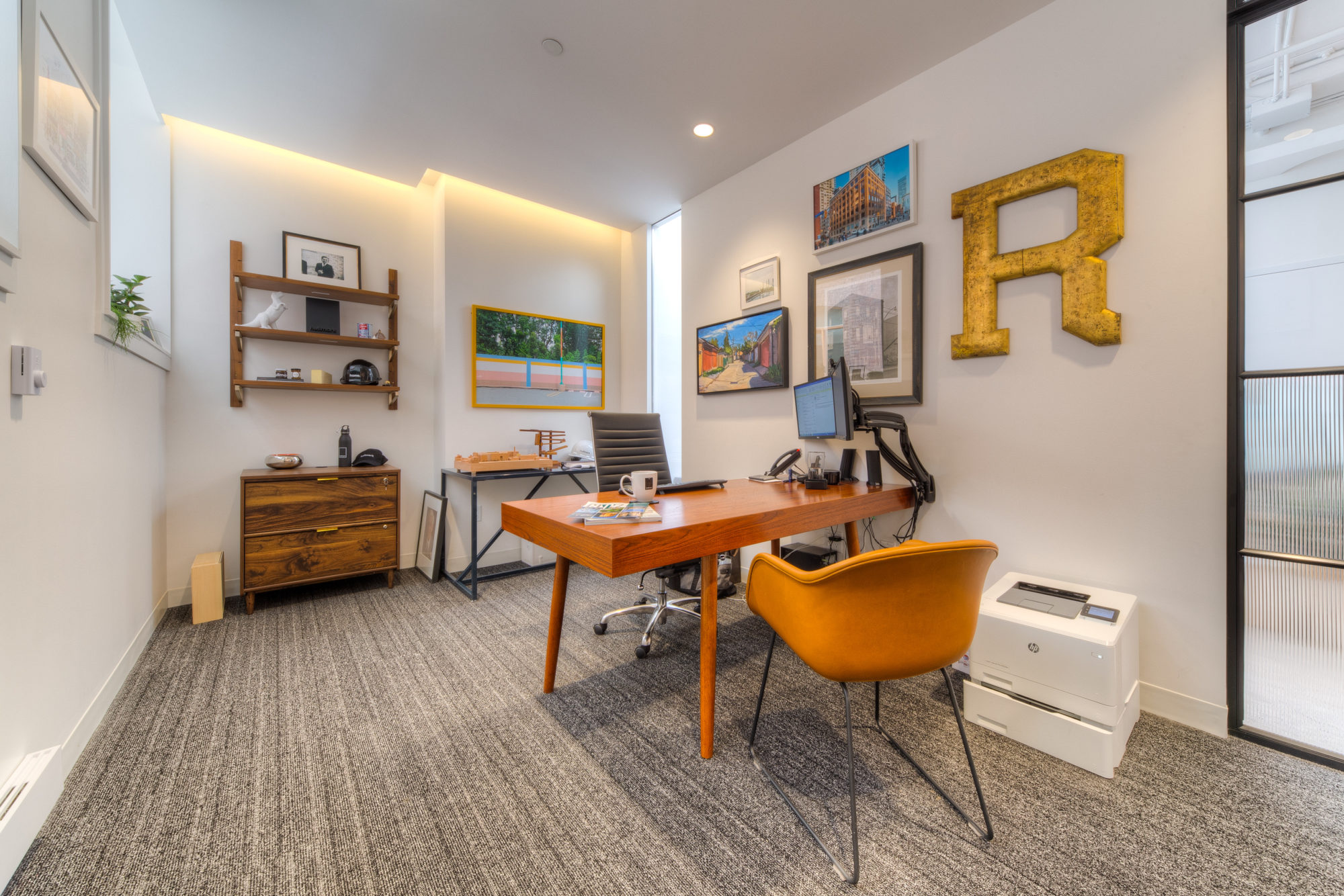 The team repurposed an old freight elevator into a mini library: 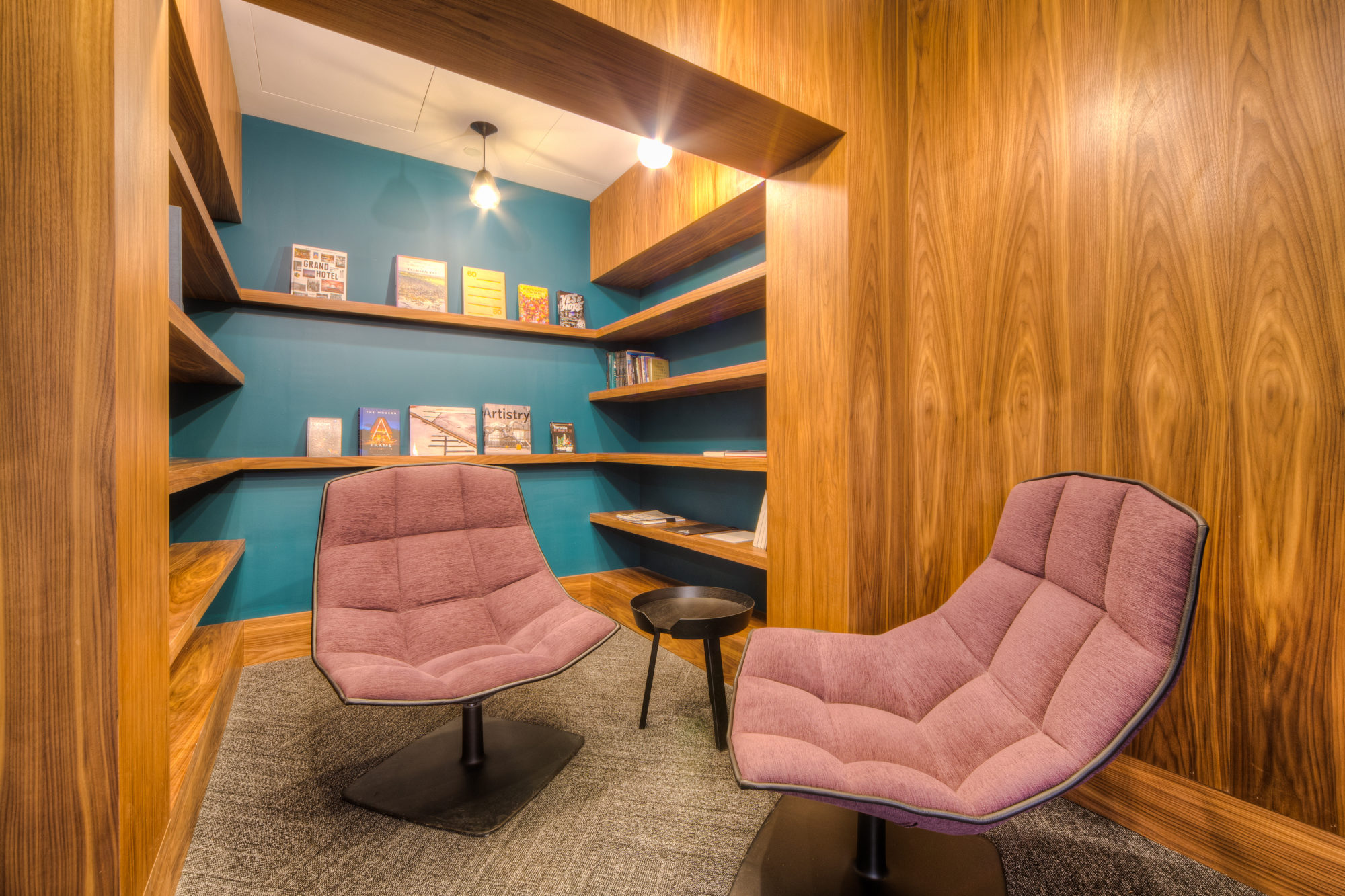 At the back of the office is the kitchen: 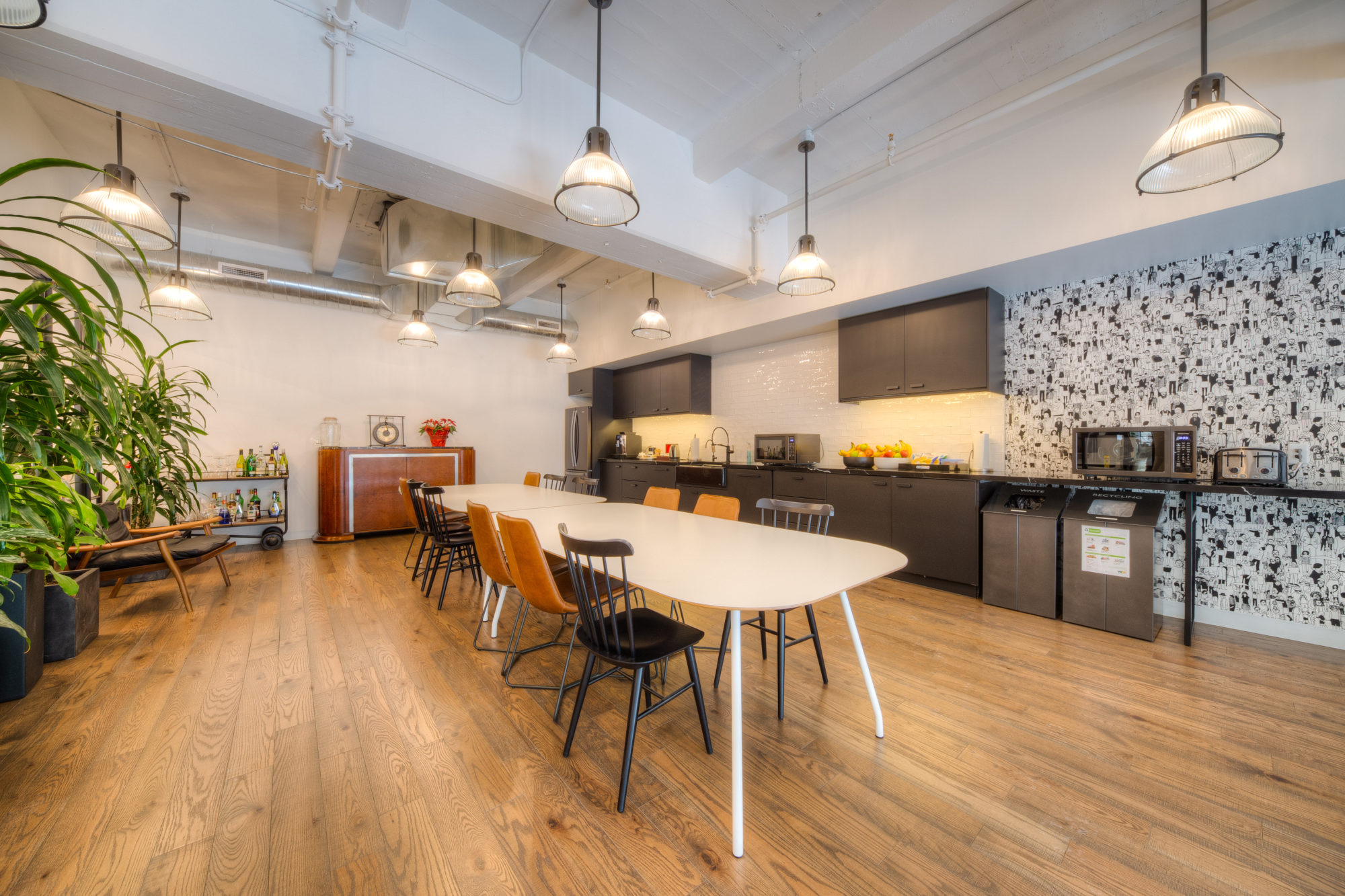 It has stairs that lead down to the sunken living room, which has a garage door that retracts in the summer months to open up onto a secluded patio: 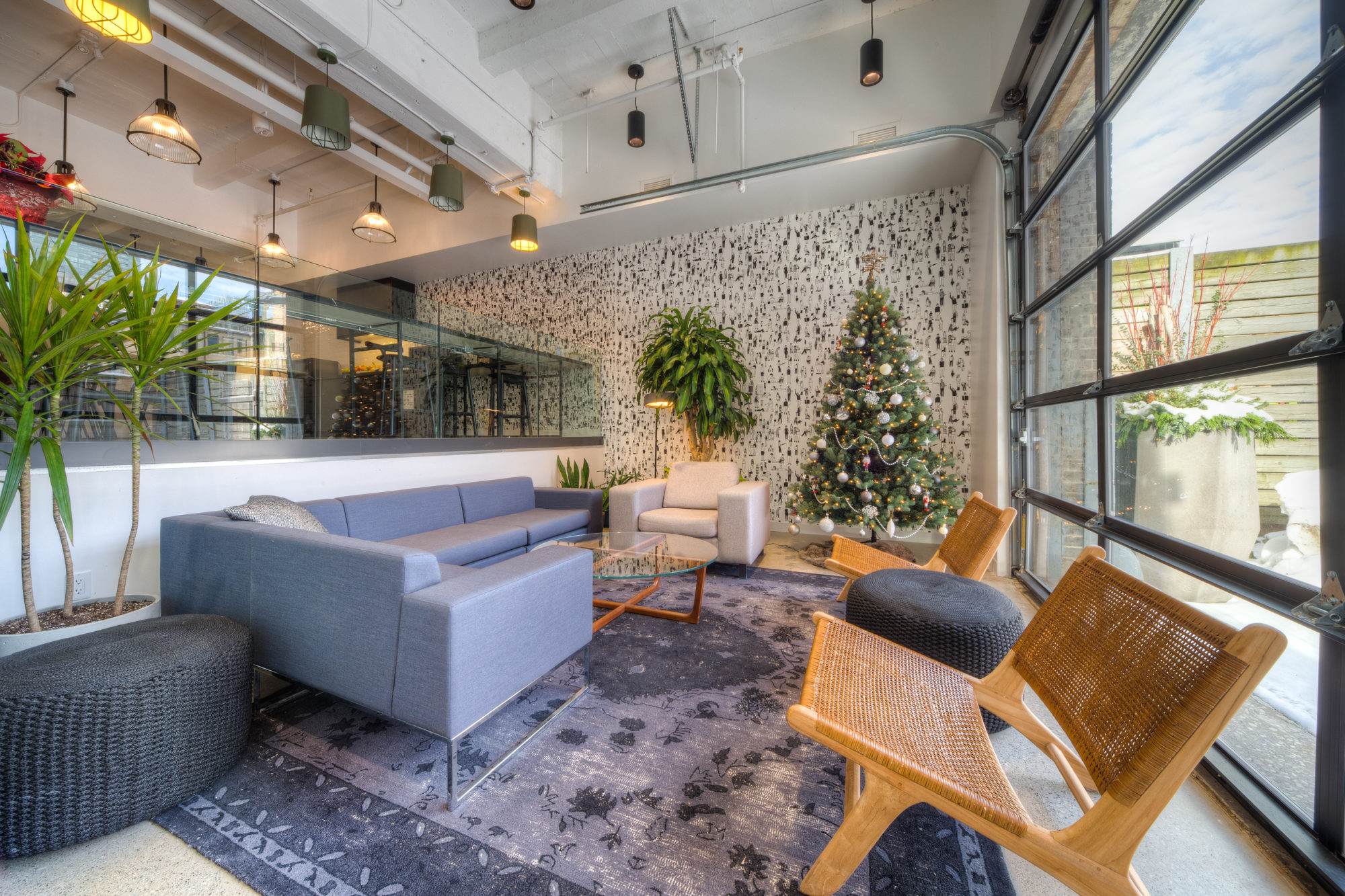 The wallpaper in the kitchen and lounge features graphic people: 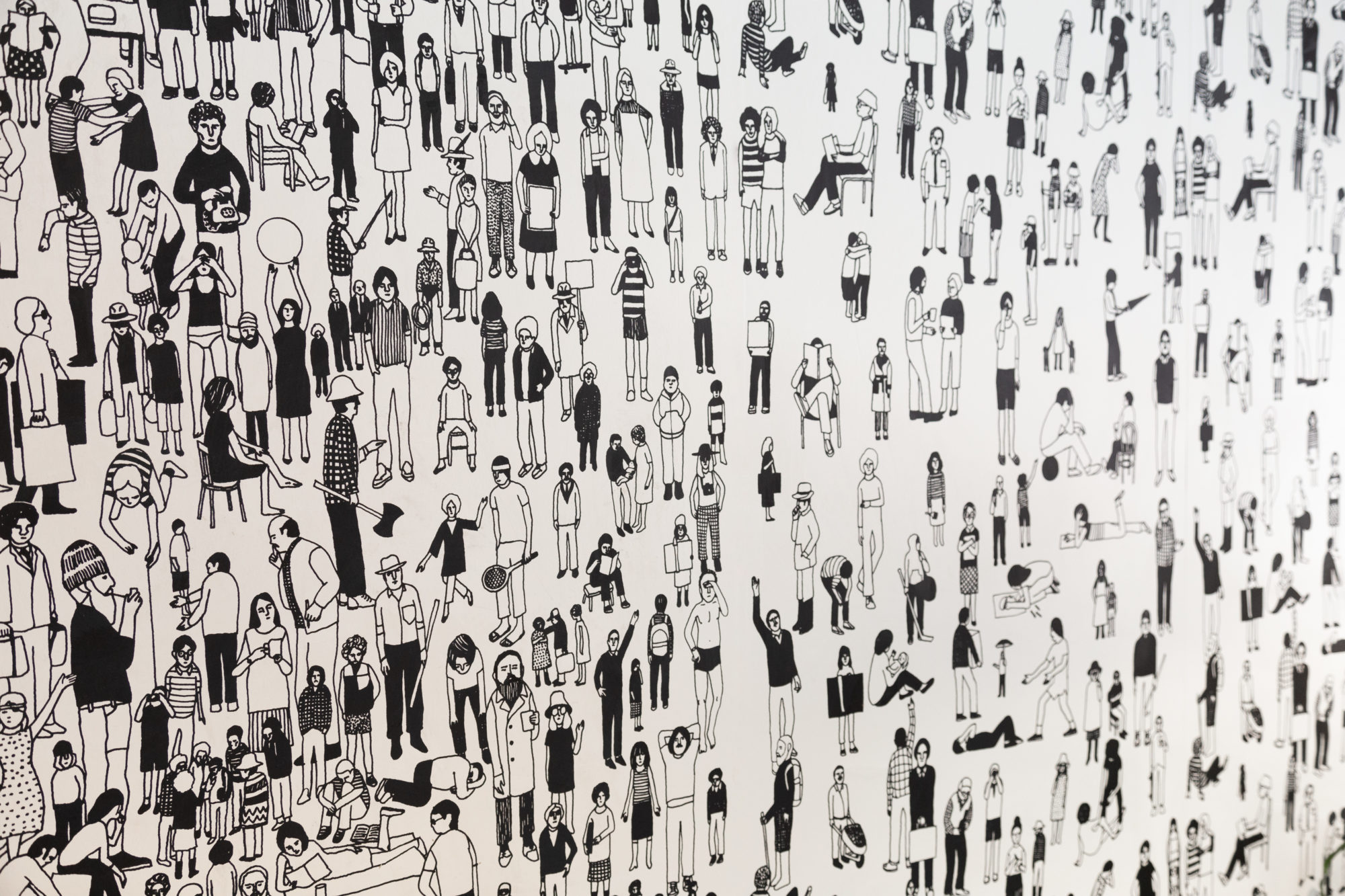 There’s a gong for ringing when big projects are announced: 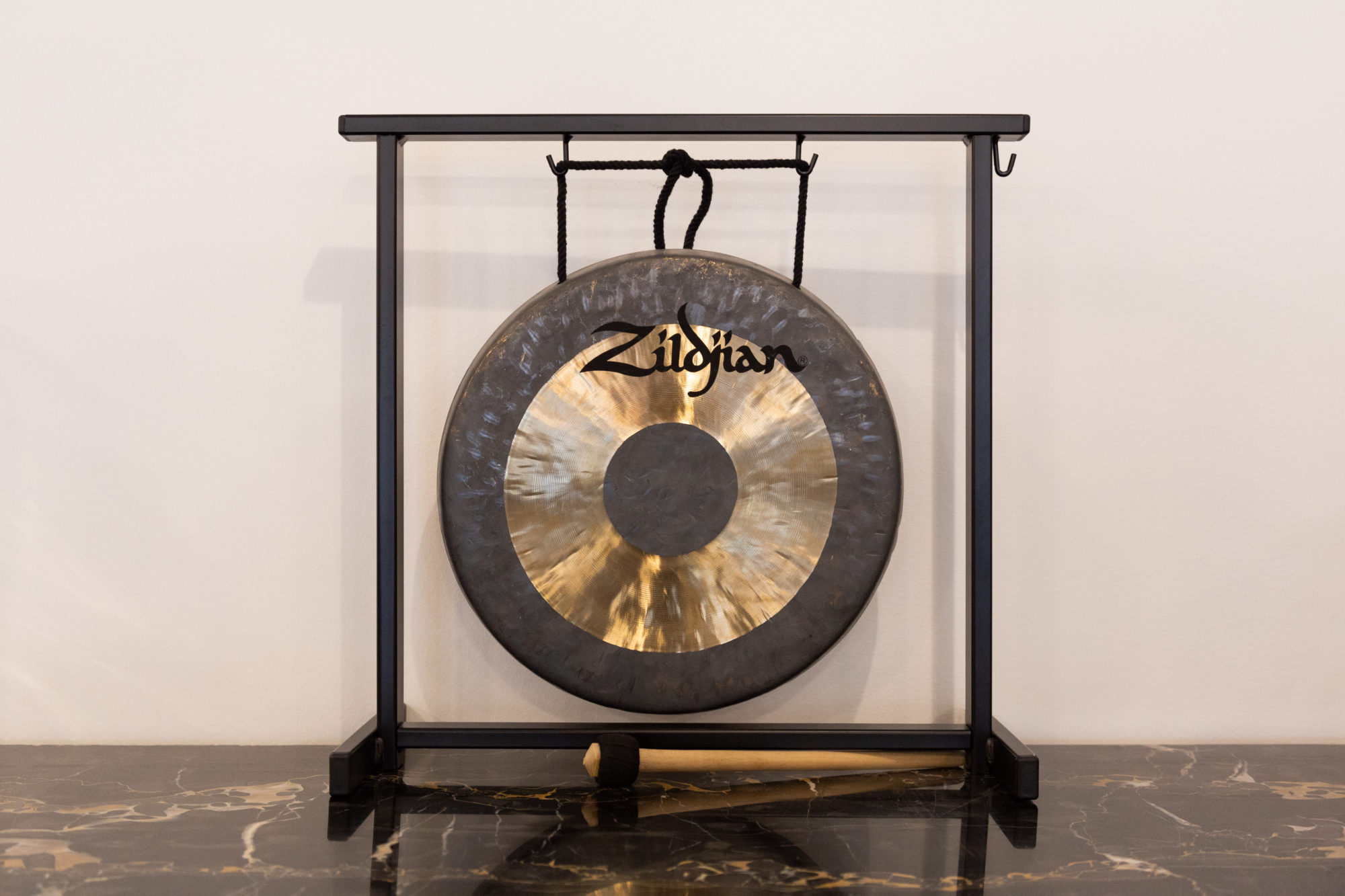 They lease out about half of the first floor to other tenants. They turned the rest into a gym for employees with an instructor-run workout class every Friday. The installations on the wall are by Shepard Fairey, the street artist behind Obama’s “Hope” poster. While visiting town a few years ago, Fairey wrapped five panels of hoarding on one of Hullmark’s boarded-up construction sites with his posters. Three of the five panels were stolen before Hullmark could store them properly. These are the remaining two: 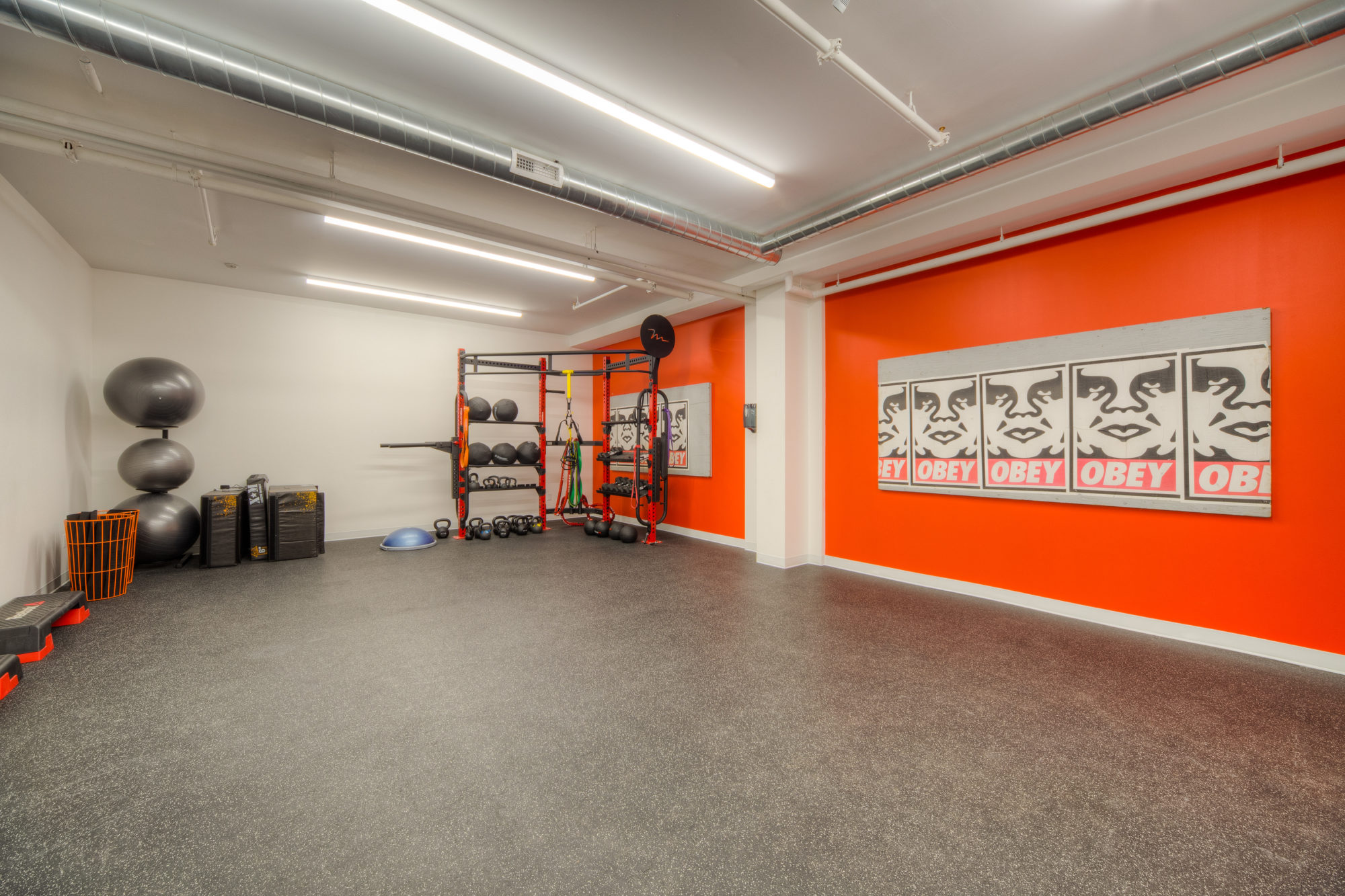