How a semi-retired photographer lives in 330 square feet

How a semi-retired photographer lives in 330 square feet 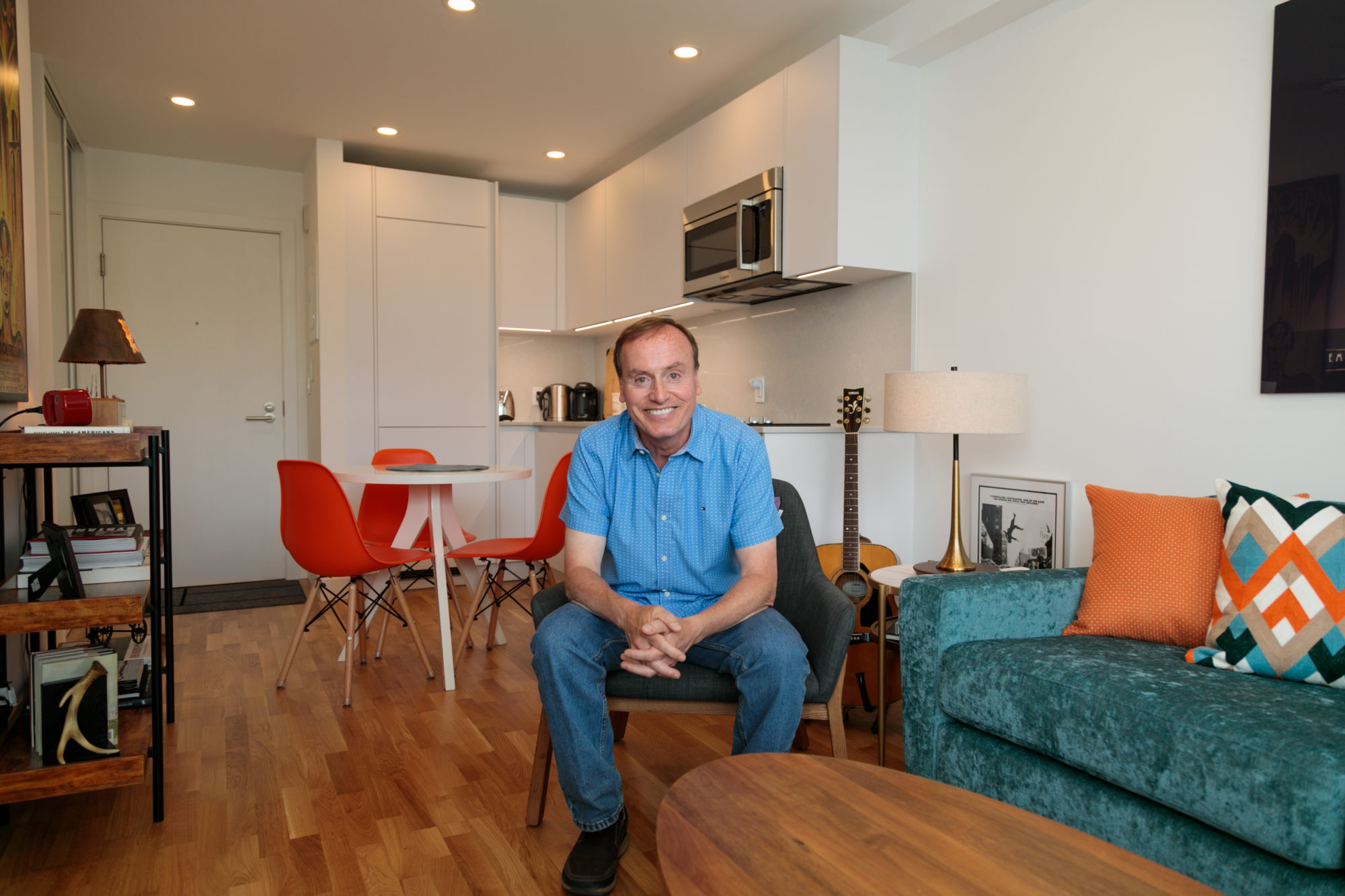 Dave, a former financial services administrator, decided to downsize his life so he could pursue his passion for street photography full time. This spring, he sold his detached two-bedroom house in the Upper Beaches, where he’d been living on his own for the past 31 years, and found a 300-square-foot rental in a 1970s Regent Park building.

Dave had a few concerns about moving into such a small space, but the fact that the apartment was recently renovated—with a more modern kitchen and bathroom than he was used to—helped ease the transition. After watching a few minimalism documentaries on Netflix, he was inspired to donate all of his belongings and start fresh. “I realized I couldn’t take any of it to the grave with me,” he says. He started scouring Kijiji and Facebook Marketplace for secondhand furniture and decor, with the aim of creating a mid-century-modern vibe. (“Like the kind of pad you’d expect Don Draper from Mad Men to live in,” he says.) The apartment’s central location makes it easy for him to spend his days snapping pics in neighbourhoods like Greektown, Leslieville and the Distillery District.

He had the sofa custom-made to fit the small seating area: 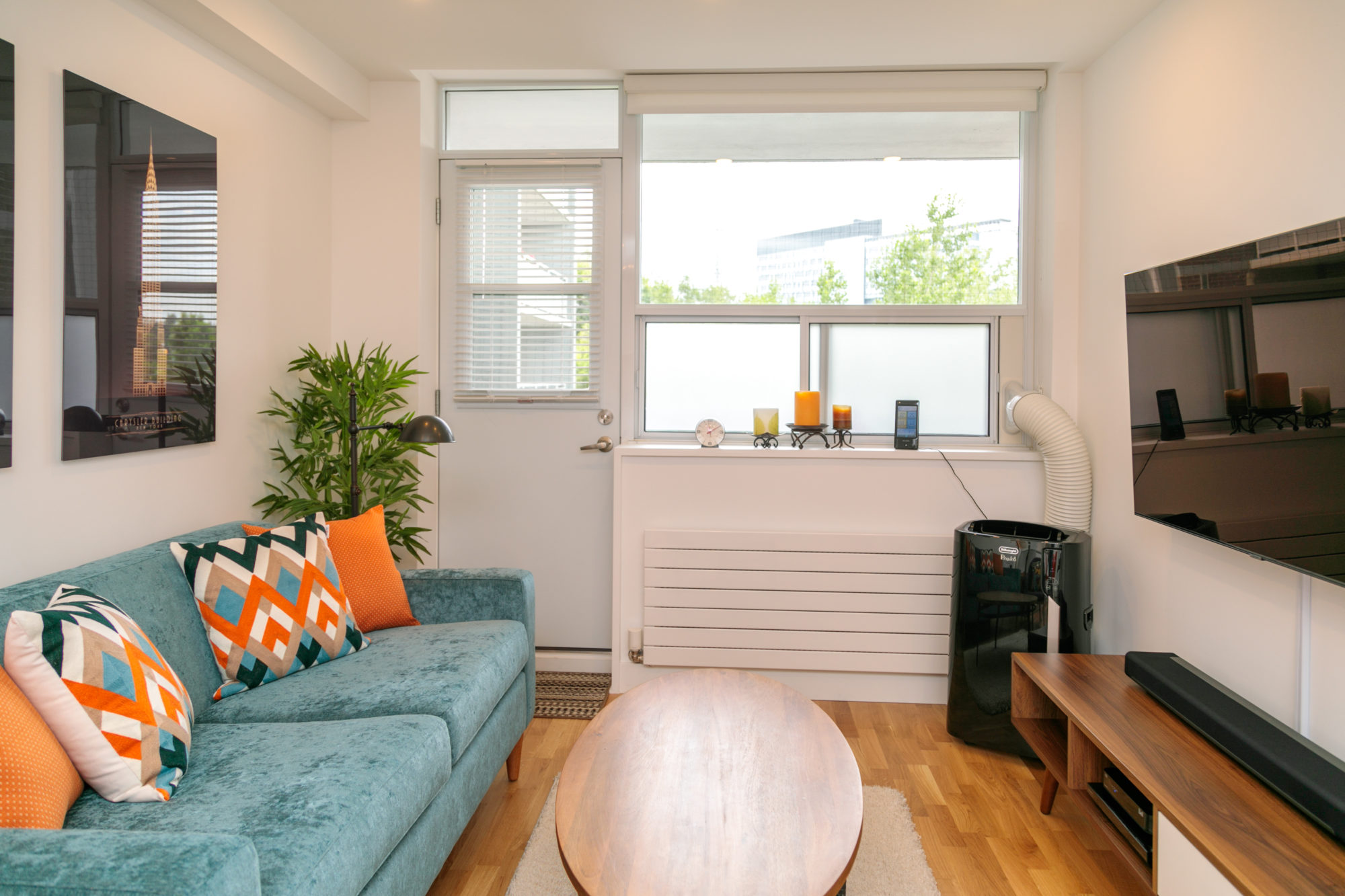 The kitchen is sleek and minimalist, with compact, high-end appliances that don’t take up too much counter space: 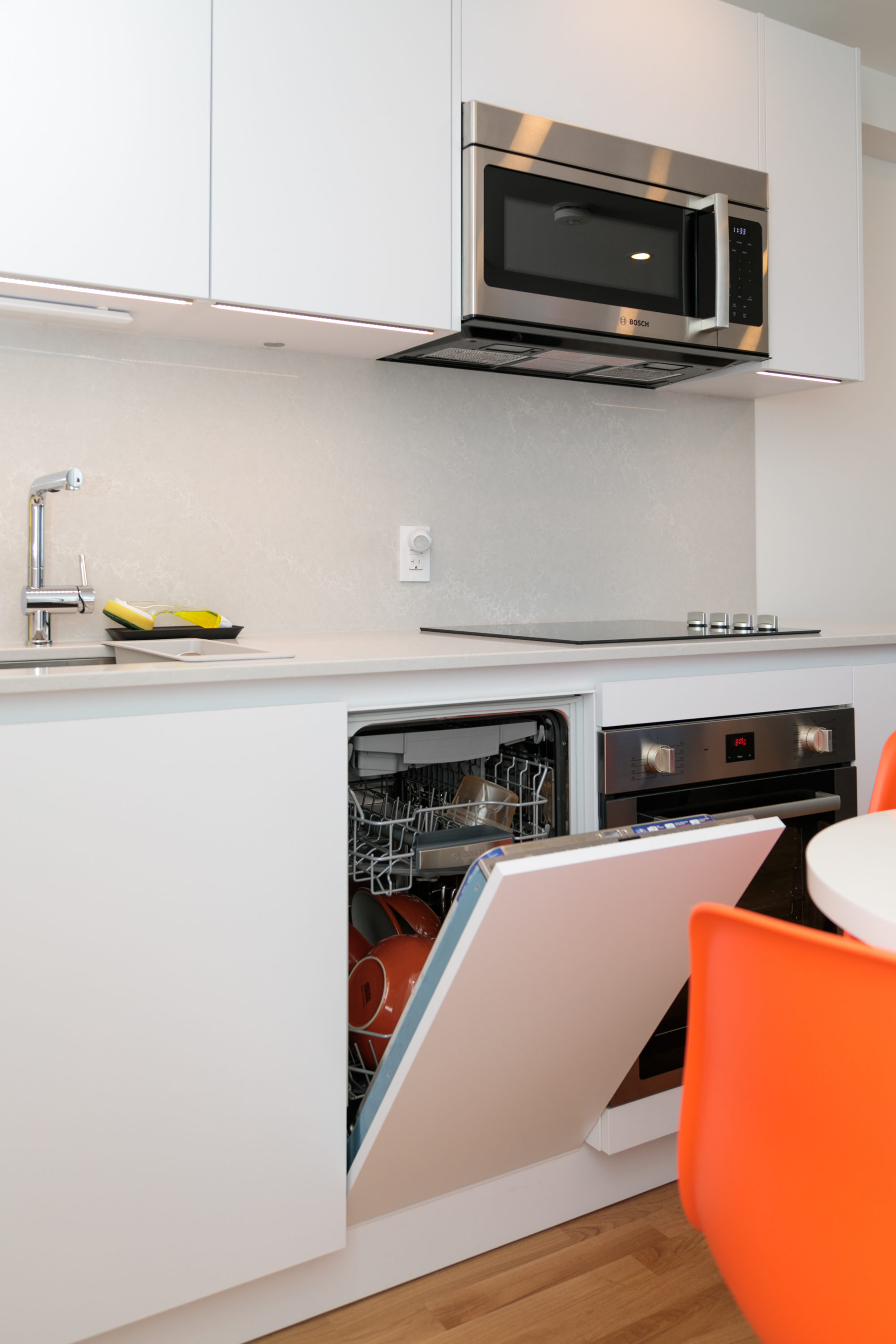 He was going to buy the kitchen table at IKEA, but he found the same model on Facebook Marketplace, already assembled, for half the price: 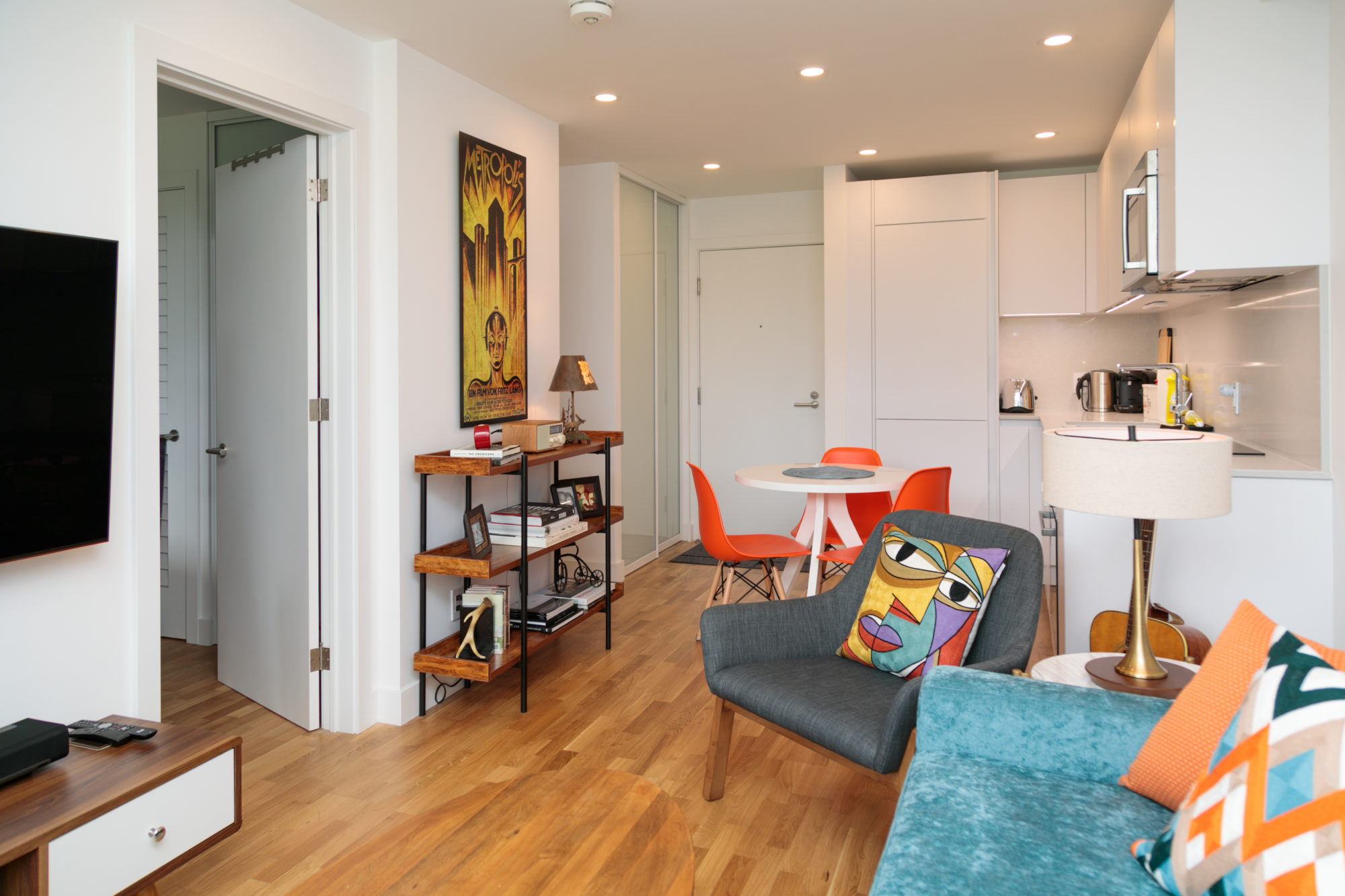 He wanted this Metropolis poster back when he was still living at his old place, but it didn’t fit in with his more rustic, country-style decor: 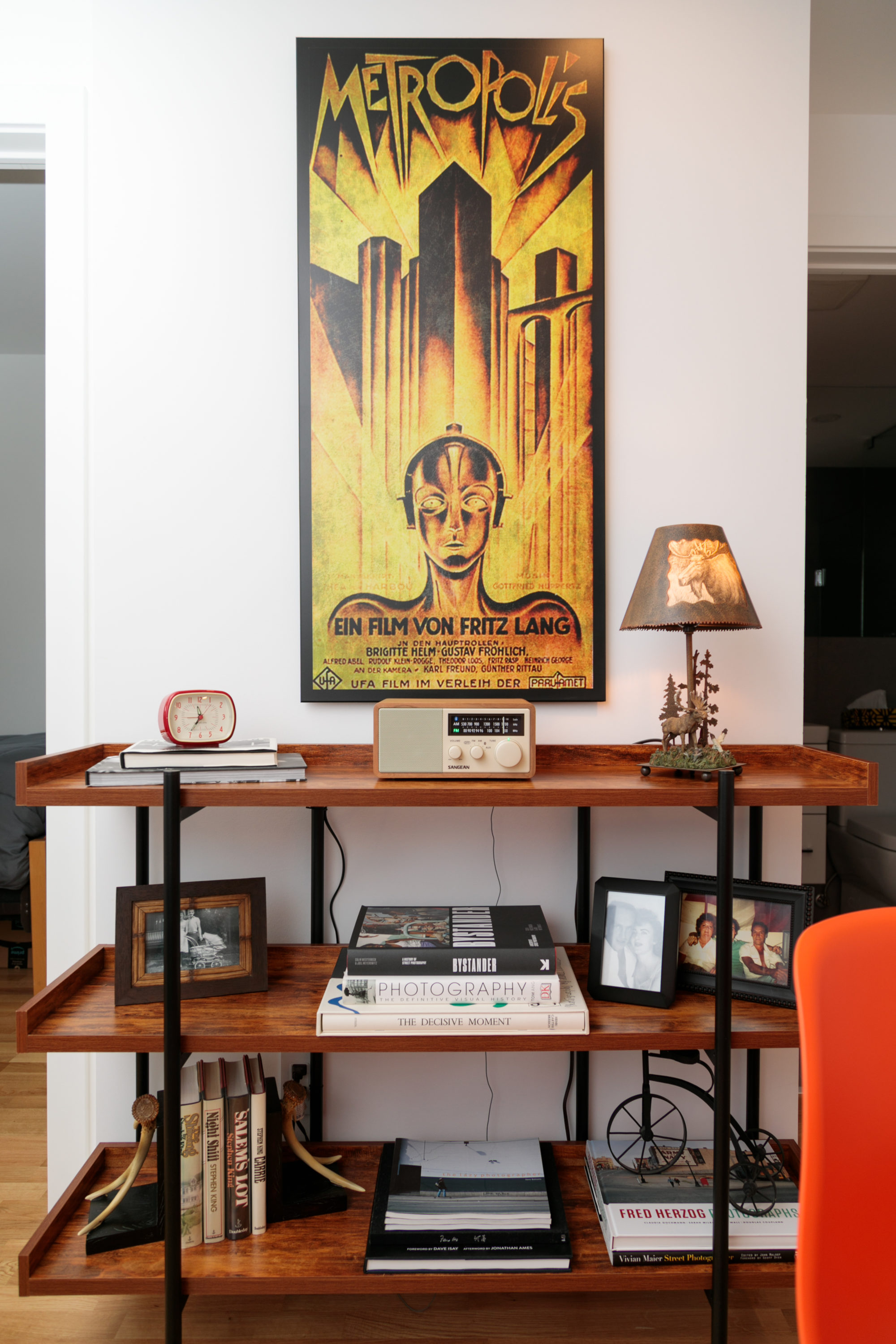 The biggest sacrifice was going from a queen-sized bed to a twin. He’s thankful he has in-unit laundry, though: 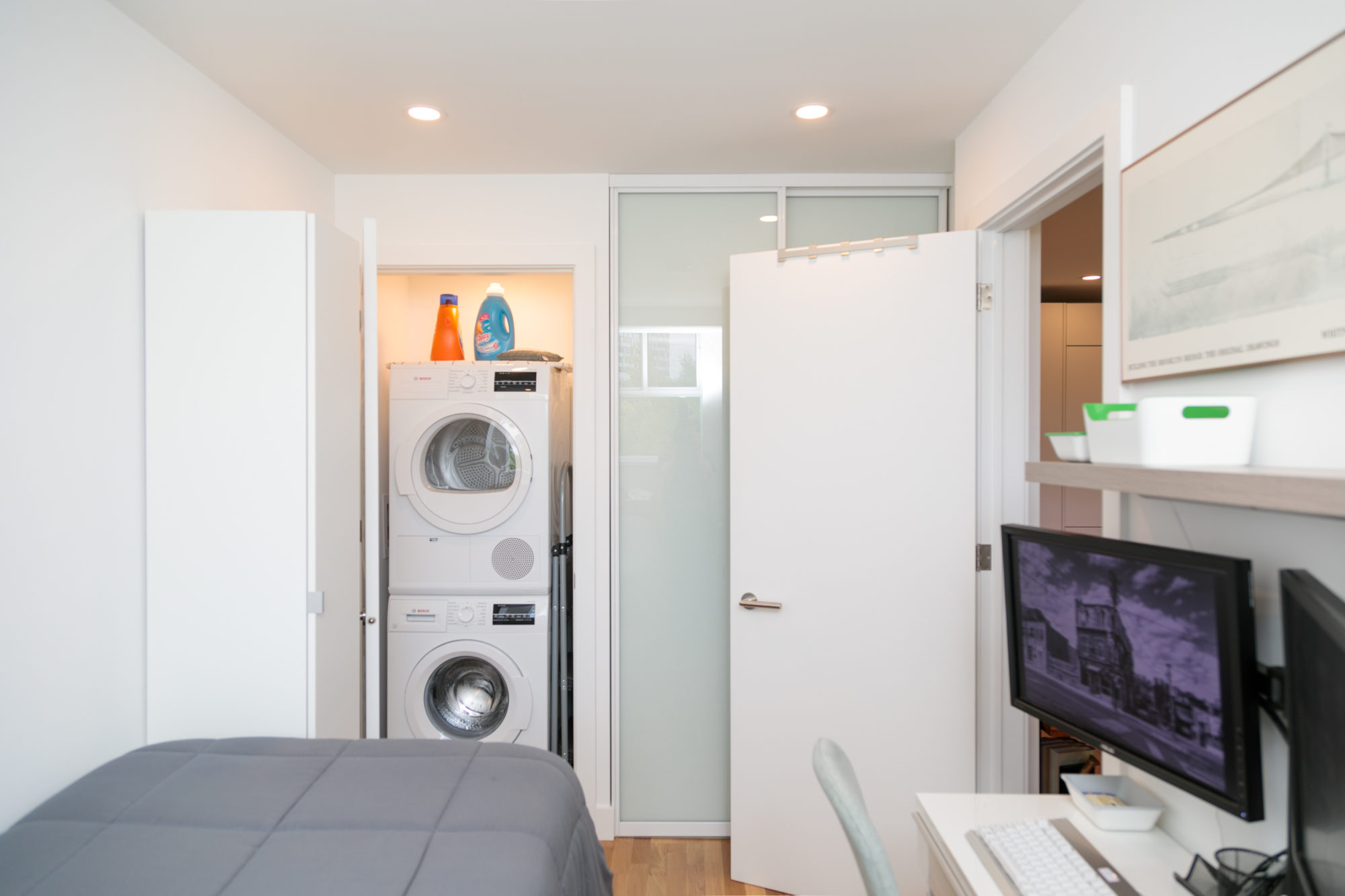 Dave uses the double monitors to edit his photos. He hung prints of New York’s Empire State and Chrysler buildings over the sofa: 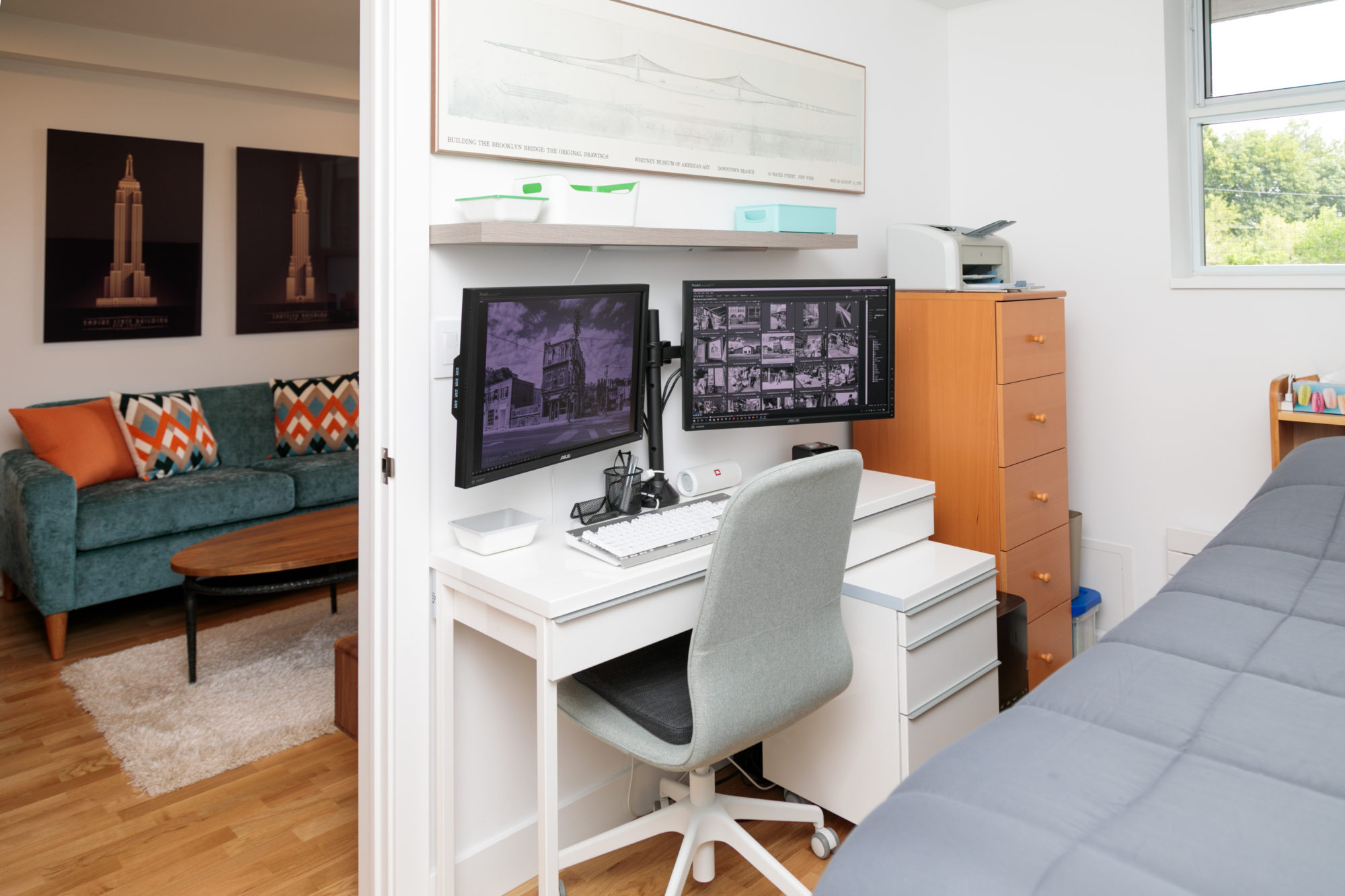 Dave rarely used the tub at his old place, so he appreciates the spacious shower situation here: 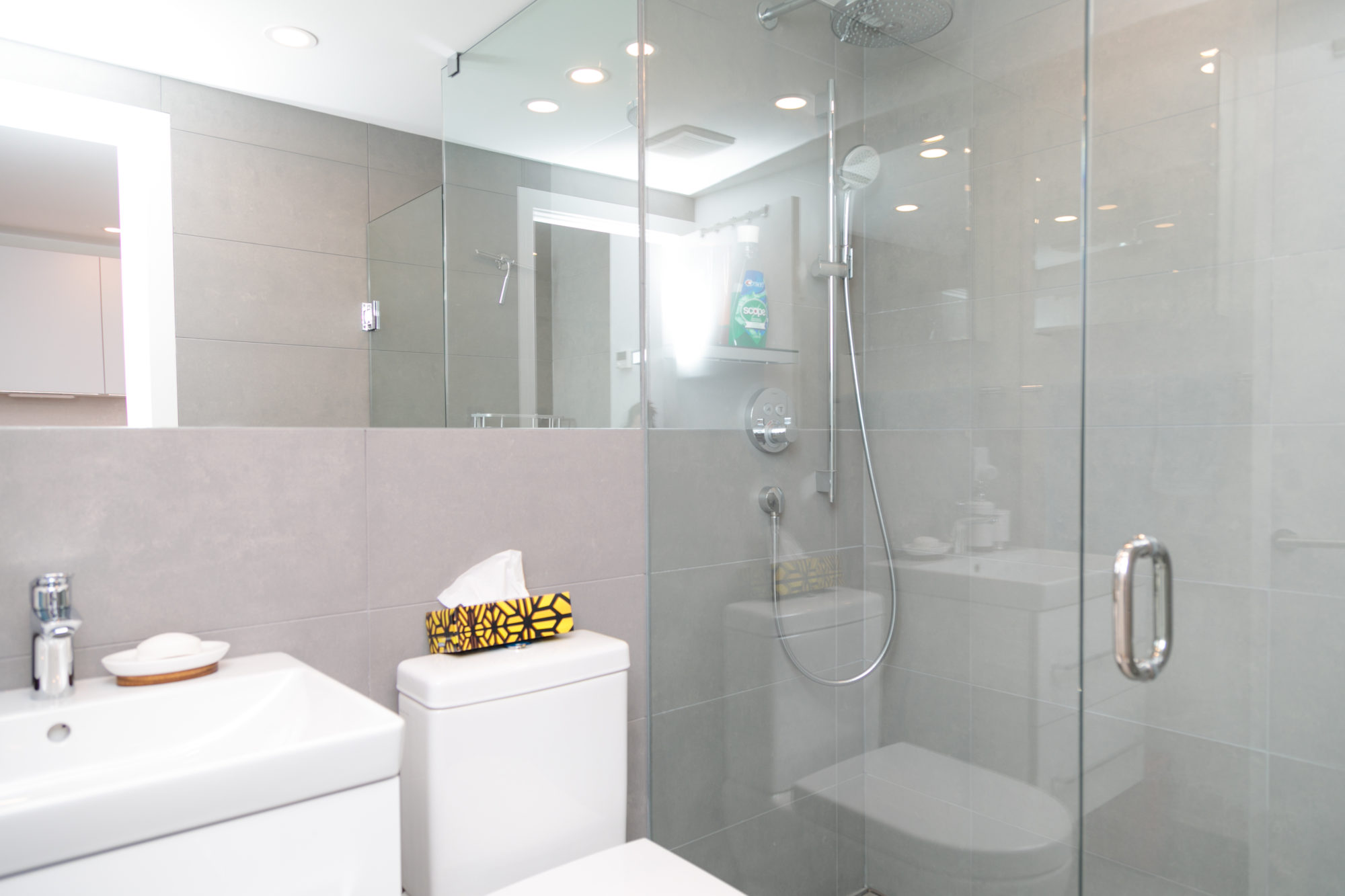