How an actor and musician lives in 315 square feet

How an actor and musician lives in 315 square feet 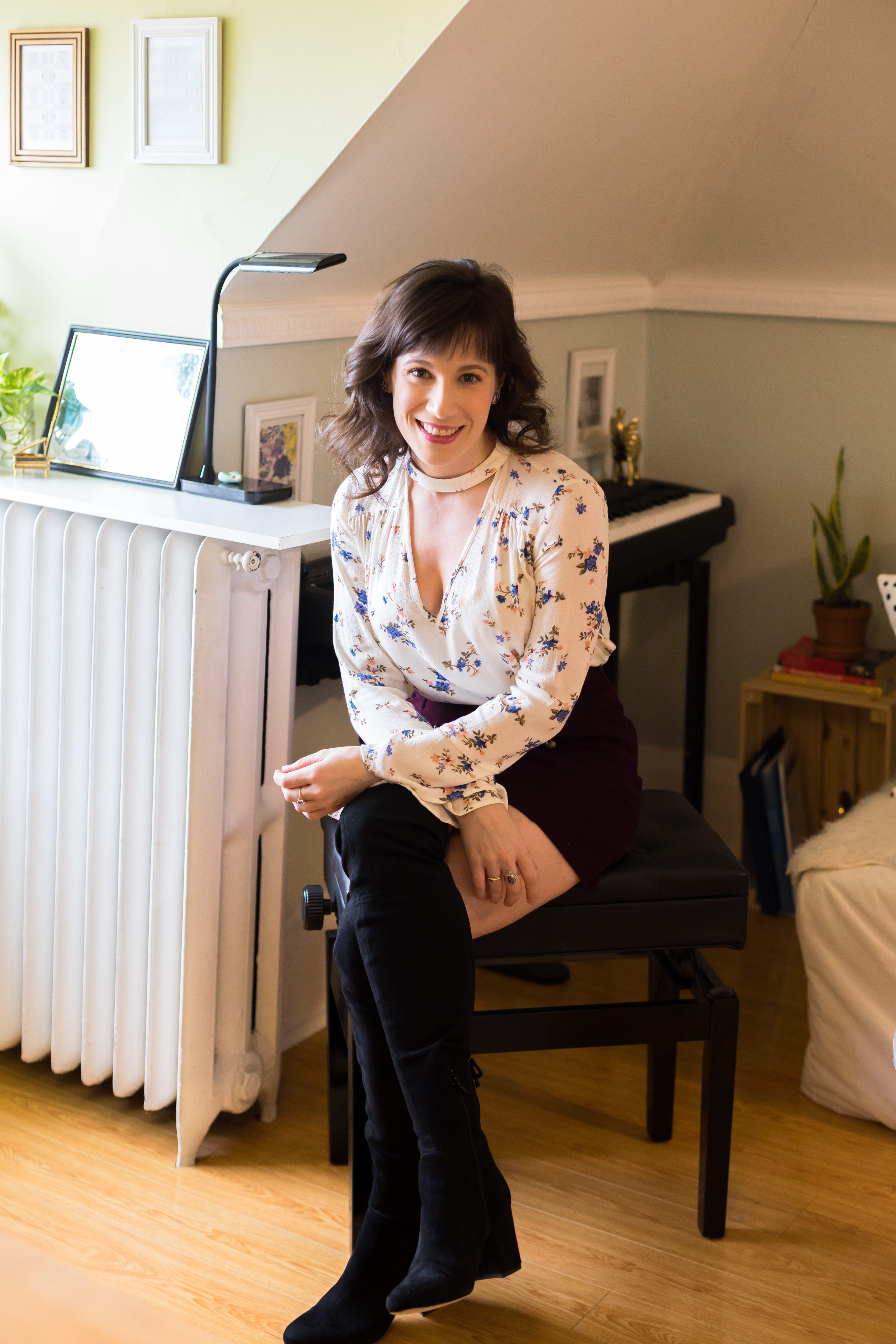 When Chelsey Duplak moved into the third floor of a St. Clair West Victorian three years ago, all she wanted was a living space with a balcony and utilities included for under $900 a month. Sure, the floor slants towards the centre and there isn’t much space to entertain, but, Duplak says, “This space reminds me of my family and cabin back home in Winnipeg. My bed faces north and every day the first thing I see when I wake up is greenery, so it gives me a cozy, cabin-like feeling.”

Each of the space’s challenges has had its own unique fix. Duplak has portable radiators in the winter and a huge fan in the summer to make up for the room’s lack of insulation. Her wardrobe has two of its legs balanced on hockey pucks to keep it level on the uneven floor. What she lacks in closet space she makes up for by routinely donating her excess clothes. She gave her cat to her parents when she noticed it getting increasingly antsy in the tiny room.

Those drawbacks aside, the house has unexpected perks for a performer: Duplak says her neighbours don’t mind listening to her rehearse, and the acoustics of the suite are respectable, because there’s no carpet to muffle the sound.

Sliding doors open to the balcony on the north wall, where Duplak enjoys reading and hosting barbecues in the summer: 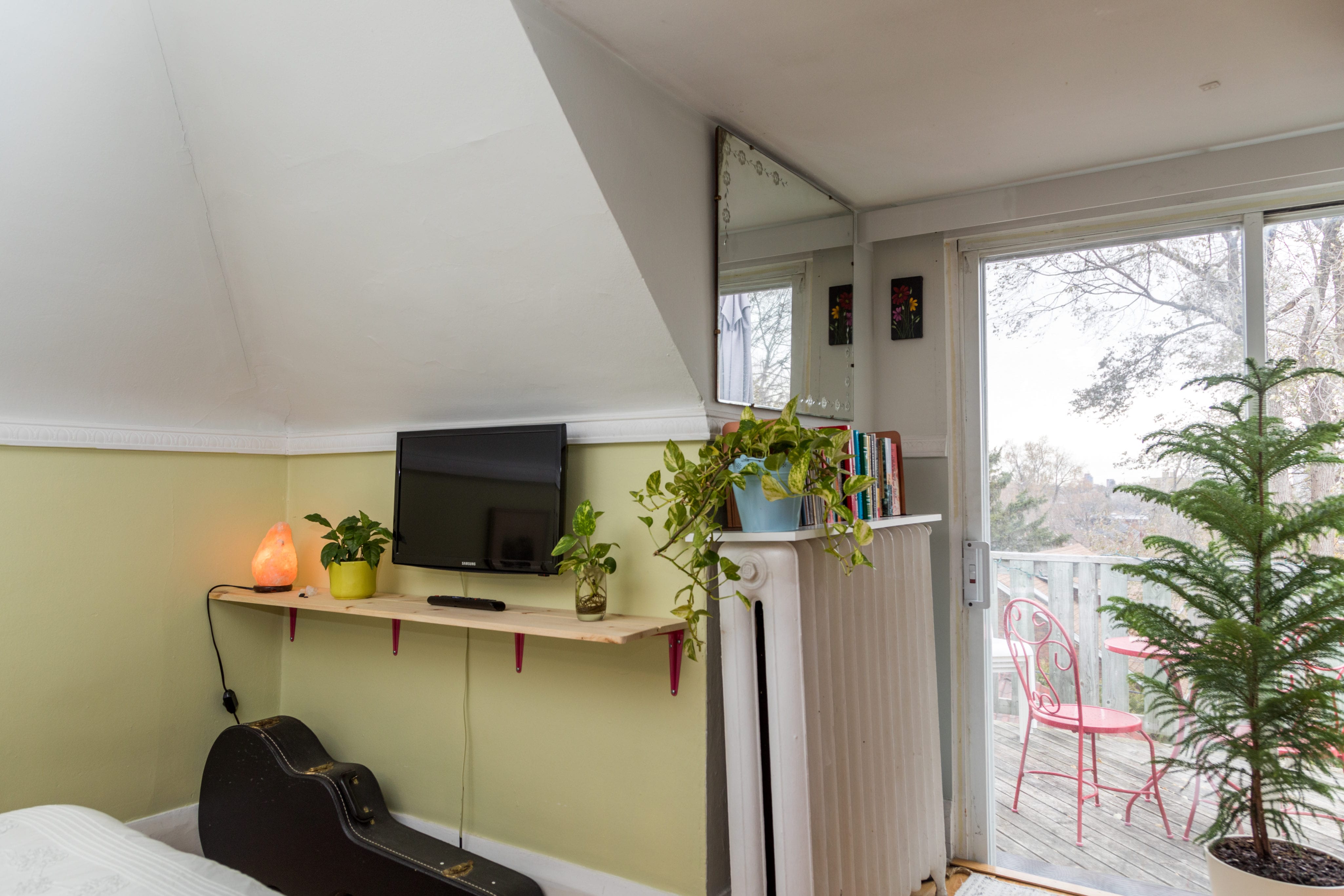 The east wall is the only one without windows. Duplak cooks on a hot plate and also has a microwave, but she can only use one at a time without tripping a breaker. The kitchen island has storage for her everyday dishes, as well as the china she inherited from her grandmothers: 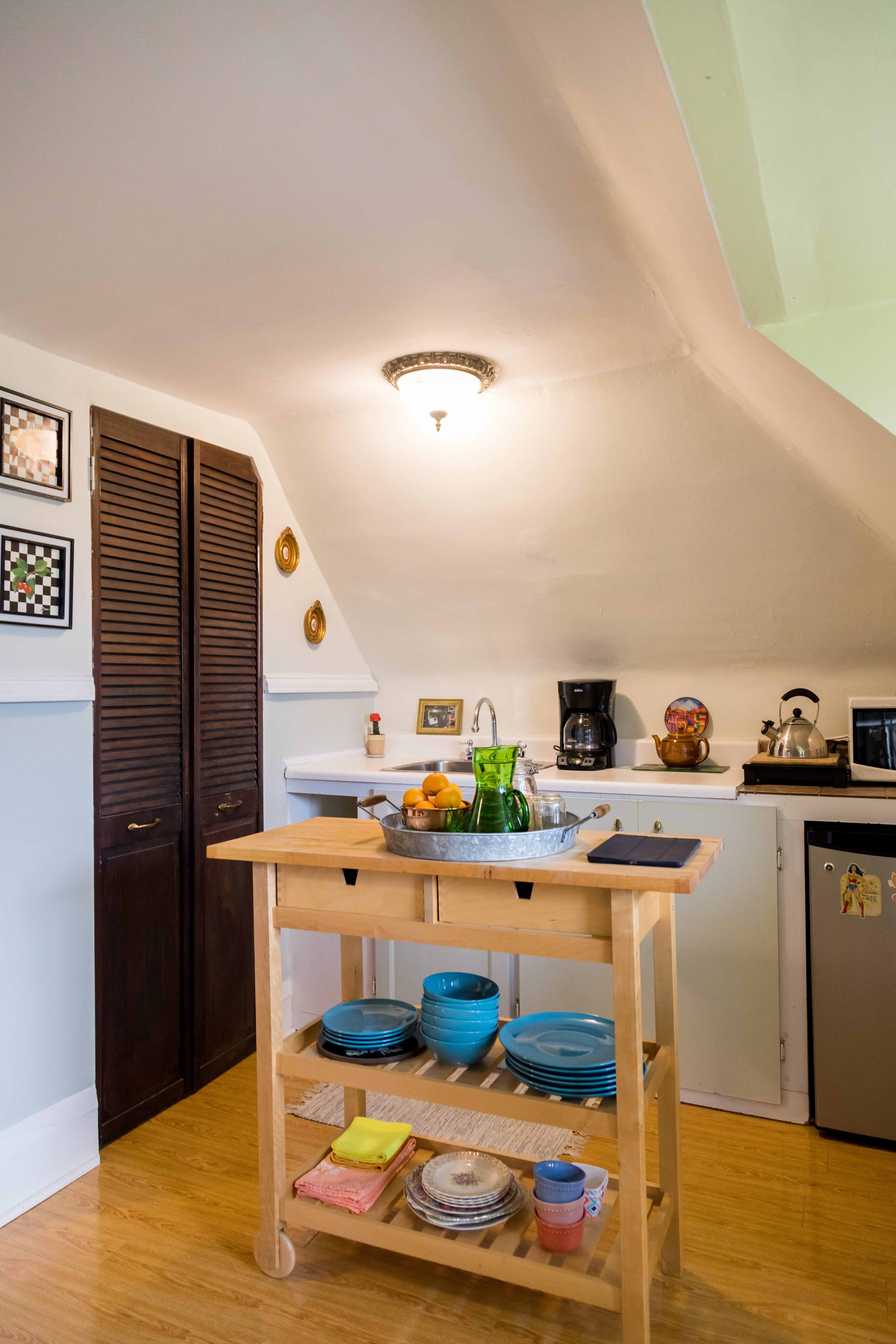 Duplak loves baths, so the tub in the bathroom is a big plus: 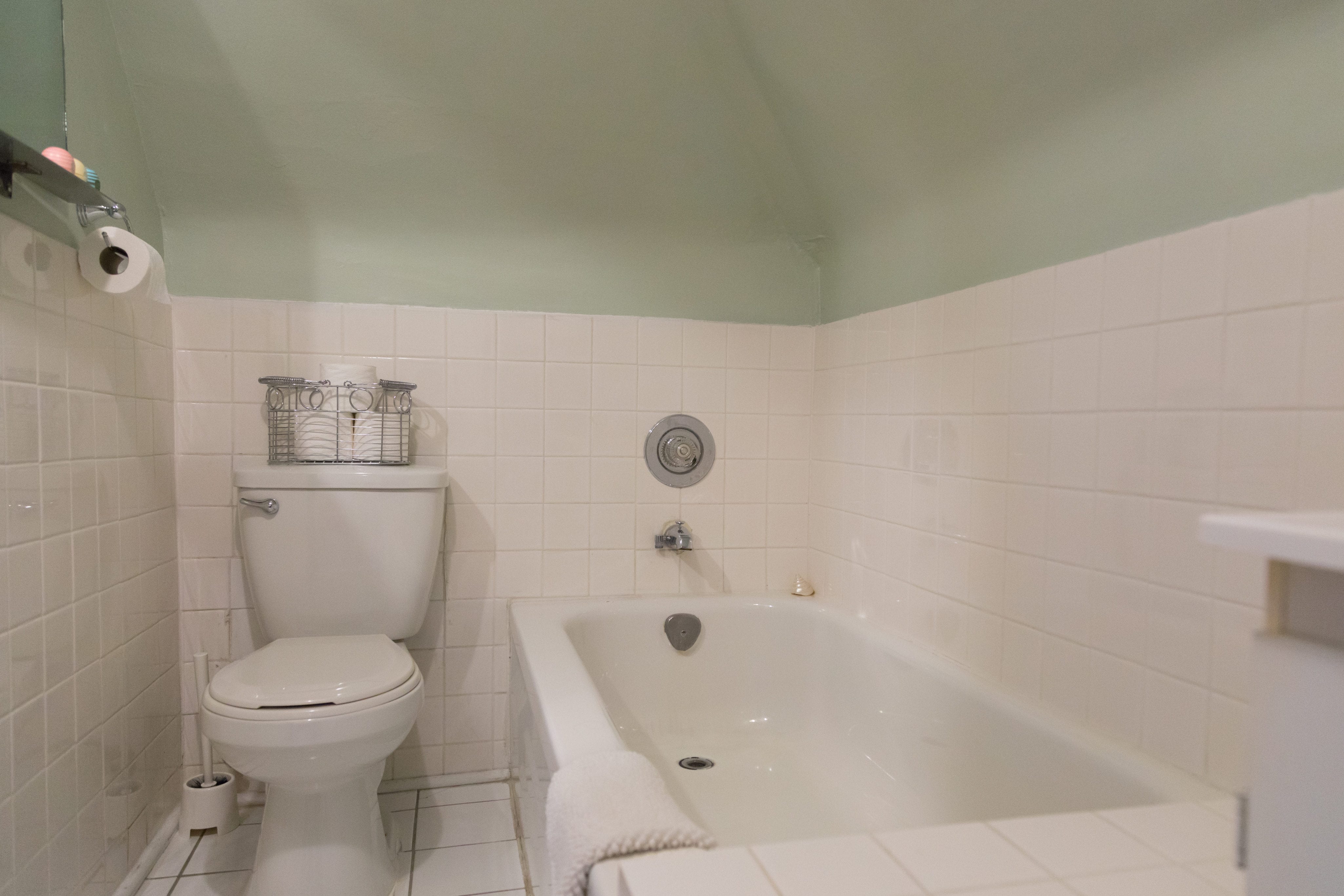 Her office space is along the west wall. It’s where she stores her piano and recording equipment. She stores bulkier equipment, like lighting fixtures, in the trunk of her car: 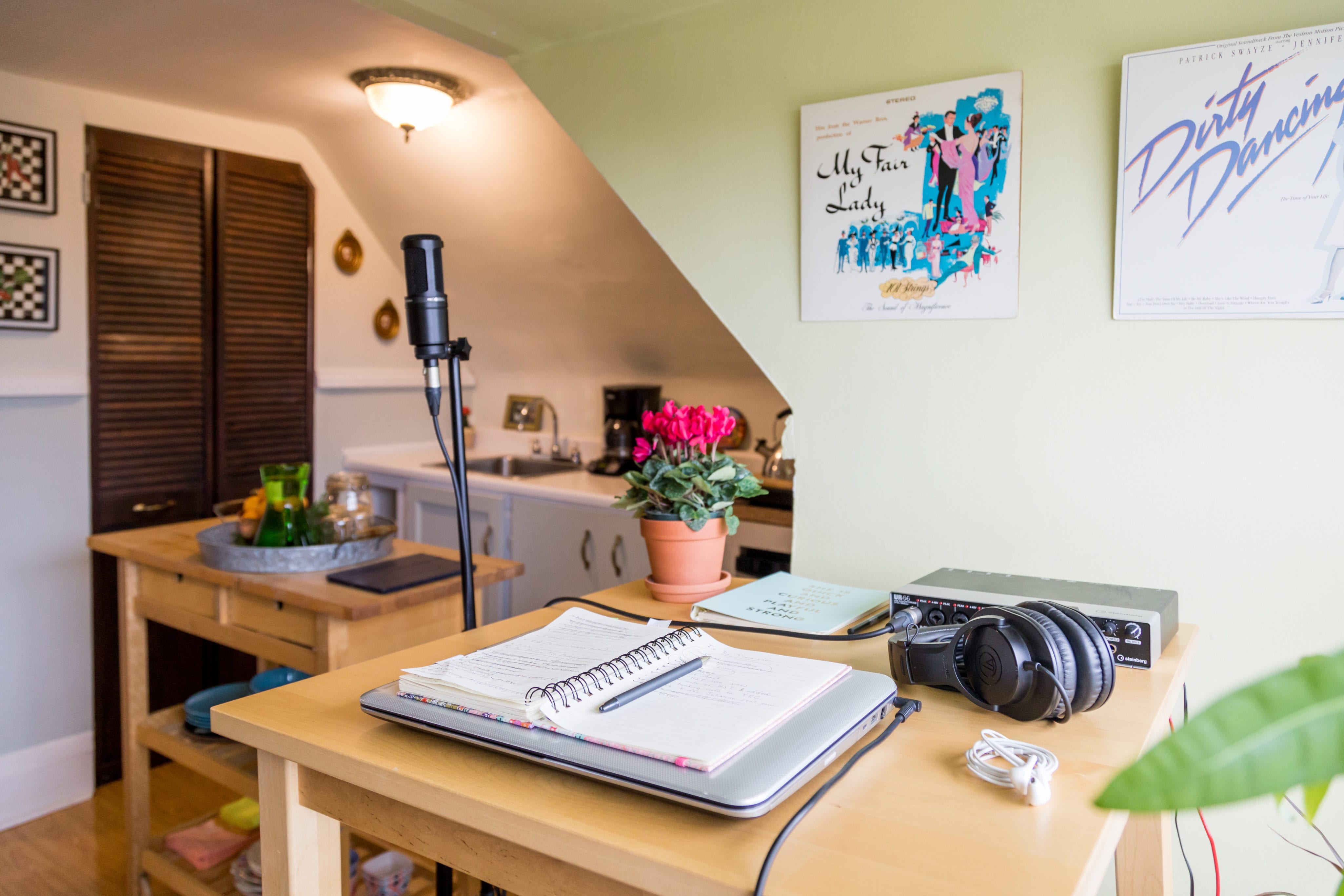 Duplak stores some of her clothing in a cupboard, and some on a rack: 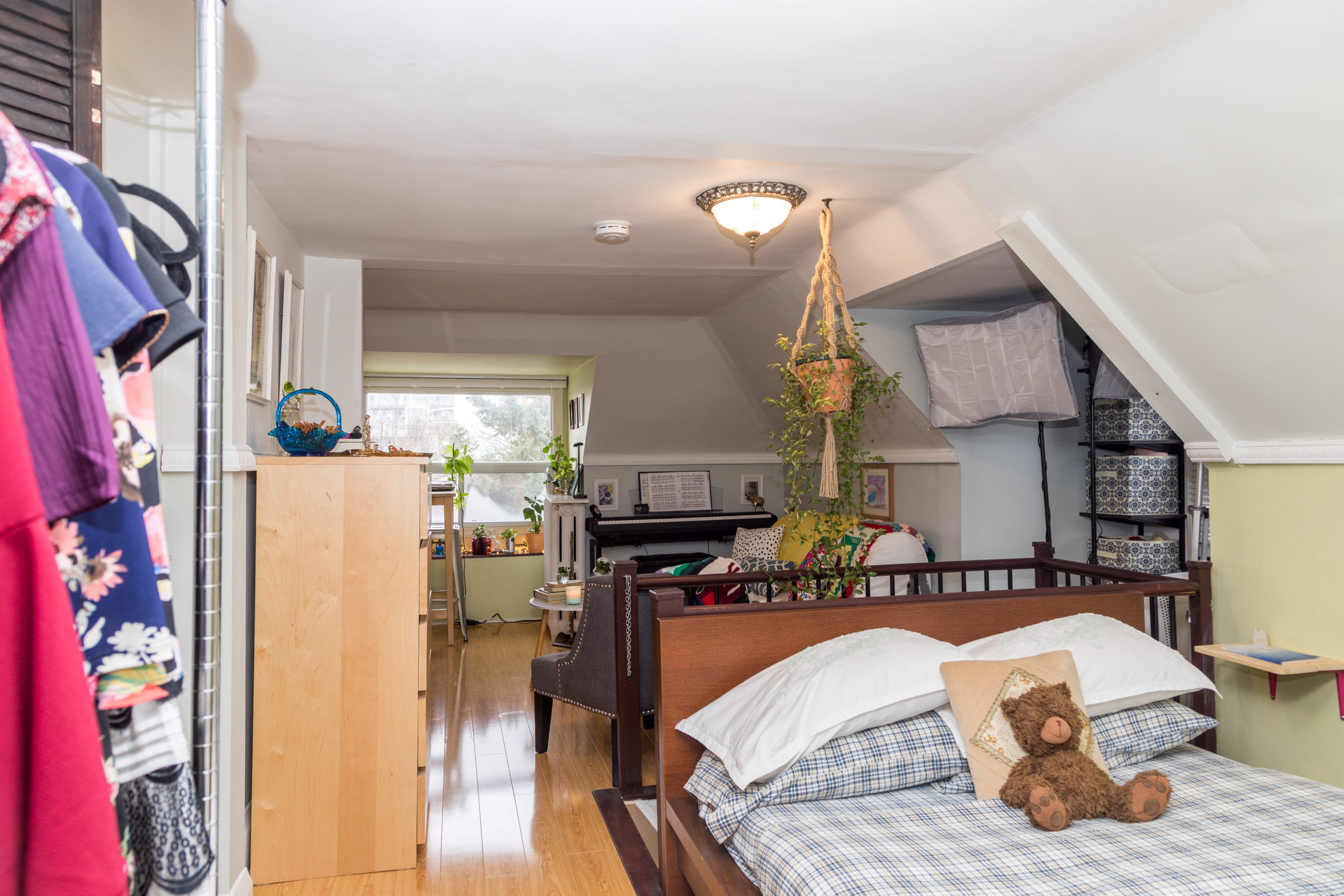