Where: St. Lawrence Market
How much: $1,800 per month, plus utilities and parking
How big: 330 square feet

In June, when Stephanie moved out of her parents’ place in Port Credit and into her tiny Toronto condo, she had all sorts of space-saving ideas. Most of them didn’t work out. The shelves she bought were too large, and there just wasn’t enough space in the unit to slot away IKEA boxes or install new drawers. Even cookware proved to be a challenge in the early days: the kitchen has an oven so tiny that most full-sized baking dishes don’t fit into it.

Now, after a few months of troubleshooting, she says the space feels a lot bigger than it did when she first moved in. Her parents helped her build a kitchen table that was appropriately sized and her boyfriend gifted her a rack that could be affixed to the bathroom wall without cracking the ceramic tiles. Excess clothing and furniture went back to Port Credit or into her storage locker, and she learned to make use of the the east-facing balcony, which has views of the lake and the Distillery Distrct. “This space has taught me about organization and tidiness,” Stephanie says.

Stephanie’s kitchen table serves as a desk when she needs one. Her parents found the tabletop at a Habitat For Humanity Restore: 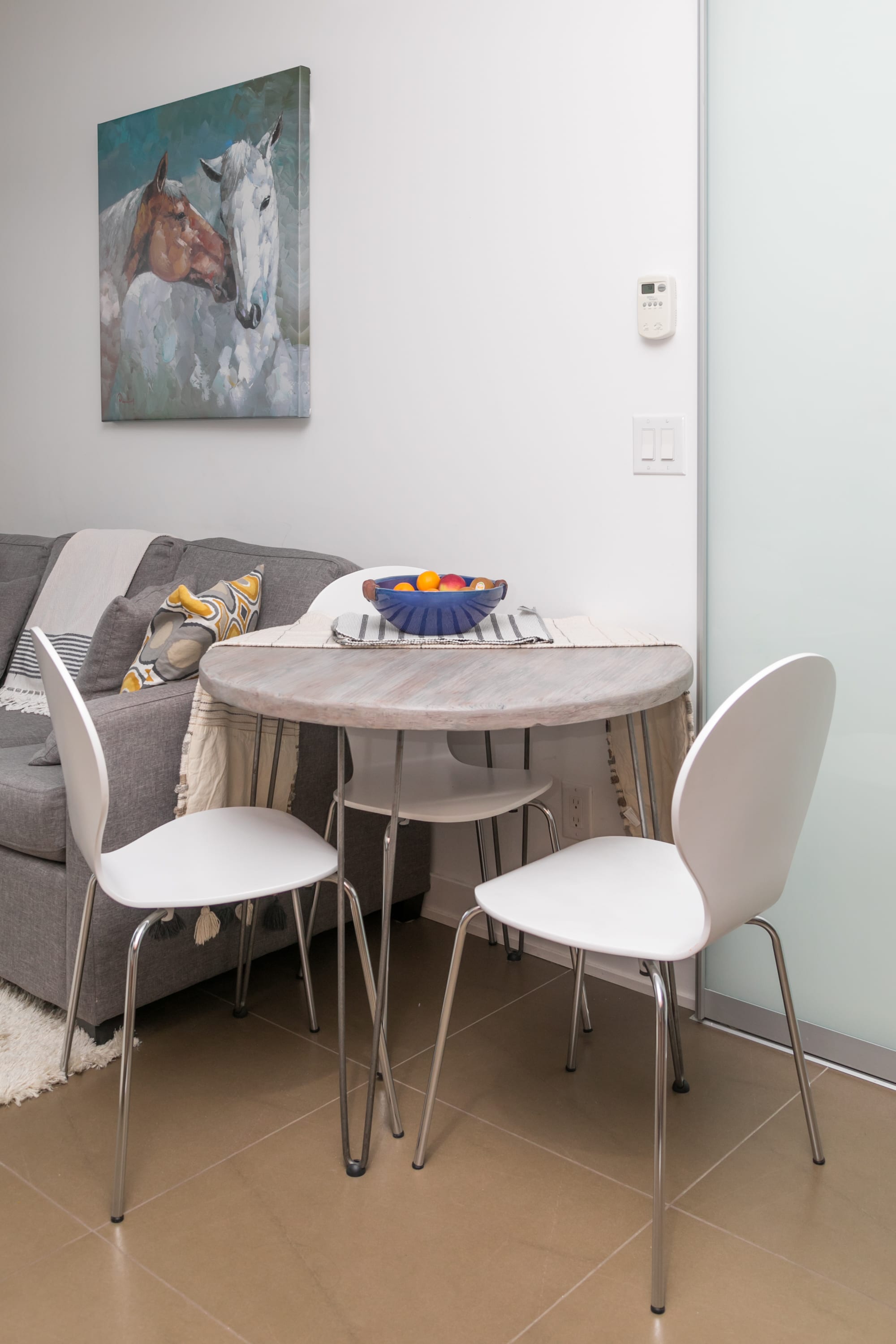 “I kept the bed I was using at my parents’,” Stephanie says. “I didn’t really buy it thinking about its storage capabilities, until I moved here and realized how vital under-bed storage was.” 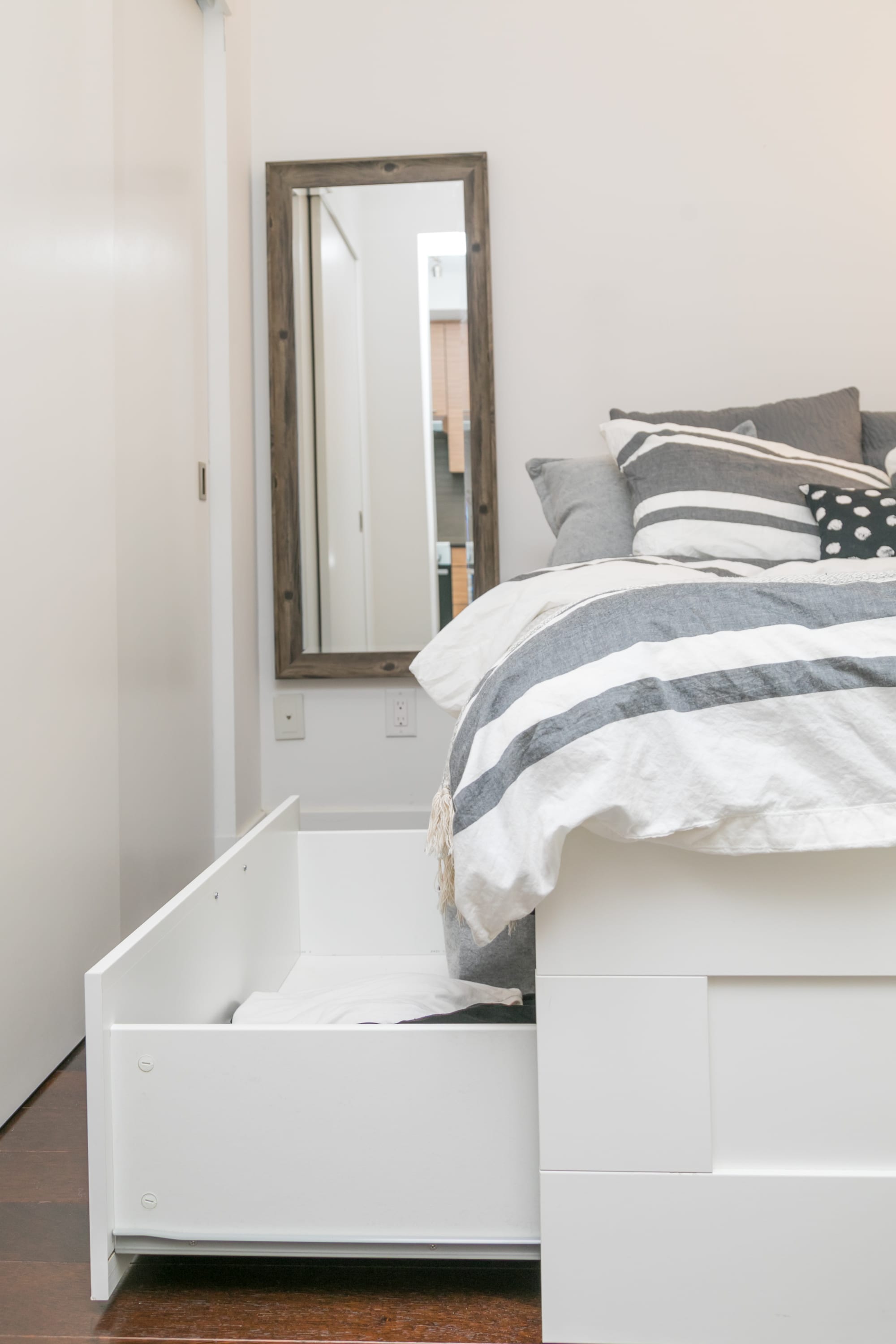 A washer and dryer are in the bedroom closet, which was half an inch too small for the closet’s two doors to close completely. Stephanie solved the problem by removing one of them: 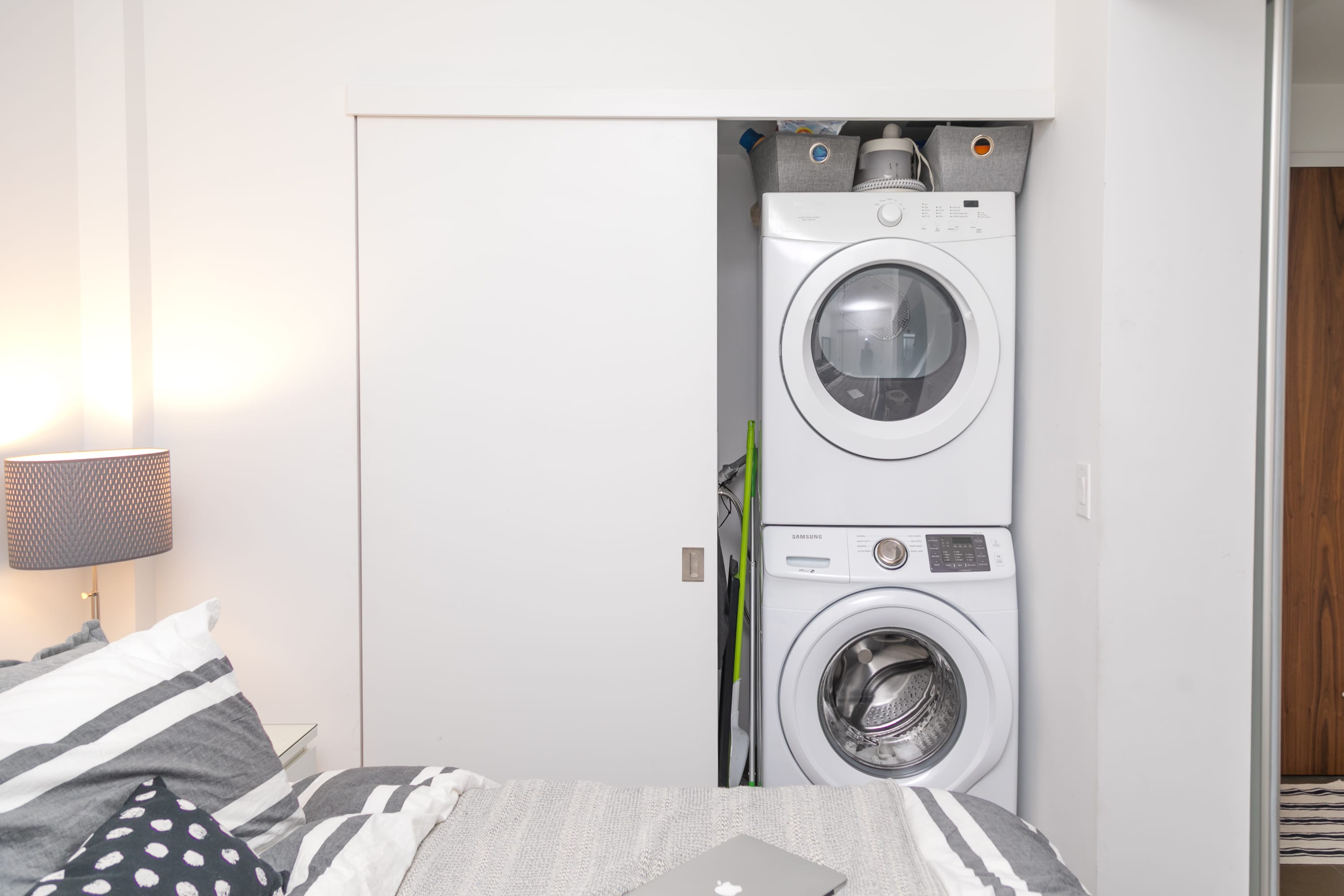 The kitchen doesn’t have much counter space, so appliances and dishes have to be packed away after each use: 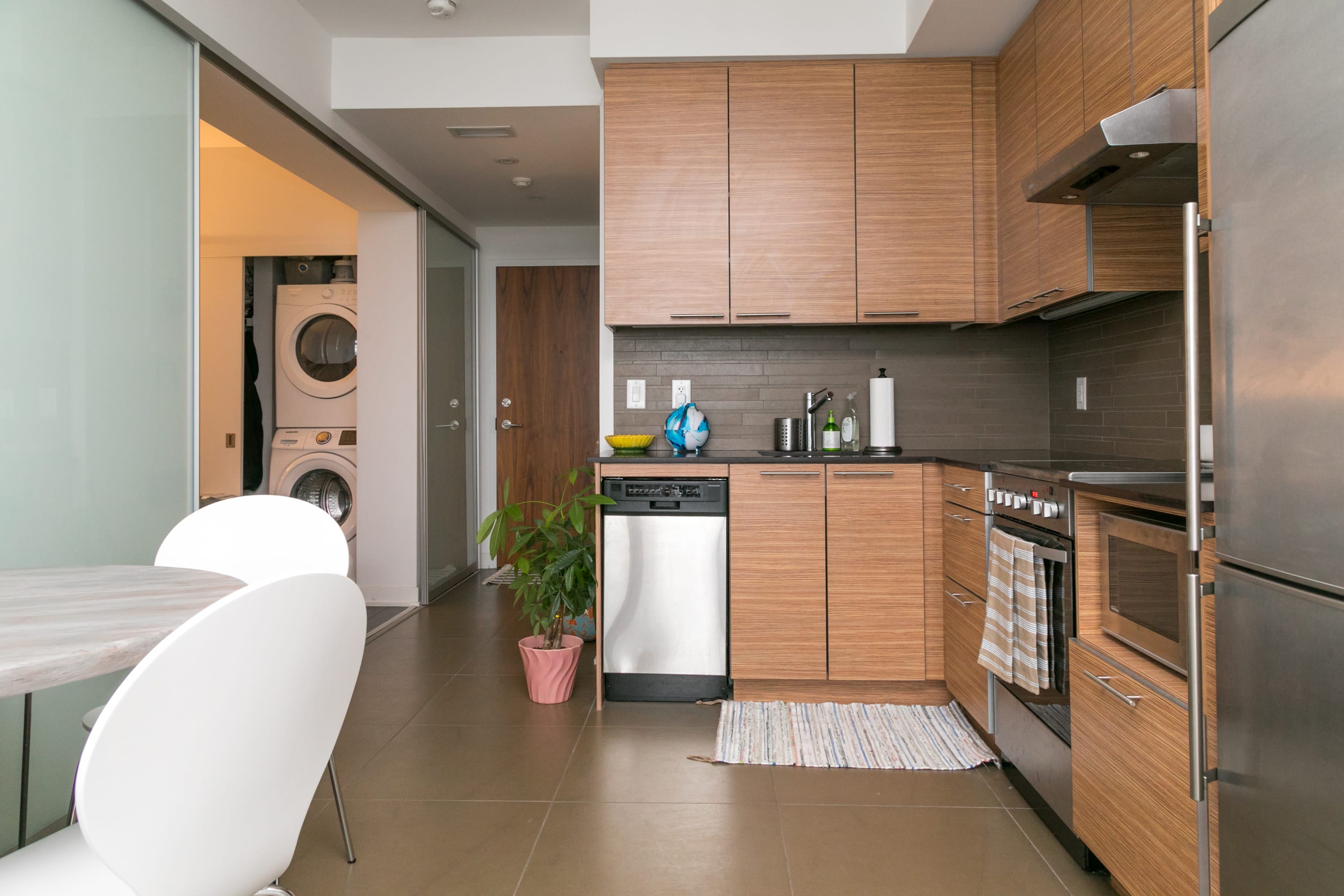 Stephanie was worried that her 55-inch television would be too large for the living area, but her pull-out couch and side table are well sized for the space, so it doesn’t feel cramped: 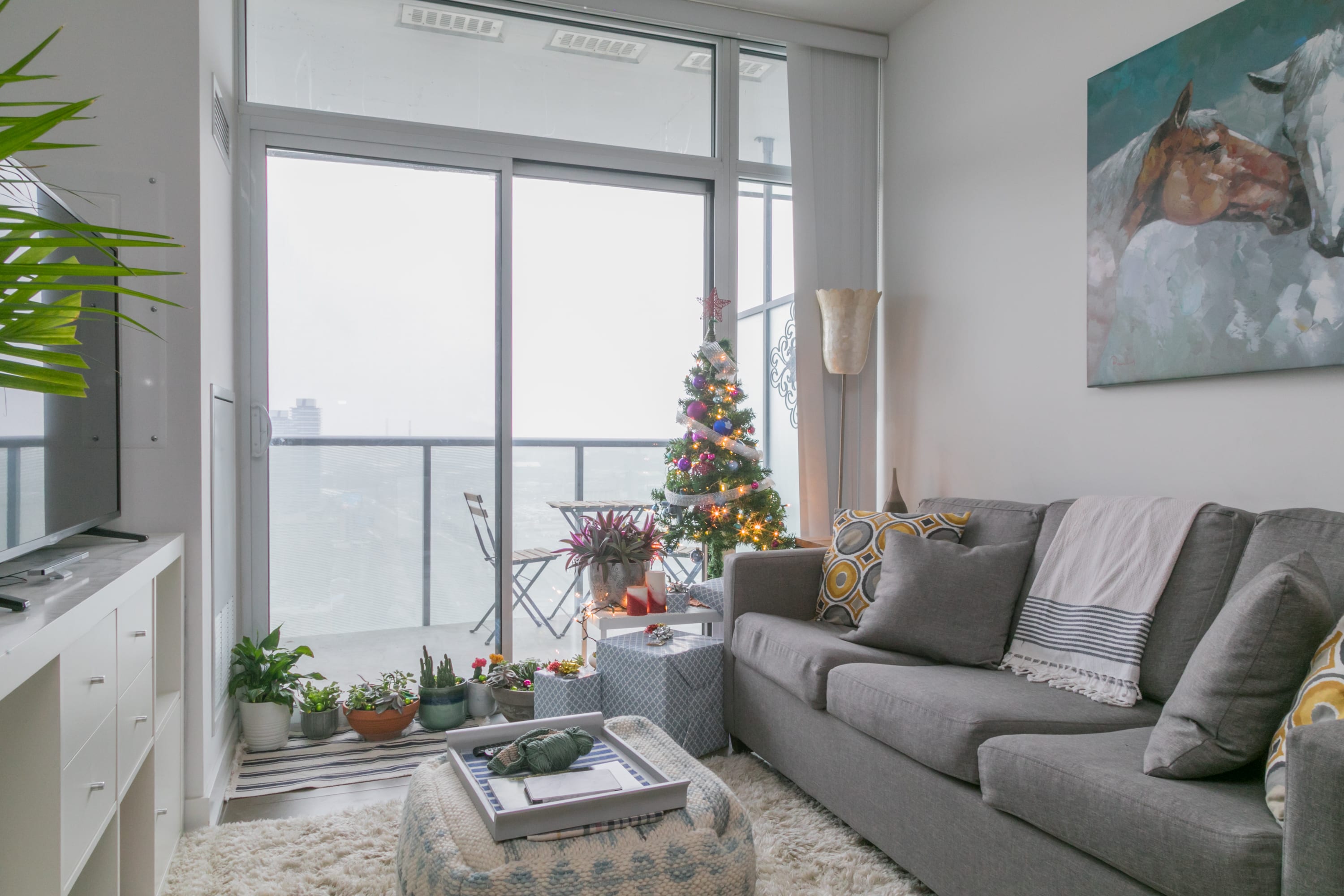 She uses a pouf as a coffee table to save space: 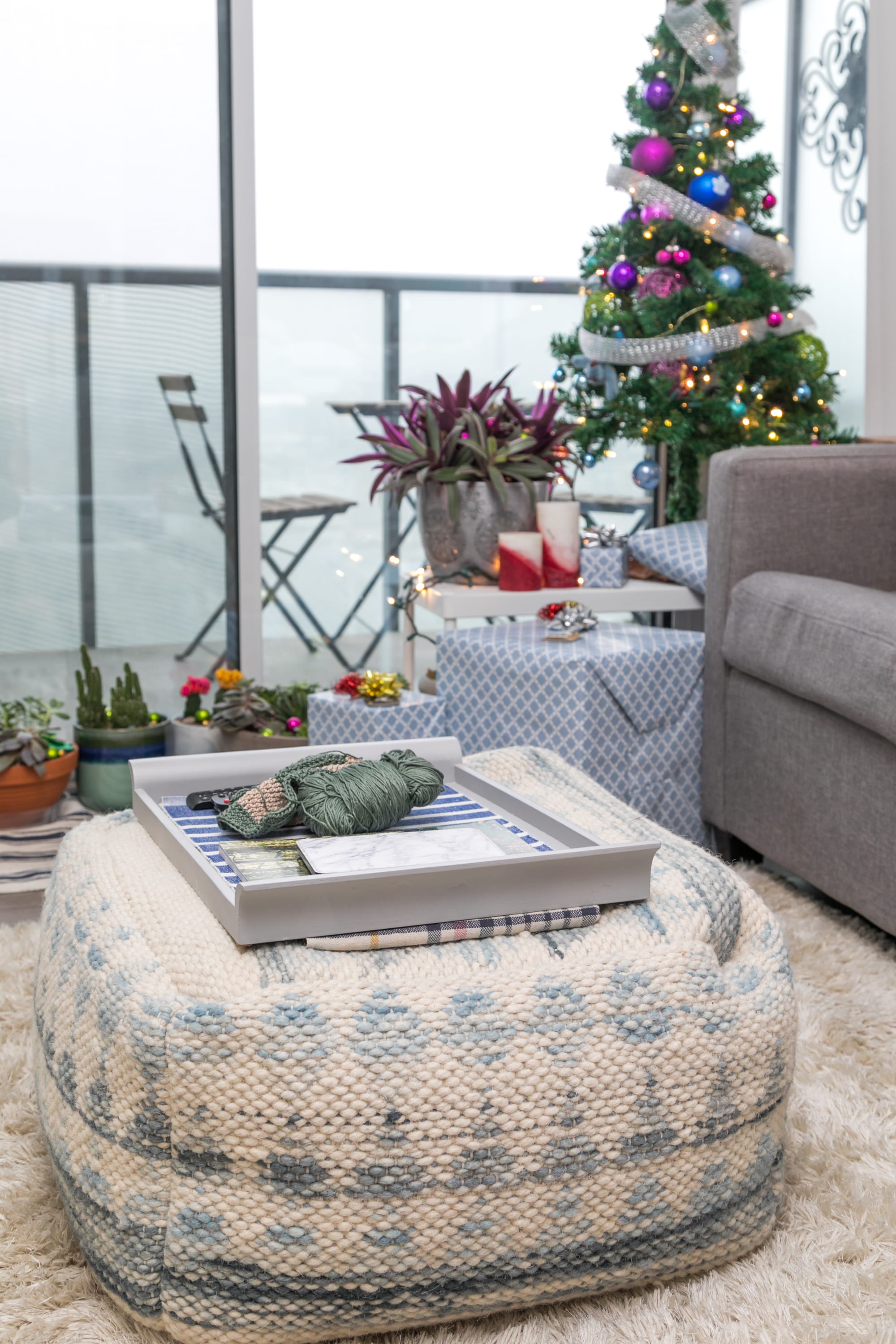