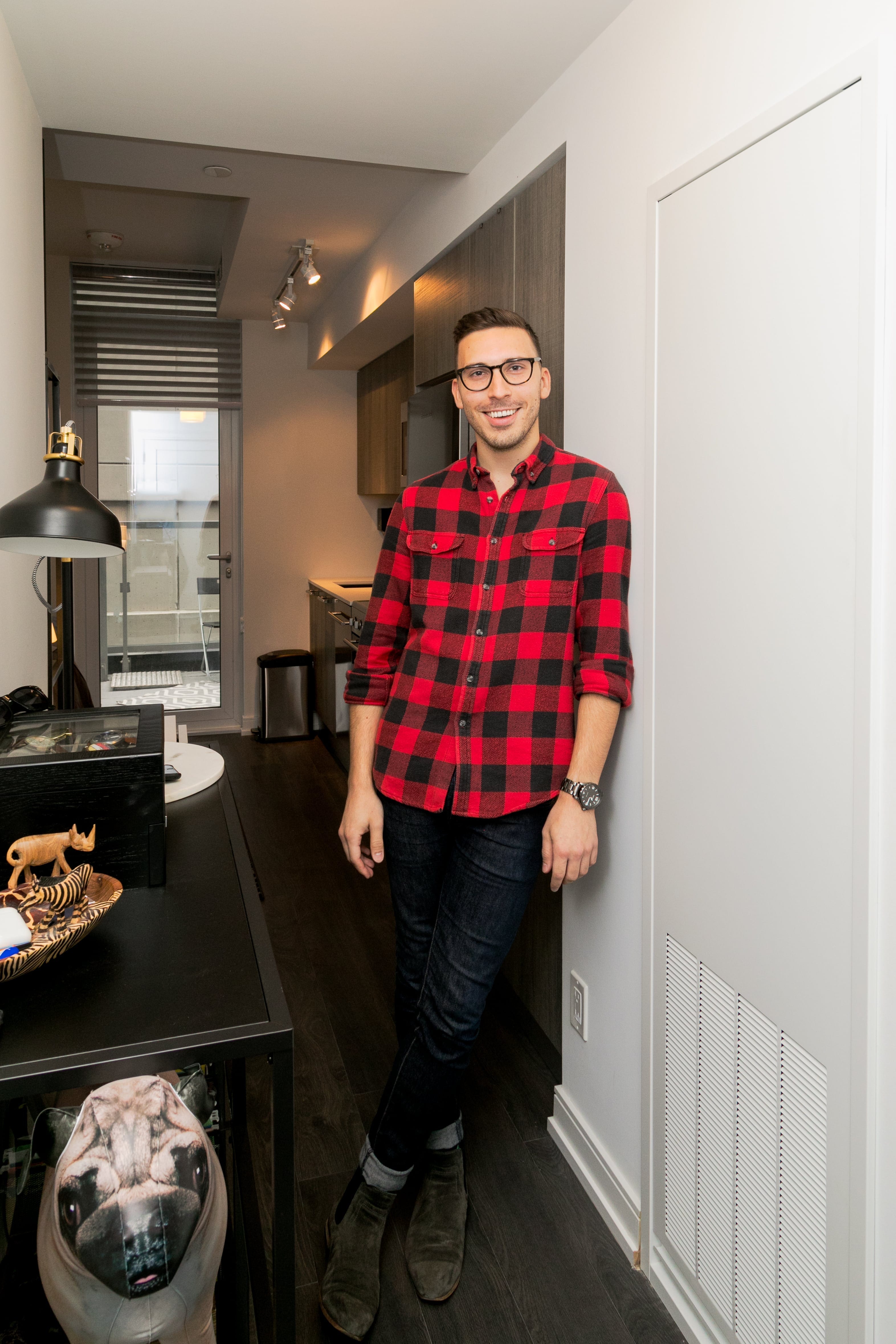 One of the first things Brian Wilson did once he decided to move out of his 850-square-foot townhouse in Calgary was hold a sale. He kept his clothes, his poster collection and a few other items, but his plants, his furniture and everything else had to go. He had a new mantra: “Between Ikea and Pinterest, I can figure it out.”

Luckily for Brian, his minimalist tendencies meshed well with his new apartment, a diminutive studio in downtown Toronto, which he had never actually seen in person until August, when he moved in. (He toured the place remotely, on FaceTime.) The suite is large enough for a TV, a bed and a dining table for two. True to his mantra, his belongings are housed mostly in Ikea furniture. As he puts it, “I’ve taken a lot of stuff that I’ve collected over the years and rolled it into a package, like a sushi roll.”

The TV sits at the foot of his bed, atop a shelving unit: 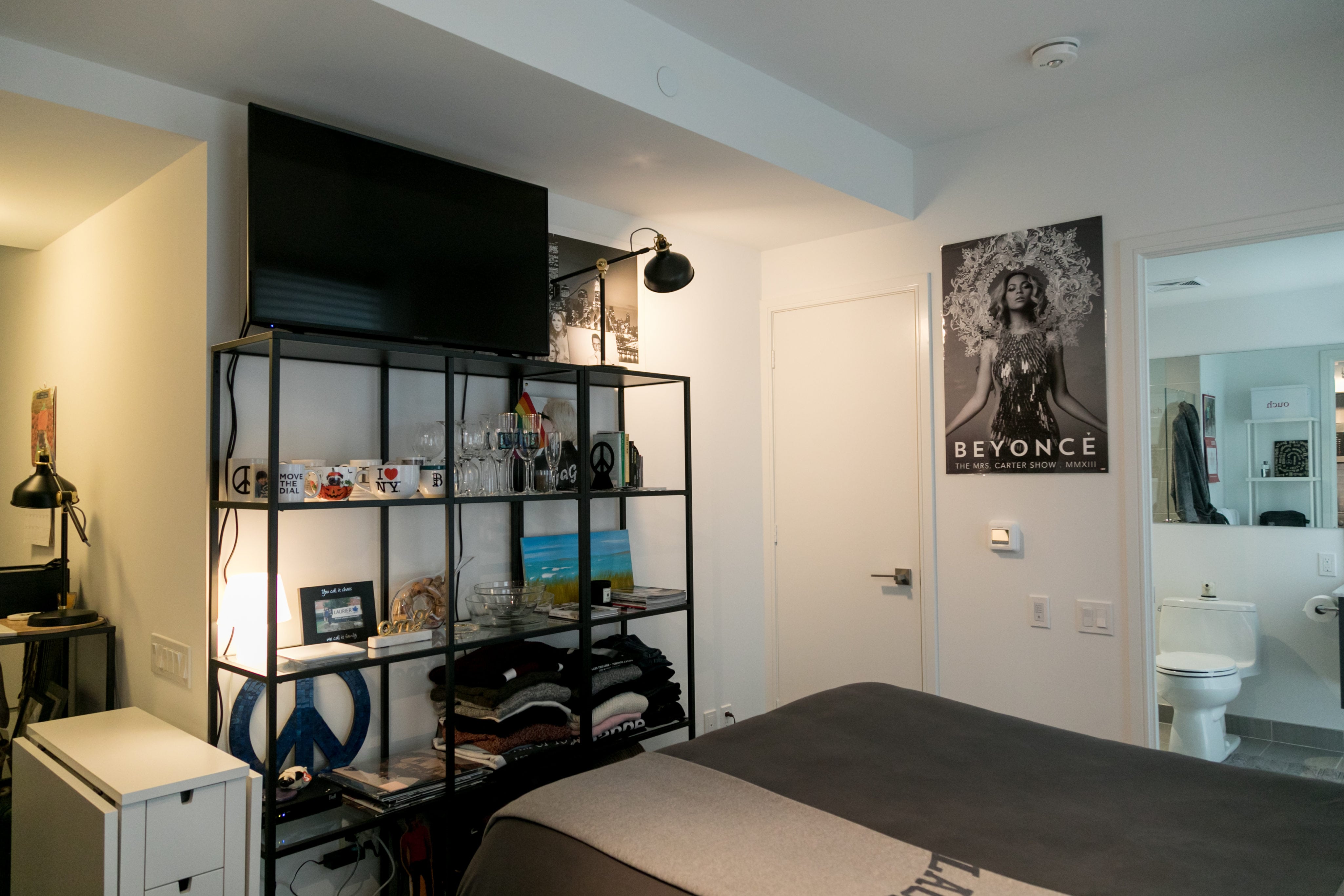 Brian’s clothes are spread out over three shelving units, a wardrobe, a closet (in which he installed an extra rod for more hanger space) and the storage space under his bed: 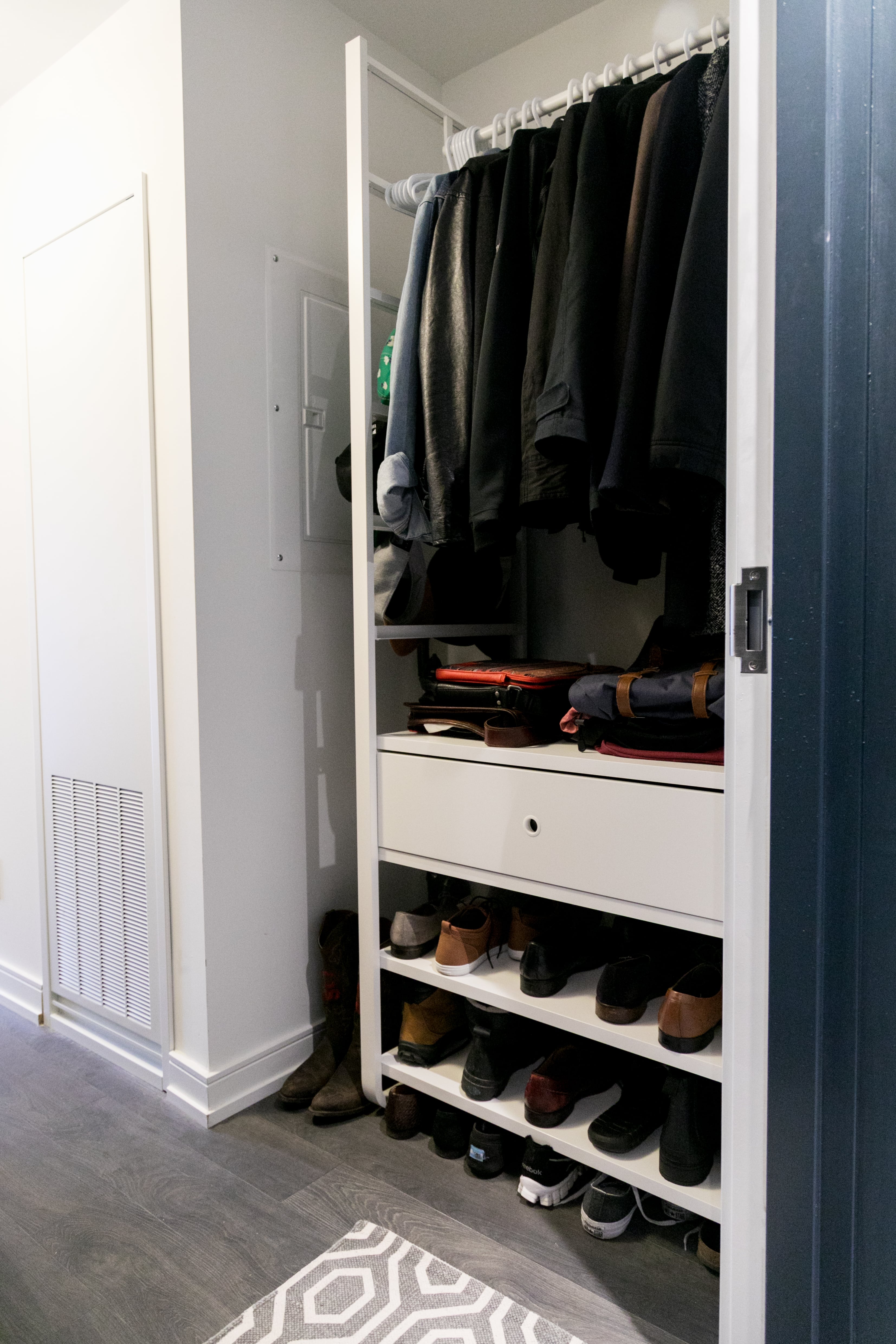 As much as he enjoys pugs, Brian had to pare down his stock of pug-related paraphernalia. Three items made the cut: two pillows and an inflatable pug that his coworkers in Calgary gifted him when he left town. 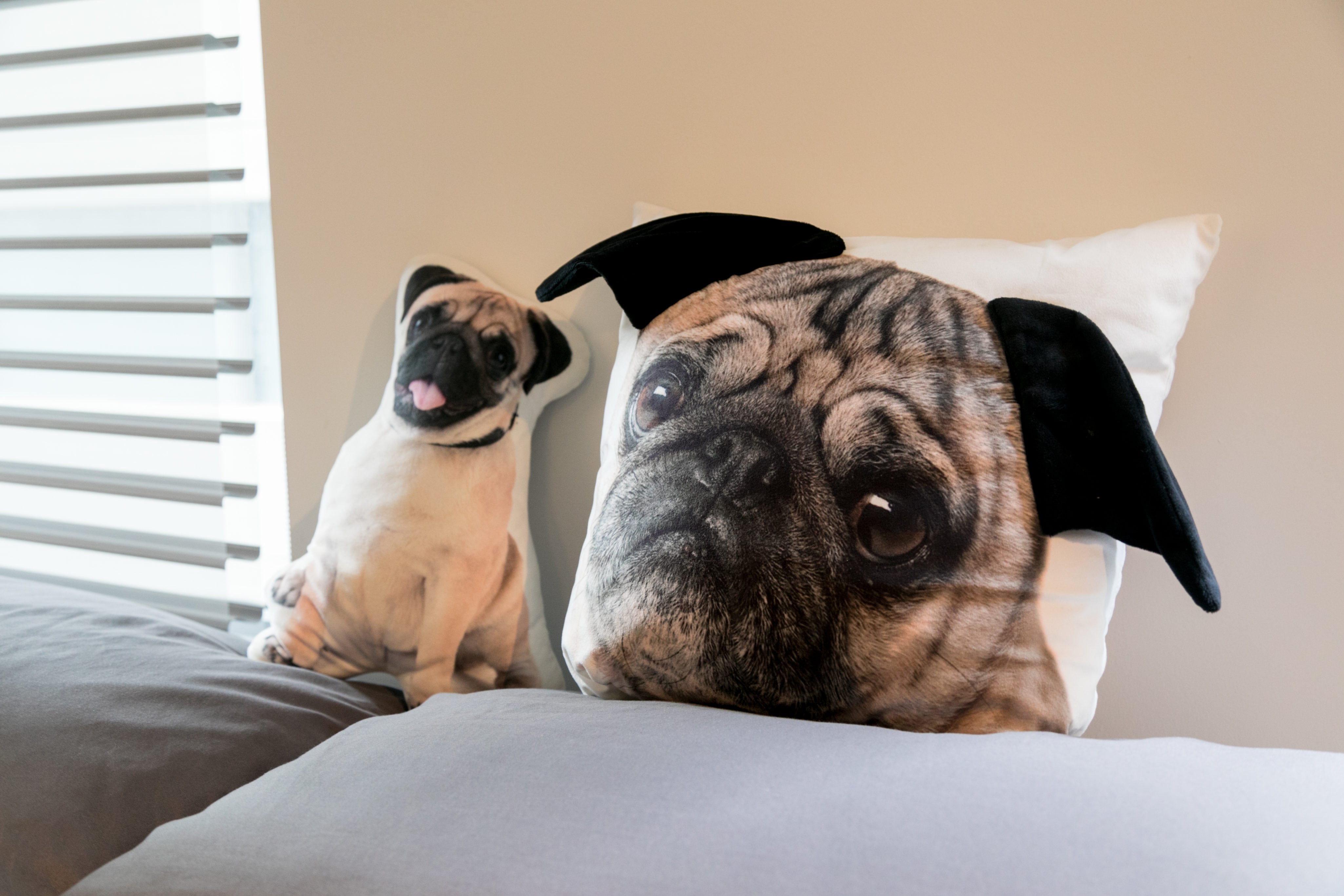 The kitchen is short on counter space, but Brian rarely cooks. A tiny dishwasher keeps things tidy without adding much bulk: 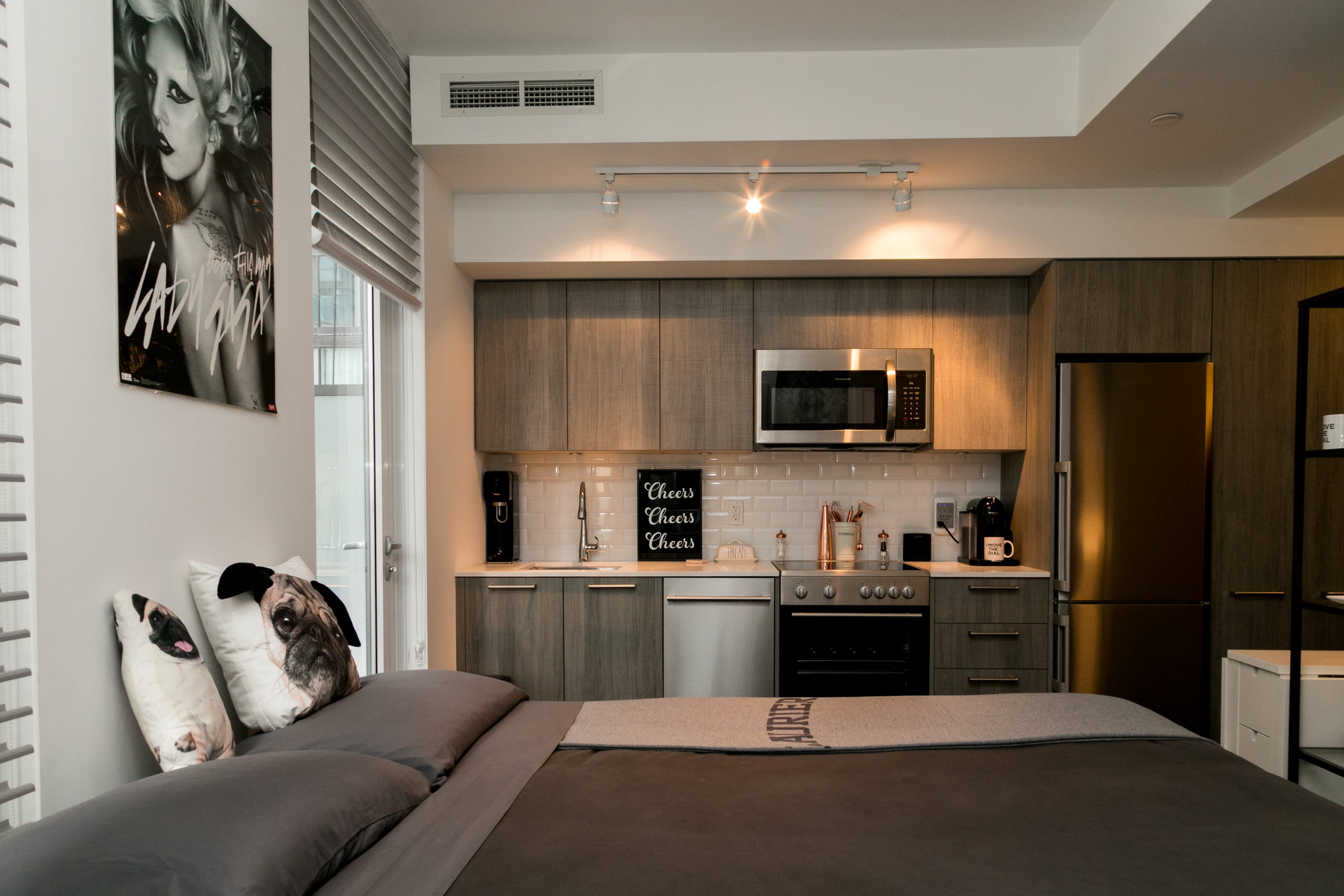 For such a small condo, the bathroom is fairly spacious: 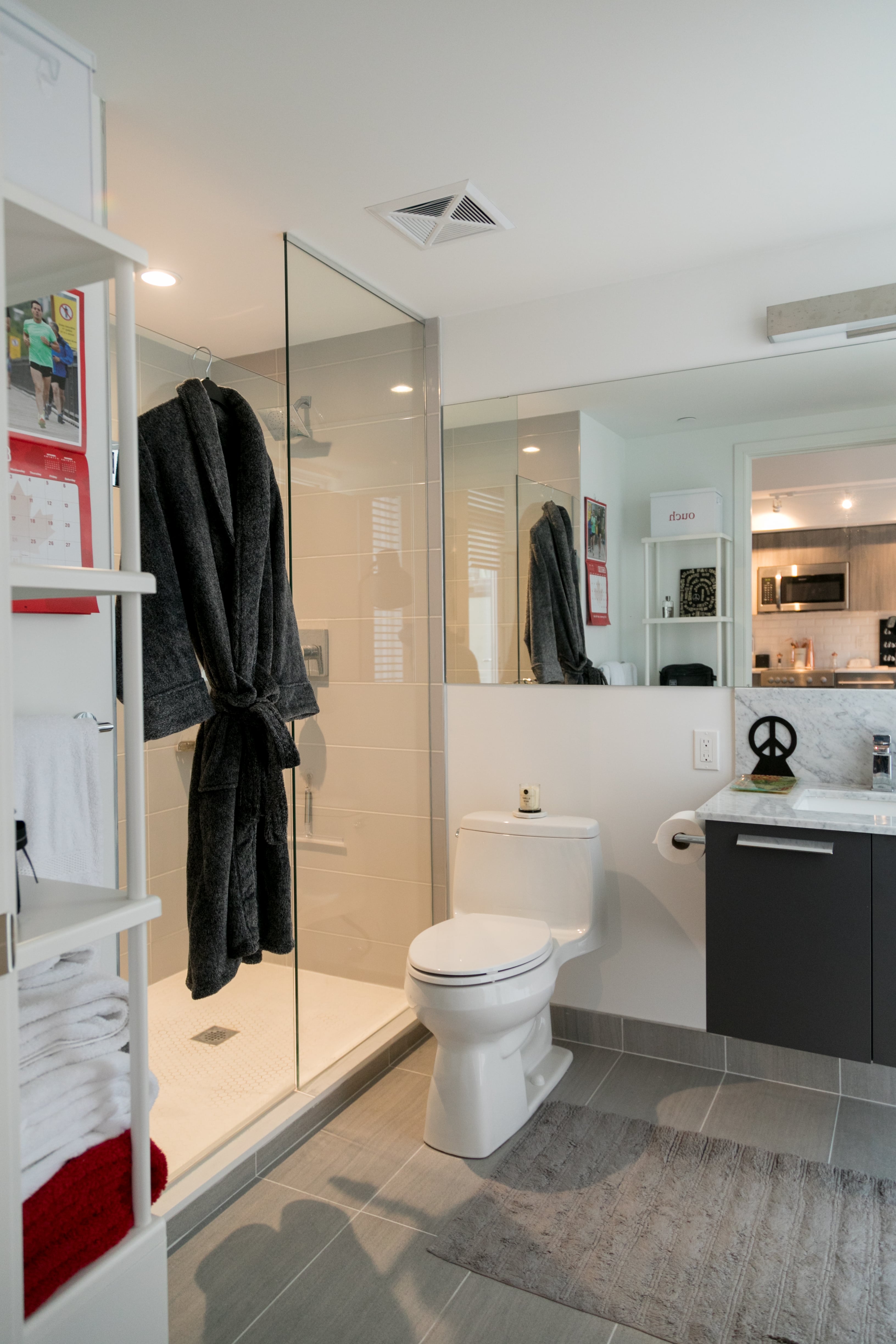 The balcony adds a bit of extra living space: 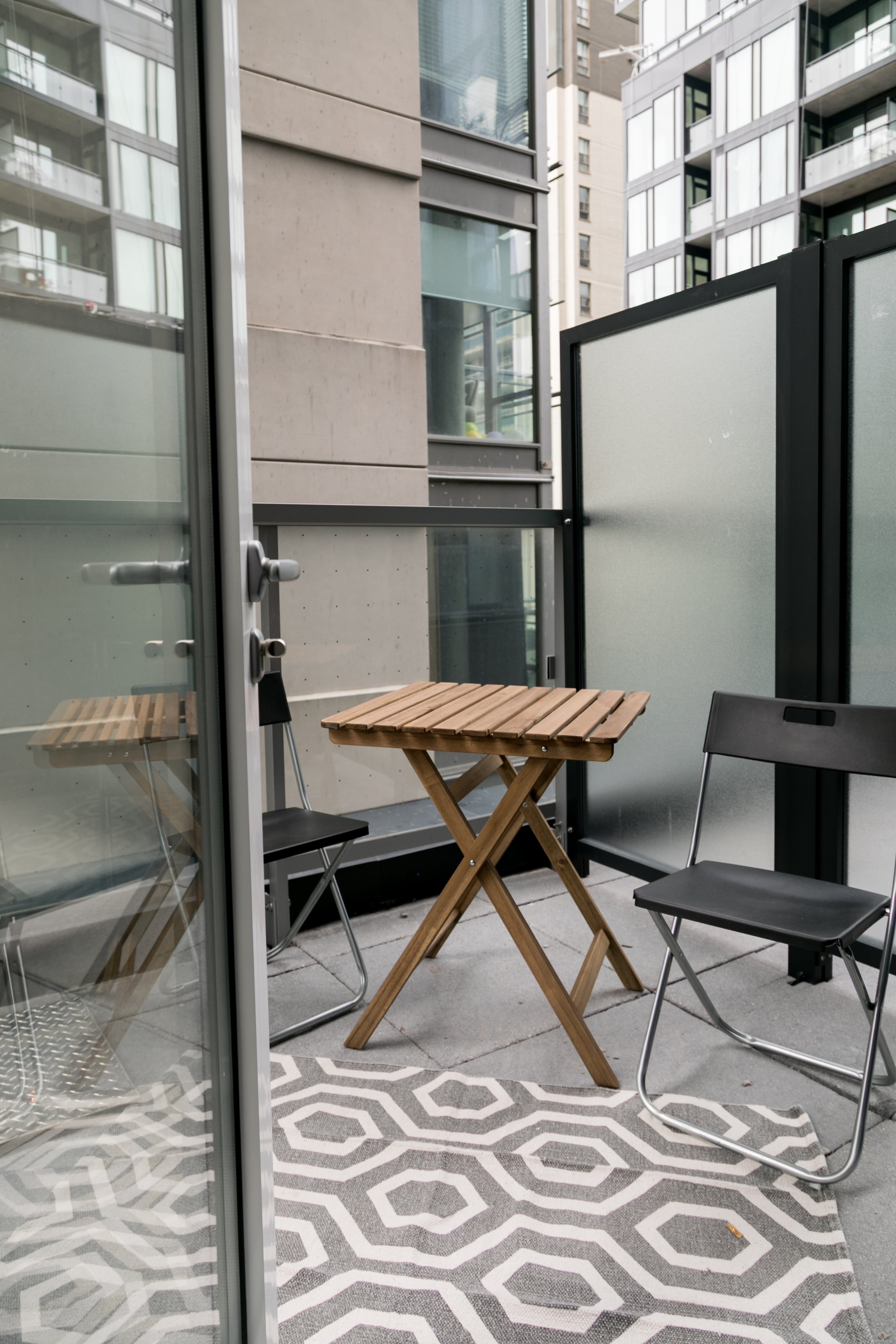