“Our videos were getting three times the views after Covid”: How this Toronto-based cleaning business found millions of followers on YouTube

“Our videos were getting three times the views after Covid”: How this Toronto-based cleaning business found millions of followers on YouTube 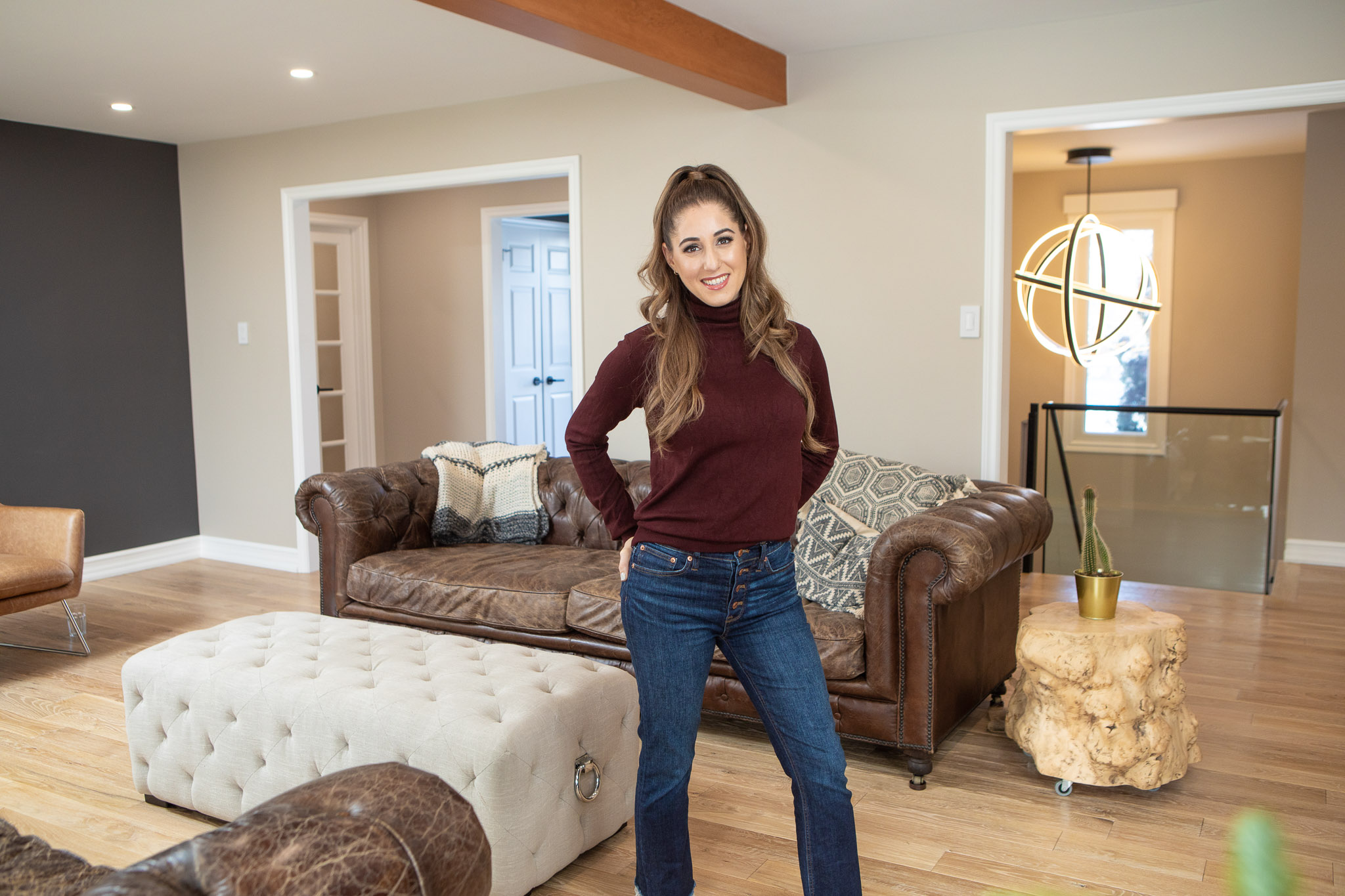 I grew up in Thornhill and graduated with a business degree from Schulich in 2005. After graduating, I wasn’t quite sure about my direction, so I got a job at a bank reviewing small business loans for entrepreneurs and startups. I felt like I was being taunted every day by entrepreneurs who would come in with great ideas to get their loans approved. I was sitting at a desk job, reviewing financial statements and business plans while scratching my head wondering what I should be doing. A year later, I decided to quit my job and figure out my next move. I was 23, still living with my mom and at the beginning of my career. I didn’t have a mortgage or kids so if I was going to take a risk, this was a great time to do it.

I started working at the Keg as a server while I figured out my next move. At the time, my friends who had graduated from school with me had moved out and got their own apartments or condos. They were living this busy life where they were working, working, working and didn’t have the energy to clean when they would come home. That’s where I got the idea and I started putting a business plan together. The funny thing is that I hate cleaning and I didn’t know how to clean. I saw an opportunity in something I hated because I knew others hated it, too. If I could solve a problem for people like me, I’d have a thriving business.

YouTube was barely a thing back then and there wasn’t much on the internet about cleaning so I got books and VHS tapes and DVDs to learn how to clean my home effectively. I started the company, Clean My Space, in 2006, three months after I quit my job at the bank. After about a year, the cleaning business was going well enough that I could quit my serving job and I hired a team of cleaners to work with me. Business was booming and I was able to hire more staff. In 2008 I got asked to be on Steven and Chris for a segment about ironing.

By 2009, I had earned enough from the cleaning business to purchase a 1,780-square-foot townhouse in York Region with my husband Chad. He was working in web design at the time and helped me with some of my marketing. In 2011, he said: “Why don’t we make a YouTube channel to help you rank better in Google searches.” Nobody really knew what YouTube was for. There were a few instructional channels and cleaning channels out there at the time, but we felt that we could be innovative and mix fun with instruction and information.

We started with horrible equipment like a point-and-shoot digital camera from the mid-aughts and had no audio equipment. My first videos were about how to clean salt stains off of winter boots, cleaning coffee stains out of mugs and getting rid of kitchen odours. We posted once or twice a week and would get a few hundred views on our videos. Then a month later, we had our first viral video which was about how to clean grout. It now has 2.2 million views. It was a very exhilarating experience watching a video go viral and my husband and I would hit refresh on the video, again and again.

In 2013, we got our first sponsored content deal to make a product review video with a company that makes steam cleaners. That was a big moment because I realized my YouTube channel could be a viable source of income. A year later, in 2014, we got to the point where we were making enough money from the channel that Chad could quit his job as the head of marketing for a commercial oven company. A month after Chad quit his job, our channel reached 100,000 subscribers.

I’ve heard from readers that moved out of the house and had no idea how to clean but used my videos to figure out how to clean a stove and a recently divorced person who had no clue how to do their laundry. In 2015, we started a line of microfibre cleaning cloths and cleaning tools called Makers Clean. We sell online through our website, so we’re not even in stores, but we’re in talks with a major retailer. In 2017, I released a Clean My Space book. It was an Amazon bestseller and was reprinted in Polish and Korean. We were still creating similar videos compared to when we first started, with a mix of how-tos, and responding to viewer questions.

In February 2018, I had my daughter, Riley and few months later, we hit a million subscribers. It happened during an exciting and hectic time because we had bought a 5,600-square-foot bungalow with a huge backyard near the city, and we were just moving in. We were in the middle of renovating it and Chad was living in the basement while I was staying at my mom’s place with Riley. Chad and I got on the phone together to watch the numbers shoot up. It was something we had been working so hard on for so long. The success of our YouTube channel was part of the reason we were able to afford our new dream house. I’m pretty financially conservative, but we’ve also been able to treat ourselves. We both drive cars that we really love. We have a Mercedes and a Lexus. If I didn’t care about saving, I’d have a Tesla. 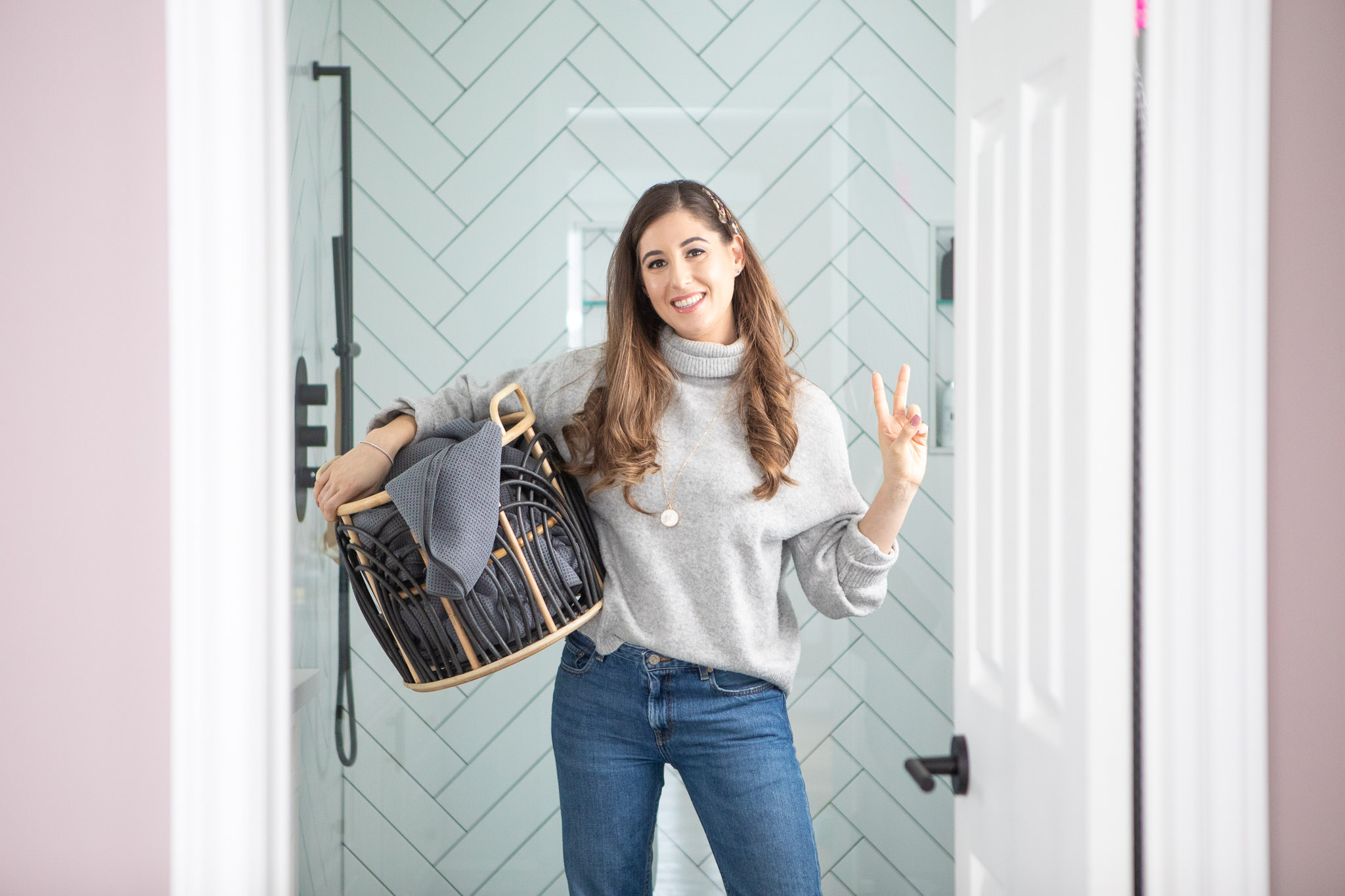 Our channel had its best month ever in April 2020, in every sense. After the onset of the pandemic, people were looking for information about cleaning and disinfecting. Everyone was home more and they wanted to declutter, organize and feel comfortable in their home. Cleaning has definitely become more popular over the past few months. Whenever the pandemic is over, one of those long-term shifts in our collective consciousness will be our increased attention to cleanliness.

My own cleaning routines have changed since Covid. I don’t sanitize groceries, packages or takeout, but I wash my hands, unpack, dispose of packaging, wash my hands again, and then clean a point of contact like a fridge door. I threw out a lot more plastic bags, instead of keeping them, which broke my heart. I have a steam closet, so at the beginning of the pandemic I’d put my jackets on a sanitize cycle, but I don’t do this anymore.

With Covid, we started doing more videos about disinfecting and cleaning with bleach and rubbing alcohol. We’re careful to steer clear of controversial content, like offering medical advice in our videos. Our videos were getting three times as many views as they used to before the pandemic. The cleaning company took a hit during the pandemic initially. We had to lay off our cleaning staff of 20 but we were able to start rehiring on May 18.

For the channel, we upload new videos about once a week. We have a production meeting every Monday with Chad and our two full-time staff. During the beginning of the pandemic, we moved our meetings to Skype. We went back to in-person meetings early-mid June and began filming together as a team very carefully and less frequently. When we meet, we keep our distance, we don’t share snacks like we used to and we wear masks unless I’m filming. We talk about ideas that we have and what type of content makes sense for now, or if we have sponsored content coming up.

Riley was home from daycare from mid-March until July. So we had to juggle daycare around our regular work routines, but we made it work. We film on Tuesdays. During Covid, it was just my husband filming but now we have our video person, Lucas Bombardier, come over to shoot. The video gets edited on Wednesday and Thursday, and then on Friday, we upload.

With Covid, there were some viewers that told us they were in the worst depression of their life but they’d watch one of our videos so that they could feel motivated to get off their couch and clean. We usually hear these kinds of stories from people around the world, like someone whose mom just passed away and was struggling with figuring out how to declutter. We feel very honoured that we’ve been able to help so many people even if they’re people like me who hate cleaning. 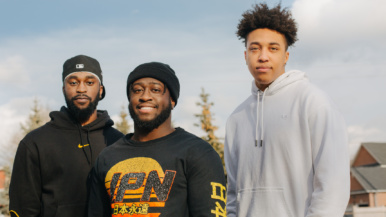 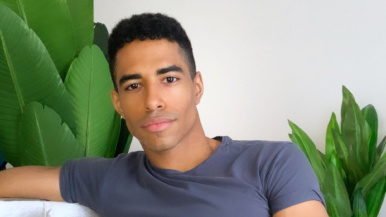 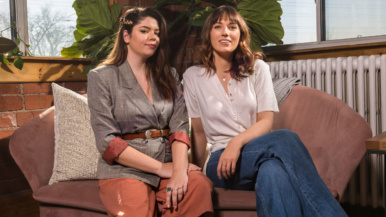 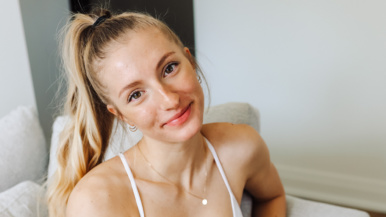