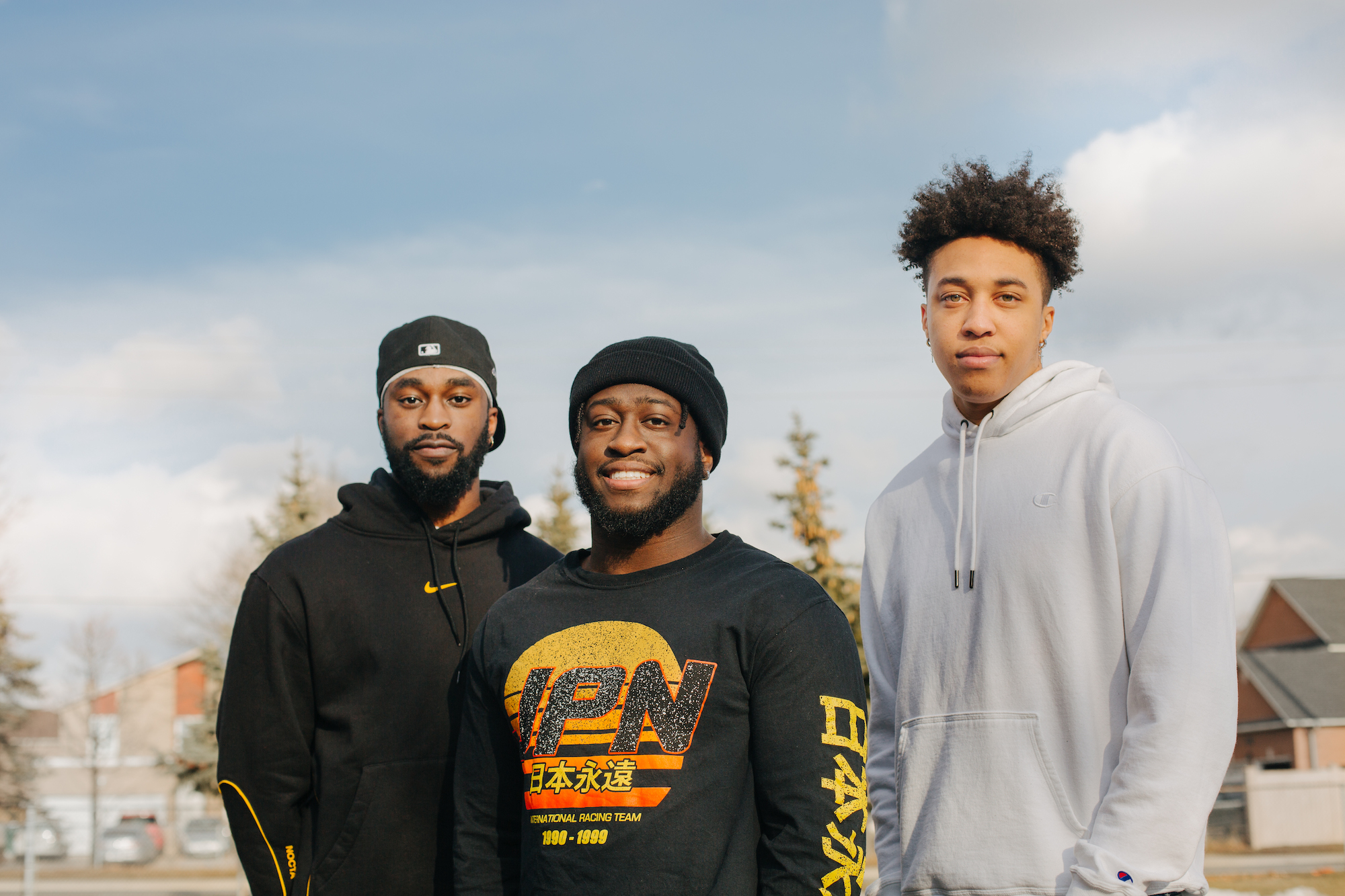 Nick: I met Kadeem and Nathaniel in Grade 11 when they transferred to St. Francis Xavier in Mississauga. We hit it off right away. After school, we would head to my parents’ basement nearby to chill, play video games and eat. My dad has a great stereo system from the ’80s, plus hundreds of records, including Bob Marley, house and disco, so when my friends and I were hanging out, he’d usually come downstairs to put music on. 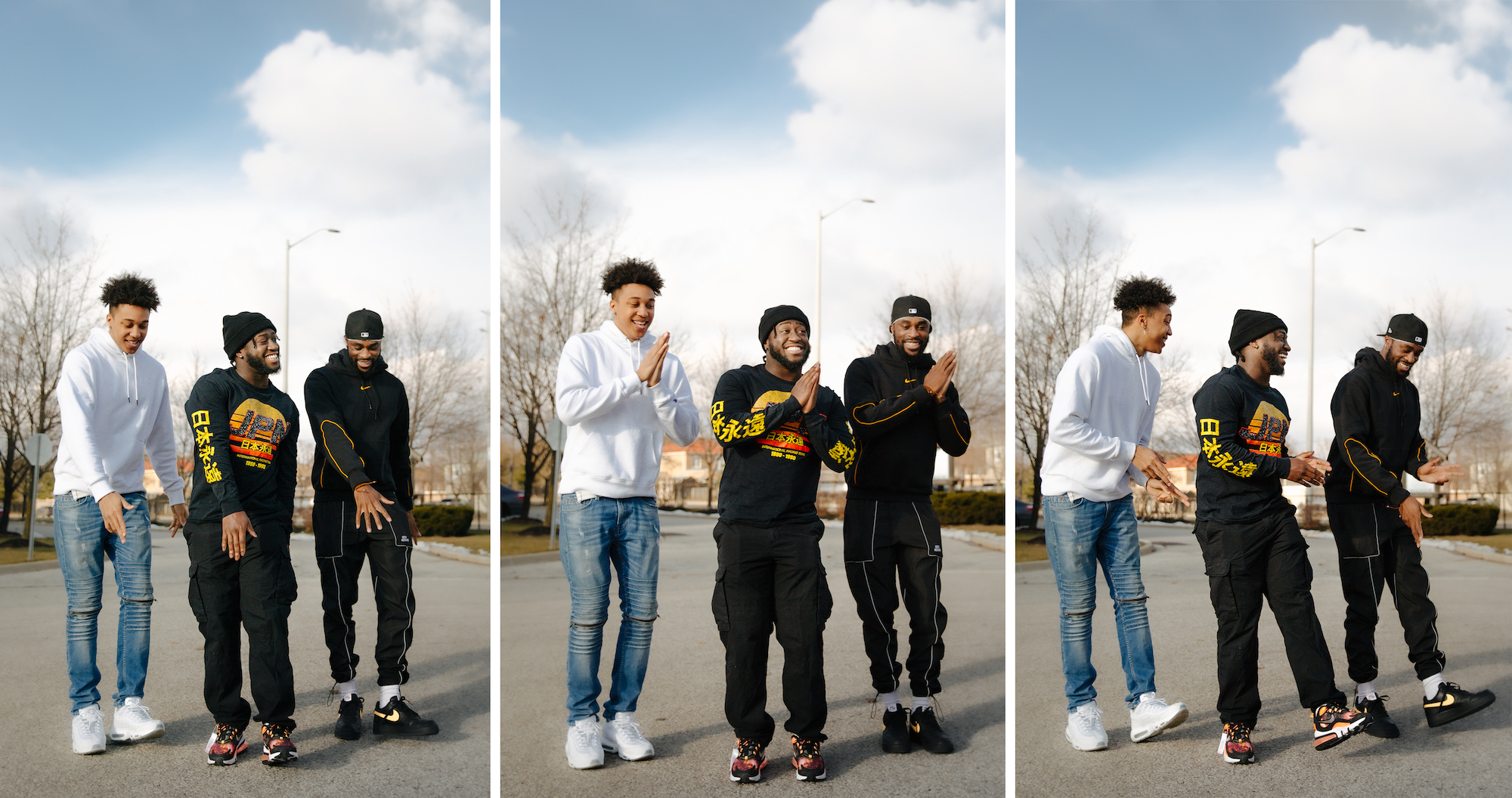 One day in 2016, when we were still in high school, Kadeem and Nathaniel were on their way out when my dad put on Rednex’s “Cotton-Eyed Joe” and they just started dancing. I got up and joined in too. We hadn’t ever really done it before but dancing with my friends felt really good, and it didn’t feel silly. After that, a dance session in the basement became part of our after-school routine. Kadeem and Nathaniel would come over to hang out, we’d eat something, play some video games and dance for 30 minutes or an hour. We weren’t picky about the tunes—we’d hop between genres like Spanish, country, Jamaican or disco.

After high school, I moved to the States to attend New Mexico Junior College on a basketball scholarship, and Kadeem and Nathaniel both went to York, studying kinesiology and psychology respectively. In summer 2019, I moved back in with my parents, and a few months later, I started an electrical techniques certificate program at Sheridan. By that point, Kadeem was still in school and Nathaniel had started his masters’. Everyone lived in the same neighbourhood, so when I moved back home we started our basement hangout routine again—including our dances. 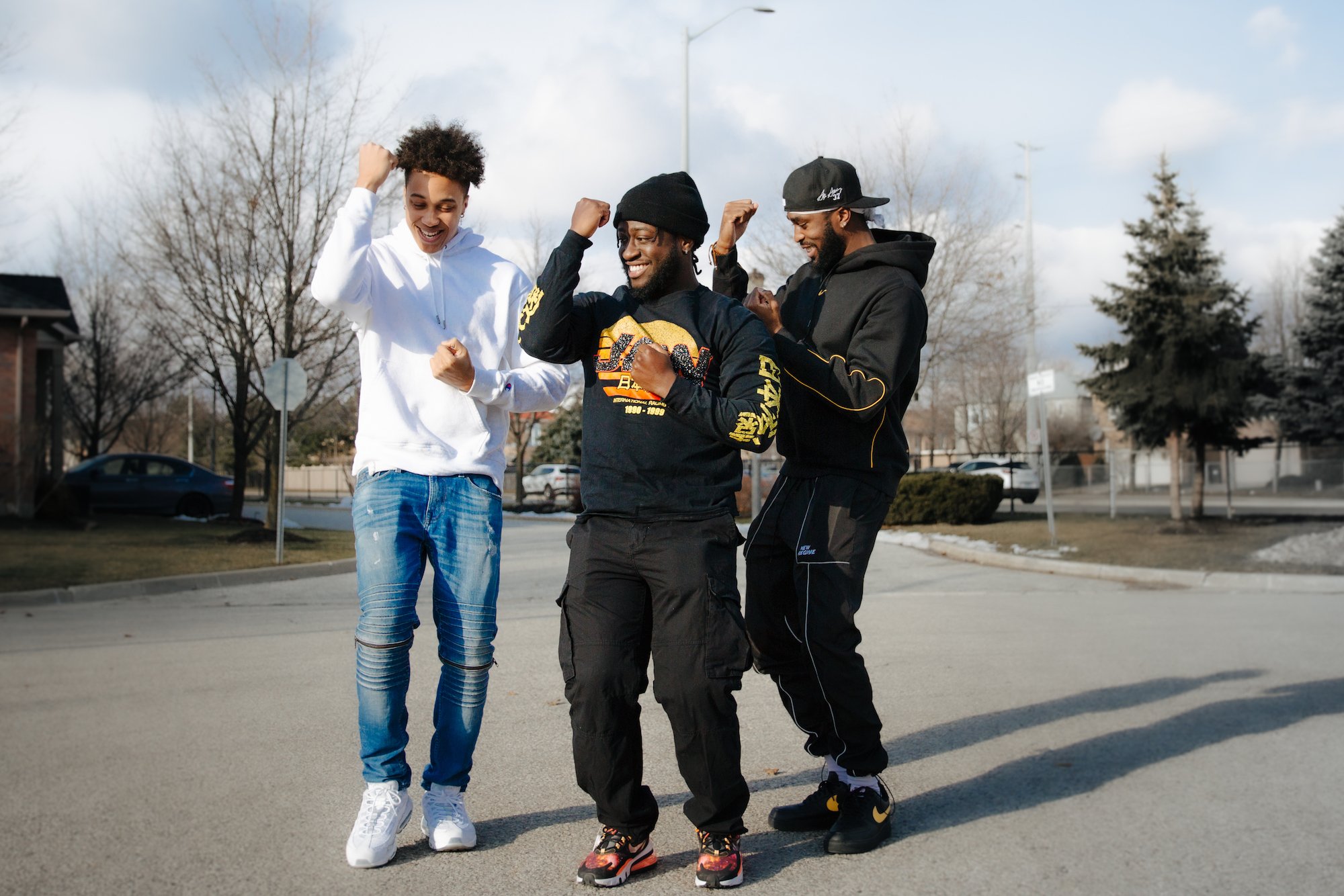 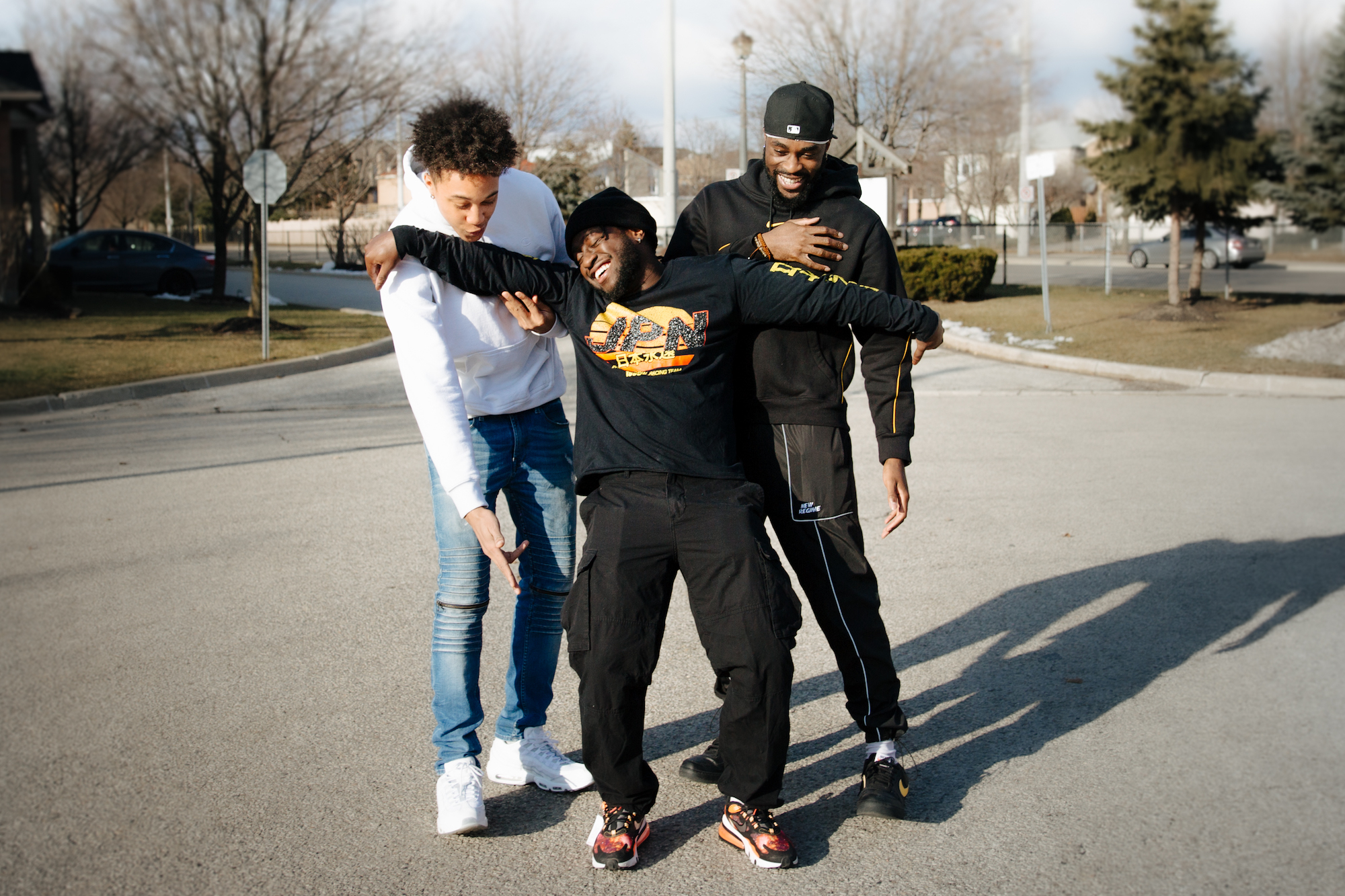 When Covid hit, we decided to bubble together. Everyone was keeping safe and didn’t need to be out of the house for work or school, so we continued to hang out in my basement. In early May, Kadeem uploaded an old video of us dancing from 2019 to his personal TikTok account. He had recorded about 20 minutes of video, then he edited it down to one minute and set it to the song “El Beeper” by Oro Solido. The next day, when I woke up, the video had a million views. I was shocked. I was on TikTok too, and had a video with 10,000 views, which I thought was a lot at the time.

We decided to try our luck again with Bollywood music, recommended by one of the viewers, and returned to the basement to film something to “Mundian To Bach Ke” by Panjabi MC. We weren’t in a rush, so it took a month to get together. But once we put it up, it hit a million views again. Then, the same thing happened with “Cotton-Eyed Joe.” We realized we had something special and changed the username on the TikTok account. We’d been tagging the videos as Basement Chronicles, but that username was taken so we ended up calling ourselves the Basement Gang. We had about 16,000 followers in the first week.

We picked up our pace and started uploading videos weekly. The viewer demand was so high by July that we were uploading about once a day. As our follower count grew, we started taking the videos more seriously and bought a tripod and lights off Amazon. We’d meet up at my house every week to record six or seven videos at a time. We didn’t rehearse before filming; we’d just replay the song a couple times and if one of the guys did a cool move, we’d copy him. Then, we’d take turns recording, editing and uploading the videos. After we danced, we’d usually just go back to chilling out afterwards, like we always did.

It brought us so much joy and excitement to see our account hit one million followers in late July, then two million in October. We’ve gotten so much positive energy. People see how much fun we’re having in the basement and it rubs off on whoever is watching. We have people commenting from all over—India, the Philippines, Mexico. It’s a cool feeling knowing that someone from God knows where is watching our videos and loving what we’re doing. Kadeem works at an LCBO and has had a lot of people recognize him at work, which was a new feeling but he’s getting used to it now.

We made our first sponsored video over the summer. It was for an app called Wink that lets you search for Snapchat users. We recorded ourselves dancing to the song “Rasputin” by Boney M and added text on the video and the caption mentioning the app. We also did a video with Tim Hortons in December. Sometimes we get sent gear, like socks or hoodies, by companies that want us to do a dance in their products.

Most of our sponsored content requests come from artists who want us to dance to their songs. We’ve decided to feature about one sponsored video a month, and we want to make sure the songs we feature match our energy. Now my income from TikTok is kind of like a part-time job. In September, I bought a $700 Playstation with my earnings. But we’ve been saving most of the money, and in early December, we opened a joint bank account.

Once Covid ends and the restrictions lift, we’d love to start collaborating with artists; our dream is to be in a music video. Agents of some popular musicians have already contacted us, but they live across the border so we can’t really do it yet. Fans have recommended starting paid dance fitness classes, which we’re considering too. Mostly, we’re hoping to continue building up our TikTok up so we can just make our dance videos full-time from the basement.