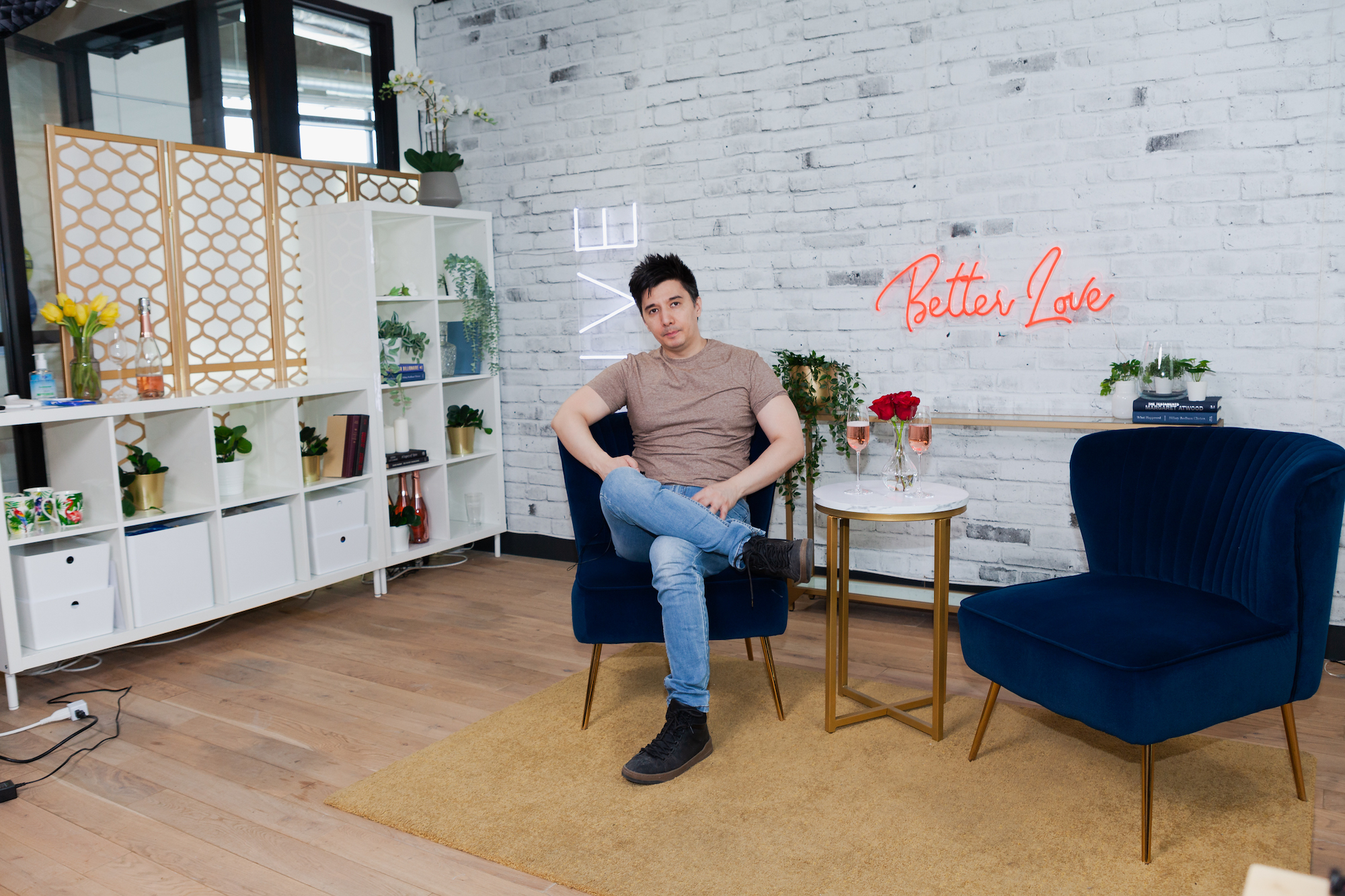 At the start of the pandemic, Bobby Del Rio, a 43-year-old actor, playwright and director, had just spent a decade producing his first indie movie on a shoestring budget. Now, after joining Clubhouse on a whim, he’s amassed more than 13,000 followers, signed with a boutique agency in Hollywood and is working on his first multi-million-dollar project. Here’s how it happened.

–As told to Tim Johnson

“In Grade 2, I played Wally the Woodchuck in a stage performance at my primary school in London, Ontario. After that, I knew I wanted to be on stage for the rest of my life. A couple of years later, my family moved to Toronto, near Keele and Eglinton. At York Memorial Collegiate, I was always the dorky drama kid; I even played the lead in a few school plays. Still, I never really considered that acting could be a real career.

“That changed when I started at U of T in 1996. I was studying economics, and I skipped all my classes—but I would show up 10 minutes early to play rehearsals at the Hart House Drama Club for shows like The Bob Goes to Hollywood or The Great Fishbowl. I thought, I guess that means something. I transferred to the theatre program and started booking small parts in TV movies like Cheaters and All-American Girl for HBO and the USA Network.

“In 1999, I started writing plays for school. I had my biggest break as a playwright the following year with When Children Fall, staged at the U of T Drama Festival and SummerWorks. It got a four-star review from the Eye Weekly. They called me “the rising star of Toronto theatre.” Now Magazine put me on its cover during Fringe, and I was featured in a Bravo theatre doc-series called Centre Stage Chronicles.

“I paid the bills with a national U.S. ad for Coca-Cola and as a telemarketer for CanStage. Later, I got a day job at Reelworld, a film festival that promotes diversity, while continuing to write plays, produce web series and act on the side. In 2010, I staged a production called The Market in an office complex at Jarvis and Adelaide. I describe it as Glengarry Glen Ross plus guns. People kept telling us to make The Market into a movie and in 2013, I started an Indiegogo campaign and raised $5,500. I paid an additional $6,500 out of pocket. We filmed it here in Toronto, and a lot of people donated their time; my brother, Tony, edited it for free. Eventually, we signed a distribution deal and it’s now on Amazon Prime in the U.S. and U.K. and Vimeo on Demand in Canada. 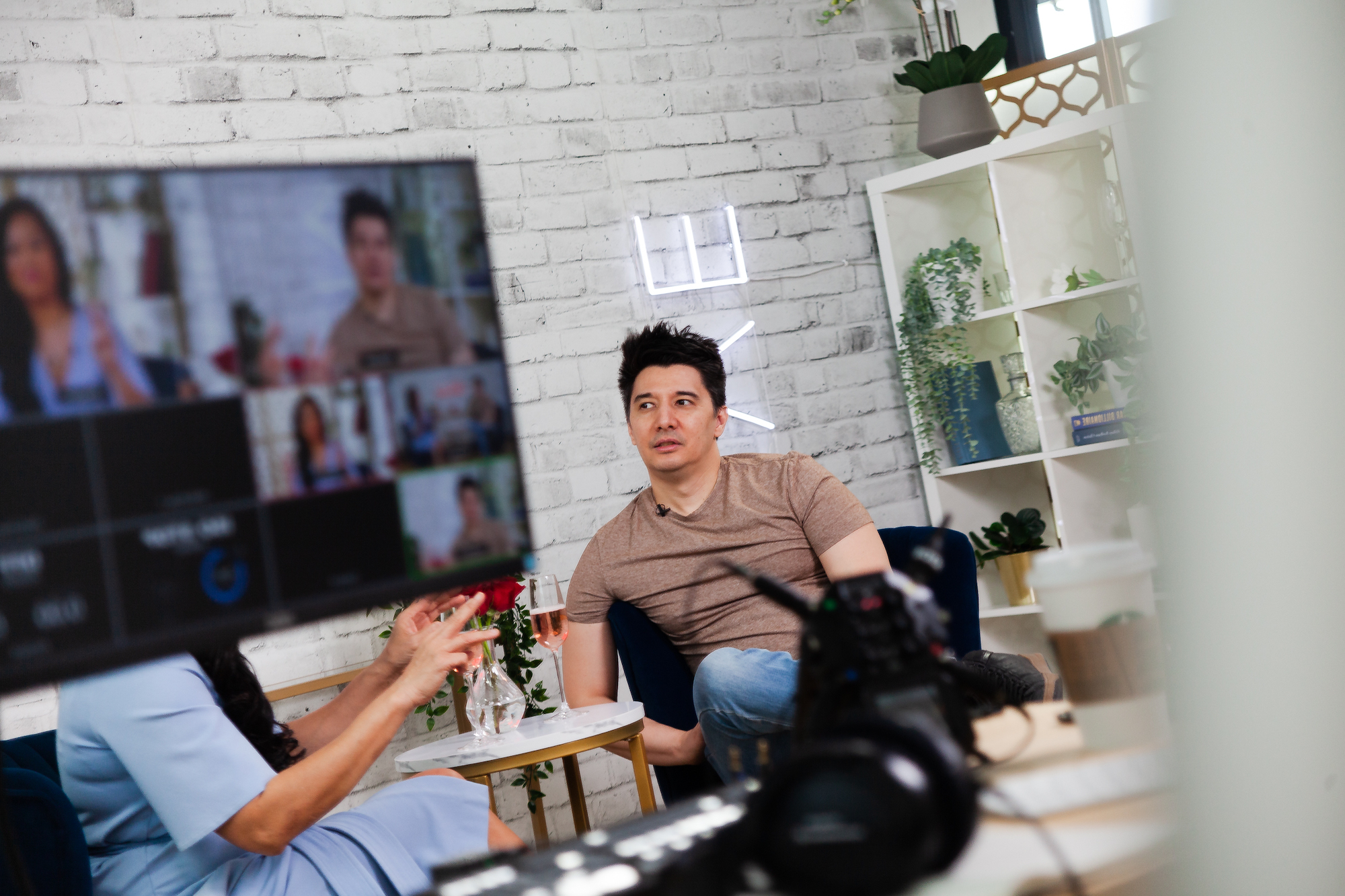 “In February 2021, a friend sent me a message on Facebook and invited me to an invite-only audio app called Clubhouse. It had about two million active users then—about 10 million now—and has attracted people like Elon Musk, Mark Zuckerberg and Joe Rogan. I was bored, so I signed up.

“Here’s how the app works: when you enter a room from your newsfeed, a few moderators lead the discussion on a panel. They can speak anytime, and everyone else in the audience is muted. If you’re looking to contribute, you can ping the moderators. It’s a way to keep things from descending into a cacophony of voices.

“I had been on the app for two or three days, visiting film and television rooms, when I was finally brave enough to speak during a general film industry chat. I asked a question and mentioned that I’ve been working for 20 years in Canada, and all of a sudden I heard a ding. The woman who ran the room made me a moderator, and I was suddenly on the panel. At the end, she asked me if I was coming back the next day, and I said, ‘Hell yeah, I’m coming back tomorrow!’ It was incredible to have access to like-minded people in Hollywood all the way from Toronto. It was like a fish finding the sea for the first time.

“In February, I ran a room for the first time. It was called Building a Better World—I wanted to cultivate a network of people who make a positive social impact. It went for about two hours and maybe 10 people showed up. I’ve curated and hosted panels and Q&A sessions at Reelworld, so even though the app was new to me, I realized that I’d already done this hundreds of times. So I kept at it and my presence kept growing.

“The following month, I was running a comedy room and met Ryan Hayden, an agent at a boutique Hollywood agency called Ideal Talent. We kept making each other laugh, and after the room ended, Ryan DM’d me to talk and offered to become my agent. I felt great about it.

“Now, I moderate between 50 and 75 rooms every week, and I host four: Film and TV People Who Get Shit Done, Italians in Hollywood, Men Supporting Women in Film and TV, and International Film Financing. Anyone can create their own rooms, but the trick is building a strong following. It’s took me three months to reach more than 10,000 followers, and I get another couple hundred every day. That may not sound like a lot, but even some of the biggest figures on Clubhouse have just a few thousand. It’s still invite-only.

“Maybe it’s because I’m Canadian, but my rooms are all about equality and community—that’s the thing that makes me proudest. Film and TV People Who Get Shit Done is based on benevolent capitalism. People offer everything from therapy sessions to editing work for free. The first time I ran it, it went for 10 and a half hours and thousands of people came through.

“I’ve never experienced anything like what’s happening to me right now. I’m locked down in my Annex apartment, but by any other metric my life is blowing up. I have daily conversations with top producers, and I’m in discussions to sign a Hollywood talent manager. Tori Spelling and I text from time to time now after meeting on the app, and I did a room the other day, chatting with Tiffany Haddish and Bethenny Frankel.

“After all those years of work, I’m finally in Hollywood. Ryan and I are talking to a producer about a two-picture deal. The proposed budget for the first project—a thriller about competition and jealousy—is $10 million. All of my dreams are coming true.”