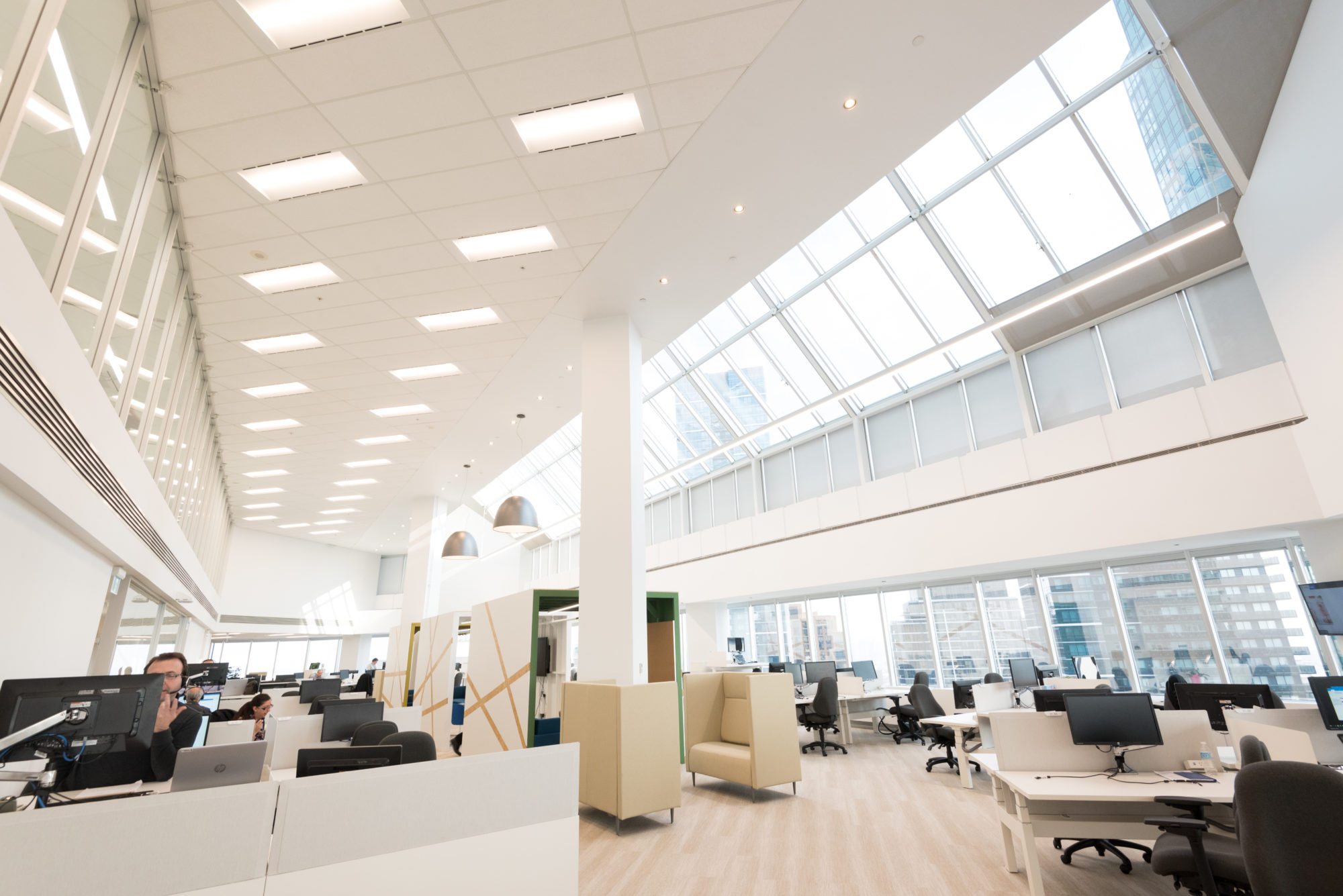 What: The Swiss food and beverage company’s Canadian headquarters
Where: Four floors (19–22) of a tower at Yonge and Sheppard
How big: 70,000 square feet for 400 employees

Nestlé moved into their sky-high North York office over 20 years ago, and, until recently, the space had stayed exactly the same. “It was beige, beige and more beige,” says Tracey Cooke, VP of marketing and communications. “There were tons of closed-off cubicles, odd angles everywhere and horrible lighting.” Last summer, they embarked on a total overhaul of the space, working with Connect Resource Managers and Planners to transform one floor at a time while employees moved around to accommodate the construction. The end goal was to create an open-concept, high-tech space that reflects the company’s heritage and supports a range of working styles.

After six months of renovations, the office was unrecognizable. They painted everything white, added high-tech Smart Board systems and standing desks, and opened up the office areas to take advantage of the massive windows. During the final three days leading up to the reveal, staff worked from home so that the team could put the finishing touches on all three floors. When they finally came back to work, they were shocked. “We wished we’d videotaped their reactions,” laughs Cooke. The only thing that stayed the same? All the free chocolate (and the sheer amount of will power required to work there).

The office store used to be on the building’s main level. Now, it’s located right next to the lobby. Staff get a sweet discount on all Nestlé products, which, in addition to enough chocolate, include frozen pizzas and Lean Cuisine meals: 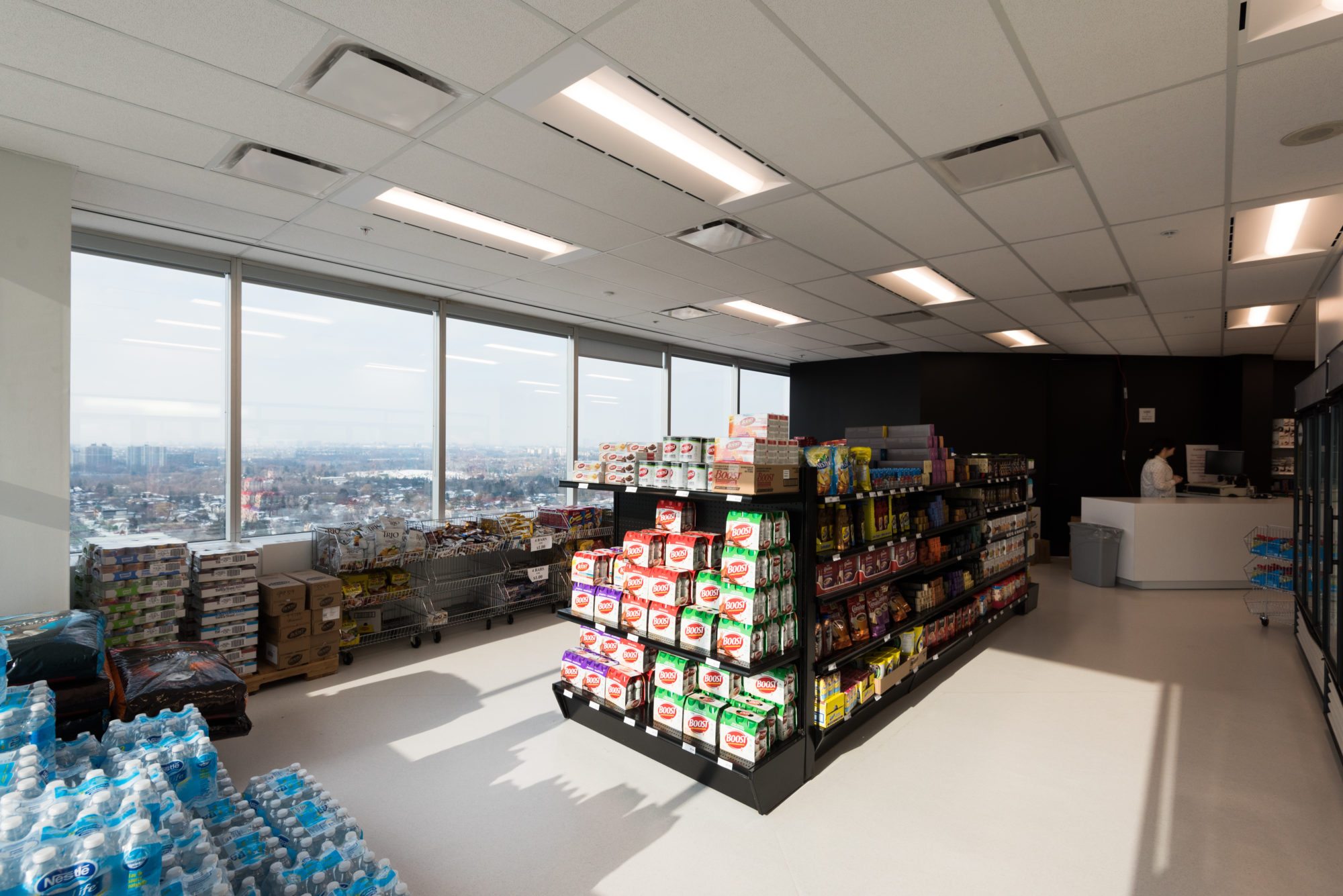 Here’s just some of the chocolate: 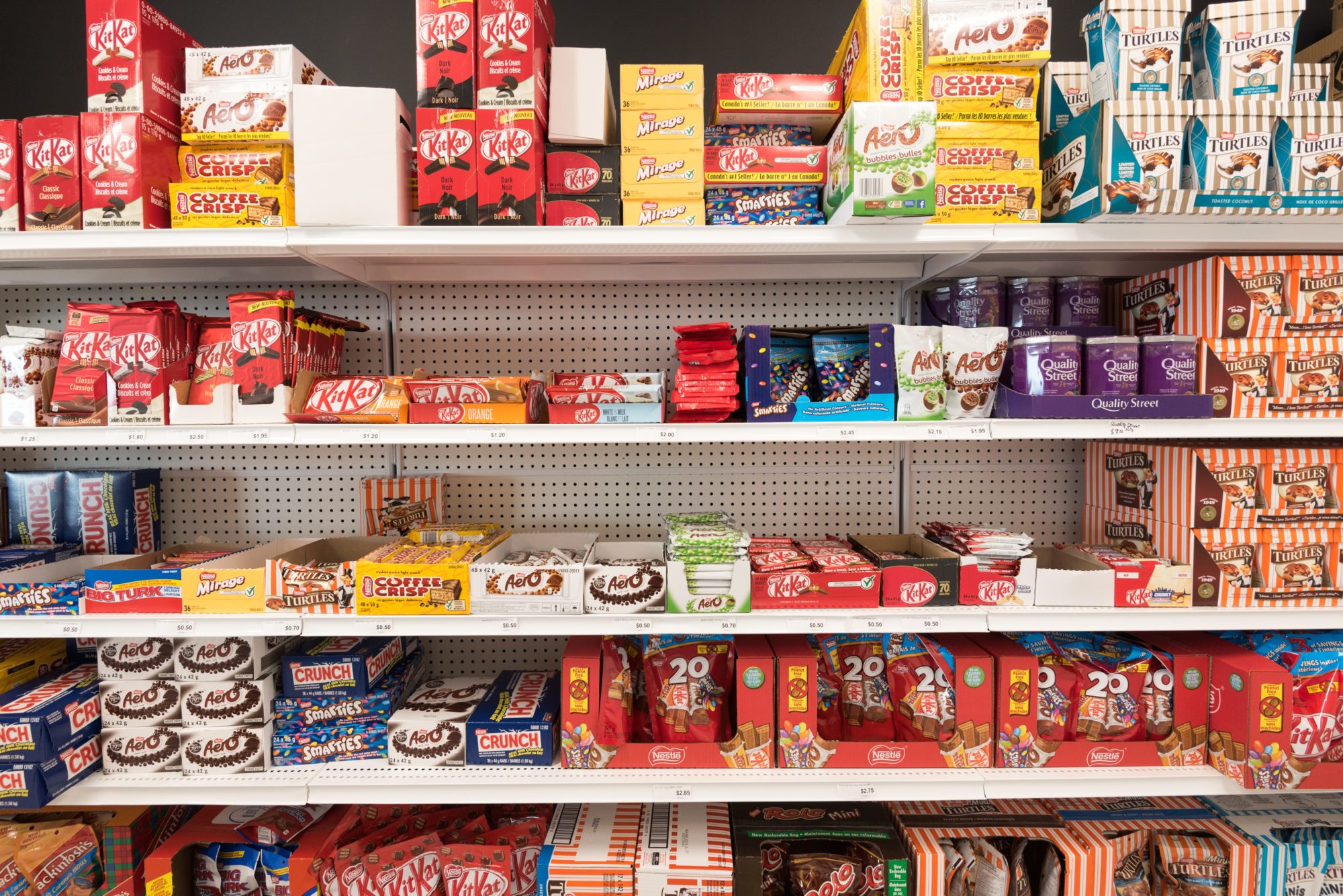 Connect took inspiration from offices like Bensimon Byrne, and went for a minimalist, industrial design that still feels cozy and welcoming. The lobby is on the 22nd floor (that’s a closet behind those panels): 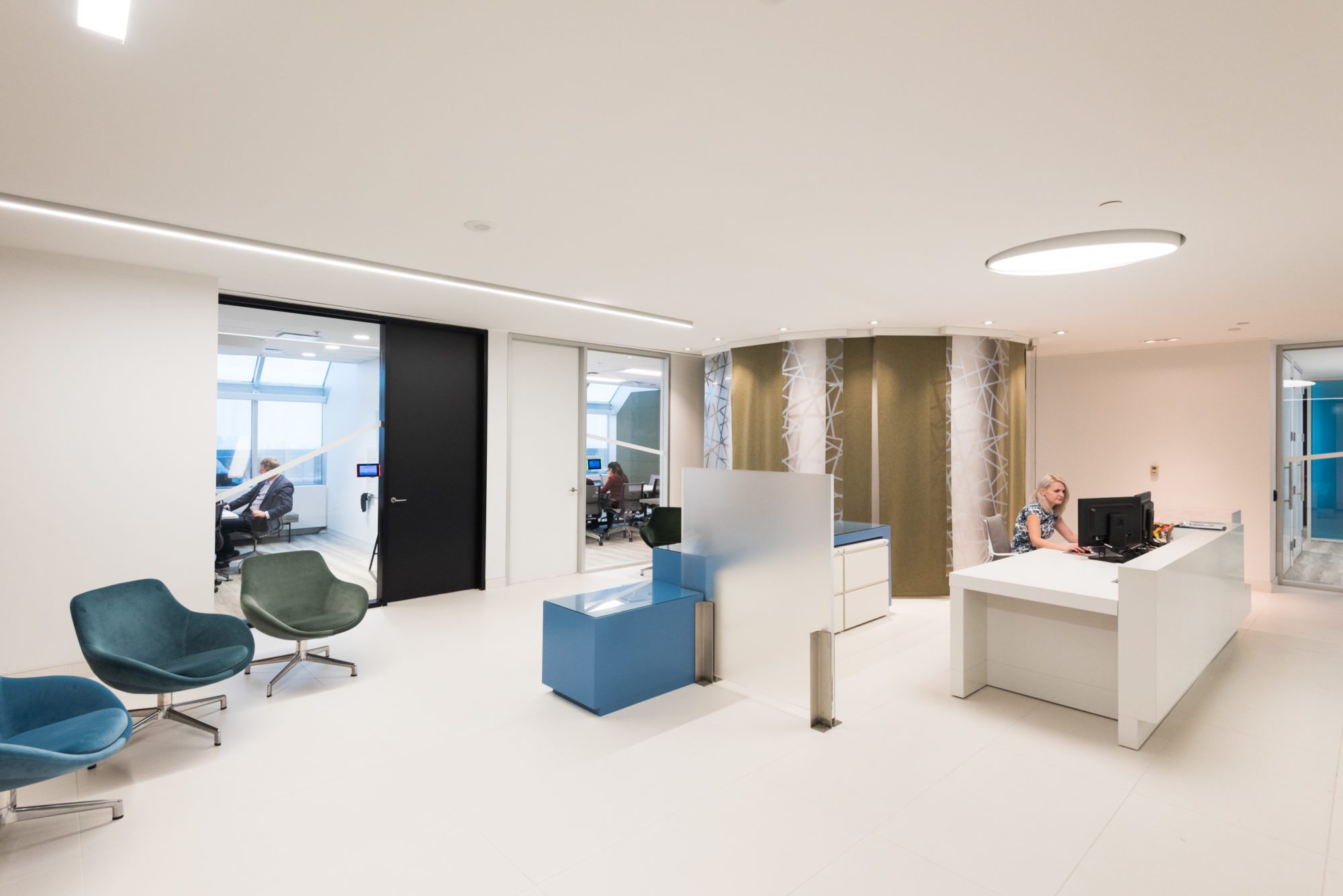 Also here: a giant box filled with free mini chocolates. “We have to refill it quite frequently,” says Cooke: 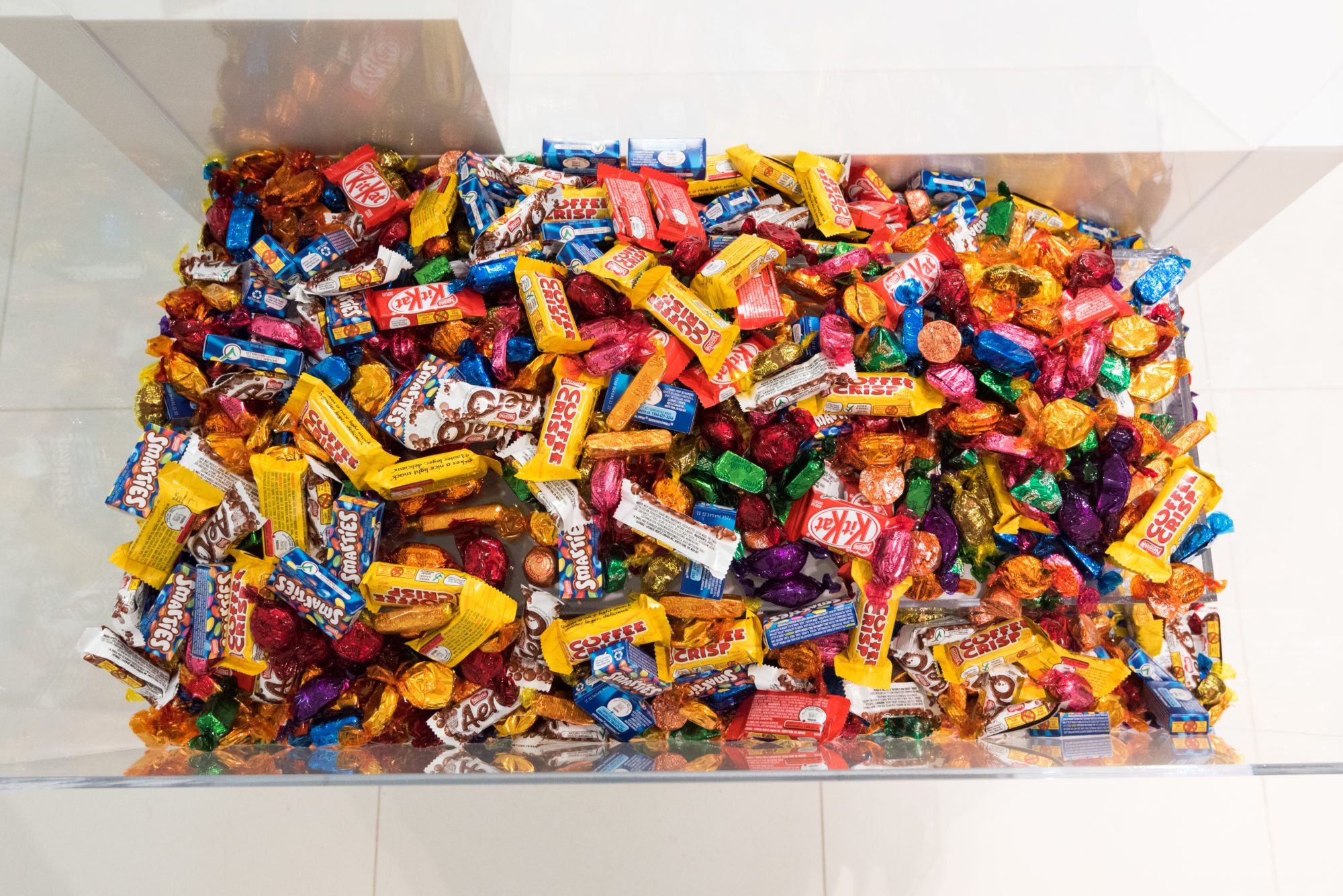 Every floor has its own café, where people can make coffee and have lunch. Each floor also has its own theme. The 19th-floor, for instance, is inspired by Canadiana, while the 22nd floor is all about Nestlé’s various brands: 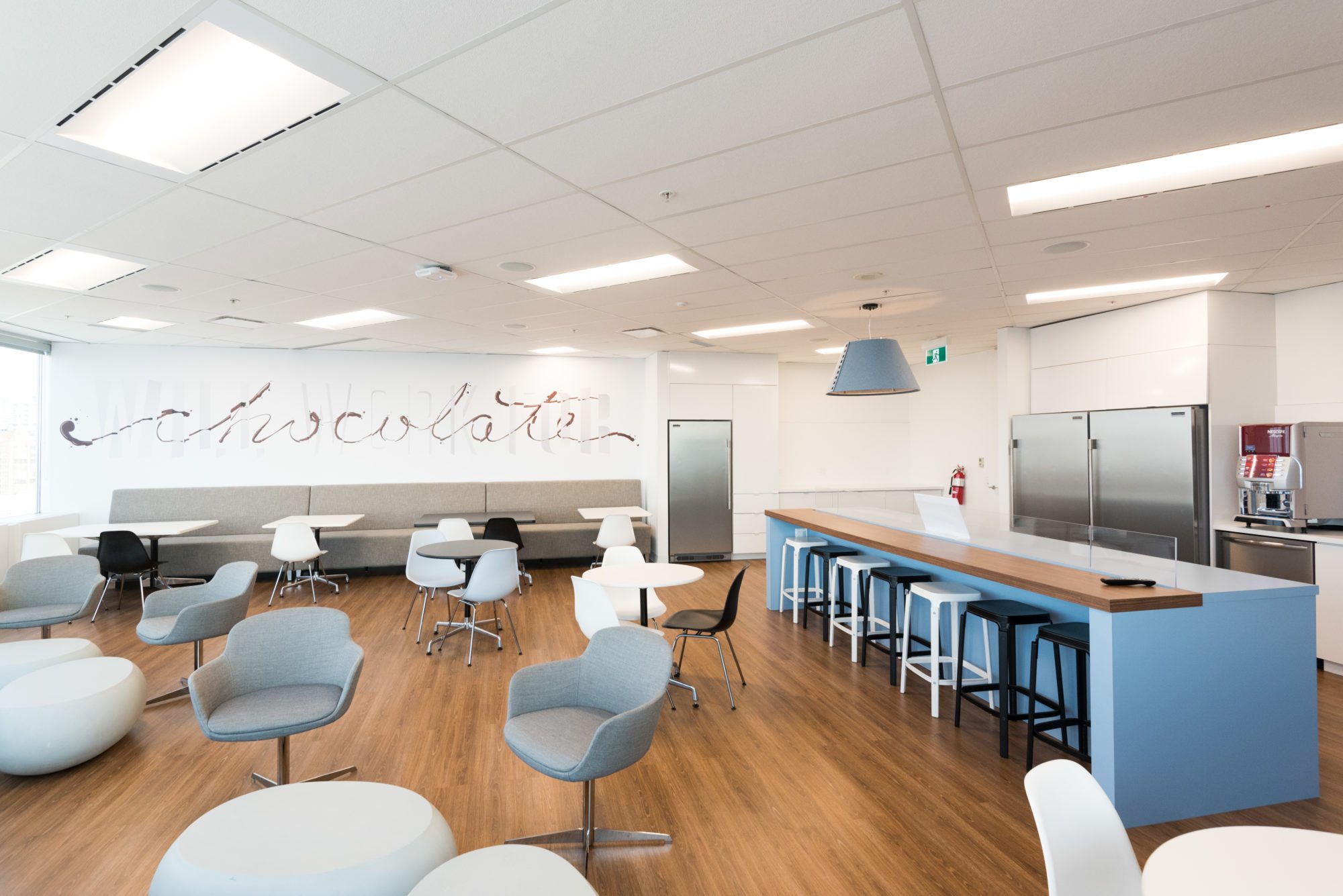 The wall art was all done by ad agency McCann Canada. All of the lights are LED and automatic: 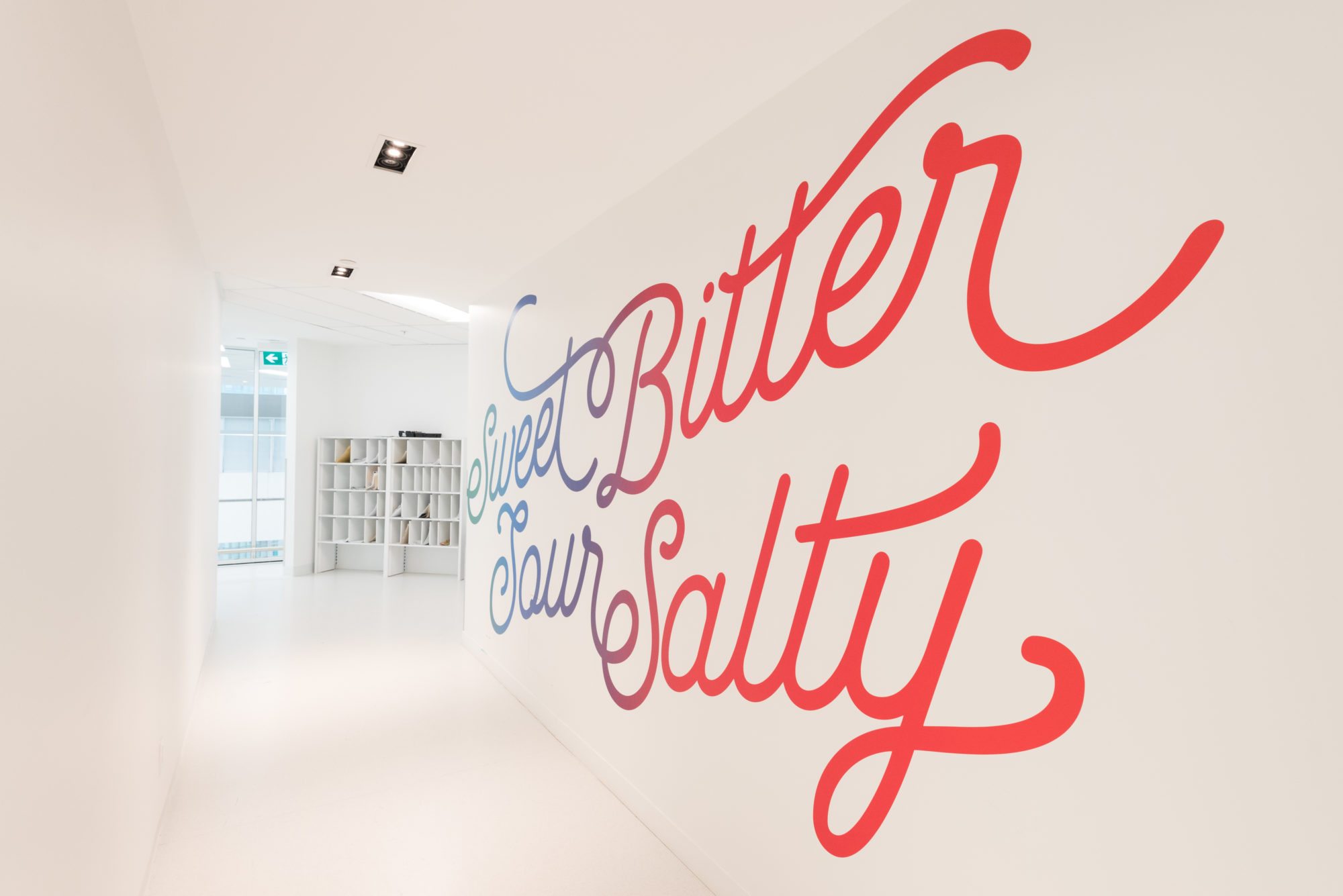 They tried to add seating and lounges wherever possible, like in this hallway. All the furniture was sourced through Herman Miller: 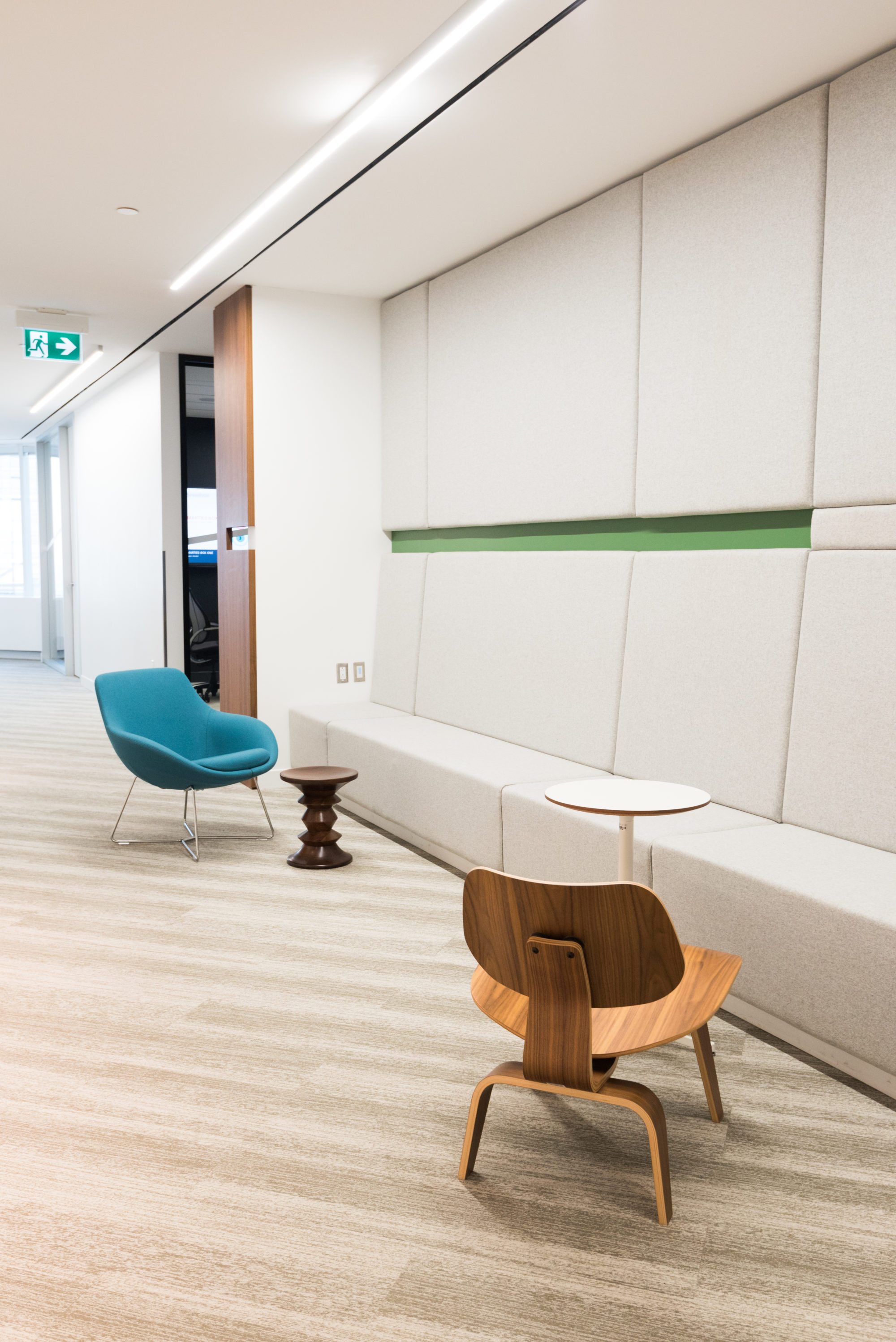 A pathway on the 22nd floor looks out over the 21st-floor’s workspace. The plywood cubes, which serve as impromptu meeting areas, were inspired by Facebook’s San Francisco office: 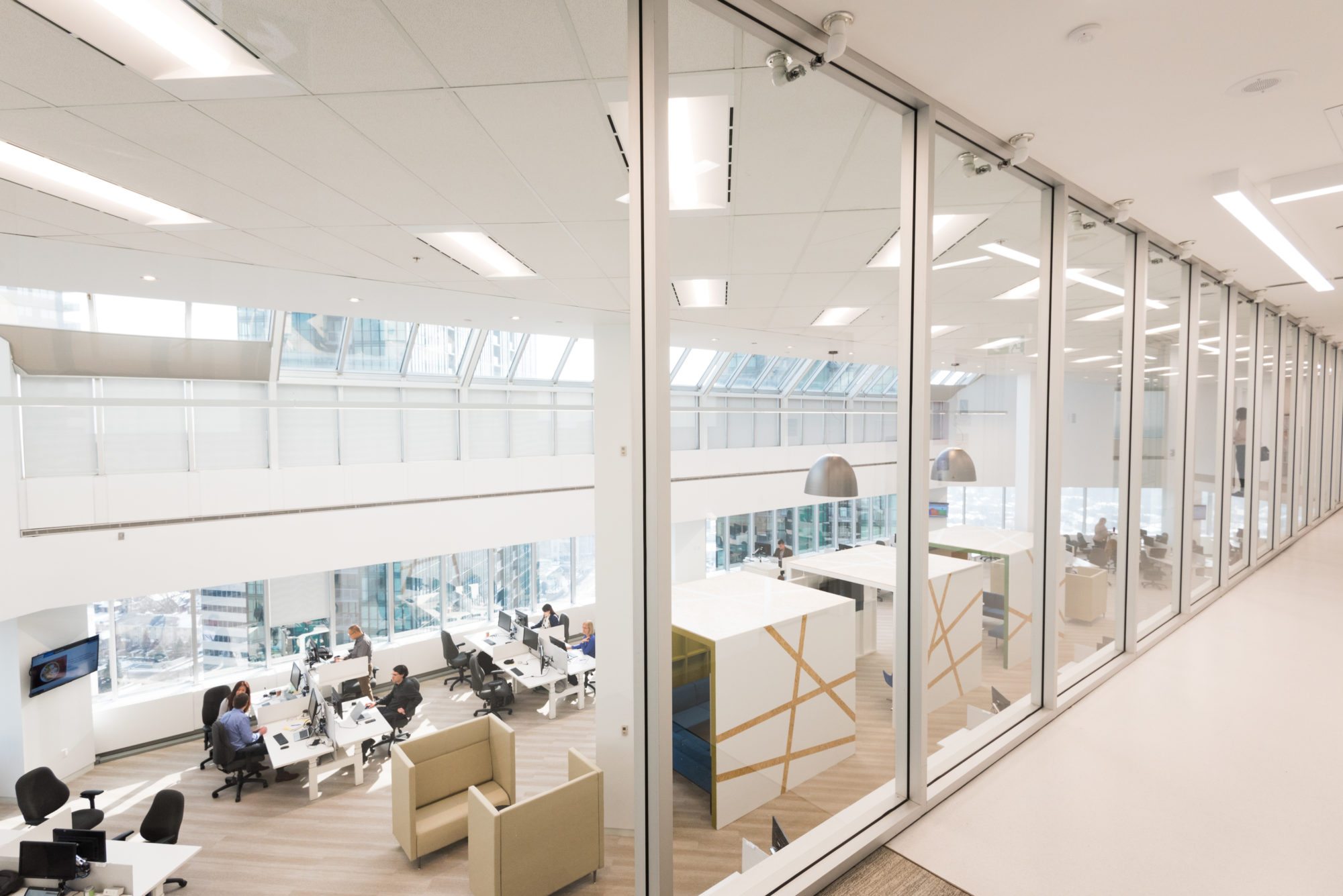 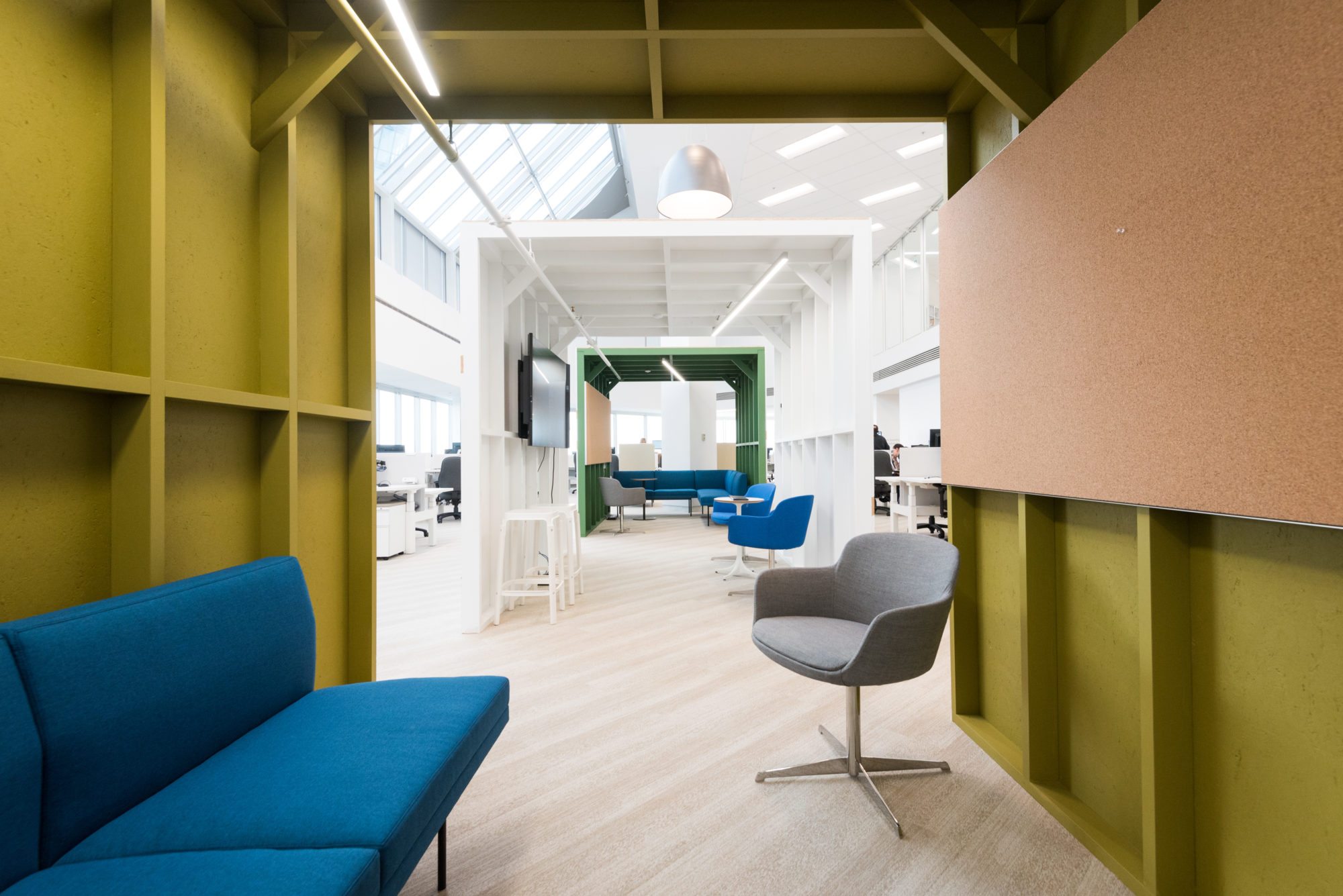 Down here, everyone has an adjustable standing desk. After the reno, staff moved to unassigned desks (only the exec team has assigned seats, so they’re easier to find). Everyone gets assigned a locker, where they drop off their stuff in the morning, and then grab whichever desk they like. There are no landlines, and employees simply connect their laptop to the monitors. This means there’s never any clutter on the desks: 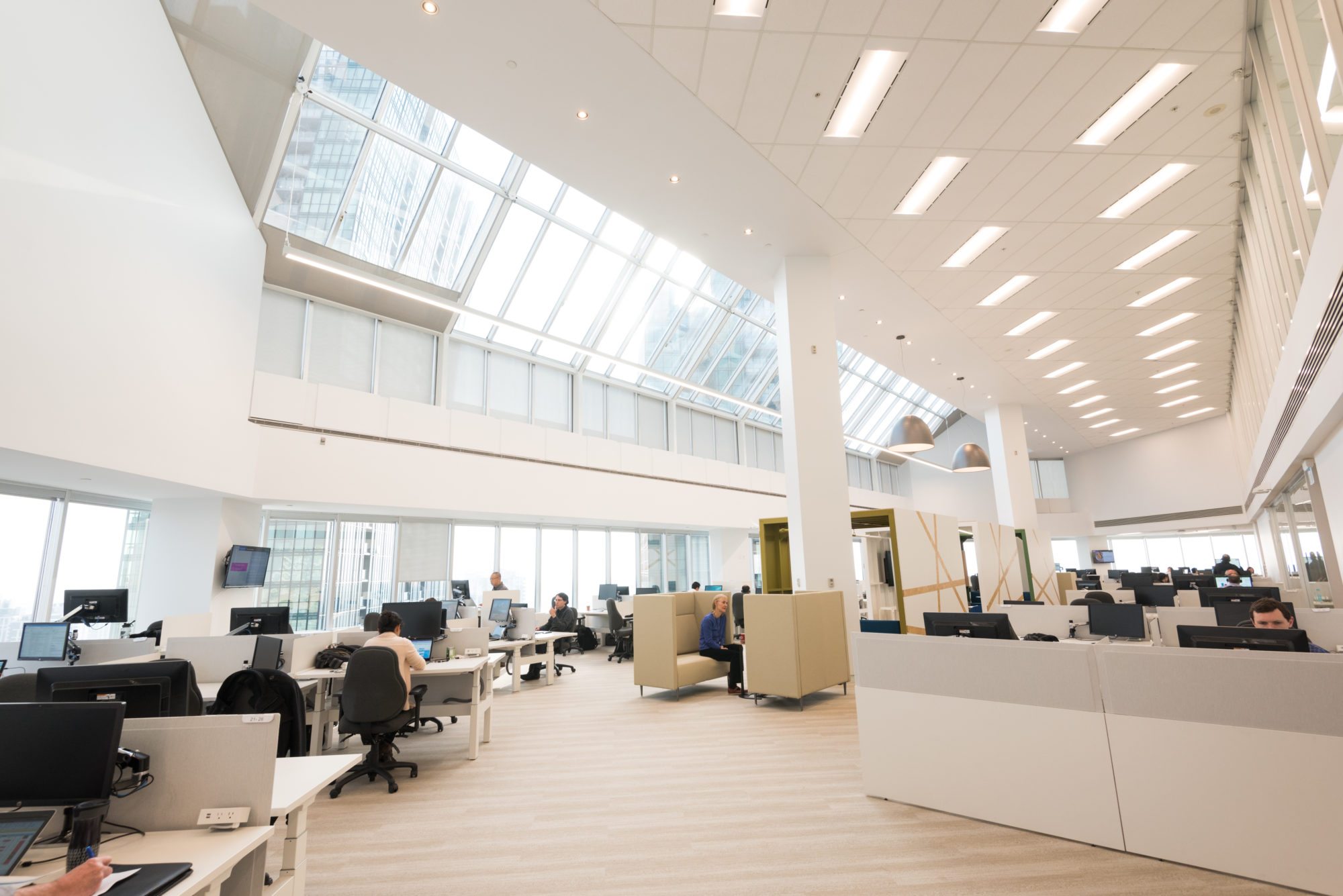 Here’s where staff dump their stuff in the mornings: 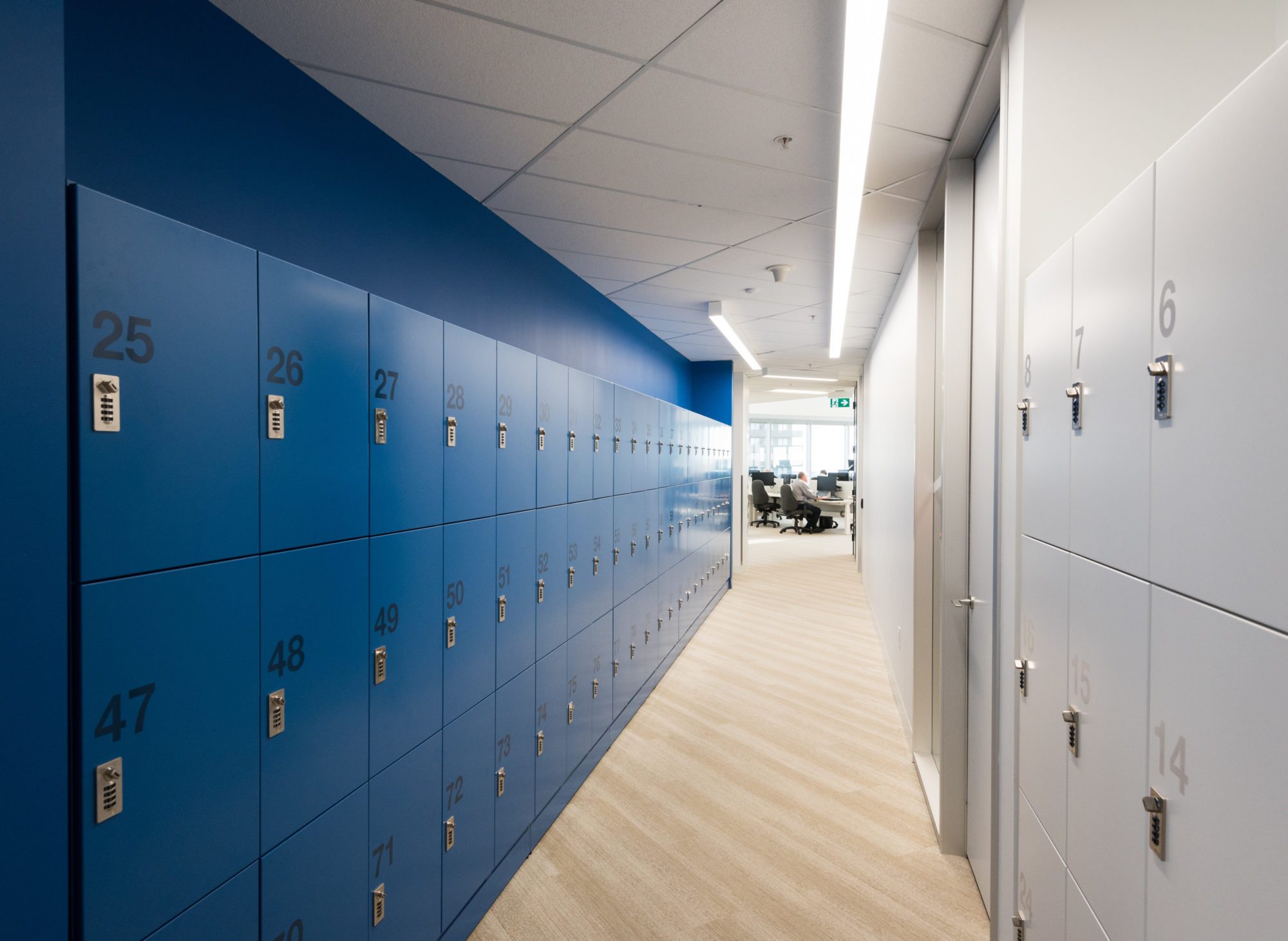 There’s one of these “collaboration lounges” on each floor. It’s where staff can have informal meetings or gather to watch webcasts: 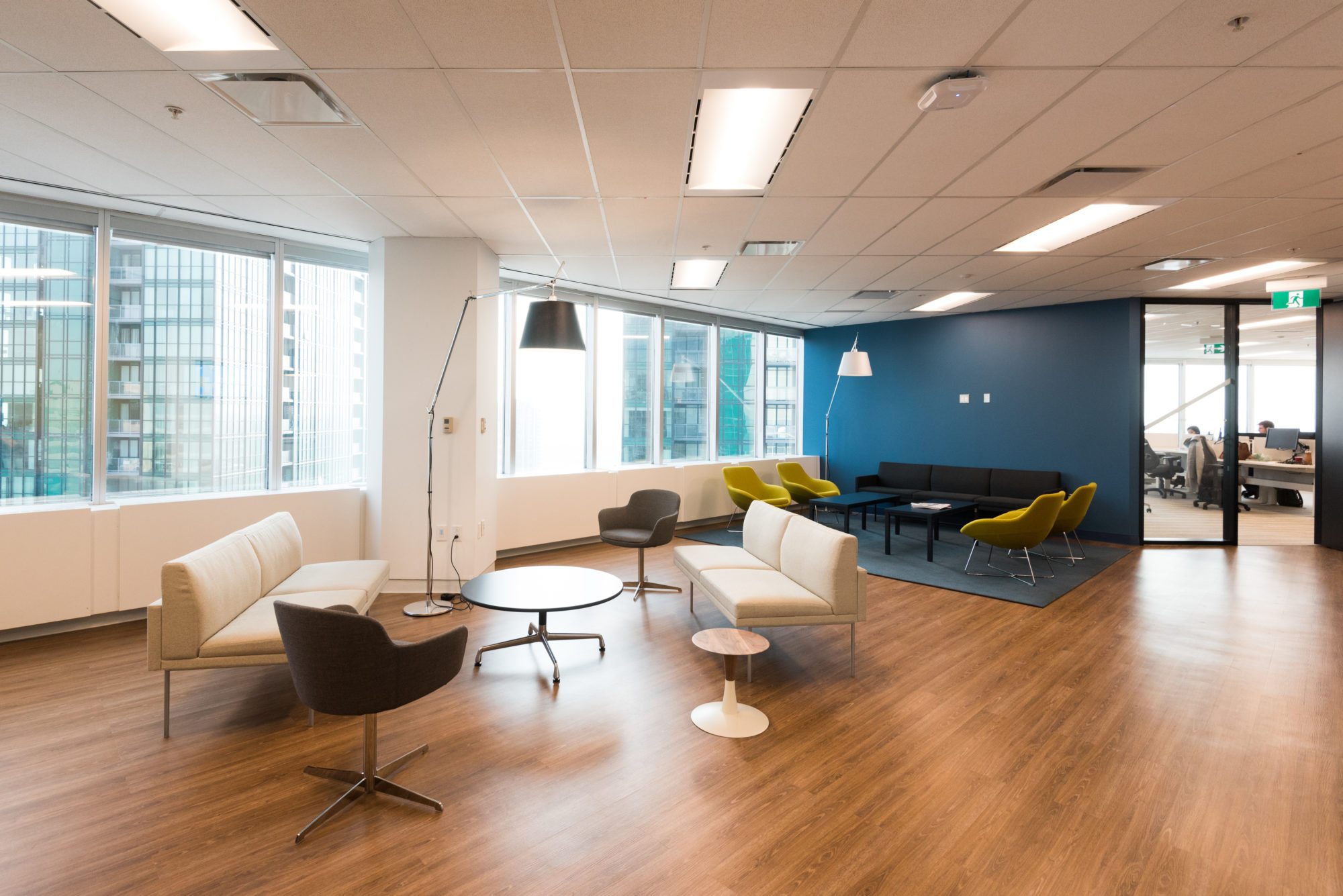 The IT team installed 360 high-tech monitors during the renovation, all of which can be connected to wirelessly. They allow for instant video conferencing: 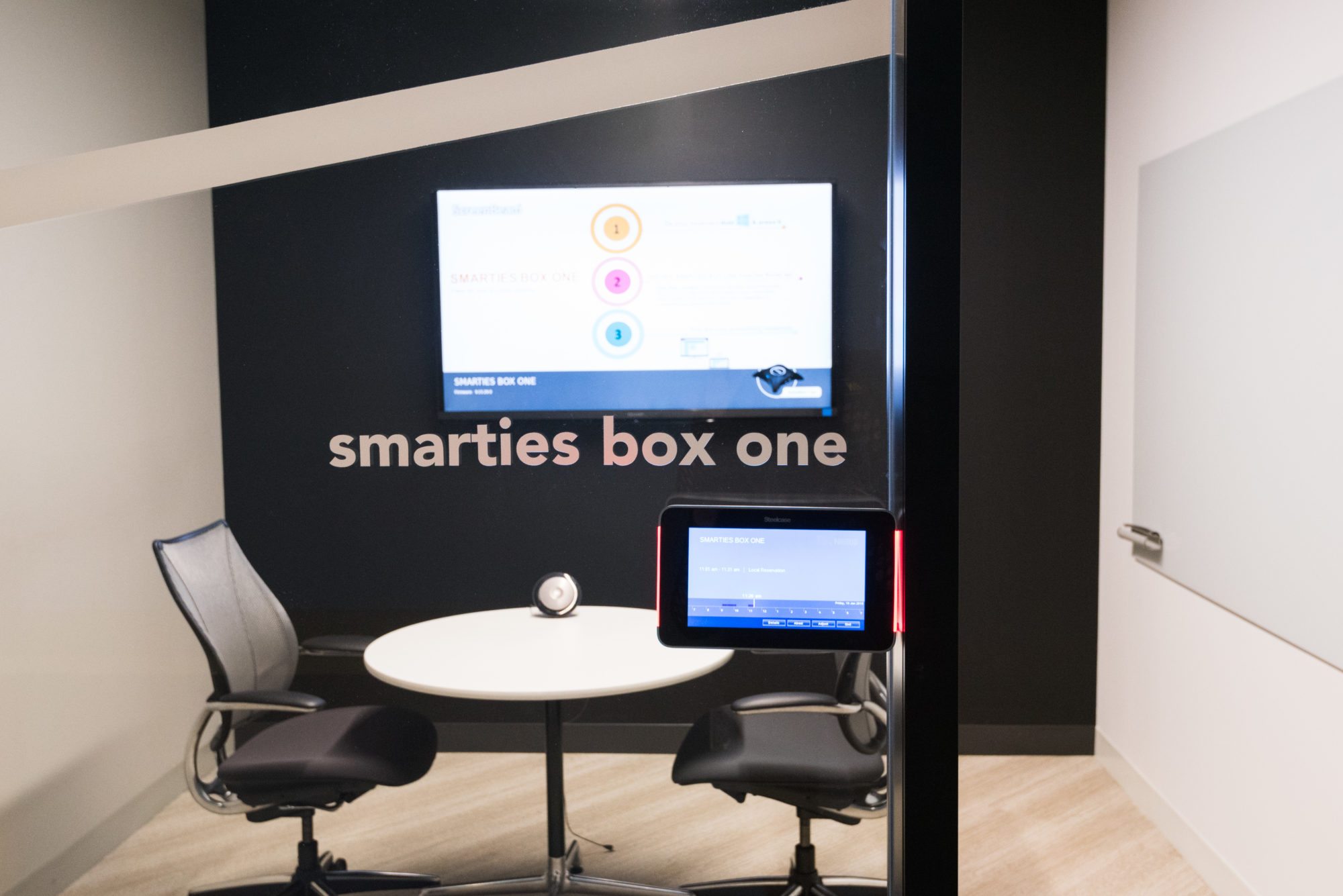 There are also quiet areas for when staff really need to focus. This room functions as a library: 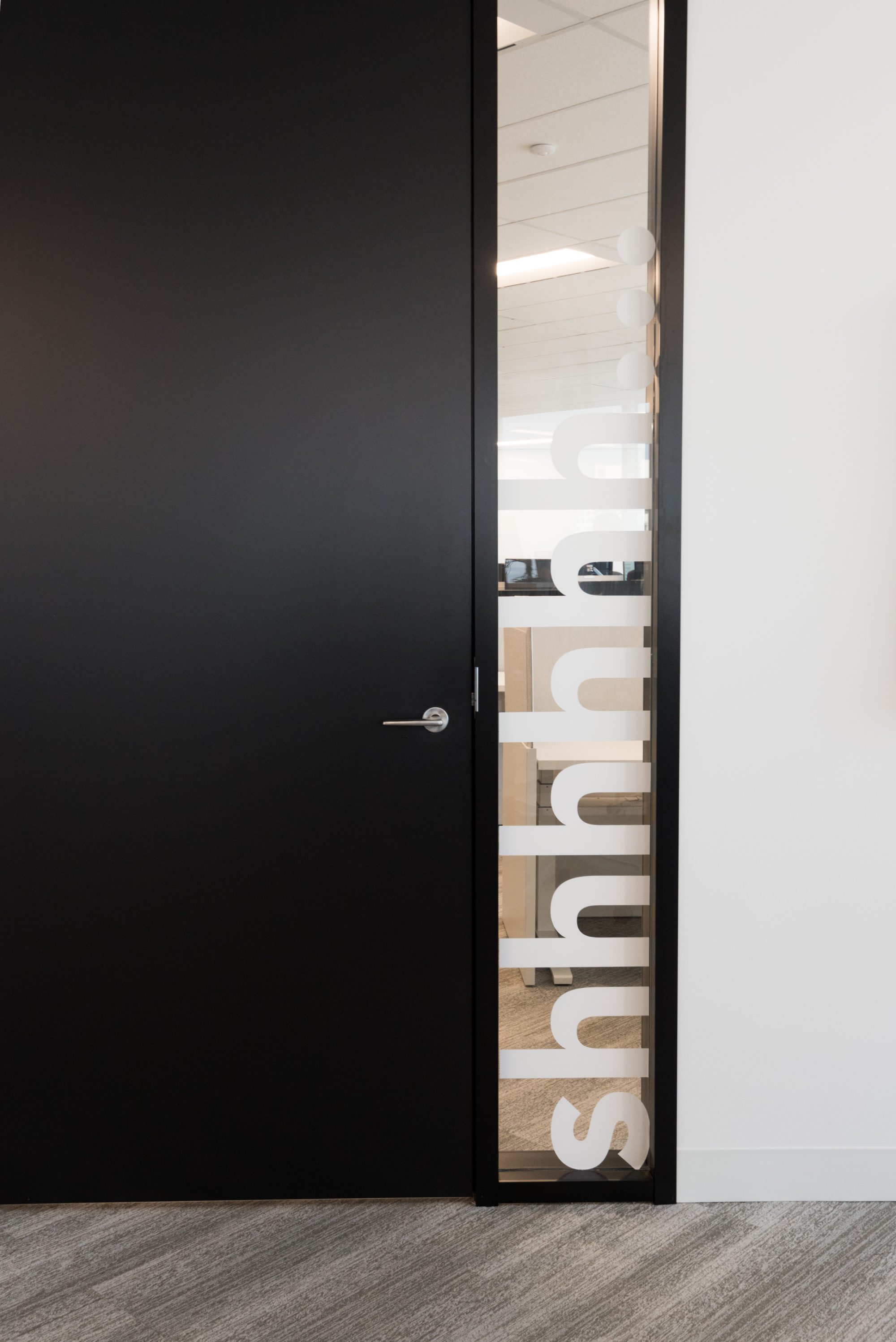 Possibly the coolest perk of all is that staff get to participate in weekly product taste tests. In the tasting room, they’re given three samples of a product (when we visited, it was Coffee Crisp), and asked to identify which one tastes different: 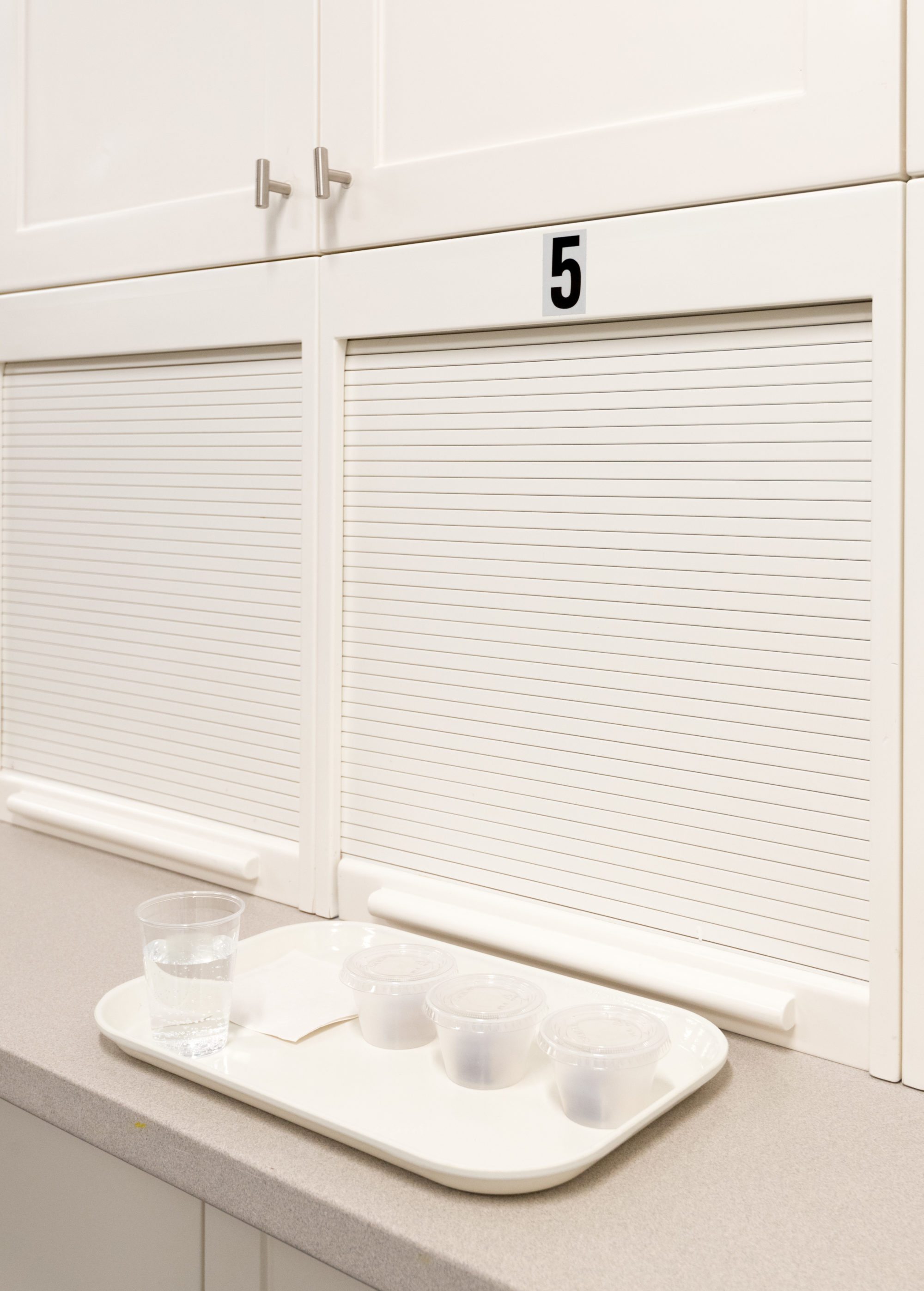