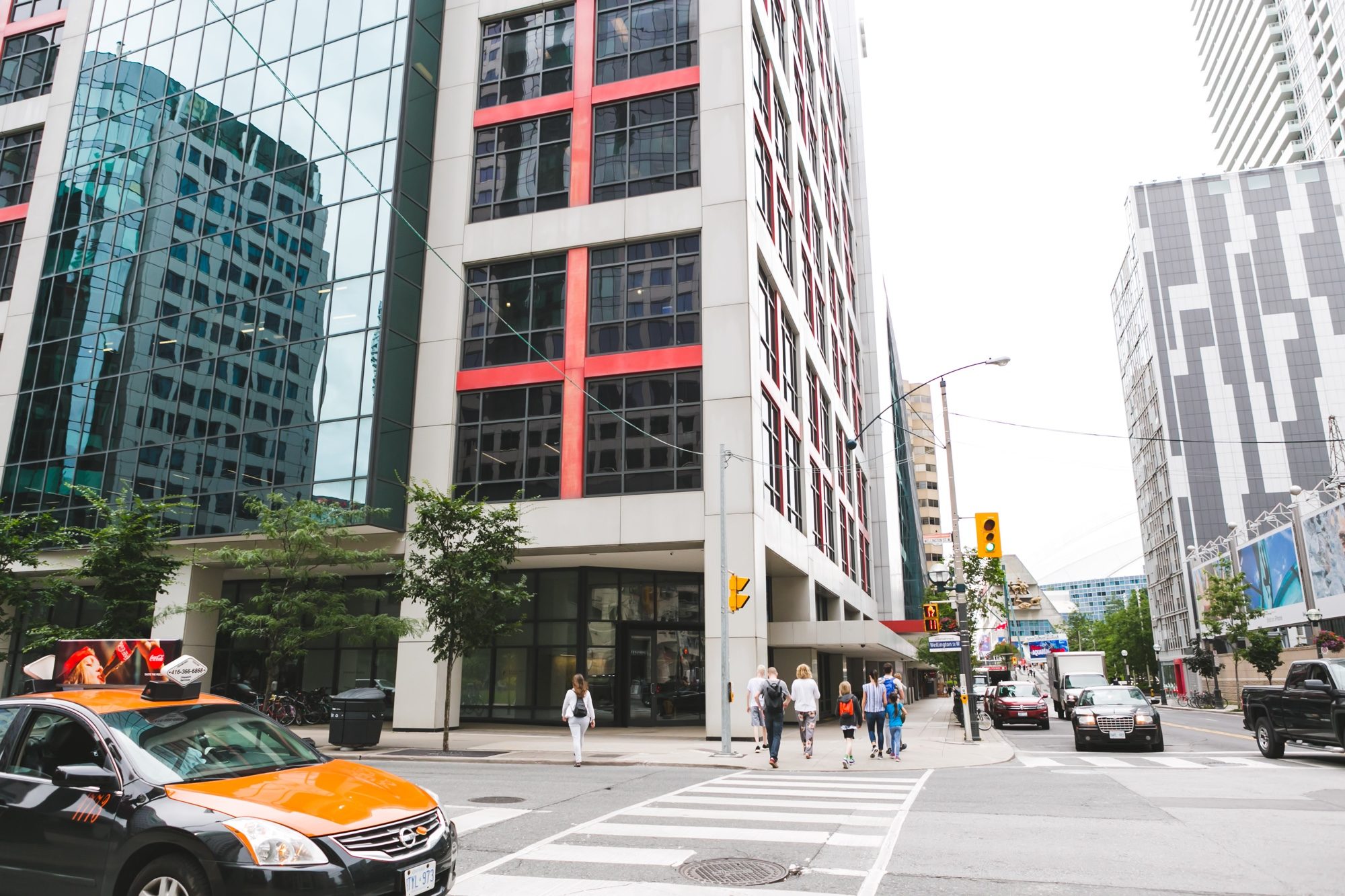 What: The Toronto offices for ad agency Bensimon Byrne, PR agency Narrative and digital and design shop OneMethod
Where: Two floors of a CBC-owned building at John and Wellington
How big: 45,000 square feet for 200 employees

After two years of renovations, Bensimon Byrne finally moved its three divisions into a mammoth concrete structure owned by the CBC. Dundas West architecture firm Lebel and Bouliane and interior design shop Mazen Studio were tasked with transforming an interconnected web of dreary hallways, two-metre-thick concrete walls and steel-suspended sound studios into a dreamy open-concept workplace. They ended up using the grand, brutalist bones of the structure as inspiration, and opened up the space by knocking down unnecessary walls, lowering some floors and raising the ceilings.

Aside from a few shared services like a print shop and finance department, each division has its own distinct vibe. All three departments share a street-facing entrance marked by a neutral reception area. The team replaced a cinderblock wall with windows and suspended an industrial staircase leading to the upper floor. The custom reception desk was crafted from three kinds of stone (white arabescato carrara marble, black nero marquina and taupe eramosa): 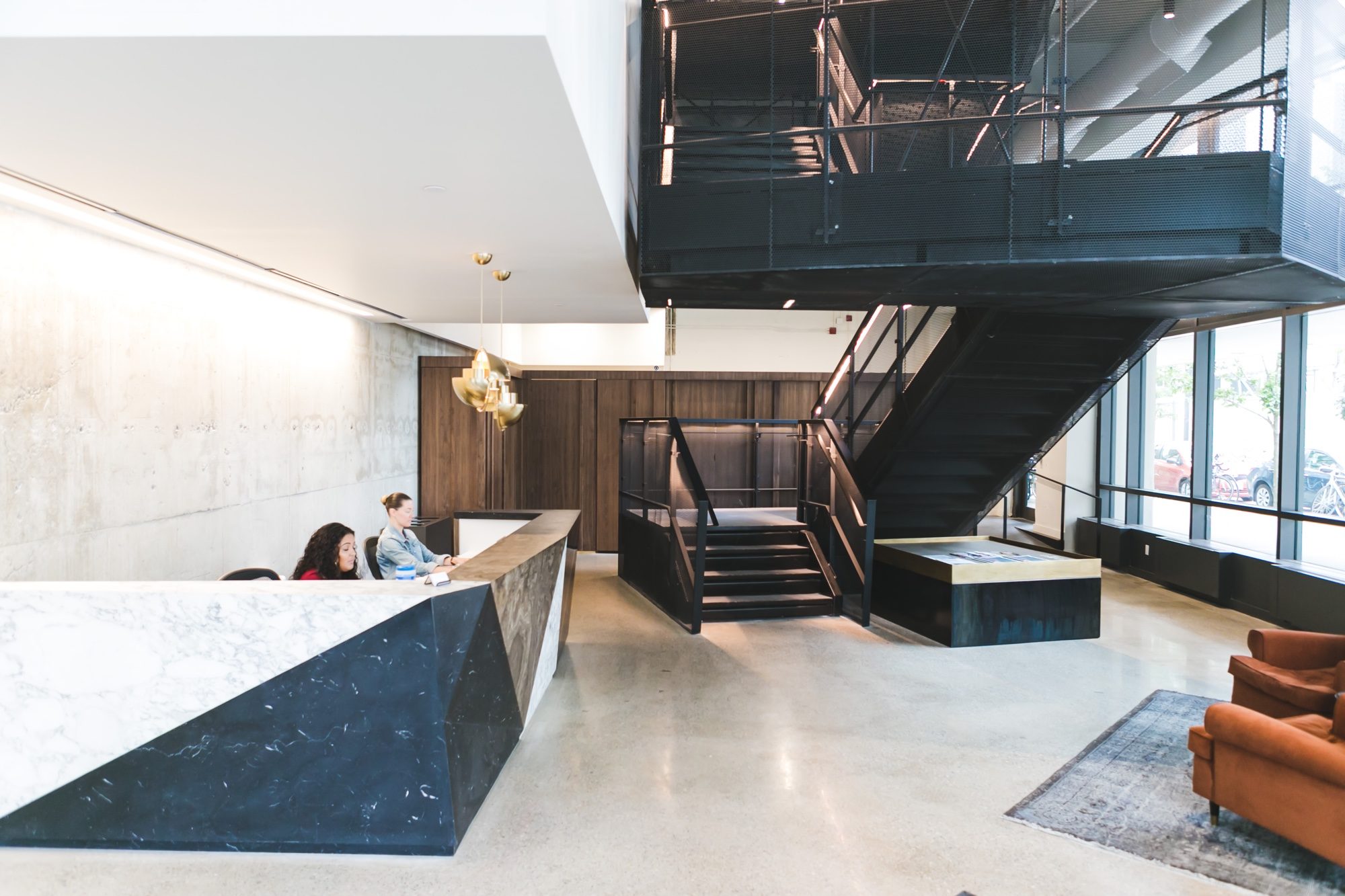 Staff and guests are ushered into the the Bensimon Byrne space with the “Mad Bar,” a nod to a favourite watering hole near Bensimon Byrne’s old location: 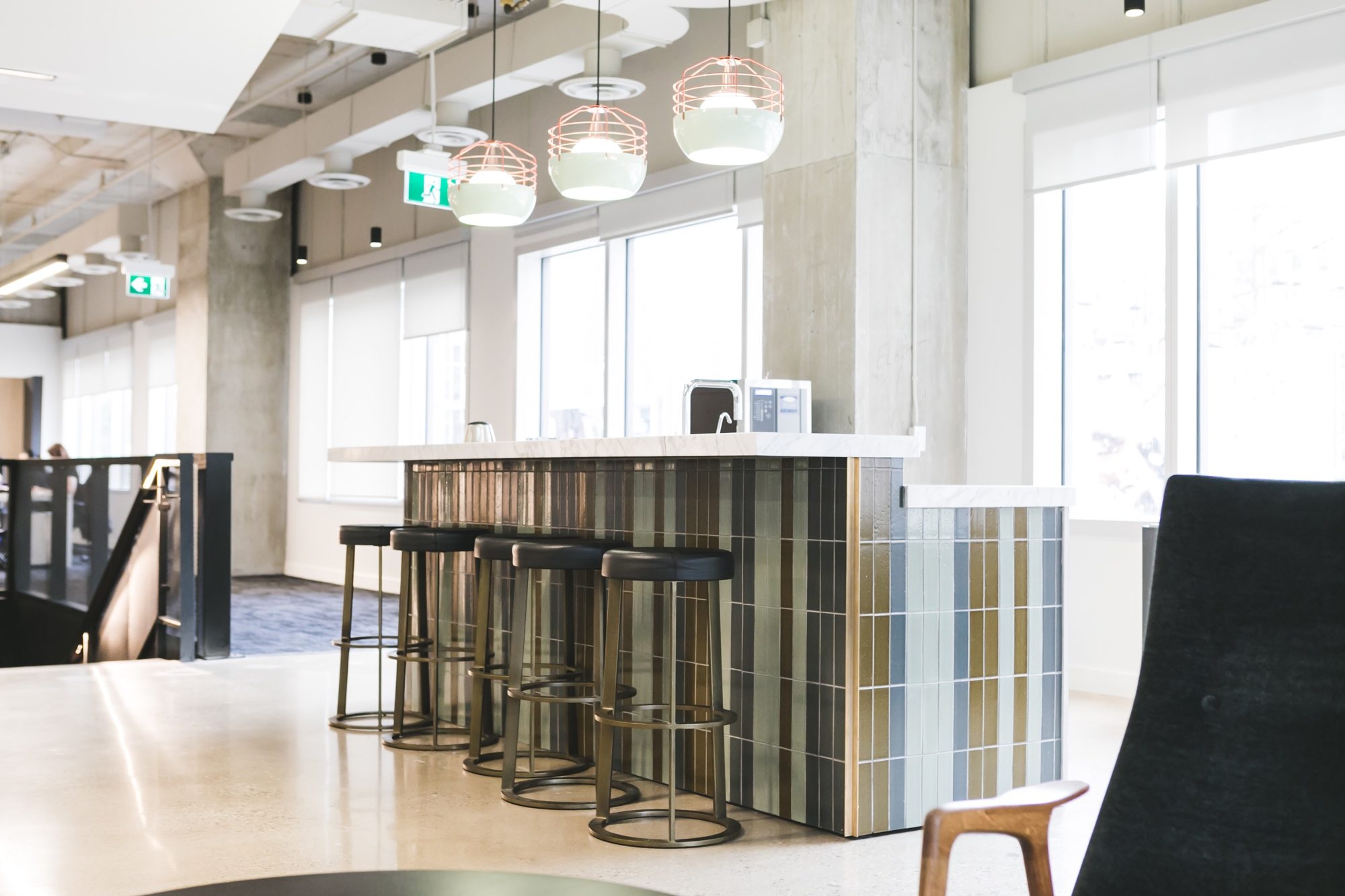 Unlike the CBC’s former setup, which had private offices lining the perimeter of the building, all window space is democratic, and there are only six offices in the entire complex. Mazen Studio hunted down a mix of vintage and new furniture for a lived-in, homey vibe: 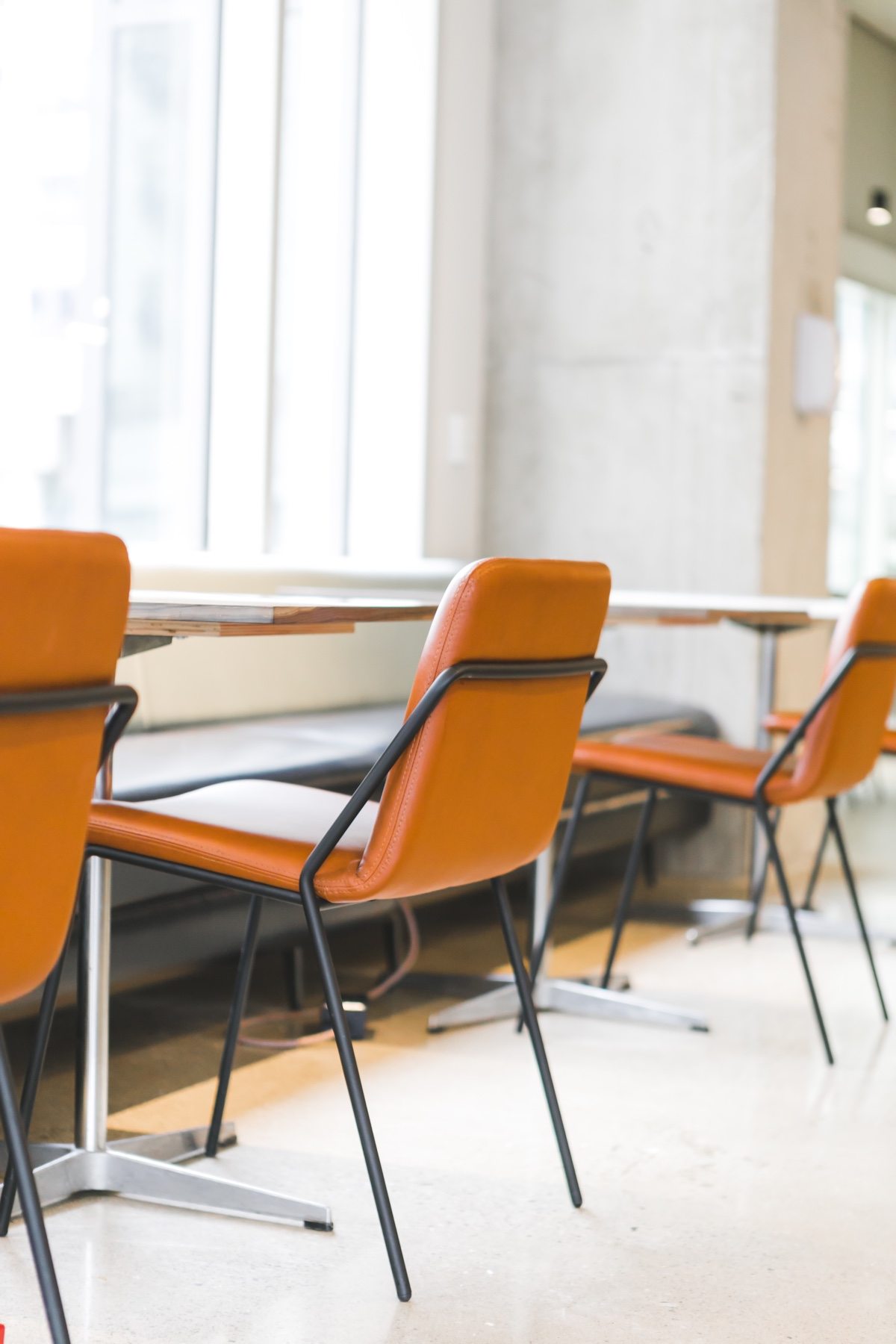 The office pathway leads to a former recording studio now known as the “agora”. “It had these crazy dark hallways—we didn’t get a sense of the scale until we removed everything,” says architect Luc Bouliane. Now, it holds the office’s main kitchen, walnut picnic tables and bleacher seating. It’s where monthly town halls occur, and a projector turns one wall into a giant screen perfect for watching baseball games: 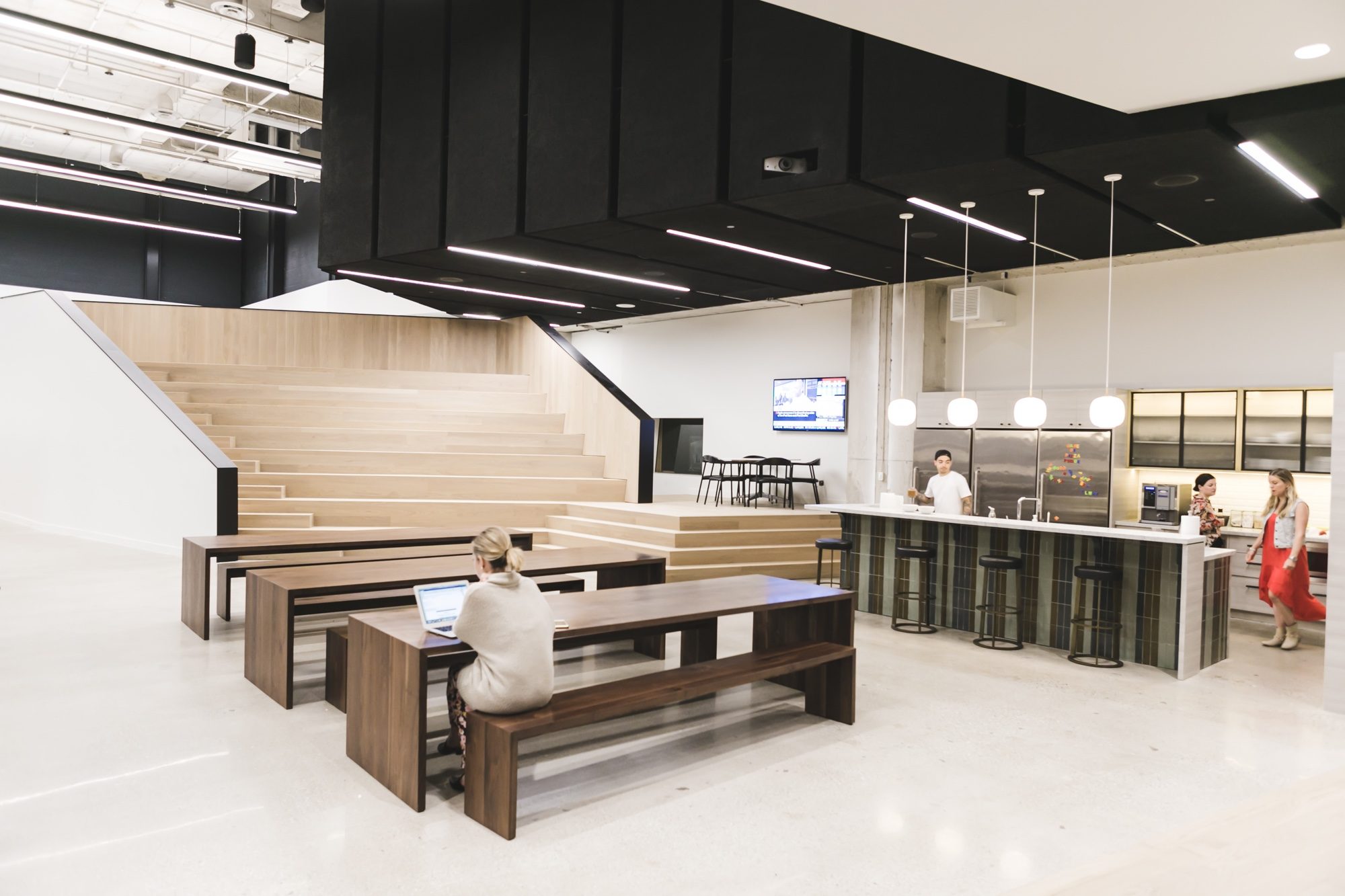 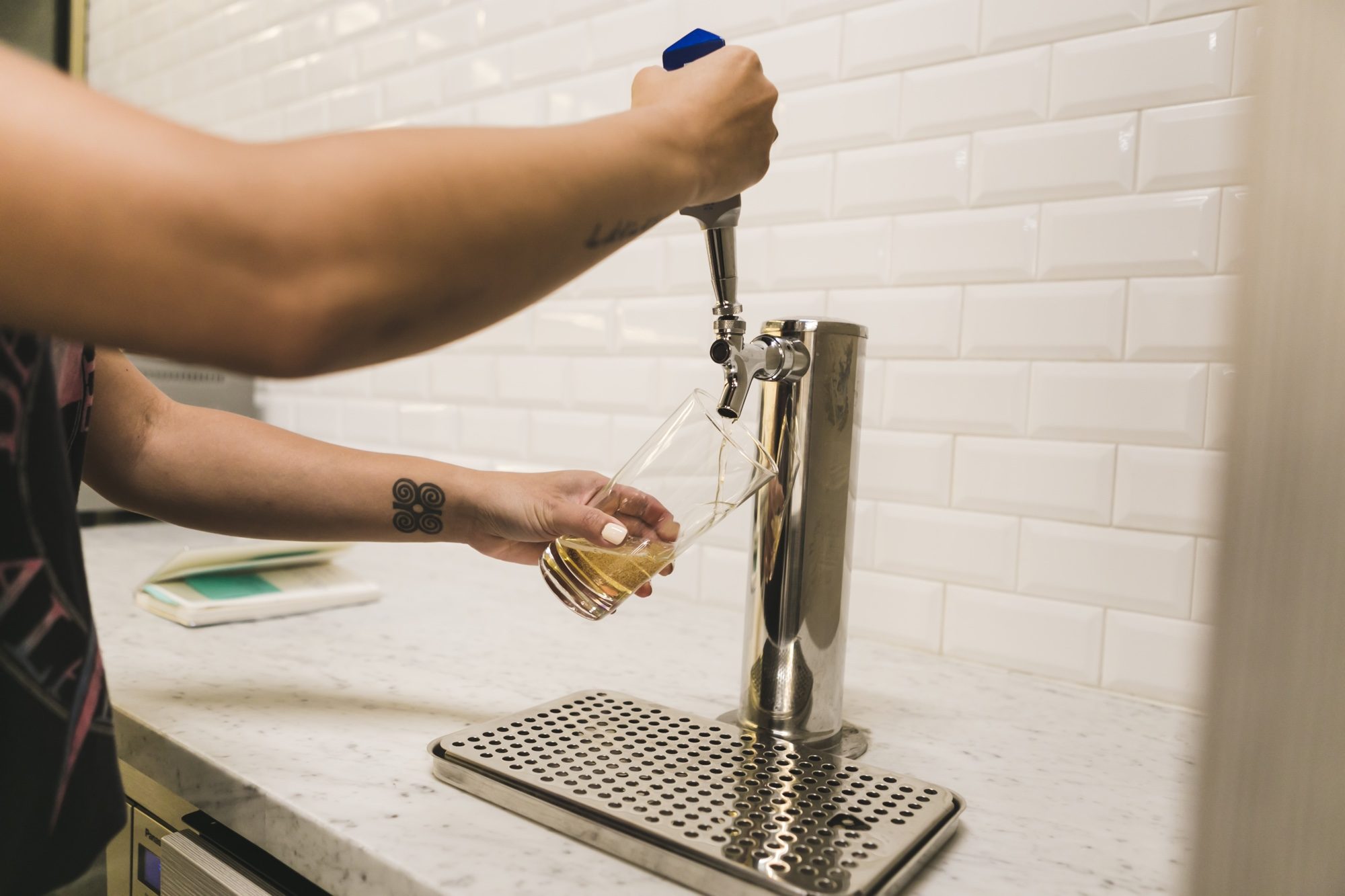 Dogs, like Chunky here, are always welcome. The Narrative space, adjacent to the Bensimon area, stands out with its slightly lighter carpets. Music is a big part of their culture, and the space was filled with loud rap when we visited. Back here are also renovated showers, bathrooms and a studio that will soon function as a wellness centre: 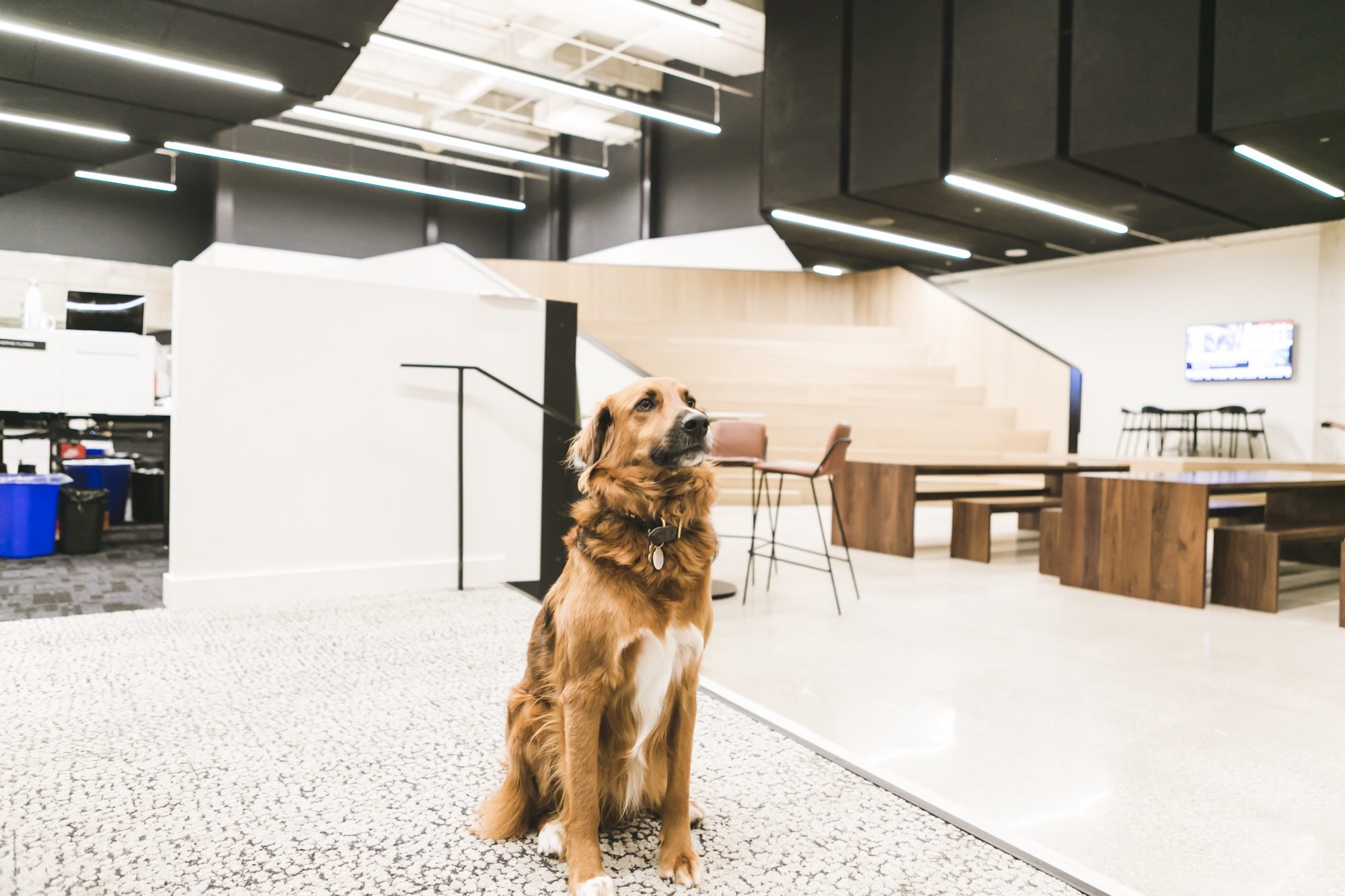 The spaceship-shaped conference room (dubbed the “control room”) has blue velvet couches and Eames chairs. They removed a layer of glass on the doors, but even so, the space is completely sound-proof: 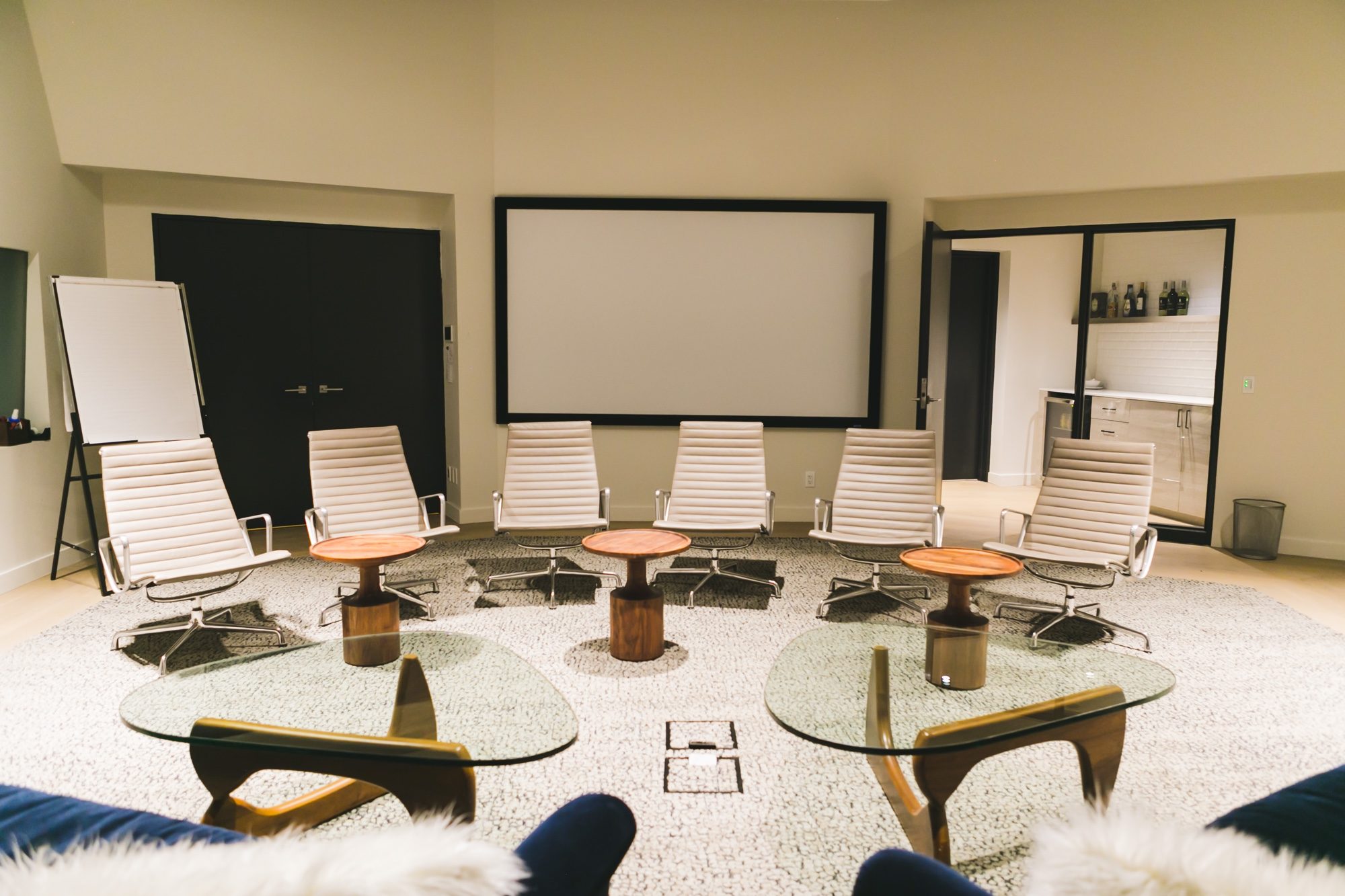 Staff only moved into the OneMethod office, dubbed the “MethLab,” in April. The place is filled with lots of large tables, which are used for more creative projects. The team also added mezzanines to carve up the space and add a few quieter work areas: 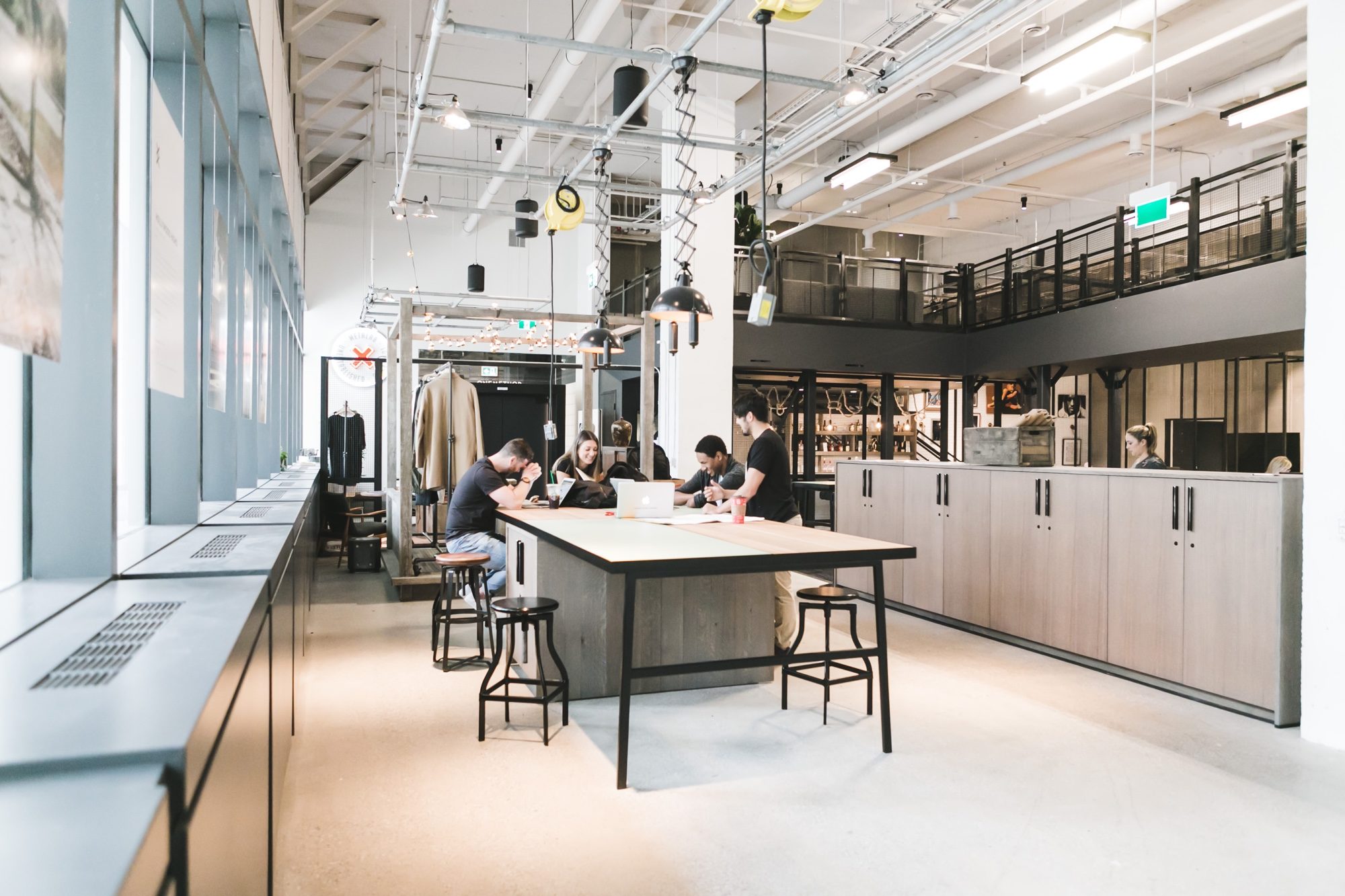 Behind the entrance is a boutique, which showcases the brand’s line of athleisure wear, OneMeth Goods. (The agency is also behind taco joint La Carnita.) They made all their own signage: 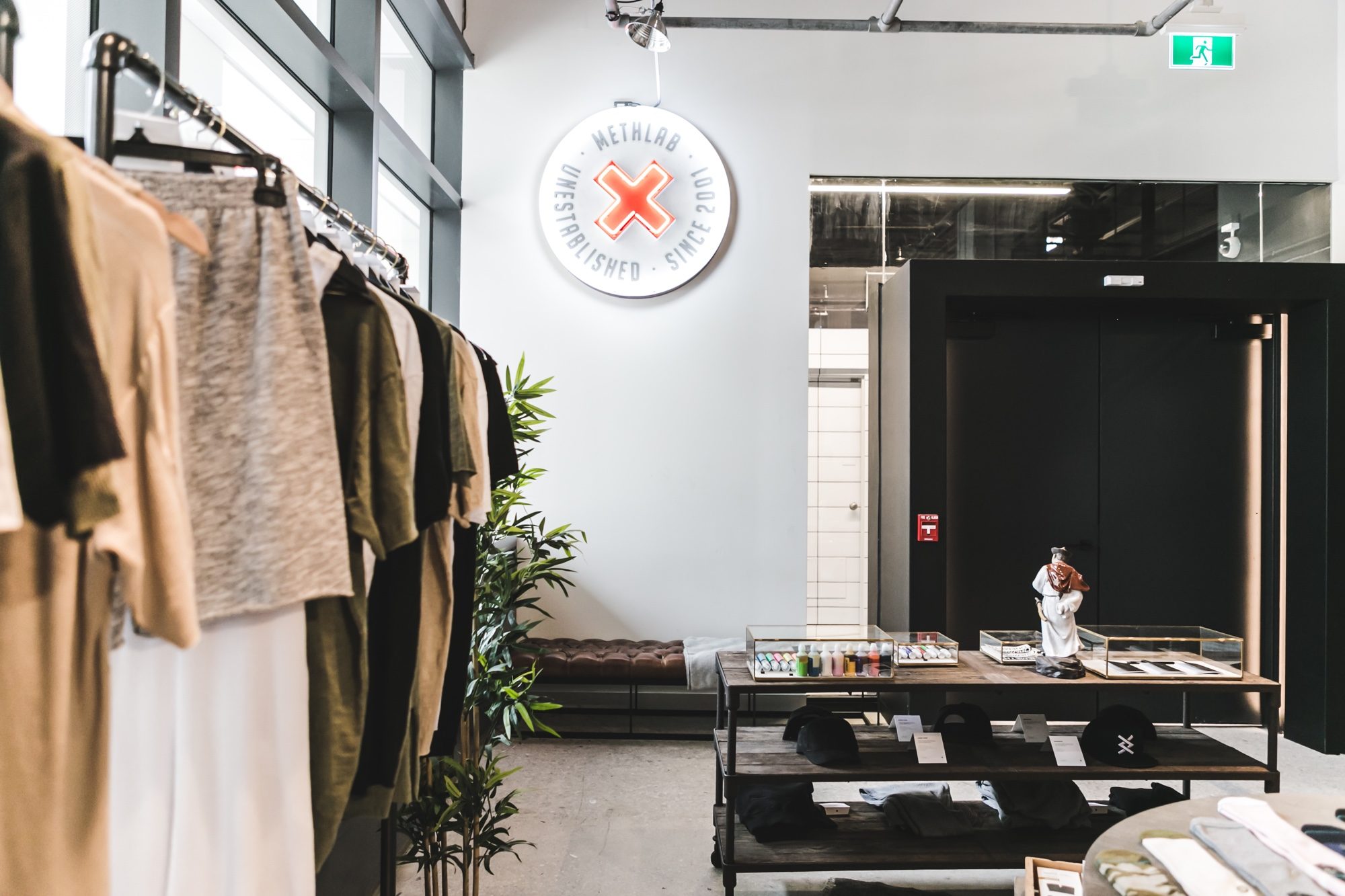 There’s a bigger bar down here, with its own side entrance for parties (which occur frequently): 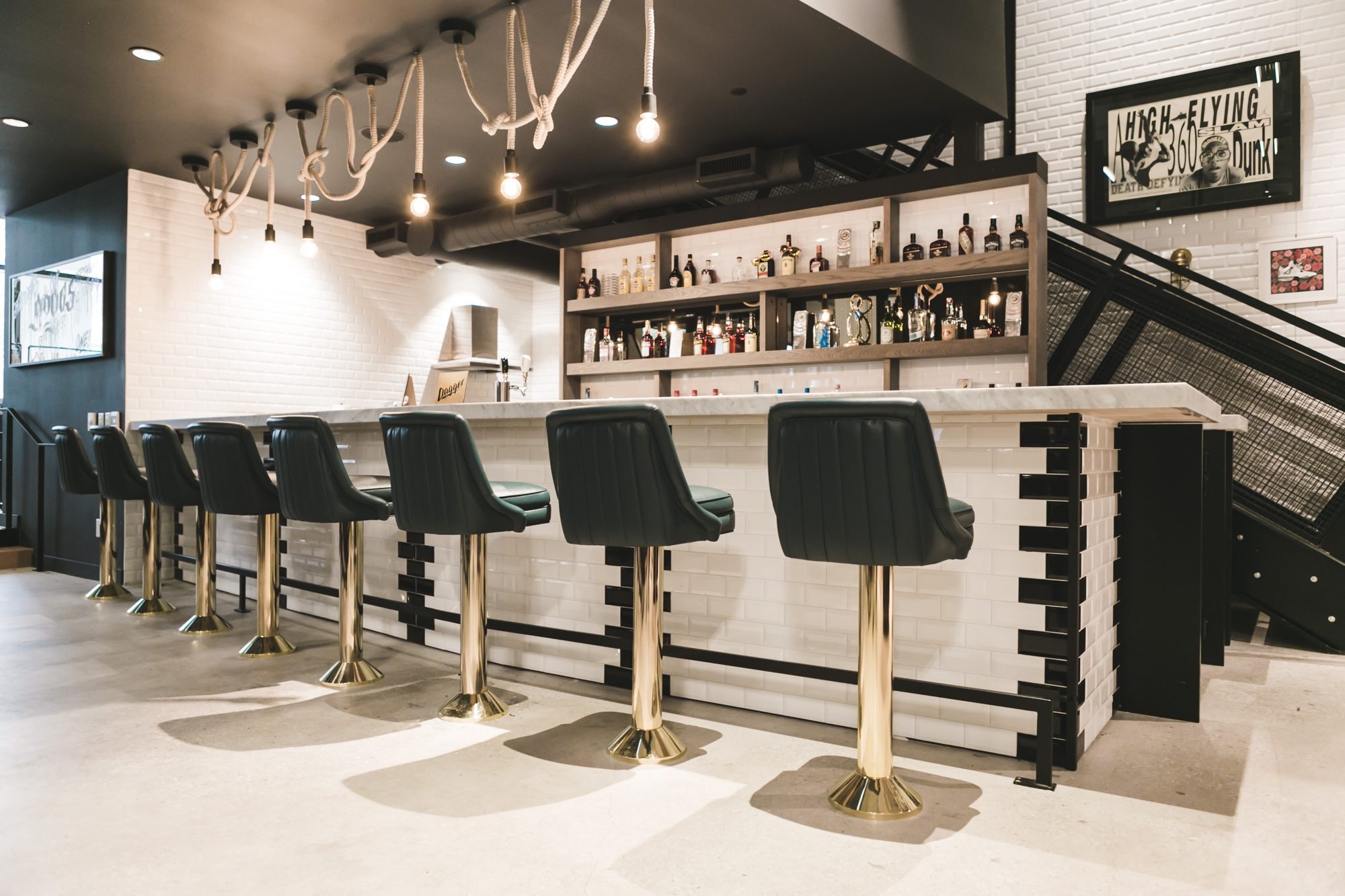 Here’s the cozy lounge off the bar, which can be separated from the main office with retractable doors. Up the stairs is a DJ booth: 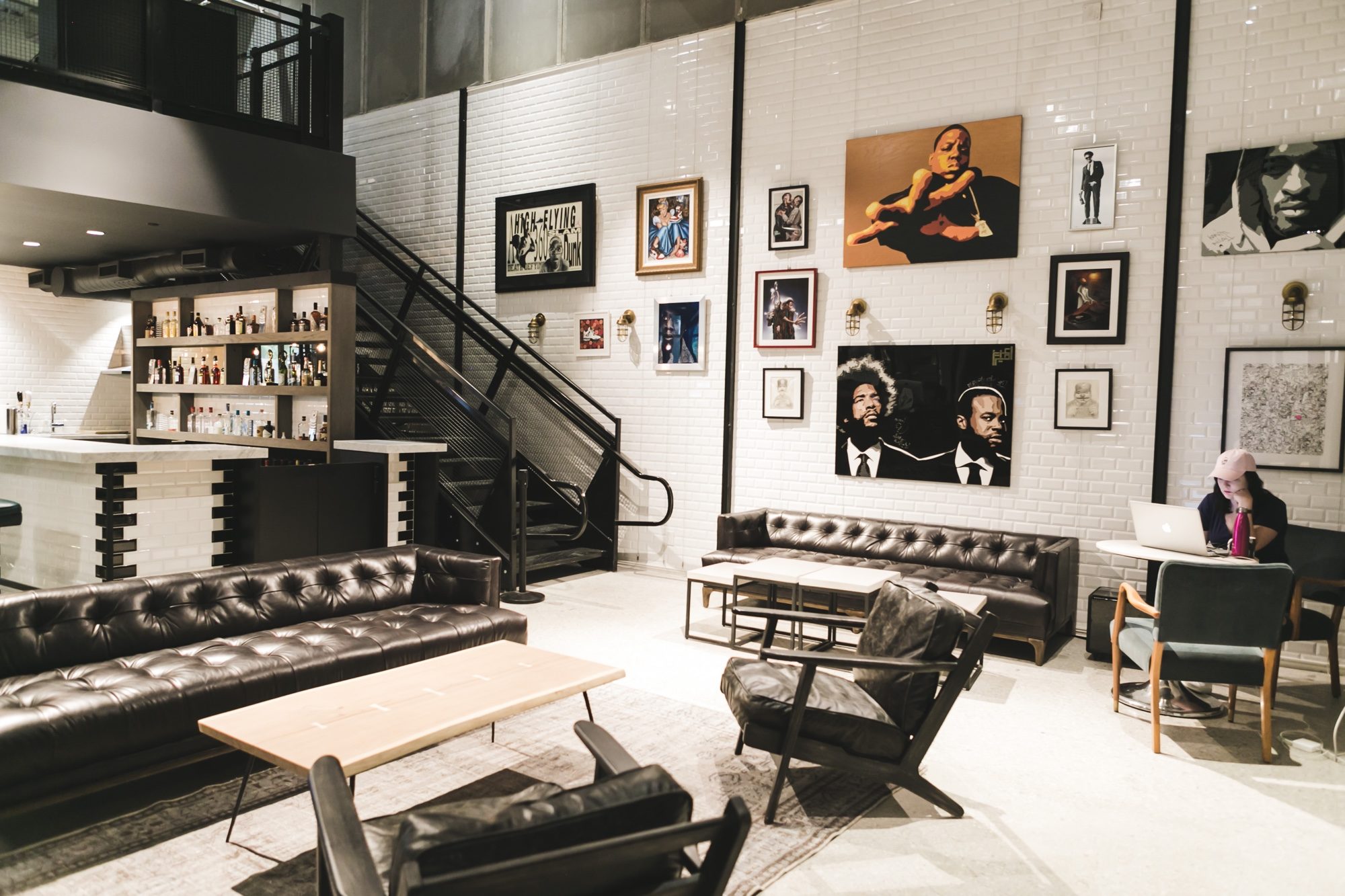 Here’s the main office area. They wanted to keep the look industrial and unfinished: 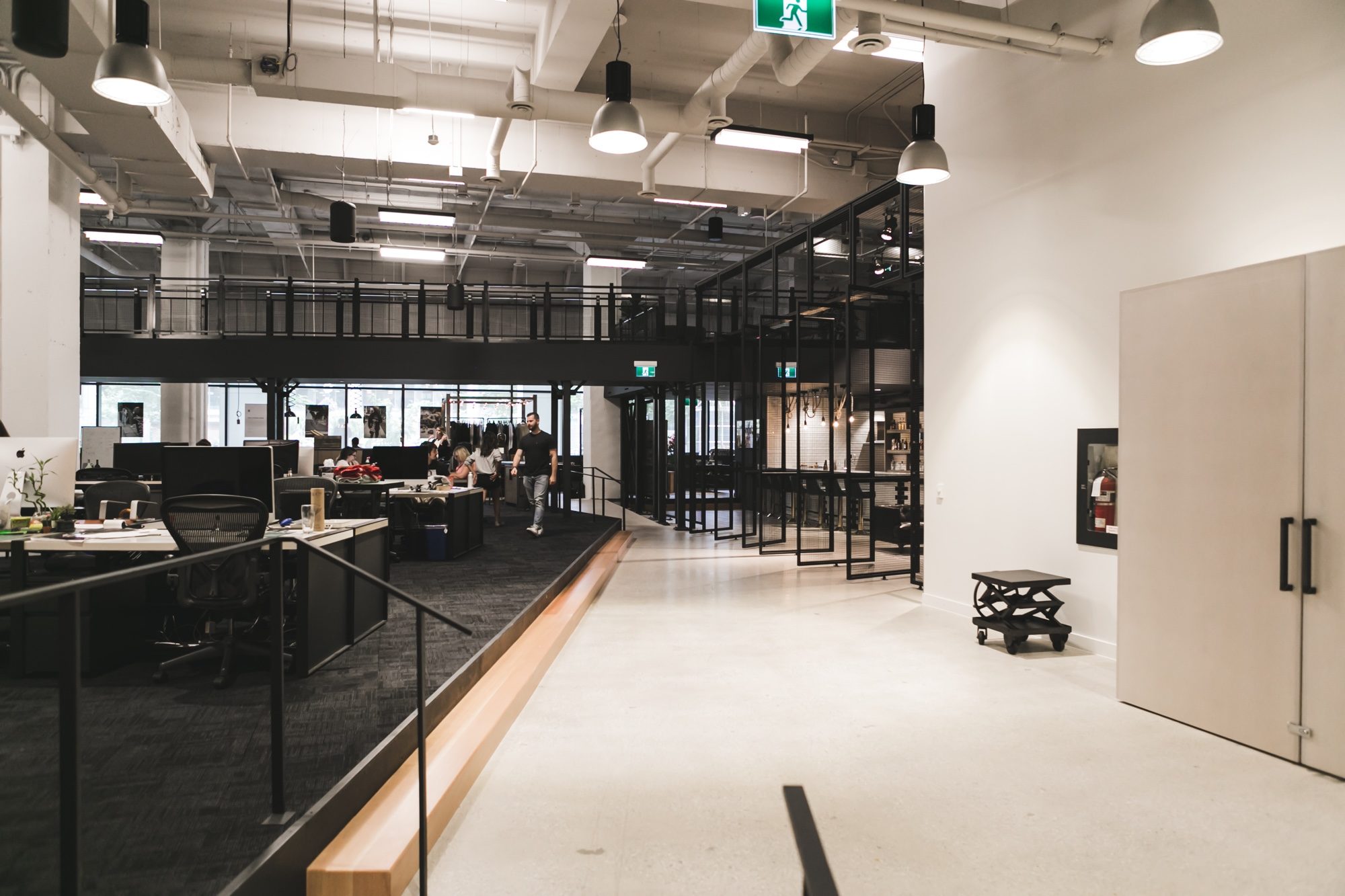 Meetings are often held in shipping container–like boxes. This one is decorated with an abstract jumble of letters that make up their logo: 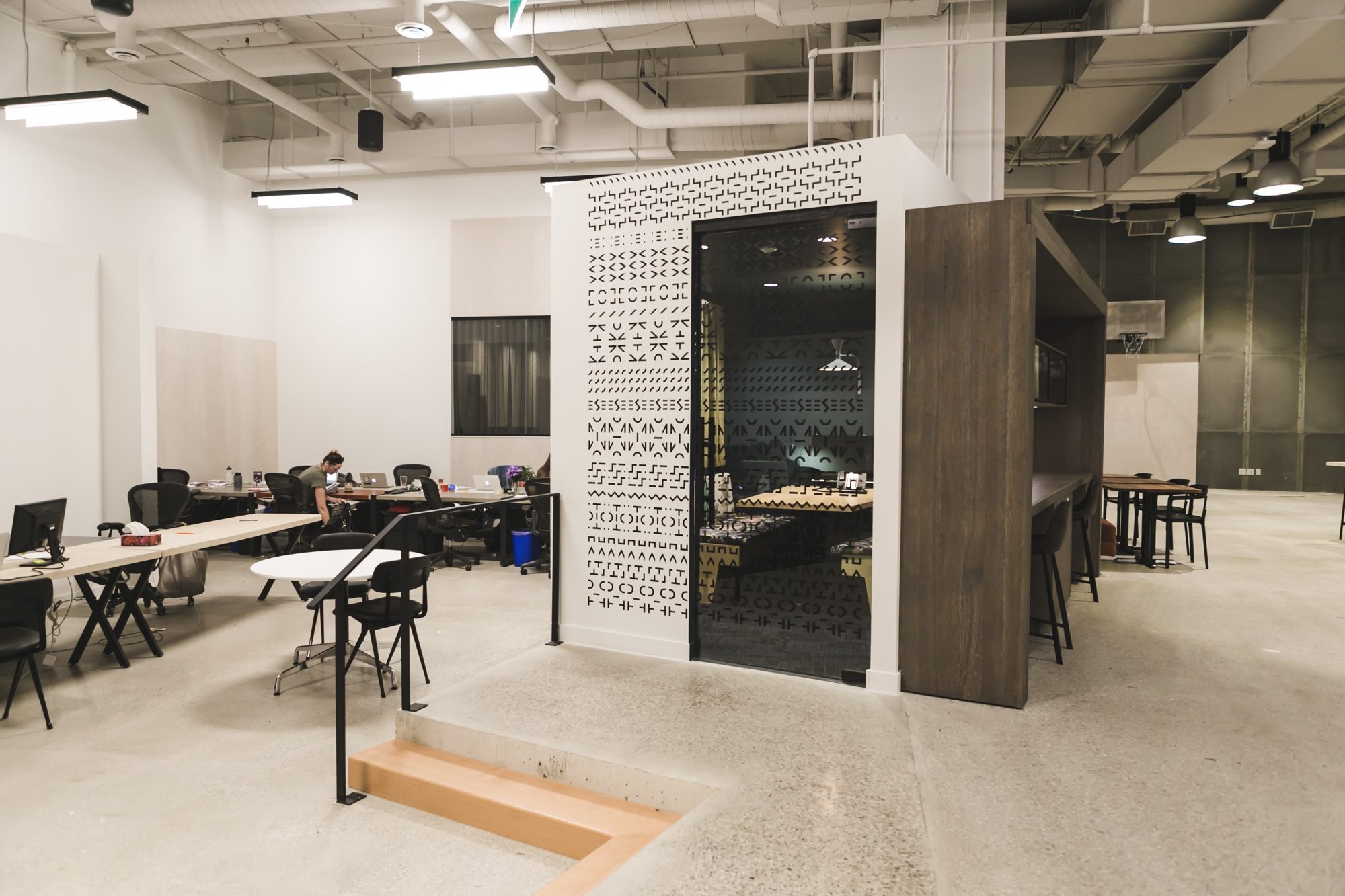 They also have their own kitchen: 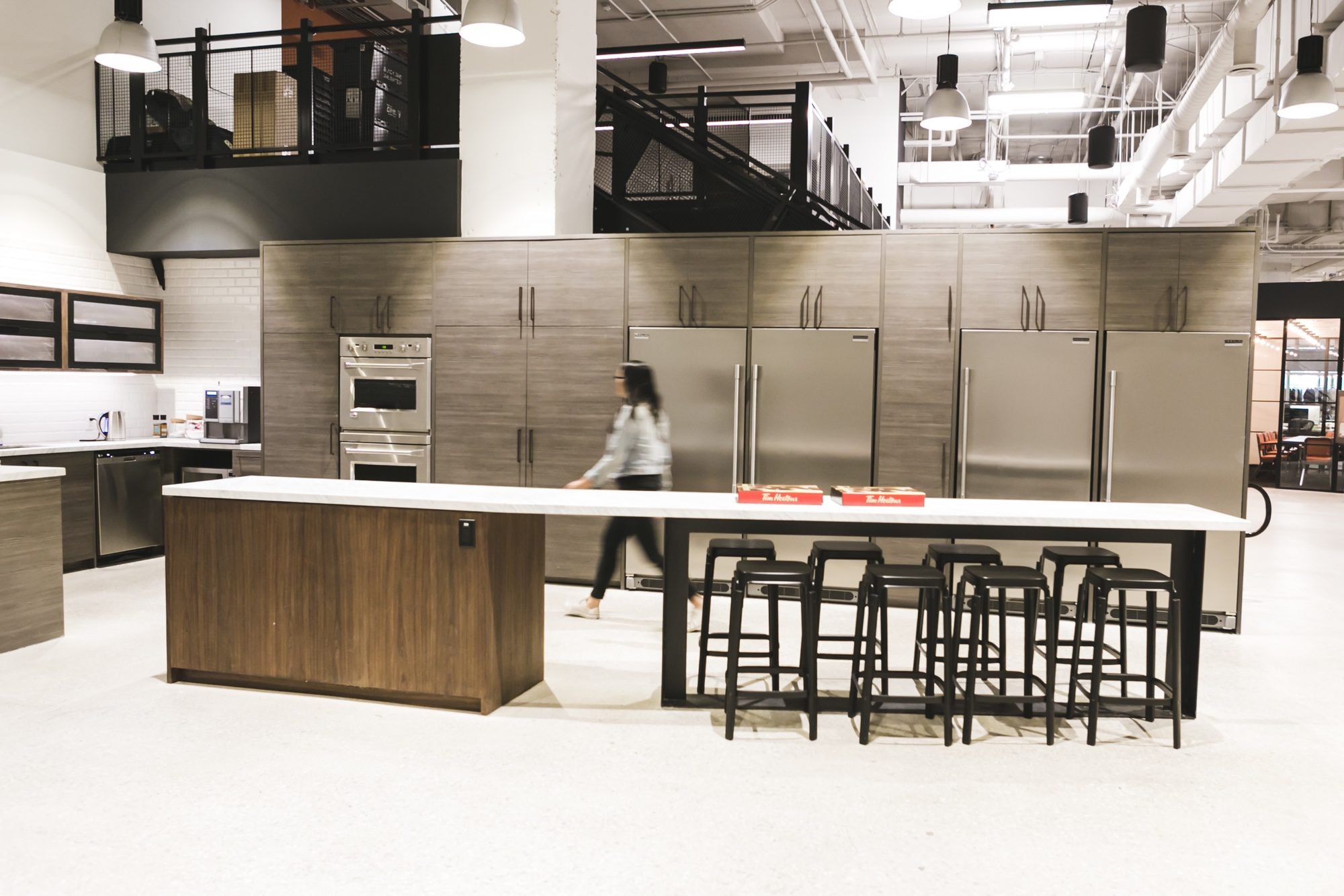 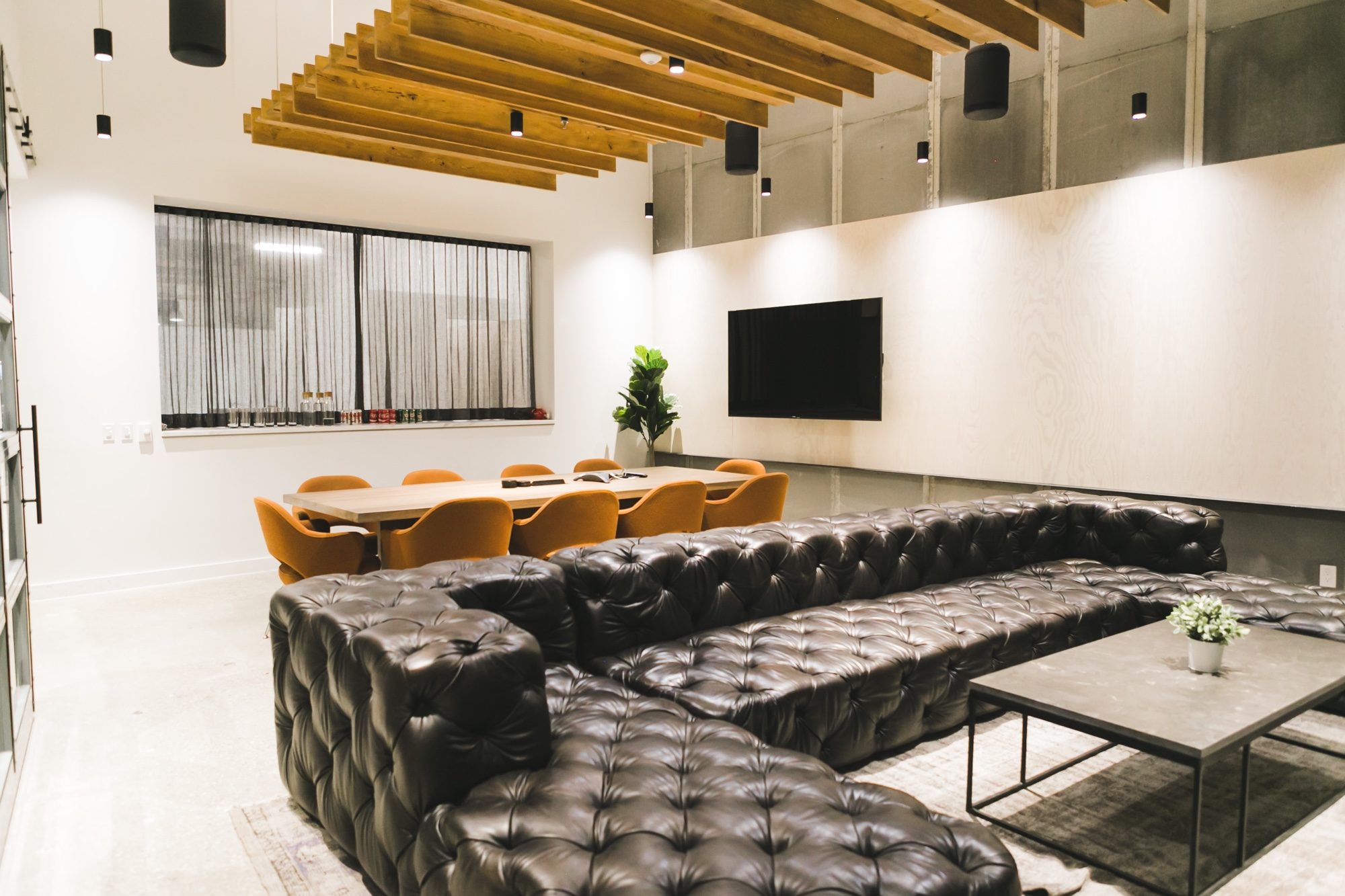 There’s a basketball court, too. (Those doors there open to a massive elevator that can easily fit a truck.): 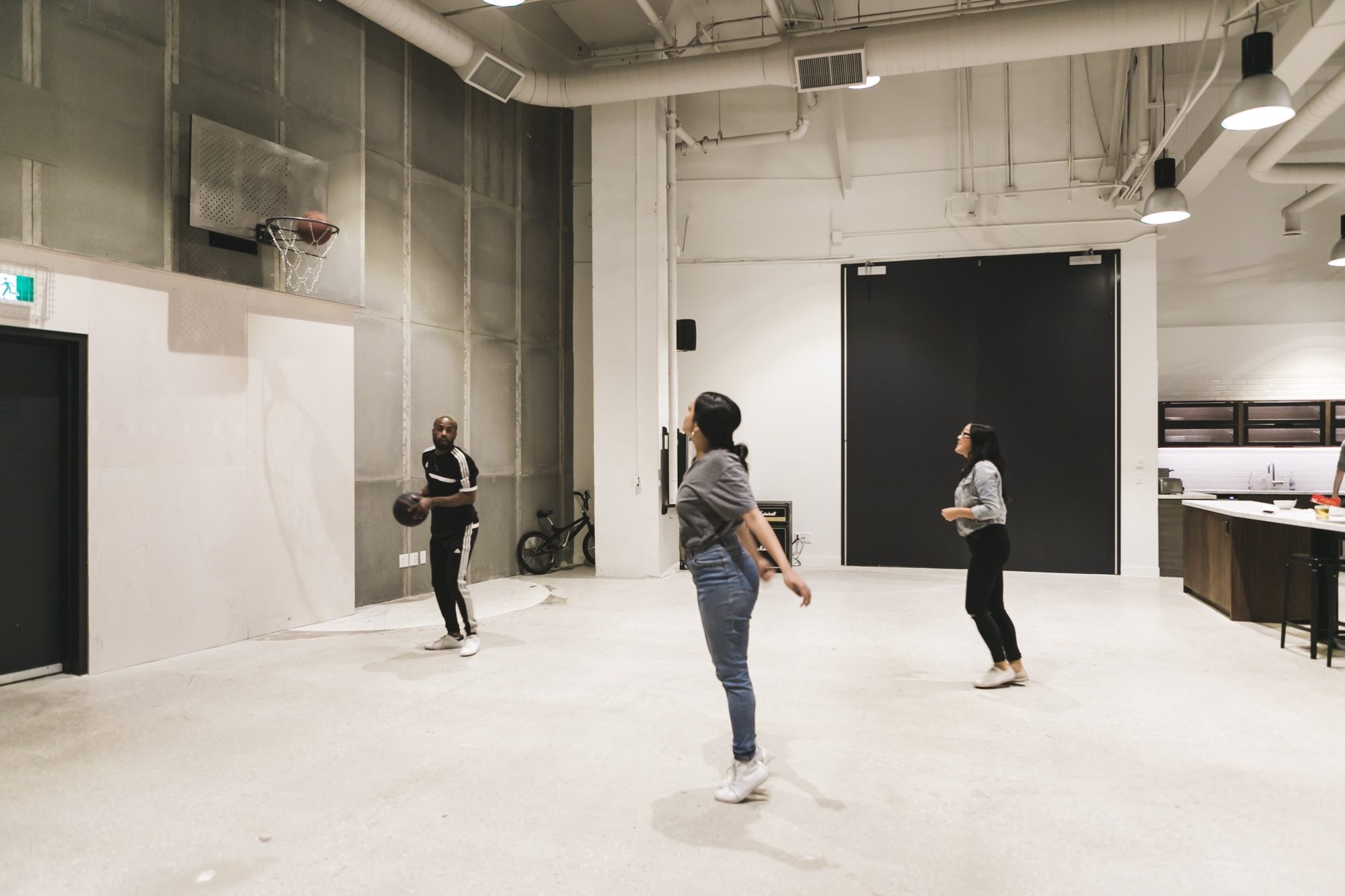 Previously the headline of this article stated that the offices were located inside a former CBC building, when the building still houses the CBC. It has since been updated.