What: toy and entertainment company Spin Master
Where: the first five floors of an office tower at King and Duncan
How big: 100,000 square feet for more than 600 employees

After Spin Master abandoned their old office at Front and Portland a few years ago, they set up shop temporarily at Bloor and Church while they searched for a permanent headquarters. They settled on five floors of an early-1990s office tower in the Theatre District, which had previously housed an insurance company. It had all the space they craved—three times as much as their previous location—but the vibe was too stuffy and corporate. Spin Master wanted an office to showcase their product history and inspire creativity among employees, whether they’re designing packaging, running focus groups, tweaking toys in the lab or shooting commercials in the on-site studio. They hired InStudio to strip away all the corporate details and transform the space into a cheerful workshop. Here’s a look inside.

The main-floor staircase is meant to resemble their Jenga-inspired jumbling tower game: 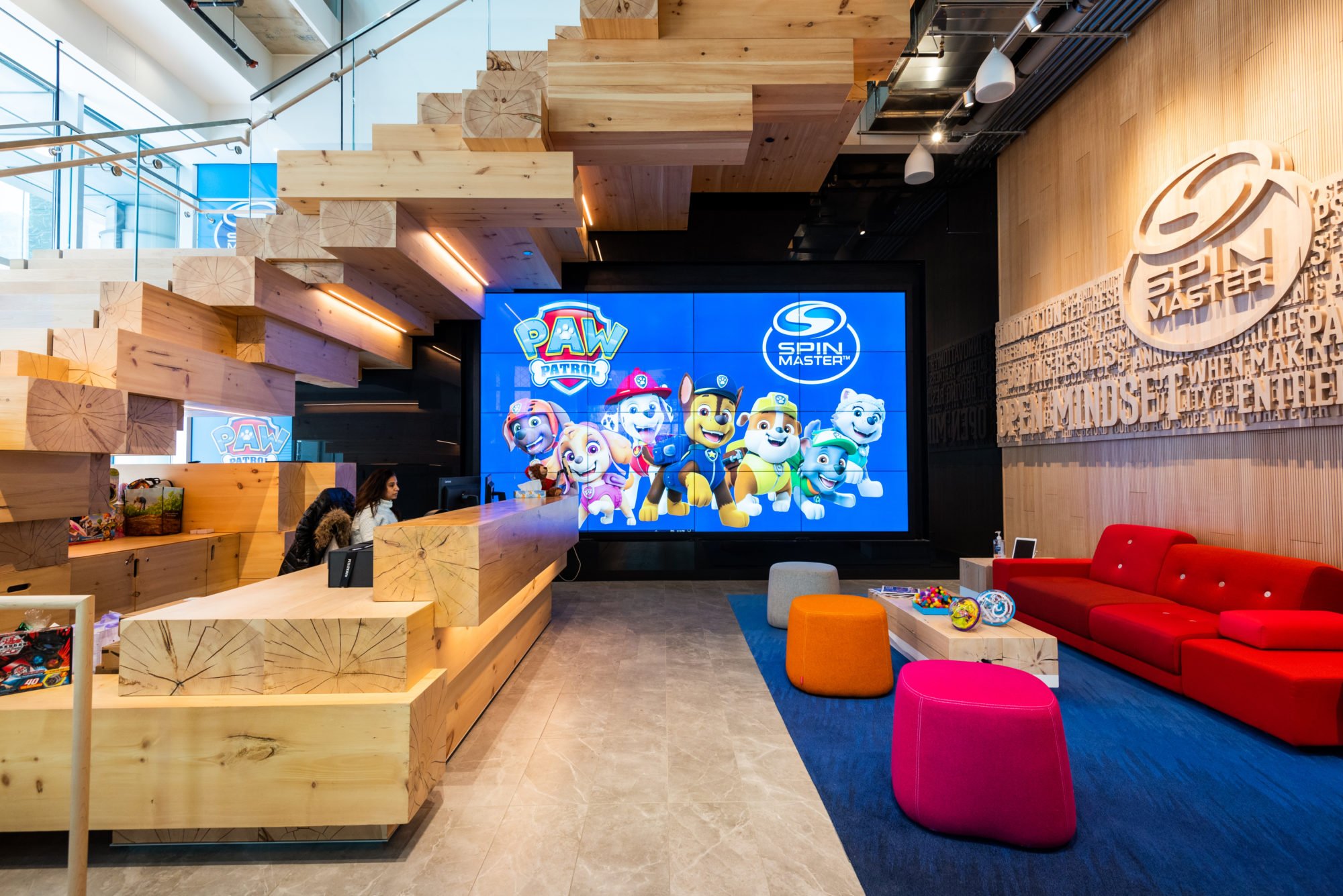 The second floor is home to a mini-museum devoted to the brand’s history, which showcases some of their more popular products and entertainment. They’ve come a long way from their first product in 1994: Earth Buddy, the nylon stocking-covered head of sawdust topped with grass hair. Visitors can learn about their first airplane model and stick their hands in kinetic sand: 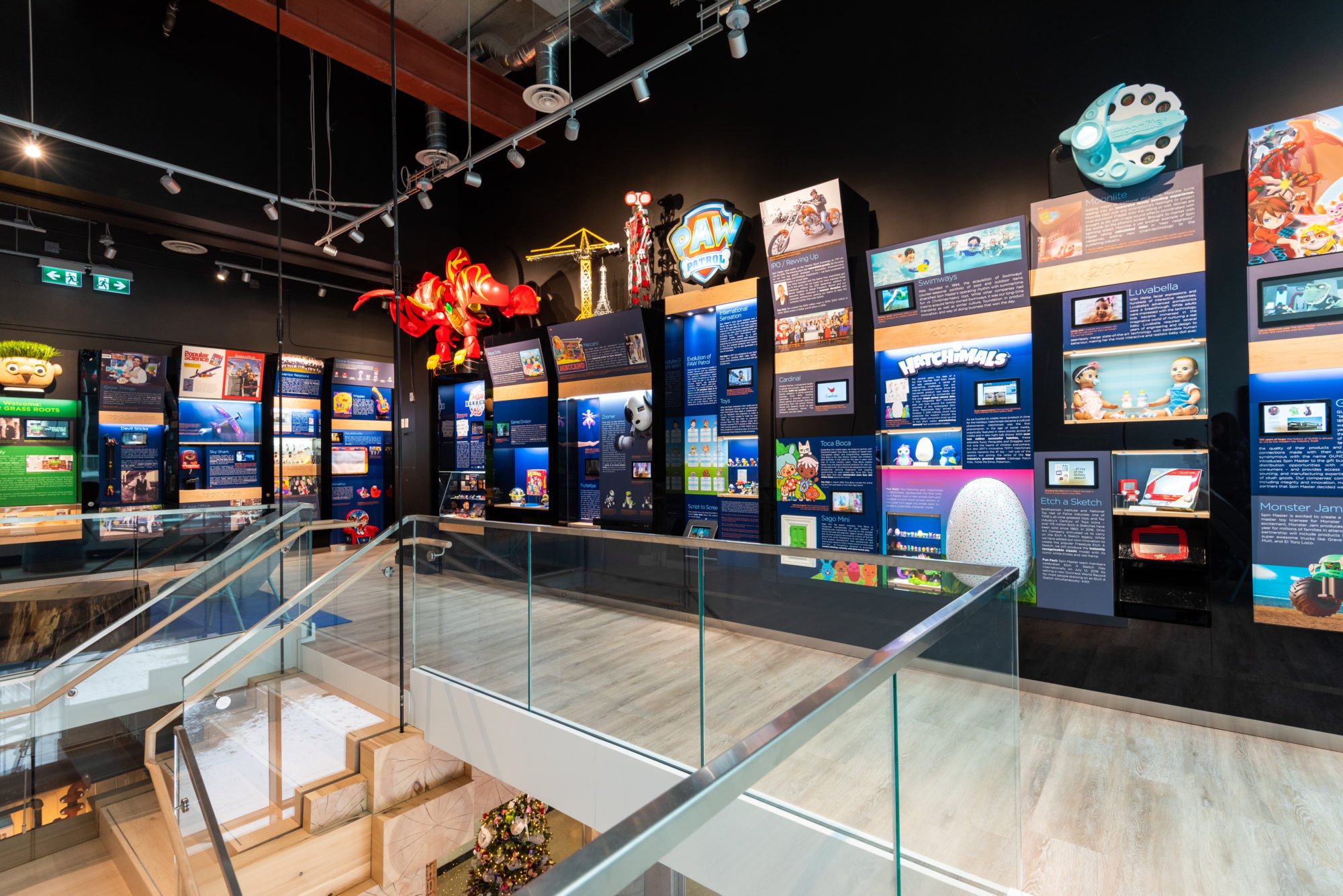 The communal area on the second floor features bleacher seating and a giant “Play” sign made from the brand’s Bunchems, colourful balls that bind together for building: 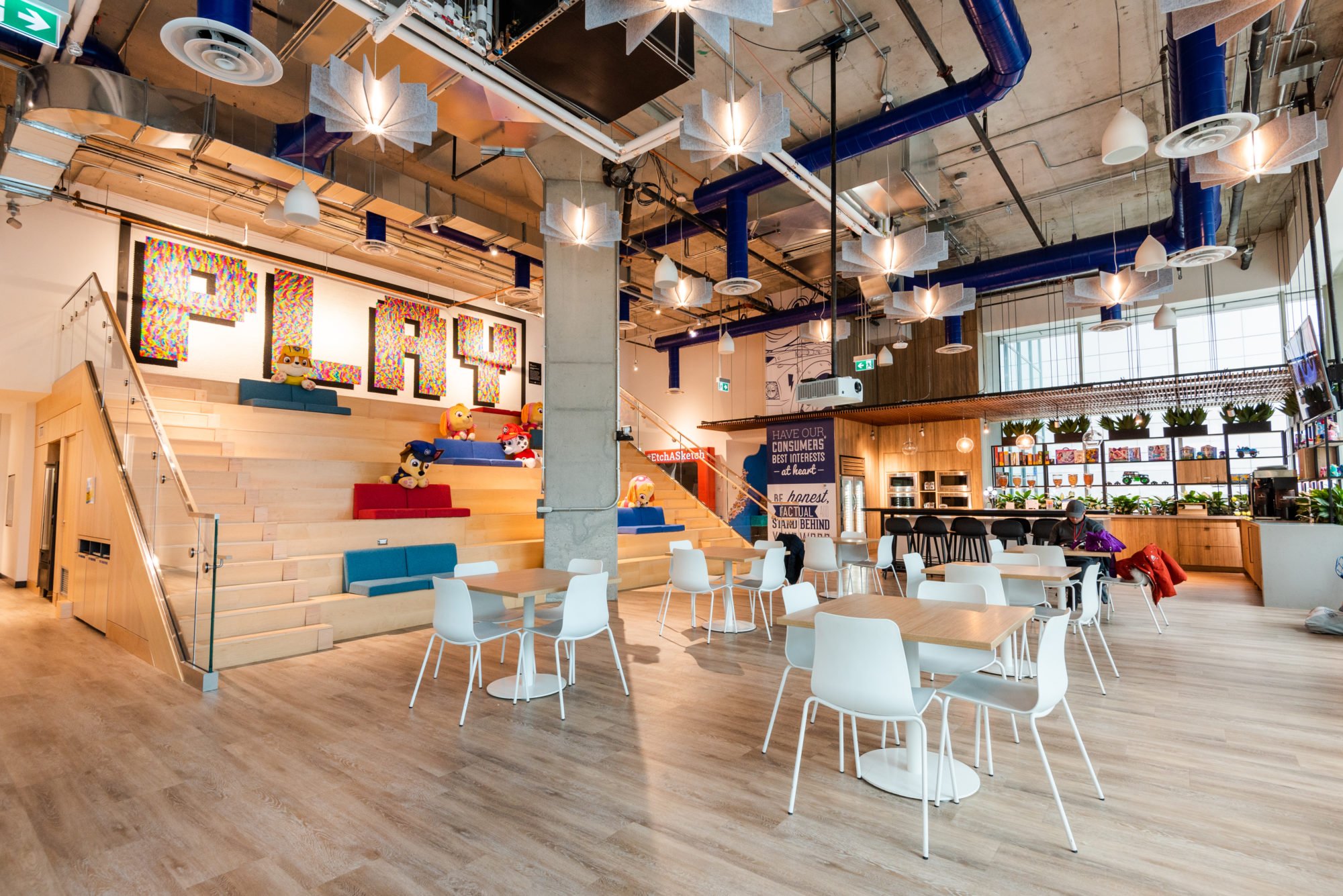 The main kitchen is also on this floor: 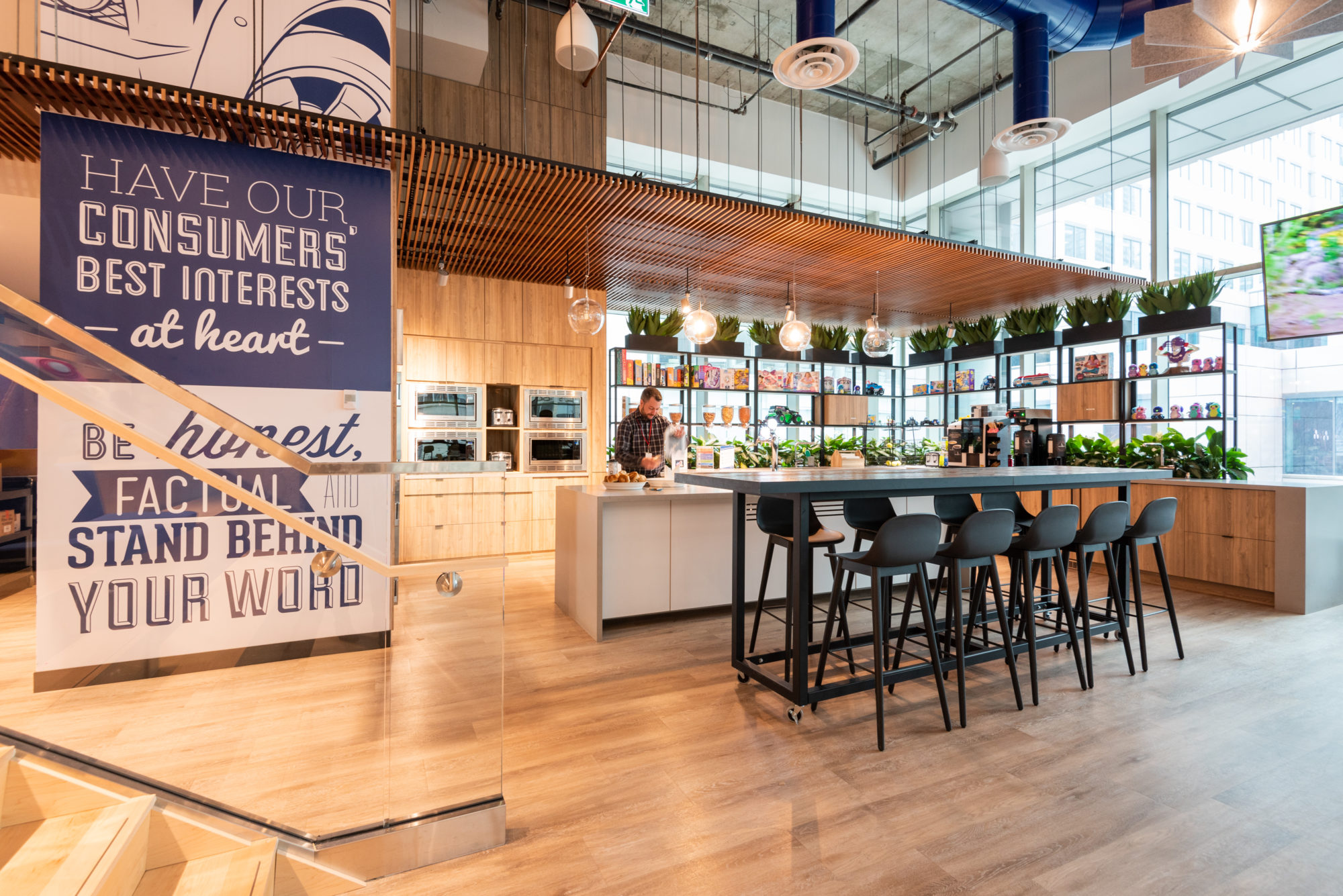 There’s a giant Etch A Sketch for staff and visitors to play with: 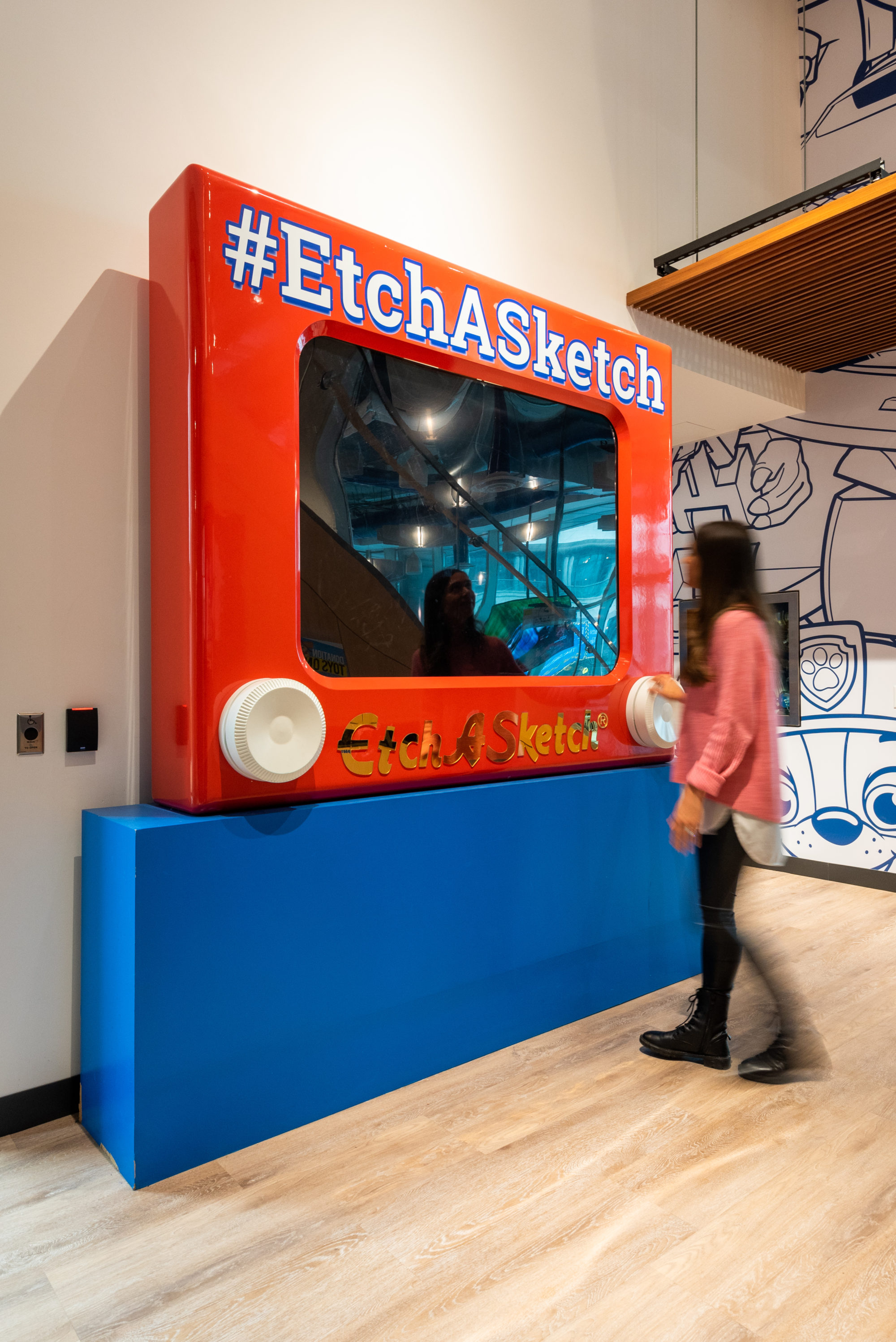 There’s a full photo and video studio on site, which is convenient for shooting ads: 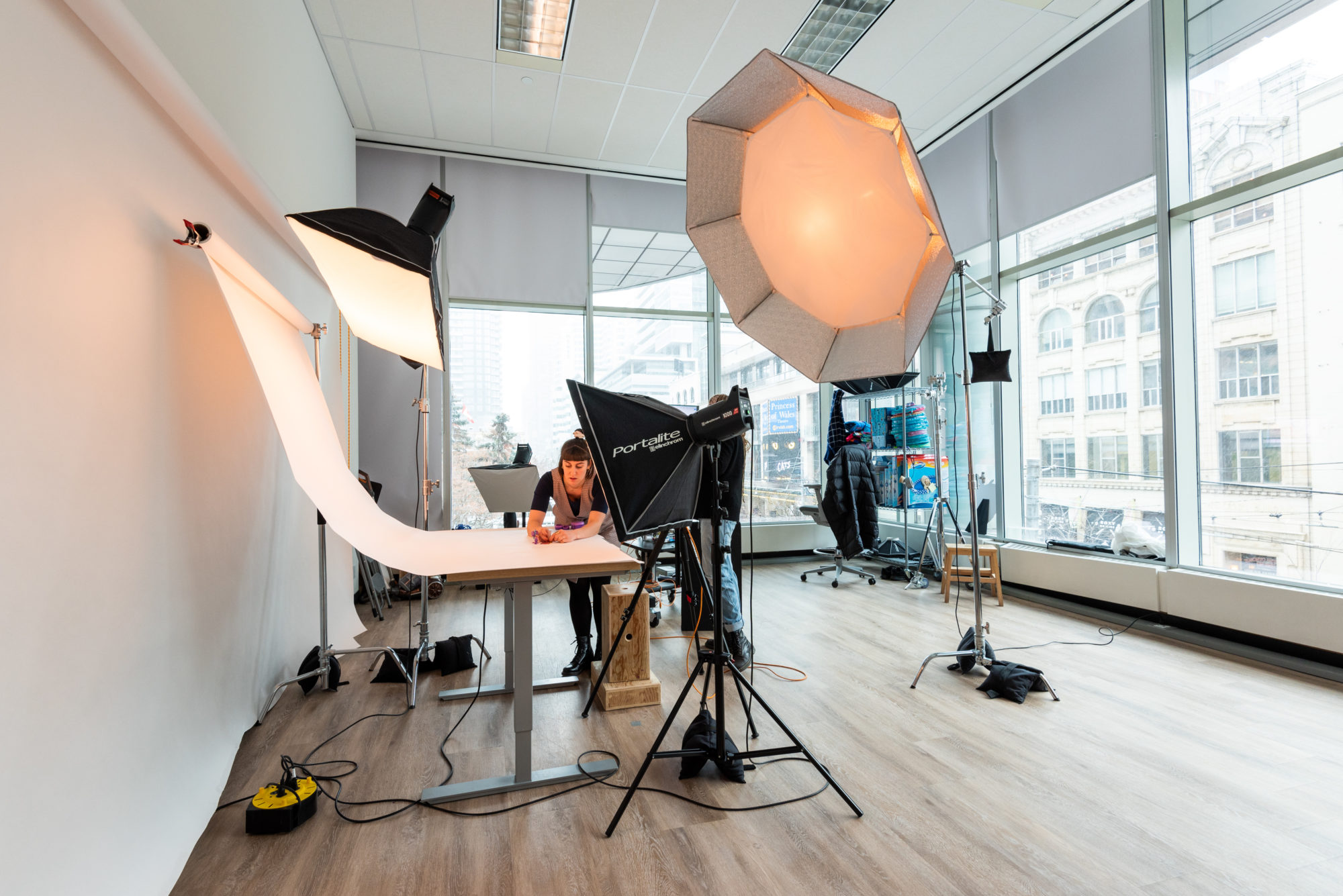 Life-sized versions of Sully and Mike from Monsters Inc. are around to say hi: 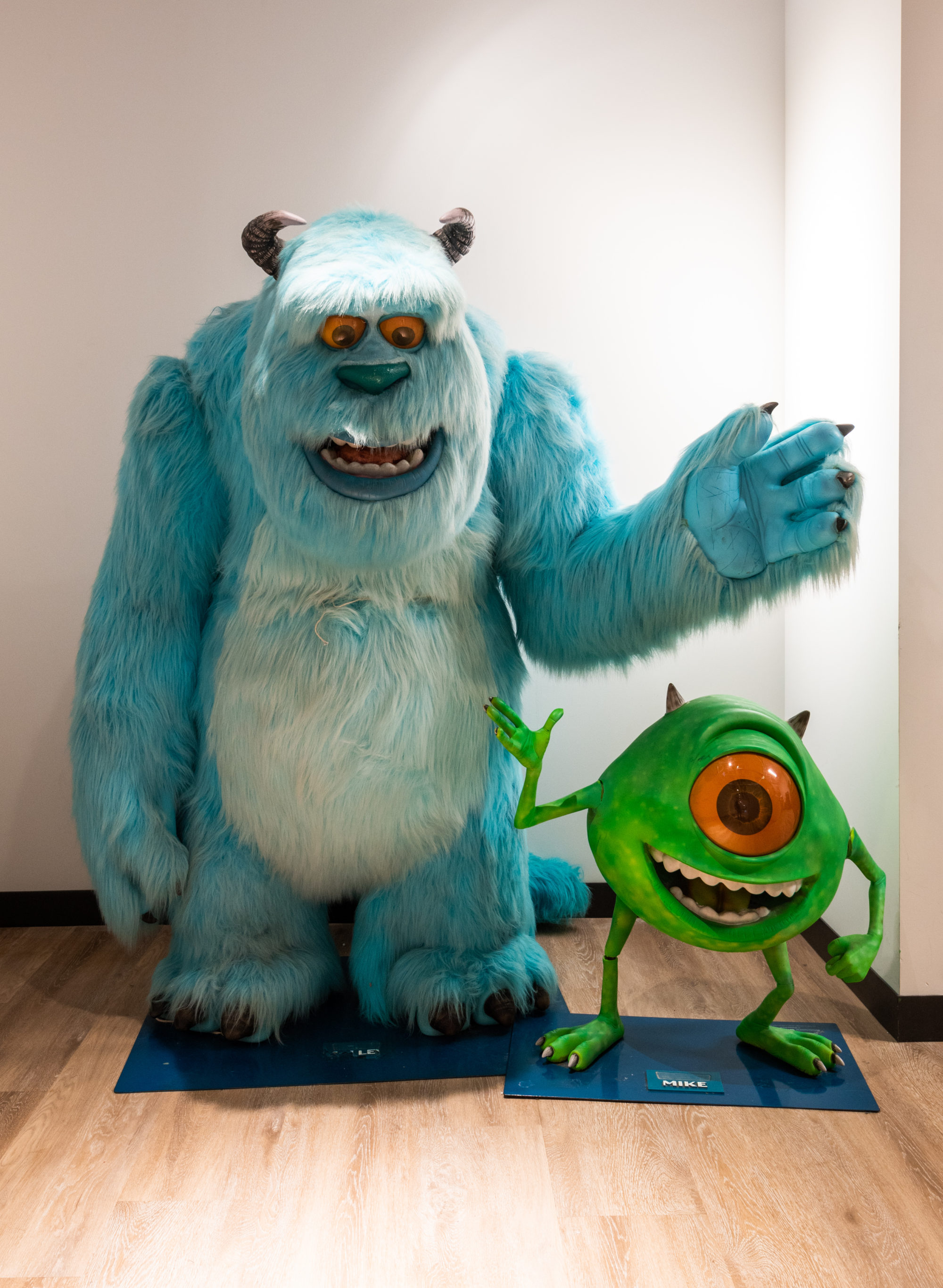 Elevators open directly to graphics displaying different Spin Master toys. At the end of this hallway is a lab where product-development teams tinker away on designs. It’s filled with tools and 3-D printers: 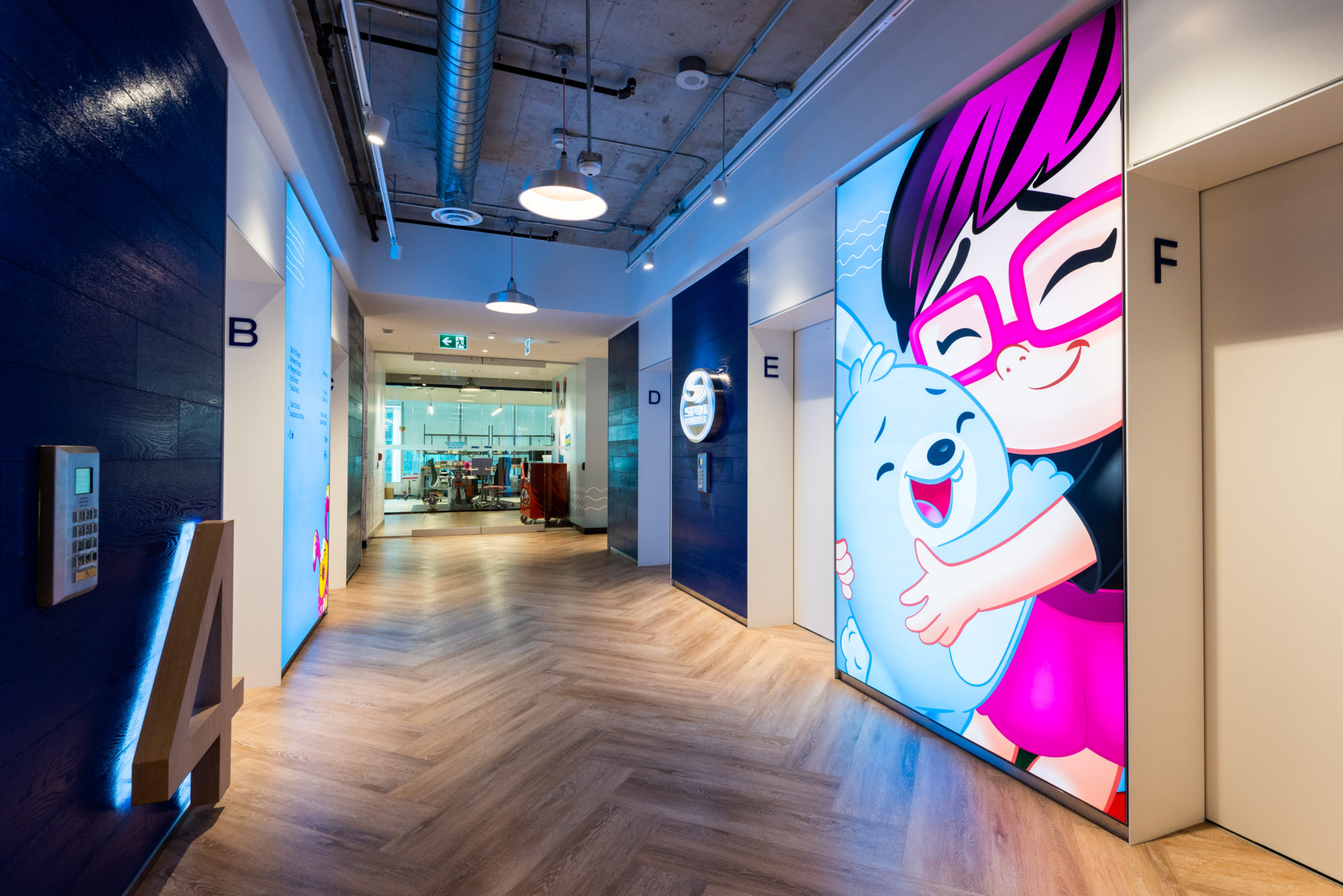 The Toy Box Library is a space where kids and employees can hang out and play with the company’s latest toys. Staff can borrow toys to share with their kids: 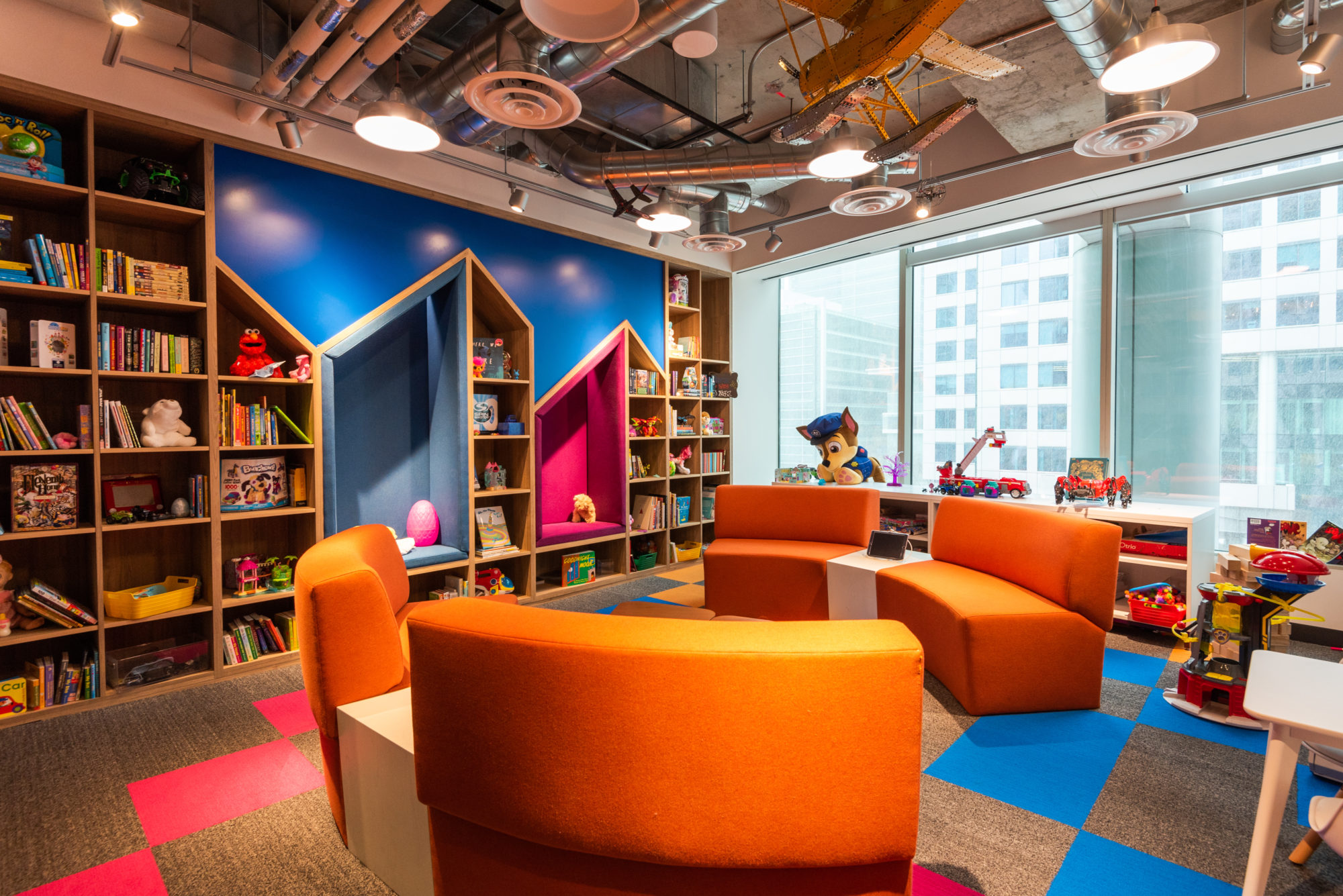 Some small meeting rooms have treadmills, for those who like to pace while on conference calls: 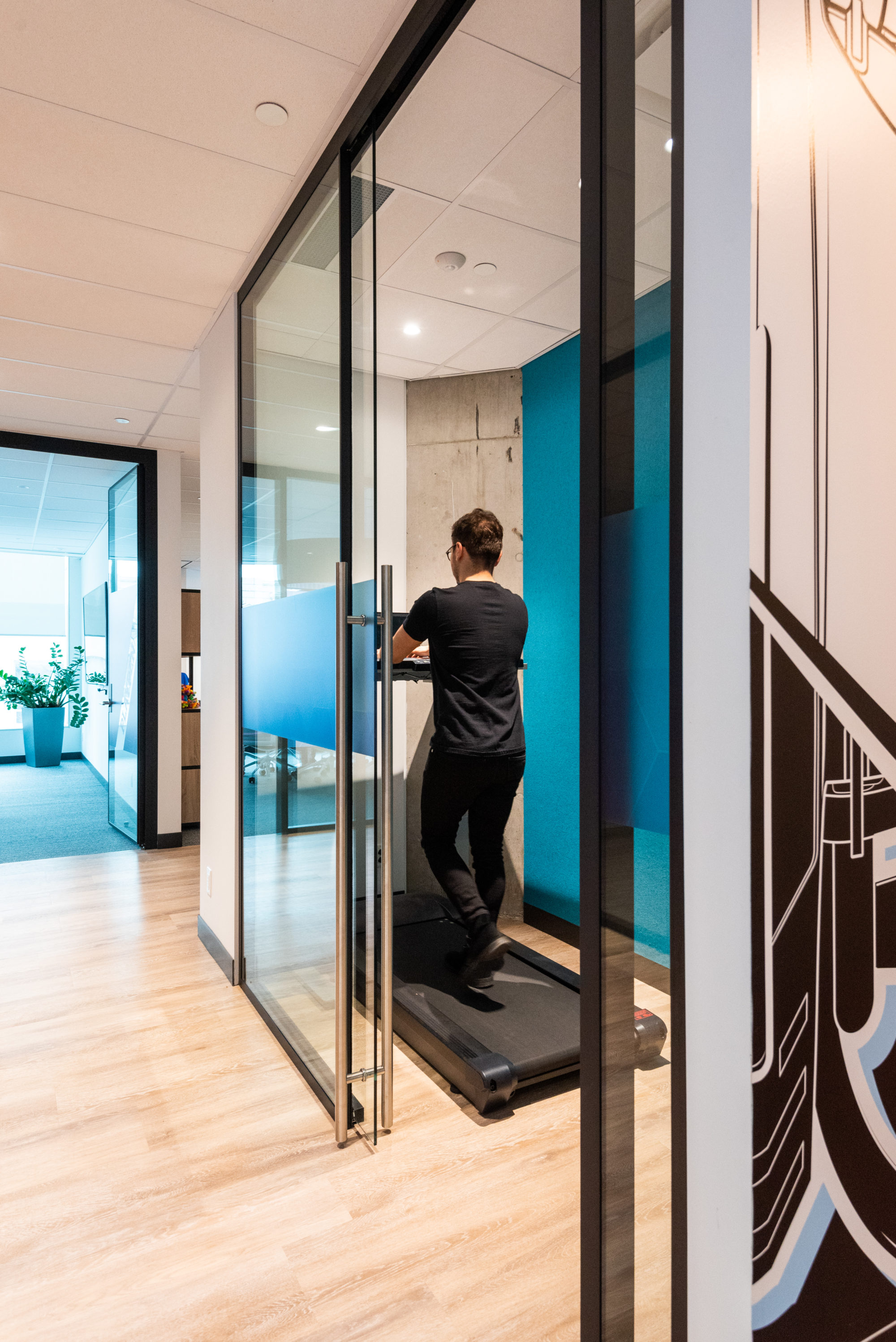 Other meeting rooms have cozy custom sliding doors for flexibility. The design team spent hours choosing light fixtures and furniture to make sure each meeting room had its own unique design: 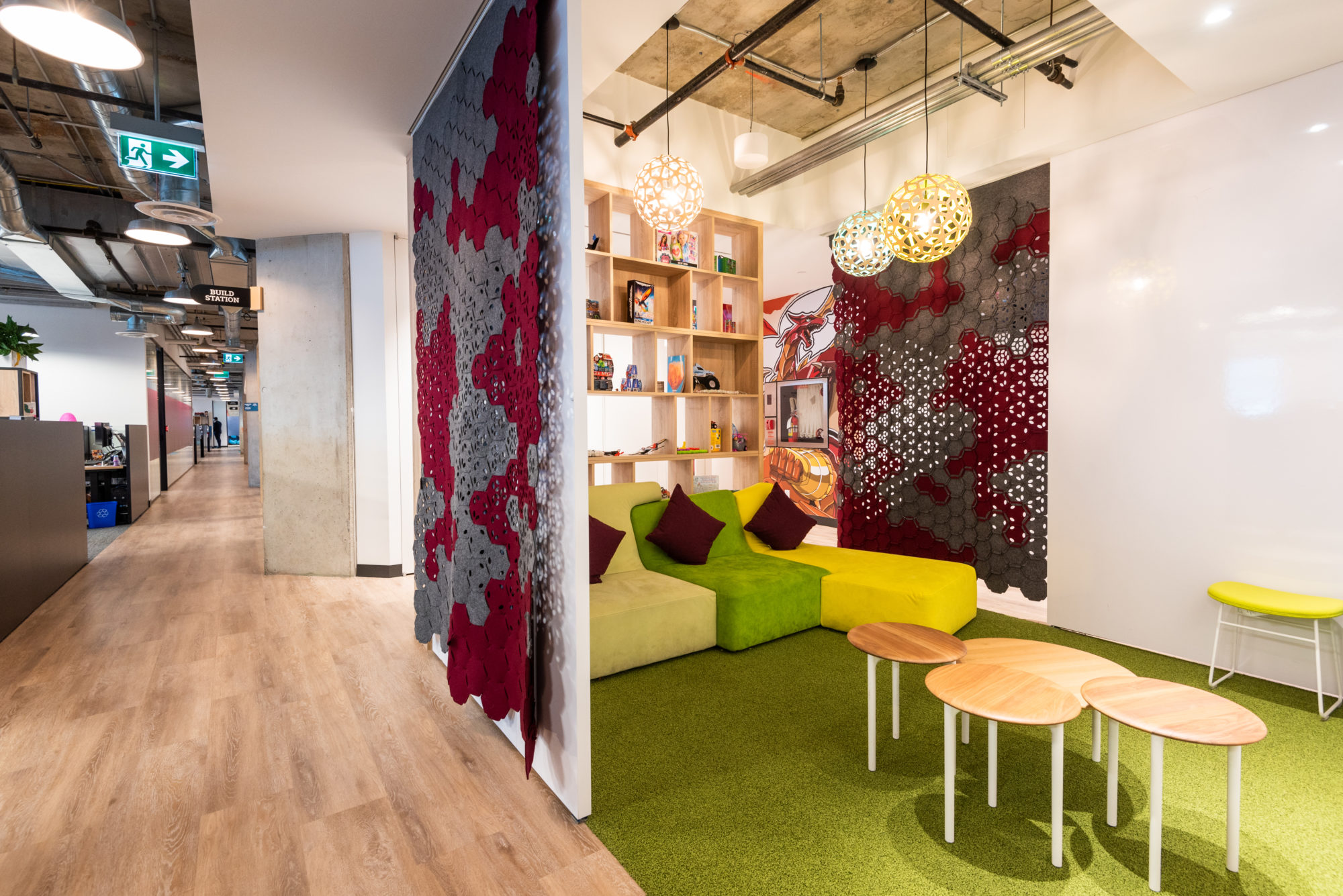 The top floor is devoted to the leadership team, and has a dedicated area for showcase awards (there’s also a “failure wall,” featuring items that didn’t do so well): 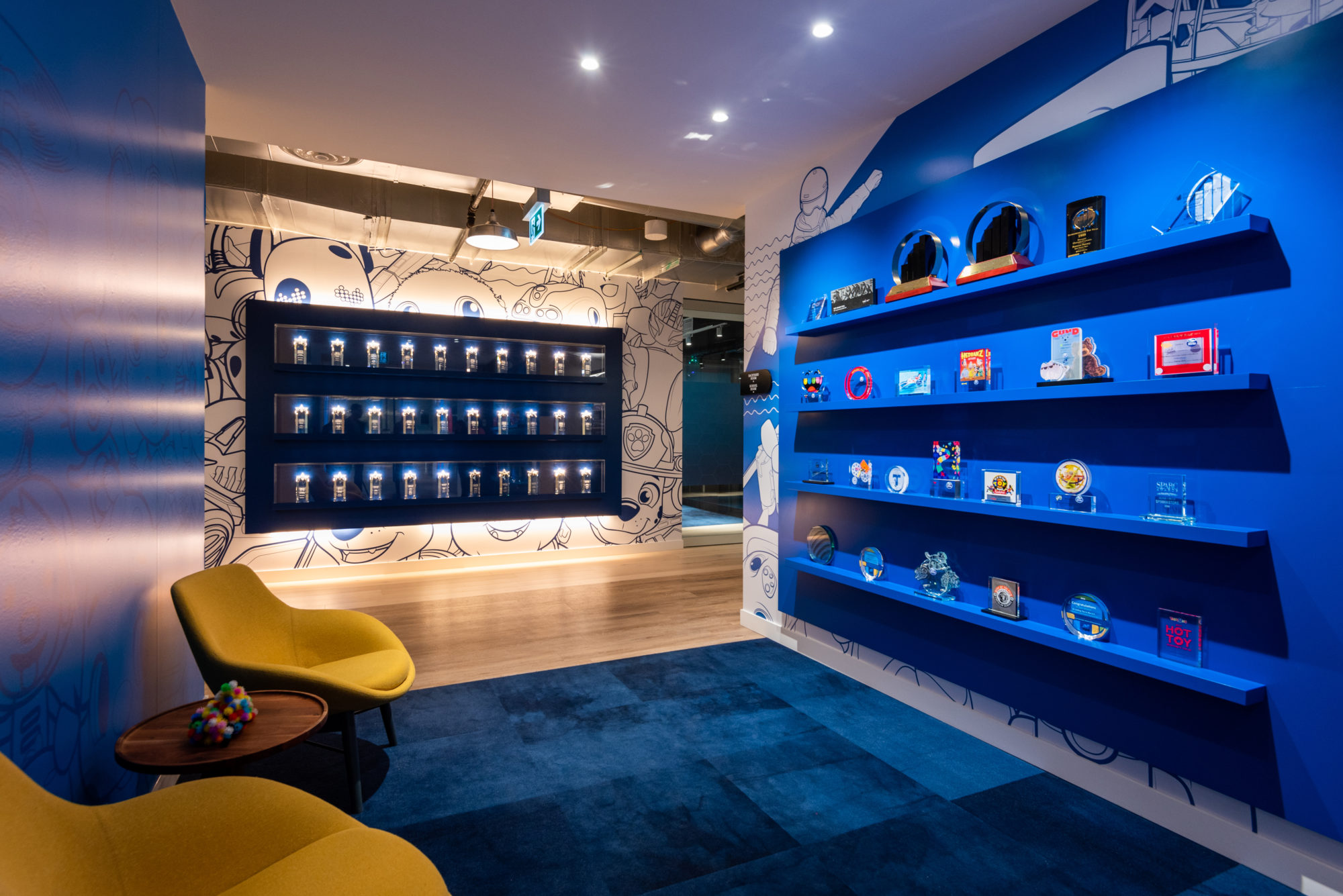 In this boardroom, employees filled the “Inspire” installation with colourful kinetic sand. The table was custom-made with layers of plywood used in skateboards: 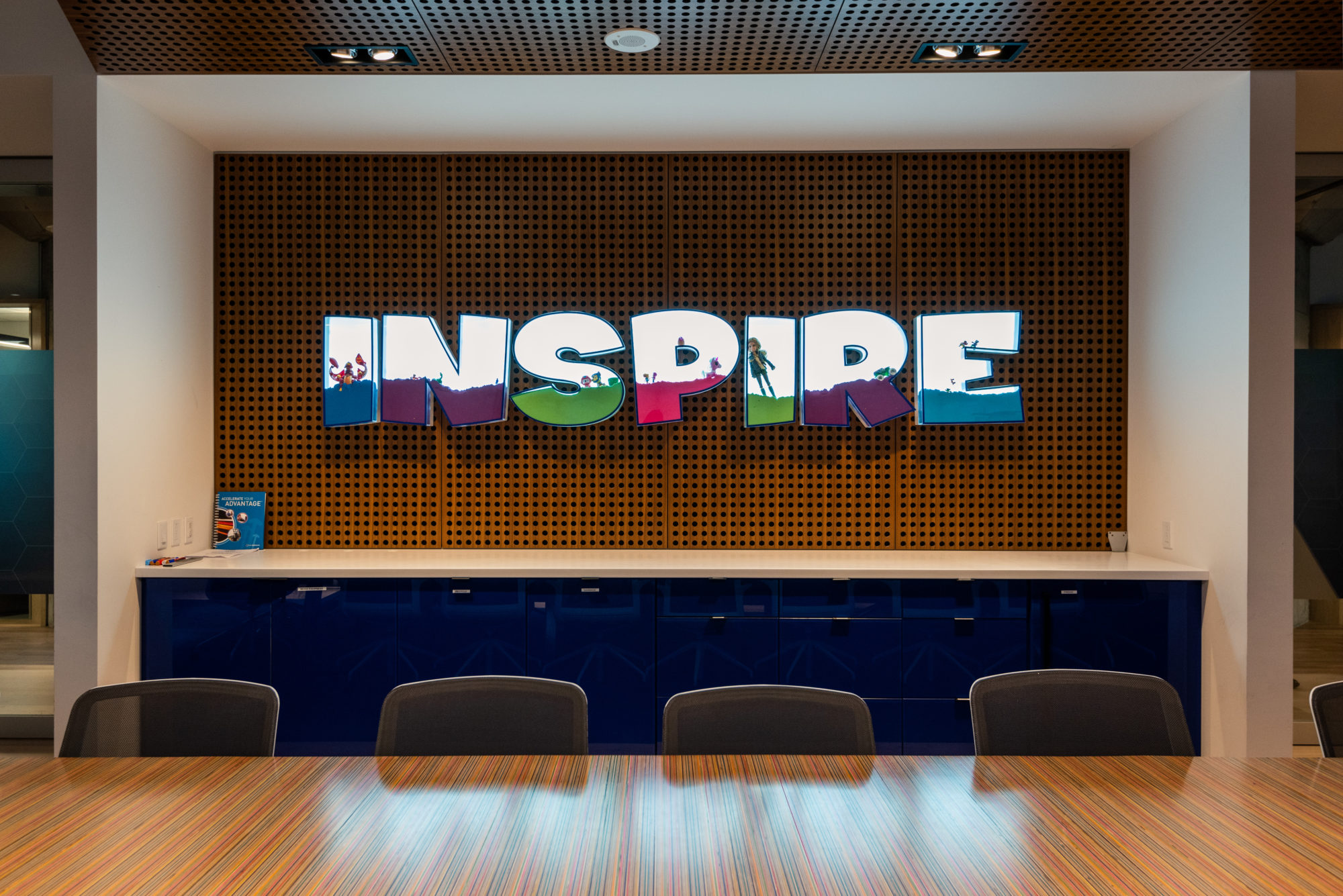 InStudio conducted multiple meetings with each executive in order to customize their offices. They each have different finishes, flooring and paint. This is global president Ben Gadbois’s office, which is full of travel photos and Ferrari-red accents: 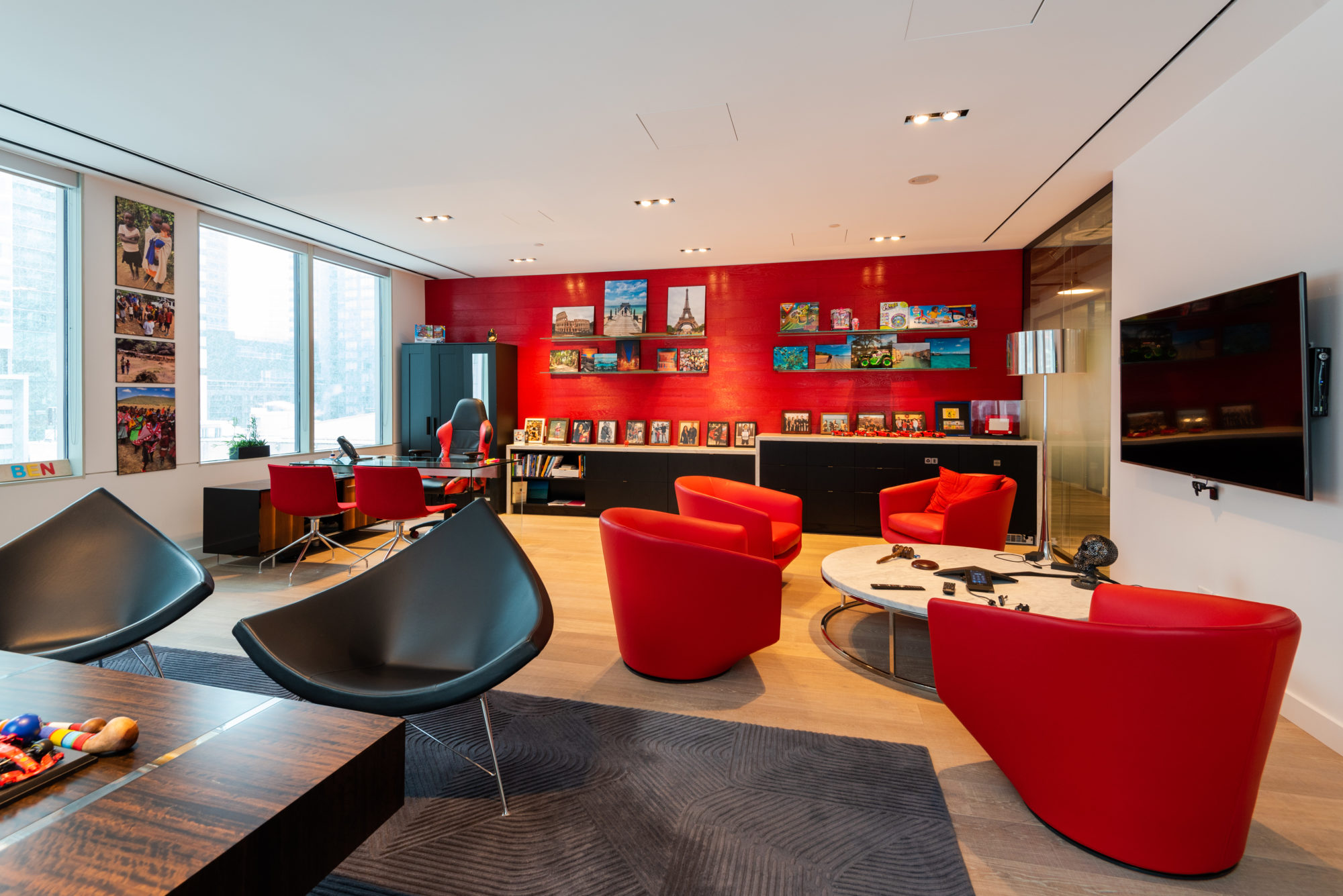 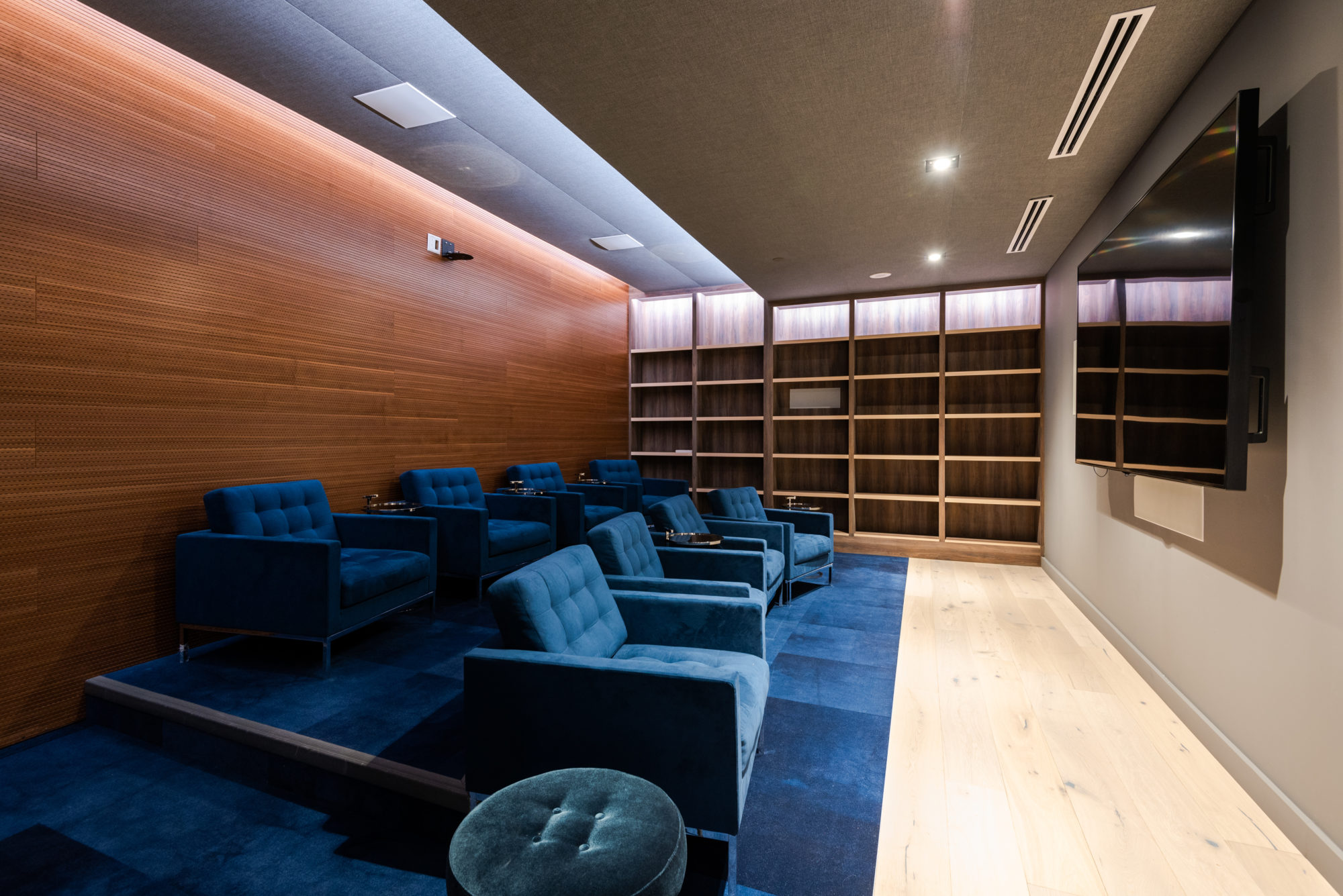