Where to get to-go smash burgers, sub sandwiches and empanadas in Mimico, New Toronto and Long Branch

Where to get to-go smash burgers, sub sandwiches and empanadas in Mimico, New Toronto and Long Branch 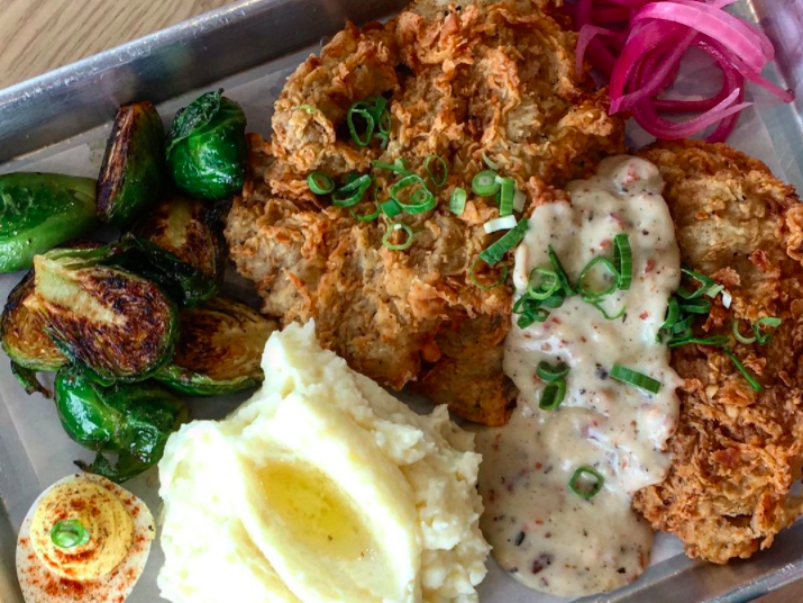 A short drive or streetcar ride just west of the downtown core, you’ll find the neighbourhoods of Mimico, New Toronto and Long Branch, staggered one after the other along Lake Shore Boulevard. It makes for a tasty stretch dotted with independently run restaurants serving everything from trendy smash burgers to never-out-of-style sub sandwiches. Here, 10 of the top spots for takeout and delivery in the west-end neighbourhoods.

This new place for smash patties is a bit of a hidden gem, because it’s currently operating out of Panagio’s, an all-day breakfast place. The month-old burger biz has quickly garnered a following thanks to their juicy smash burgers, each with a signature “meat skirt” spilling over the edges of a squishy Martin’s potato bun. Already a fan favourite is the Hottie Toddie, topped with white cheddar, bacon, jalapeño peppers, onion, house-made garlic-pepper sauce and ketchup. If that’s not enough, pair it with an order of chili cheese or Cajun fries. #1-2324 Lake Shore Blvd. W., 647-513-5392, hottiessmashburgers.com, @hotties.smashburgers

Sal Sayegh opened his pizzeria just over a year ago—right before the pandemic hit. The pizzas here are a cross between New York-style and Neapolitan. For each one, cold-proofed and oil-free vegan dough is topped with locally sourced ingredients before spending a few minutes in the wood-fired oven. Current favourites include the Pistachio (fresh mozzarella, fontina, mortadella, hot honey) and the ’Nduja Special (tomato sauce, mozzarella, dollops of spicy ’nduja and wild mushrooms on a sesame-seed crust). 388 Royal York Rd., 416-252-2323, revolverpizzaco.com, @revolverpizzaco

This much-loved family-owned Italian bakery has been doing its thing since 1969. Take a number for one (or a dozen) of their freshly baked donuts, show-stopping cakes, house-made gelato, or something from the hot table, like veal parm, pizza or hulking muffuletta sandwiches. It’s highly recommended to pre-order, as many items sell out quickly. 374 Royal York Rd., 416-255-2808, sanremobakery.com, @sanremobakery

Tich, slang for “perfect, stylish, cool,” perfectly encapsulates what the culinary team here is trying to achieve with their fresh take on Indian cuisine. Every dish sings with flavour and spices, but some of the fan favourites include Hyderabad baby eggplant (eggplant braised in coconut, ginger, curry leaves, mustard and tamarind sauce), and Goan prawn curry (a lush curry enhanced with tamarind, ginger and coconut in a 21-spice blend). 2314 Lake Shore Blvd. W., 647 349 8424, tich.ca, @tichcuisine

Owned and operated by George and Helen Young since 1973, this no-frills fish-and-chippery is a shrine to the deep fryer. The pro move here is to get the halibut. It’s lightly battered and deep-fried until golden and glistening, served with chunky fries and coleslaw on the side. 146 Fifth St., 416-259-2175, newtorontofish.com

There’s something to be said for a classic submarine sandwich. And the ones at this longstanding sub shop have been lovingly crafted by owner George Kozaris since 1974. First-timers should go for one of the staples: assorted or corned beef. And those in the know ask for extra house-made secret sauce. 2939 Lake Shore Blvd. W.,416-252-4371, @lakeshoresupersub

Opened in 2014 by British ex-pat Jenny Gibbs, Kitchen on Sixth specializes in the comfort food she grew up with: scotch eggs, bangers and mash, tikka masala curry, fish and chips, burger specials and a roast dinner every Sunday. While you’re there, stock up on their frozen meals and ready-to-bake pies for at-home enjoyment. 2976 Lake Shore Blvd. W., 647-349-4412, kitchenonsixth.com, @kitchenonsixth

Owner and chef Cristian Heise specializes in Chilean-style empanadas stuffed with onions, olives, raisins, braised beef and hard boiled eggs. Aside from this classic staple, however, he also offers 14 other kinds filled with things like lobster and buffalo chicken. He does dessert, too: crispy cinnamon-sugar churros and sweet s’mores empanadas will satisfy any sweet tooth. 122 Fortieth St., 647-435-5003, empanada.ca