German-inspired beer hall fare: soft pretzels, sausages, currywurst and pork hocks that could feed a family of four. There are also a few lighter options (a chopped salad, smoked salmon with asparagus, roasted Brussels sprouts) and quite a few items on the menu have a vegan counterpart—even the tartare. Need mustard? You’ll find massive imported containers with udder-like dispensers hanging near the kitchen. (If you’re lucky, manager Josh Hillinger will demonstrate his skill with the condiment contraption. #MustardBae)

Steam Whistle pilsner, of course. And lots of it. But Von Bugle, the brand’s new Munich lager, is also on tap, as is Fat Tire, an amber ale from Colorado’s New Belgium Brewing. Also on offer: shandies (pilsner and lemonade), radlers (pilsner and grapefruit) and biercola, a German cocktail for when you need a little pick-me-up made with Munich Lager and Boylan Craft Cane Cola. There’s also booze from the Distillery District’s Spirit of York and a short wine list.

Previously part of the brewery’s production space, the biergärten is entered through Bay #7 of the Roundhouse, on the other side of the brewery. In typical beer-hall style, the seating is mostly communal, though there are stools at the bar and a patio in the works. There’s also a gift shop selling Steam Whistle merch and beer to-go. 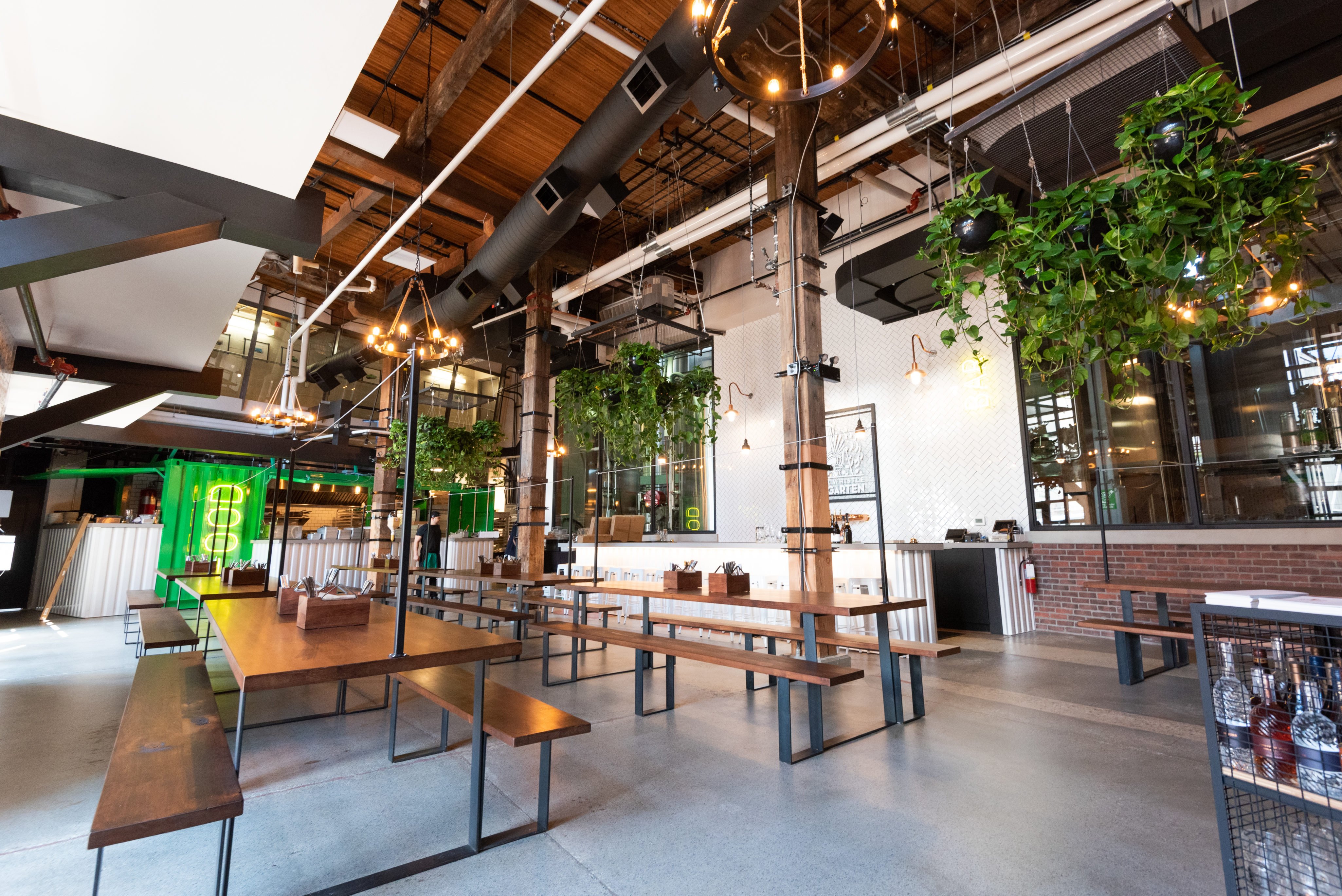