Even if you ignore her frequent tweetstorms, there’s no escaping the hype surrounding her most ambitious Toronto restaurant since the Black Hoof opened

There’s only room for one Jen Agg. In an industry that runs on big personalities, she’s the biggest. This month, she released I Hear She’s a Real Bitch, a memoir that’s equal parts score-settling and self-congratulation for her own success as a trend-setting restaurateur. She first cemented her meanie reputation in 2013 when, annoyed by the customers at the Black Hoof, her flagship, she tweeted, “Dear (almost) everyone in here right now. Please, please stop being such a douche.” She reminds me of a hard-bitten diner owner in a ’40s detective movie—the kind who doesn’t appreciate your tough questions and makes a show of spitting in your coffee. I steel myself before entering an Agg restaurant. Partly it’s the pressure to be cool enough to deserve a seat; mostly it’s induced by Agg herself. 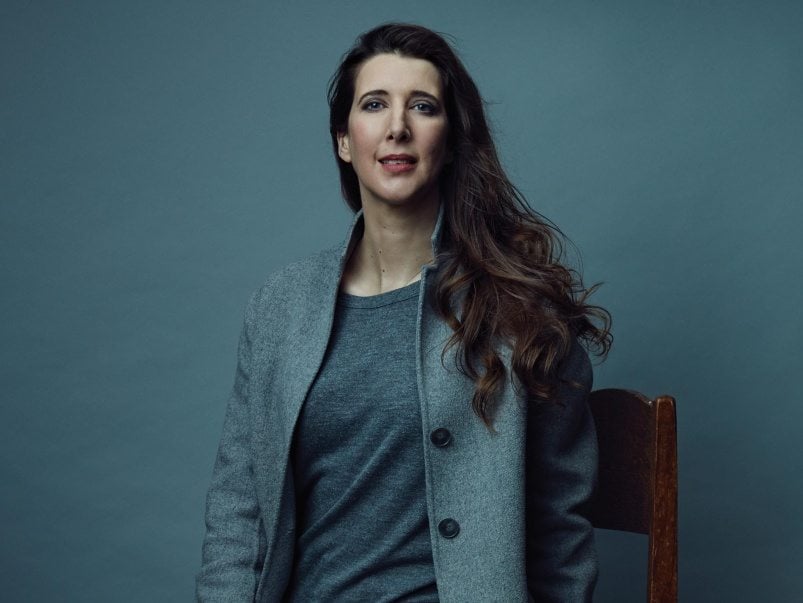 Agg hasn’t shared the spotlight—not since she fell out with Grant van Gameren, her former chef at the Black Hoof and now her arch-nemesis, inasmuch as he’s her one true competitor for the hipster restaurant dollar. So I was caught off guard when she announced last year that she’d partnered up with Mitchell Bates, the founding chef at Shōtō, the tasting-menu room in the Momofuku complex, to open a new Kensington Market restaurant called Grey Gardens. When Shōtō opened in 2013, I named it the city’s best new restaurant; years later, I still yearn for one dish: an extravagant bowl of spaghetti, roe and deep-fried sardines. That’s all Bates. He’s the exact opposite of Agg, rarely tweeting and never bragging. In all my times at Shōtō, I never witnessed him speak to his staff above a whisper, which confirmed a pet theory that the quietest chefs are always the most serious talents.

Bates and Agg’s joint project started off modest. They talked about opening a cider bar, or maybe it would be a wine bar. There’d be snacks. But then they dropped hints of something far more ambitious and grand. Bates was bringing along his Shōtō chef de cuisine, Peter Jensen. Agg shared photos of the renovations and of the staff tastings and trial runs. The countdown was excruciating. Grey Gardens, like everything involving Agg, was shaping up to be a truly big deal. The day they began taking reservations, the online system overloaded.

Agg says they didn’t name Grey Gardens after the Maysles documentary. She simply likes the colour and decorated the new place with grey bentwood chairs and a mural of grey-toned foliage. There’s nonetheless an off-kilterness to Agg’s version of Grey Gardens that would remind the batty, shut-in Bouviers of home. It’s in the weathered, hard-to-see signage and the decorative security gate pulled across the street-facing windows, as if there’s no one home. It’s in the hoarder’s collection of flea-market curios and the pots of plastic greenery (possibly ironic) decorating a stairwell. It’s in the box of anti-nausea pills I found discarded, like an omen, on the floor of a bathroom one night. I half expected a family of raccoons to drop from the ceiling.

Once you find the door, the greeting is warm—much warmer than I’ve ever experienced at the Black Hoof, where the staff always seemed resentful of success. Even though the room is as narrow as any downtown business and busy with servers hustling bottles of wine between full tables, it’s airy and placid. All that grey does the trick. The best experience I had was at one of the old-timey doctor’s stools facing the open kitchen, where I had a full view of the effort that Bates, Jensen and their crew bring to every dish. The focused menu is divided into small, medium and larger courses, and the idea, now a given, is to share.

Although the menu’s unadorned list of ingredients reads like a Shōtō tasting menu (“beets, stracciatella, lamb bacon, Meyer lemon”), what appears before you looks like those ingredients, not some over-intellectualized composition of foams, jellies and other molecular gastronomical flourishes. Cheese resembles cheese and beets resemble beets. I had a few just-okay dishes, like those beets, which had been roasted then compressed in a vacuum machine with a few drops of soy and vinegar, then paired with the sweetly fresh cheese and a garden’s worth of herbs.

There’s one dud, a plate of handmade pasta with a sour sauce of cheddar whey and butter seasoned with paprika, plus more cheddar that’s been dehydrated; it made me long for the simplicity of Kraft Dinner. But I also had some incredible inventions, up there with my all-time Bates favourites. His butter-glazed ravioli, stuffed with smoked sweet potato and covered in wafers of black truffle, are a clever cross with pierogi. If you didn’t get the hint, he gives you two dipping options: sour cream and a sauce made from slow-baked-until-supersweet gala apples.

His bowl of ricotta dumplings redefines matzo ball soup, the fluffy white orbs in a broth that out-turkeys every grandma’s turkey stock, laced with kombu, dried shiitake, bonito and a dash of tare. I also loved the disarmingly simple fish dip, made from applewood-smoked Spanish mackerel blended with sour cream, mayo and pickled onions, to be spread on wafer-cut potato chips dusted with caper powder. It’s a perfect after-work snack with a glass from a wine list (this is, after all the hubbub, a wine bar) that leans toward organic and Burgundy, and one night offered two orange wines—in a city where one is noteworthy.

The absolute standout, which you must run and order right now before the season ends or Bates changes his mind, is the duck, butchered Chinese-style and left to dry-age for two weeks. The breast is scored, the fat cap left lusciously thick so the roasted skin turns extra crispy and the meat absorbs all the fatty deliciousness. The remaining duck bits and bones are fuel for a sauce that gets extra tang from Japanese hot mustard. He plates it with a house sauerkraut and wild rice that’s slightly overcooked into fluffiness then tossed in a pan with mirepoix and the duck’s liver—a fancy fried rice. It’s real, albeit casually sophisticated food, much like what they’re serving at La Banane and Brothers Food and Wine. Real food—that’s the best adjective to describe it—is shaping up as the dominant trend of 2017.

I couldn’t figure out why I felt so stress-free at Grey Gardens during those first visits. Then I discovered, checking Twitter, that Agg was thousands of kilometres away, on a Caribbean beach with her husband. We were all safe: there was no threat of being called out as a douche.