Like many of us, chef Matthew Ravenscroft is confined to his home. We asked the social-distancing chef to whip us up a meal with ingredients he already had on hand. His recipe: some crave-curbing chilaquiles. 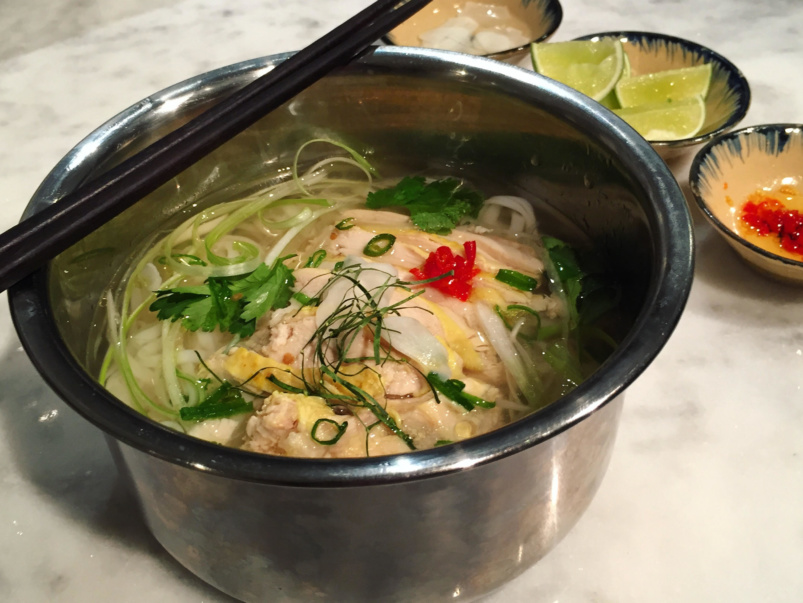 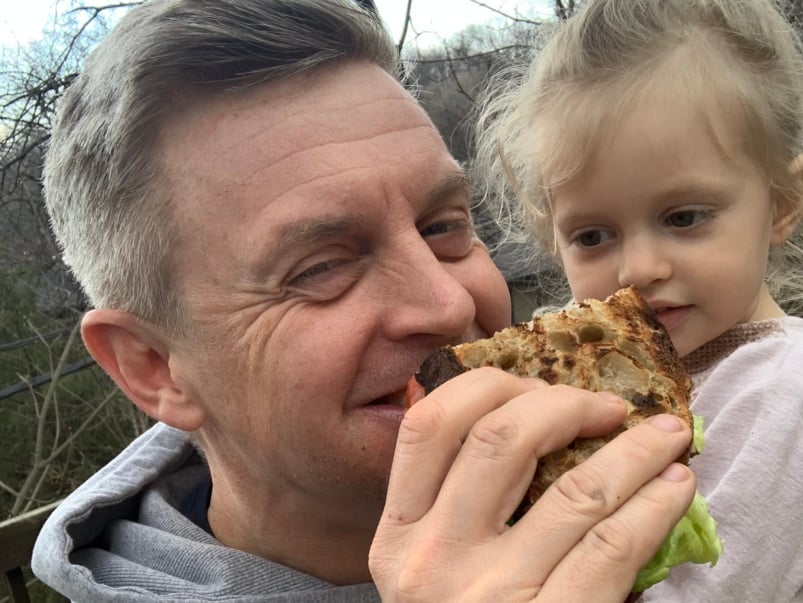 Rosalinda chef Matthew Ravenscroft and his wife, Kate Chippindale, have been trying to stay healthy while in quarantine. They’re keeping to their mostly vegetarian diet of whole foods, which includes a dish they call “breakfast salad,” and exercising to stay fit. Every so often, though, they get a craving for something comforting and fatty—and that’s where this recipe comes in. “Chilaquiles are satisfying,” says Ravenscroft. “It’s like you’re eating junk food without actually eating junk food.” Here’s how he makes his take on the traditional Mexican dish.

1 bag of your favourite tortilla chips
3 Roma tomatoes, cut in half
½ a white onion, quartered
1 red finger chili
3 cloves of garlic
1 tablespoon cumin
1 handful of cilantro (depending on your love for it)
1 dried chilies (or 2 teaspoons of paprika)
1½ cups of water (or stock)
½ avocado, thinly sliced and seasoned
1 cup cheese (mozzarella, cheddar or a nut cheese), shredded
Radish, jalapeño, pickled red onion, avocado for garnish (optional)

Start by setting your oven to broil at 500°F. While that heats up, prep the Roma tomatoes, onion, fresh chili and garlic. Place the veggies cut-side down onto a baking sheet.

Once a nice char forms (should take 20 minutes or so), pull the vegetable medley out of the oven and toss them into a pot.

While the mix cooks down on a medium heat, stir in the cumin, cilantro and dried chilies. Ravenscroft says that if you can’t find ancho, guajillo, pasilla or merita chilies, just sub in two tablespoons of paprika.

After about five minutes, when the veggies start to stick to the bottom of the pot, add a cup and a half of water (or soup stock). Then reduce the heat, and leave the pot to simmer for about 10 minutes or so.

While the sauce cooks down, prep your garnishes. Ravenscroft tops his chilaquiles with sliced avocado, radish, jalapeño and pickled red onions, but he says you could also throw on chorizo, chicken, scrambled tofu or roasted mushrooms, and that some roasted red peppers or fresh tomatoes would add acidity and brightness.

When the contents of your simmering pot have reduced in volume by half, it’s time to move on. Ravenscroft uses his Vitamix to whip it all into a velvety sauce, but you can use a hand blender or food processor.

Then blend your cheese, whatever kind it may be, right into the sauce.

…making sure they’re all nicely coated.

Then, in a wide serving bowl—this is key for good garnish coverage—stack the saucy chips before piling avocados, radishes, jalapeños, and red pickled onions on top.

Finish it off with a few leaves of cilantro and, if you have it, a sprinkle of Tajin. 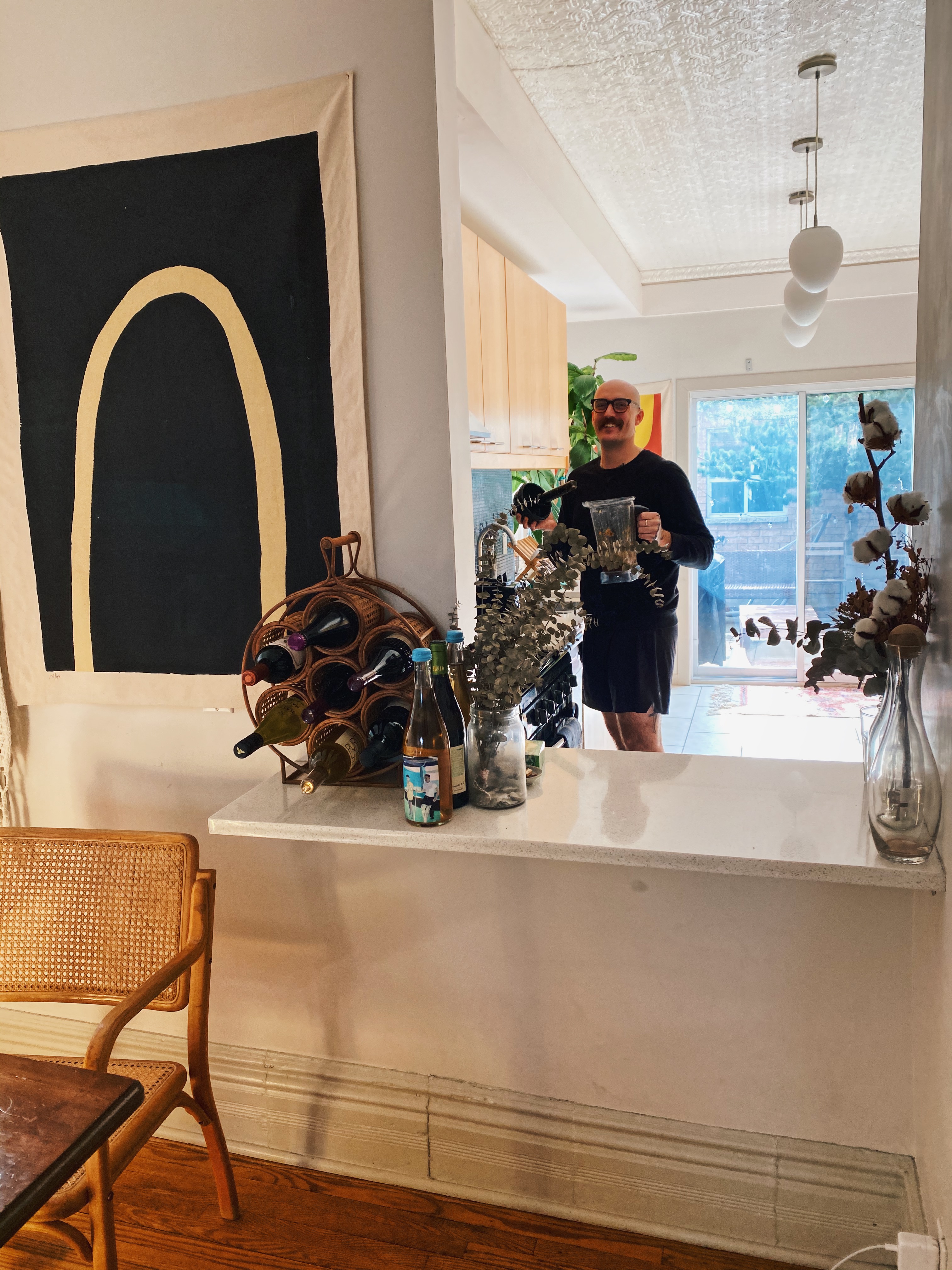