When Brothers Food & Wine announced its closing in July 2020, that final Instagram post turned into a virtual wake. Past patrons and regulars wanted to pay their respects to a restaurant that had quickly achieved international renown, even as the pandemic denied any chance for an in-person goodbye.

The pandemic also robbed partners Jonathan Nicolaou and Chris White of one last, memorable service—a Last Waltz moment. Instead, the pair spent the next year reflecting on what the hell they wanted their next restaurant chapter to look like, eschewing takeout and sitting on the sidelines while waiting for the right moment to open their next project, 20 Victoria. As the city reopens, that moment is here—albeit in a manner that would have once been unimaginable.

After a year of many stops and false starts, White tells us what the journey to get to the other side has been like, and how he wants the new restaurant to feel like “something from a painting.”

Even before March 15, 2020, we knew Brothers wouldn’t be here forever. We were wrapping up a five-year lease at Bay and Cumberland, and we had signed a new one downtown at Victoria and Adelaide—at what now is 20 Victoria.

There was never a hard plan to close Brothers, but the future was uncertain. Two weeks into the pandemic, we found out our landlord sold the building and it was set to be torn down. They weren’t re-upping leases. The world decided for us—it was time to close Brothers. 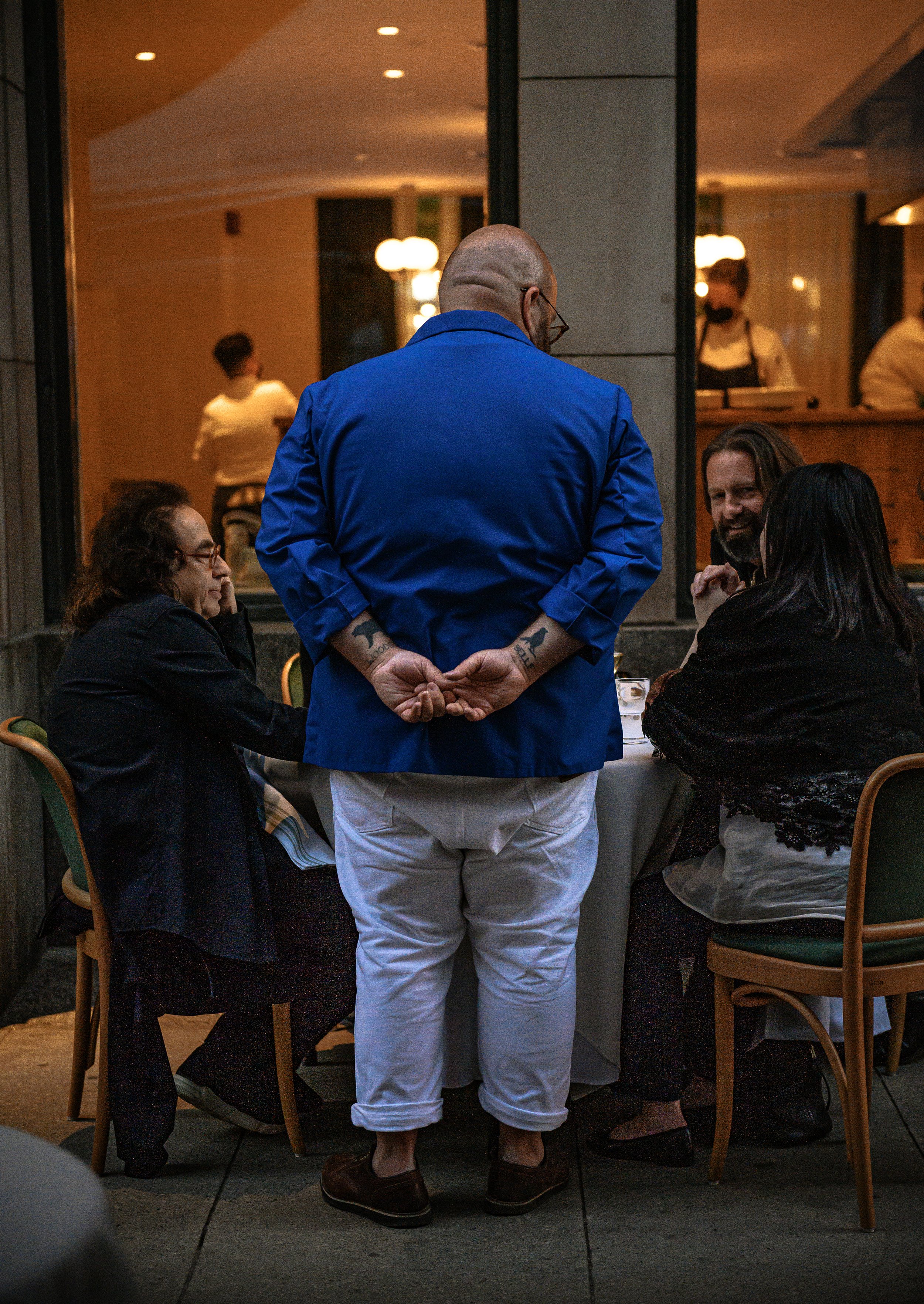 Jon and I had been friends and colleagues since we were in our late teens—you could say we’ve been talking about opening a restaurant for 15 years until everyone finally told us to shut up and do it already. Even when we opened, our business plan was simple: don’t close. Then Brothers popped off.

The first year, 2016, we got a ton of attention. We got busier and busier—busier than we’d ever imagined. The tables were full, we were making money, we had die-hard regulars come in twice, three times a week. But it was a beast and we could feel the romance fading. We’re married with kids but there we were, grinding every day of the week from lunch to late. 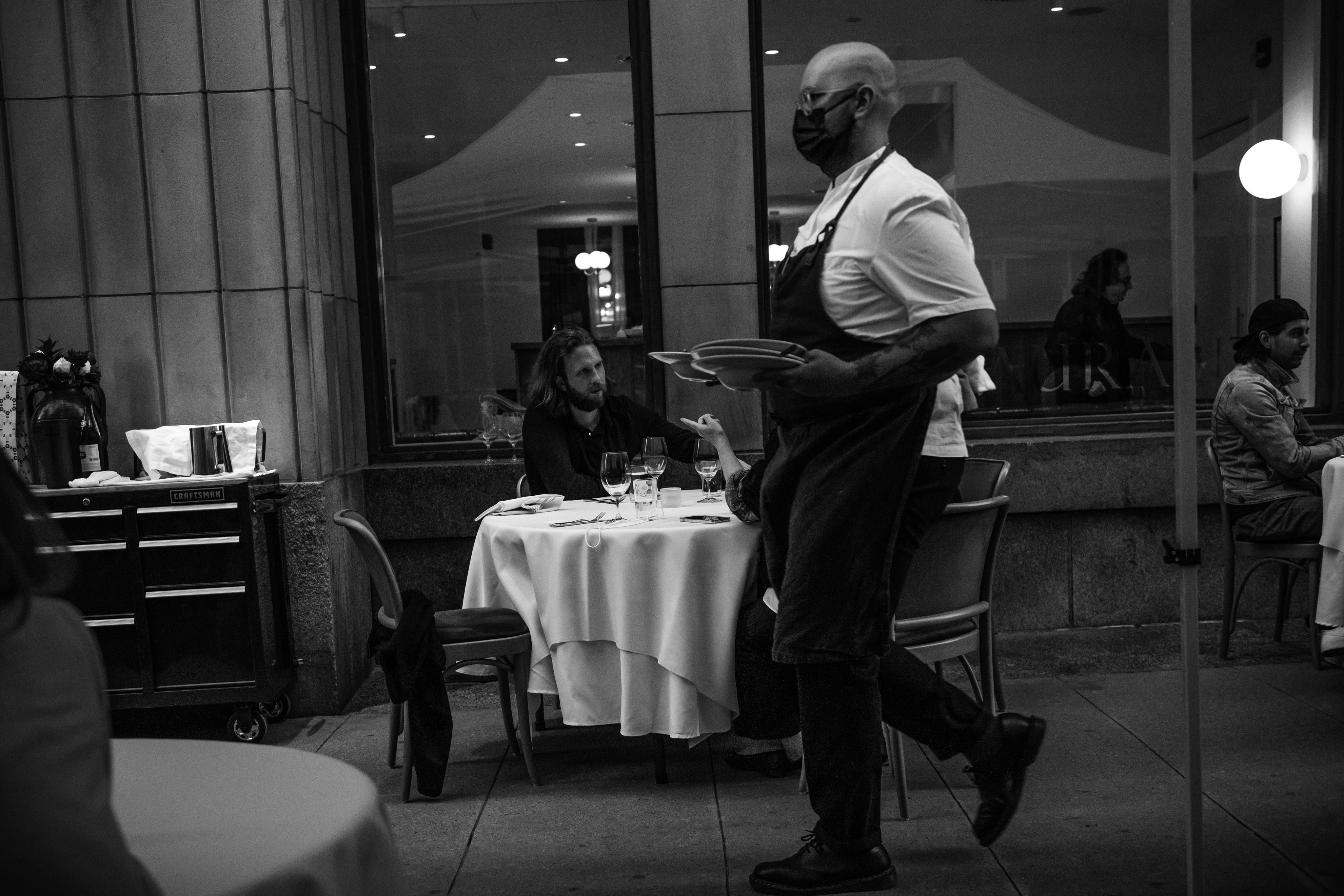 Then everything stopped. We watched our industry get ripped out of our hands overnight.

We tried to have fun with takeout for a while. We were trying to find some beauty in it. Jon was hand-drawing menus, I was making curated playlists with audio from inside the restaurant. In between songs, you could hear people dining at Brothers. But takeout wasn’t us. We made it nine weeks. Looking back on it I think we held on to takeout at Brothers because we wanted time to properly say goodbye.

When we announced Brothers’ last service in July, we realized that all these people had a very strong relationship with this place. I couldn’t even reach the front door for weeks without someone stopping by to pay their respects, pick up a last bottle of wine—some in tears. It was so beautiful it tore me apart. Guests still call to check in on me to make sure I’m doing okay. 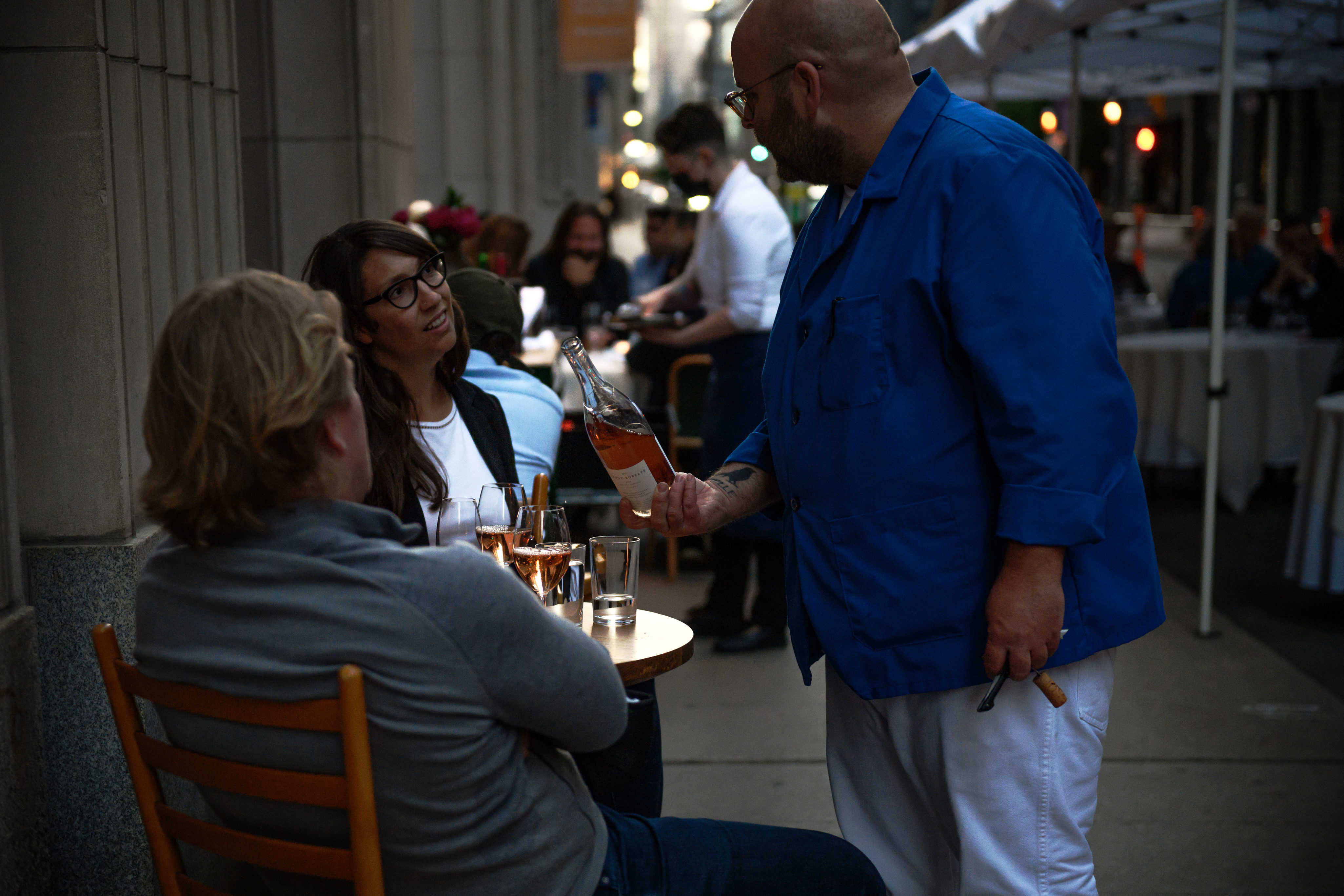 We really wanted to say goodbye the proper way—a Last Waltz moment. We would throw a party, turn out classics, open some bottles, invite all our friends, family and regulars. We’d close out in a positive way, experiencing that love and showing that gratitude for everyone one last time. For a moment in August, we thought we would be able to do that—cases were going down and we could hold onto the lease just a little while longer. We let our regulars know we would be starting up in November 2020 and quickly booked three weeks of reservations at one family a night.

But we had to cancel them all. It was a mistake. It was too soon. Cases went back up and we realized this, this pandemic, this situation, was never going to end—not that easy. We were throwing away really good money on this dream of one last party. We said goodbye—for real this time. 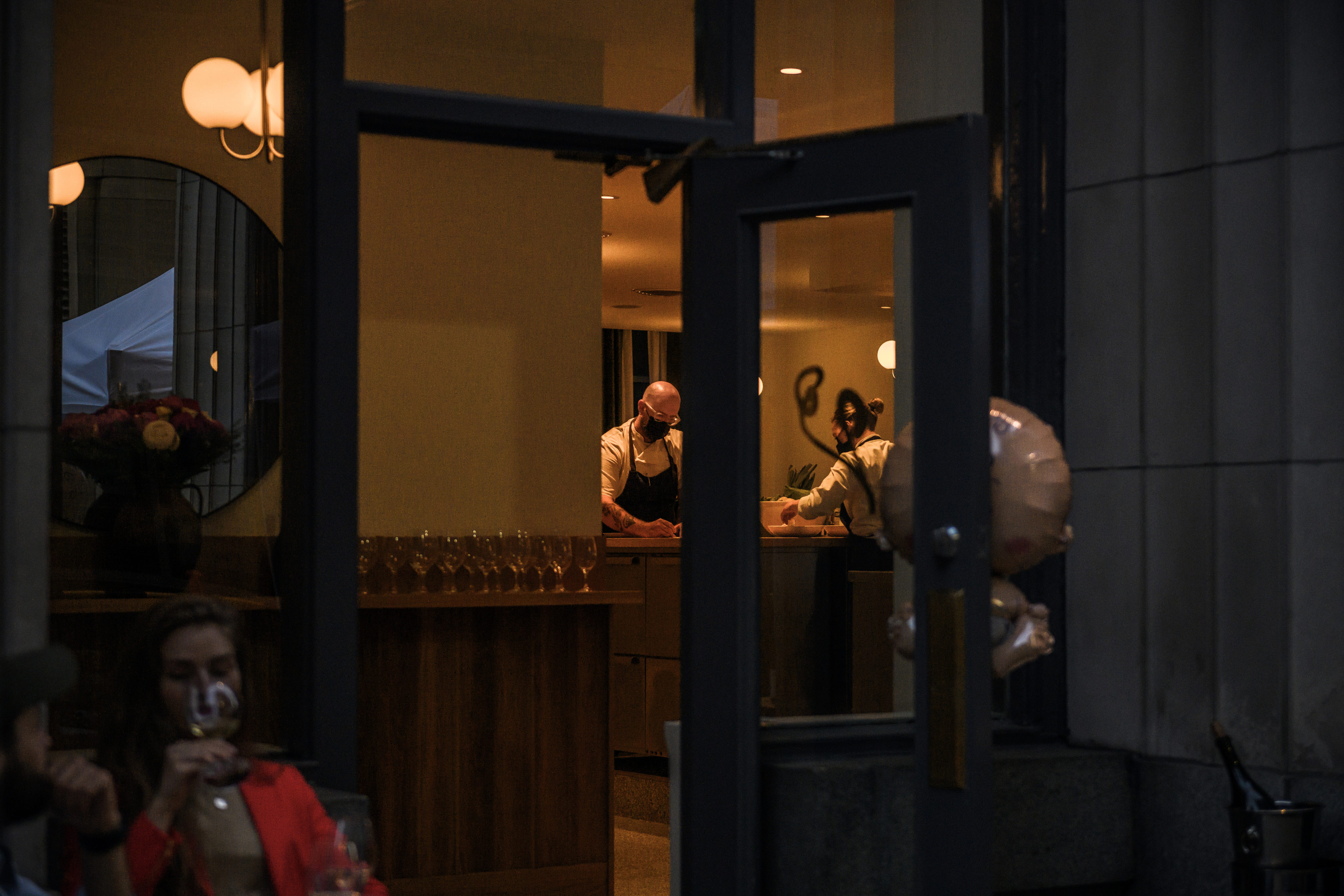 We have been sitting on our 20 Victoria space since last June. We’ve just been waiting—we didn’t want our first impression to be in boxed form. Now, we’re ready to go. We did a small announcement on our Instagram, and the volume of calls, texts, and voicemails we received was overwhelming. Our phone could barely handle it—it was overheating.

The pandemic forced us to take a year and a half to stare at our lives and think about what we want them to look like. We started Brothers because Jon wanted to cook and I wanted to serve. But we ended up being business people, managing a whole crew of people, and keeping up with how busy we were. We’re not entrepreneurs. We just want to be restaurant people.

20 Victoria will let us get back to that. We’re only going to serve a handful of people a night and we’re going to make it a destination. We’re not going to do a second seating. If you want to have a quick meal and go to a show, great. Or if you want to stay all night, we’ll be happy to have you. Stay for a few plates, or build a more full shebang-style tasting menu. Like Brothers, we want it to feel like a place to gather, with a sense of romance to it.

I love restaurants. I think they’re the greatest thing in the world. Before the pandemic, I remember sitting at Cafe Florian in Venice. It’s the oldest cafe in the world—it’s survived two world wars and the Spanish Flu. Restaurants can live through anything. They’re a form of art. We don’t want to be a business. We want to be something from a painting. 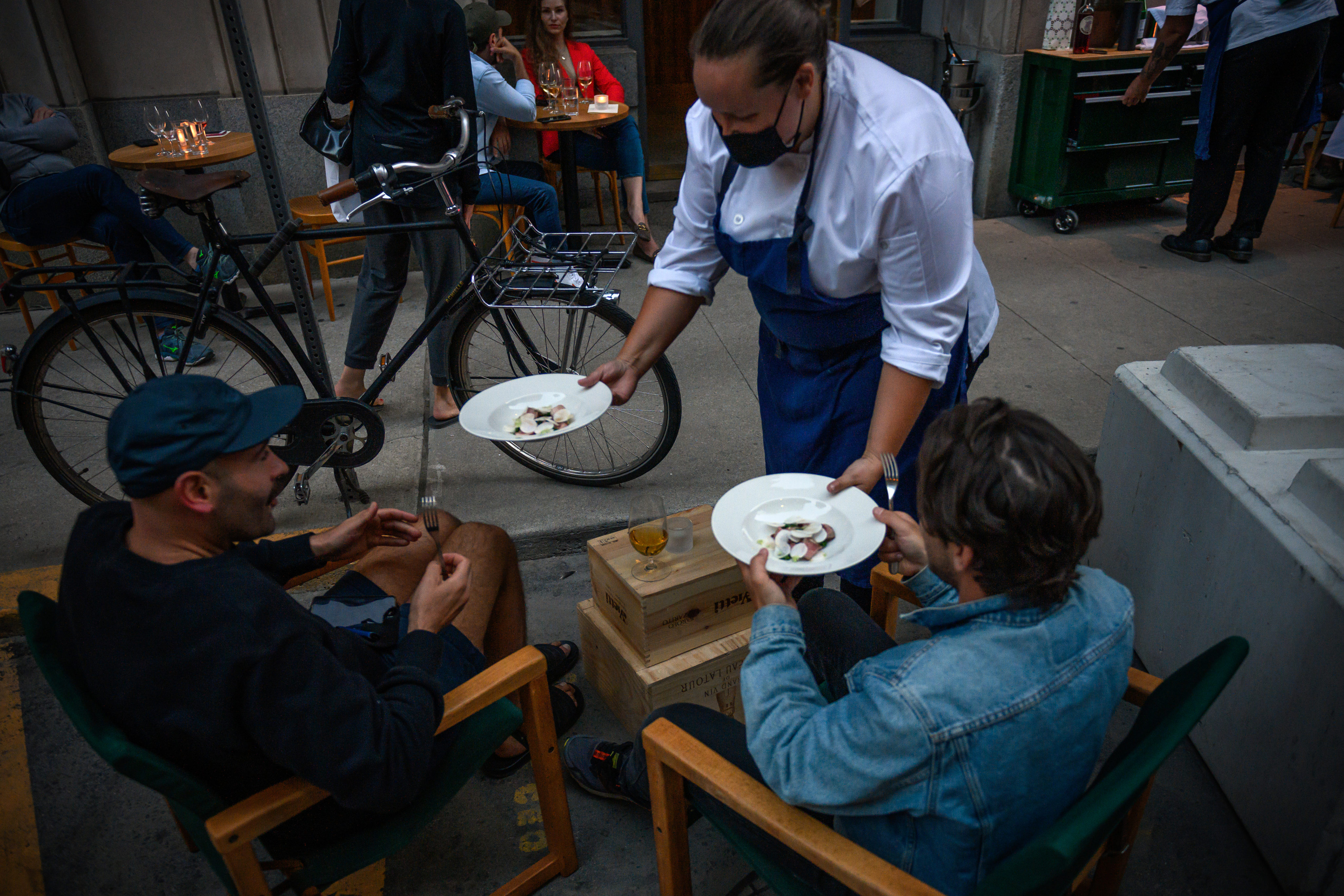 In that mentality, at our trial run a little more than a week ago, we decided we’re going to try not to use table numbers or seat numbers. Let’s use names as much as we can. It felt good. That night was like a first date. I had butterflies. It was so fucking cool.

Hospitality is supposed to be intuitive and natural. We’ve got a long way to go, but I’m excited about where we’re starting. We’re starting with a small patio for the time being, but I can’t wait for this new space to be filled with our friends and family, from Brothers and beyond.

We would’ve never chosen to take a break unless this past year had forced us. But it let us remember who we were. We’re excited to get back to that. 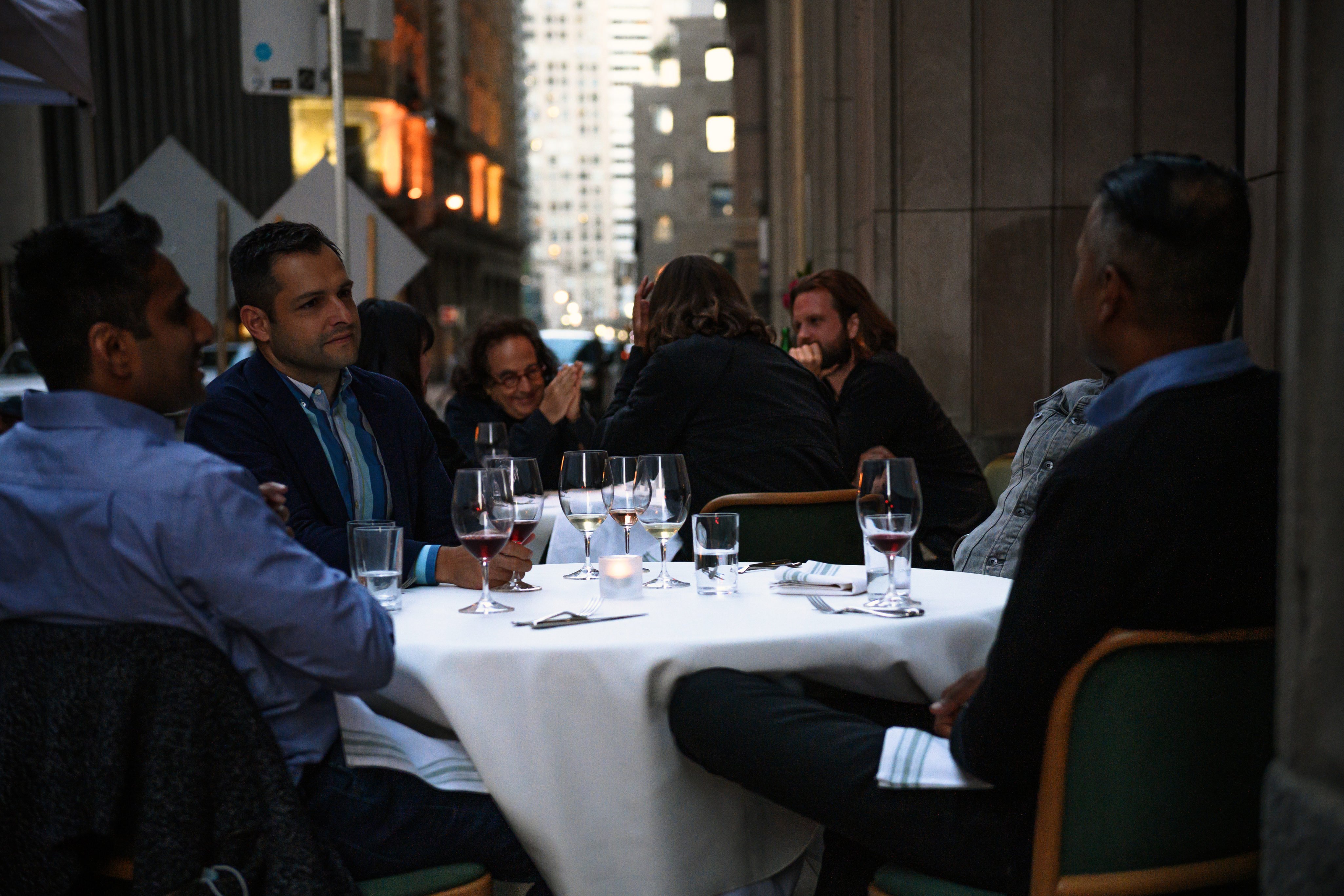 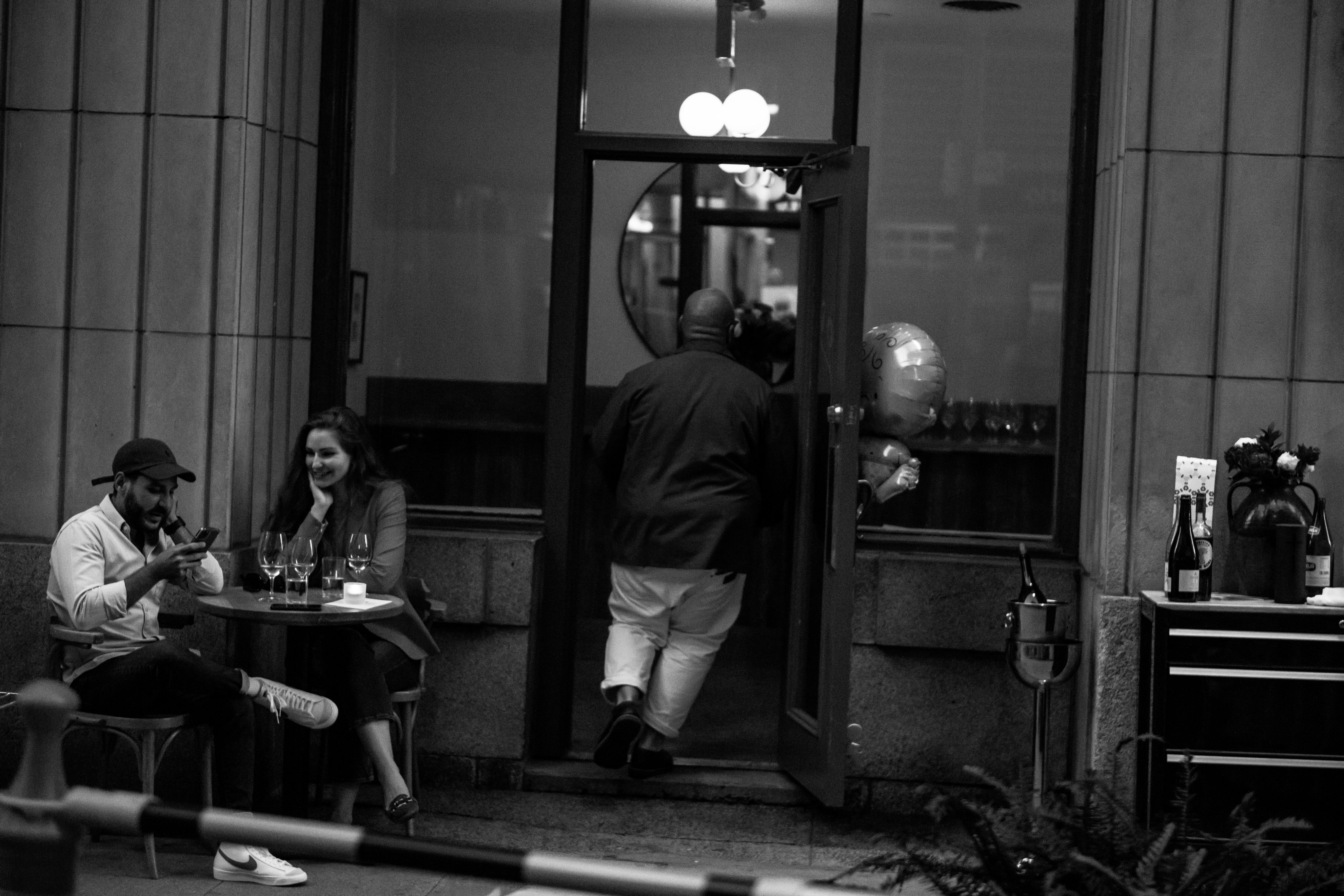