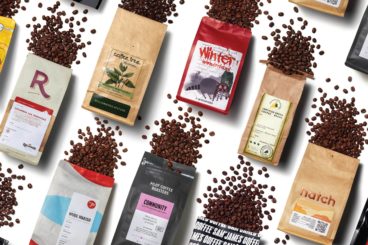 We’re drinking more coffee at home than ever before. Here’s how to make the most of every cup with top beans from local roasters 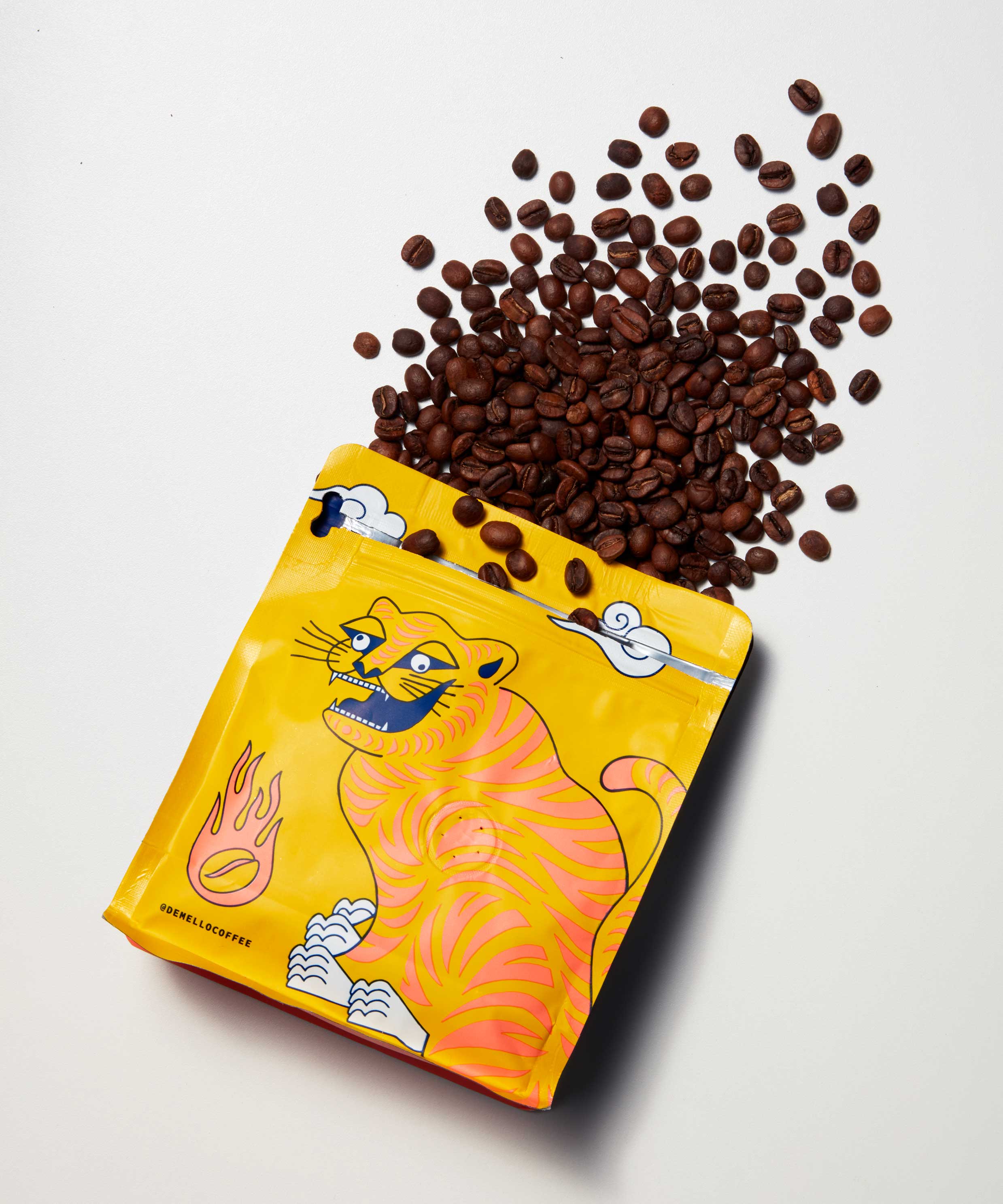 This midtown roaster sources its beans from both hemispheres, including small producers like Doña Aracelly, a second-generation grower from central Costa Rica, where this single-origin light roast originates. It makes a fruit-forward and lightly acidic cup—and there’s even a hint of lavender if your senses are fully awake to it. $16 for an eight-ounce bag. 2489 Yonge St., 416-556-5393, hellodemello.com. 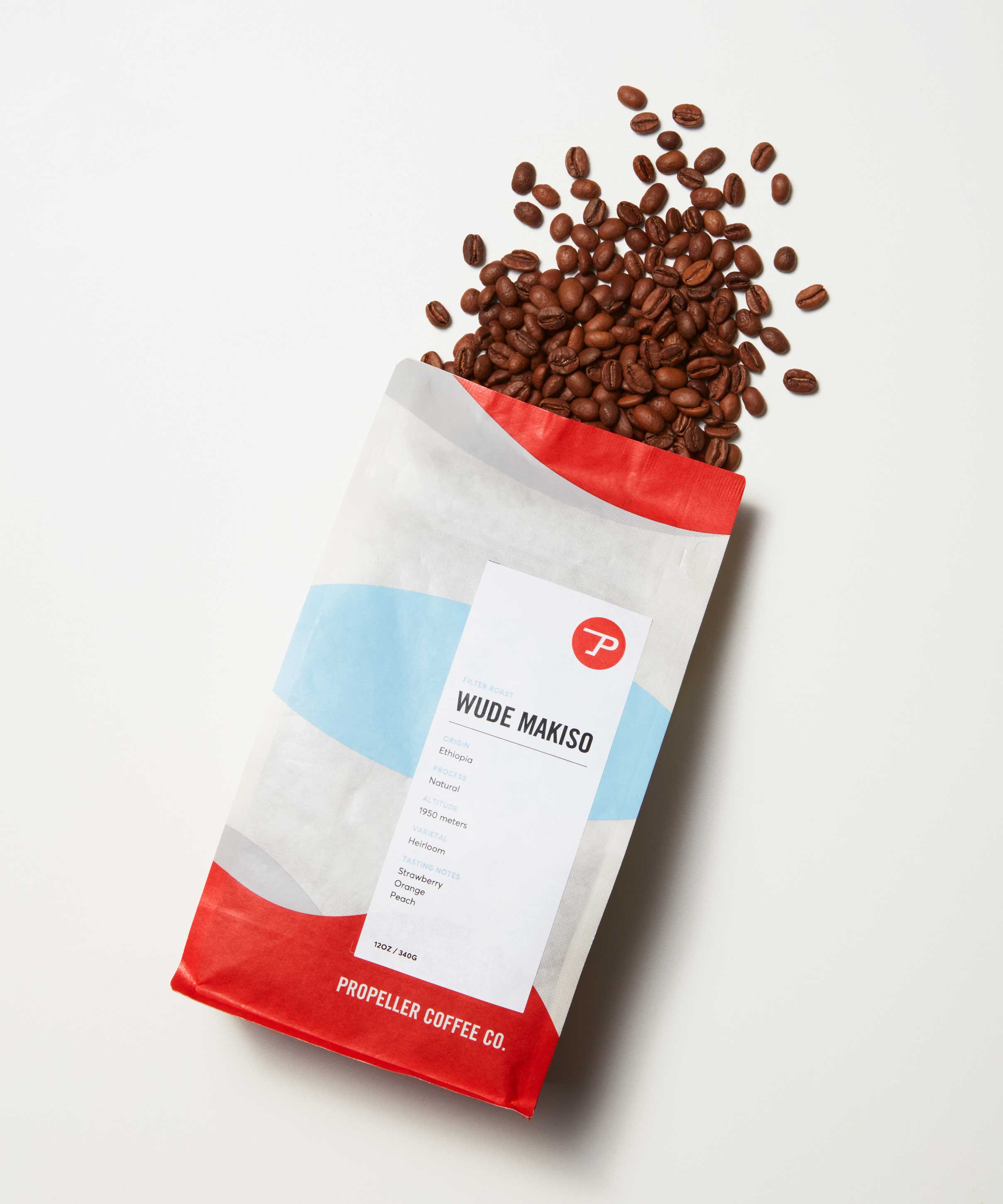 The temporary suspension of in-person everything—especially weddings, group dinners and freelance worker-bee colonies—has been tough on this Bloordale roaster, which hosts tons of events in its spacious factory digs. But Propeller’s coffee business continues to take off. One of their go-to single-origin roasts is the Wude Makiso, which shares a name with its Ethiopian grower. It’s like a big bowl of summer fruit, with sweet hints of strawberry, orange and peach coming through in every sip. $21 for a 12-ounce bag. 50 Wade Ave., 416-479-3771, propellercoffee.com. 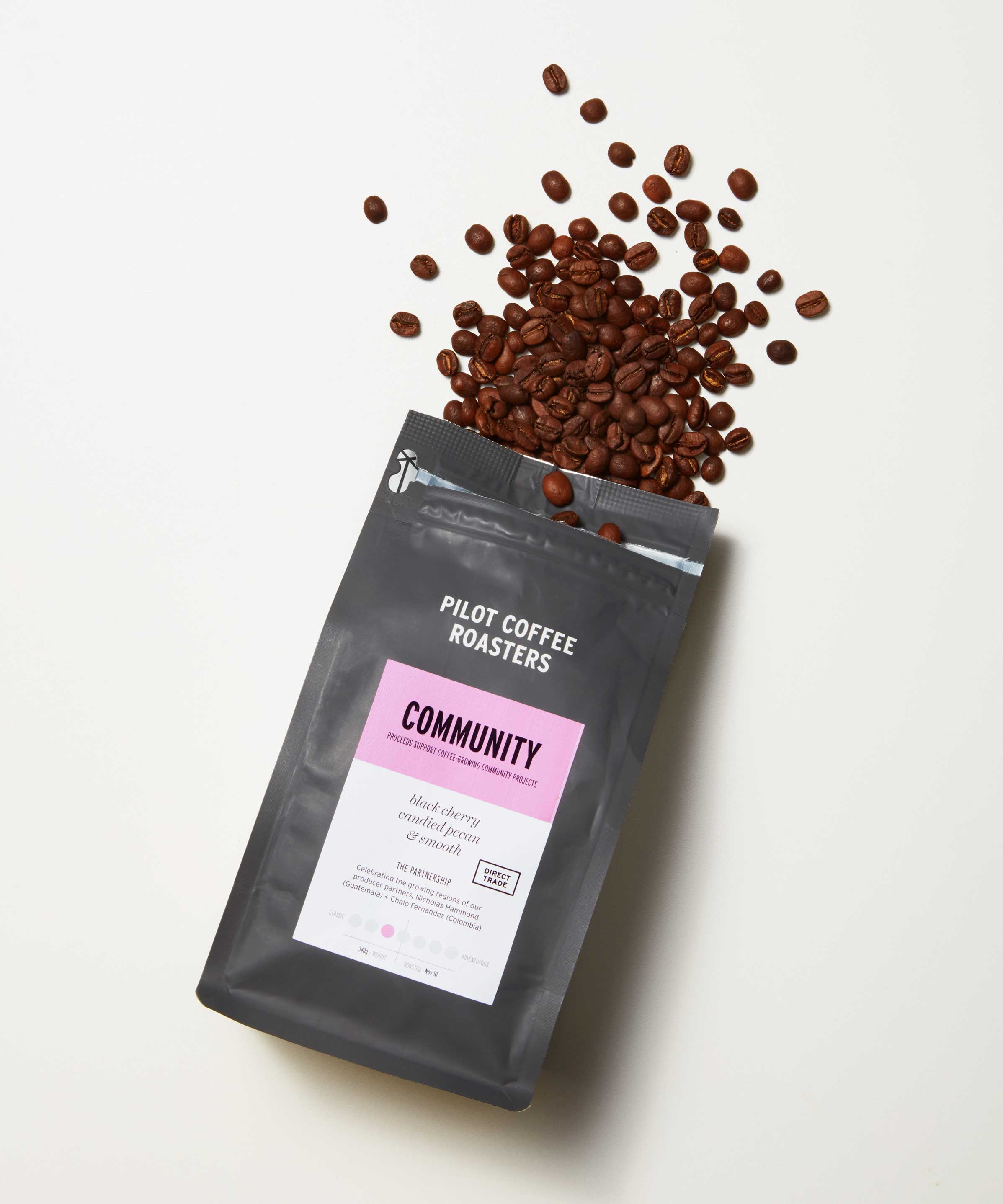 What began with a single shop in Leslieville more than a decade ago—Te Aro is still going strong—is now a bright-yellow beacon for third-wave-coffee aficionados all over town. (Pilot’s roastery is next to Left Field Brewery on Wagstaff Drive, one of the most stimulating laneways in town.) Pilot puts its signature blends front and centre, with auspicious names like Community, a lightly sweet crowd-pleaser of a coffee that incorporates beans from farms in Guatemala and Colombia—and sends a portion of the proceeds from its sale to help build medical facilities and roads in the regions where the beans come from. $19.50 for a 12-ounce bag. Various locations, pilotcoffeeroasters.com. 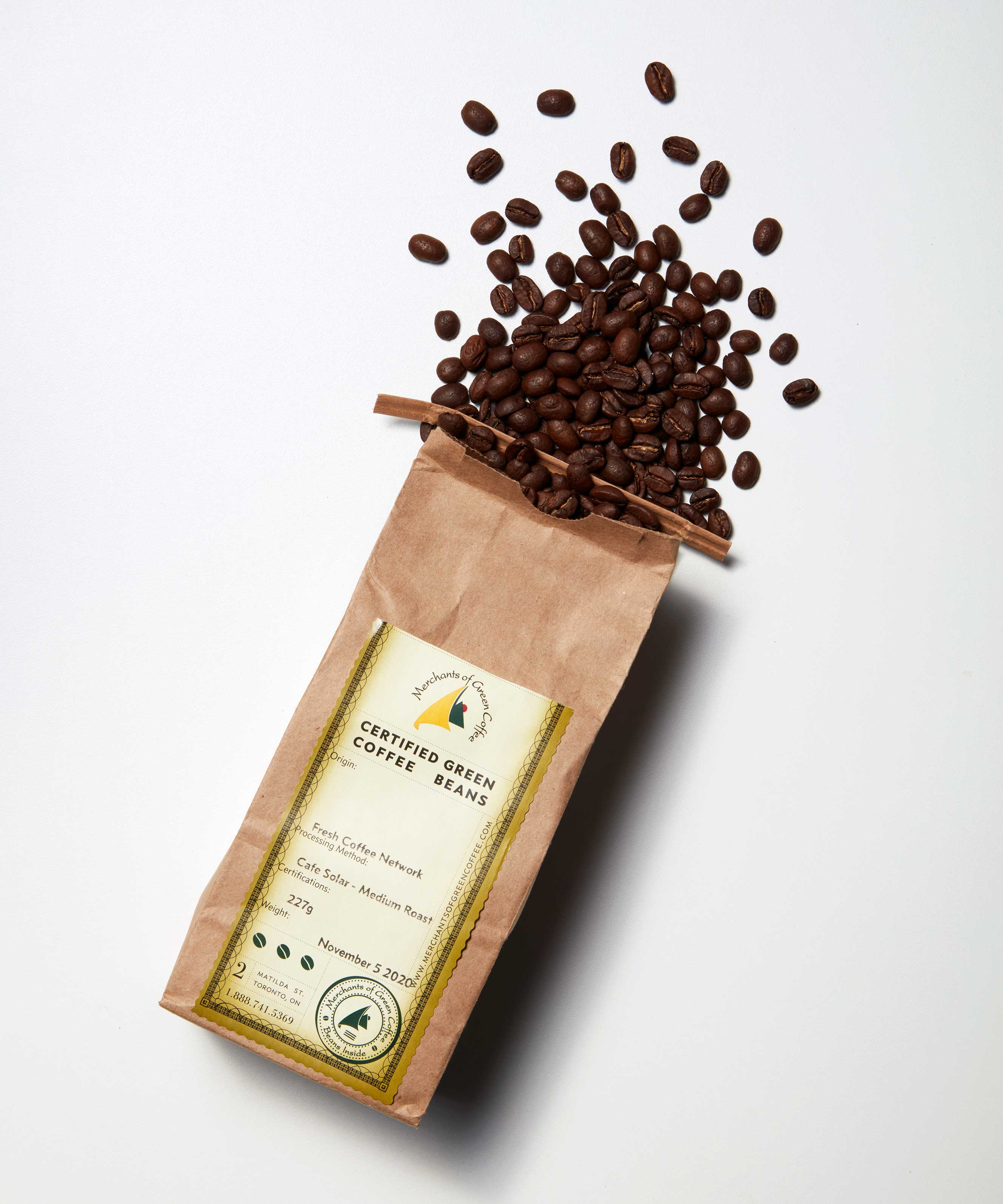 Green coffee has a few different meanings at this east-side roaster. The emphasis is on unroasted (green) beans that can be roasted at home for those interested in taking their morning joe to new extremes. But they also sell roasted beans, including their new Climate Change Coffee. It’s a blend of beans from Honduras, Ethiopia, Colombia and Papua New Guinea, processed using solar energy and with enough conservation offsets that each cup is carbon neutral. It’s not too dark or acidic—the kind of coffee you can guzzle all morning without realizing how wired you are. $8.95 for an eight-ounce bag. 2 Matilda St. 416-741-5369. merchantsofgreencoffee.com. 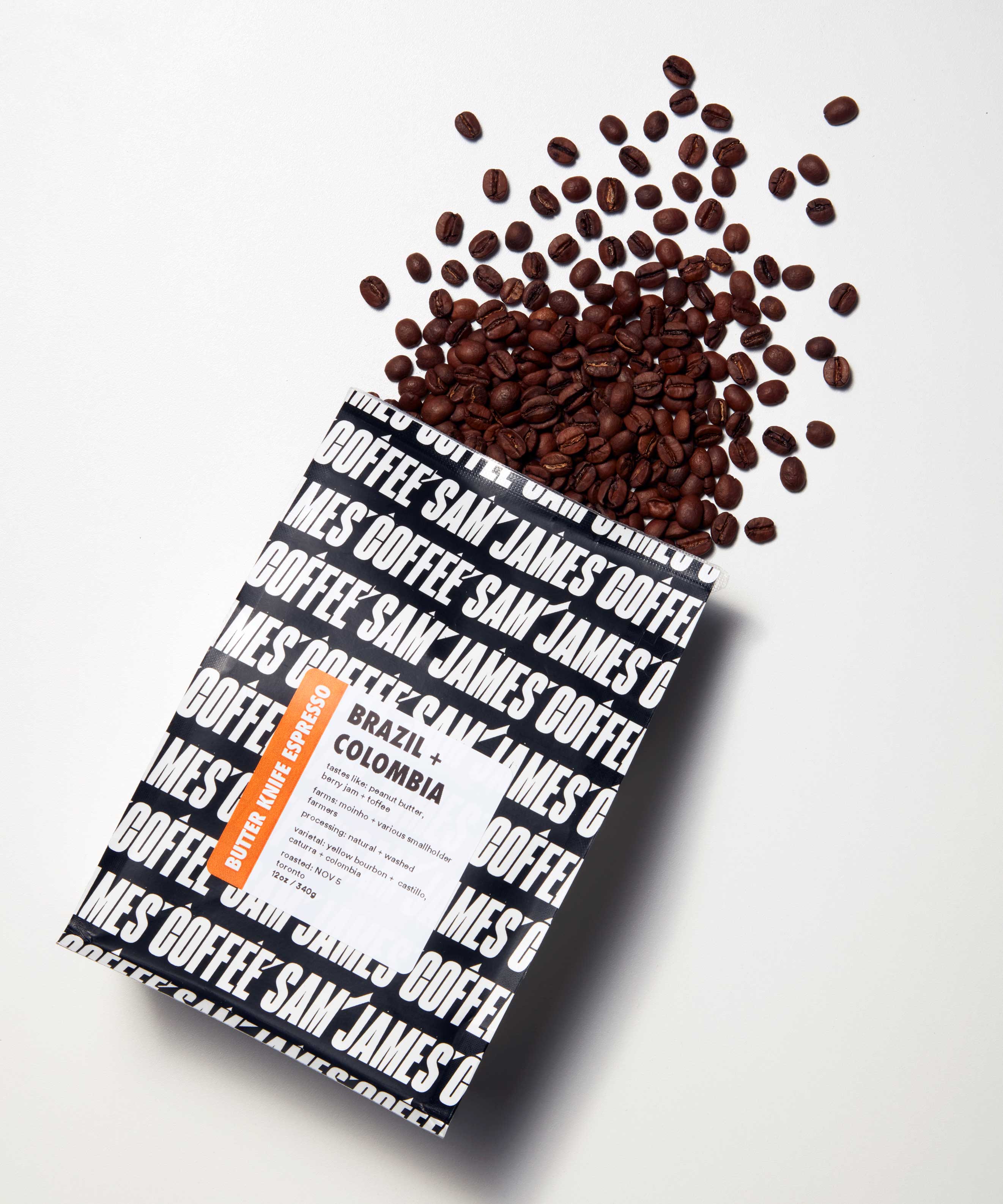 If you’ve ever had a cup of coffee at one of Sam James’s half-dozen shops, odds are you’ve had the Butter Knife Espresso. The blend, which James tweaks as the seasons change, remains remarkably consistent no matter the composition: it’s roasted to medium and maintains a rich, sweet profile, with only a little acidity. And don’t let the name fool you: it brews just as well whether you’re using an espresso machine, a standard drip maker or any gizmo in between. $18.50 for a 12-ounce bag. Various locations, samjamescoffeebar.com. 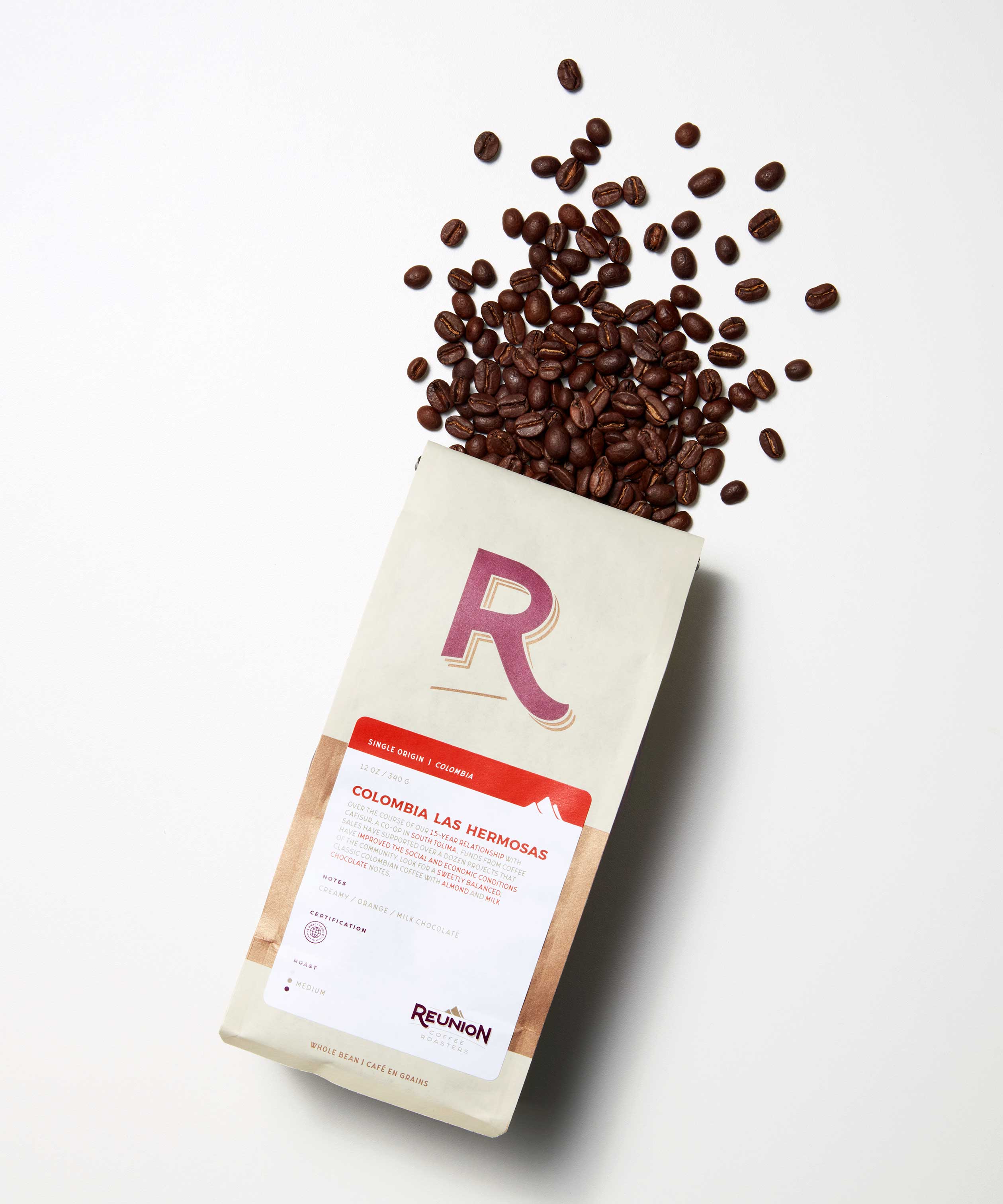 Reunion opened its first Toronto cafe on Roncy in 2015. But they’ve quietly been brewing and building relationships with farmers since 1995, and it shows in the deep lineup of single-origin beans in stock on a regular basis. They’ve been buying these Las Hermosas beans for 15 years from a farm co-operative in southern Colombia. It’s roasted to medium and meant to exemplify the platonic ideal of what a cup of Colombian coffee should taste like: not too acidic and a little sweet, with some hints of milk chocolate. $15 for a 12-ounce bag. 385 Roncesvalles Ave., 416-551-3431, reunioncoffeeroasters.com. 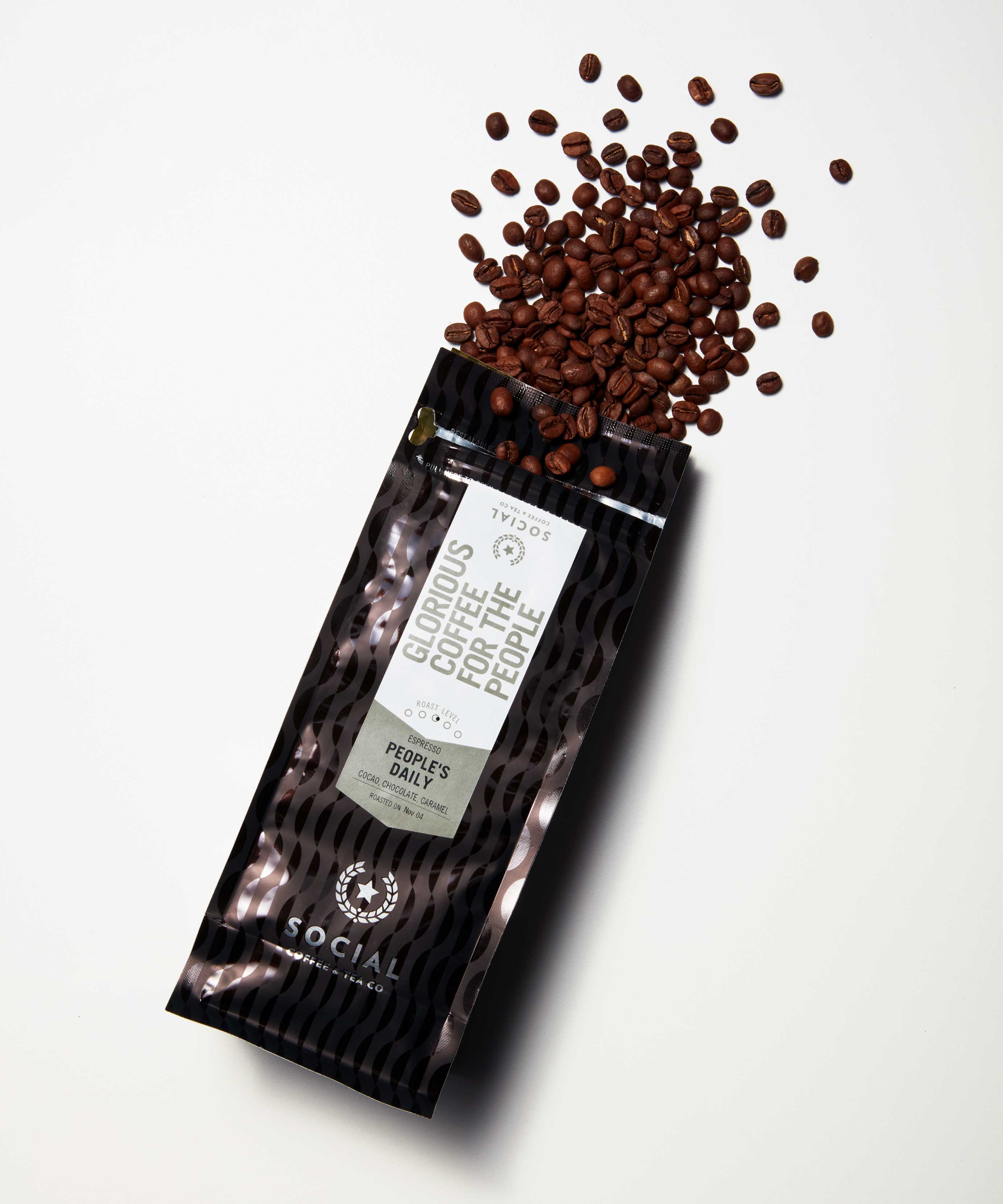 That’s not only the smell of coffee in the air: there’s a cheeky whiff of popular uprising to the offerings at this Richmond Hill roaster, with bags of beans titled things like People’s Liberation and People’s Daily, a sweet and balanced blend of Brazilian and Colombian beans that shares a name with the official newspaper of the Communist Party of China. $15 for a 12-ounce bag. 77 West Beaver Creek Road, unit #1, Richmond Hill, 866-515-5033, socialcoffee.com. 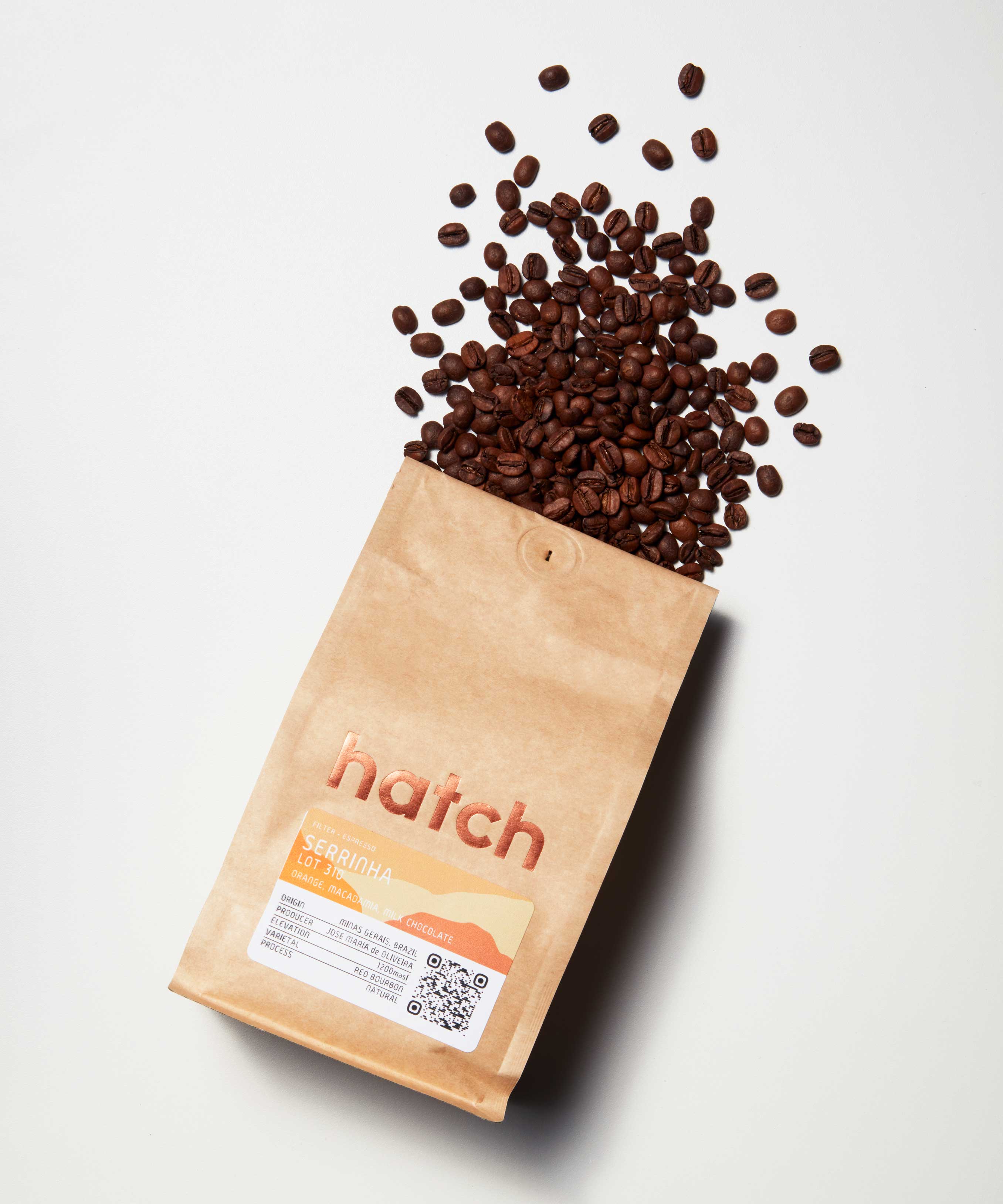 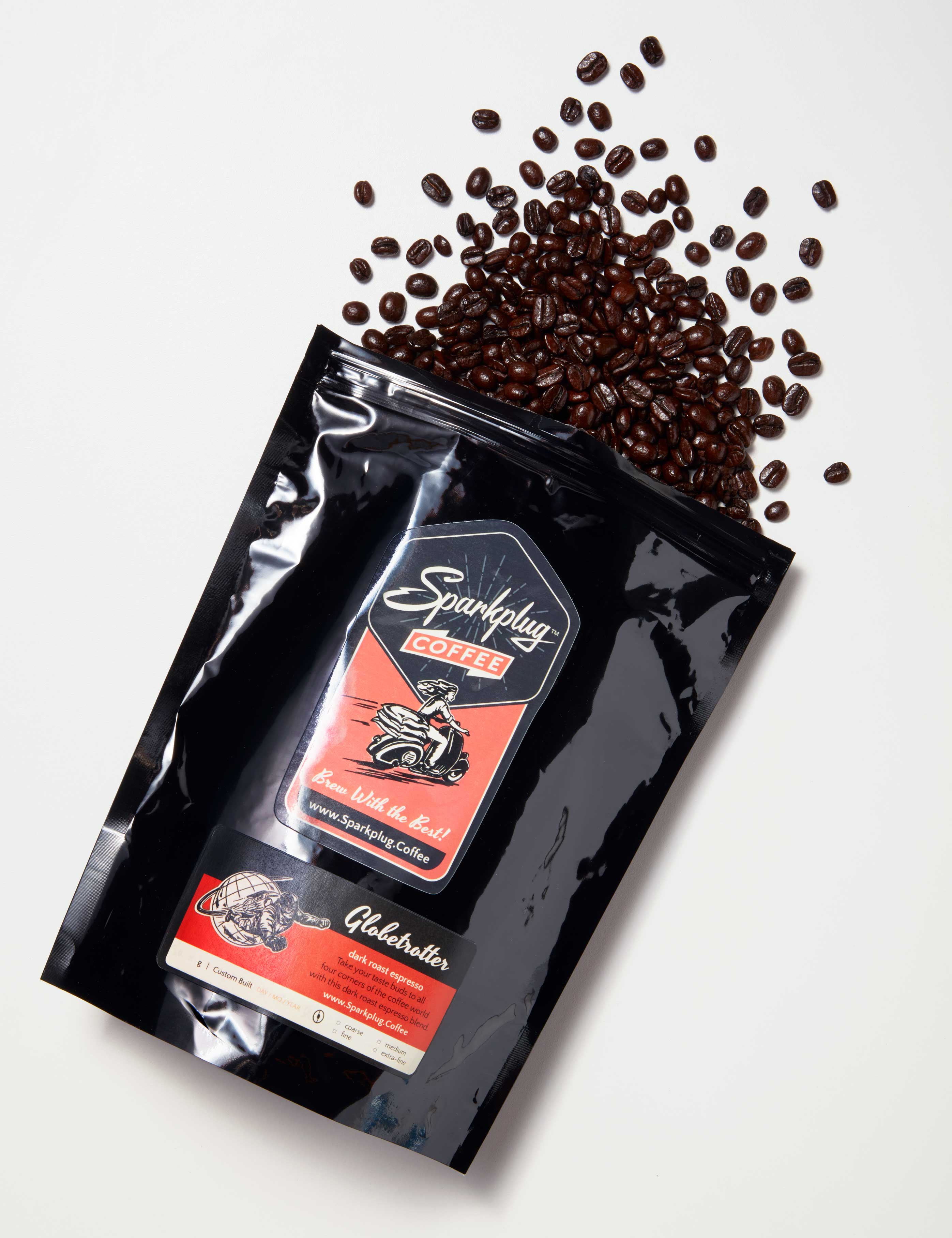 Without a physical storefront, this small-batch roaster ships its beans by mail—or, for local orders, by bike, on foot, or on the back of founder Kara Isert’s vintage Vespa scooter. Fans of darker roasts will find plenty to like in Sparkplug’s catalogue, including Globetrotter, a smoky-smooth blend of fittingly far-flung beans from Ethiopia, Indonesia and South and Central America. $23.95 for a 10.5-ounce bag. sparkplugcoffee.com. 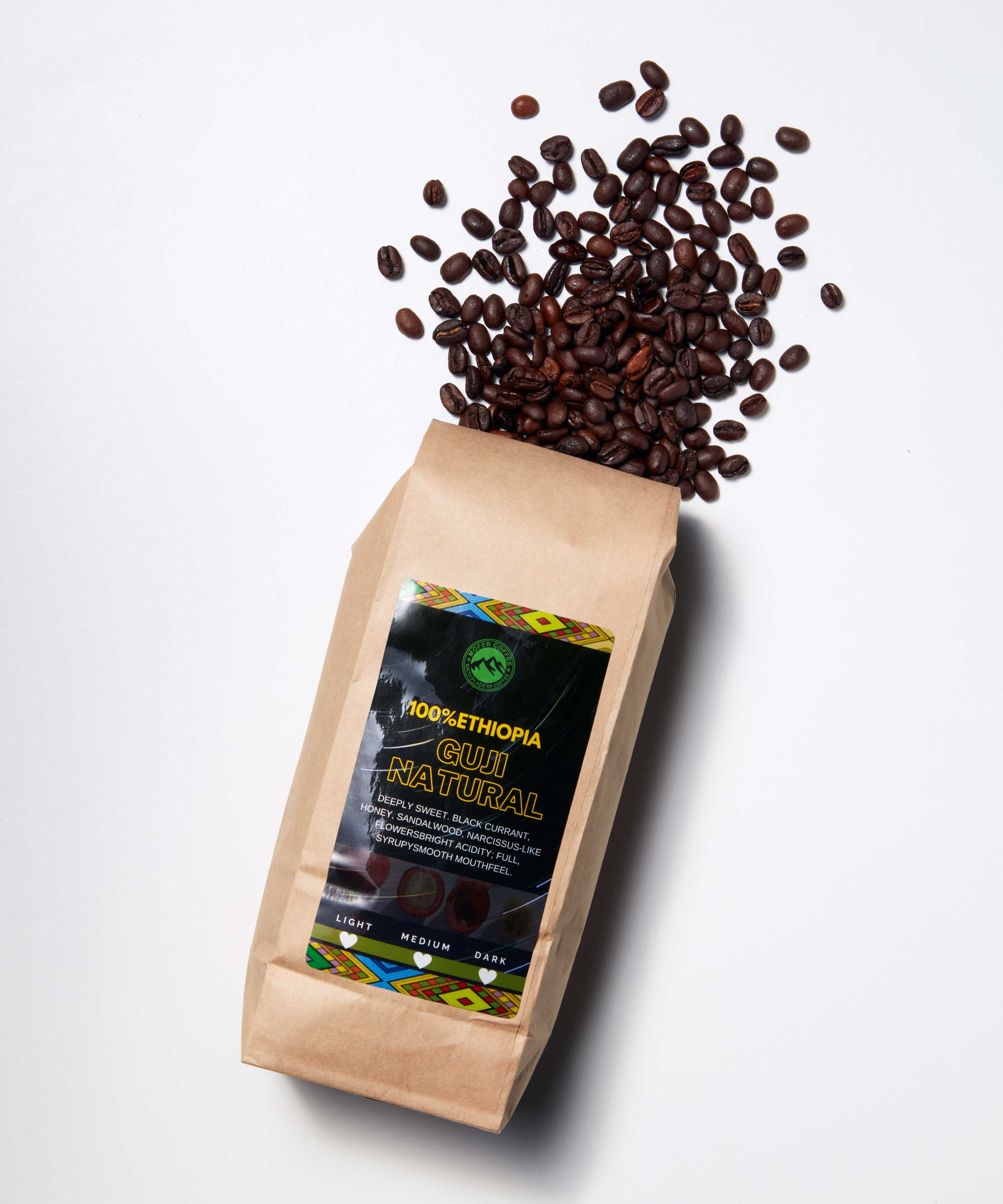 This Toronto roaster focuses exclusively on single-origin Ethiopian coffee beans—roasted and unroasted—which are typically known for their floral, citrusy characteristics. Its newest offering is from the country’s Guji zone, which fronts a prominent sweetness and hints of blackcurrant, honey and sandalwood. $18 for a one-pound bag. 1577 Danforth Ave.; 1040 St. Clair Ave. W.; mofercoffee.com. 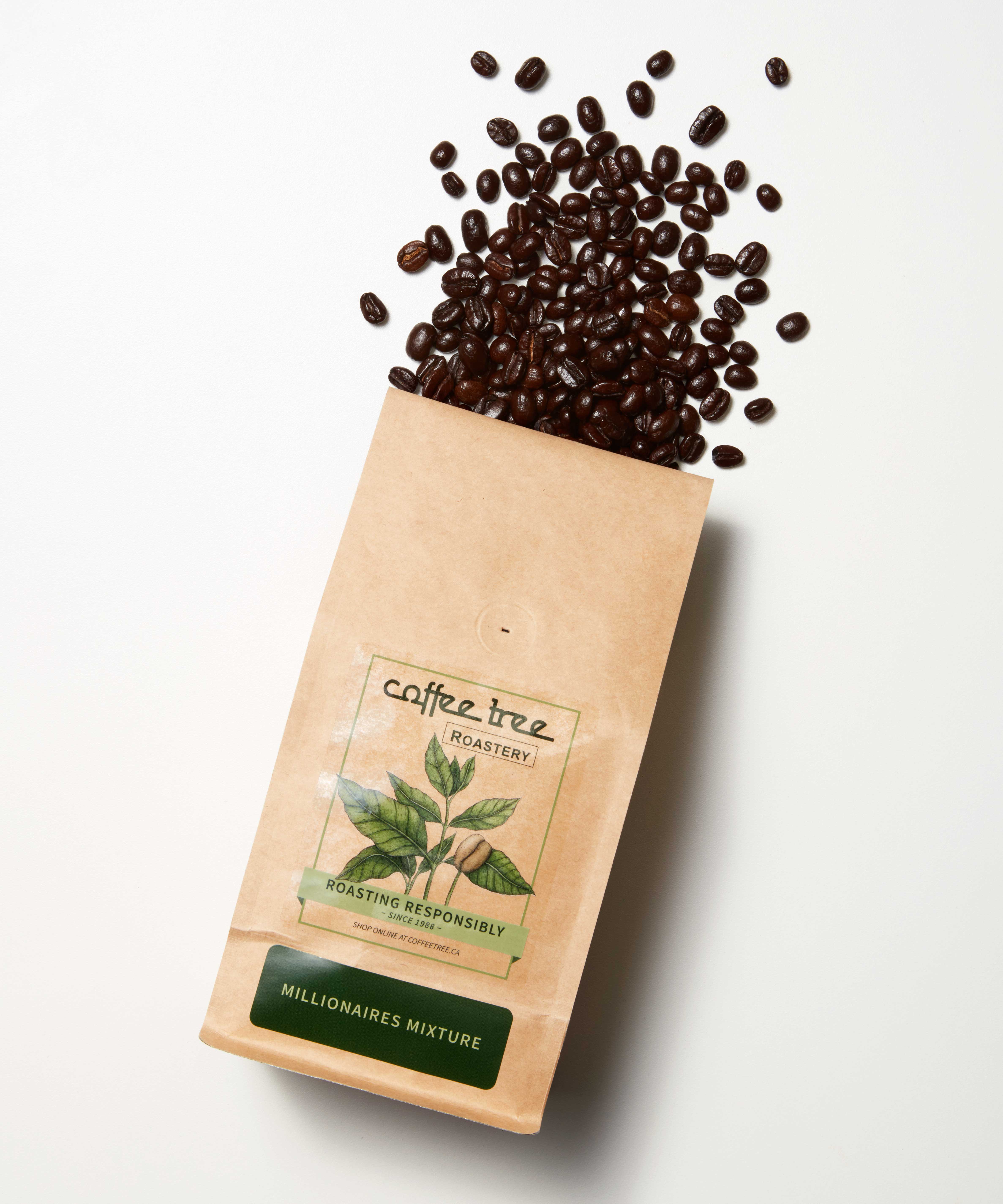 It’s easily overshadowed by the surge of third-wave coffee shops that have taken over Toronto in the past decade, but this Bloor West Village mainstay has been roasting beans and pouring coffee since 1988. All the while, Millionaire’s Mixture has remained its signature blend. It’s a deep, dark roast that fully caramelizes the beans’ sugars without veering into the all-too-familiar scorched-earth territory. $26 for a one-pound bag. 2412 Bloor St. W., 416-767-1077, coffeetree.ca. 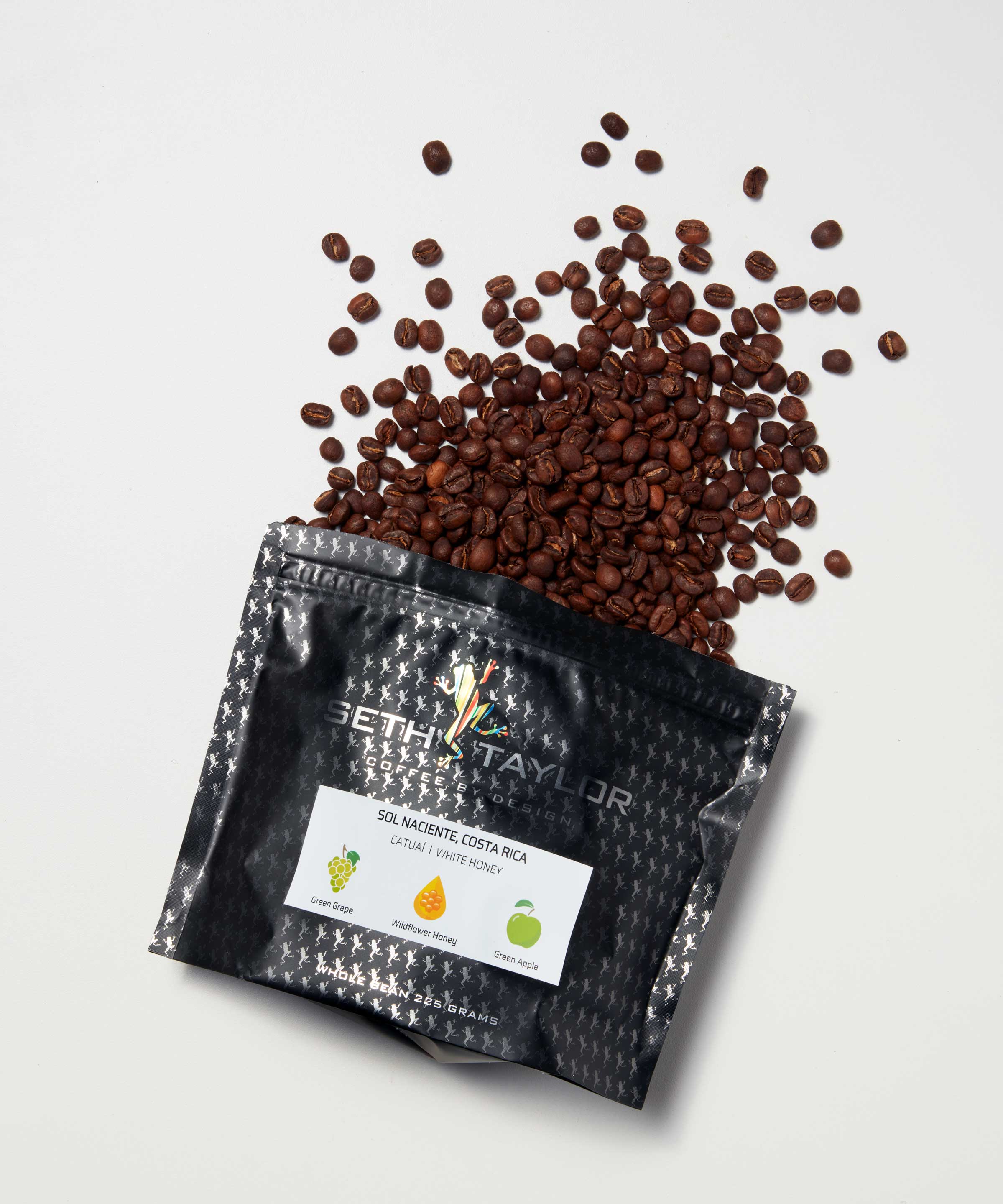 After winning industry awards as a roaster for Reunion Coffee, Toronto’s Seth Taylor launched his own virtual boutique coffee business in 2017. His MO: finding small lots of beans grown using exacting methods. His Costa Rica Sol Naciente beans are processed using a technique called the Honey Process before they get to Taylor’s roaster. The upshot: an unusually complex cup with green apple and grape flavours and plenty of acidity. $14 for an eight-ounce bag. sethtaylor.ca. 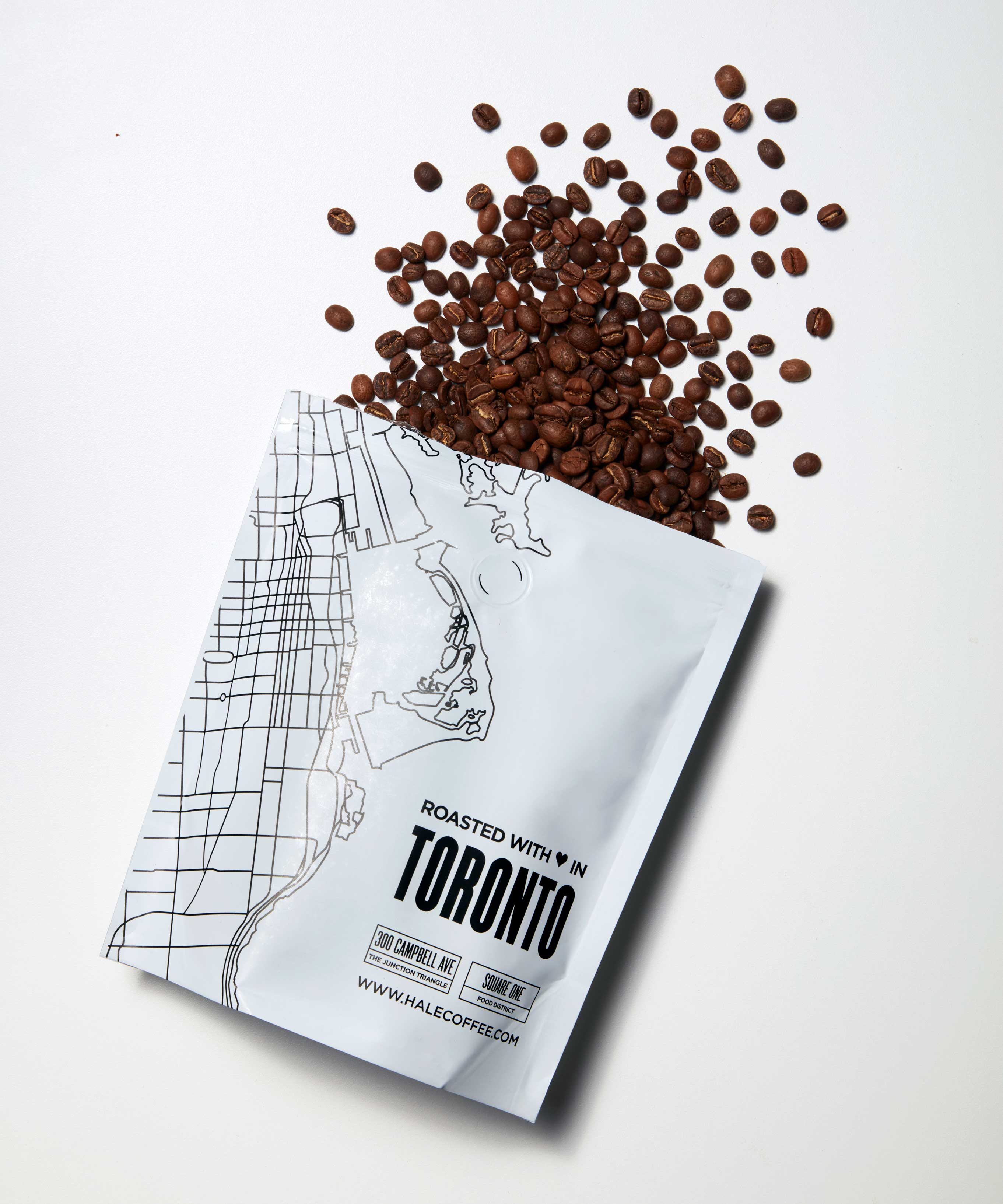 This Junction roaster’s Espresso Roast is a blend of beans from three coffee powerhouses–Ethiopia, Guatemala and Brazil. It pours a honeyed, caramel-rich cup, especially if you’re using an espresso machine at home. (Coarser grinds for other methods, including drip, are also available.) $17 for a 12-ounce bag. 300 Campbell Ave., 647-352-4253, halecoffee.com. 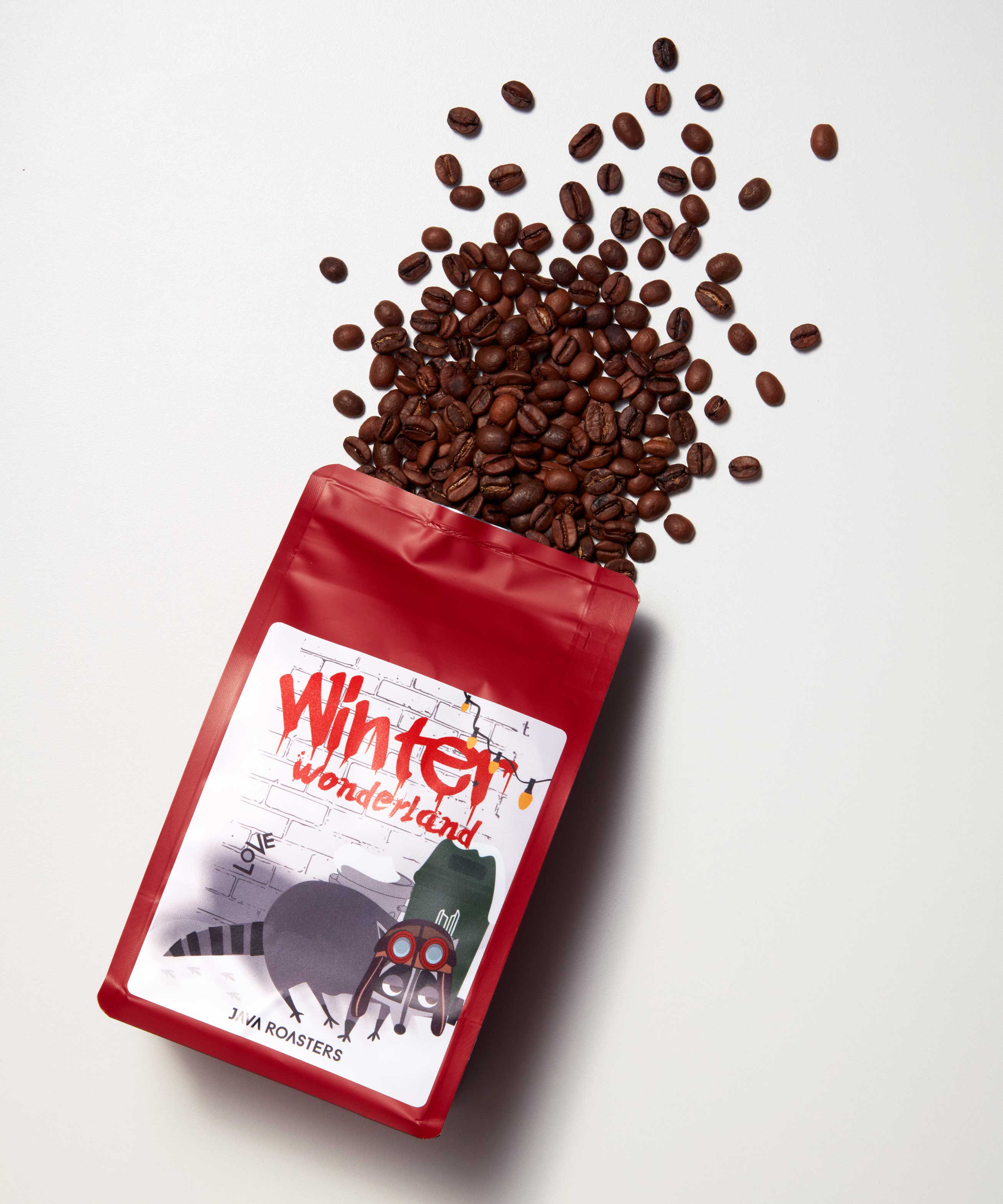 Founded by Toronto coffee enthusiasts known simply as Leah and Kay in 2018, this Carlaw Avenue roaster specializes in two things: single-origin coffees and awesome label art, which is custom designed by self-taught artist Kay for every new roast in the store. Their Winter Wonderland espresso roast features a unique bean found on only one farm in Costa Rica, which is then roasted to bring out berry-forward and even wine-like qualities. $20 for a 12-ounce bag. 262 Carlaw Ave., Unit 107, 647-807-7000, javaroasters.ca.