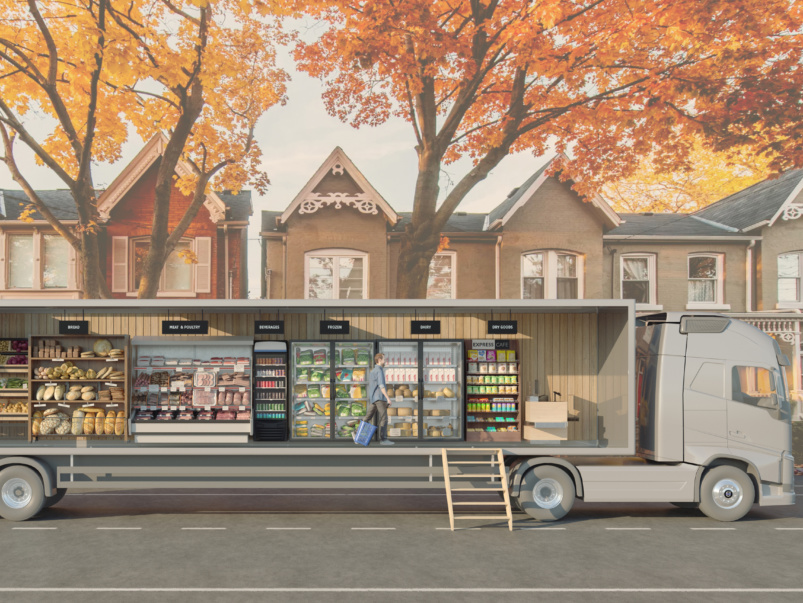 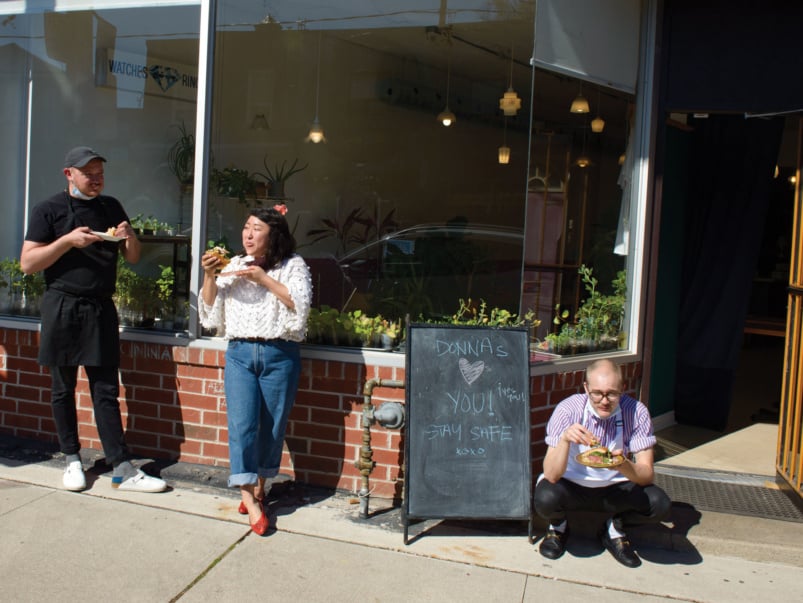 “It’s like starting from scratch again”: How six Toronto restaurateurs are planning to reopen for Stage 2

Roger Yang’s been busy. In mid-March he closed his plant-based tasting menu restaurant Avelo, only to open vegan pizza joint Pizzeria Du and rebel against Uber Eats. While building his own delivery service, Yang also launched a dairy-free gelato line called M!lk. And, if that wasn’t enough to keep him occupied, he’s now virus-proofing Avelo for its grand reopening on August 27. We chatted with the restaurateur about what he’s been up to, how he plans to keep his customers and staff safe, and where he thinks the hospitality industry is heading.

Avelo’s now been closed for five months. Why did you decide against takeout?
We closed in March, before the government order—it seemed irresponsible to stay open. The tasting menu experience we offer at Avelo doesn’t translate well to takeout or delivery, since the service and ambience are such important parts of it. Plus, for a single diner, we would need about 20 containers. Even if we used compostable containers, that’s a lot of waste. And when the city entered Stage 2, applying for a CaféTO patio didn’t make sense for us, being on a small residential street. Our building is so narrow, we would only get two tables out of it.

What did you get up to after closing Avelo?
The first couple of weeks I was so, so bored. I don’t know if I’ve ever been so bored before. I came to the realization I’d rather be doing something than nothing, and pizza seemed perfect for the times: comforting food that can be delivered. So, we opened Pizzeria Du in April. It’s named after Dualco de Labio, my friend and colleague who cooked at Awai and Away before he passed away unexpectedly last winter during a trip to Brazil. Looking back now, his family thinks it was likely Covid, which was spreading much earlier than anyone realized.

Shortly after launching Pizzeria Du, you had a very public breakup with Uber Eats. What happened?
I could handle them taking a 30 per cent cut, but their business model is harmful to independent restaurants and their service isn’t consistent. Ultimately, Uber is stripping restaurants of their identities and pushing out independent operators. So, I started a delivery co-operative, which is now being piloted with a few other restaurants: Parka, Mugi, One Love and Rustle and Still. The plan is to make it available to all independent restaurants so they can take back control of their customer relationships.

Now that we’re in Stage 3, you’re finally about to reopen Avelo—and you’ve taken some serious virus-proofing measures. What can guests can expect?
There will be eight-foot-high acrylic barriers between the tables, as well as HEPA filters that will run non-stop. The filters will cycle through the air in the dining rooms about nine times per hour. Before we open, we’re having someone come in to test how effective these measures are. They will measure the CO2 and particle levels, which will allow us to know if and how much air and respiratory droplets move from one table to another.

How did you come up with this design?
After excessive reading about the virus and how it spreads, the study that stood out most was about a restaurant in Guangzhou, China. One asymptomatic person infected nine other people. Basically, the study concluded that the air conditioning unit in the dining room pushed the respiratory droplets through the airflow of one section of the restaurant. We believe our acrylic barriers and air filtration systems will mitigate the risk of something like that happening here.

Was this costly to implement?
All in, it was about $5,000 of materials and labour.

What else is new?
The hostess will be using a laser thermometer to take everyone’s temperature upon arrival. Servers will still bring food to guests, but any longer interactions—like explaining dishes or helping a customer choose a cocktail, for example—will take place over a video chat. Each table will come equipped with its own Android tablet. Other than that, we’ll be sanitizing the chairs and tables between guests and letting each table sit empty for 15 minutes between seatings, which will allow for the air in the room to be thoroughly cleaned by the HEPA filters.

What has the reaction been like to mandatory temperature taking?
There’s been a bit of backlash on social media, with a couple of people saying it’s intrusive, but it’s just a laser being pointed at your forehead for two seconds. With the way this virus spreads, these measures are prudent. As a customer, I would feel more comfortable knowing that everyone else in the restaurants has been screened for obvious symptoms. These policies are also about the safety of our team, so if someone doesn’t like them, that’s okay—they don’t have to dine here.

How do you think your customers will react to communicating with the servers through video chat?
I think it’ll feel novel. We’re in this crazy time where everything is weird, and people seem more open to trying new things.

I hear you’re also getting rid of tipping—didn’t you try that at your old restaurant, Awai?
Both Awai and Avelo had a system where guests did tip, while staff were paid flat and fair hourly wages. This avoided the worst aspects of tipping while keeping the process familiar for guests. With multiple Toronto restaurants doing away with tipping—and instead paying staff equitably—I think it’s the right time to normalize no-tipping restaurants.

What do you think the future holds for the restaurant industry?
Even once there’s a vaccine, it will be a long while before things go back to normal. I definitely think the spacing between tables will stick around for a while. Before the pandemic hit, there were some restaurants leaving just six inches between tables, which seems even more insane now. Also, it appears that people got into the habit of cooking for themselves over the pandemic, so I think people will be dining out less in general. And when people do dine out, it’s up to us to make the experience all the more special. At least that’s what our team is aiming for.