Episode 5: On this installment of “Chef Artois,” the contestants play with fire at Momofuku Kōjin

Episode 5: On this installment of “Chef Artois,” the contestants play with fire at Momofuku Kōjin

On this episode of “Chef Artois,” we’re heading to Momofuku Kōjin. Since opening in 2018, this David Chang endeavor (located two floors above Momofuku Noodle Bar) has received rave reviews for its live-fire cooking and flawless service. Recently, Chef Eva Chin has taken over the kitchen.

Kōjin’s newly revamped menu showcases Chef Chin’s Hawaiian connection. Growing up on Oahu, Chef Chin learned to cook in earth ovens with volcanic rocks. One of the ways Chef Chin’s aloha ʻāina (or “love of the land”) comes across in her cooking is through her use of fire. Much of the menu—including the ember-roasted chili butter and charcoal-finished short ribs—is cooked over a crackling wood grill.

In keeping with the Kōjin theme—the restaurant takes its name from the Japanese god of the hearth—we’ll be asking our two “Chef Artois” contenders to play with fire. Tonight, Chef Chin joins host Pay Chen to welcome contestants Amanda Mendonca and Raluca Urlea. Their task: impress Kōjin’s new chef de cuisine with a perfect plate of huli huli chicken: a fire-roasted, soy-braised bird cooked over a charcoal grill.

Huli huli chicken, a popular Hawaiian dish flavoured with a teriyaki-like sauce, gets its name from how it’s cooked.  Huli is the Hawaiian word for “turn,” and since the chicken is cooked over an open flame, it needs to be turned frequently, or the bird will dry out and burn. At Kōjin, the bird is first braised in a pineapple-soy mixture before it’s grilled over charcoal and then finished with the smoke from burning banana leaves, corn husks and oak wood.

With 60 minutes on the clock, it’s time for these two home cooks to flex their pyrotechnic skills. Unfortunately, someone’s going to get burned because there can only be one winner. Click the play button below to find out who will earn the claim to flame of being named the next Chef Artois.

“Chef Artois” is a new limited series that’s inviting diners back inside Toronto’s top restaurants. On this bite-sized cooking show—episodes are a satisfying 12 minutes long—the city’s chefs aren’t doing the cooking. Instead, diners are donning aprons and letting chefs judge their culinary chops. 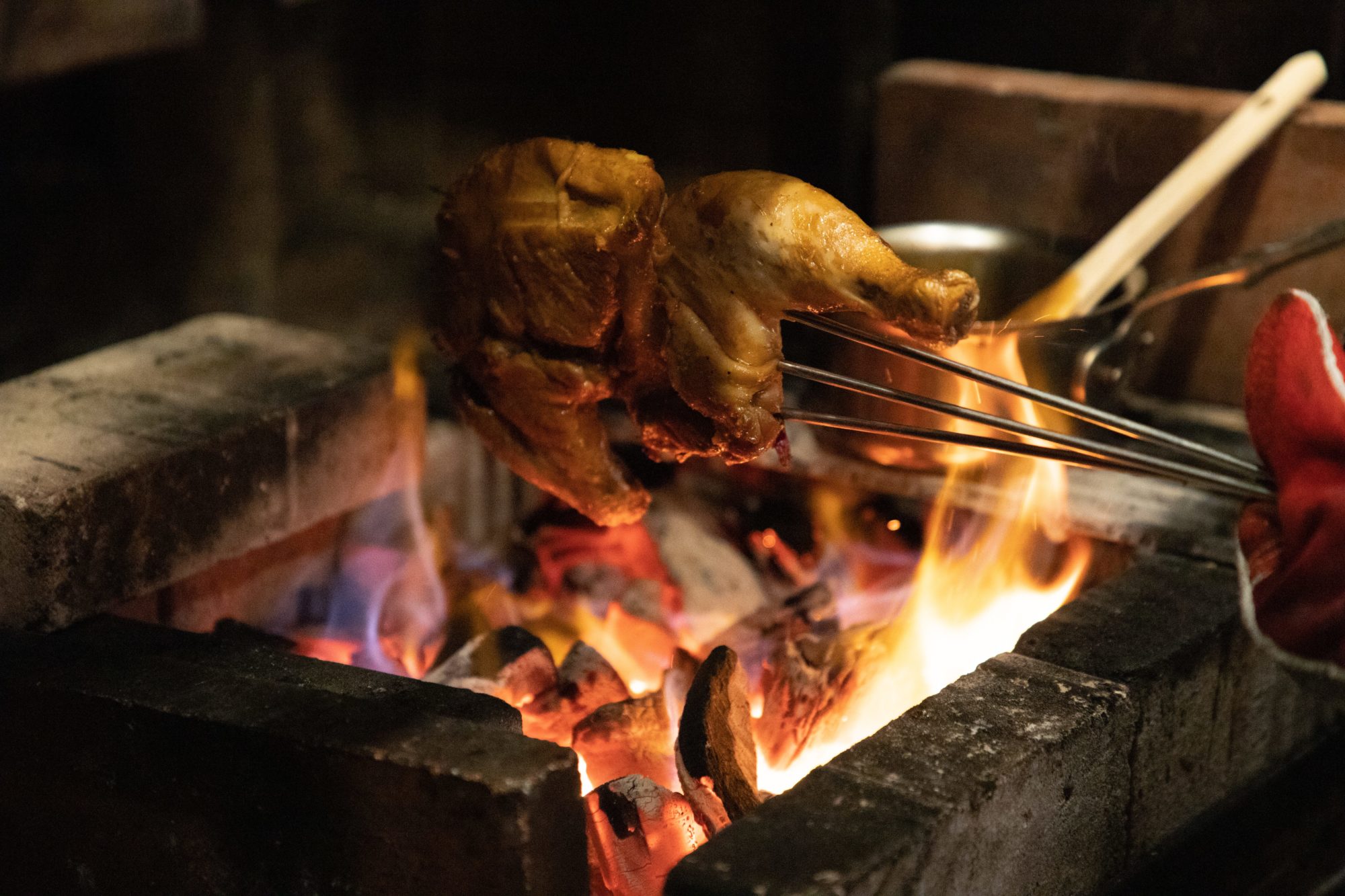