Boundary-pushing brews are flourishing in Toronto

Little Italy’s Birreria Volo feels more like a wine cave in Parma than a polished new craft-beer hall in Toronto. In place of branded pint glasses and tacky tap handles, you’ll find a narrow brick grotto with a 30-foot-long marble-topped bar for standing. The menu headings are in Italian, and the drafts are served in riesling glasses to showcase the aromas of each offering.

But it’s the family of beers being poured that makes this varsity-level beer snob’s paradise stand out from virtually every other hop-head hangout in the city. Forget the usual IPAs, pale ales, porters and pilsners; owners Julian and Tomas Morana have gone full beer geek. Most of the 26 taps—one for each letter of the alphabet—and cellar listings are devoted to goses, lambics, farmhouse saisons, Berliner weisses and other varieties of wild ale, a deliciously oddball, old-world style named for the natural, unpredictable yeasts and bacteria that result in sour, salty, earthy or downright funky flavours and aromas.

A wild-ale rookie’s first thought might be to ask for a fresh beer, but further sips can reveal a drink that’s more complex than a common craft beer. Think vintage champagne—dry, sparkling, acidic—with a faint whiff of something that’s been hiding in the dark corner of the fridge.

Trust the Morana brothers, who belong to Toronto’s First Family of Beer, to push the city’s drinking boundaries. They grew up working in their father Ralph’s legendary Bar Volo and, like their dad with cask ales, gravitate toward the traditional: producers who spontaneously ferment beer in open vessels that are exposed to the environment’s microflora. Says Tomas: “The very air of the location comes out in the beer and gives a sense of place unique to each brewery.” Dry, effervescent, peppery and often leathery thanks to the presence of Brettanomyces yeast.
Try: Goose Island Sofie, which comes in a dinner-party-ready champagne bottle. $10.05/765 mL. LCBO 331298.

New-world beers treated with wild yeasts and bacteria make up this broad category that covers anything from funky stouts to sour cherry ales.
Try: Bellwoods Brewery’s Grandma’s Boy Batch 2, a blend of wild ales aged with Niagara plums for up to 18 months. $14/500 mL., at Bellwoods Brewery, 124 Ossington Ave.; 20 Hafis Rd.

Local producers are going all in on this finicky family of beer. Here are three of the devotees

Specializing in Belgian-style farmhouse ales on the edge of Little Italy, brewing duo Christina Coady and Chris Conway use Ontario yeasts scraped off everything from grapes to strawberries. Try Flemish Cap, a dry saison with dusty stone fruit notes, and Imposter Syndrome, a farmhouse IPA with a coconut kick derived from a fruity strain of Brettanomyces. 928 College St., 416-533-7272, follybrewing.com 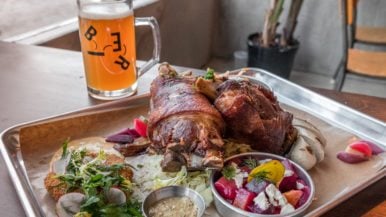 What’s on the menu at Otto’s Bierhalle, a German beer hall with 24 brews on tap 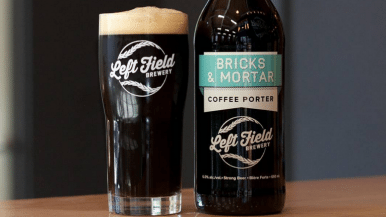 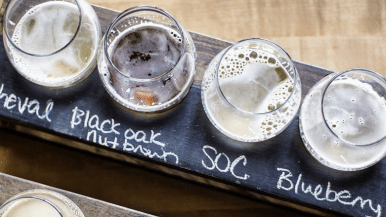 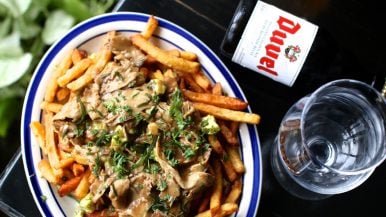 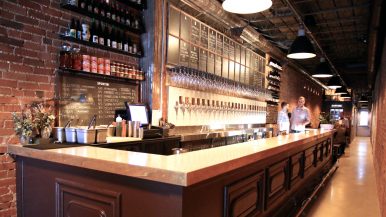