Bar Volo’s loyal patrons will tearfully say goodbye to the Toronto institution when it pours its last pints on October 1. To make the grieving process easier, we’ve put together a list of other watering holes that are doing beer right. From a Trappist temple, to a hall with a cellar full of vintage lambics and a new, next-level beer bar from Volo’s owners, here are 15 great spots to put back a brew.

#class by the glass

Only a few weeks old, this love letter to beer built in a narrow alleyway was inspired by the Morana family’s travels to bars in Italy and New York. The stunning spot is standing room only at the front, with a secluded beer garden in the back. Twenty-six taps serve farmhouse and sour brews, and Birreria is one of the only bars in North America to offer by-the-glass pours from a selection of rare, large-format bottles.
Drink this: A glass of Italy’s wine-forward Loverbeer.
Eat this: Fried chicken from neighbouring P.G. Clucks.
2000: The number of bottles made of La Luna Rossa 2013, a rare American-style wild ale that Birreria is pouring right now.

Queen West watering-hole Tequila Bookworm has been establishing its place as a great beer bar since it changed ownership (and coffee bar status) in 2010. Expect the latest one-offs and seasonals from Ontario brewers on the 10 rotating taps.
Drink this: Nickel Brook’s Duplicitious, a sour and salty dry-hopped gose.
Eat this: The bacon-topped Portland burger or the Big Mac–like Queen.
$5: The price for pints from noon till 5 p.m. every single day.

Ask your server about our flights. You're sure to find something you like.

Liberty Village’s sprawling subterranean beer bar has 120 taps featuring 92 core beers, 23 rotating guest brews and cider, kombucha and wine rounding out the rest. Don’t be intimidated by the selection—all of the staff are Prud’homme beer specialists and can help select something you’ll love.
Drink this: The delectably tart and fruity Rodenbach Grand Cru.
Eat this: Small plates like chili lettuce wraps, mini burgers and flatbreads.
85: The average number of kegs the Craft goes through every week.

With its stone walls, crackling fire, pool tables and fully-stocked cellar on display, this basement bar is the ultimate beer cave. Open since the late ’80s, C’est What has 34 taps (18 rotating) and eight cask lines.
Drink this: Al’s Cask Ale, a gently carbonated English Ale brewed especially for the pub by Durham Brewing.
Eat this: Rich pub fare like the spicy Moroccan stew or the grassy lamb burger.
3,750,000: The approximate number of pints poured since the bar opened.

This bare-bones Bloordale spot quickly became a neighbourhood fave when it opened a couple years ago, thanks to its small but notable bottle list of wild, funky brews and its five rotating taps. Owner Tamara Wise chooses the selection based on what she likes to drink, and brings in one-offs of collaboration brews she’s created with local breweries, like a peach sour she made with Blood Brothers.
Drink this: A wild, barrel-aged brew like Michigan’s Petoskey Pale Ale from Leelanau Brewing Company.
Eat this: Salty things like pepperettes, chips and olives.
35: The number of beers on the bottle list.

A Kingsway tavern with a weekly rotating tap list of 16 Ontario craft beers, and a few out-of-province brews, like Belgium’s Delirium Tremens, added on occasion. They’ve been aging some sour Belgian bottles that they hope to crack open next year.
Drink this: A tasting paddle of four beers, pre-designed according to flavour profile (hoppy, malty, etc.).
Eat this: Hearty gastropub fare, like venison stew or a burger made with duck and double cream brie.
12: The number of months they’ve been aging the Petrus Oud Bruin.

After work beer with my friend to celebrate me being super old!!

Smack in the middle of the Entertainment District, the Town Crier has been serving a solid selection of Belgian and German beers since 2011. The 50 drafts, coupled with an impressive selection of Trappist bottles, make it a great place to explore Old World classics.
Drink this: Toast a special occasion (like the end of another work day) with a bottle of Deus, the champagne of beers.
Eat this: Traditional Belgian and German dishes, like schnitzel and moules frites.
206: The total number of taps between the owner’s four bars (Sin and Redemption, Village Idiot, Prenup Pub, Town Crier).

The colourful, the beautiful, the "Only Cafe" on Danforth #Toronto

The twinkly candlelit ambiance and cozy two-top tables make this east-end institution a perfect date-night destination. With 22 brews (including three casks) and five ciders on tap, plus a ton of bottles, there’s something for everyone.
Drink this: Rainhard Brewing Co.’s Sweetback’s, a milk stout that’s extra creamy thanks to the nitro tap.
Eat this: Whatever you want—outside food is totally allowed.
230: The number of beers on the bottle list.

The club is open

A photo posted by TheGreaterGoodBar (@thegreatergoodbar) on Jun 8, 2016 at 2:51pm PDT

Get Well’s kid sister opened this summer, serving up the same formula of hyper-local craft beer (18 taps), pizza (from North of Brooklyn) and arcade games, that Get Well perfected.
Drink this: Something sour, like Blood Brothers’ Dark ‘N Sour.
Eat this: Thin-crust, Neapolitan-style pies topped with things like spicy sausage, Serrano peppers, pickled red onions and honey.
25,000: The approximate number of pizzas that have been served at both bars combined.

Wvrst’s epic cellaring program was born out of necessity when they opened five years ago—getting rare import bottles into Ontario took up to eight months. So they chose bottles that develop with age, built a beer cellar and quietly started buying up some of the best beers in the world, like the stocked but unlisted Cantillon Grand Cru Bruoscella 2012. They also have 22 taps that pour both beer and cider.
Drink this: Mikkeller 2014 Spontanmandarin, a vintage lambic that’s available only at Wvrst.
Eat this: Sausages, of course, and something from newly launched fermented menu that features a whole lotta pickled things.
100,000: The number of litres of beer and cider sold annually.

Bar Hop’s much bigger sister bar, just a block away from the original, has 36 taps, rotating casks and close to 100 bottles on the bottle list. BrewCo recently released the first iteration of Tremolo, a mixed fermentation farmhouse ale that’s aged in barrels and blended with a younger ale. It’s currently brewed at Amsterdam but will be crafted in-house once licensing is finalized.
Drink this: Go for a sour saison flight that includes Tremolo, Folly Brewpub’s Flemish Cap, and Series 1 from Redline.
Eat this: Three words: bone marrow poutine.
6,340: The average number of pints served per week.

Castro’s Lounge is a small beer bar in the Beaches with 12 taps that pour Ontario craft beer and four cask ales. Their bottle list is long, and dominated by classic Belgian and Trappist ales, like Chimay Blue and St. Feuillen Saison.
Drink this: Go for a cask ale—it’s fun to watch the bartender hand-pump it into your glass.
Eat this: Spicy vegetarian snacks, like nachos with vegan cheese, or a butter paneer wrap.
110: The number of bottles and cans on the bottle list.

Do you like to watch the #euro2016 or #torontobluejays games? So do we!! In fact we have them on our screens daily while serving #belgianbeer #craftbeer and #fromscratch food!! #Toronto #bistro #summer #the6 #416

Beer Bistro opened its doors at King and Yonge in 2002, teaching Torontonians the art of beer and food pairing way before it was a thing. They’ve got 20 taps and a bountiful bottle list.
Drink this: Take a cue from the food menu and go with the suggested beer pairings.
Eat this: Food infused with beer, like mussels with freshly-baked beer bread and pizzas with stout in the dough.
120: The number of bottles on the bottle list (it changes every four months).

This Kensington Market beer bar with a killer people-watching patio serves up a mix of Ontario and imported craft brews and ciders.
Drink this: Bronan by High Road Brewing, a warming IPA brewed by two ex–Mill Street vets.
Eat this: Southern-inspired dishes, like fried chicken and waffles or smokey mac and cheese.
32: The number of taps.

This brand-spanking-new contender in Dufferin Grove is already drawing crowds thirsty for the local, Quebec, Belgian and American beers being poured.

Drink this: A pint of Ommegang’s Hennepin saison, or a bottle of San Diego–based Stone Brewing’s Stone Delicious IPA.
Eat this: Right now, meat and cheese boards (with crackers made from spent grain) but, in the near future, things like fries topped with duck confit.
Too many to count: Pennies that went into the making of the super-shiny (and lucky?) bar top. 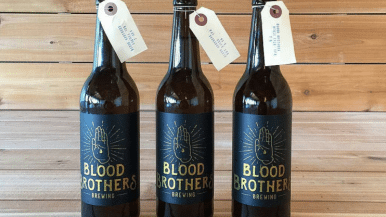 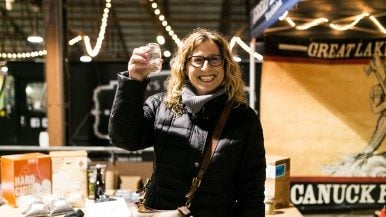 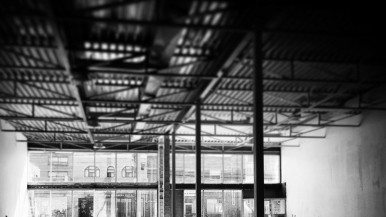 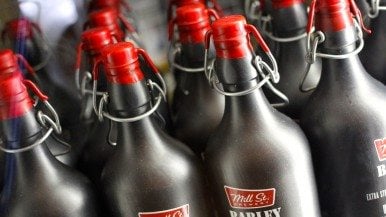