On Friday, the Society of Beer Drinking Ladies hosted Canada’s first ladies-only craft beer festival at the Evergreen Brick Works. While SOBDL’s smaller monthly events are always popular, this particular one sold out just 36 hours after it was announced. With close to 20 craft-brewing companies and several food trucks on site, the visitors had plenty to keep their palates happy while playing Ping-Pong or warming up by a campfire. We asked them about their drinking habits, and why they think female-focused beer events matter.

Donna Young, 53, registered nurse
“I’m from the East Coast, so I went from the baby bottle to the beer bottle! Any time it’s a women-only event you take the male dynamic out of it and it changes the atmosphere. Things become very relaxed and we don’t care so much about how perfect our hair is. It’s a really safe and fun environment—you can feel the female power in the room.”

Karen Brophy, 53, works at the CNIB library
“I like beer and I like women, so I thought I’d check it out. It’s an awesome feeling here—it’s very friendly and open.”

Maggie Solby, 19, student
“I’ve always found that the beer industry is a gentlemen’s club. It’s a very male-driven industry and it always has been. I think it’s important to educate women about beer, so they can feel comfortable learning and talking about it, and entering the industry.”

Ashley Denton, 28, bartender and funeral director
“I go to almost every single beer event I can get a ticket to, but I find most of them are 70 per cent men and only 30 per cent female. It’s nice to see a bunch of women coming together and drinking beer.”

Denica Johnson, 31, office manager
“I think everyone is more relaxed because we don’t have to worry about drunk dudes doing stupid things. Women can be stupid, too, but when you’re with your girlfriends, they keep you in check.”

Erin Beazley, 48, marketing
“I think female-driven drinking events are a great idea. It’s important for women to get together and empower themselves by any means possible, and this is a very good environment to network with people you might not otherwise meet.”

Erin Kudla, 29, jewellery designer
“This event is much less intimidating for women who are just starting to educate themselves about beer. When you go to co-ed beer festivals, the guys all talk the talk and walk the walk, so they kind of own the industry and the event.”

Jacquelyn Wood, 24, works at the Kings Arms bar
“I came with a group of friends and we all think it’s really cool that this event is geared towards getting women more interested in beer. I like to educate women about beer because there’s such a silly stereotype that beer is only for men and cocktails are for women.”

Jessica Juman, 28, executive assistant
“It’s not as busy as the co-ed events, so you get a chance to talk to the brewers one-on-one to learn more about them and their beer.”

Sarah O’Donnell, 54, lawyer
“I’m not against co-ed events, but I think it’s fantastic that they have these nights. It’s amazingly well-organized and it’s full of good vibes.”

Melissa Ferguson, 30, works with victims and witnesses of crimes
“It’s definitely more relaxed. No slight on guys, but it’s a different atmosphere here all together. It’s a chance to focus on what you’re here to do, which is learn about and try different beers.” 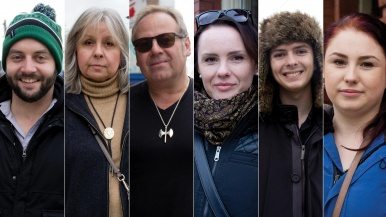 “I’d rather an open pit than the Brunny” 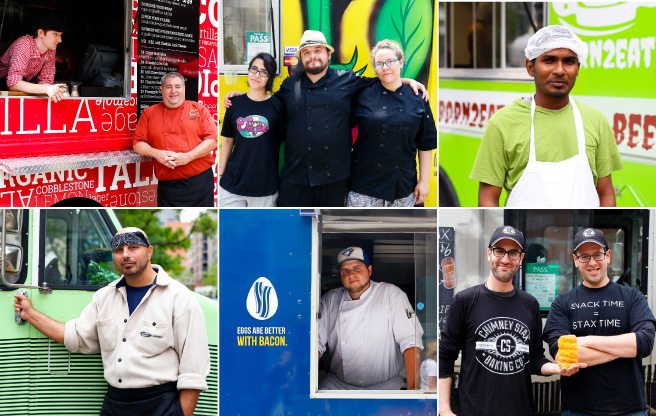 “We’ve never even tried to go downtown”: food truck folk tell us what they think about the new bylaws