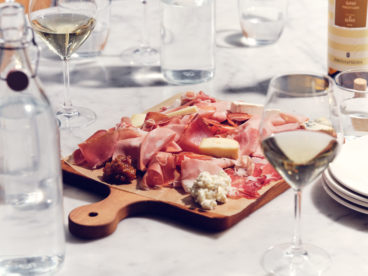 All You Can Eataly

It’s here, it’s huge and it’s crowded: a survival guide to the new Italian food mecca at Bay and Bloor

After years of anticipation, Eataly opened its first location in Canada in November, in the heart of the Mink Mile. It’s 50,000 square feet of edible Italian excess, combining three sit-down restaurants (a fourth is on the way) with a slew of gourmet grab-and-go stations, bakery counters, bars and even a fully operational brewery—not to mention thousands of off-the-shelf goods and a cooking school. It’s as much a cultural force as a culinary one: despite Toronto’s great selection of Italian restaurants and purveyors, the masses flocked to Eataly like it was opening day at Canada’s Wonderland. To compile this Eataly hit list, we braved the early throngs and immersed ourselves in just about everything the place has to offer. Here are our suggestions for how to make the most of it all. 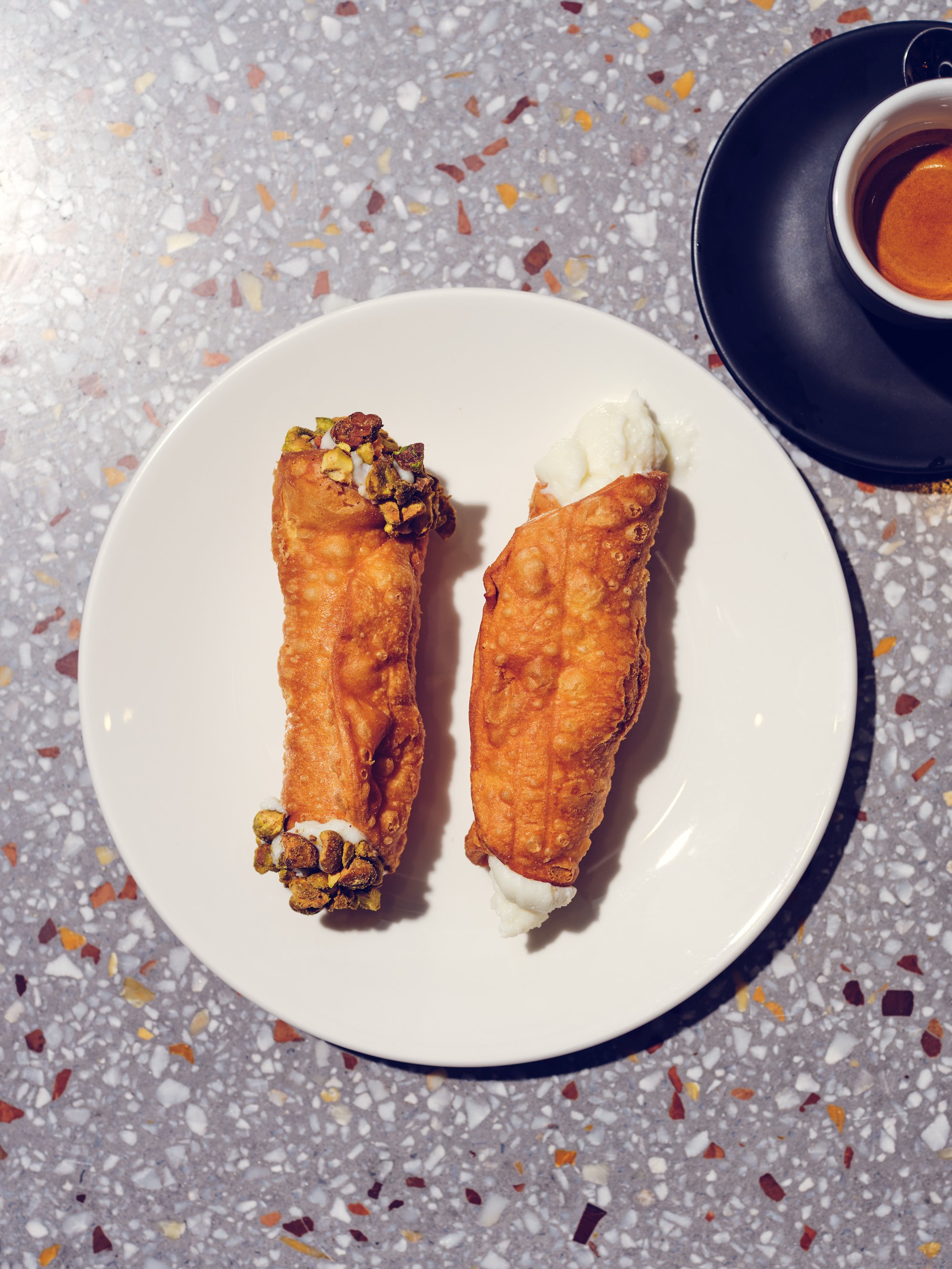 Create the cannoli of your dreams

1 Not all cannoli are created equal. At the Il Cannolo Siciliano counter, one of four creamy fillings is piped to order into irresistibly delicate golden-brown shells. Sheep’s milk ricotta is the traditional pick, but cow’s milk ricotta has a slightly more luxe texture against the brittle shell. For cannoli maximalists, there’s also chocolate and pistachio cream, and a choice of toppings, including whole pistachios, chocolate chips, sour cherries and candied orange. 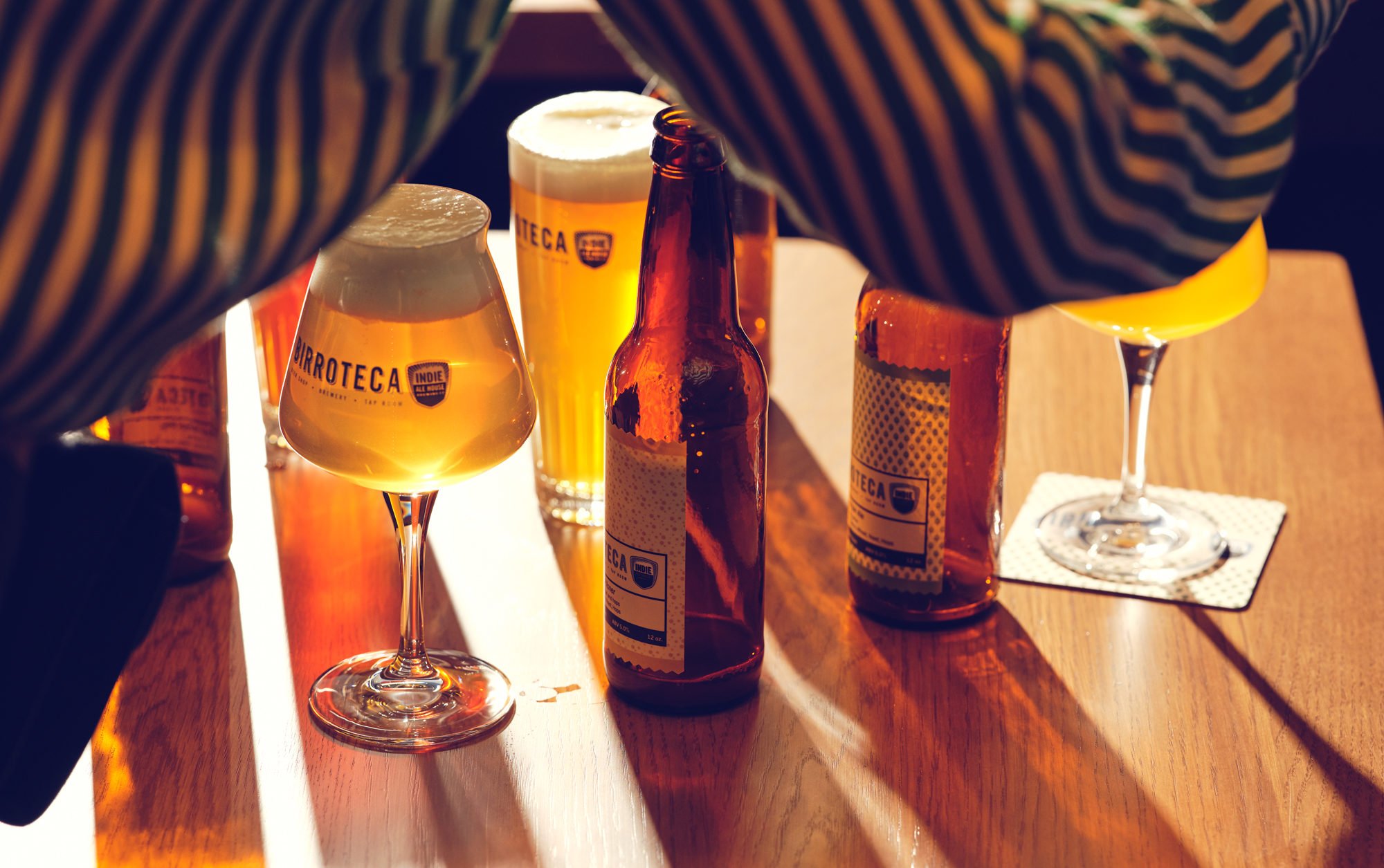 Escape the crowds in the on-site brewery

2 Long before eataly was even a twinkle in Toronto’s eye, Jason Fisher, the owner of the Junction’s Indie Alehouse, emailed Eataly CEO Nicola Farinetti to say that one day he would run the on-site brewery, if the brand ever came to our city. At the time it was like, “Toronto, who?” Five years later, Fisher has his Birroteca. The basement brewery functions mostly as a retail shop, but there are seats if you want to stay for a flight of Italian-inspired brews (the Bionda, a crisp, ever-so-slightly hoppy pilsner, is our favourite). The quiet, catacomb-like space can provide some much-needed peace for when the market’s madness gets to be too much. 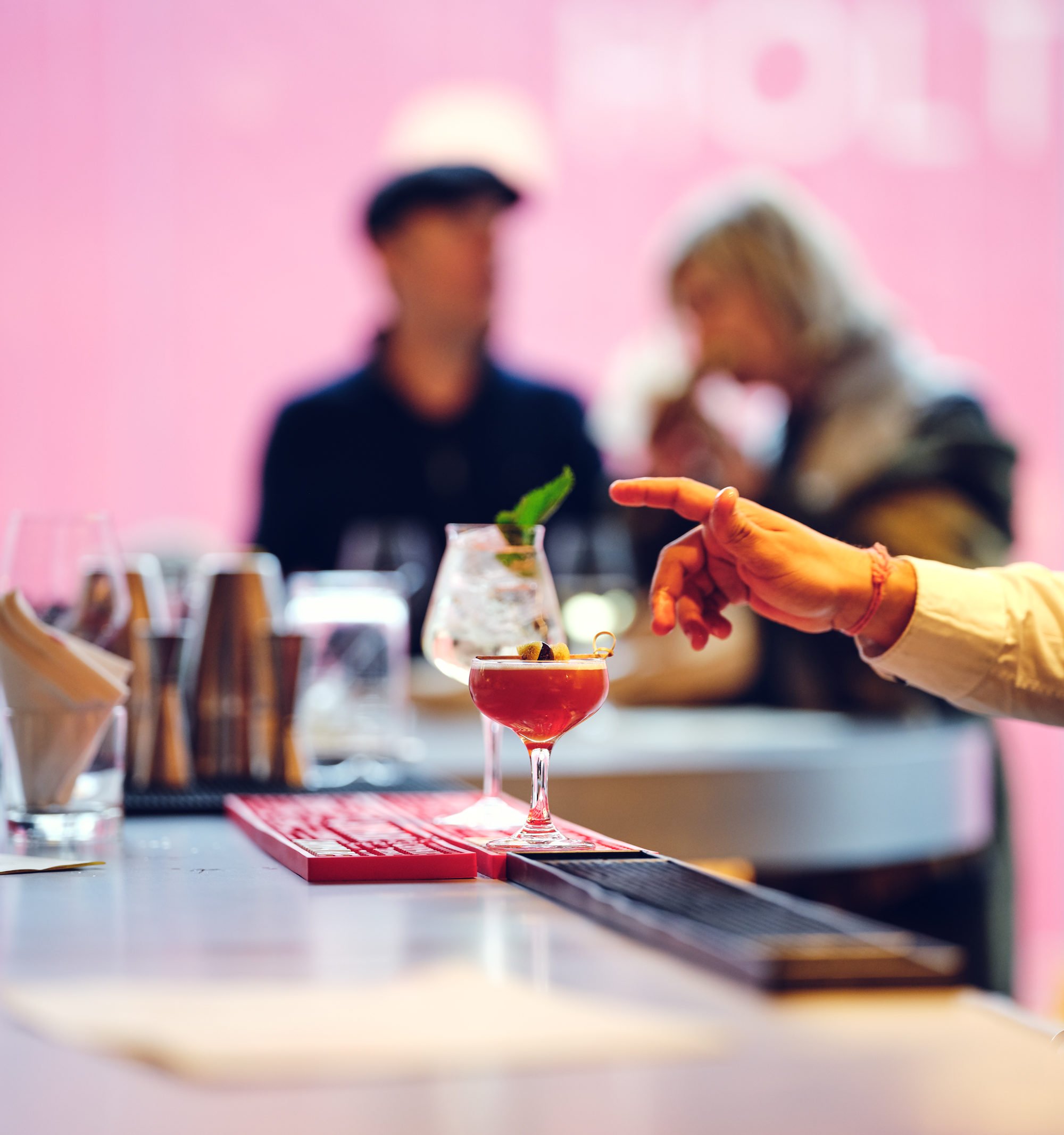 Cruise around in cocktail mode

3 Lines are just part of the Eataly experience—like the airport, but with way better pizza. Unlike the security line at Pearson, however, the entire Eataly space is licensed. Before deciding what to eat—there are several full-service restaurants and nearly a dozen kiosks and bars—grab an Aperol spritz or a glass of fizzy Lambrusco or, heck, a whole bottle of Lambrusco to help take the edge off the inevitable wait. 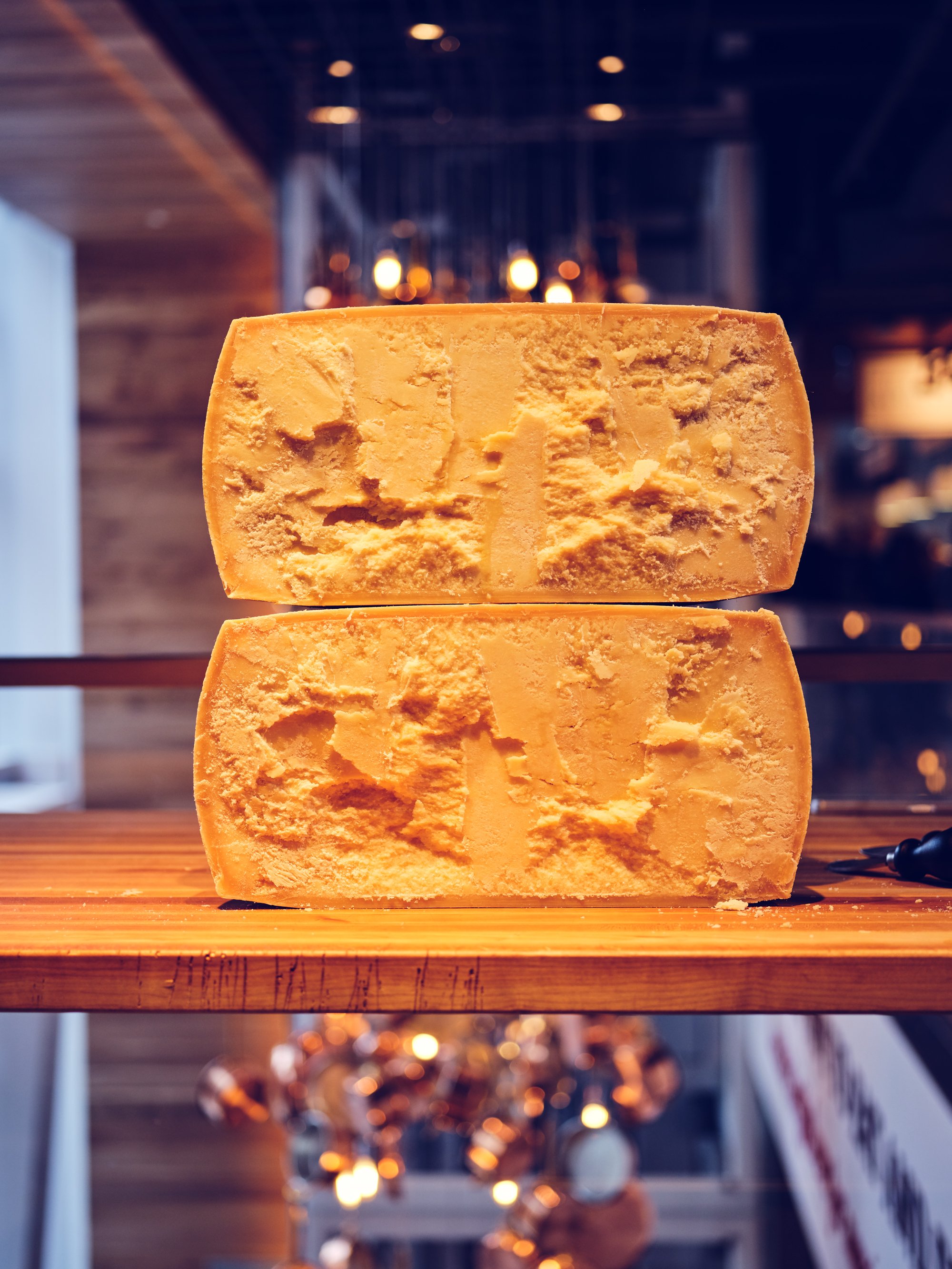 Trade a chunk of change for a wheel of cheese

4 Throughout the store, wheels of Parmigiano-Reggiano practically the size of car tires are stacked in piles and lined up along shelves, like some kind of beautiful, cheesy art installation. Aged for a minimum of 12 months, the 80-pound dairy dynamos go for a cool $2,000 each—but you can find hunks of the stuff in the cheese department for a fraction of that price. If you’re lucky, you’ll show up on a day when the team is handing out free samples paired with balsamic vinegar from Michelin-starred Italian chef Massimo Bottura. 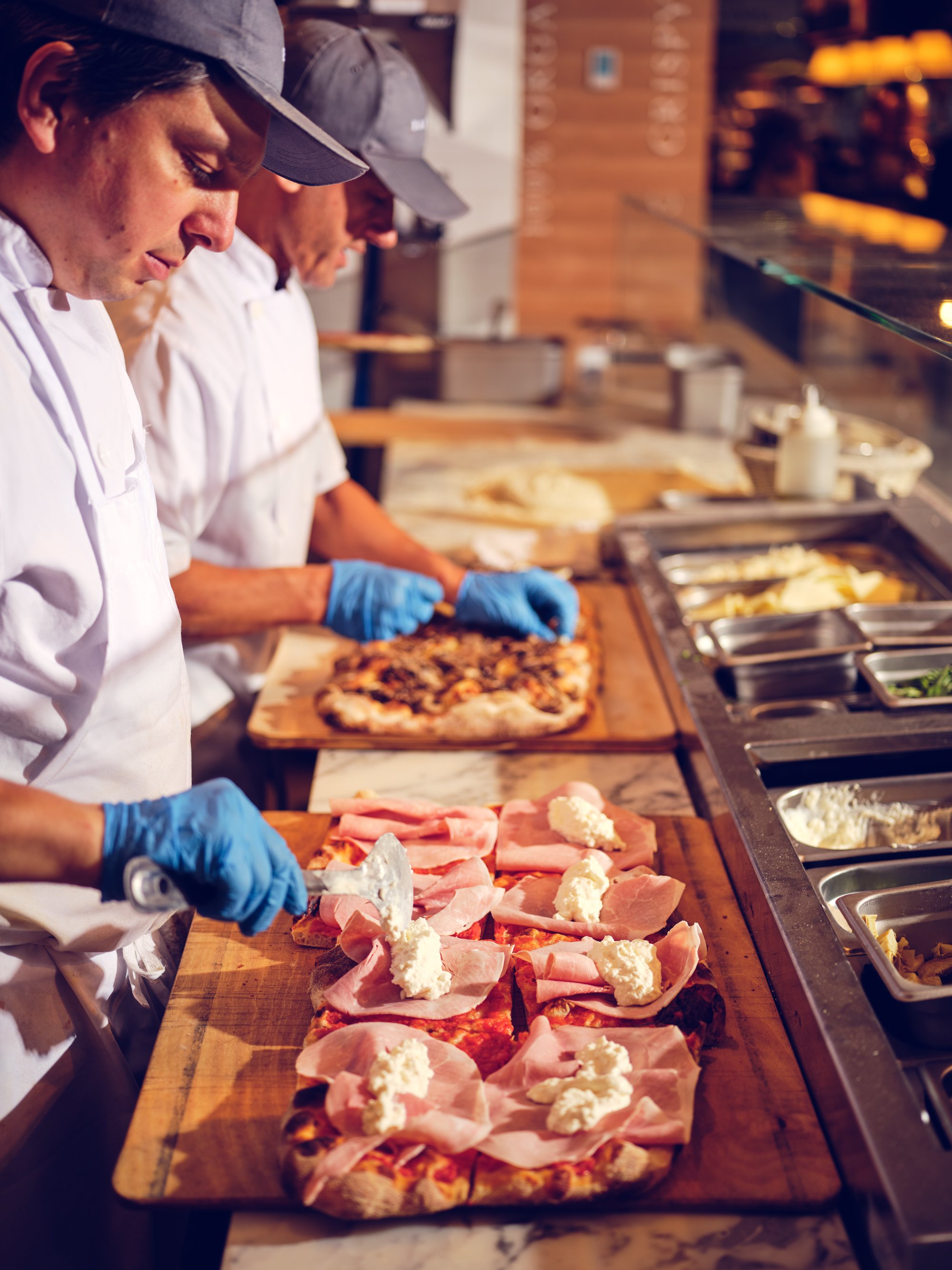 Pick your pizza—or try all three

5 In Rome, they make pizza in big rectangular slabs. In Naples, they make round, thin pizzas with pillowy, blackened crusts. In Turin, they make fluffy pan pizzas. At Eataly, they make all three. The longest lines are usually for the Roman-style pizza alla pala, where the rustic slices may be simply brushed with tomato sauce or buried under layers of tricolour cherry tomatoes, prosciutto and creamy stracciatella. They’re a solid walk-and-chew option, but you might want to ask for your slice to be warmed up. 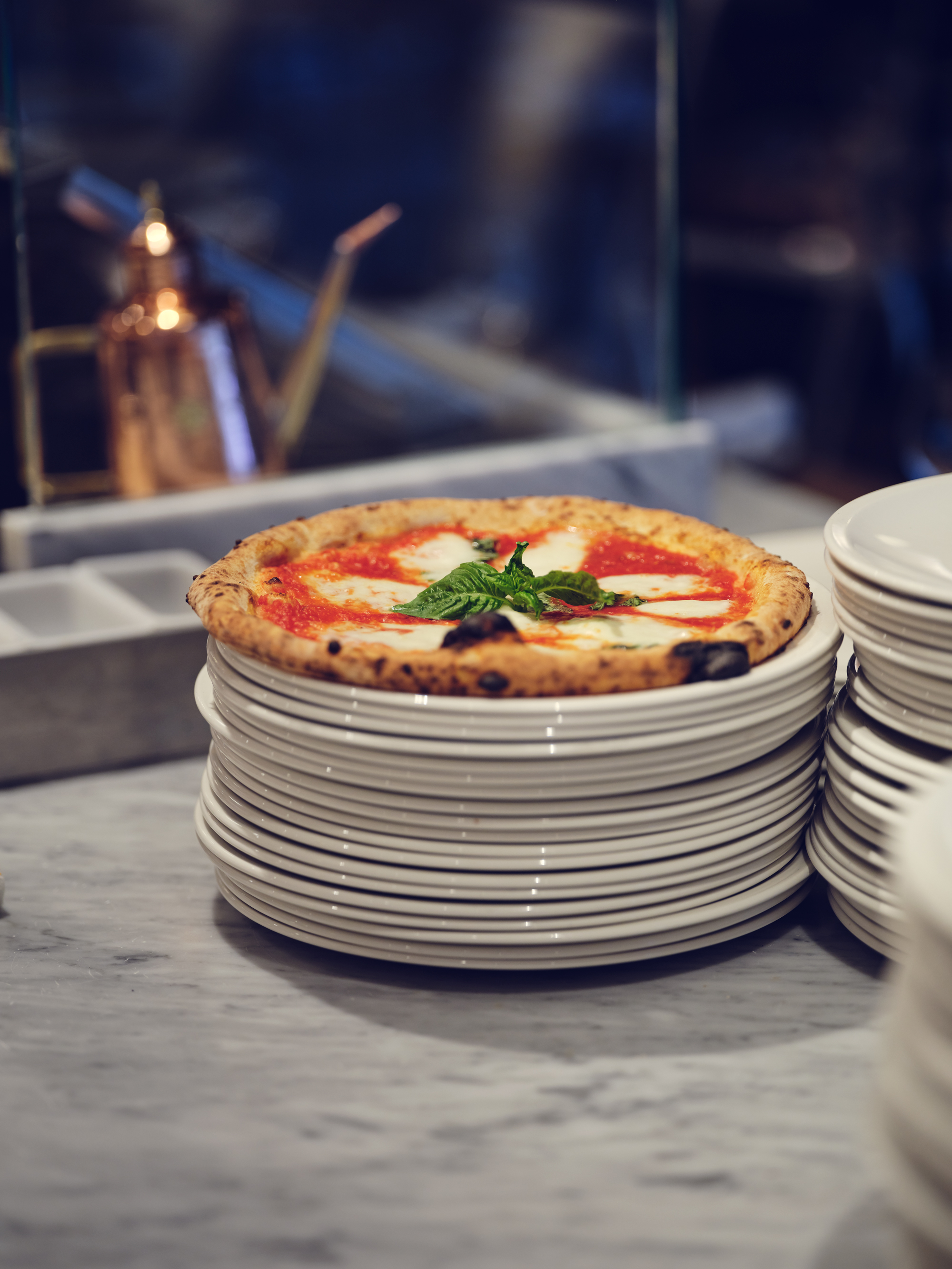 The Neapolitan pies, like the margherita verace TSG, made with top-notch Campanian buffalo mozzarella, are as traditional as they come, and made to exacting pizza-nerd specs. They’re served at the sit-down La Pizza e La Pasta restaurant or available to go in sleek insulated pizza boxes. 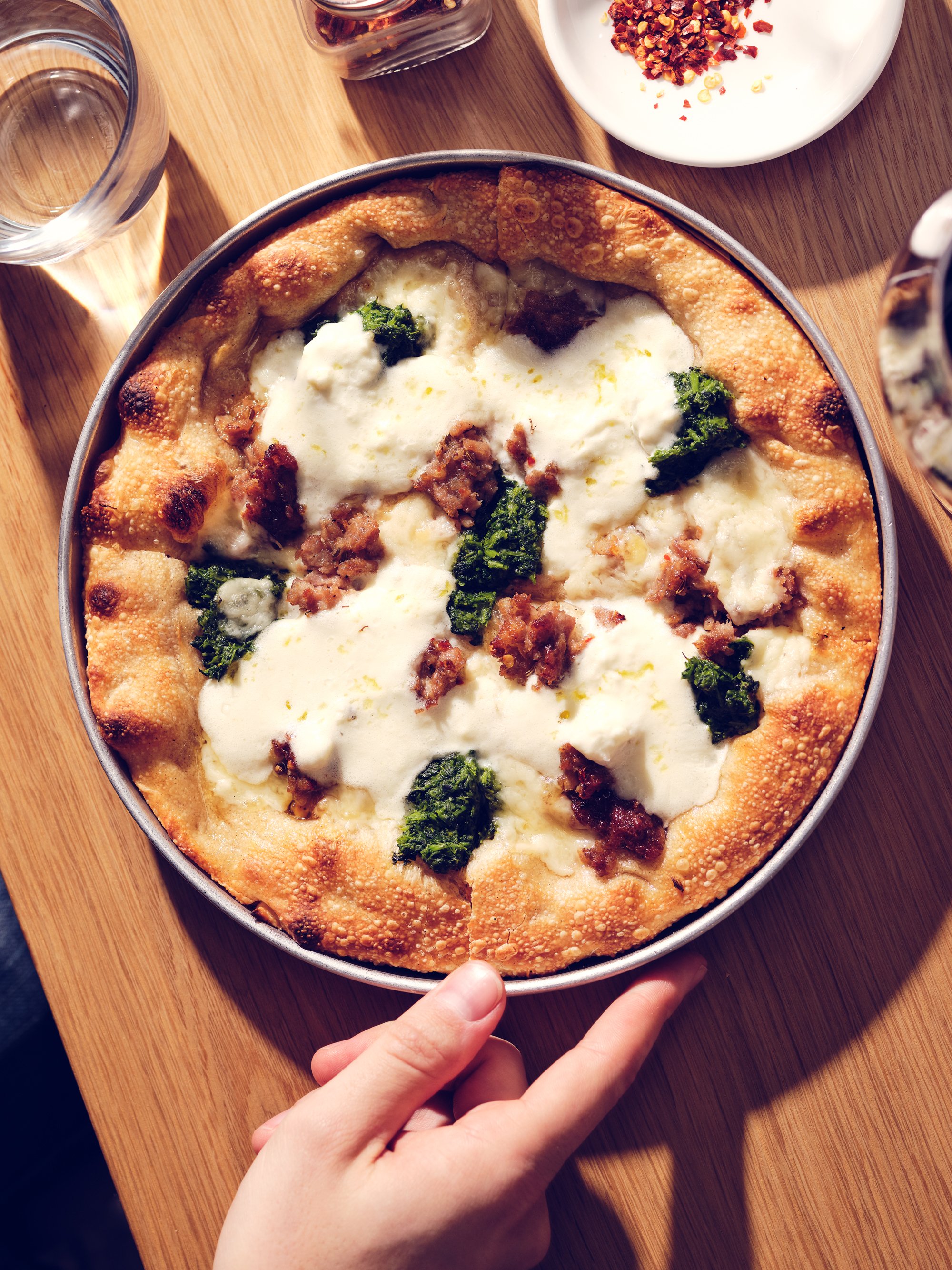 Our favourite is the pizza al padellino, which is a bit like a Pizza Hut personal pan pizza that went to culinary school and upgraded itself in every conceivable way. The crust has a lovely balance of stout resistance and pillowy give, and a wonderful chewy texture fresh out of the oven. We highly recommend the sausage and rapini version. 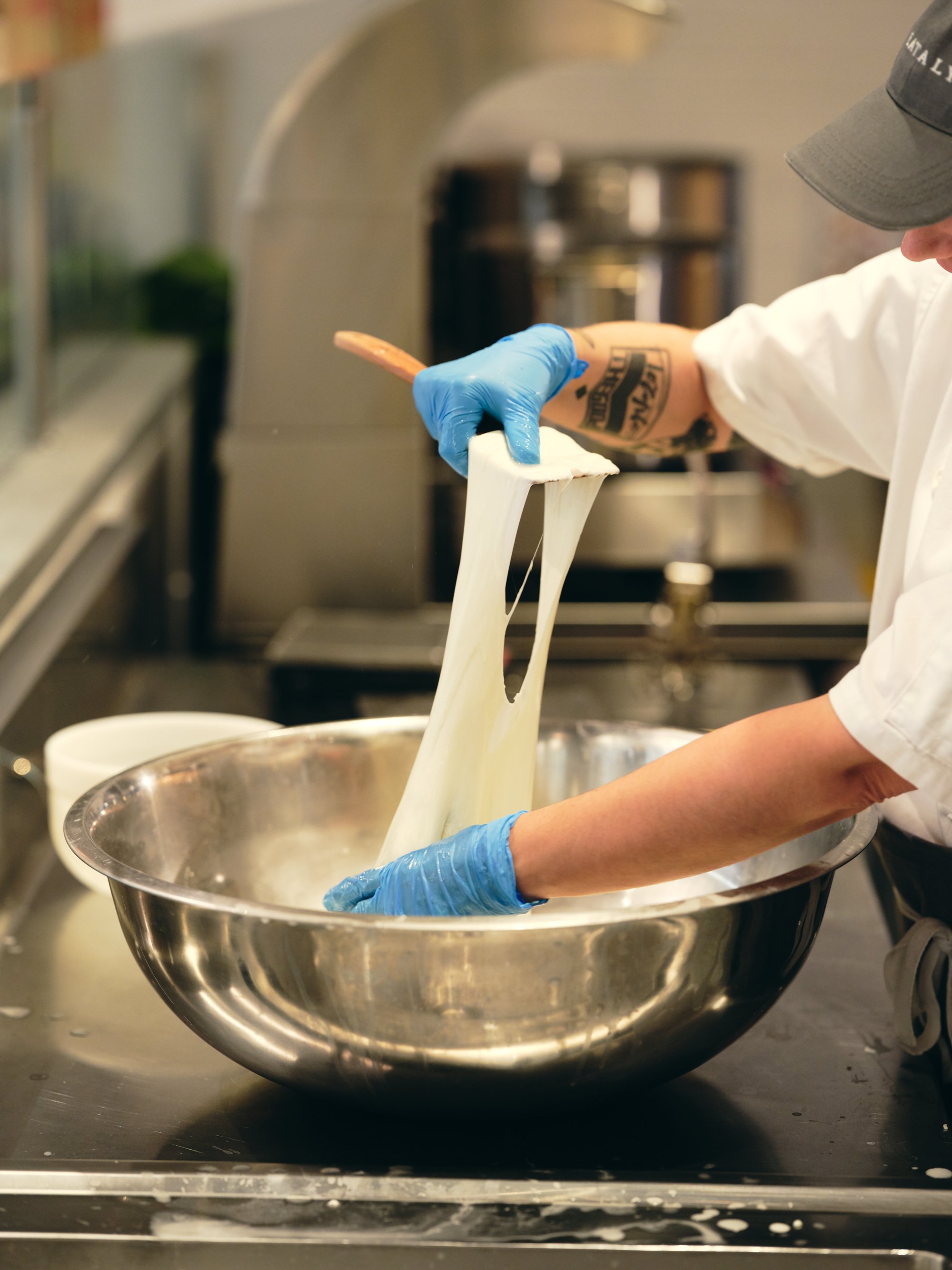 Grab some super-fresh mozz at the cheese lab

6 The showpiece of the Eataly cheese department—and there’s a whole lot of cheese to look at, sorted by age, rind and firmness—is the mozzarella lab. That’s where the freshest mozz imaginable is stretched and massaged into taut round bundles every day, beginning with a local curd from Quality Cheese in Woodbridge. It’s firm and pizza-ready, but the real prize is the fresh stracciatella—mozzarella’s creamier cousin—which demands to be slathered, spread and dolloped on everything from pasta to salads. 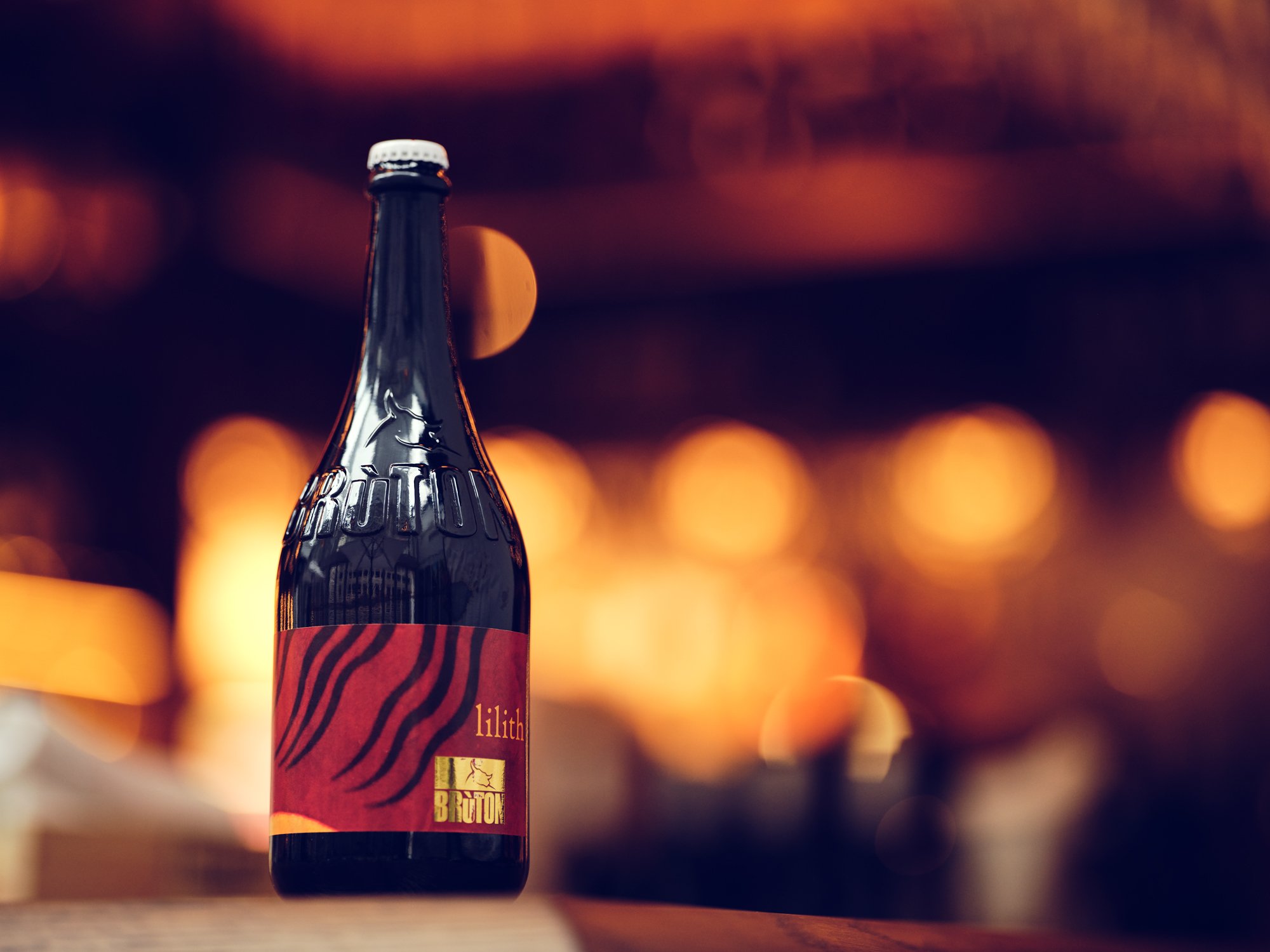 Throw back a rare Tuscan beer

7 Eataly’s sit-down spots all have lengthy wine lists, but if you’re here for the beer, brush past the local options (you can find Godspeed and Collective Arts elsewhere) and zero in on this imported Italian option: Lilith, a 750-mL bottle of pale ale from Tuscany’s Birra Brùton. The citrusy, malty brew is a little bit effervescent, making it perfect for cutting through the fat of the various salumi and formaggi on the gran tagliere, a chef-curated board. 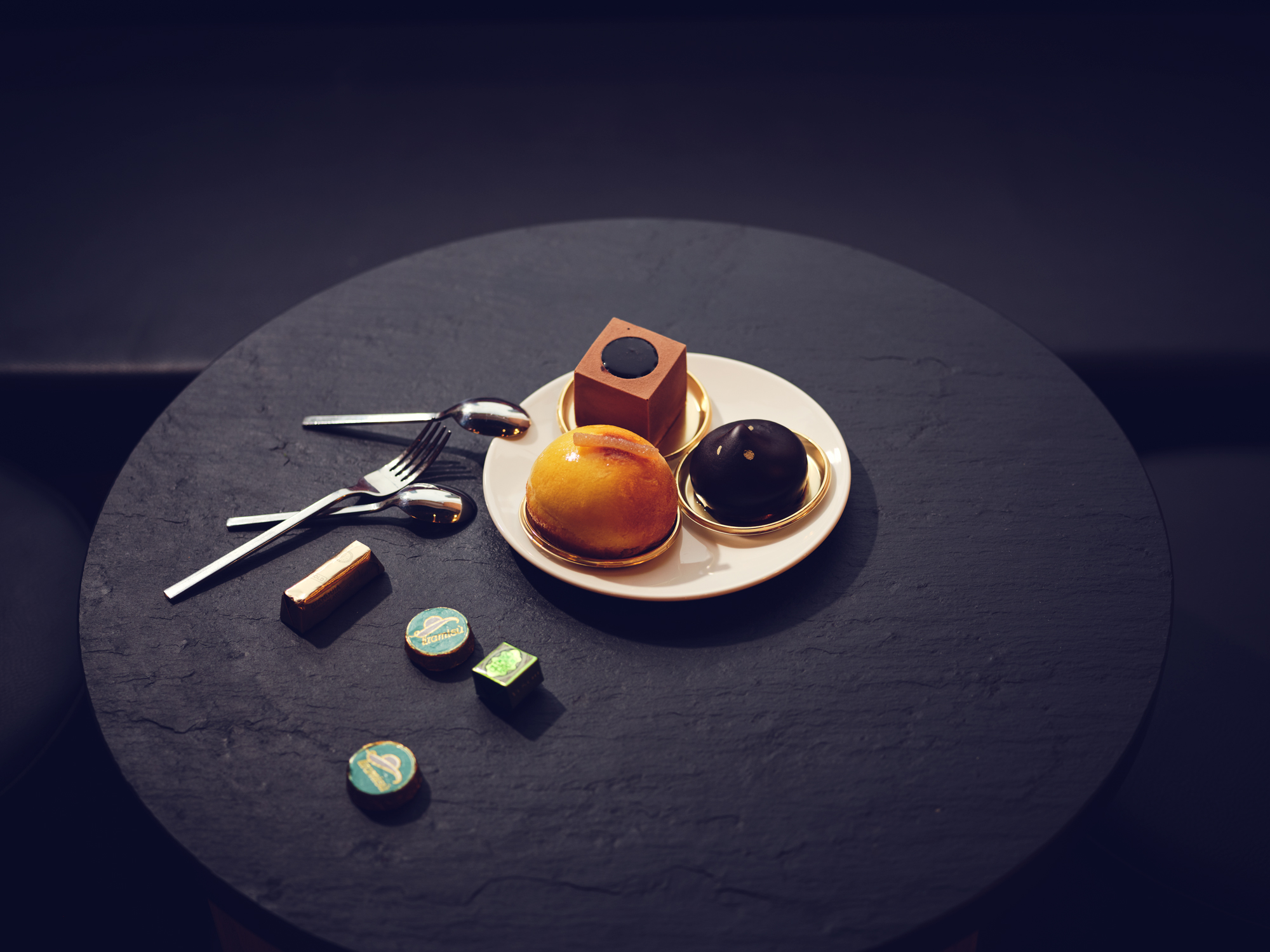 8 None of Eataly’s sit-down restaurants offers desserts. That’s the bad news for those with a sweet tooth. The good news: in addition to the cannoli and gelato counters, there’s a pasticceria counter that sells a gorgeous assortment of puffy pastries, orb-shaped tarts and sundry sweets (and entire pans of tiramisu—two different kinds) that can be ordered by the piece. The more geometric, the better. 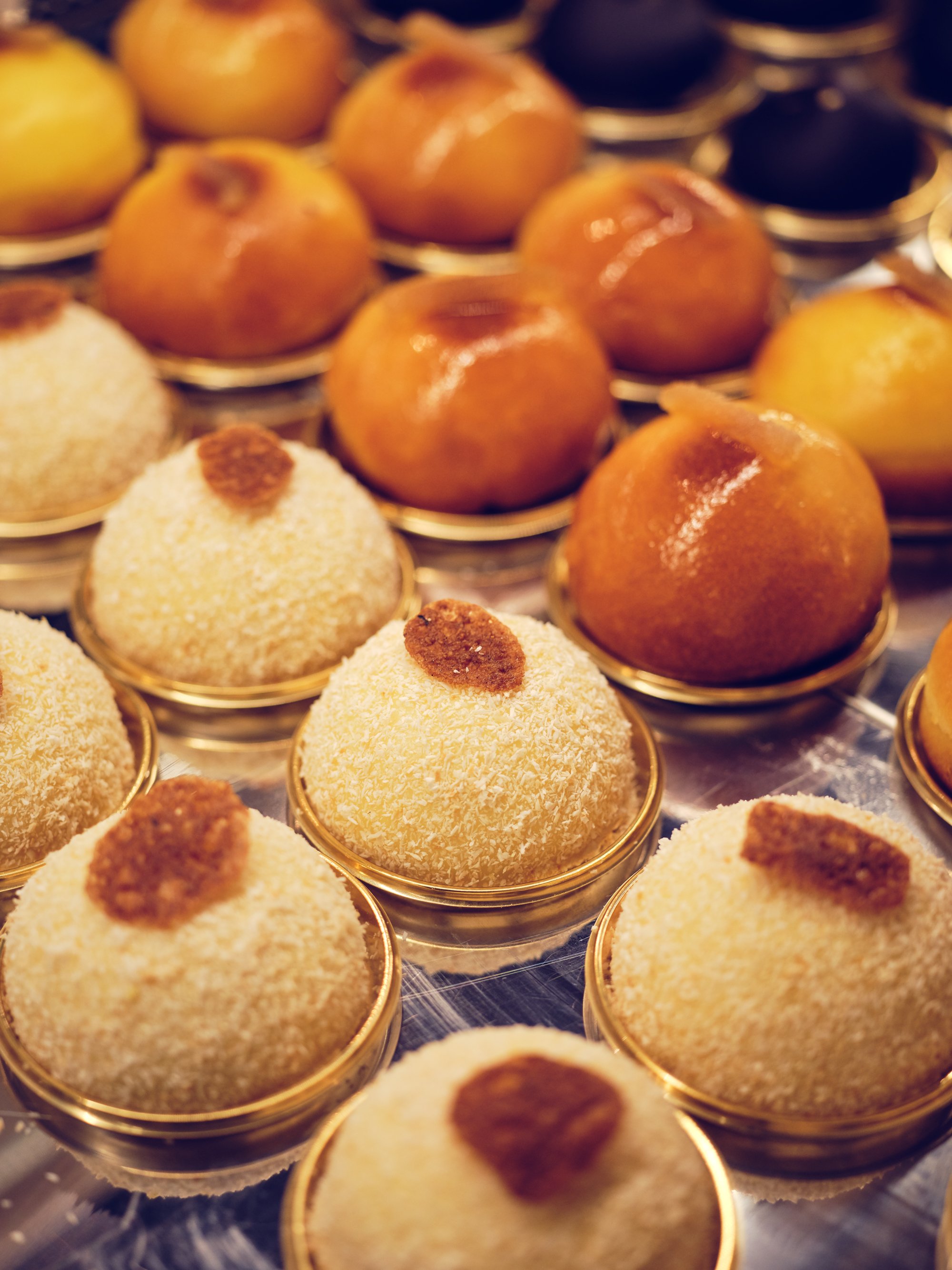 The baba al limoncello looks like a sponge-cake igloo, piped full of lemon cream. The chocolate terracotta is a cube of flourless chocolate cake wrapped around milk-chocolate mousse. And the trio is an Escherian stack of chocolate sponge cake and three kinds of chocolate: milk, dark and white. 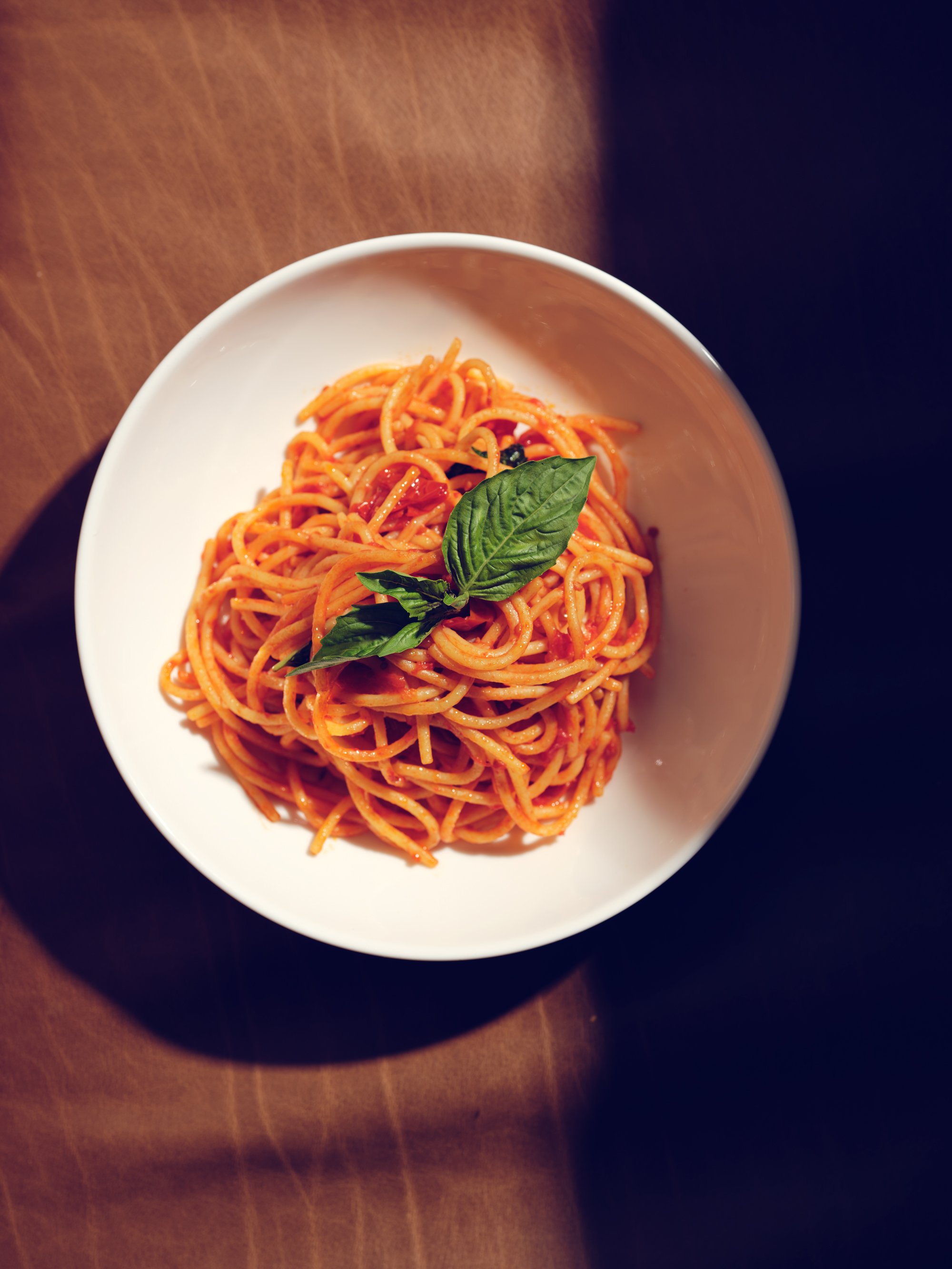 Bask in oodles of noodles

9 You can’t swing a strand of spaghetti in Eataly without hitting some pasta. As its name suggests, half of the menu at La Pizza e La Pasta is dedicated to the stuff. We recommend the beautifully simple spaghetti pomodoro, or, when in season, the tajarin al tartufo, house-made ribbons drenched in a grown-up butter sauce and topped with fresh parm and a flurry of white truffle shavings. Home cooks who want the fresh stuff without having to make it from scratch should make a beeline for the fresh pasta counter, where talented pastai do their thing with dough all day, turning out all kinds of shapes—from classic tortellini to flower-shaped gigli and the braided loops of Sardinian lorighittas. The display case looks like it’s filled with hundreds of pieces from a popped Perfection game. 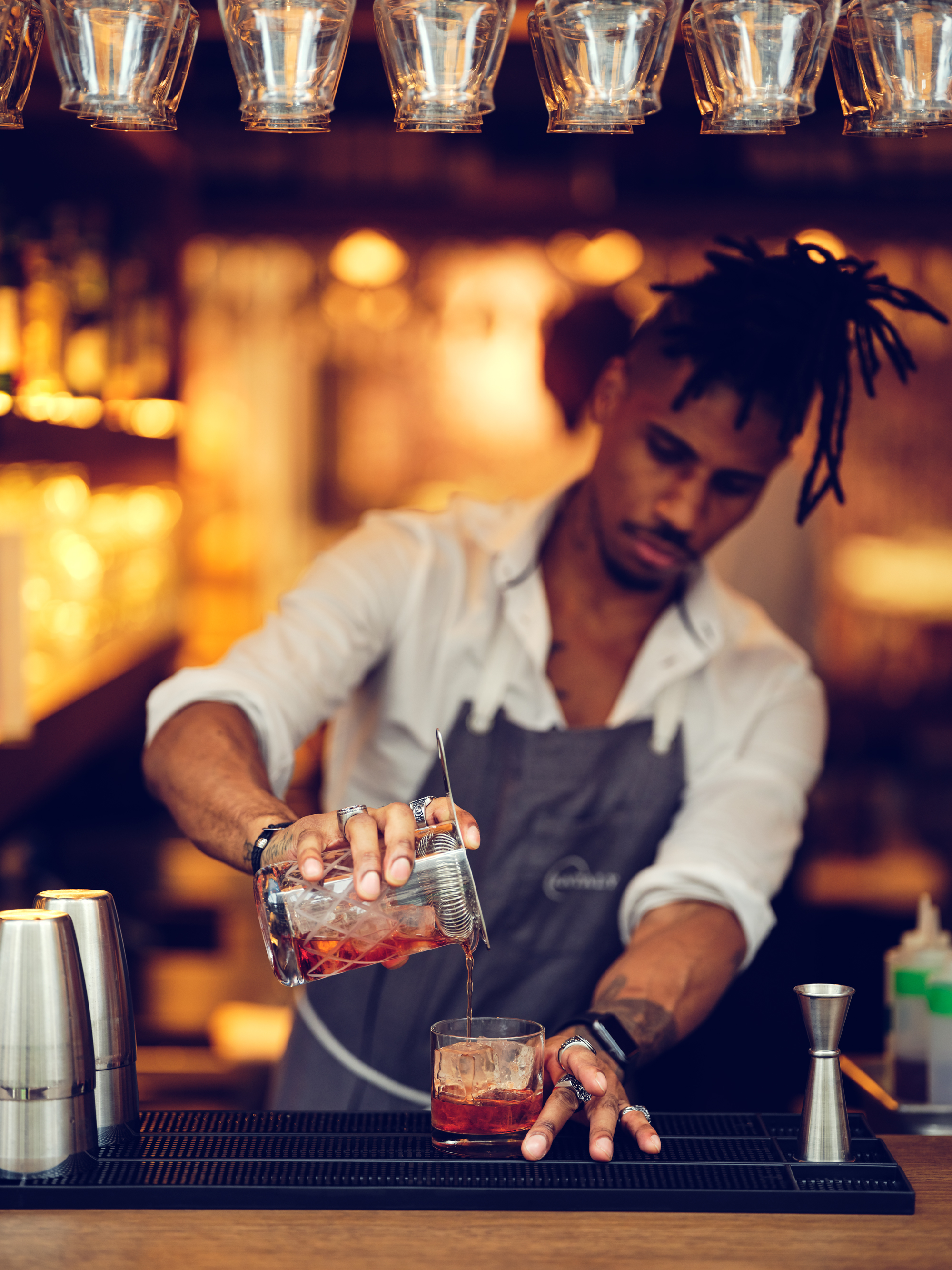 Drink a different cocktail every hour of the day

10 It’s basically always alcohol o’clock here. We wouldn’t call them pushers or anything, but the fine people of Eataly have decided exactly which boozy beverage you should be drinking at every hour of the day: from an 11 a.m. glass of pre-lunch wine to an afternoon espresso with a shot of grappa, all the way to a post-prandial digestivo and a nightcap before calling it quits. 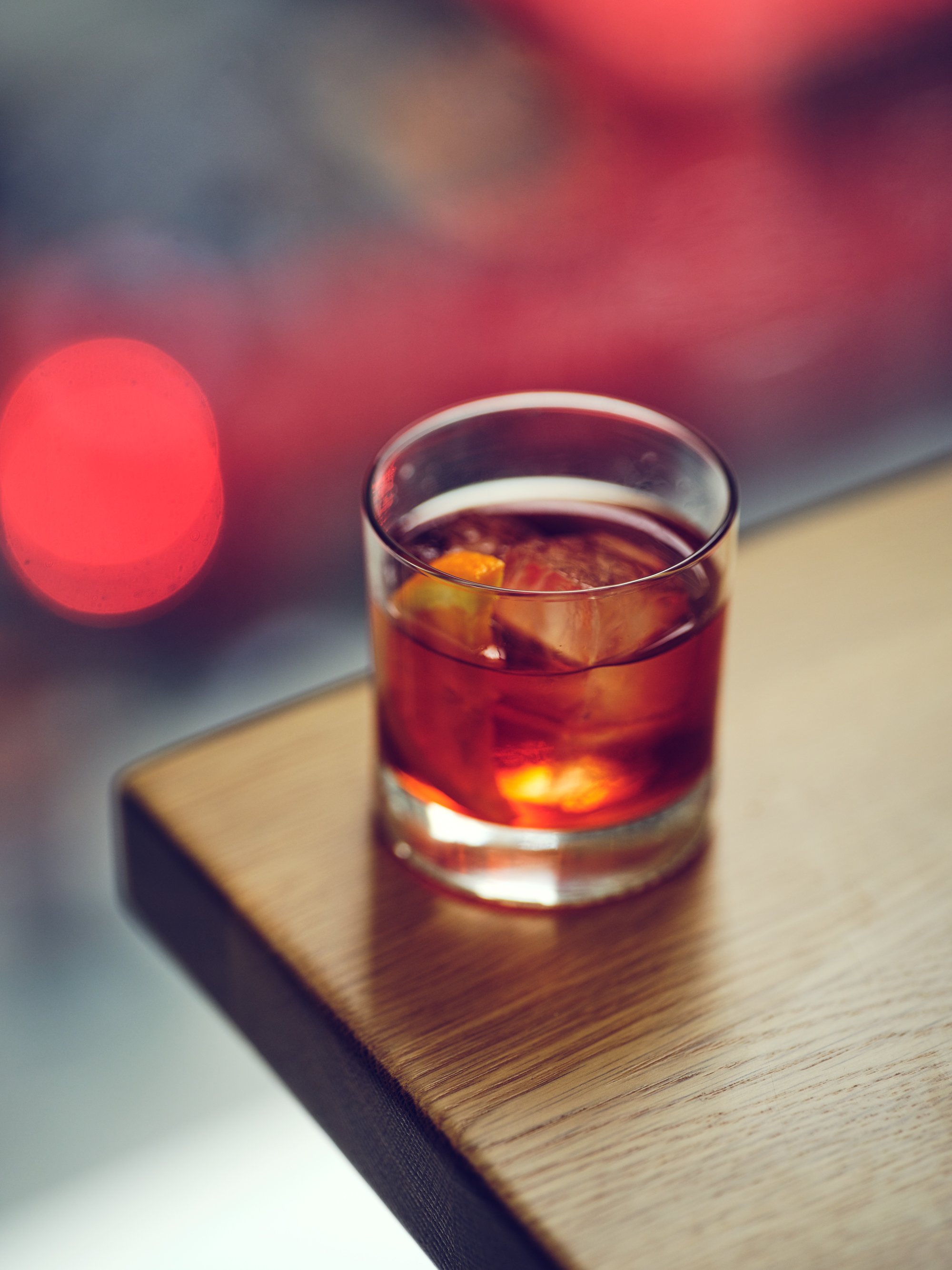 For the record, though, we think any time is the right time for a negroni—and you can find very well-made ones at every one of Eataly’s restaurants, as well as at the enoteca and the main-floor Il Gran Caffé. 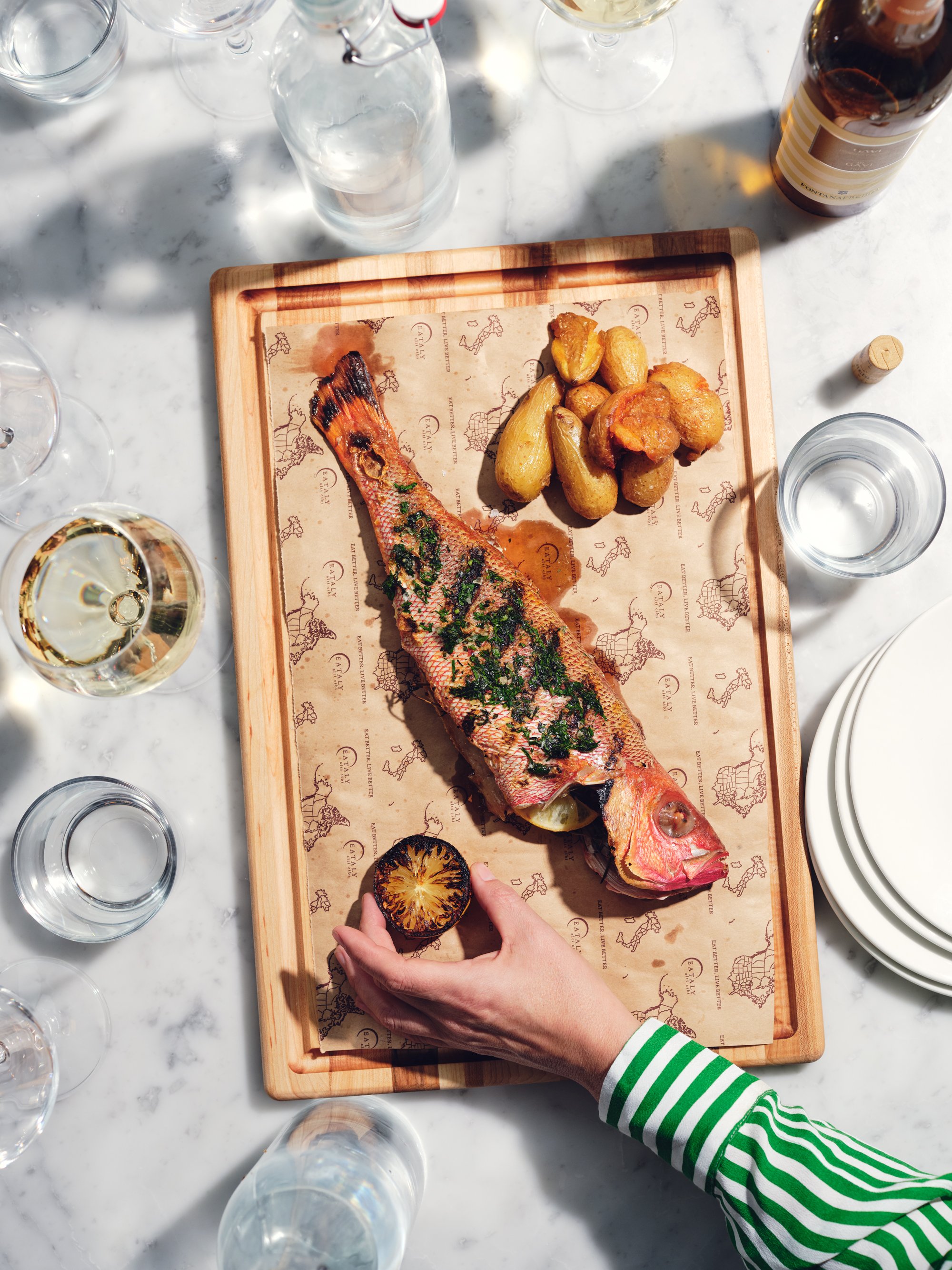 Eat dishes of the freshest fishes

11 Carb loading is Eataly’s raison d’être. But because it’s inadvisable to subsist on pizza and pasta alone, there’s La Pescheria. It’s the most distinct of the complex’s three sit-down restaurants, with floor-to-ceiling windows overlooking the intersection of Bay and Bloor. Exceptionally fresh fish, sourced by Diana’s Seafood in Scarborough, are presented whole and with simplicity—lightly seasoned and served with supremely tender smashed fingerlings. If you prefer a gentler comedown from the carb high, fear not: a bowl of stubby scialatielli noodles in a poached fish ragu is an ideal marriage of pasta and pesce. 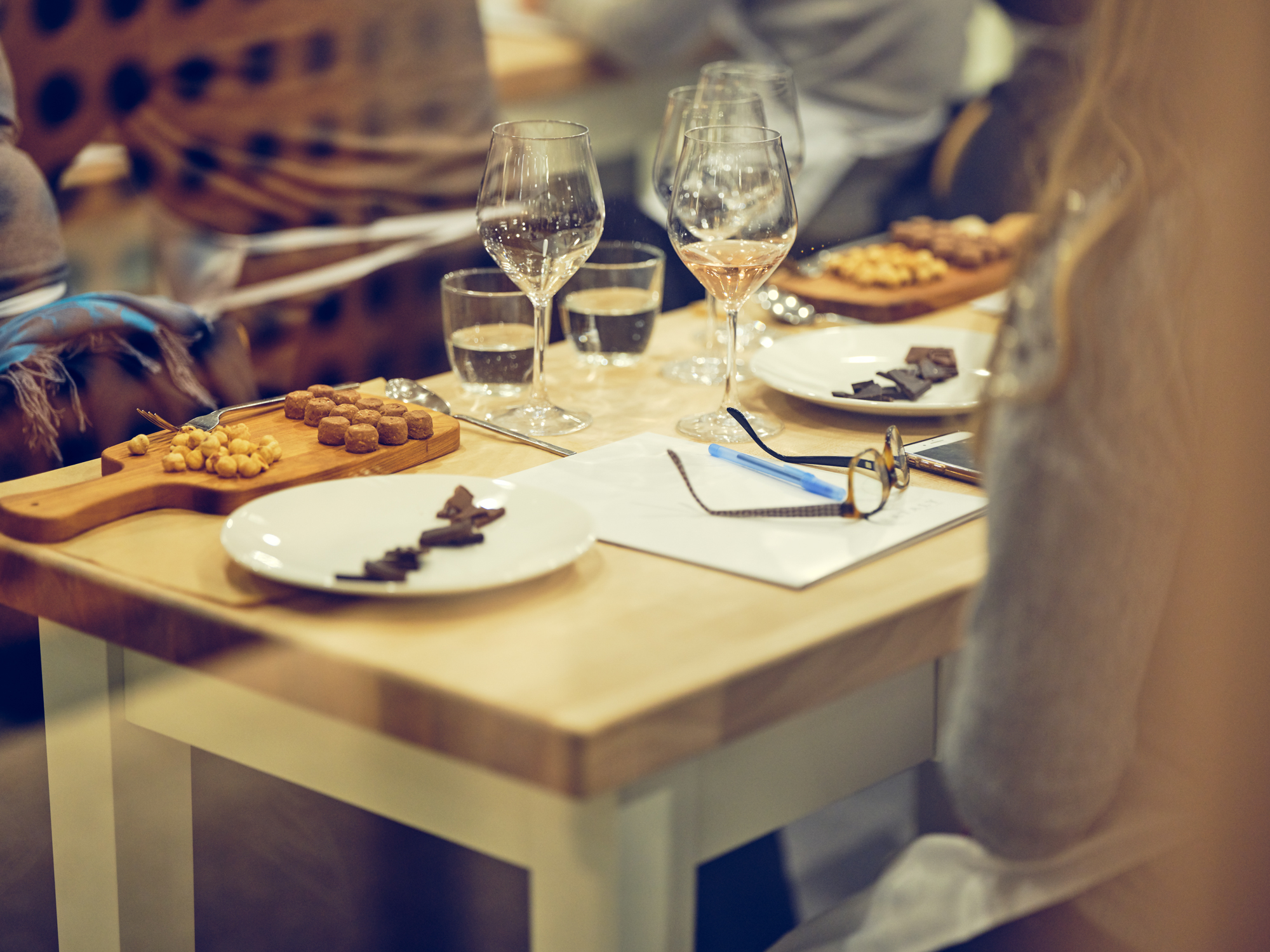 Find out how Nonna does it

12 Anyone can sign up for classes at the store’s on-site scuola, an 18-seat classroom and kitchen. This is where Eataly’s experts show aspiring cooks how to make gnocchi, risotto or Neapolitan pies during hands-on lessons. More casual, less chef-driven lessons include how to put together a perfect charcuterie platter, and—even more casual, but just as much fun—how to pair four Italian cheeses with four Italian wines.

Eataly stocks over 10,000 products for sale. Here are 11 of our early favourites 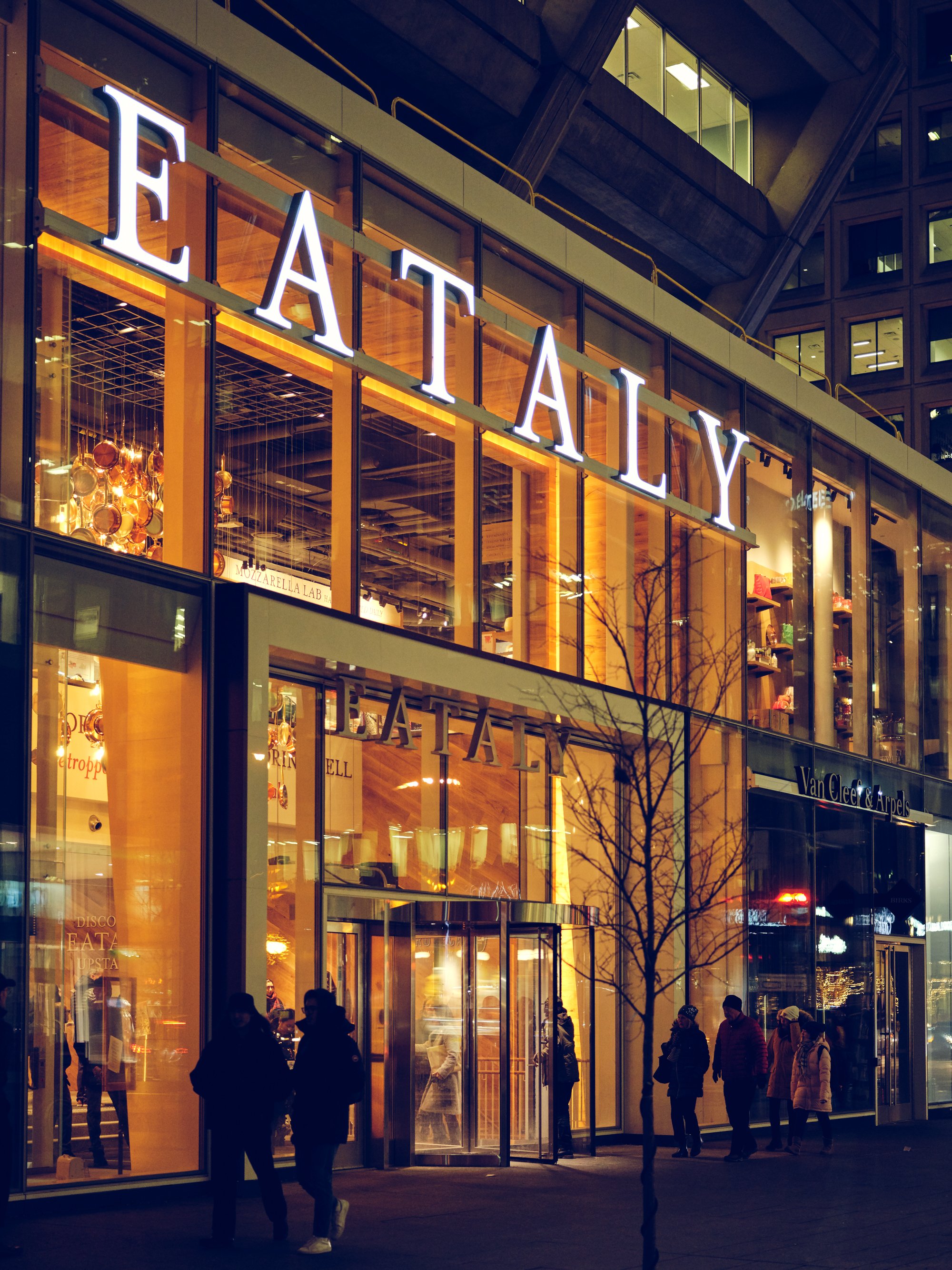 This story appears in the February 2020 issue of Toronto Life magazine. To subscribe, for just $29.95 a year, click here.